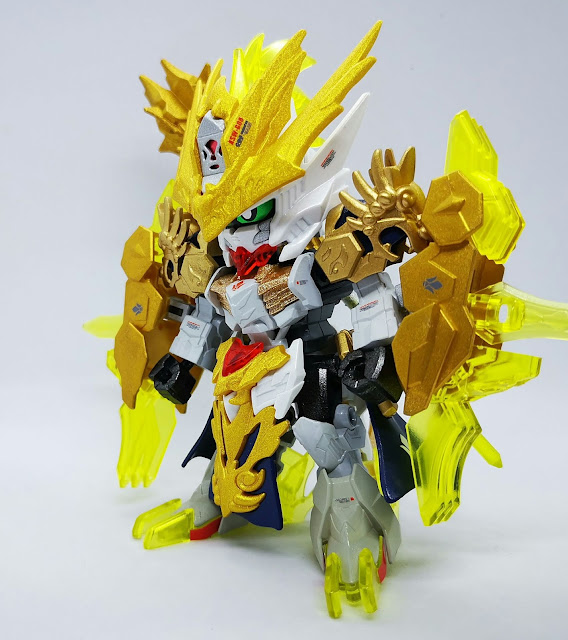 Without a doubt, the best looking member of the Dragon's Watch.
Ma Chao Gundam Barbatos gets a model kit release despite being only on screen for like 15 seconds in episode 1 of the anime series (then again, Zhao Yun 00 Gundam got thrown off a cliff...). Nevertheless, as far as the SD Sangoku Soketsuden model kits go, Ma Chao ranks as one of the best so far.

While the blue parts seen on the box are actually molded in black, Ma Chao is still pretty well part-separated. Out of all the SD Sangoku Soketsuden model kits I've built so far, Ma Chao definitely looks the best. The amount of parts and accessories bundled with Ma Chao also gives it a bulky, overpowered look, which actually works to accentuate and amplify the beastial ferocity from the Gundam Barbatos Lupus Rex design that Ma Chao is based on. Of course, the bulk restricts articulation but Ma Chao looks formidable even just standing still.

As compared to its predecessors, Ma Chao is even more wonderfully part-separated, with the gold/ clear bits layered onto darker colours to form great contrasts in textures and tones. To bring these out even further, I applied four shades of gold to the kit: Bosny Gold, Bosny Sparkle Gold, CT7 Gold, and Nippon Pylox Flash Gold.

The colours used for this build are:
Ma Chao's main weapon is the massive mace that is ostensibly based on the one from the Gundam Barbatos Lupus Rex. As tall as Ma Chao with a snug, almost tight, fit into the hands, the weapon can be held with both hands in a natural, dynamic stance. Other weapons from this SD line can also fit into the tip of the mace to further enhance its ferocity.

The claws are undoubtedly based on the oversized arms of the Gundam Barbatos Lupus Rex, with fearsome clear yellow parts at either tip. While a little restricted in terms of articulation due to its SD nature, Ma Chao is still able to pull off great poses with the claws. The huge claws do get in the way of posing the gigantic mace, but they can be easily removed to give Ma Chao a leaner, more fluid look.

In all, Ma Chao is an amazing and fun SD kit to paint and build, with a splendid end result! I highly recommend this kit if you're looking for something quick and easy to do with a huge payoff! 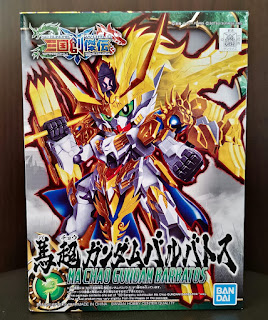 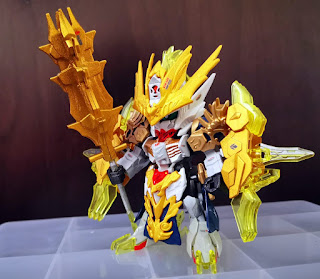 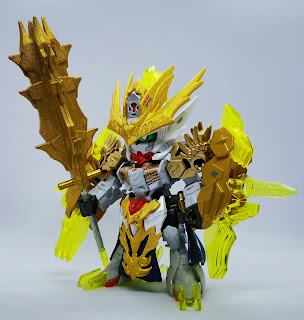 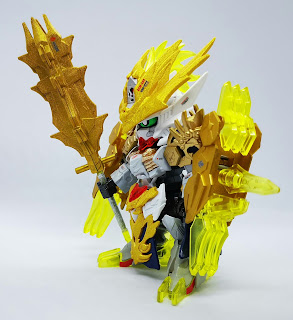 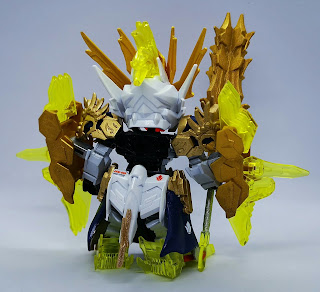 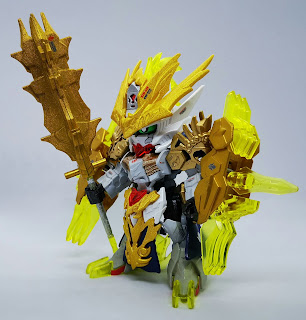 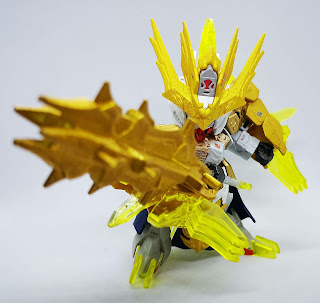 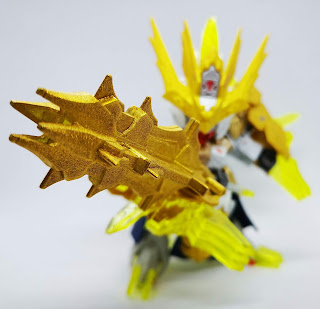 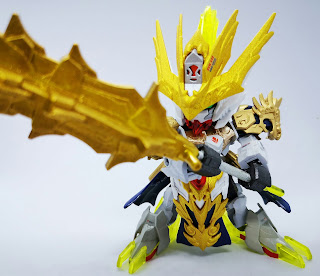 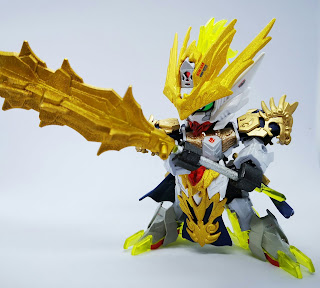 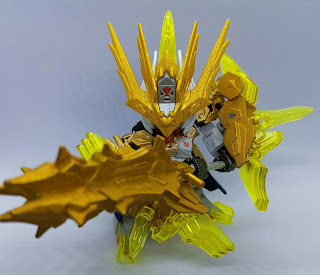 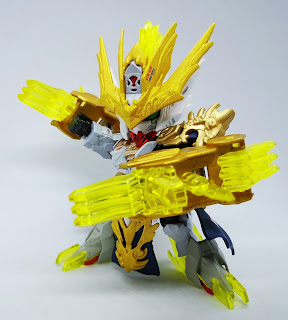 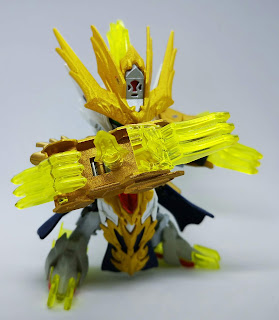 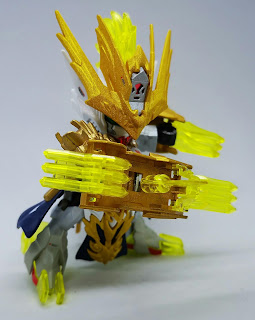 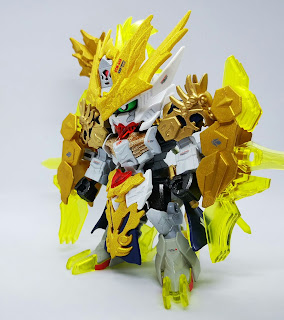 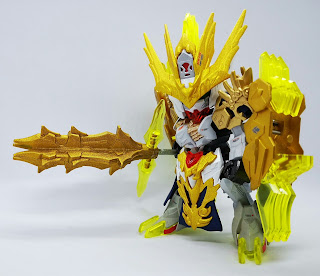 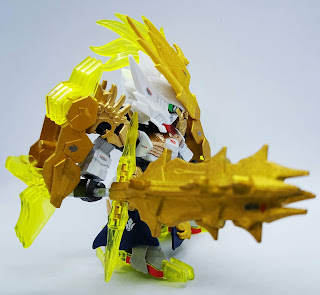 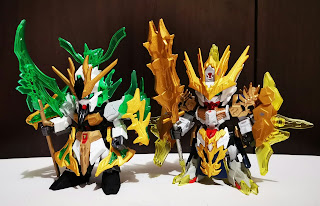 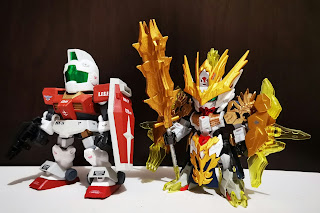 Posted by Gunplanerd at 4:54 PM