The original Galluss was a high performance combat machine, able to hold its own against high end Federation mobile suits quite decently. The Schzurum Galluss that appeared during the final episode of Unicorn was in a word, underdeveloped. It didn't kick much ass before taking a booster to the face, what a tremendous waste that was. A ground combat variant of the Schzurum Galluss, this limited production mobile suit combines the best of modern and past technology. Incorporating features that made the Zaku so formidable during the One Year War, the ground type Galluss features substantially more armor, many more weapons and of course a proper thruster-equipped backpack that was curiously missing on the original.

Outfitted for heavy terrestial combat, the Schzurum Galluss Ground Type is able to stay on the battlefield for a lengthy period of time before requiring resupply. Issued to veterans and mobile suit team commanders, the Galluss is able to outperform most of its Neo Zeon and Federation contemporaries in terms of armament, armor or maneuverability. One striking feature of the Galluss is the lack of beam weaponry, armed almost to the teeth with solid weapons. This is due to the proliferation of I-Fields and other anti-beam technology, choosing to focus mobile suit resources on reactor power and speed than on the megawatts of beam weaponry. Therefore, the Galluss is a nightmare for mobile suits that have no answer to its speed or anti-beam coated armor, quickly reduced to shrapnel from the Galluss' machine guns and bazookas. 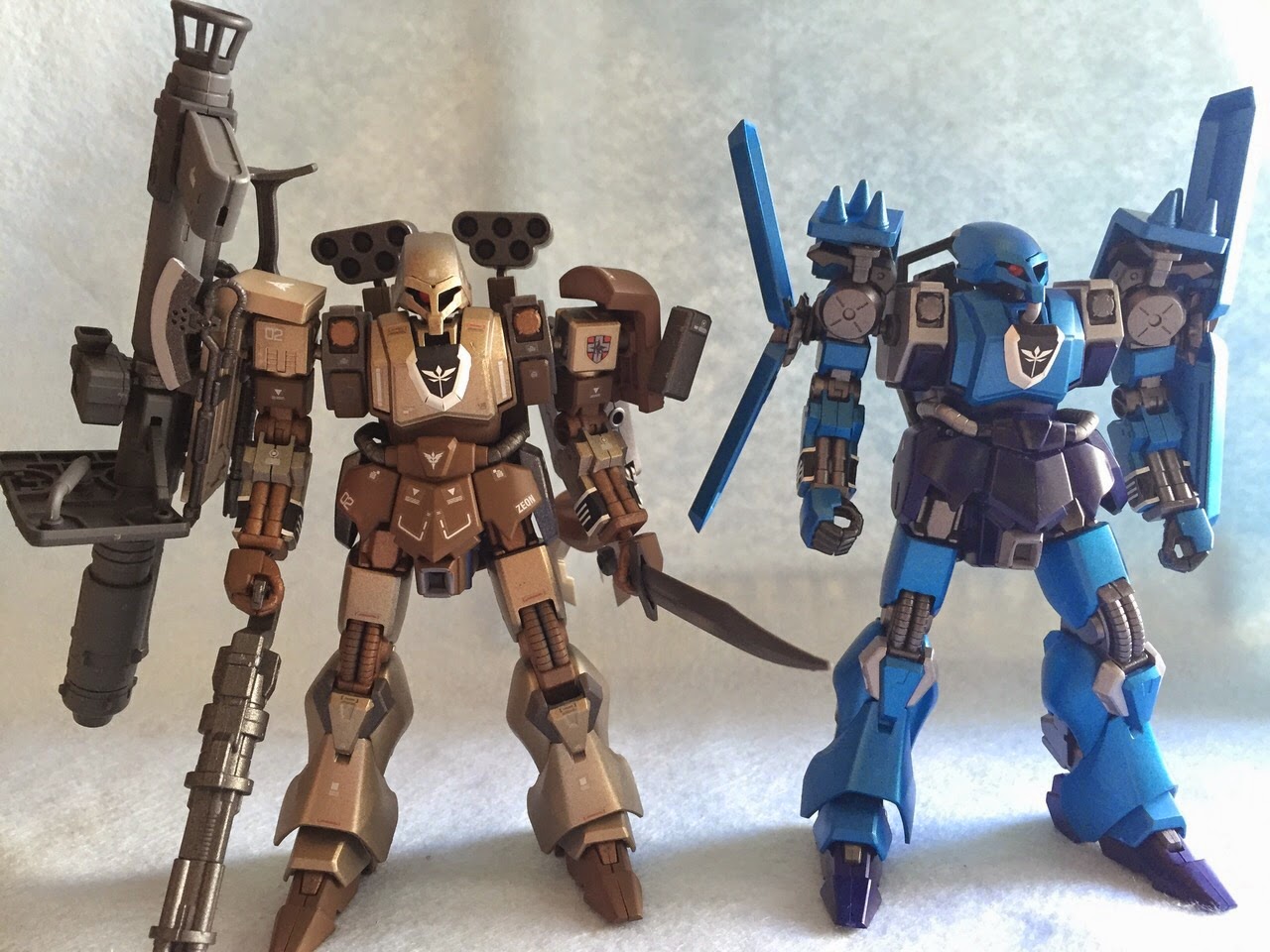 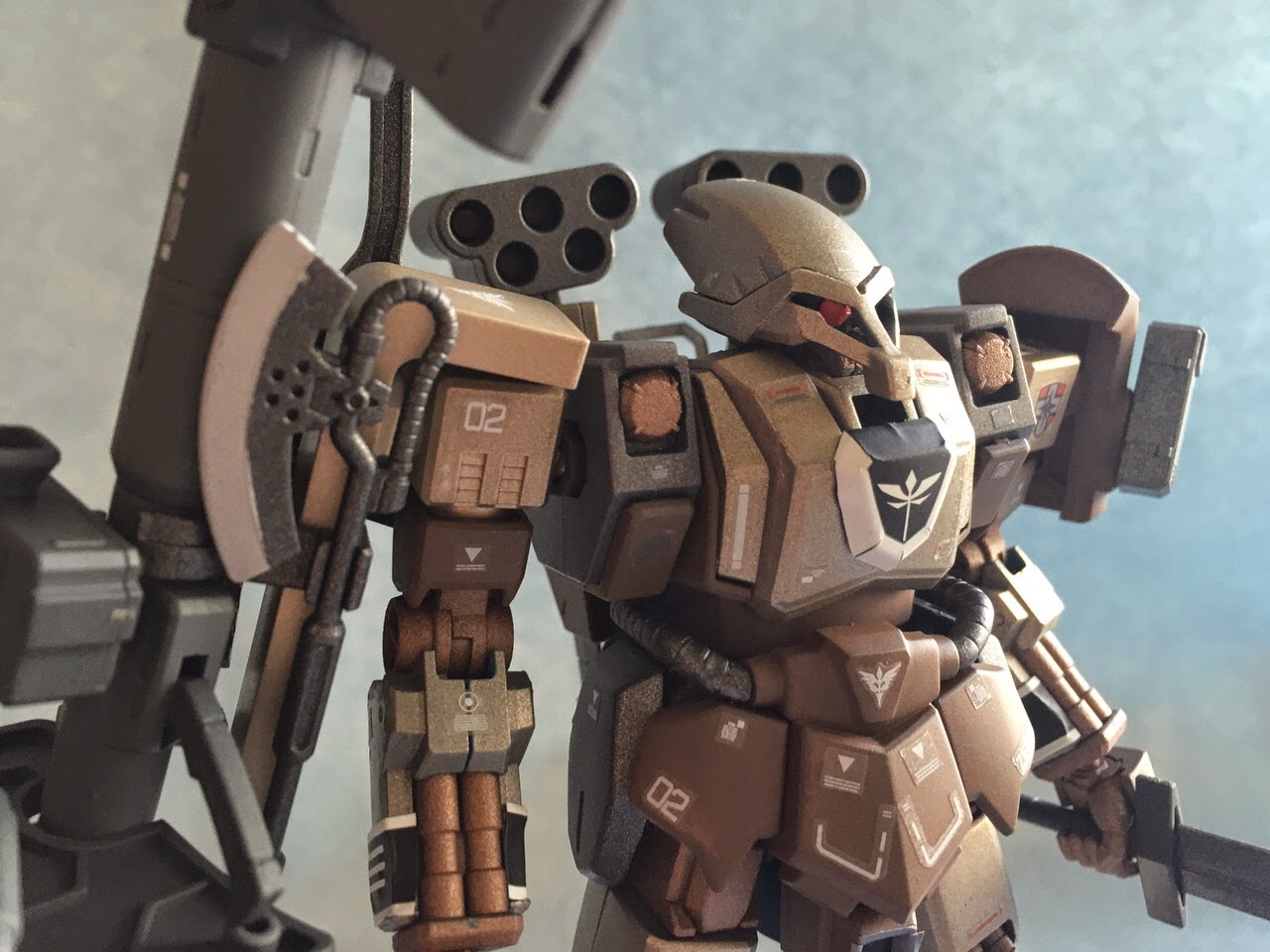 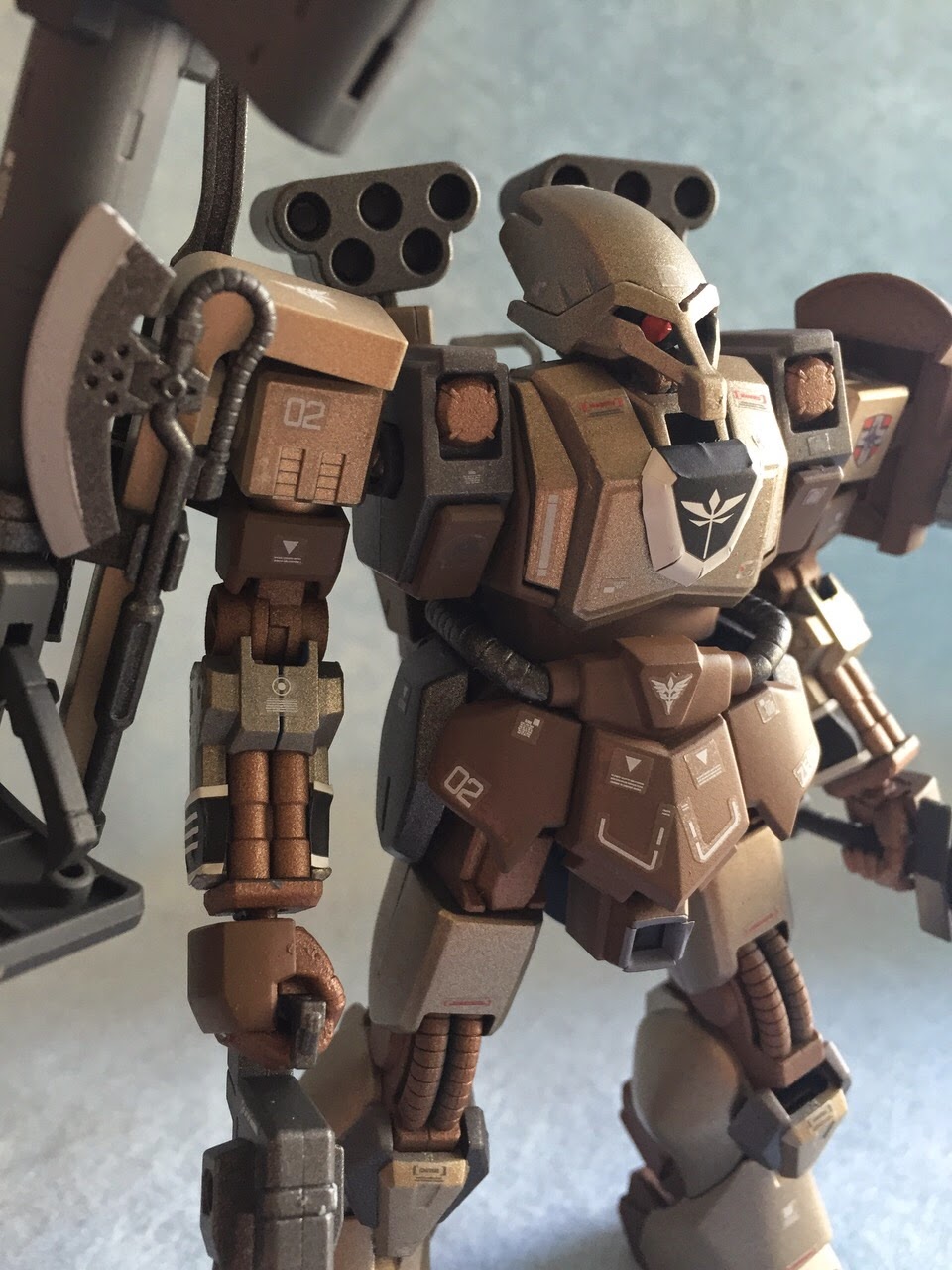 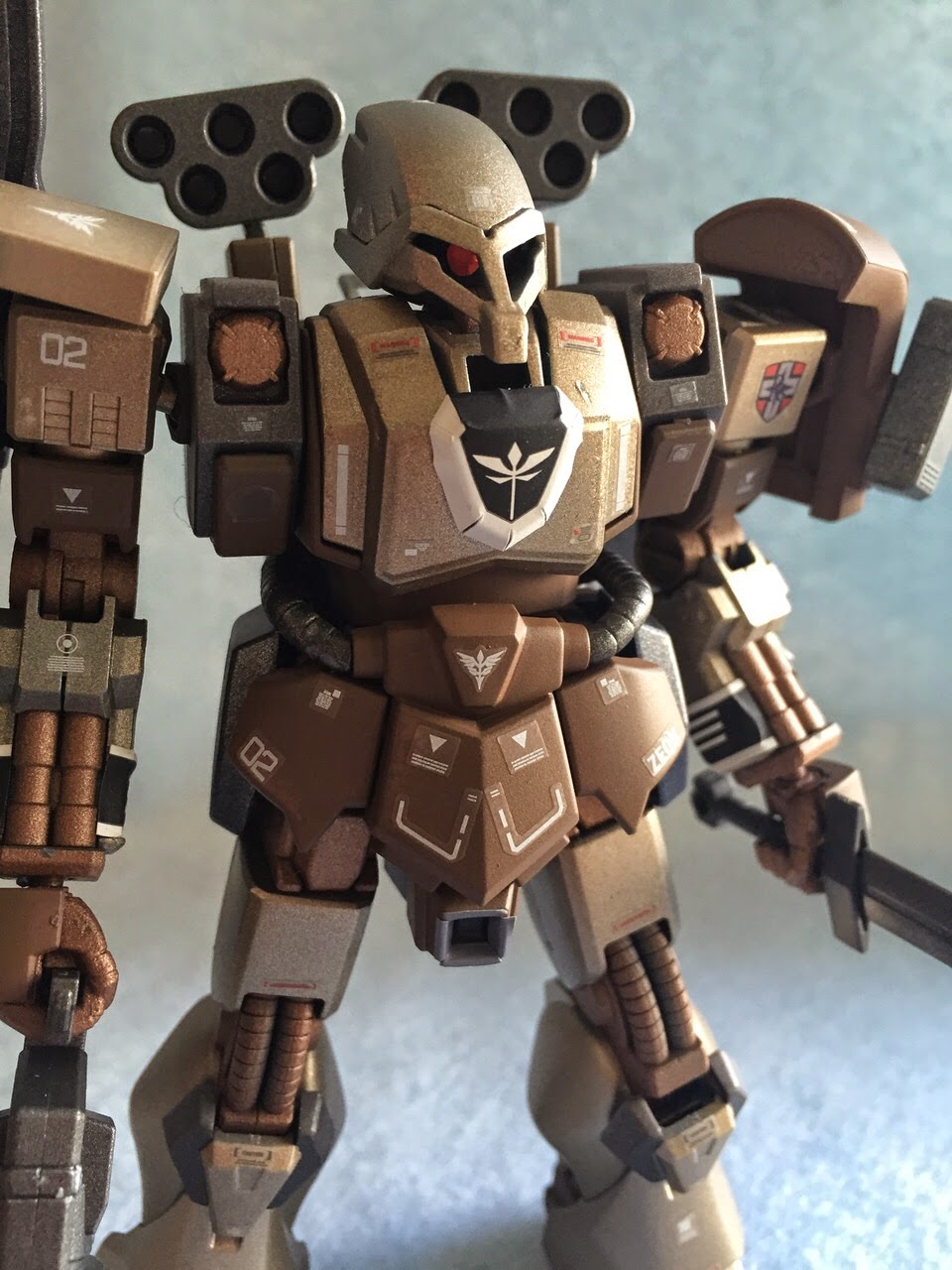 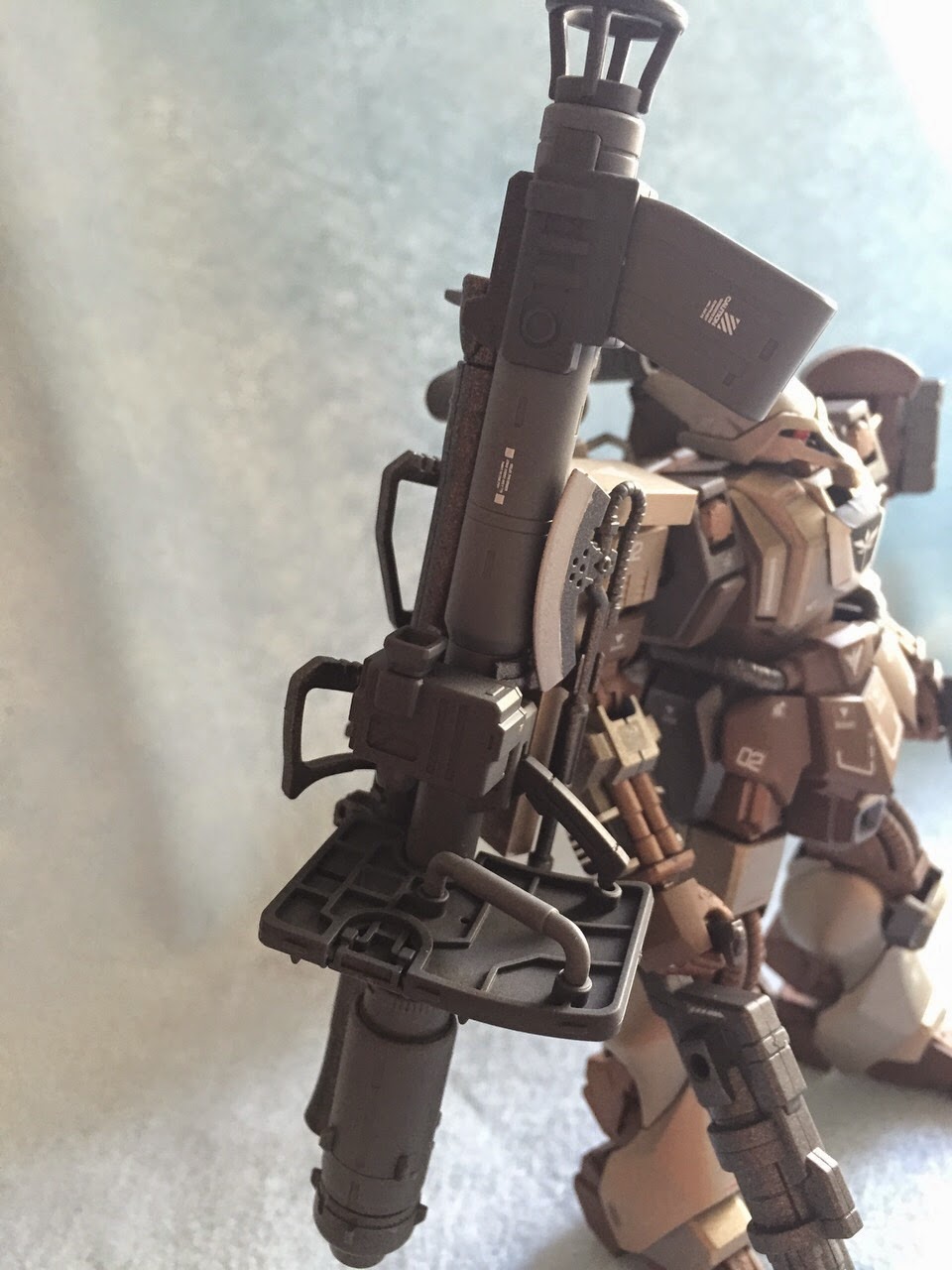 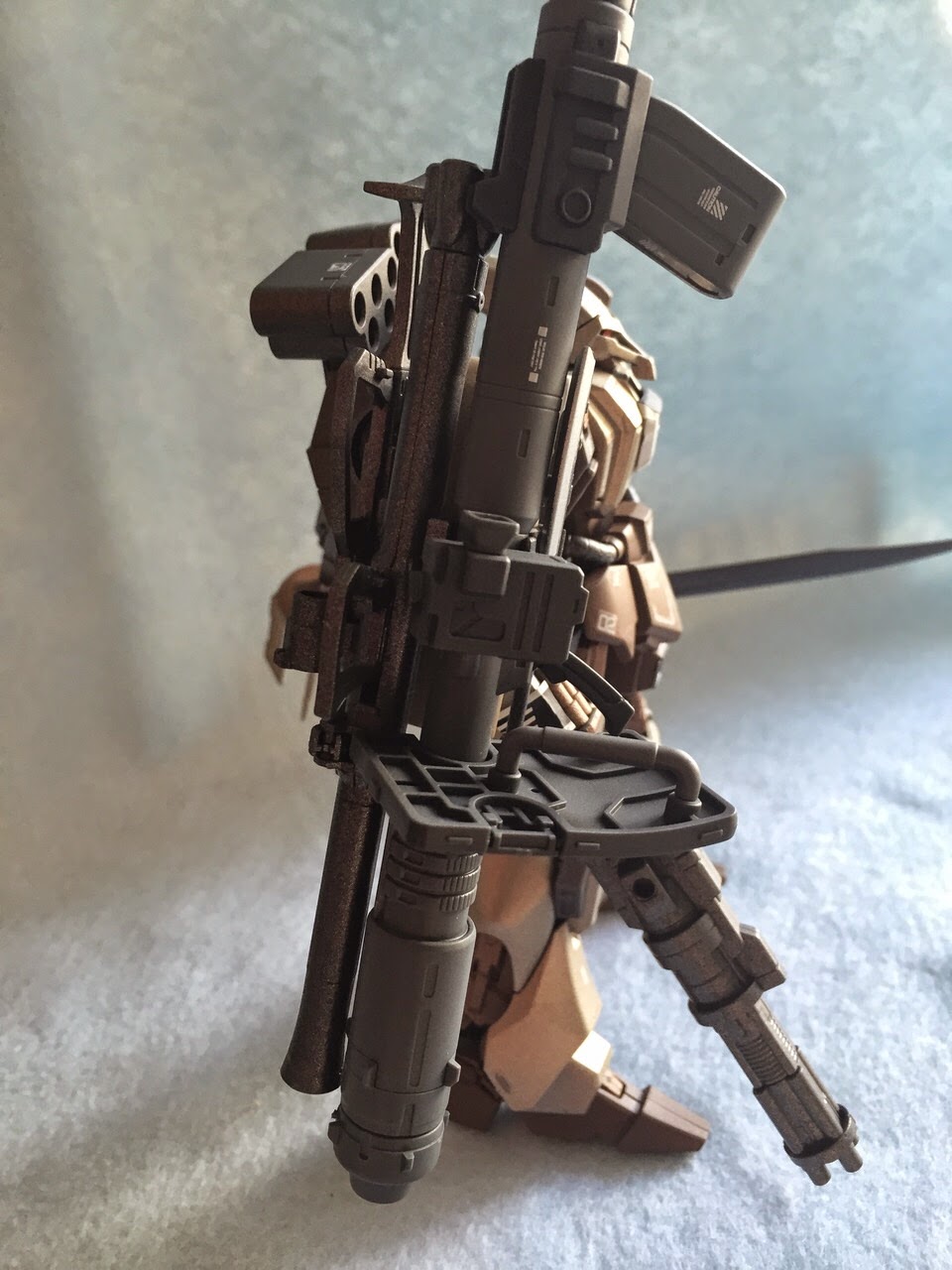 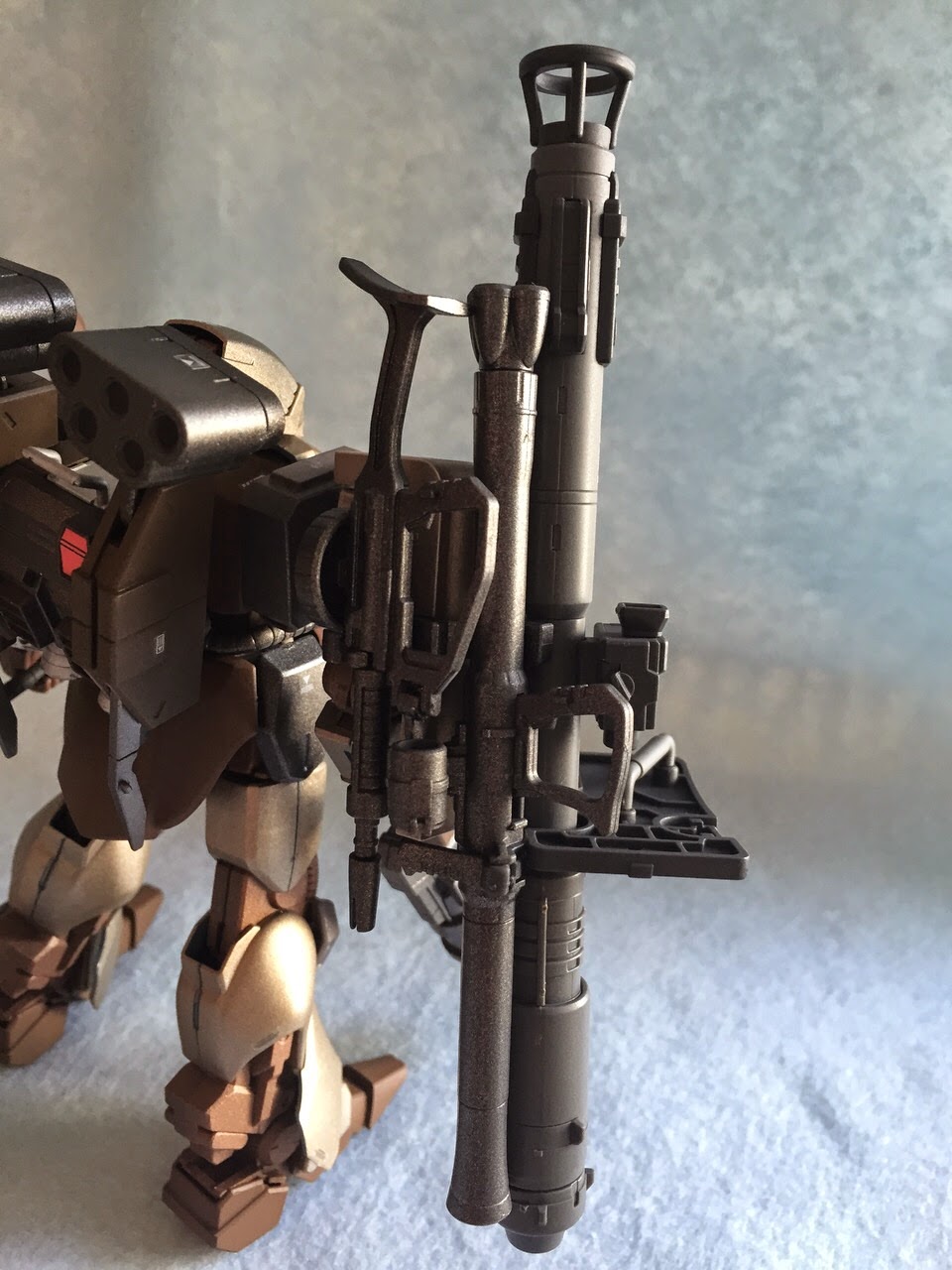 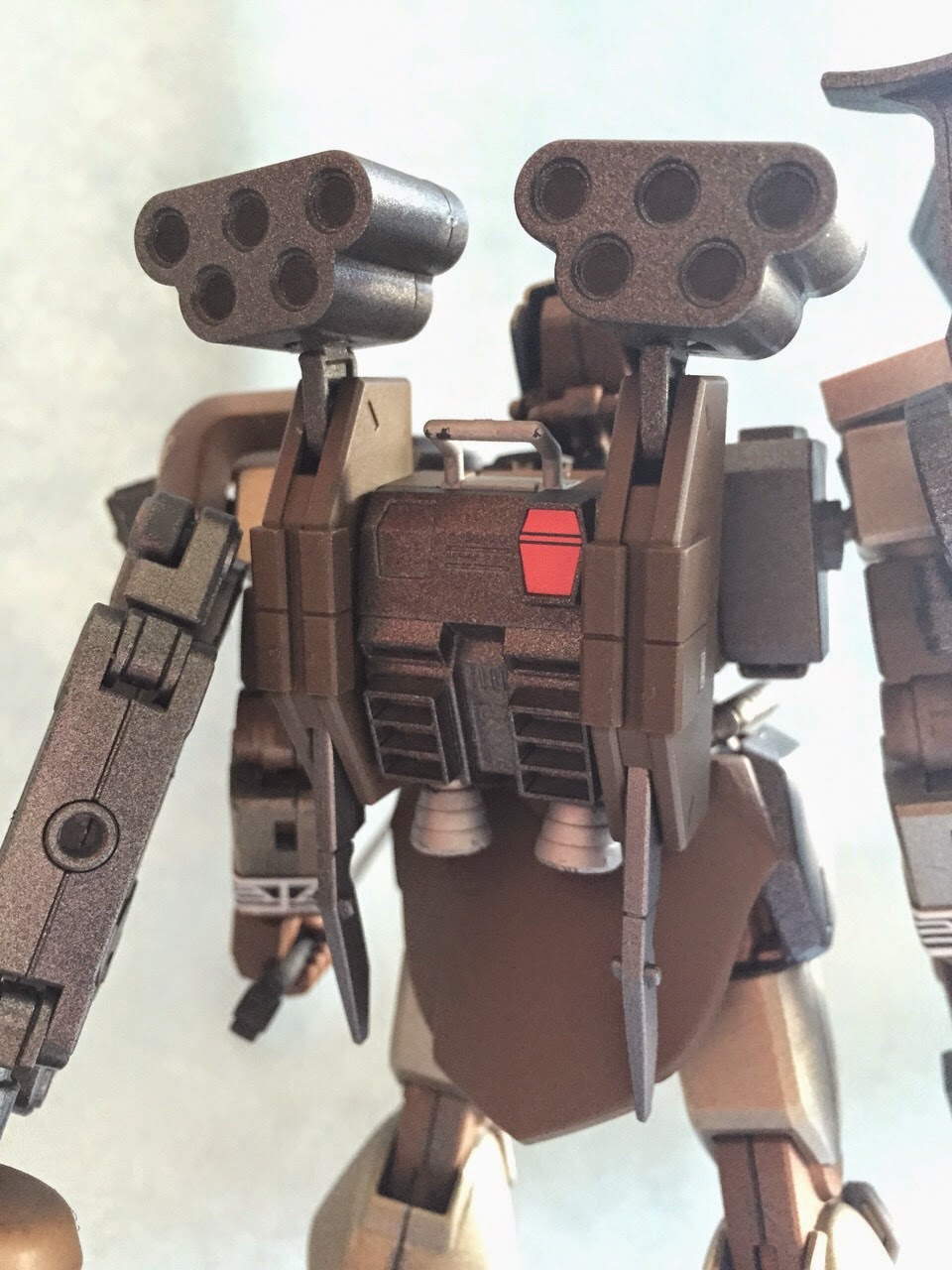 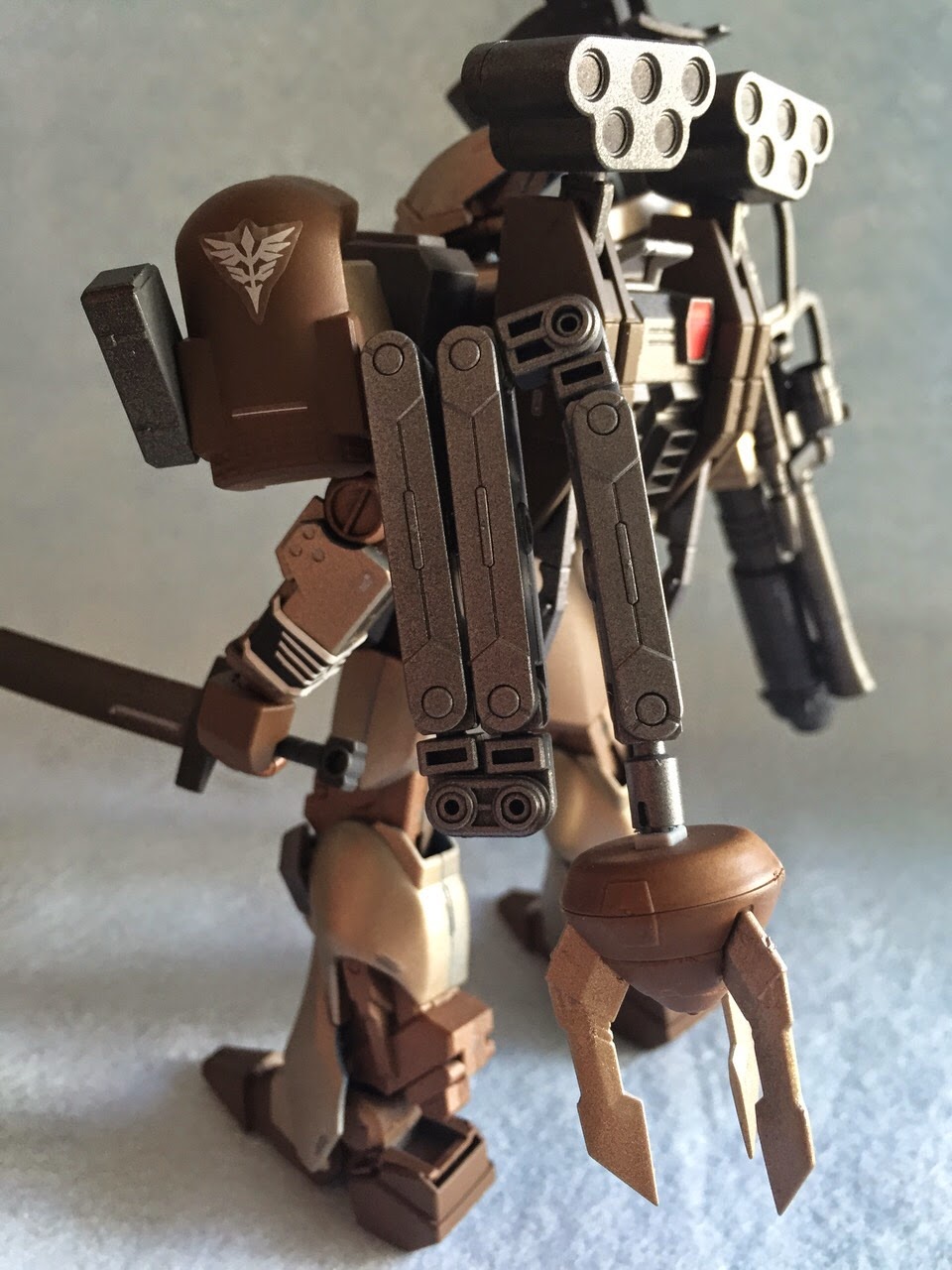 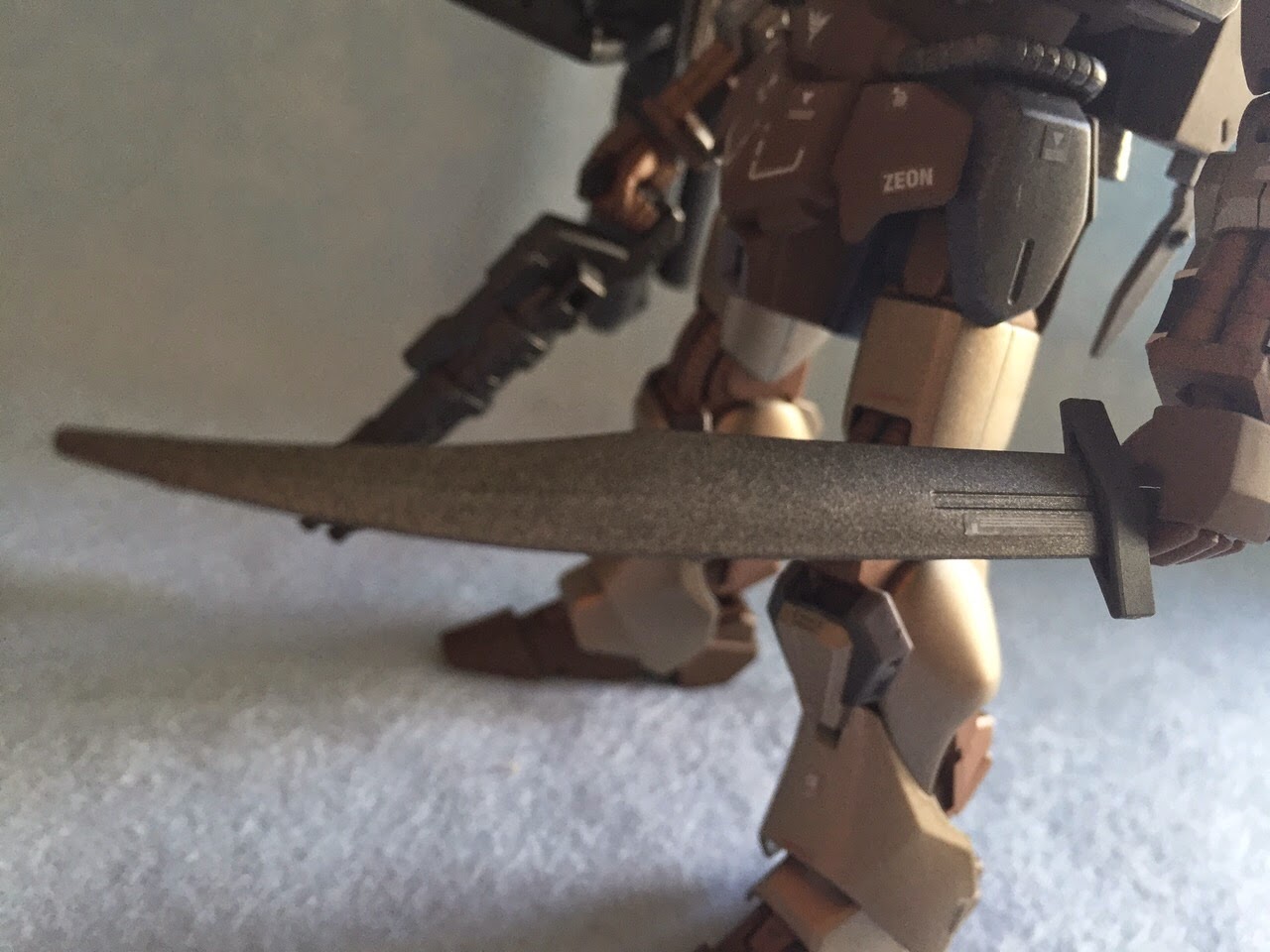 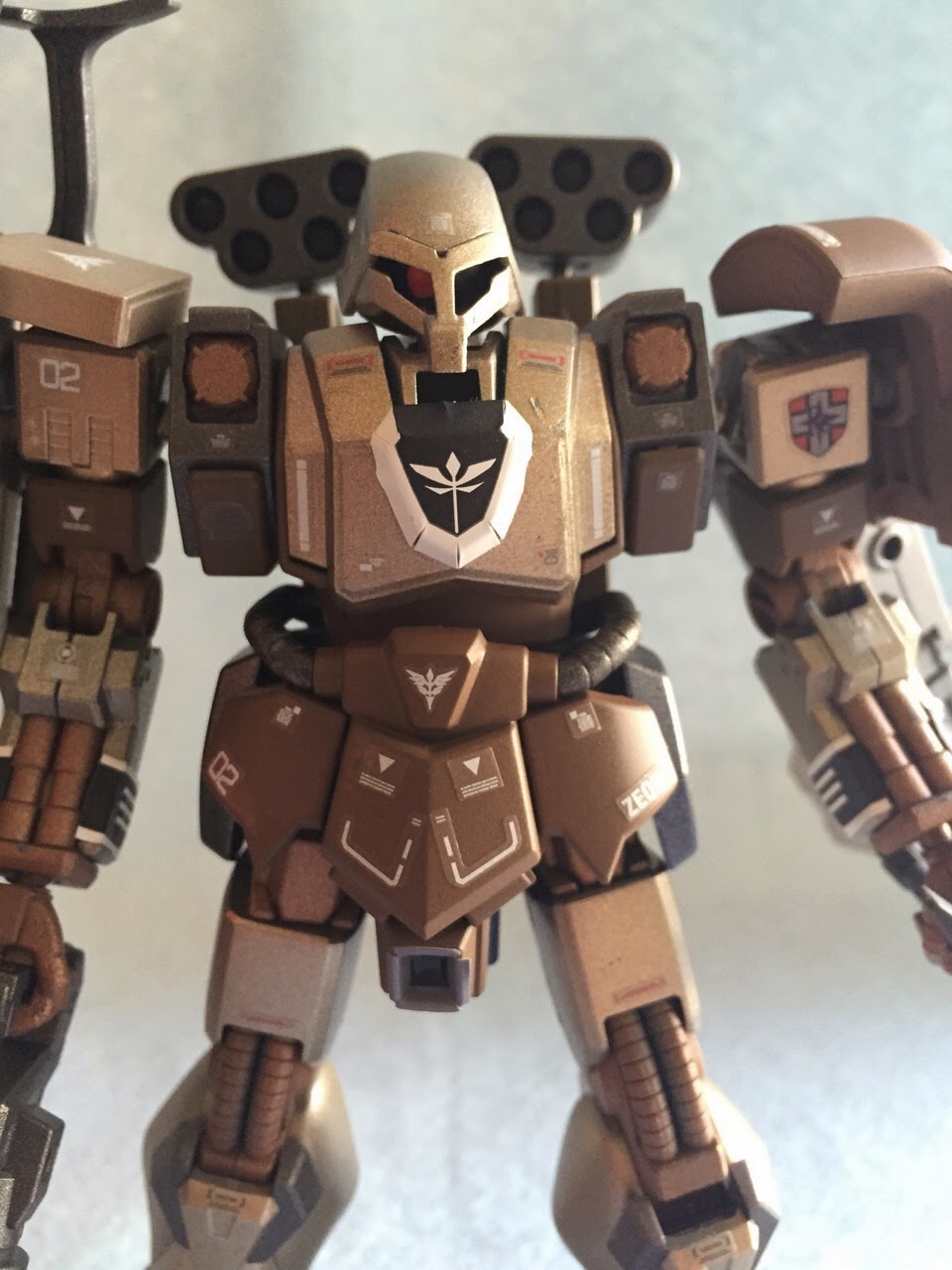 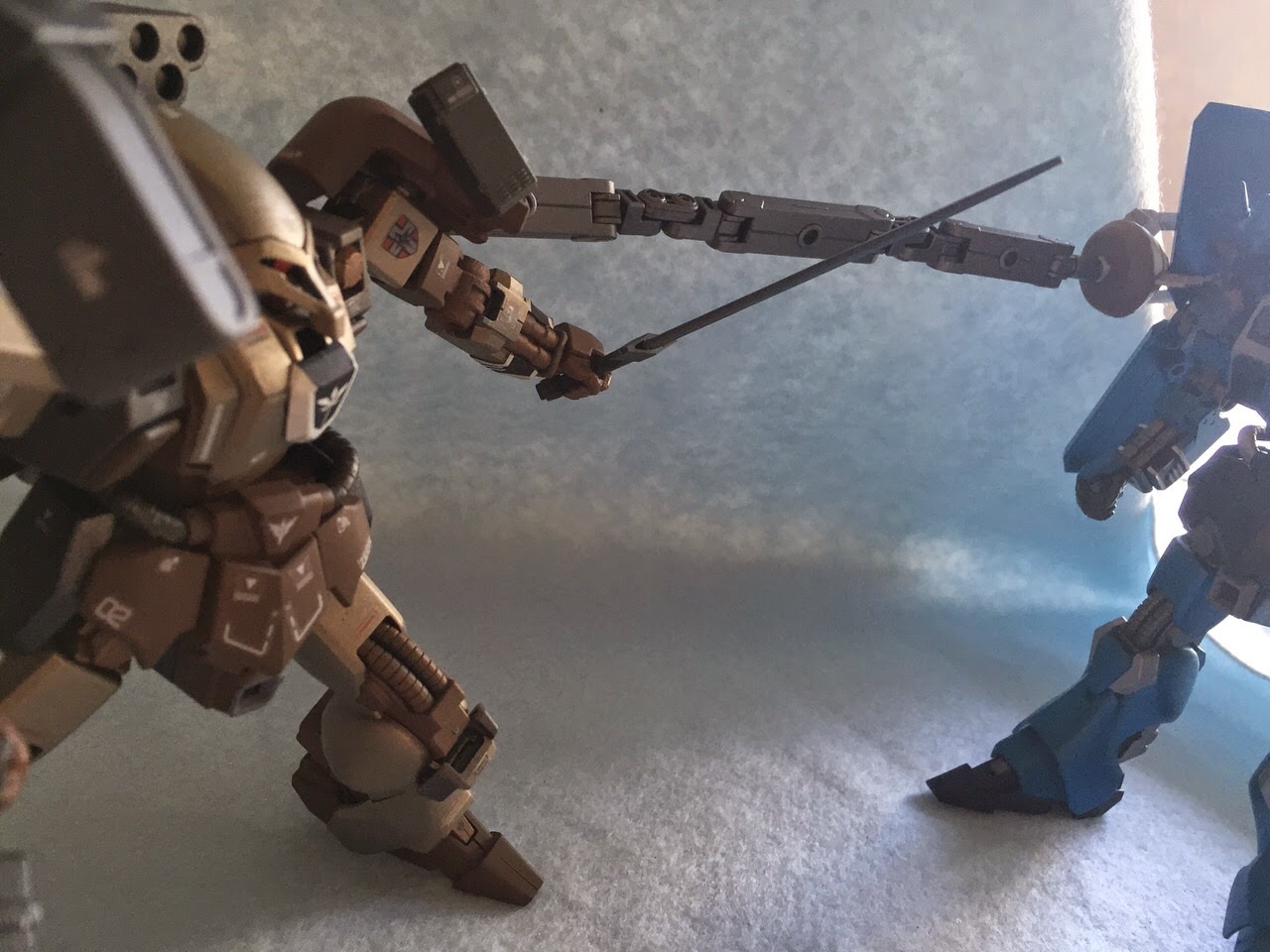 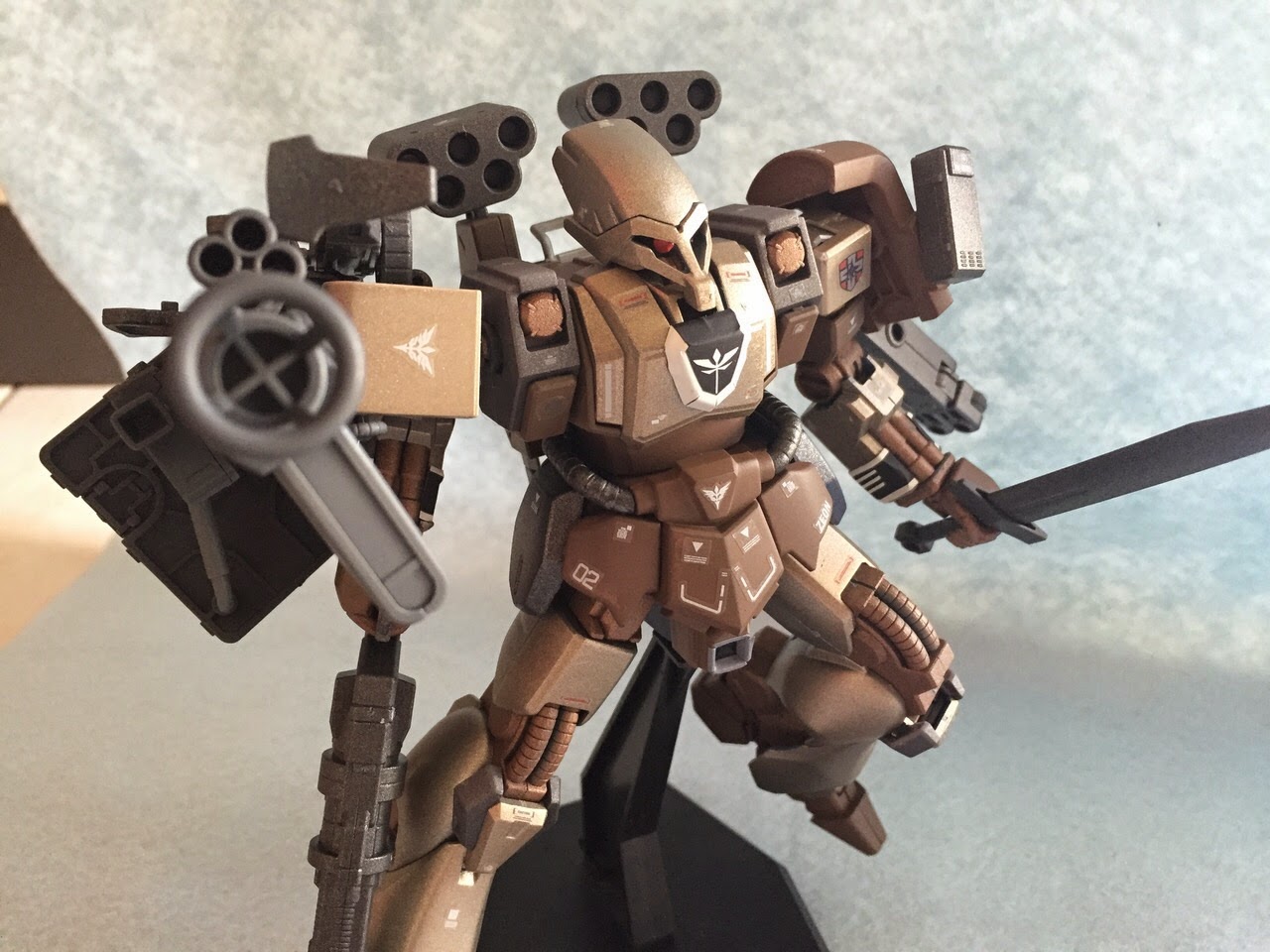 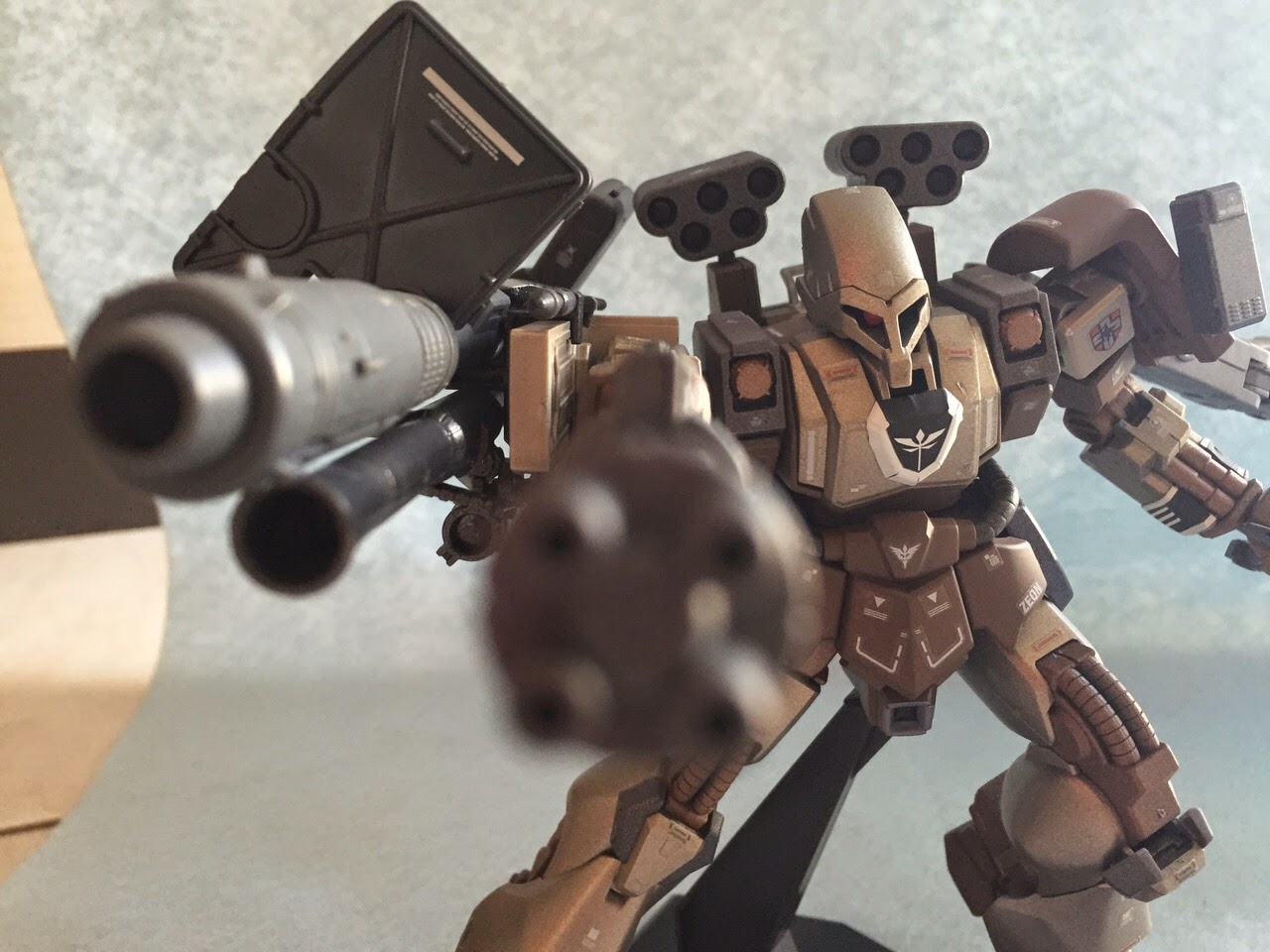 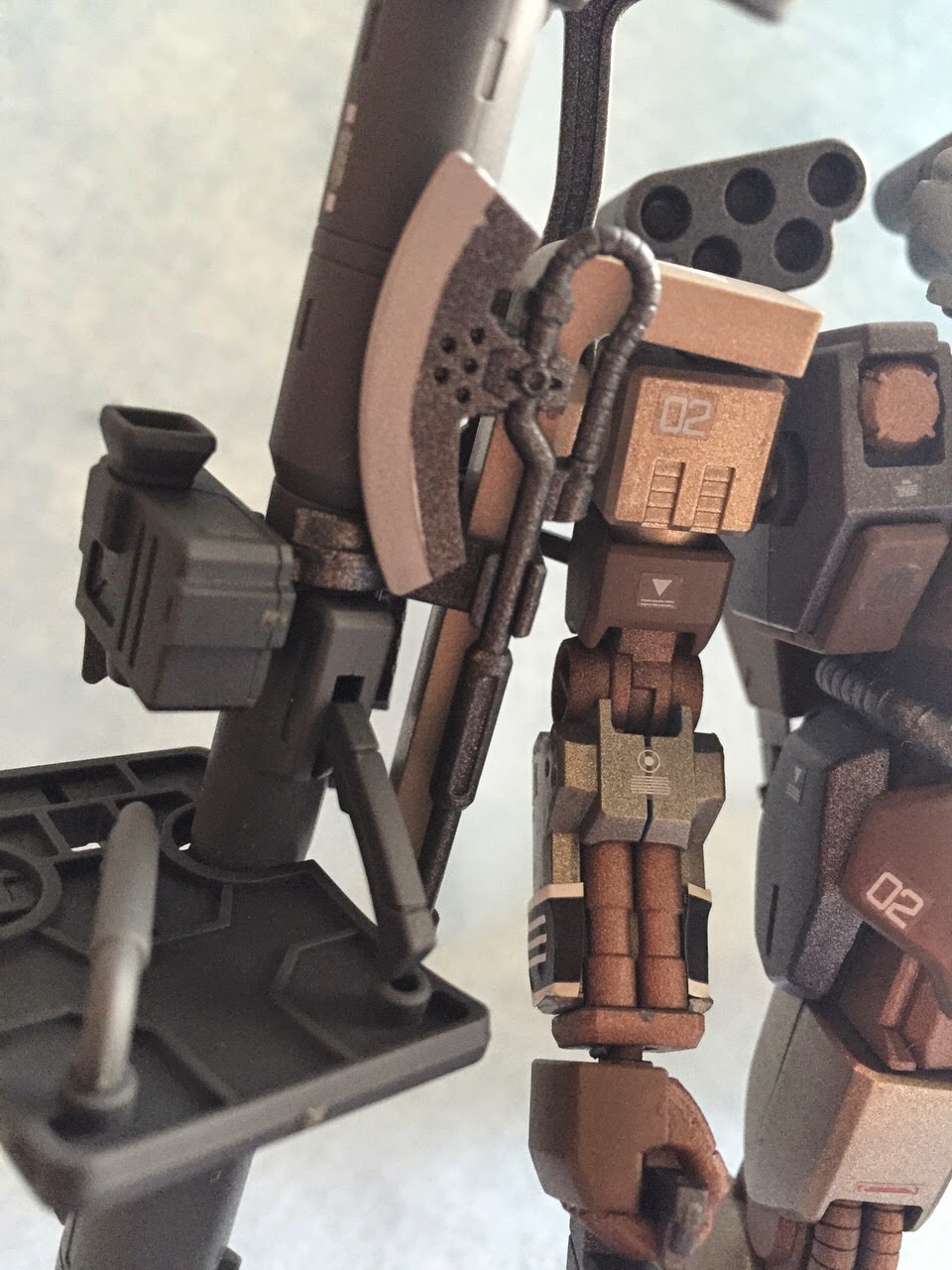 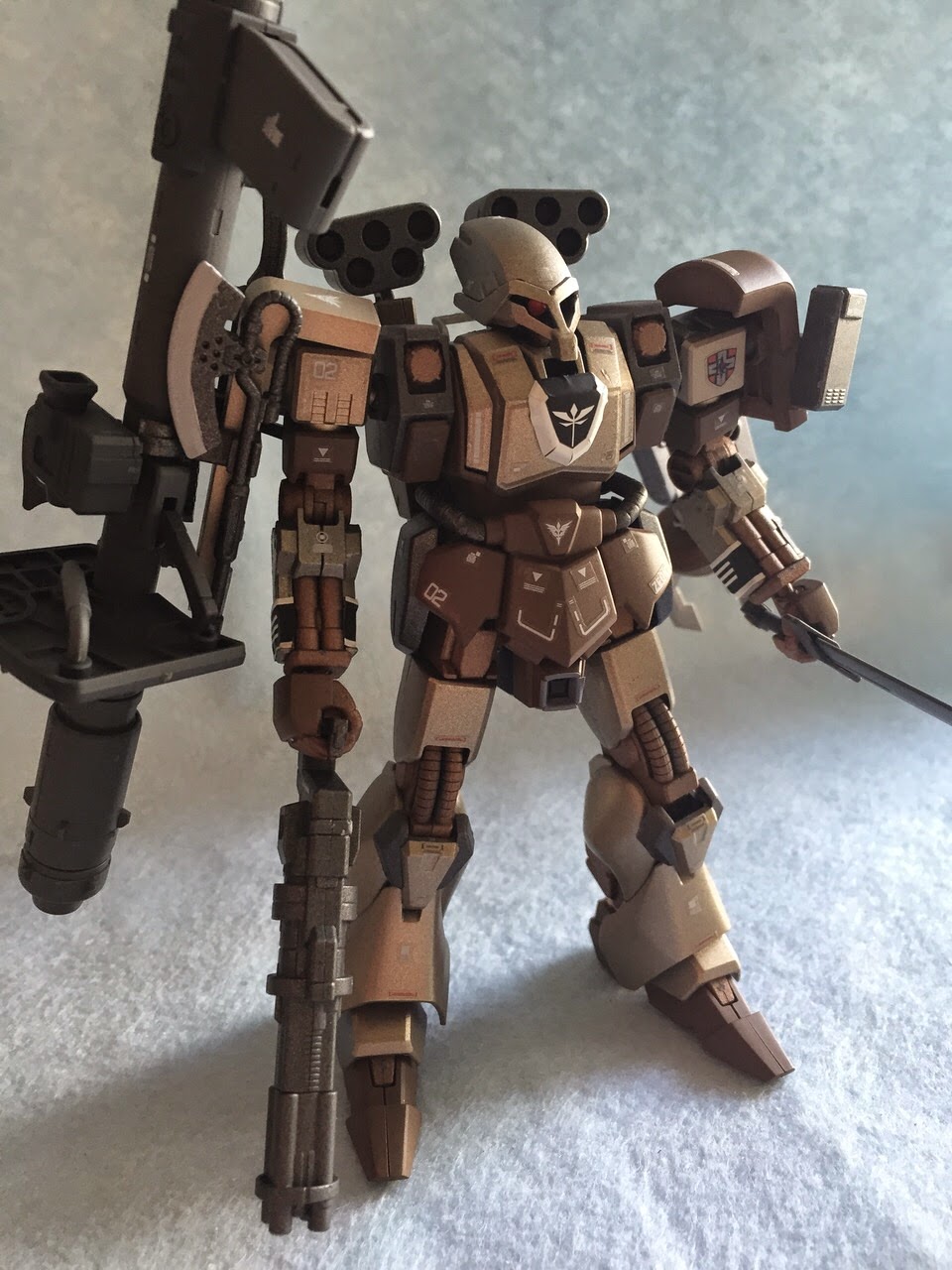 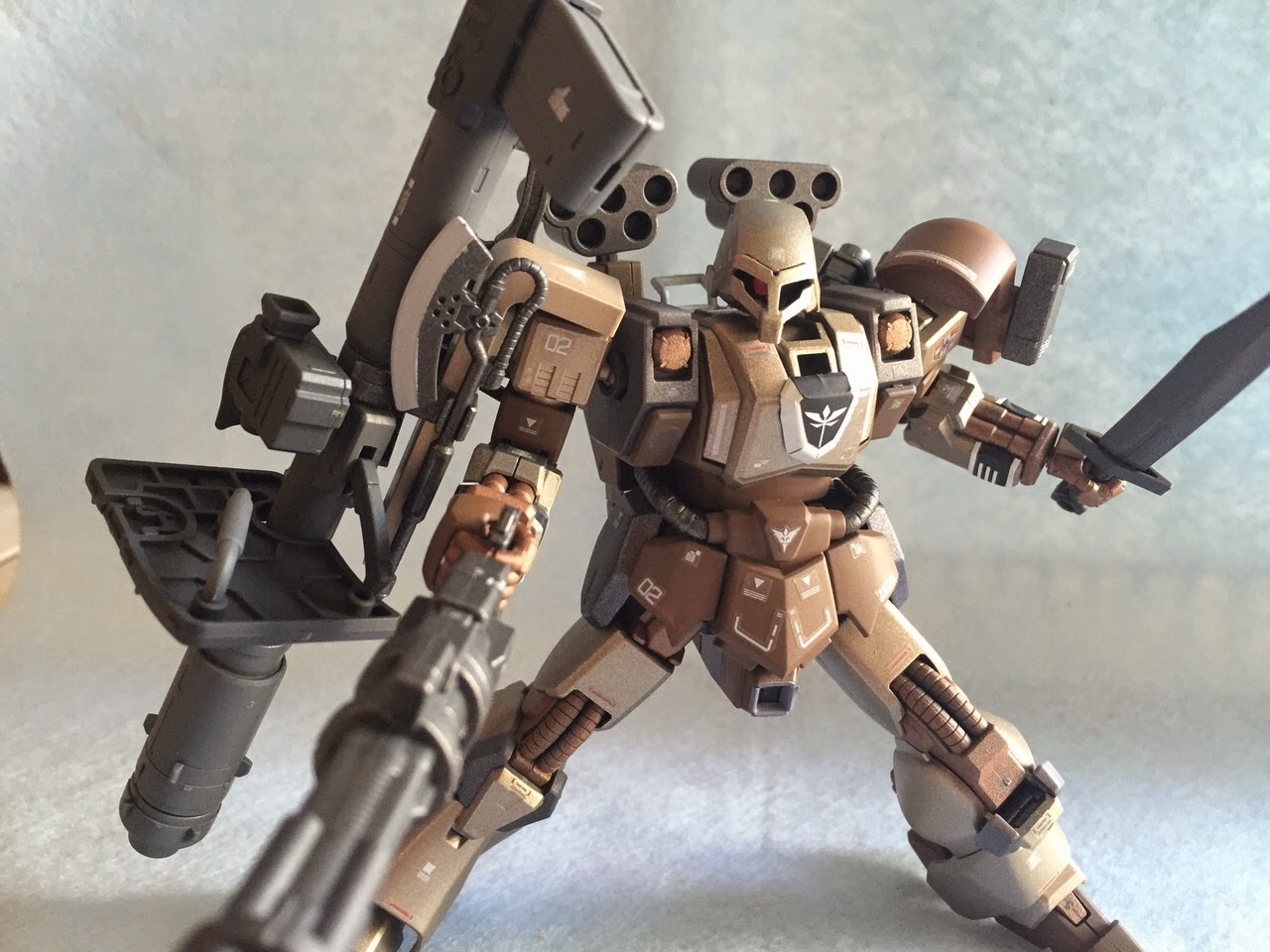 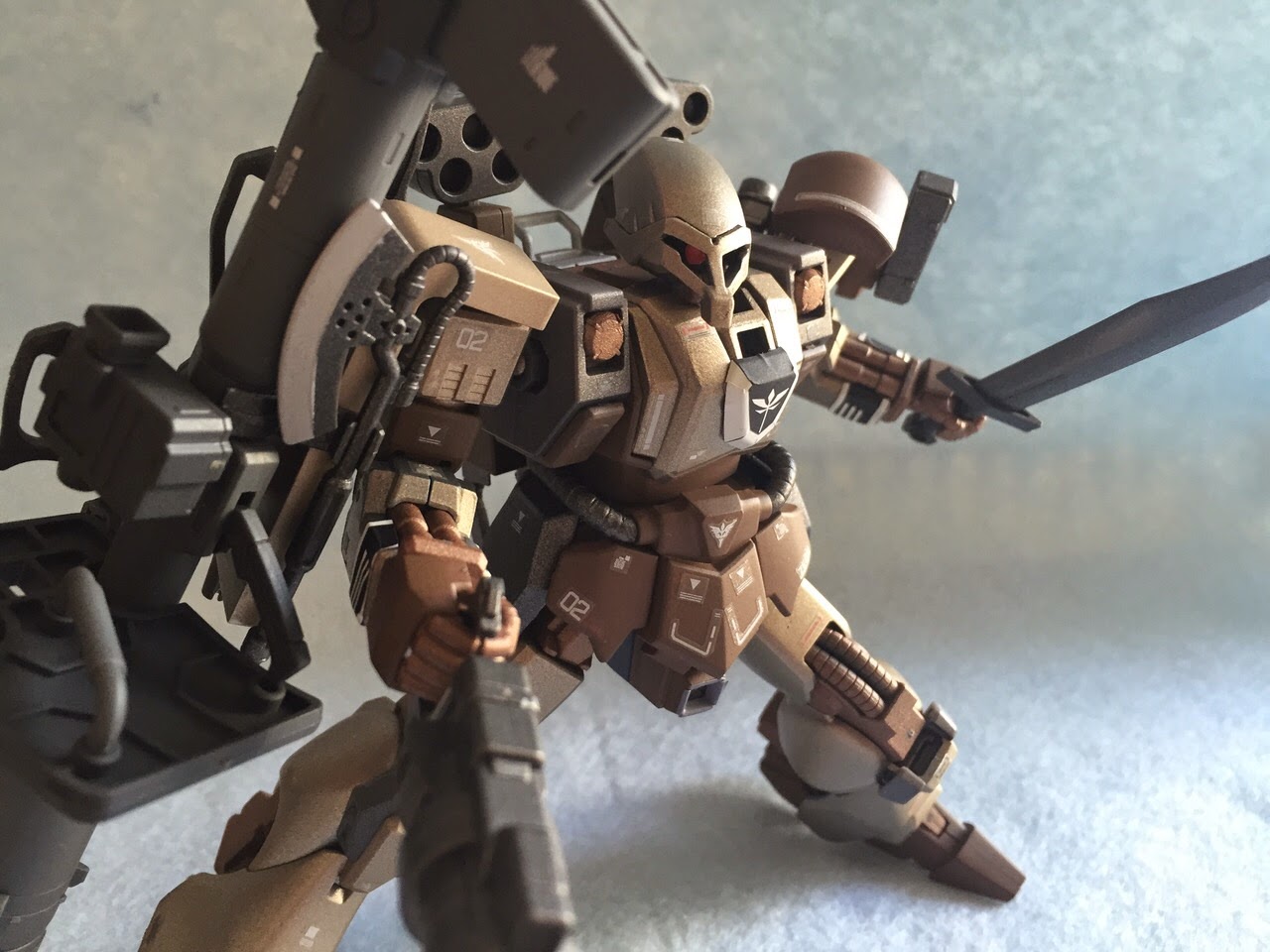 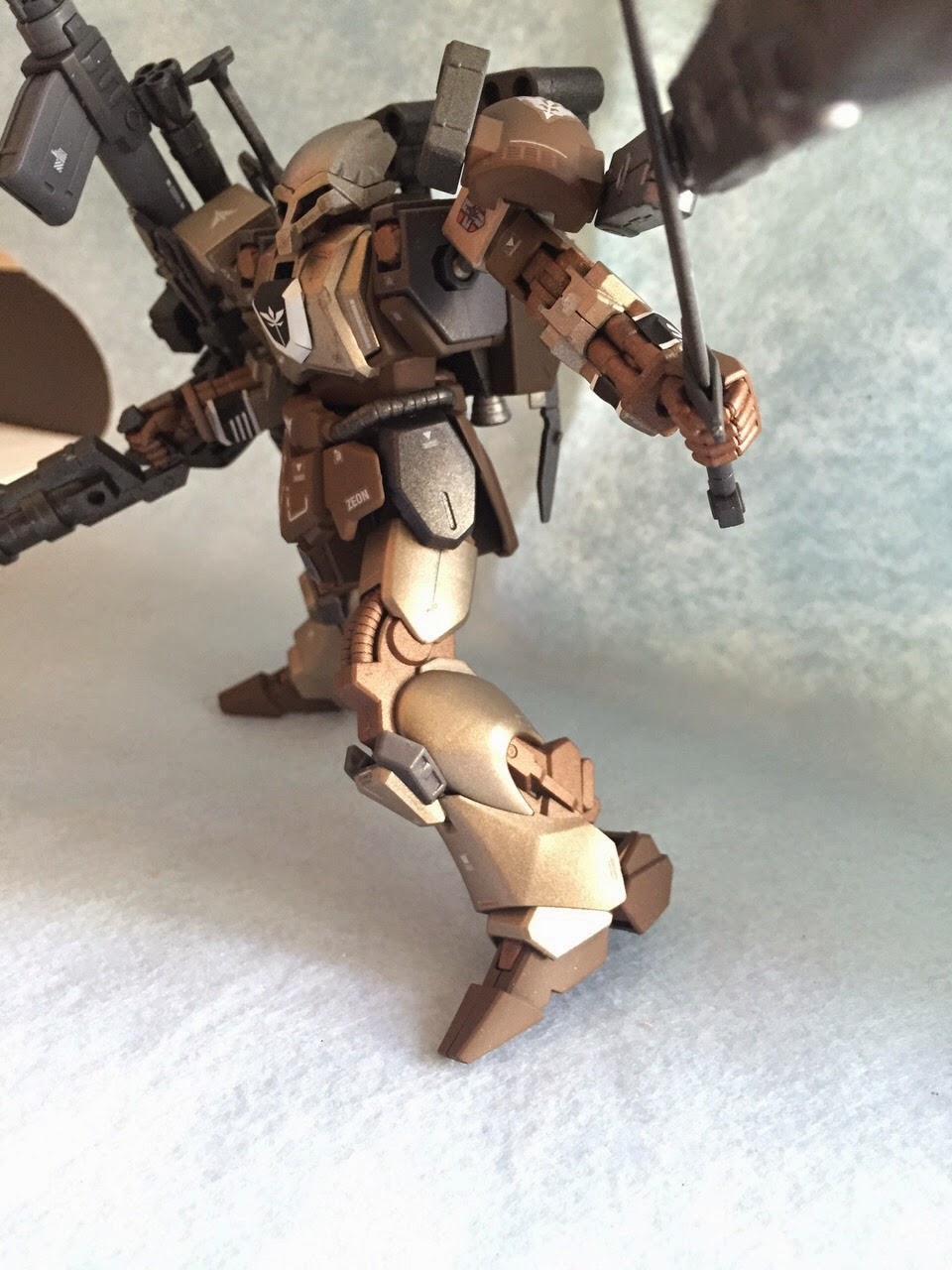 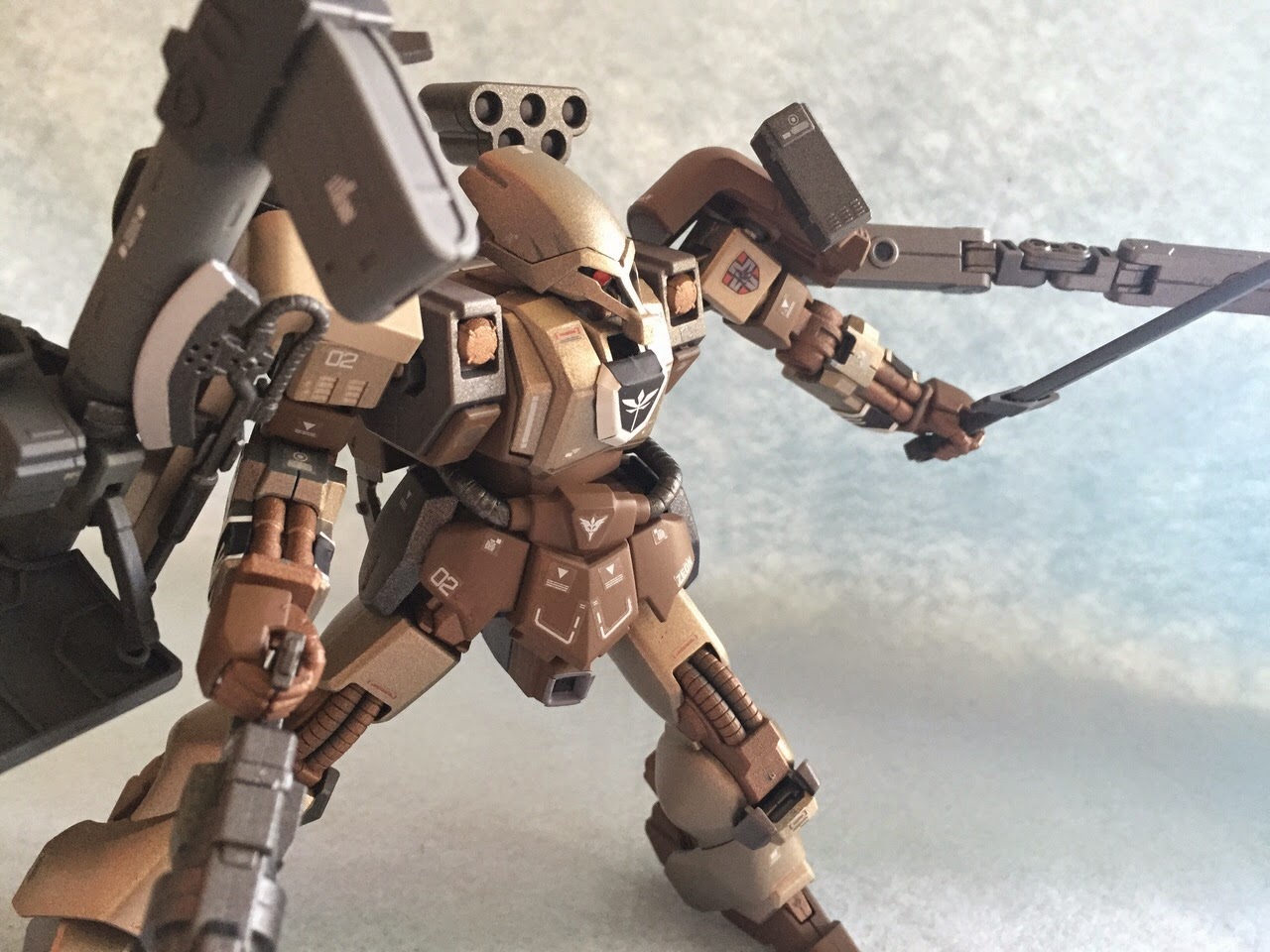 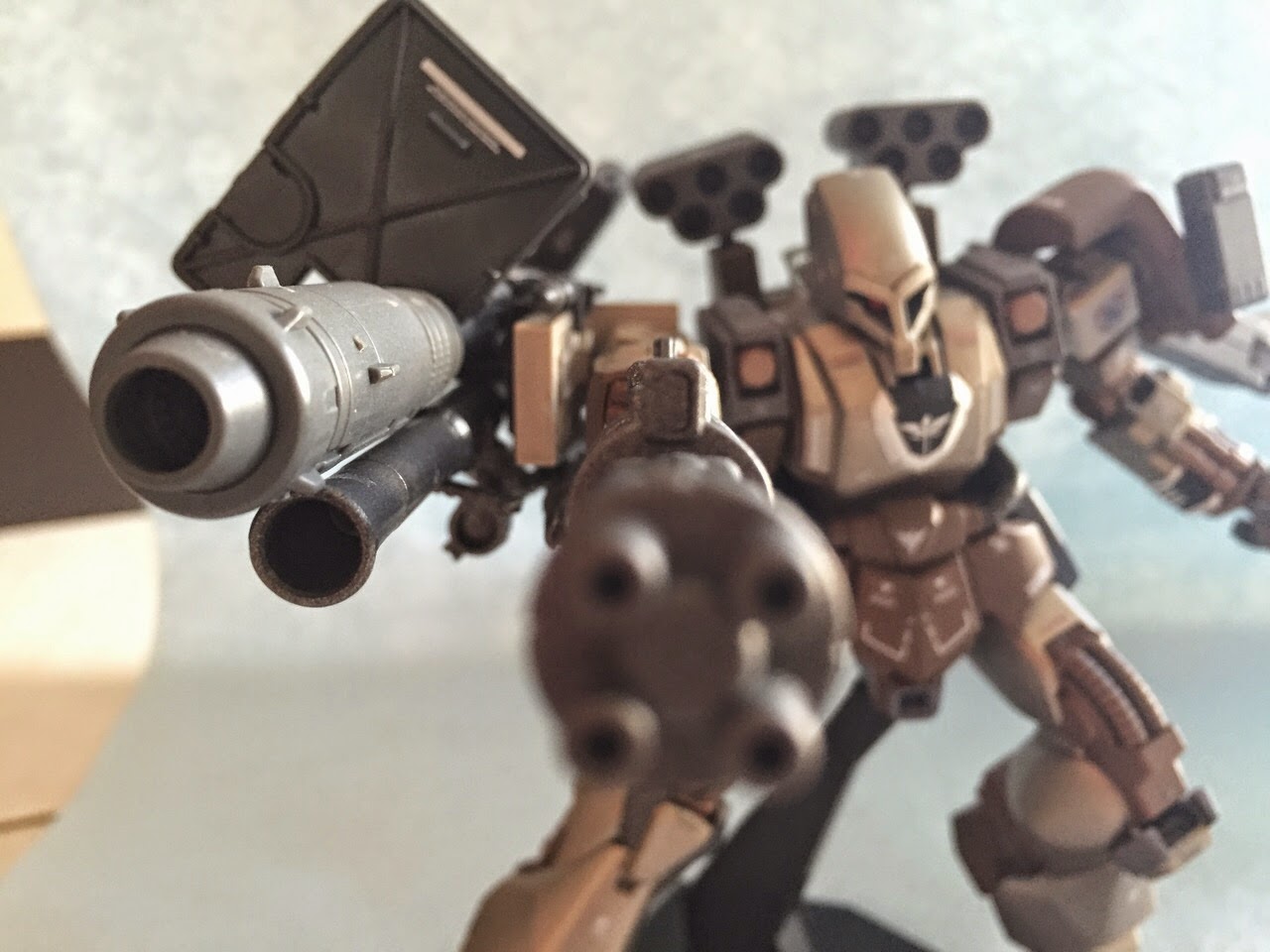 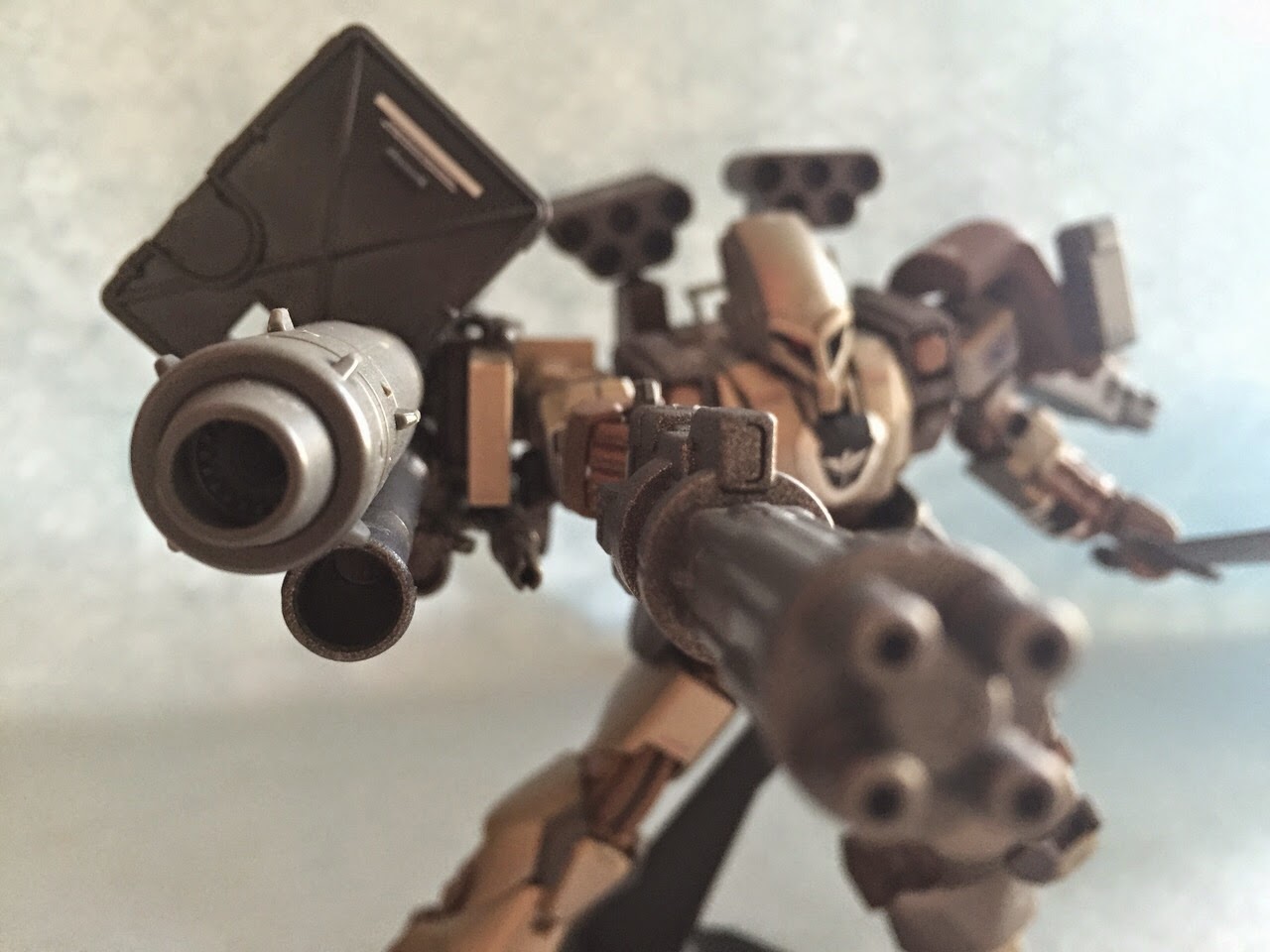 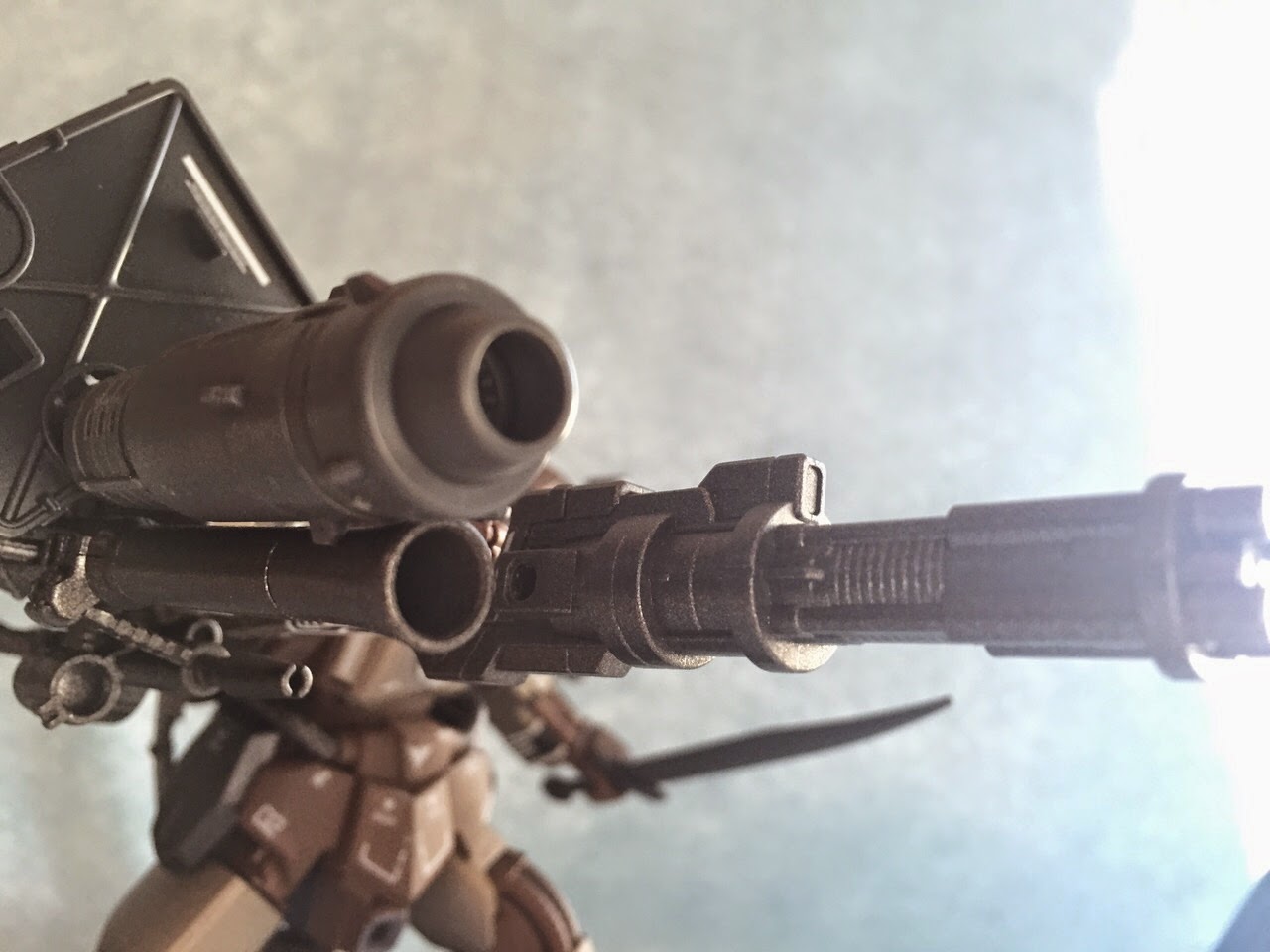 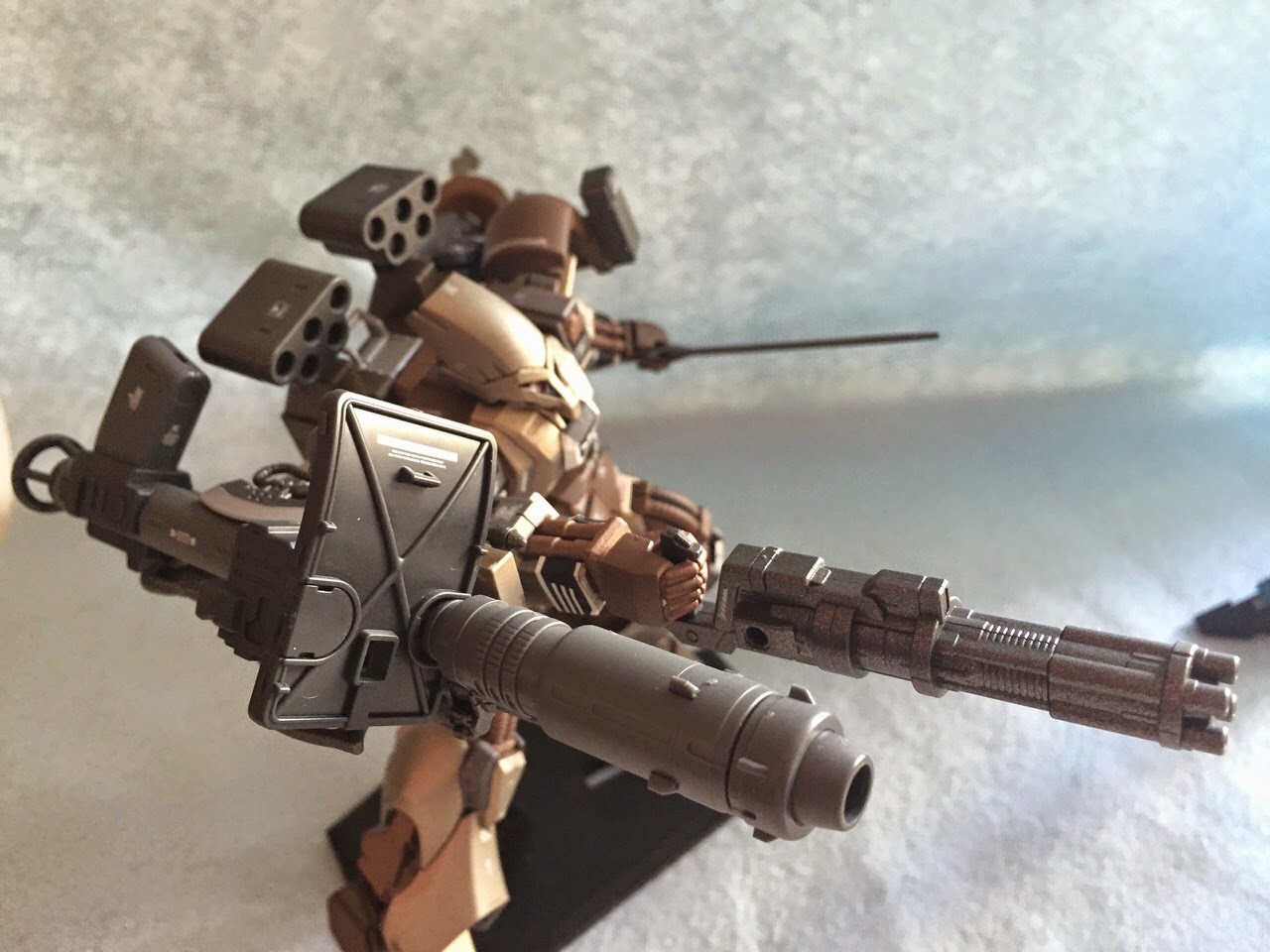 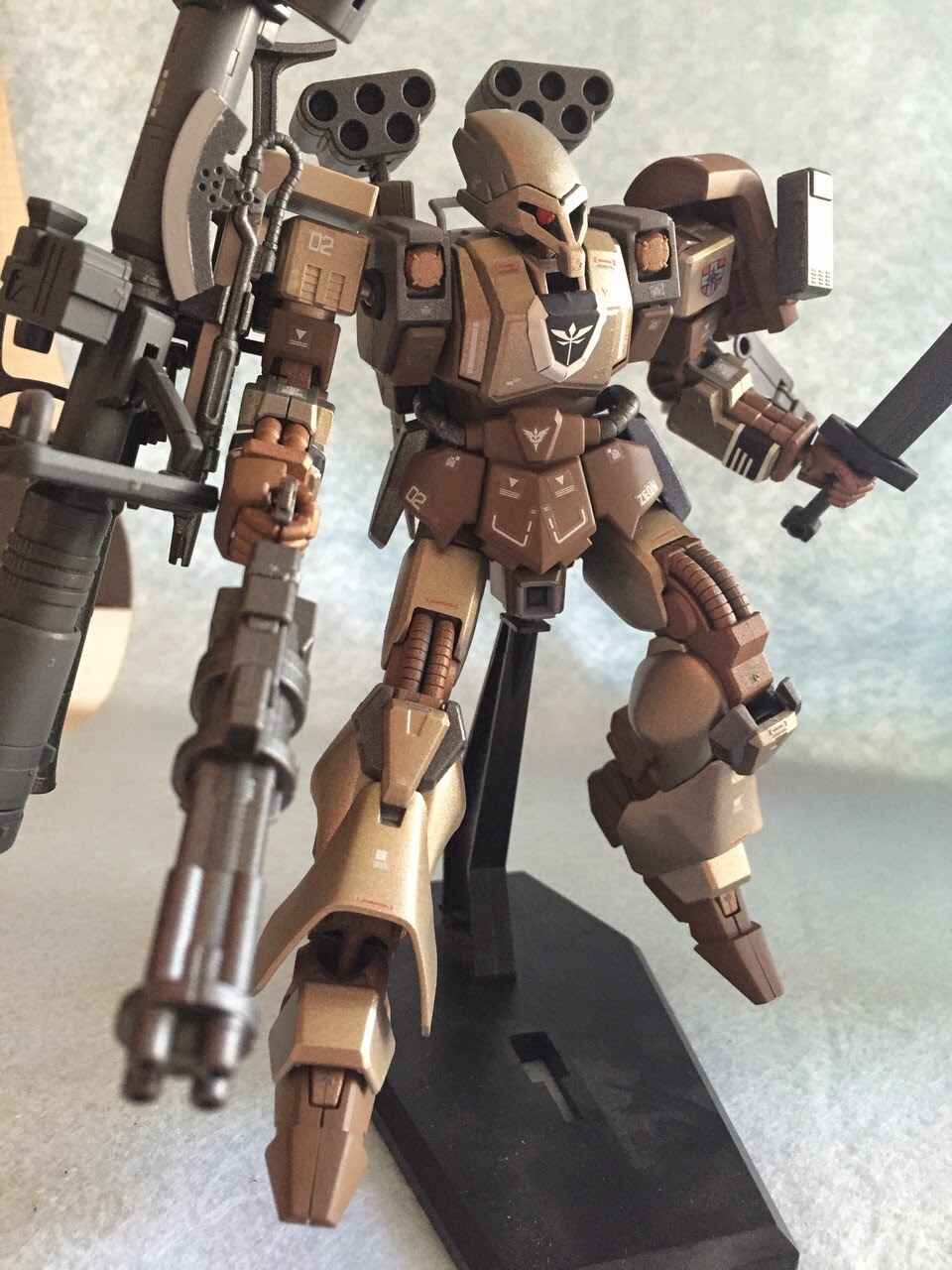 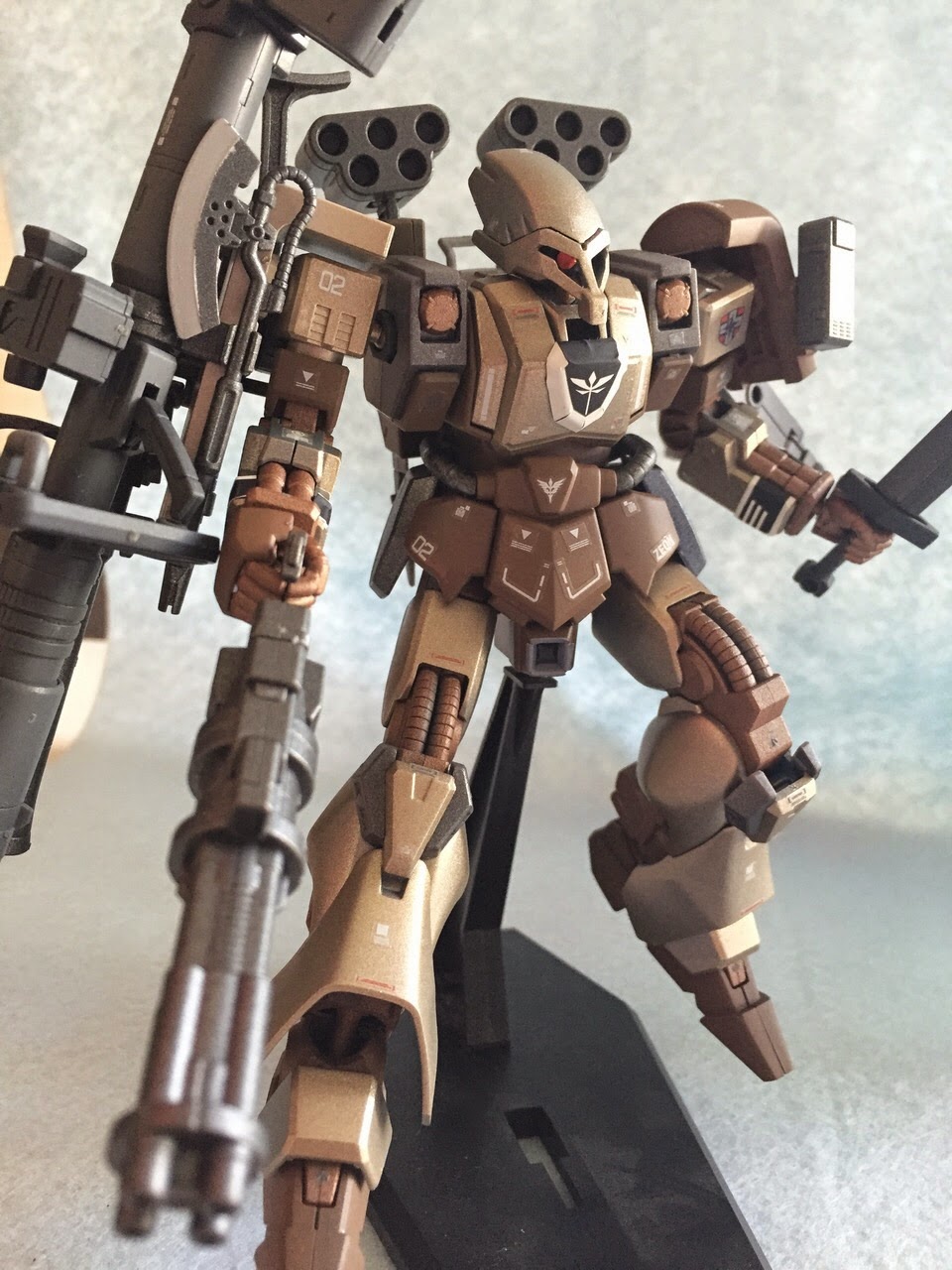 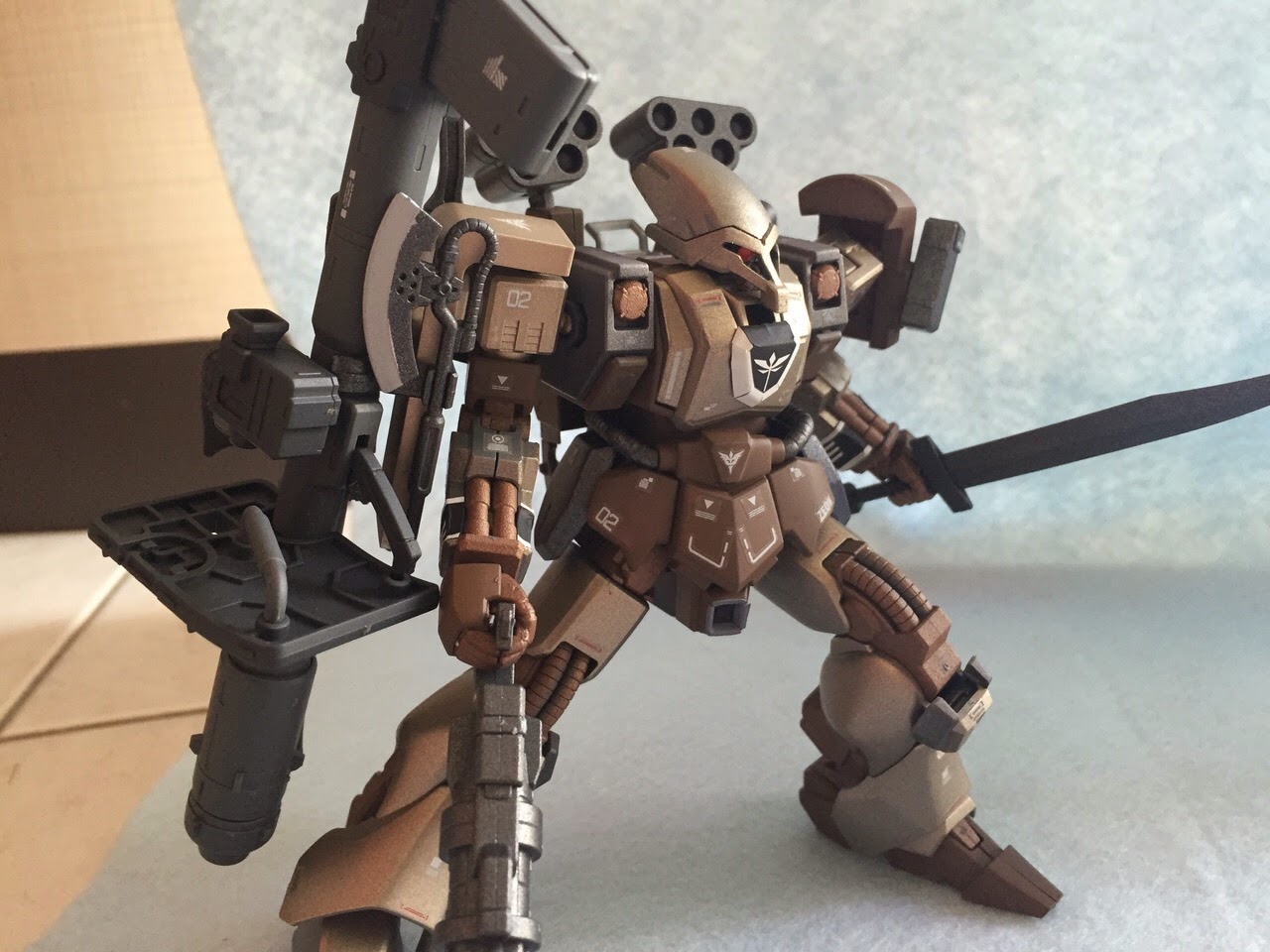 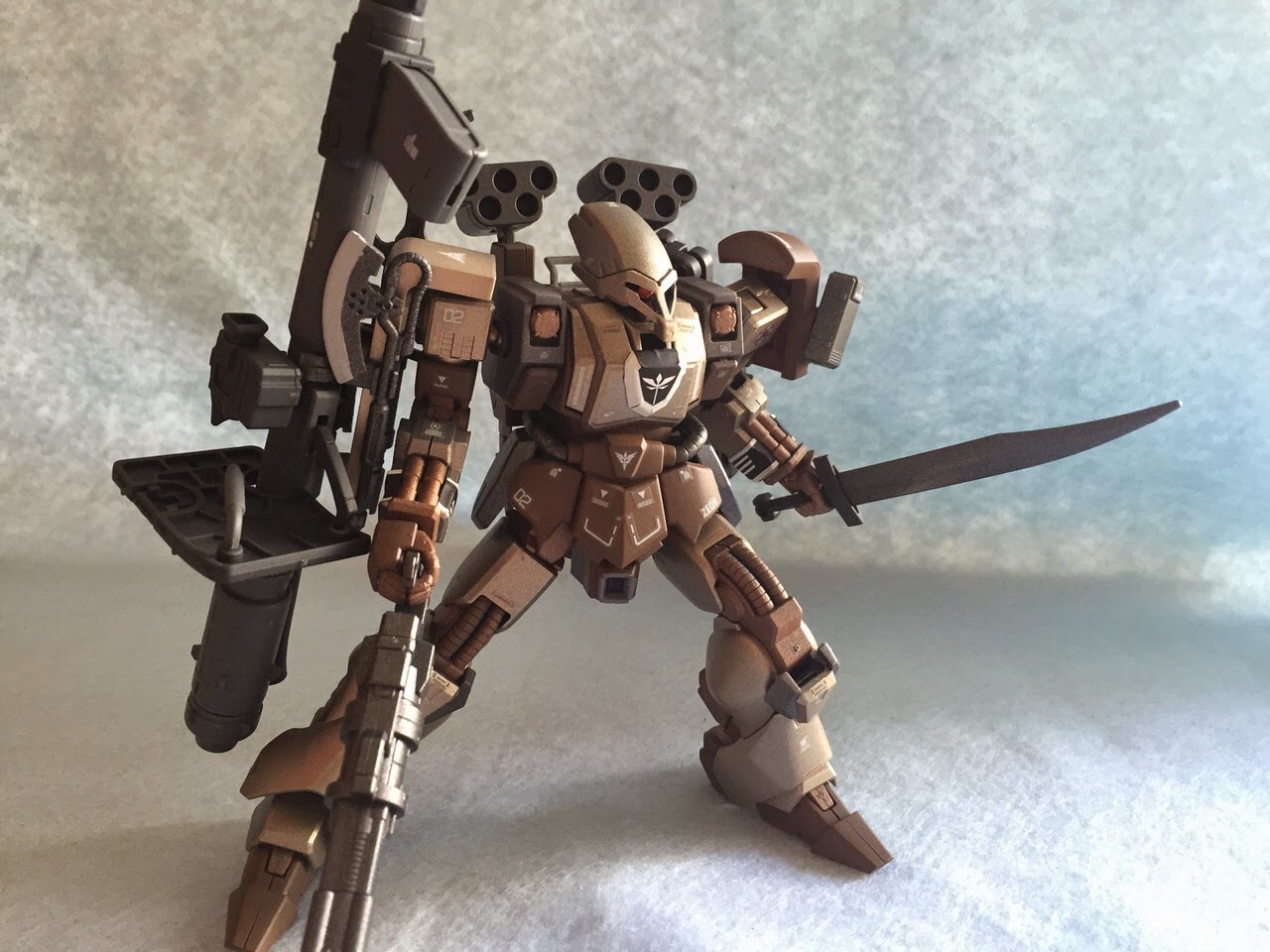 Posted by Gunplanerd at 9:09 AM