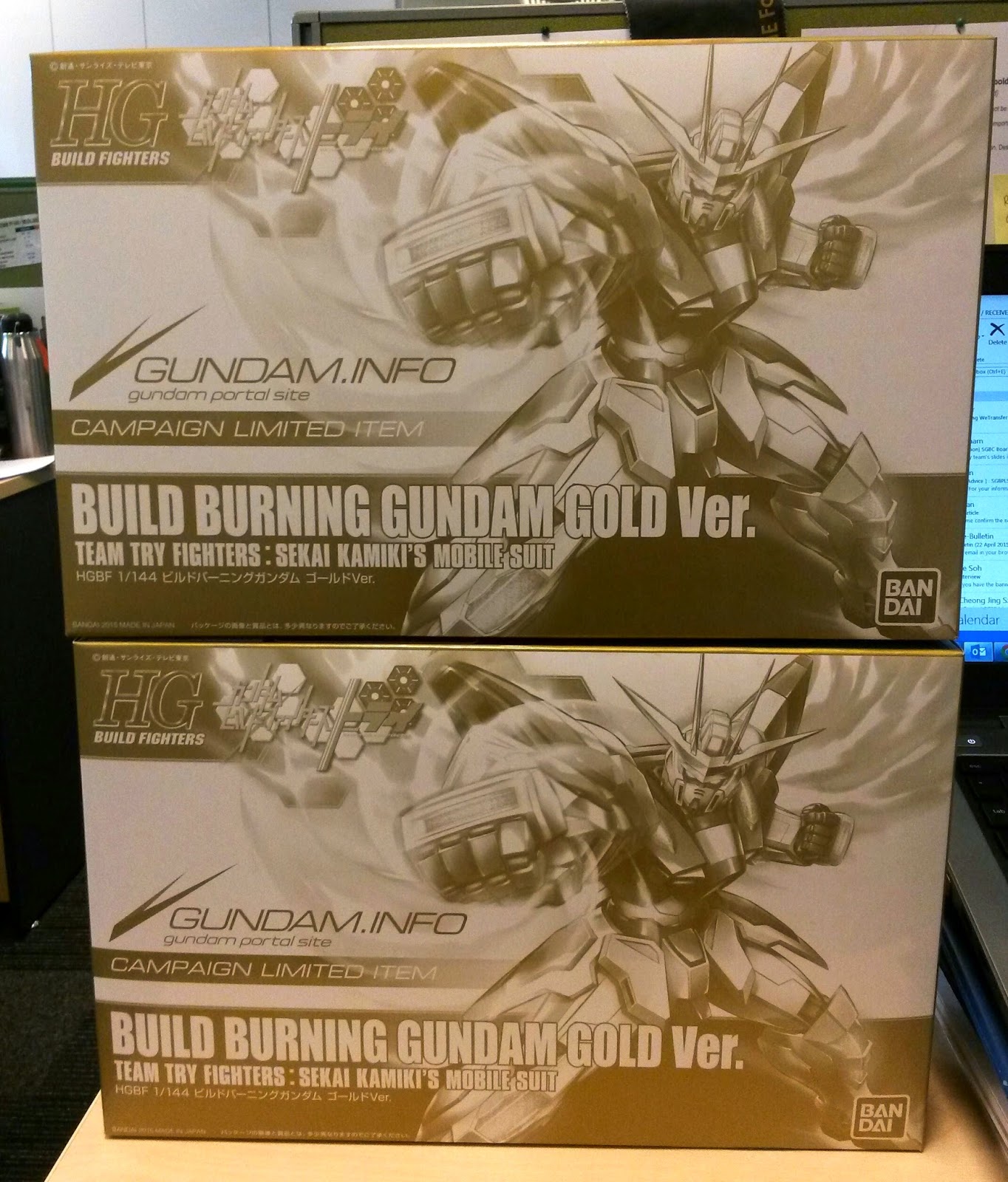 As most of you know, Bandai runs about three lucky draw campaigns a year, each with loads of free Gunpla to give away including super limited gold-plated kits. I always thought that it was a meaningless marketing ploy, meant to entice builders to buy more kits during the campaign period (it worked brilliantly though). It doesn't help that the campaigns are usually held when anime series are being screened, so it drives more builders to buy more kits (again, it has worked brilliantly). But Lady Luck has always given me a fleeting glance and vanished from sight before I can raise my arm to beckon her.

It is only after I won two Golden Build Burning Gundam kits from the most recent Campaign that I began to believe in luck once more.

Check back for images of the completed kit, but in the meantime, here are some box shots! 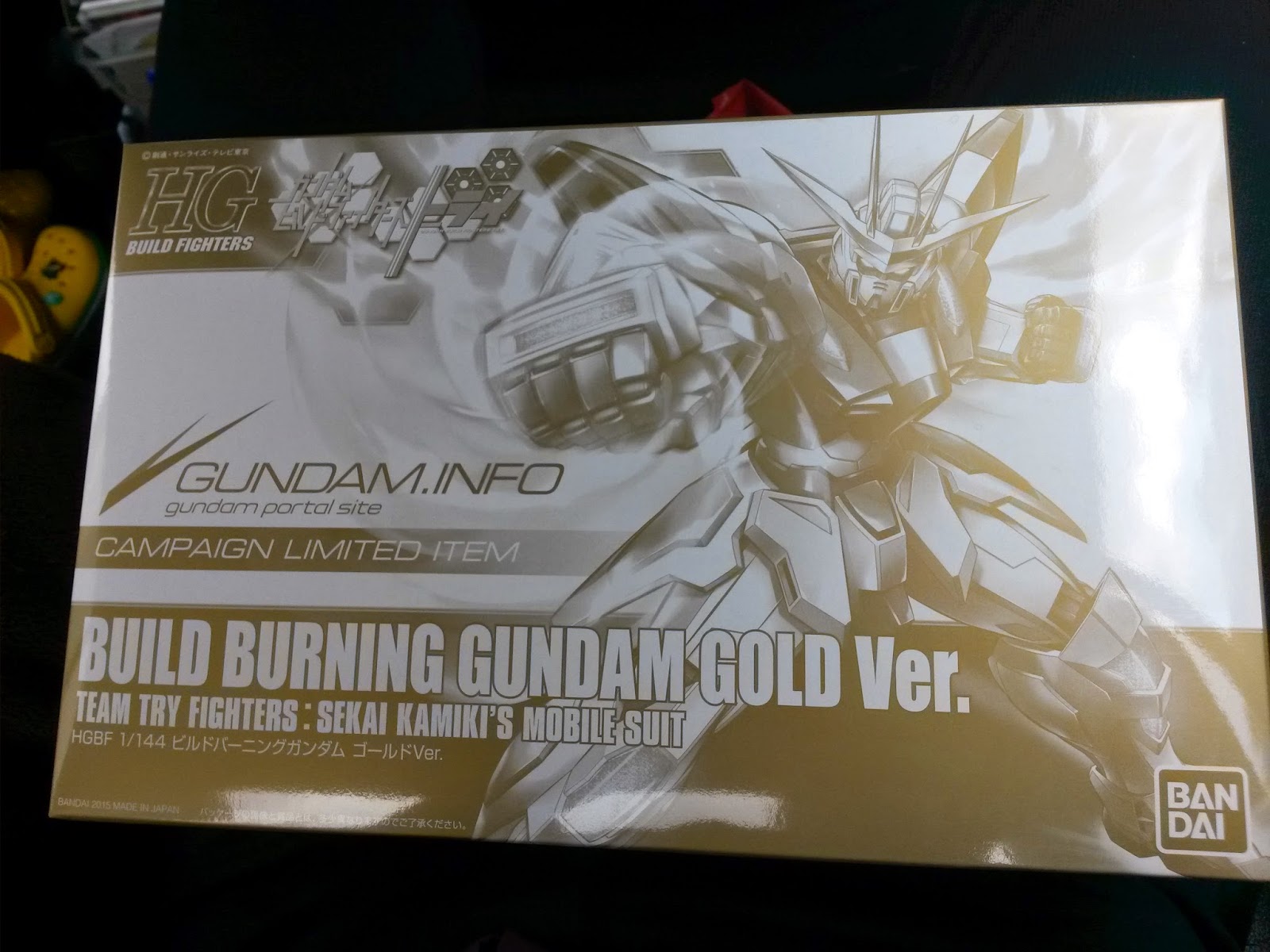 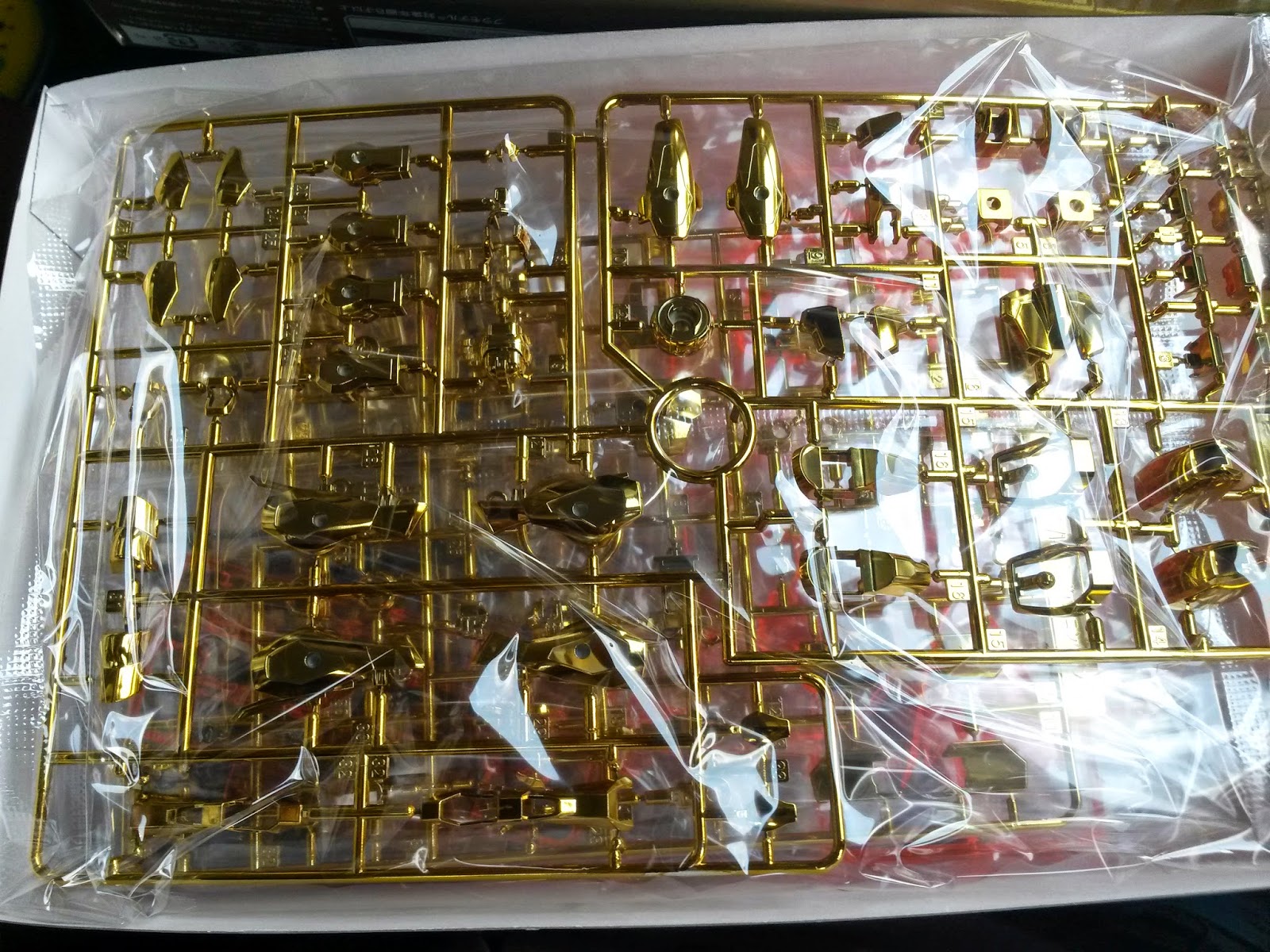