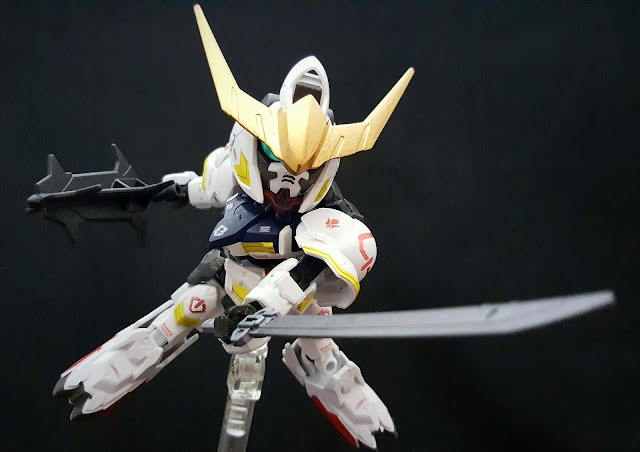 The latest in Bandai's line of more articulated SD scale model kits, the Barbatos might be small on features and detail, but it is a largely adequate kit given the low retail price of S$9.90. Frankly, the Barbatos is one of the best-looking SD EX-Standard model kits thus far, with the stickers working pretty well here.

This Barbatos actually looks and feels like its NX Edge Style cousin, from the gigantic V-Fin to the detailing on its weaponry. But the NX Edge Style variant has bendable knees, so there's that.

This Ver. GPN build essentially retains the essence of the Barbatos and made use of almost all the stickers that came with the kit. For added depth, metallic black was used for the frame parts, dark blue was applied to the blue parts, some grey thrown in for good measure as well as Copper Gold for the striking V-Fin.

Overall, the SD EX-Standard Barbatos can help to shave off a lazy afternoon (or multiple lazy evenings). 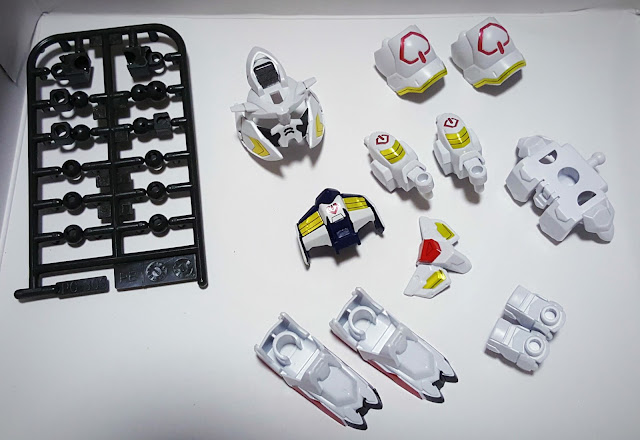 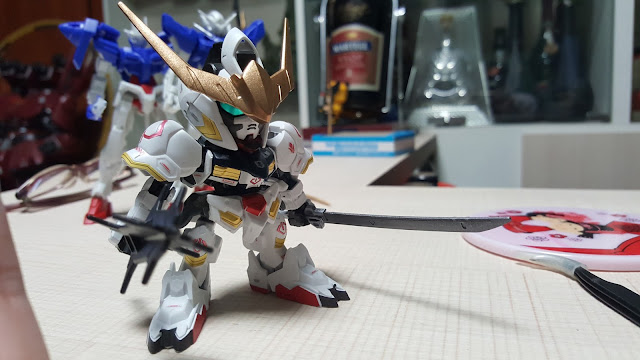 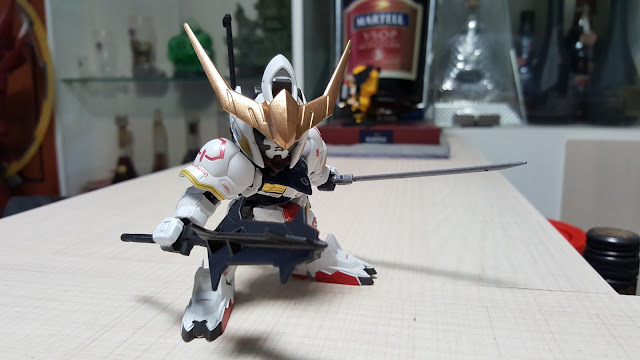 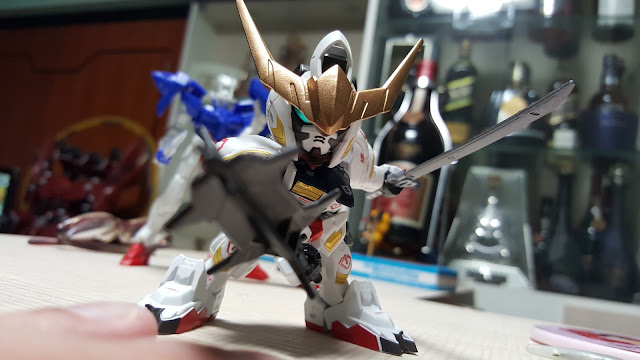 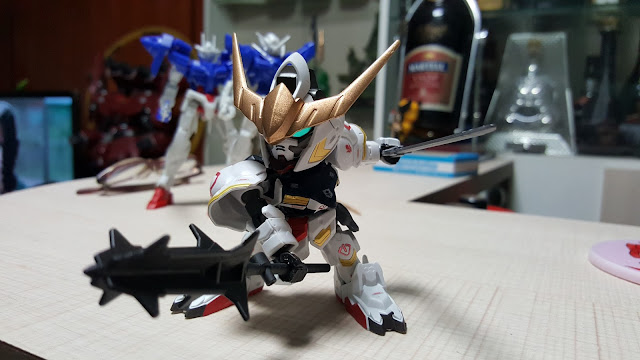 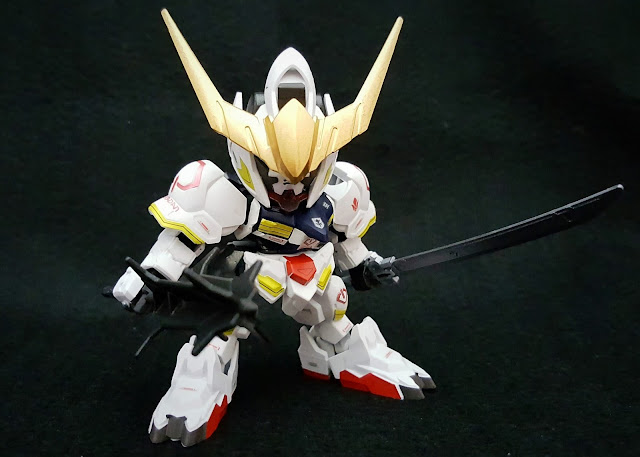 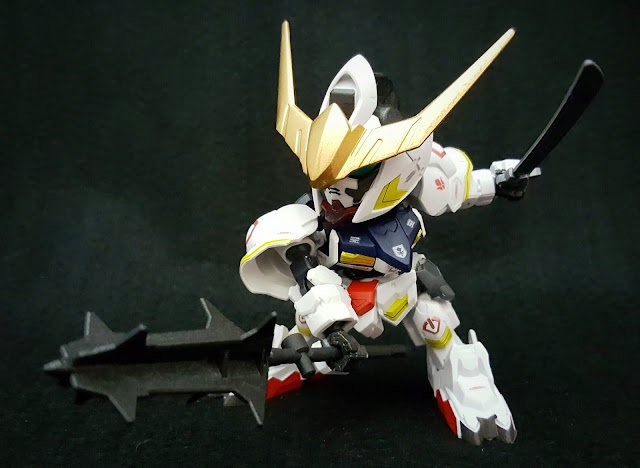 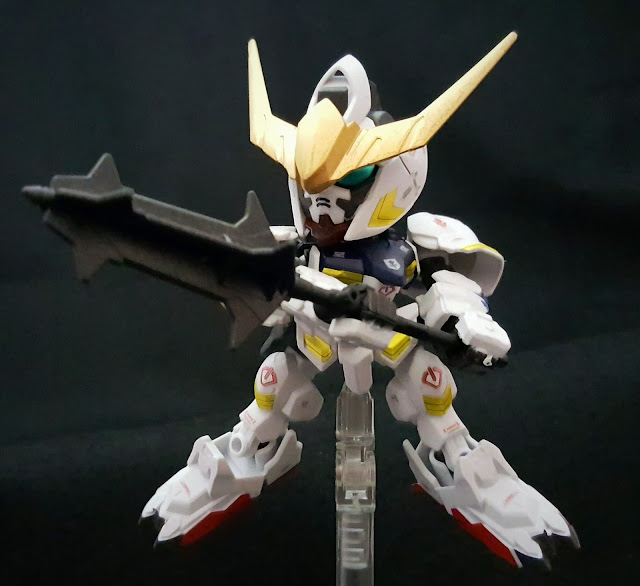 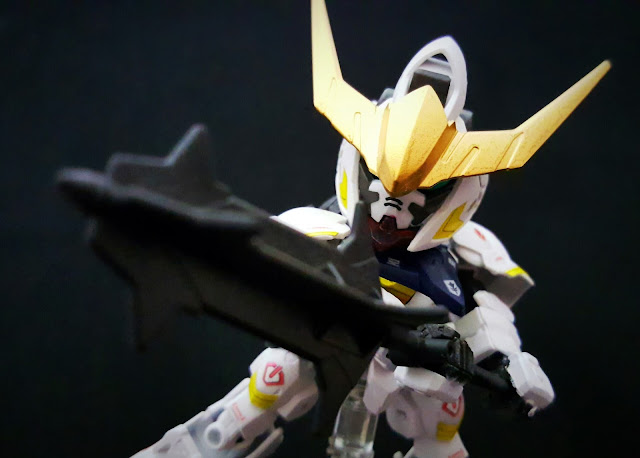