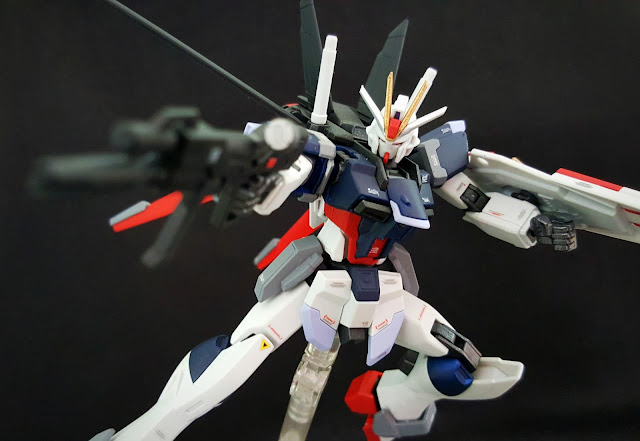 The Force Impulse Gundam represents a new age in mobile suit development in the Gundam Seed Destiny series, being one of the newest high performance mobile suits to roll off ZAFT's assembly lines. The HG Seed version of the Force Impulse was actually rather adequate, although the proportions were slightly off and colour separation for the secondary colours was practically non-existent.

The HGCE upgrade of the Force Impulse gives it many more parts, including pieces that were stickers on the HG Seed version. One gripe is that despite the increased part count, Bandai still doesn't want to give you red parts for the Force Silhouette's wings, instead preferring to frustrate you with huge, unwieldy stickers.

This Ver. GPN recolour of the Force Impulse is a more subdued and tactical colour scheme befitting of a high performance mobile suit. 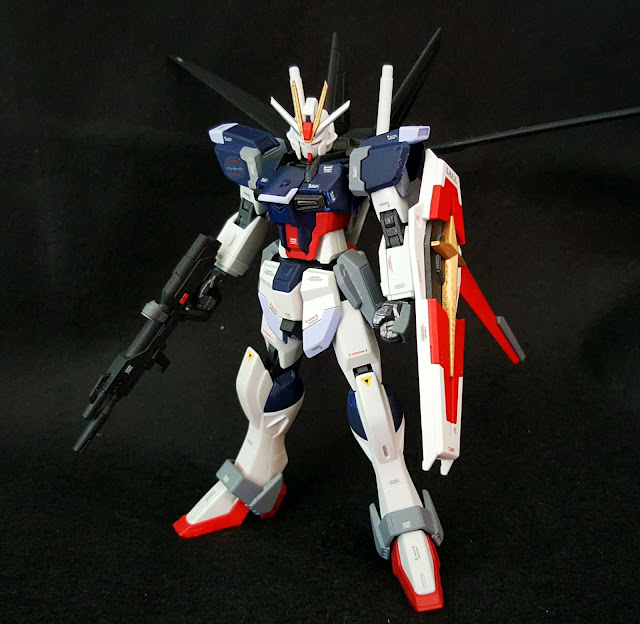 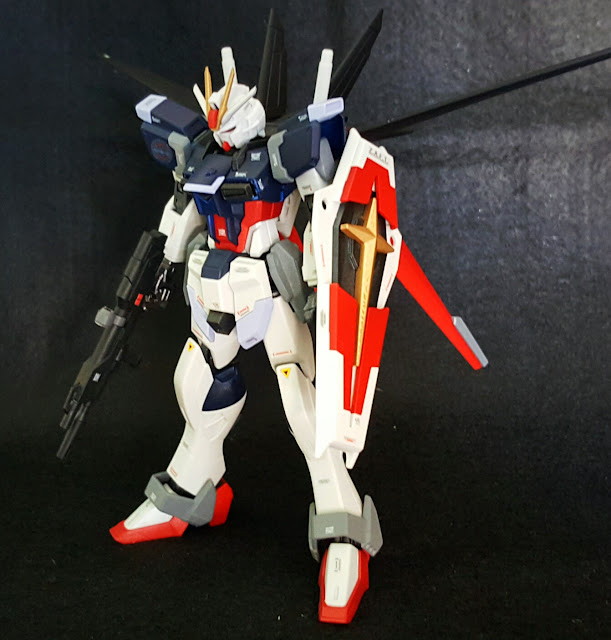 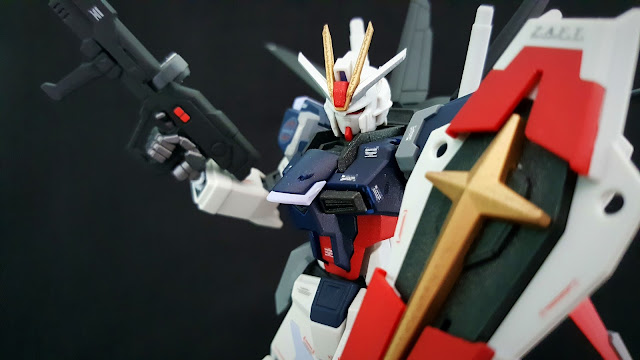 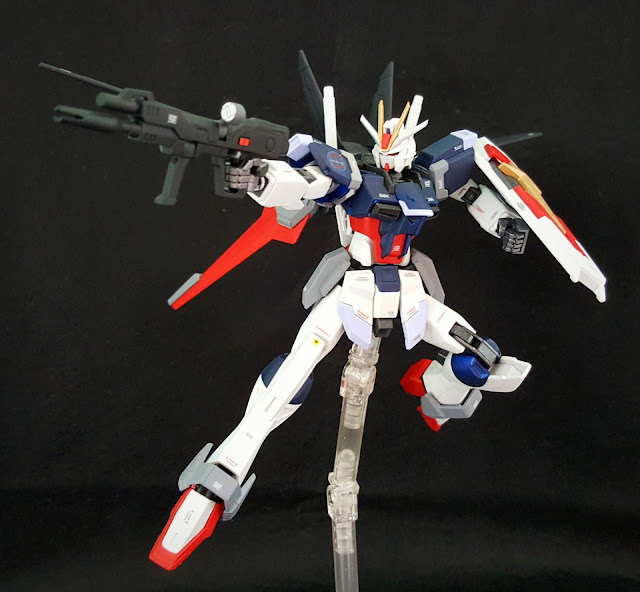 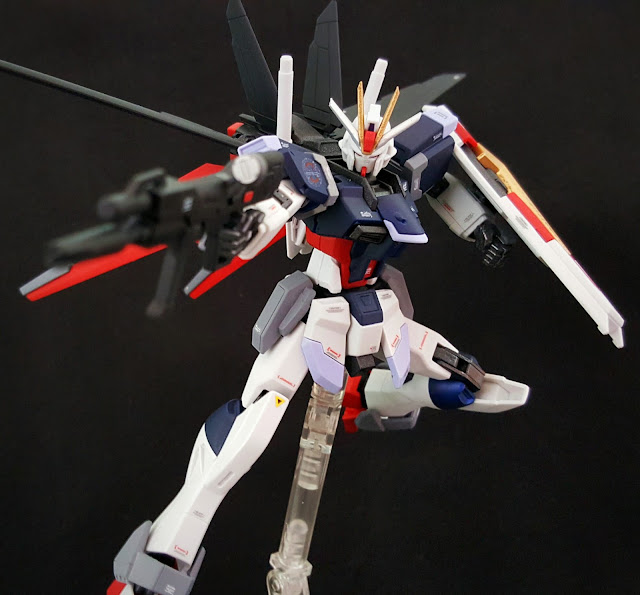 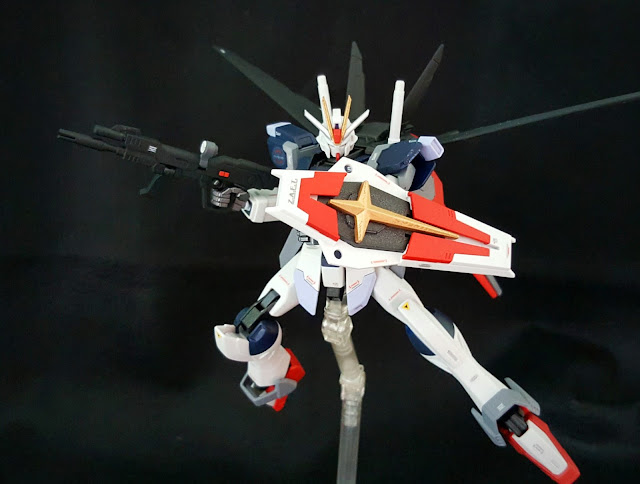 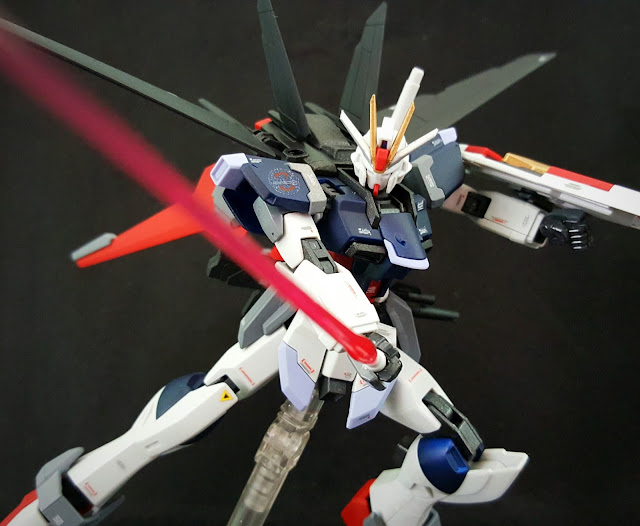 Posted by Gunplanerd at 5:50 PM