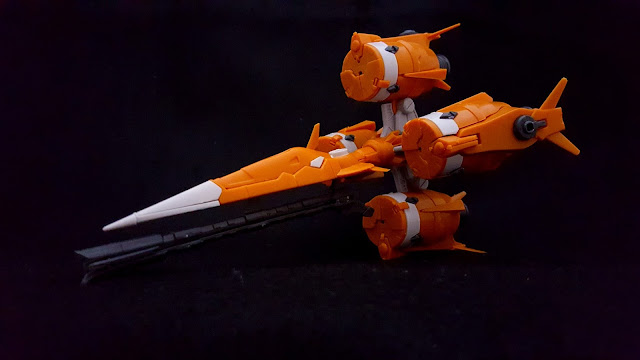 As far as third party model kits go, the SPL brand is not as prolific as say MC Model, Dragon Momoko or even Daban. In fact, apart from this 1/100 Mobius Zero, it doesn't seem like the Chinese has been producing many kits or will produce them in the near future. This is a shame, as the Mobius Zero kit holds much promise, although marred by engineering issues that could be rectified given time and/or funding.


As far as Mobius Zero kits are concerned, they are only available in the 1/144 scale, as the HG Seed 1/144 105 Dagger + Gunbarrel Striker and the EX-Model 1/144 Gundam Seed Mecha Set 01 which consists of the Mobius Zero and the Skygrasper. Considering that the Mobius Zero is not a mobile suit, its availability in larger scales is expectedly limited, although it is quite popular due to its all-range antics in the anime series.

SPL's 1/100 scale Mobius Zero allows Mobile Armor enthusiasts to have a field day. By and large a simple build in terms of complexity and part count, the Mobius Zero has a few fascinating gimmicks up its gunbarrels, including working gun bay doors, flexible mounts as well as a pseudo-transforming ability that allows the entire thing to plug into a Striker-type hardpoint. Speaking of which, the entire contraption is too heavy for the single plug connector to handle, and said connector is not very tough to begin with (it bends).

In terms of playability, the Mobius Zero suffers due to its relative fragility; anyway you can't really do much when it comes to a plane without any limbs whatsoever. The Gunbarrels are able to detach from the main body and fly around, but pats will need to be removed to allow for disengagement and individual stands are required for each Gunbarrel along with the main body (not included with the set, and their connector ports are of a different diameter from the usual 3mm ones).

This set also comes with a slew of weaponry for your 1/100 model kits: a Beam Spray Gun that is easily the coolest of the lot, a Double Cannon that is terrible to assemble, a Hyper Bazooka attachment that attaches to the Double Cannon to create a larger Hyper Bazooka as well as a Foldable Halberd with three modes (Inactive, Naginata, Beam Halberd). If the Mobius Zero is not for you, these weapons will justify your purchase that bit more.

The Mobius Zero will look good just as a snapfit on your shelf, since it's something that bears a unique appearance that you don't see everyday. 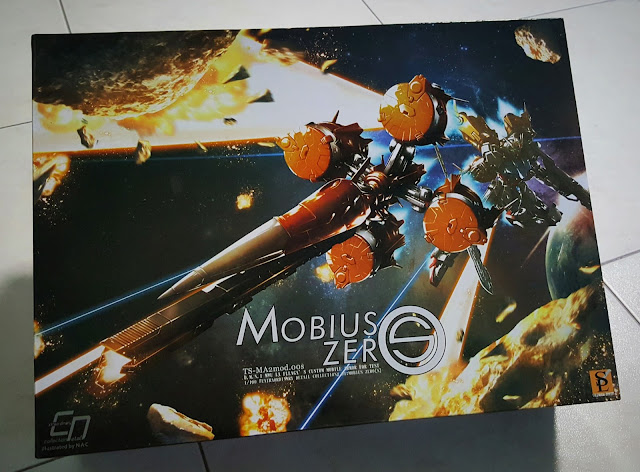 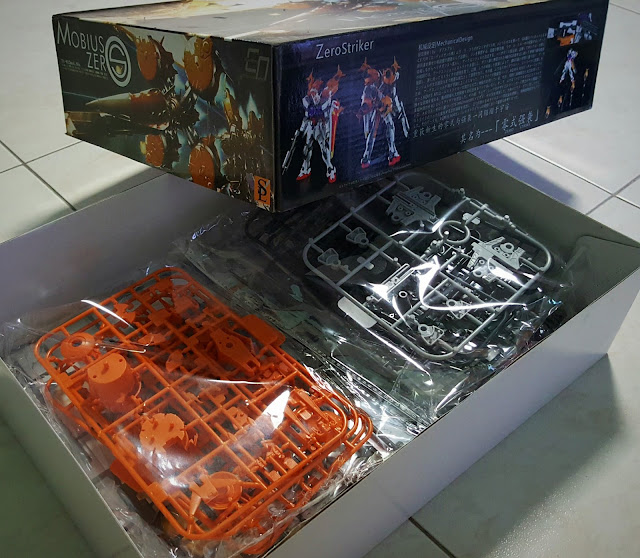 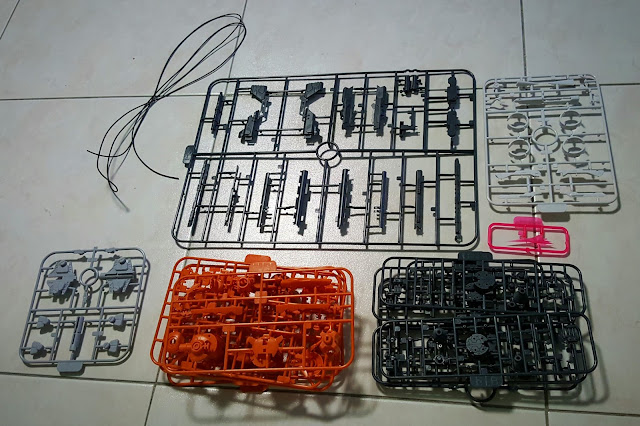 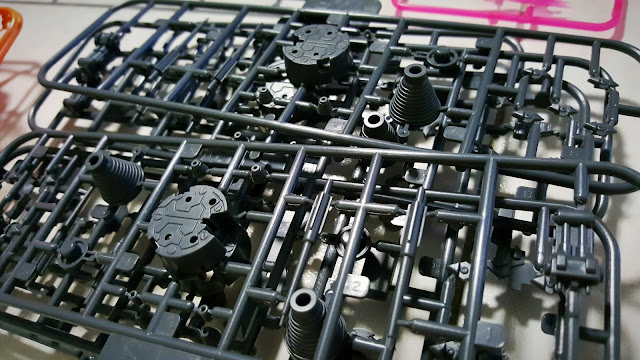 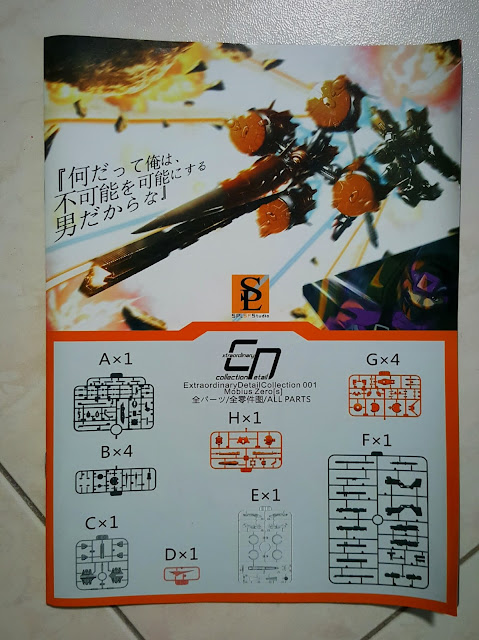 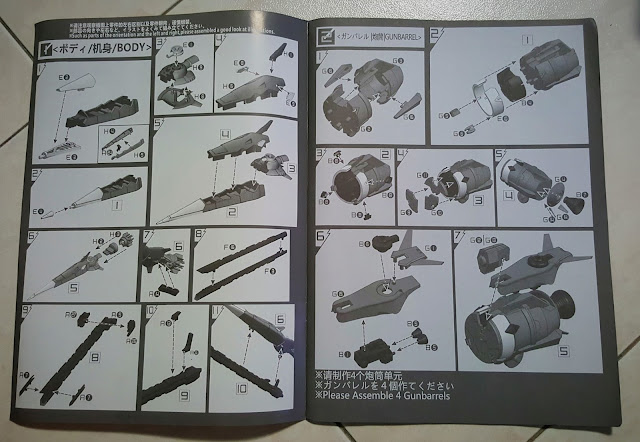 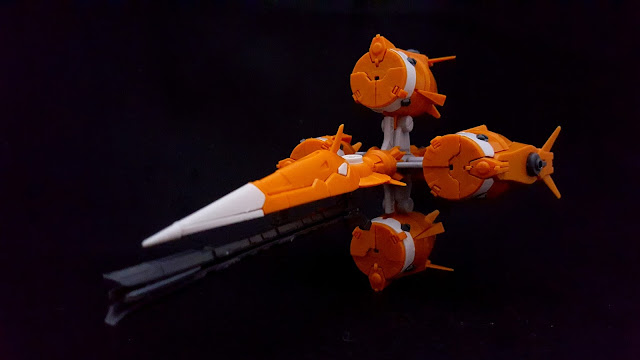 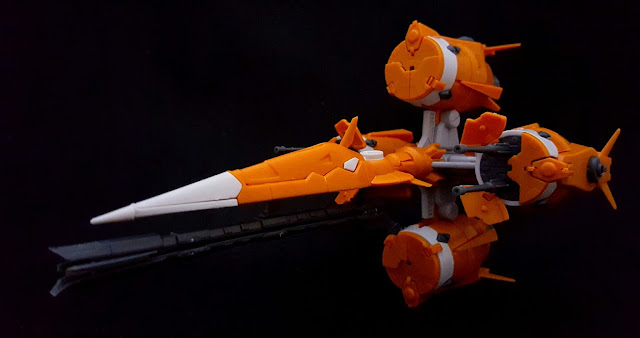 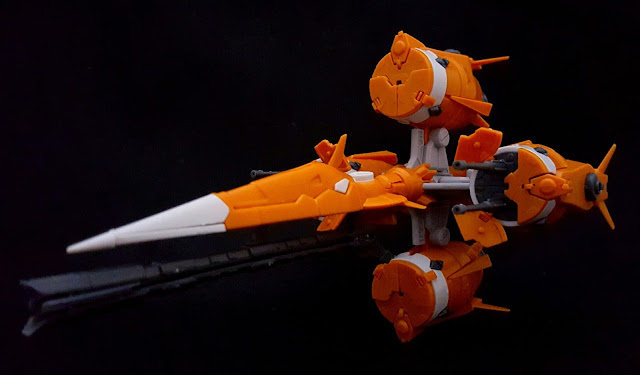 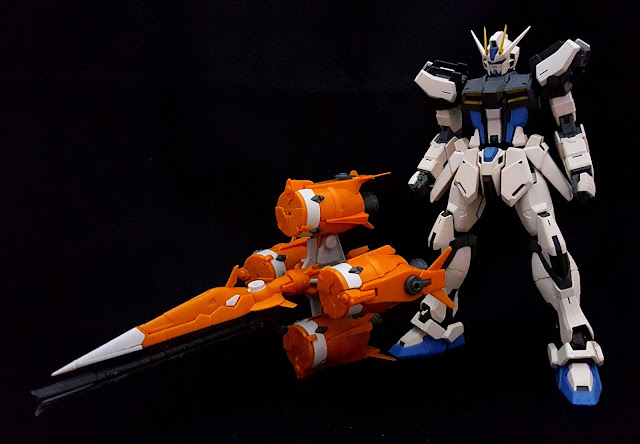 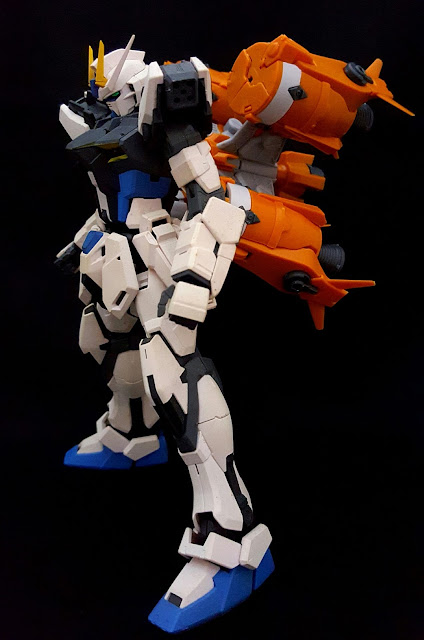 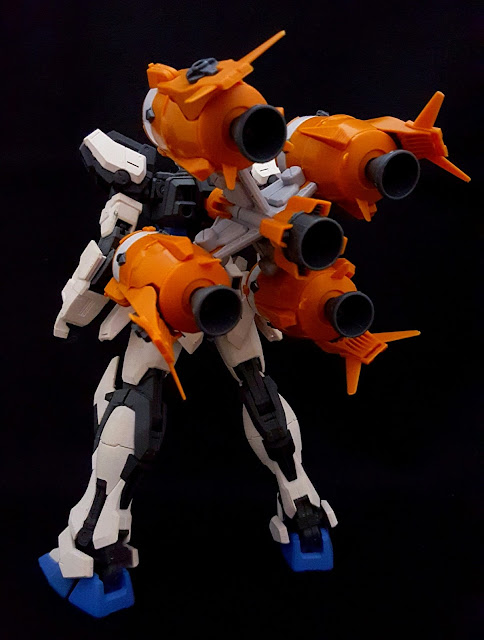 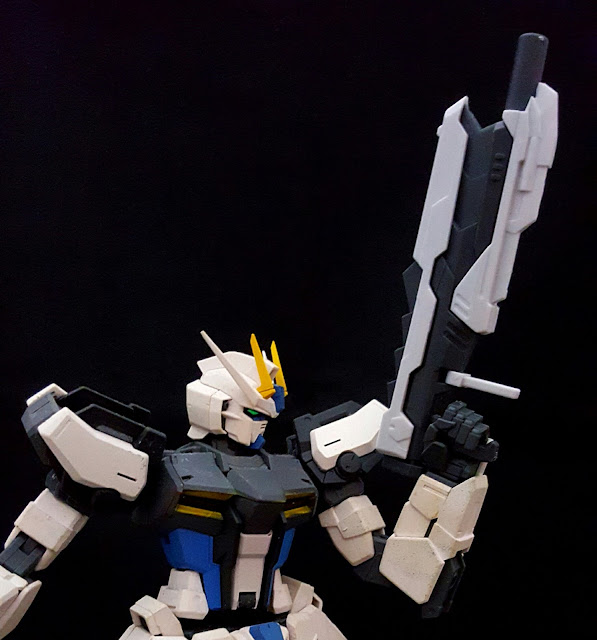 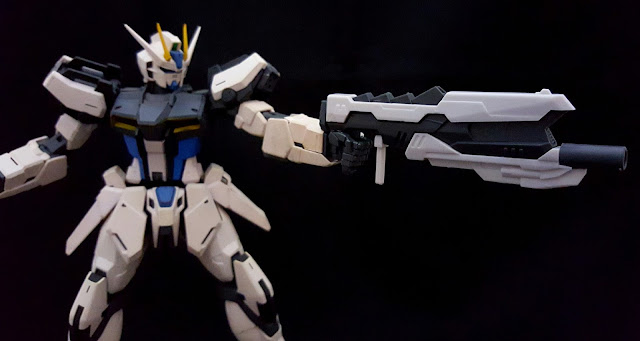 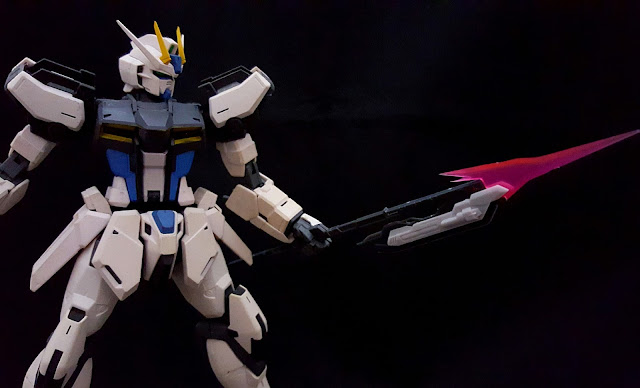 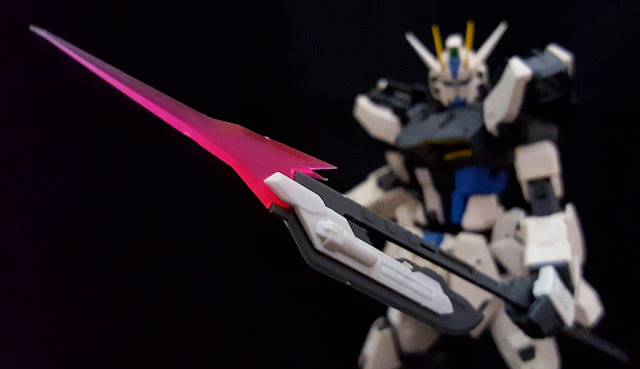