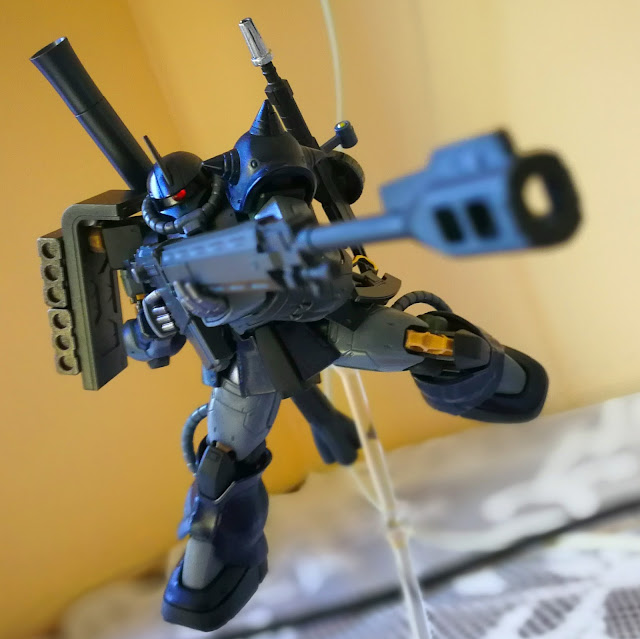 The Zaku II is a classic mobile suit, having spawned hundreds of different variants and thousands of customised versions. The latest iteration of the HG 1/144 scale Zaku II can be considered one of the best, if not the best, version of a Zaku II model kit in the 1/144 scale.


Set to appear in the next installment of the Gundam The Origin (GTO) OVA when Zeon attacks the Federation at the decisive Battle of Loum (and also Operation British), the Zaku II Type C/C5 are early units fielded to train pilots as well as to receive actual combat performance data. At the Battle of Loum, the Zaku II units would show to the world the effectiveness of mobile suit combat, signalling a shift in battlefield paradigms and changing the face of warfare forever. Many Zeon aces would earn their wings in the Battle of Loum, almost all of them piloting Zaku IIs.

The latest edition of the GTO Zaku II model kit inherits all the positives (and some flaws) of the Zaku-type model kits that precedes it, including the Waff, Bugu, Zaku I and Char's versions of the Zaku I and II. However, this kit comes with a buttload of weapons, including a bazooka with three magazines, two Zaku machine guns (one drum-fed and one belt-fed), the anti-ship rifle, two heat hawks (one deactivated and one deployed), a forearm-mounted twin-linked machine gun as well as two different chest parts and backpacks. This is value, right here.

This Zaku II is a pretty fun build, with a large number of parts coming together to construct each part of the mobile suit. Articulation is pretty dang solid as well, with the Zaku able to achieve fluid poses and battle stances, especially with the awesome anti-ship rifle. While the rifle is not a new thing, it is still a blast to play with it.

Bandai is still not done releasing Zaku model kits, but if they build on this impressive Zaku design for future model kits, it would be good news! 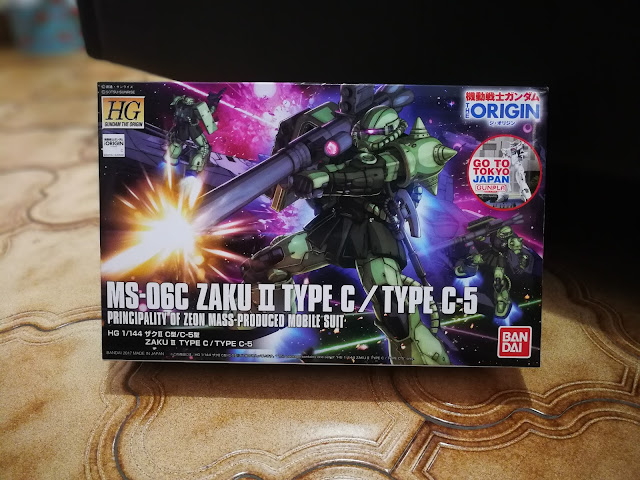 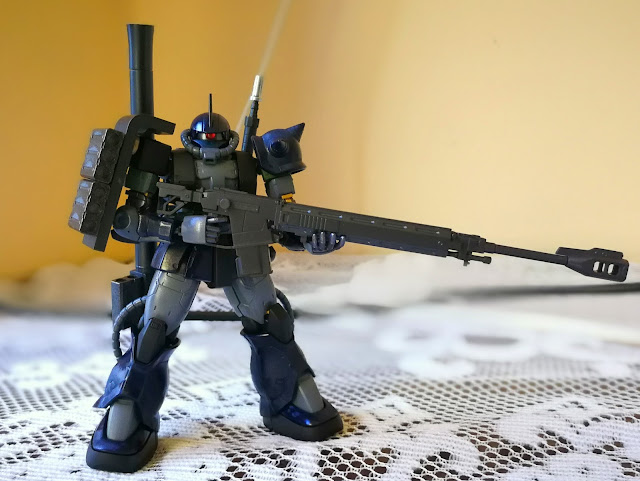 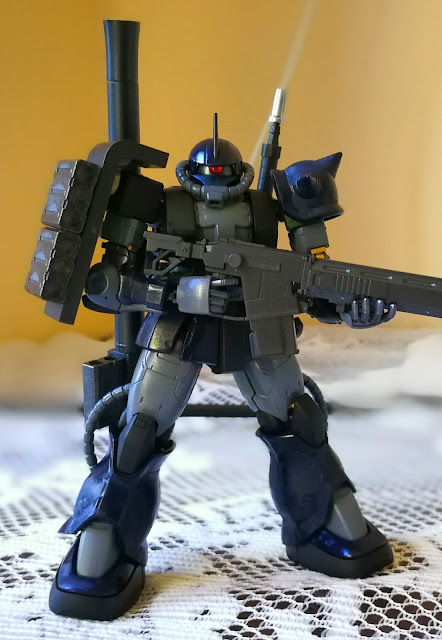 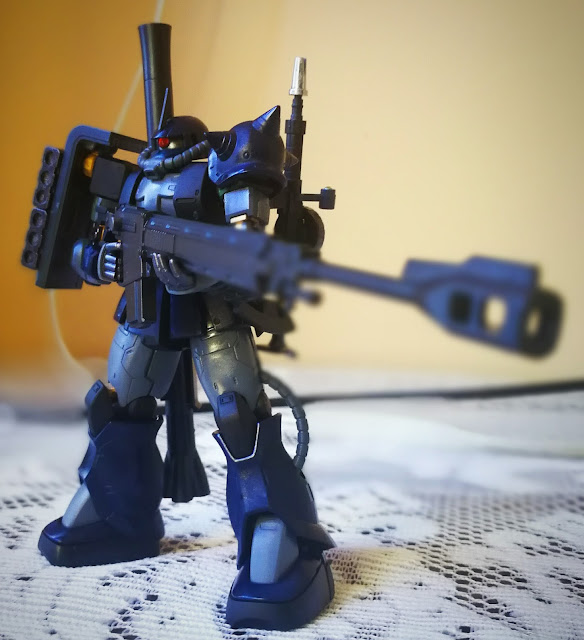 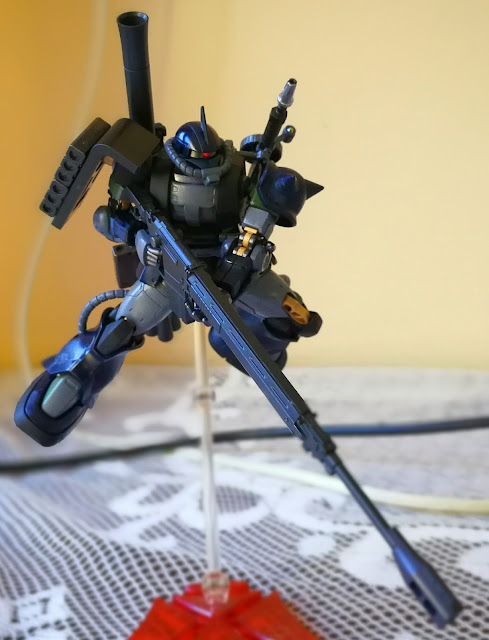 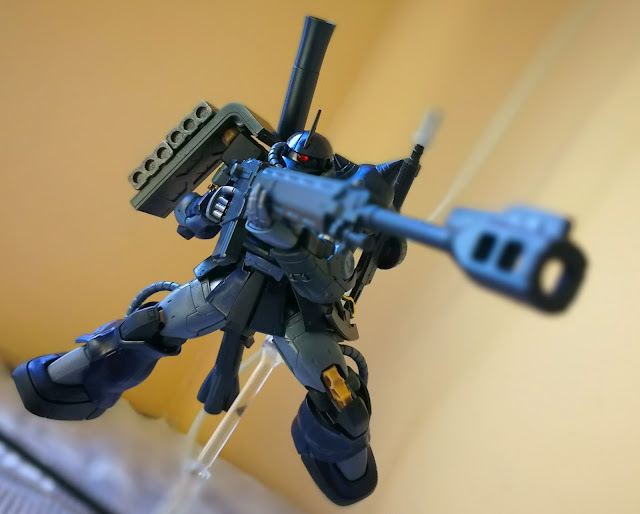 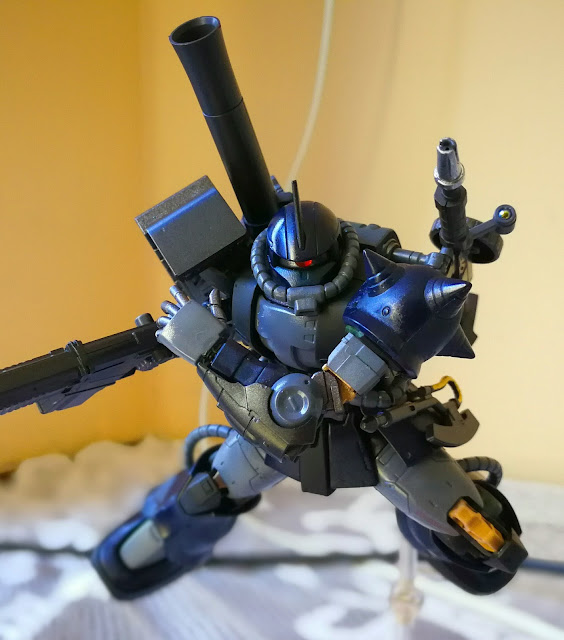 Posted by Gunplanerd at 5:52 PM