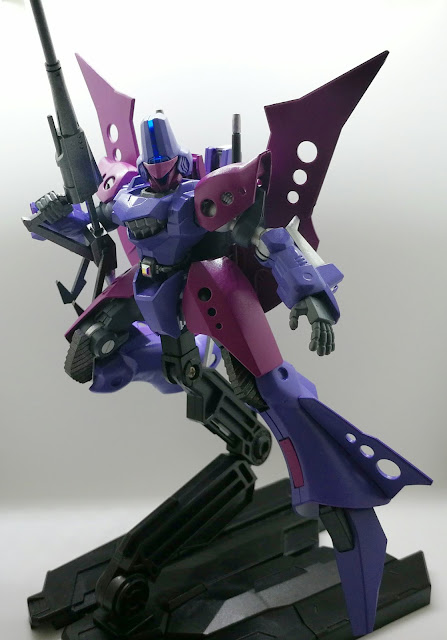 
The Hambrabi Suban was developed and created by Gunpla Battle Thai Champion Luang Dallara after his defeat at the hands of the Renato Brothers and their GM Sniper K9. Prioritising speed over defensive capability, Luang selected the RX-139 Hambrabi as the base model kit for his newest Gunpla, resulting in the high-speed Hambrabi Suban painted in his signature purple hues.

Removing the need for complex transformations in order to achieve a high-speed form, the Hambrabi Suban morphs into its cruiser mode by folding its legs onto the backpack. This gave Luang plenty of room to work with devising combat tactics based on this fast transformation. Coupled with the long-ranged Fedayeen Rifle, Luang's favoured the use of the Suban's cruiser mode to move quickly from point to point, firing shots at each stop. The speed of the Suban meant that enemy Gunpla generally did not have enough time to react, and were brought down by long range beam barrages. 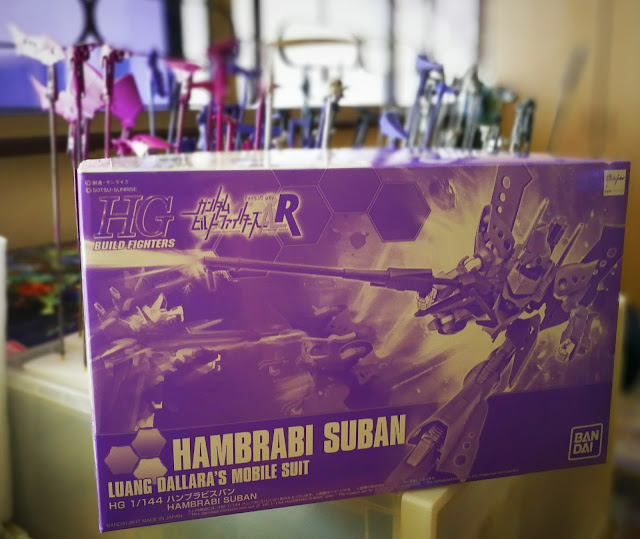 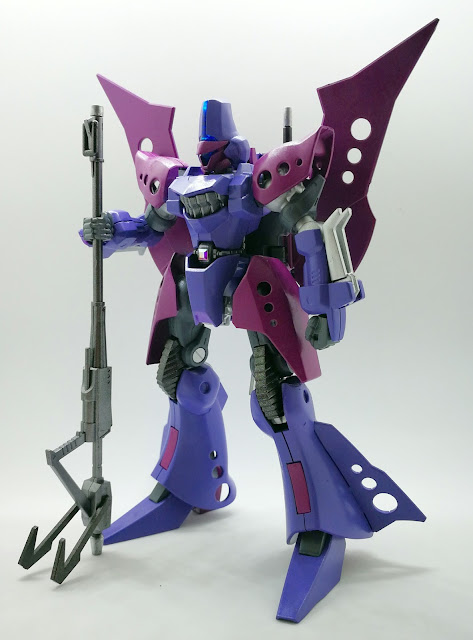 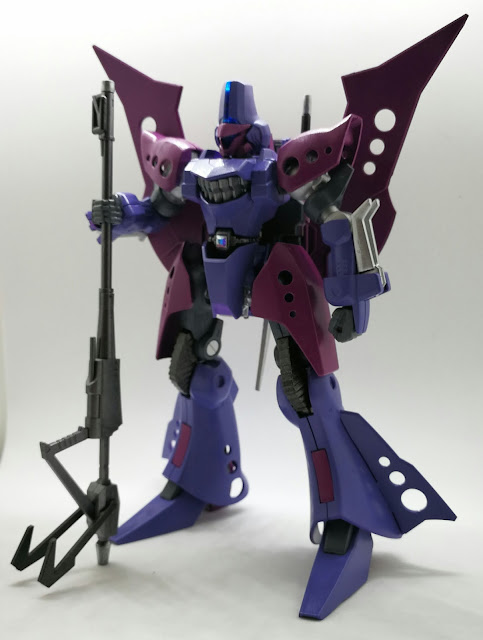 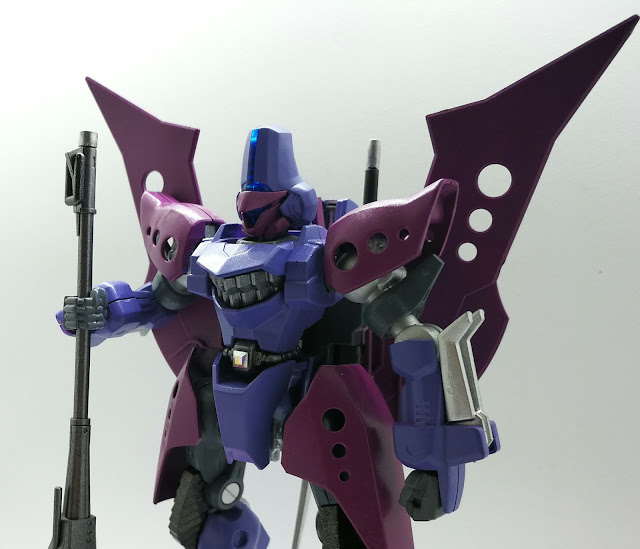 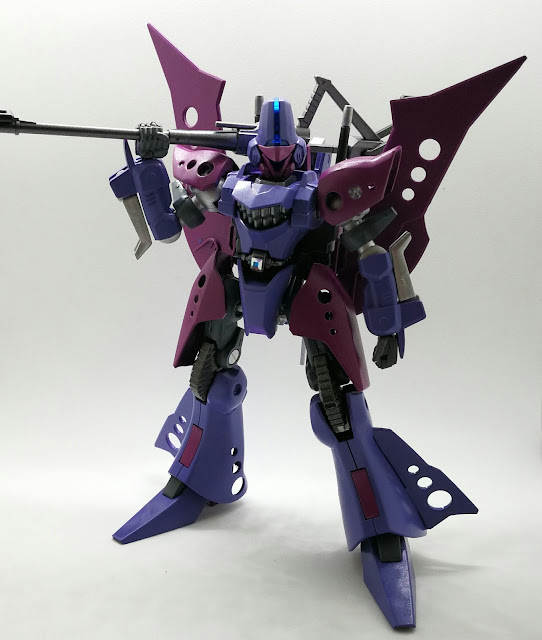 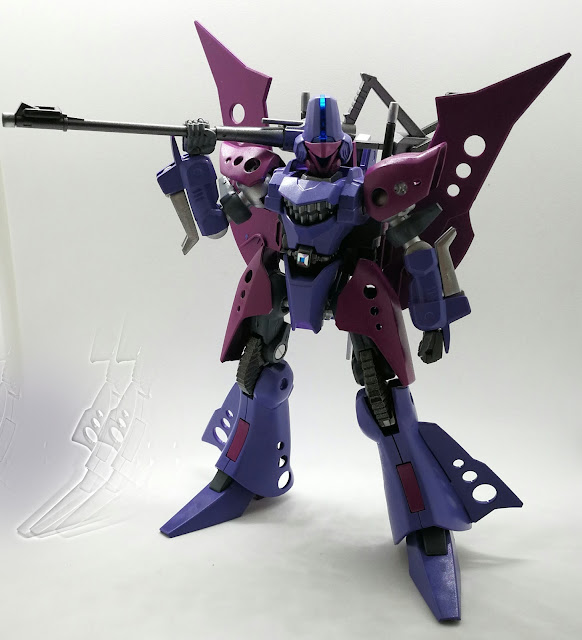 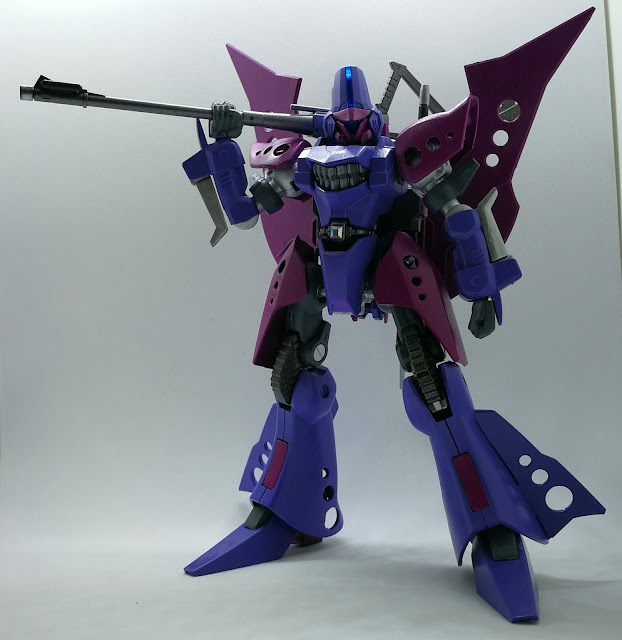 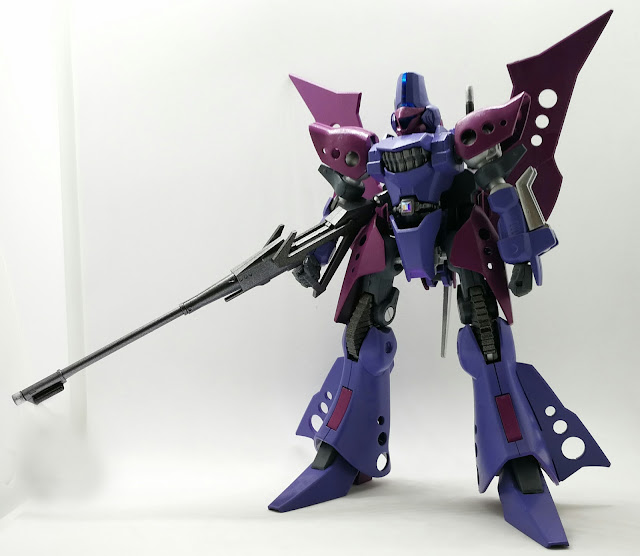 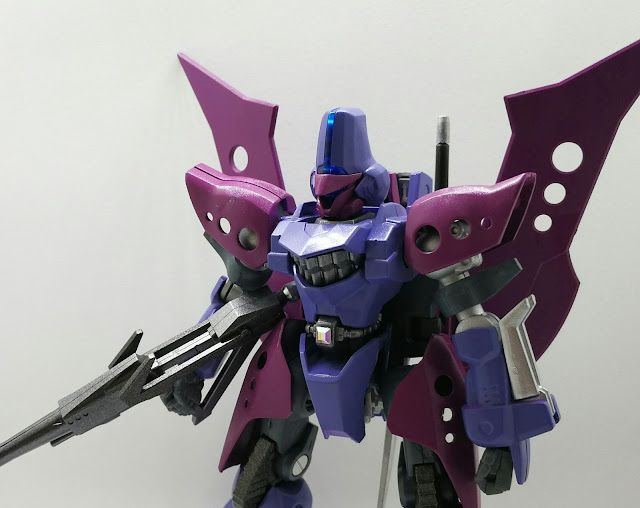 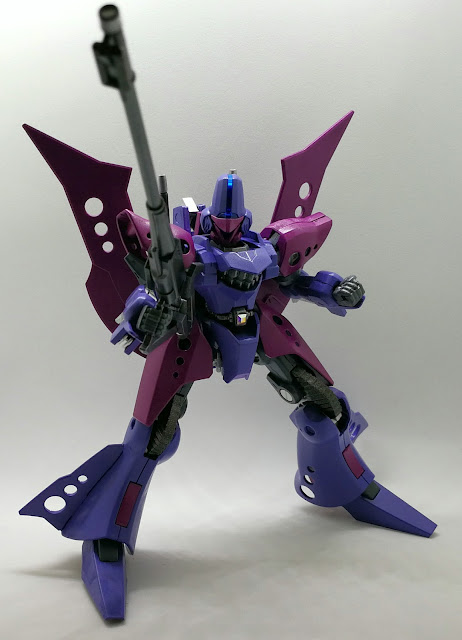 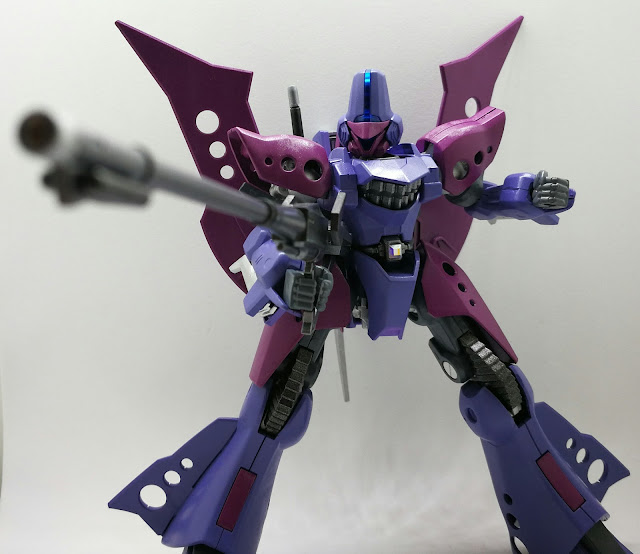 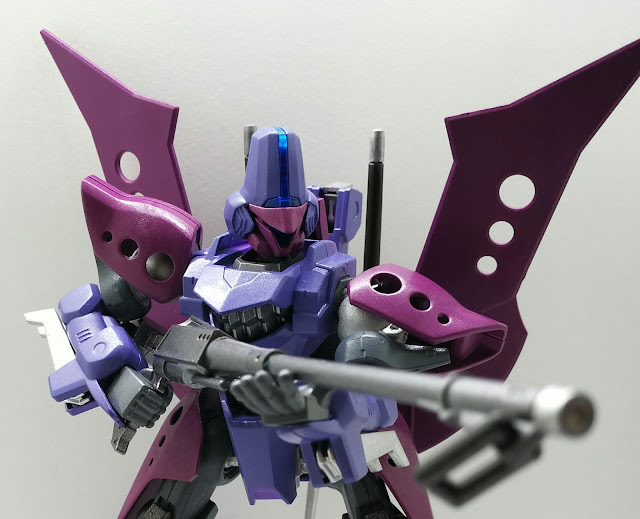 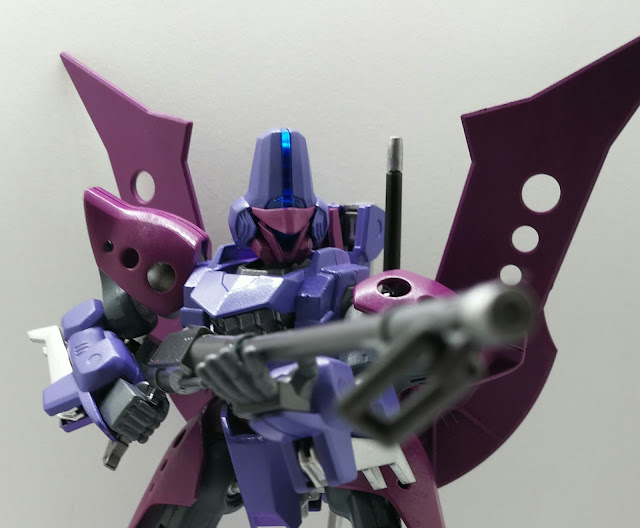 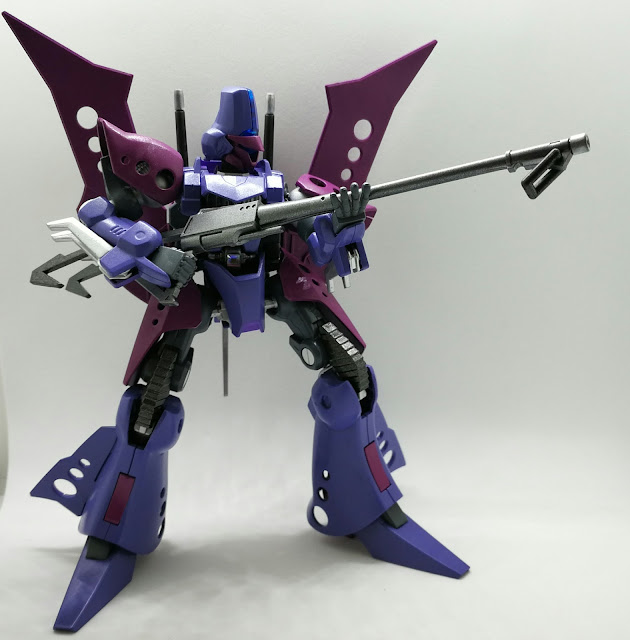 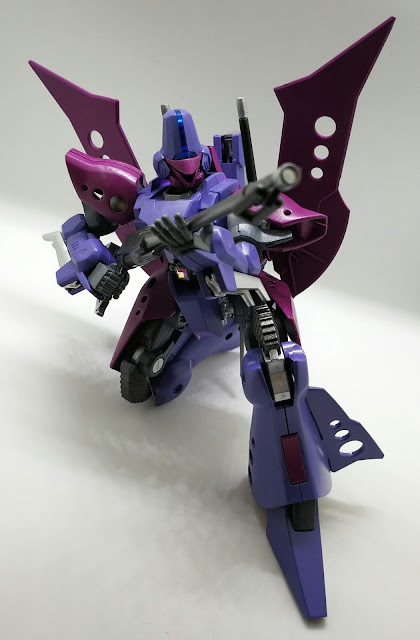 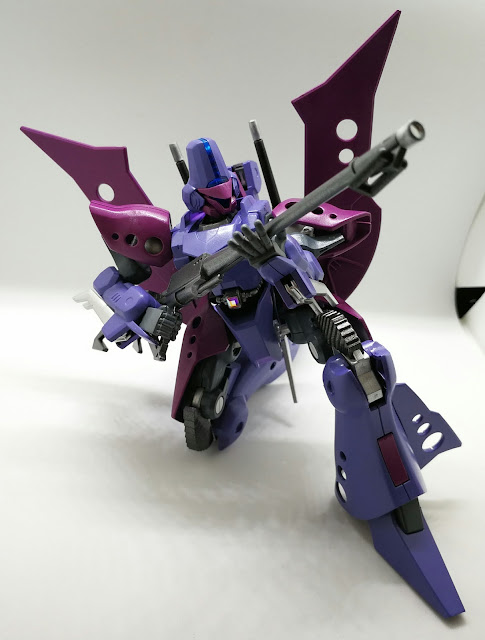 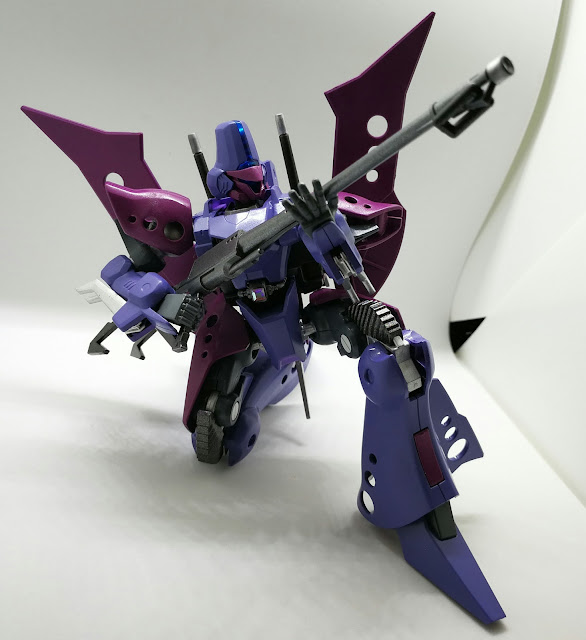 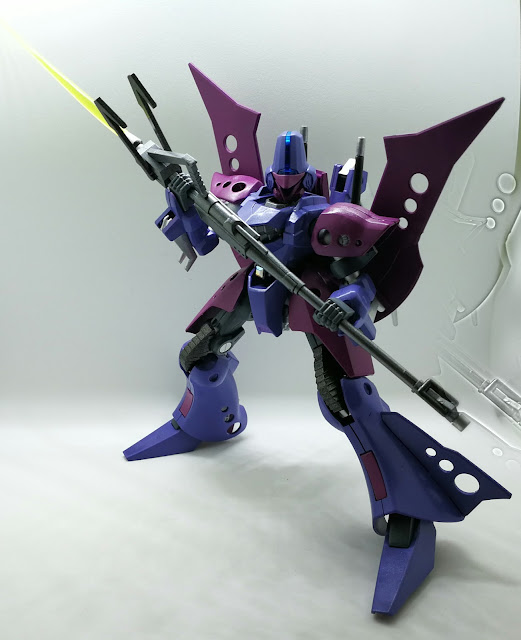 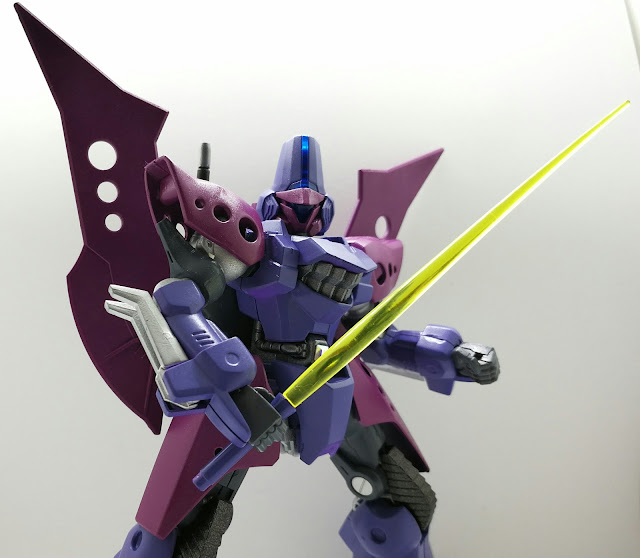 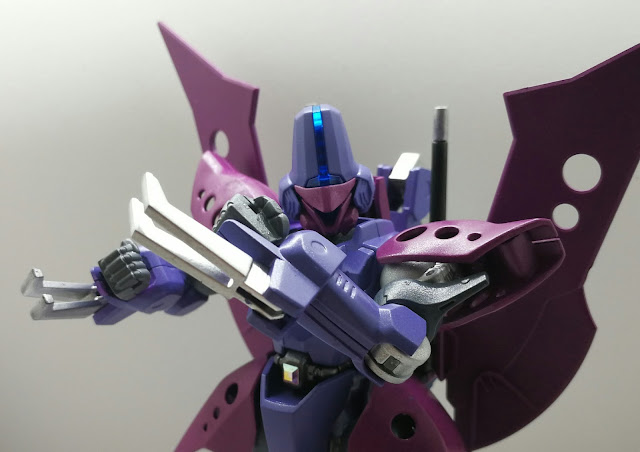 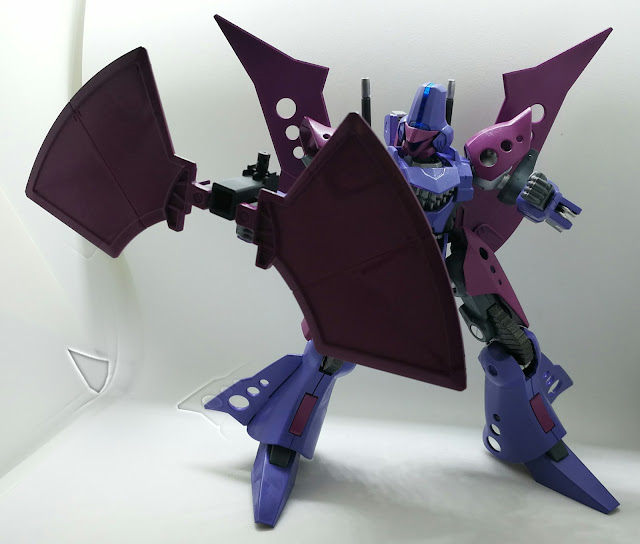 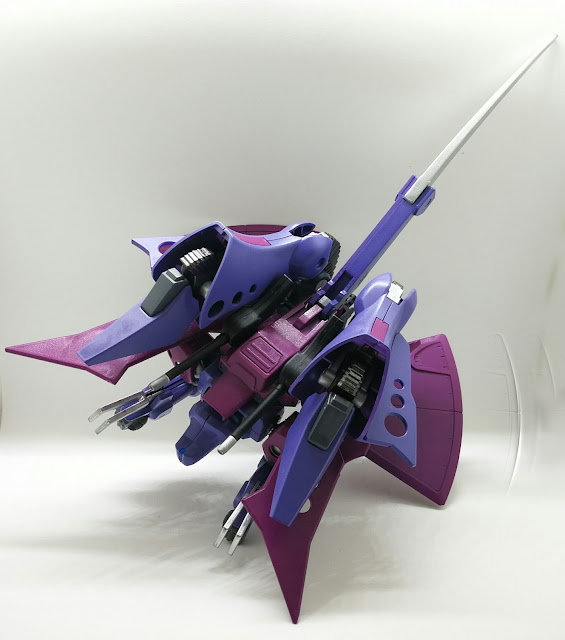 Posted by Gunplanerd at 6:58 PM