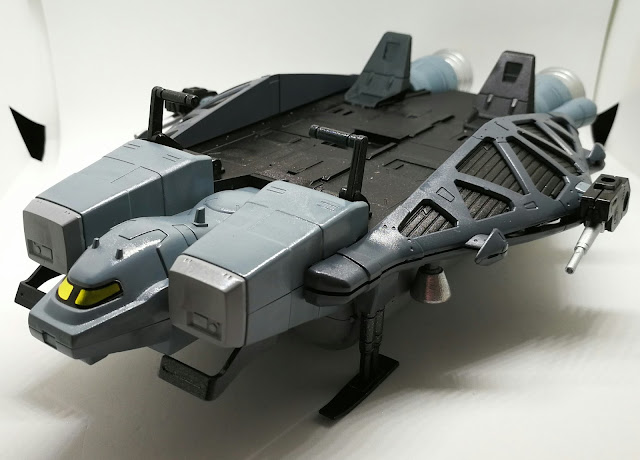 A mobile suit can be tricked out with all the bells and whistles but it still needs a way to get from point A to point B.

Base Jabbers are basically mobile suit portable mobility devices that help the humanoid machines get in (and out of) areas of combat operations. Used since the One Year War in the form of the Zeon Dodai and other variants, Base Jabbers have evolved and splintered into multiple engineering tracks since then, but all still dedicated to the fine craft of ferrying mobile suits.

While primarily confined to the transportation space, Base Jabbers have been armed with weaponry to improve the survivability of both the Jabber and the mobile suit it is ferrying. Theoretically, armed Base Jabbers can also provide a screen of suppressive fire in the landing zone, increasing chances of a successful drop.

The Type 89 Base Jabber (Armed Model) is equipped with a pair of 120mm autocannons mounted on its flanks. Although the damage to mobile suit armour is fairly minimal, the autocannons can easily knock out combat tanks, helicopters and aircraft. 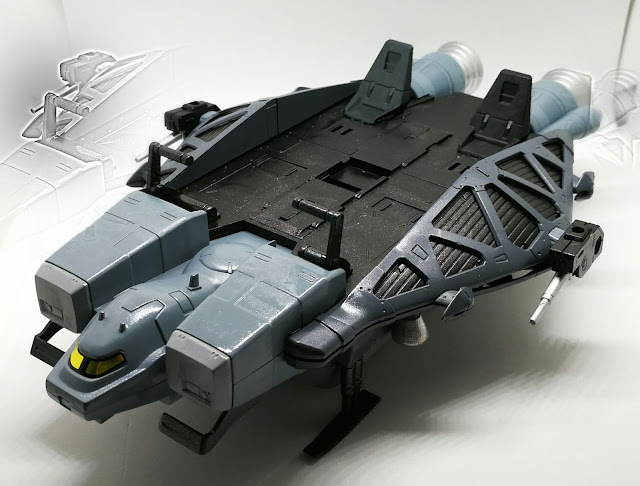 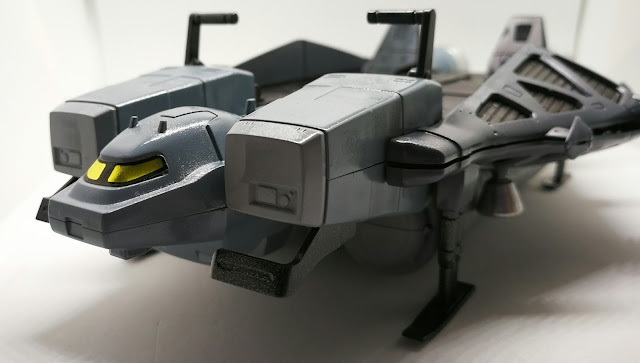 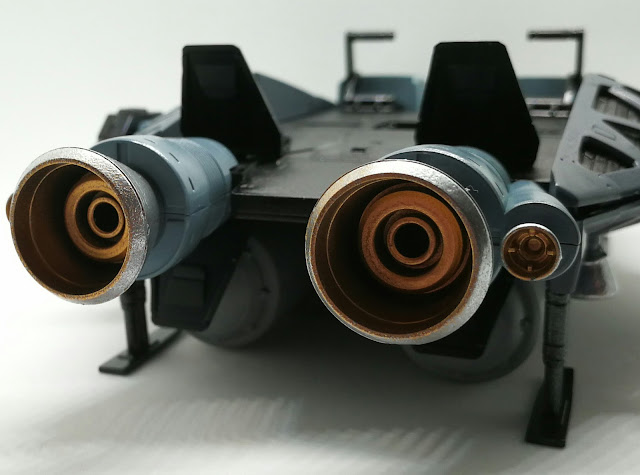 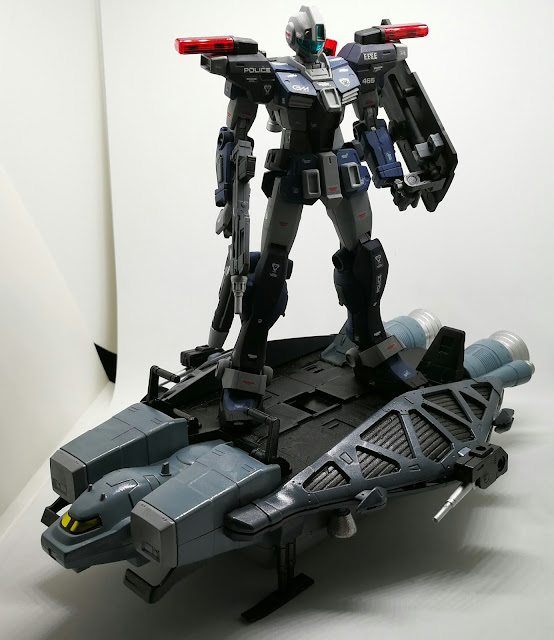 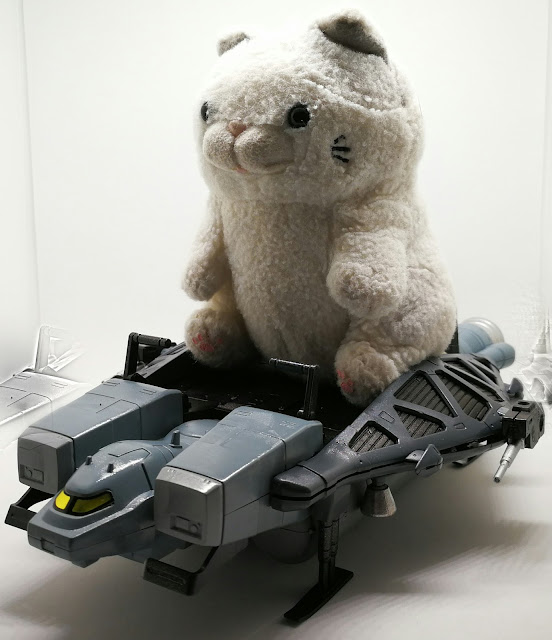 Posted by Gunplanerd at 4:30 PM