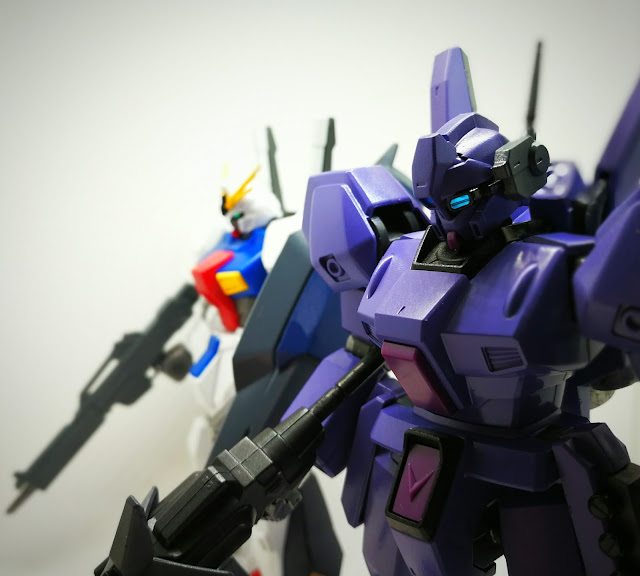 A grunt unit with a new weapon for a new boss!
The Birnam Type Jegan appeared in the opening seconds of Twilight Axis, taking rockets to its face before going down to reveal the Tristan, a force of nature in the time period the series is set in. While we don't get to see much of the Jegan after that, the P-Bandai release sheds some light on the mobile suit.

Ostensibly deployed to Axis to retrieve the original psychoframe material residing within the carcass of the Sazabi, Birnam's forces went against Mastema, a Federation special operations team sent to Axis for the exact same purpose. After the miracle at Laplace, everyone was scrambling to get their hands on the material to exploit its limitless potential.

It is unclear how Birnam managed to obtain Jegan mobile suits, let alone a working Gundam-type unit, although given the chaos of the second Neo Zeon war and subsequent conflicts, the influence of the Junk Inc. could aid in the procurement of the various parts to create the Tristan.

Sporting a distinctive purple colour scheme, the Birnam Type Jegan was by and large a typical A-Type Jegan with a number of distinct modifications. The most eye-catching feature of the Jegan has to be the shot lancer, its primary weapon. Although we didn't get to see much of this badass weapon in action during the short episodes of Twilight Axis, the shot lancer looks like it can deal some serious damage with the double-barrelled beam submachine gun and the enormous beam lance. As a practical and applicable weapon that enables the user to switch seamlessly from ranged to melee combat, the shot lancer eliminates the use of a beam saber for ultra close quarters combat, although the Birnam Type Jegan still retains its singular beam saber stored on its right skirt armour.

The second distinctive feature of the Birnam Type Jegan is the additional sensor attached to the left-side of its compound sensor. Amplifying combat data for the pilot, the sensor strikes more than one parallel with the optics of the Denan Zon series of mobile suits. Perhaps the Birnam Corps will eventually evolve into what we know as the Crossbone Vanguard. 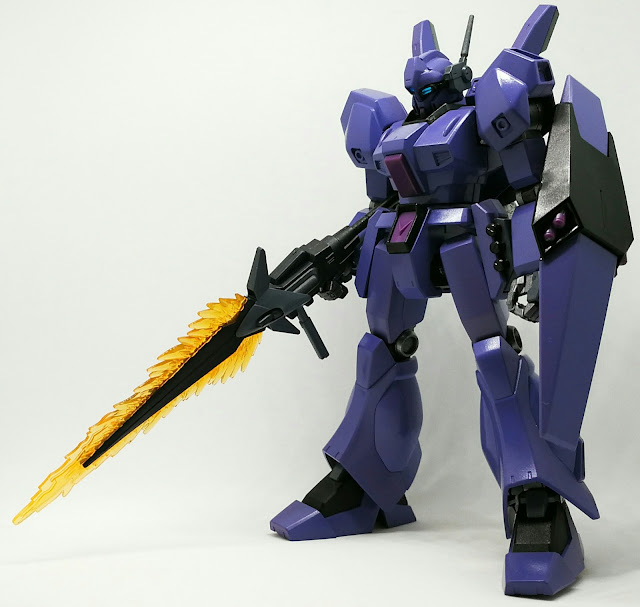 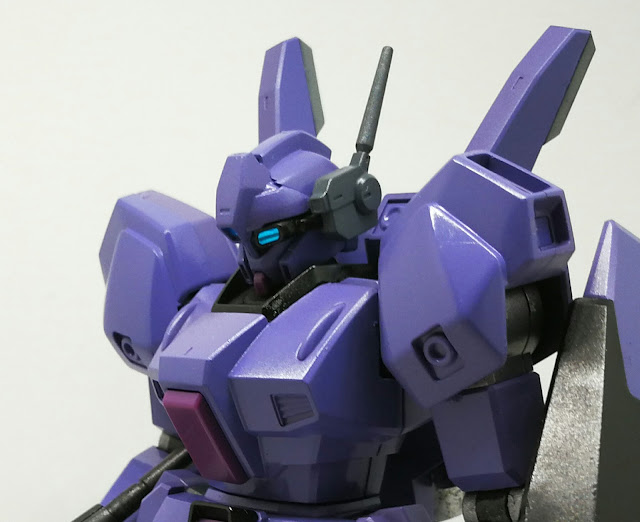 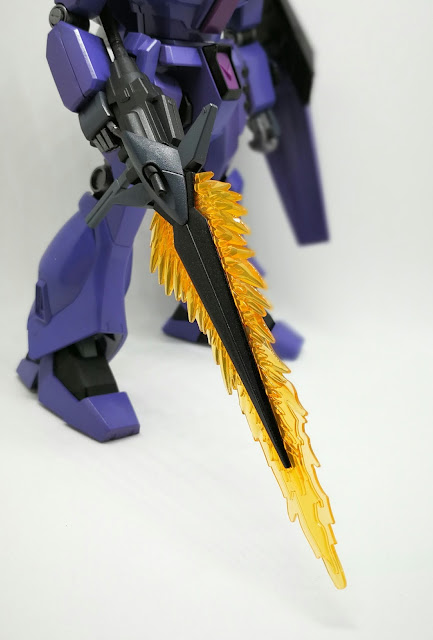 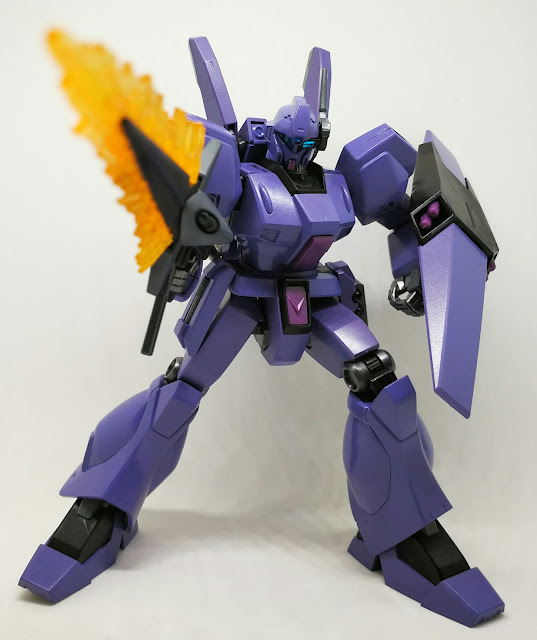 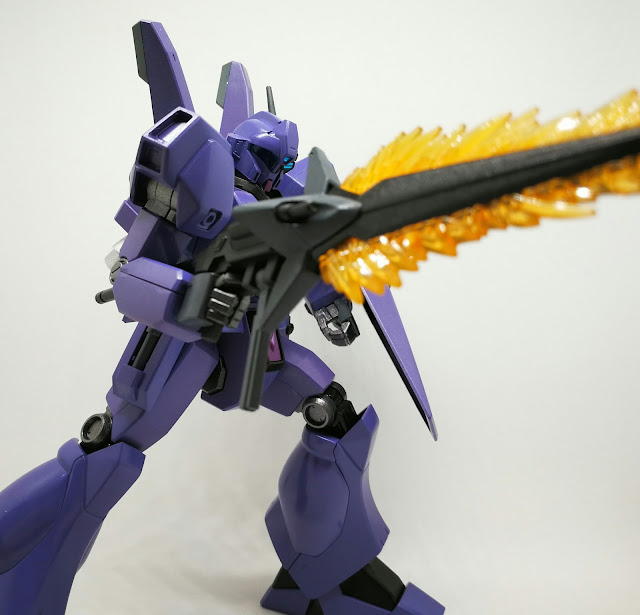 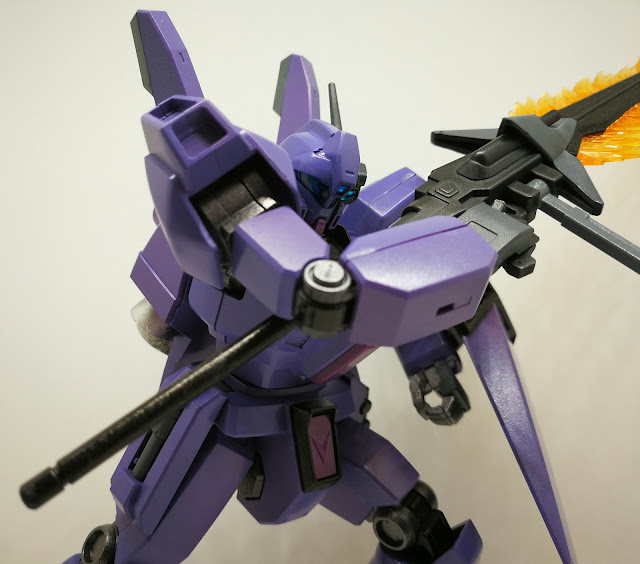 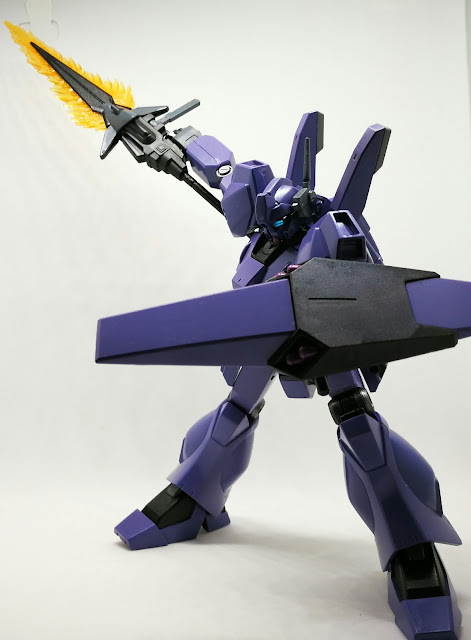 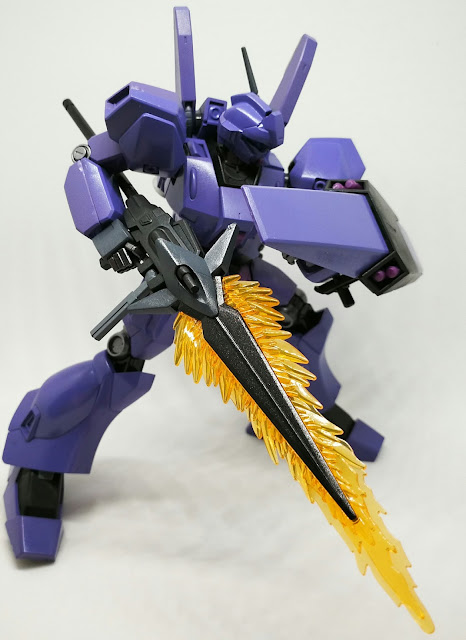 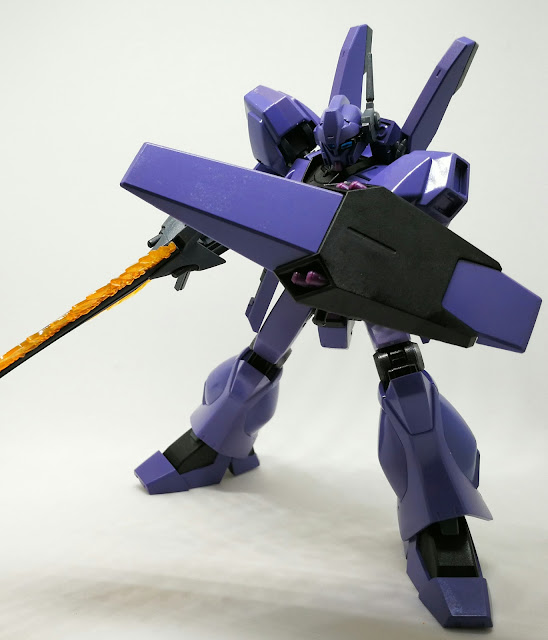 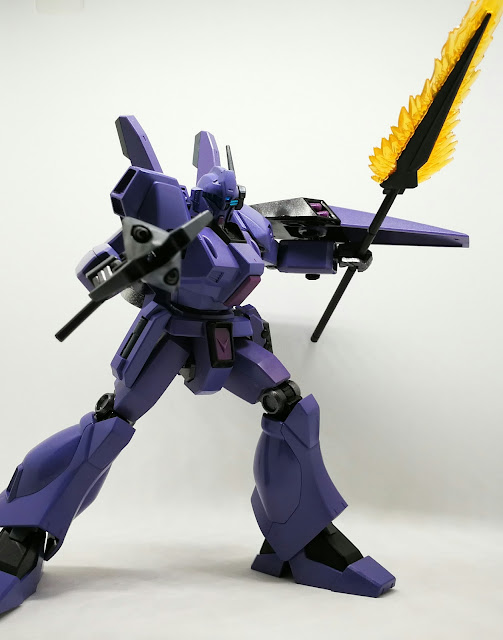 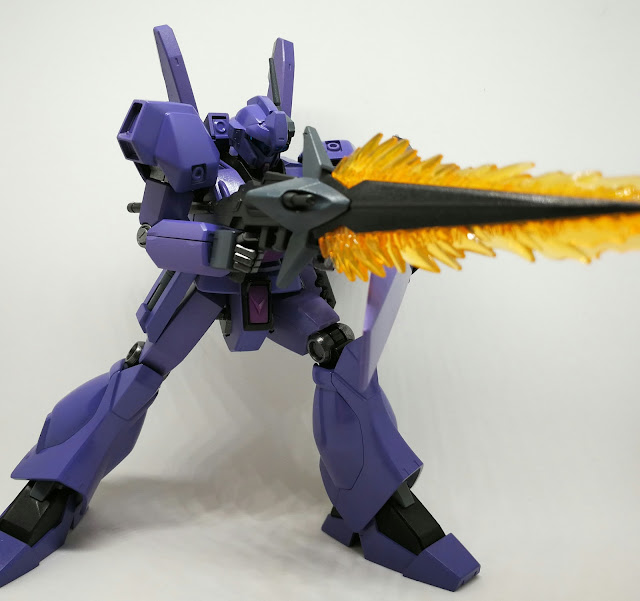 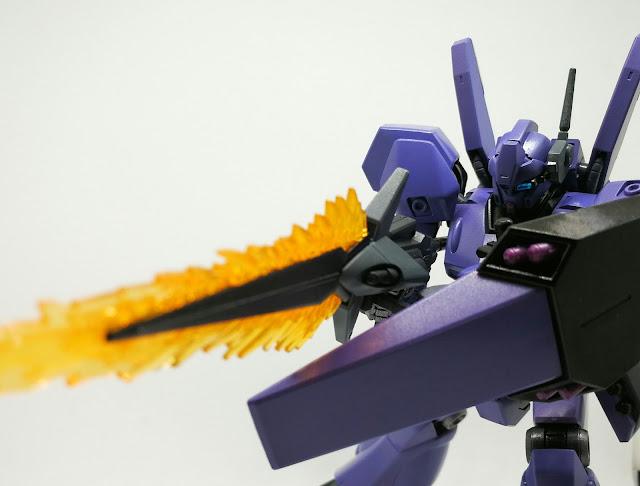 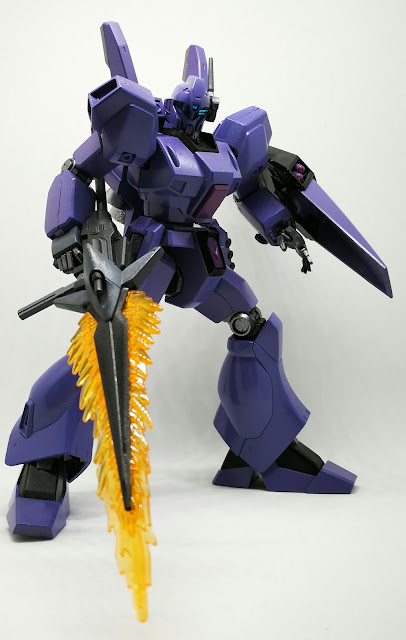 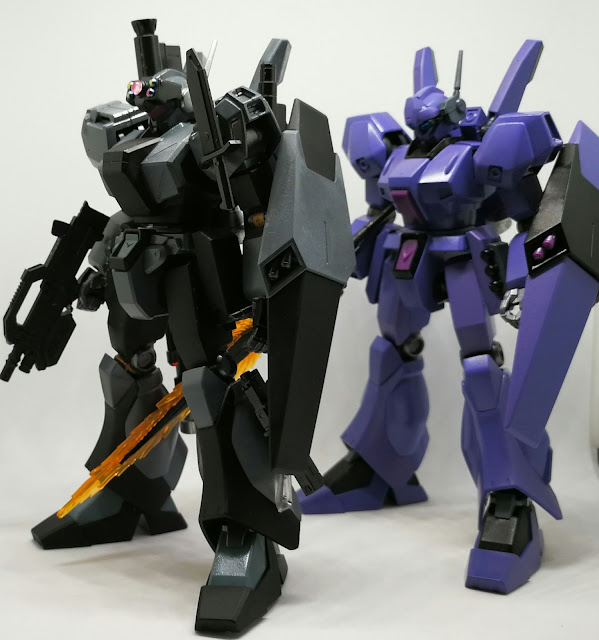 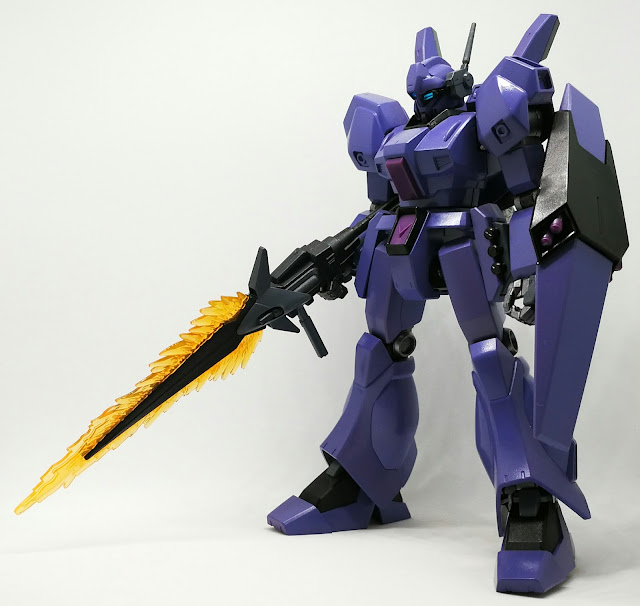 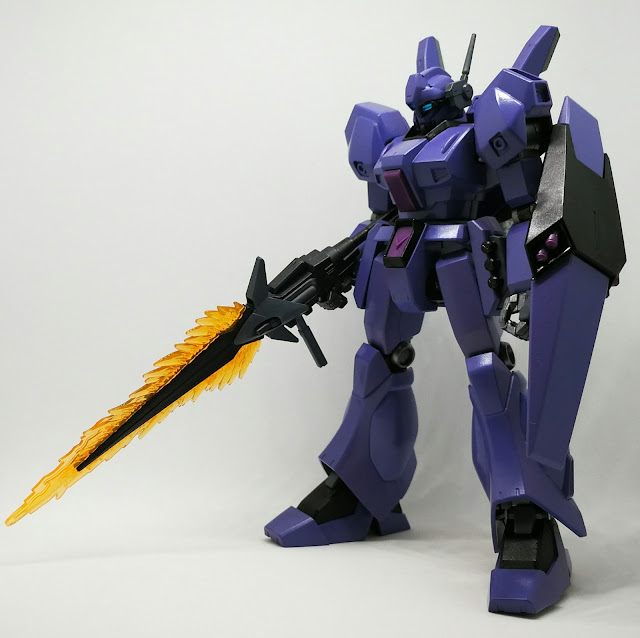 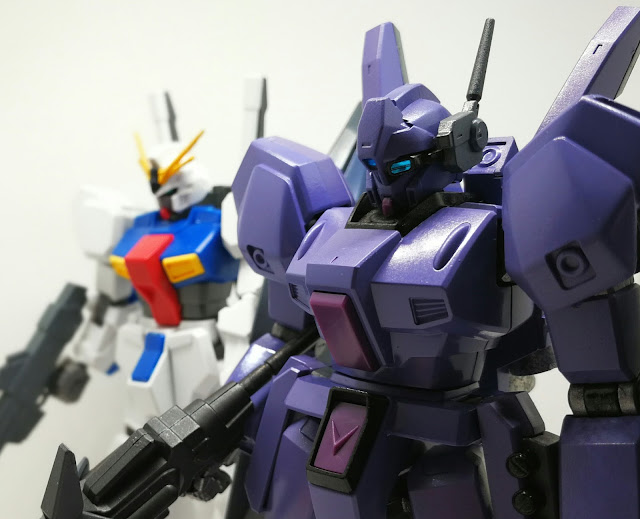 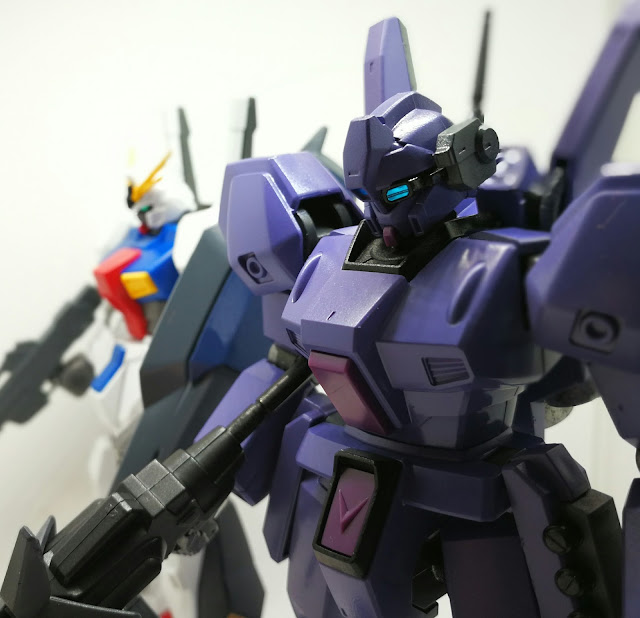 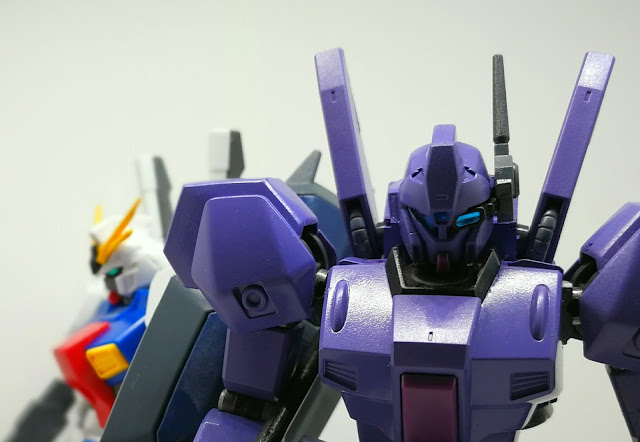 Posted by Gunplanerd at 4:34 PM