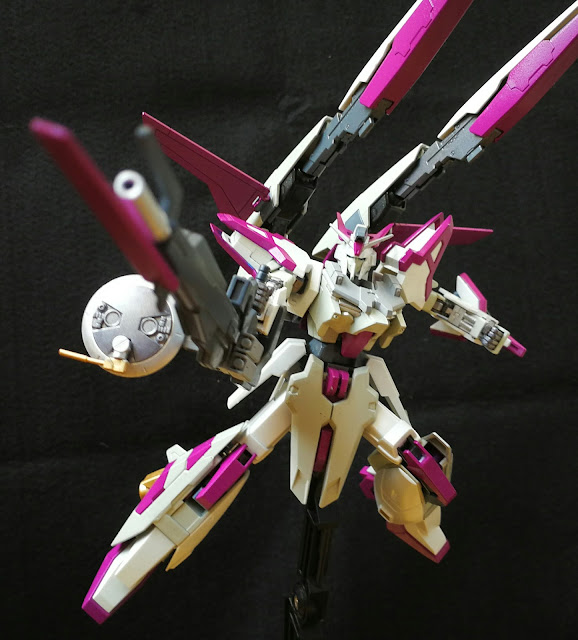 The Unit 03 colour scheme is very fitting for the A-Z Gundam!


The Armoured Zeta Gundam Unit 03 is essentially a beefed-up and buffed-up Zeta Gundam intended to blitz deep behind enemy lines, deal considerable damage and return to base before a counter-response can be mounted by the opposition. Layered with additional reactive armour over the already formidable Gundamium armour plating, the Armoured Zeta is also fitted with many more thrusters and verniers that contributes towards its tremendous thrust.

Armed primarily with heavy beam weaponry that consists of a pair of detachable backpack mounted mega particle cannons and a hyper mega launcher with an AI-assisted targeting system, the Armoured Zeta Gundam Unit 03 was able to lay down a devastating field of beam fire that few model suits (and armour) could withstand. The range of its beam weapons allowed the Gundam to knock out targets from afar, with the targeting system mounted on the hyper mega launcher giving the unit targeting capabilities on par with advanced capital ships. The backpack-mounted mega particle cannons, formidable weapons that were able to devastate enemy positions, can be hand-wielded like heavy beam rifles in situations when there are a multitude of enemies. In certain conditions, the backpack-mounted mega particle cannons can also be combined into a buster rifle with a cone-like spread best suited for taking out clusters of enemy mobile suits and capital ships.

In gritty close quarters combat, a beam saber cannot be drawn in time to address a threat. Although the Armoured Zeta Gundam Unit 03 is equipped with a pair of regular beam sabers, the hyper mega launcher itself can generate a powerful beam blade from its barrel that can easily pierce fortifications and battleship armour. It is not strange to see the Armoured Zeta Gundam cutting through enemy battleship bridges with this hyper beam blade like a hot knife through butter. Additionally, the Armoured Zeta Gundam Unit 03's shield is equipped with a high-energy beam blade generator to strengthen the unit's close combat capabilities. The position of the beam emitter allows the pilot to cut down attackers after blocking their attacks with the shield.

With a veritable arsenal of both ranged and melee heavy beam weaponry, the Armoured Zeta Gundam Unit 03 soars into battle, blazing a trail to victory. 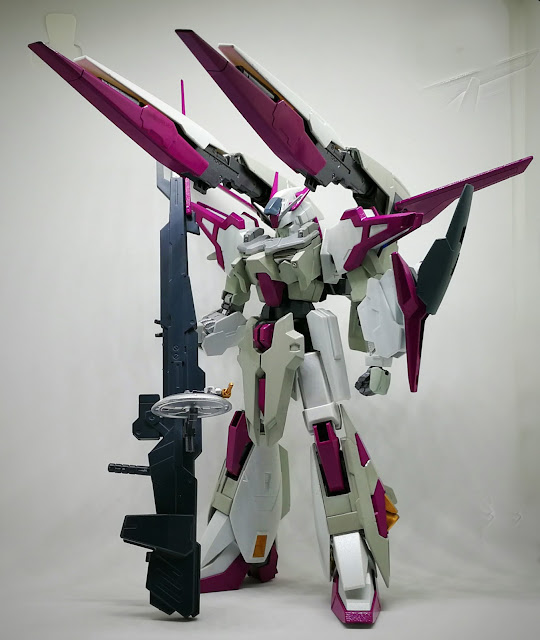 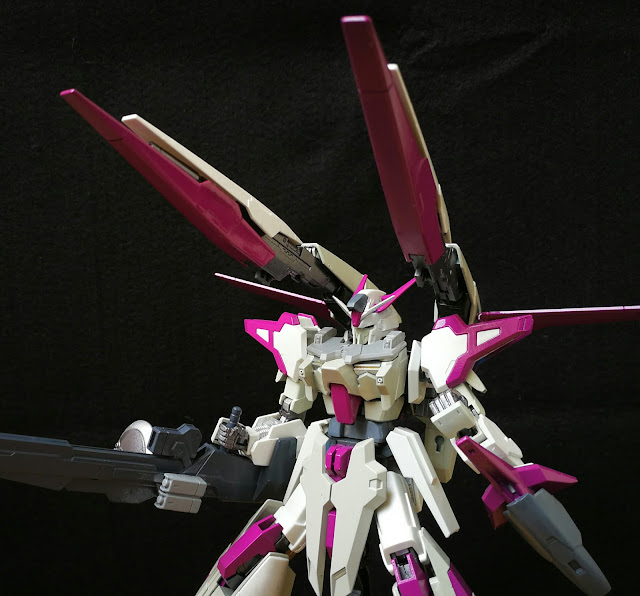 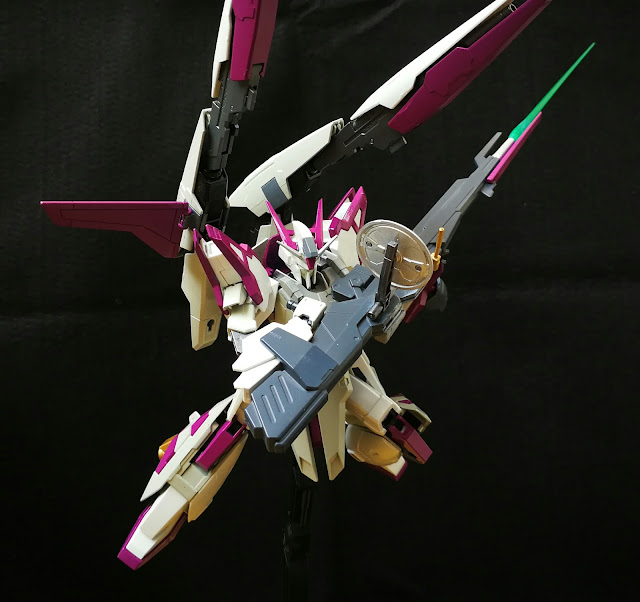 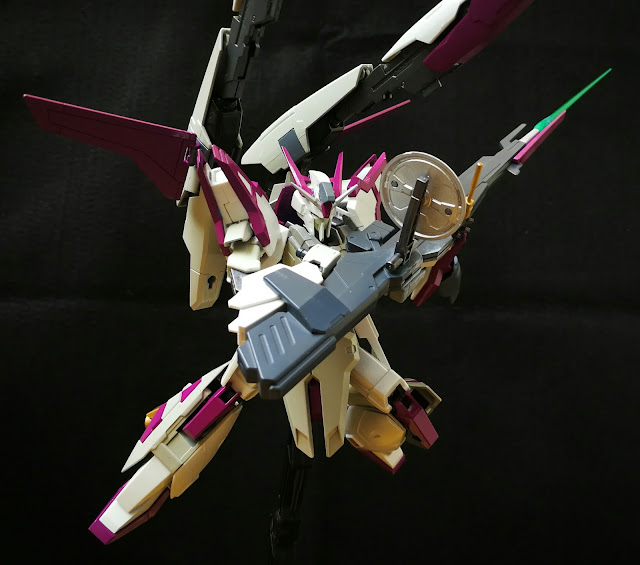 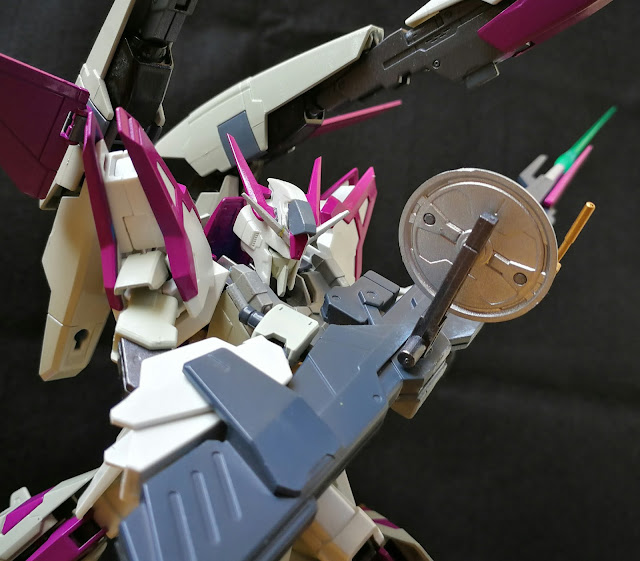 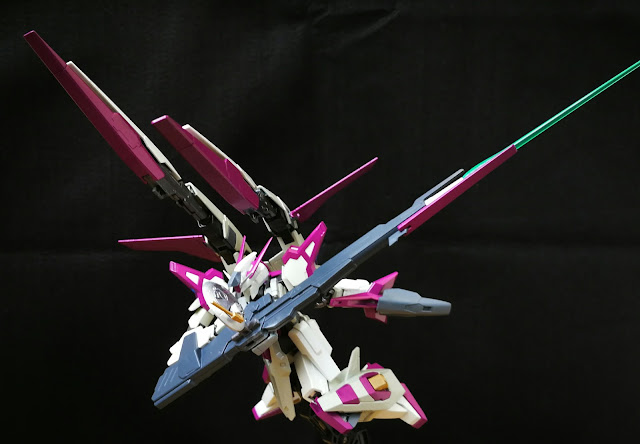 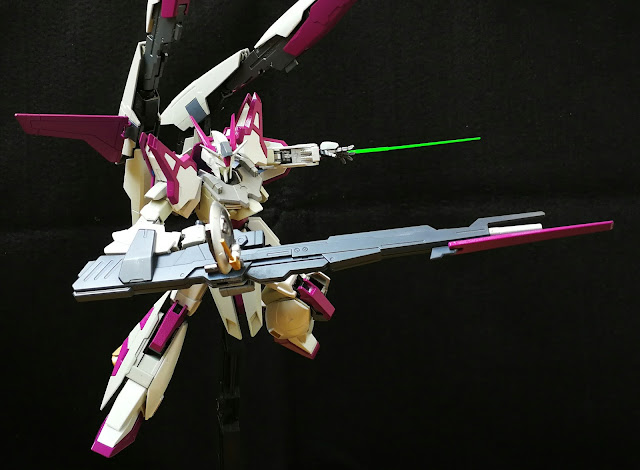 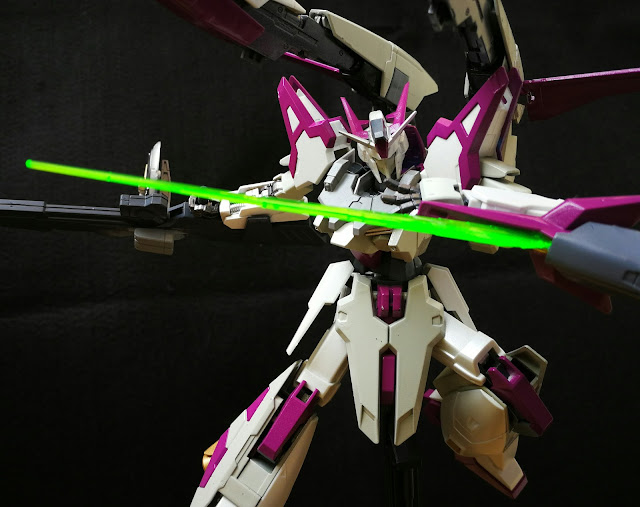 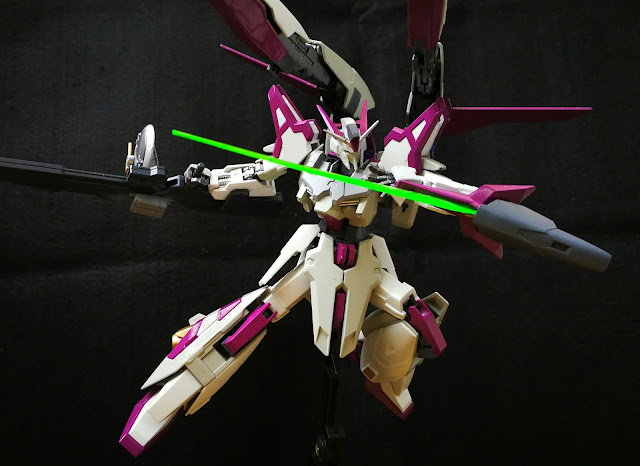 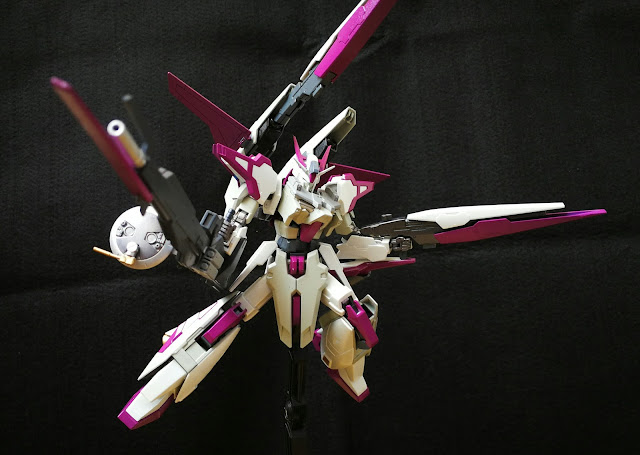 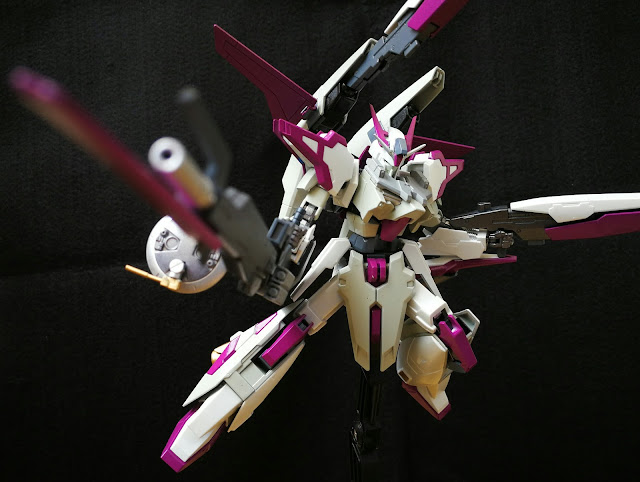 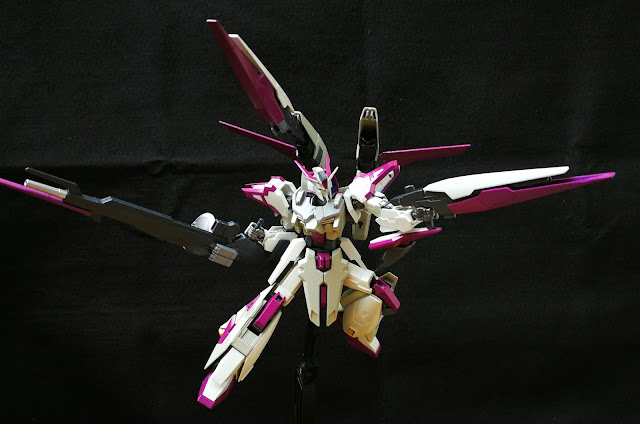 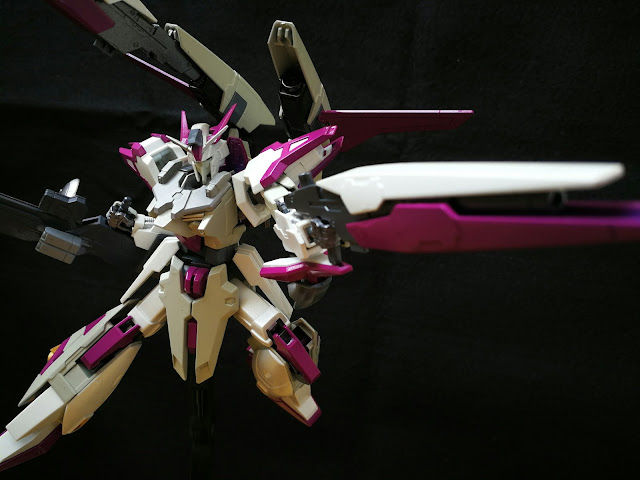 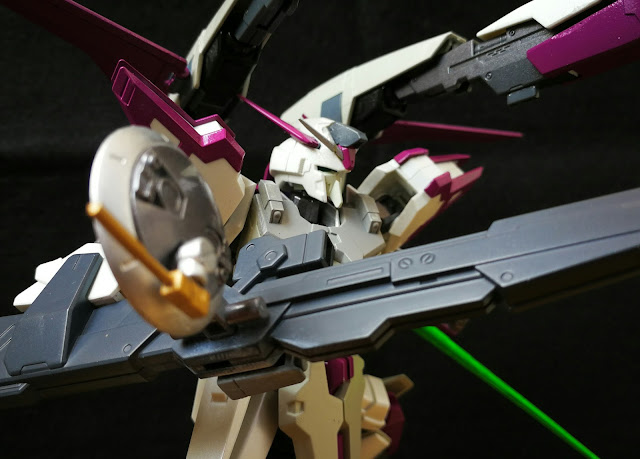 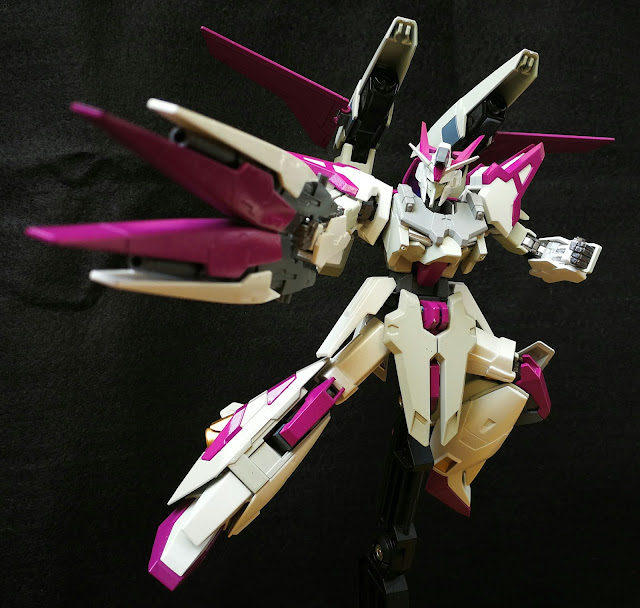 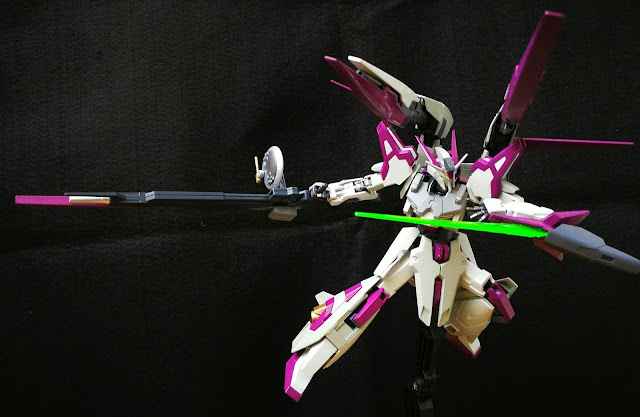 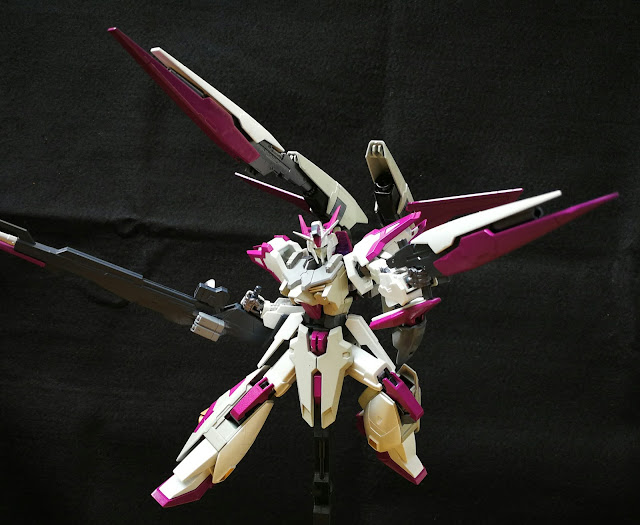