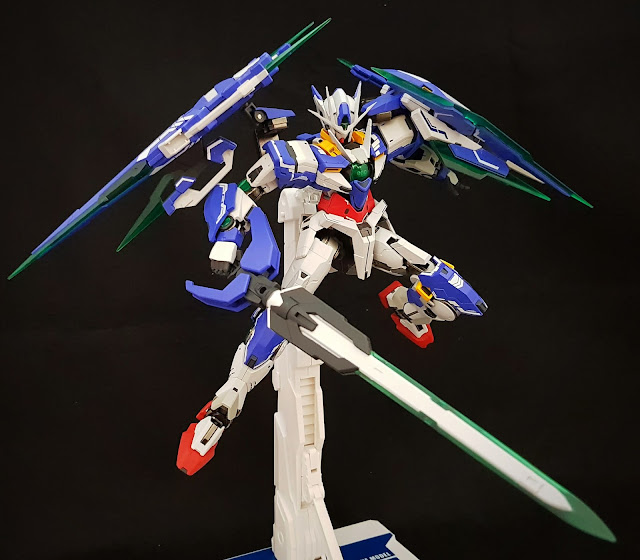 While cosmetically similar to the Bandai version of the Metal Build 1/100 00Q Gundam 00 Qan[T], this third party offering bears many distinct differences, notably in the bundled equipment!
This iteration of the 00Q is packed with detail, plastered with mechanical etchings to insignia as well as caution decals all over. The paint application on the figure is pretty good, with the nice matte coat able to withstand the usual scratches and bumps from handling the figure. The joints are also pretty stiff, in fact too stiff at some areas like the waist unit. The most striking feature of the 00Q has to be the weapons load-out mounted on its backpack via two heavy duty die-cast subarms: the GN Shield and GN Sword IV with all their GN Bits!

To circumvent potential copyright infringement issues, the manufacturers of the 00Q bundled the figure with this drone like unit. Out of its packaging, the various body parts of the 00Q were mixed up with the drone's, necessitating some simple assembly to get the 00Q up in its full glory. The drone is able to use all of the 00Q's weapons and has its own one-armed backpack to mount either the GN Shield or the GN Sword IV.

As a Metal Build style pre-finished figure, the 00Q is stable and solid enough to pull off any dynamic pose, with or without the included stand. Care would have to be taken for the clear green parts as they can be very, very sharp. The hand parts are able to hold the 00Q's weapons adequately, although the GN Sword IV's tiny sword handle, unbalanced weight and huge size poses some considerable challenge.

As compared to the Bandai Metal Build 1/100 Gundam 00 Qan[T], this version of the popular mobile suit is beefier, more detailed and contains more accessories and weapons. However, the Bandai version presents a cleaner, classic look to the 00 Qan[T]! Cost-wise, the third party version costs less than a third the price of the Bandai version which doesn't include the GN Sword IV. 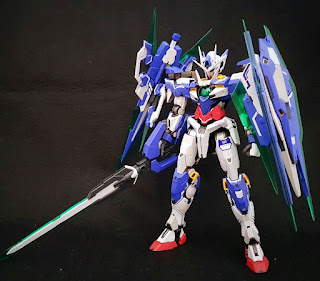 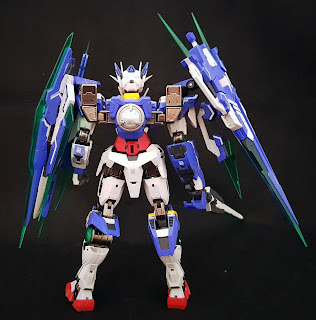 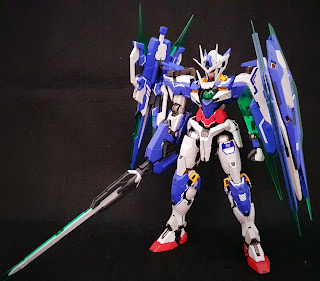 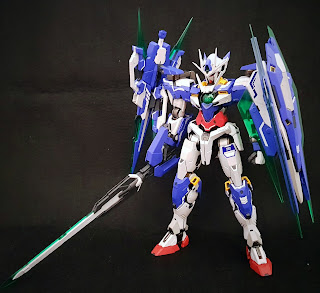 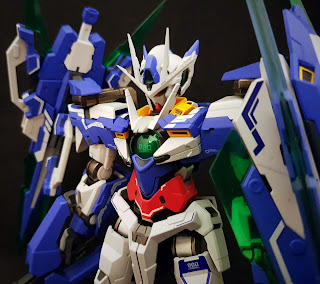 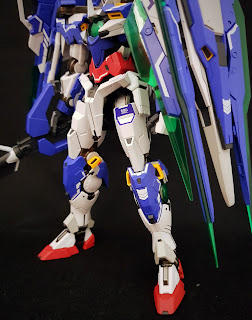 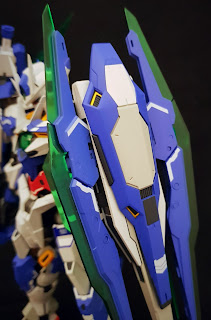 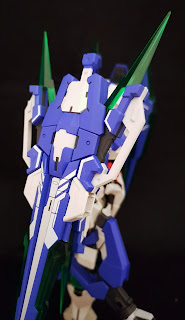 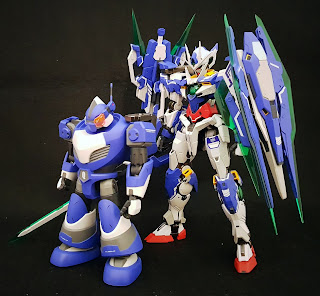 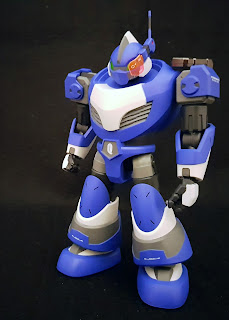 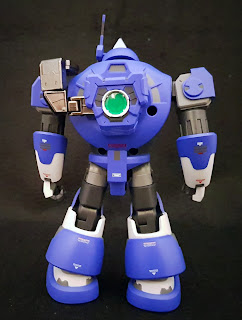 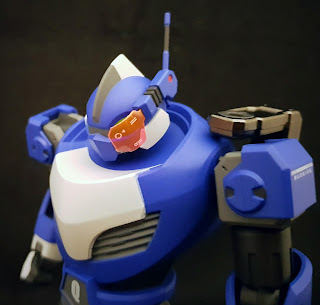 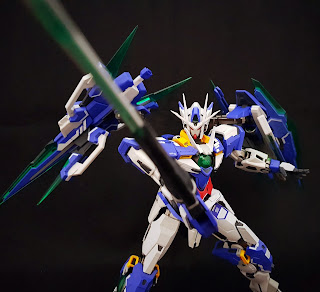 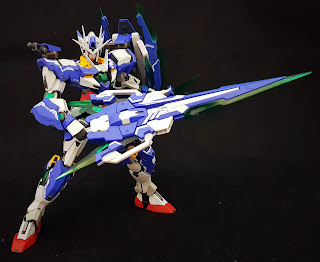 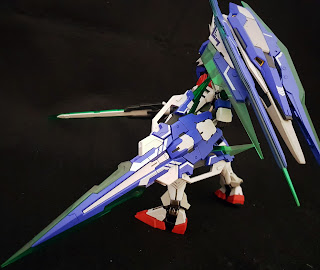 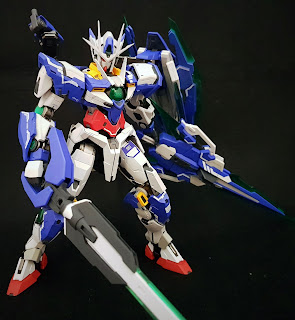 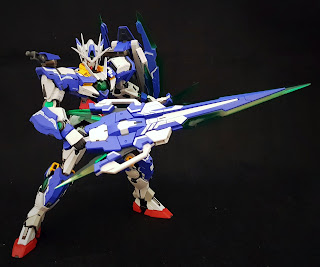 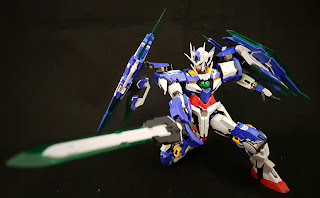 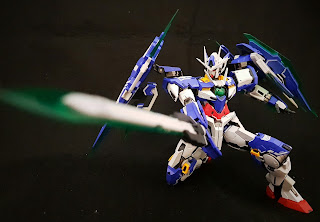 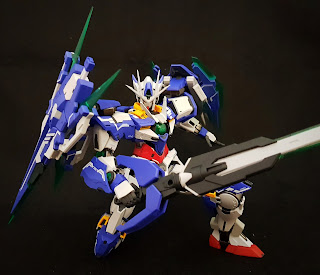 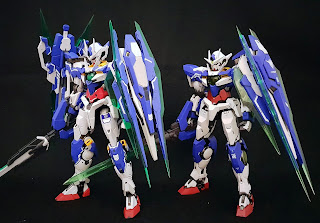 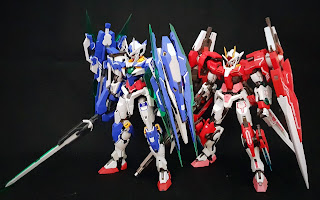 Posted by Gunplanerd at 8:26 PM