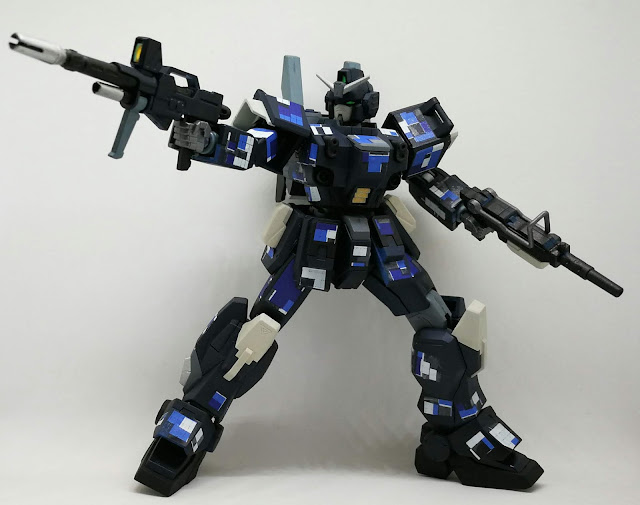 Send in the Marines!
While the Blue Destiny project was an irrevocable failure on all fronts, the programme did result in a better performance variant of the extremely versatile RX-79 Gundam Ground Type frame. Commissioned by the E.F. Navy as a replacement for all fighter craft stationed on seafaring naval aircraft carrier platforms, the RX-79[NM] was progressively rolled out on the frontlines for testing and eventual adoption.

The azure blue digital camouflage pattern distinguished the Marines from other combat units, while also giving the RX-79[NM] some degree of concealment in oceanic environments, somewhat.

Deployed from E.F. Navy carriers primarily for coastal assault and ship-to-ship combat, the RX-79[NM] was an amphibious mobile suit that carried a number of fixed weaponry along with equipped weapons. While omitting the 60mm head vulcans found on most contemporary mobile suits in favour of an advanced sensor package, the RX-79[NM] mounted a pair of 90mm machine cannons on the torso along with a pair of wire-guided rockets that was particularly effective against the hulls of surface vessels. The Marines also preferred to go into battle with two weapons: one beam, one solid to address any tactical situation that may arise.

The RX-79[NM] sported an improved miniaturised Minovsky reactor that allowed it to fire more shots from the P.B.R-0079/A12 S-000011 Beam Rifle, which was also equipped with a 40mm underslung grenade launcher with one round pre-loaded into the chamber prior to any deployment. The beam rifle's sensor optic interfaced seamlessly with the mobile suit's sensor package to provide firing solutions well within a one-meter margin of error at a range of 1.5 kilometers. A single shot from the beam weapon was able to gut any contemporary mobile suit or conventional fighter craft, which was useful for ship-to-ship combat. A single RX-79[NM] was able to single-handedly knock out an entire air wing after landing on the enemy flight deck, and in some cases, sinking the enemy vessel outright by knocking out the bridge or ammo dump.

For targets that do not require heavy damage from the beam rifle, the Marines utilised the NF*GMG-Type.37/100mm Machine Gun, the standard-issue weapon for the Federation's mobile suit ground forces. While nowhere as powerful as the beam rifle, the Type 37 allowed the Marines to conserve beam rifle charge while doing damage to thinly armoured targets. The 100mm rounds were more than sufficient to damage sensitive areas such as sensor optics and mobile suit joints and in the right hands, could disable enemy units.

The RX-79[NM] was a formidable addition to the E.F. Navy, giving them a means to mount successful strikes against Zeonic coastal positions and keep shipping lanes free. While submarines and amphibious mobile suits required a different approach, the RX-79[NM] provided the Navy with a tried-and-tested weapons platform that has been thoroughly put through its paces during the One Year War. 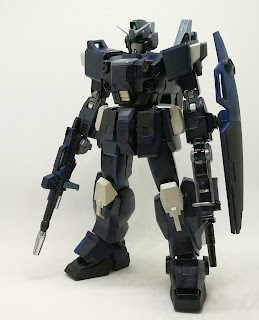 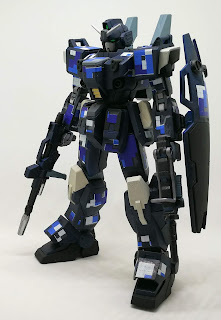 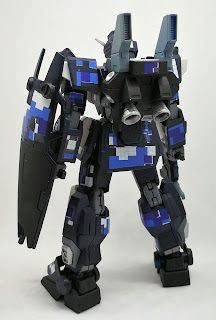 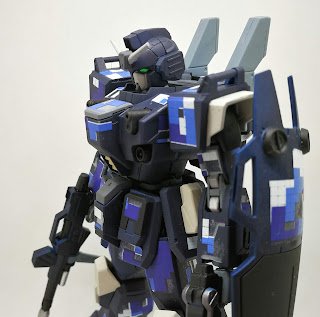 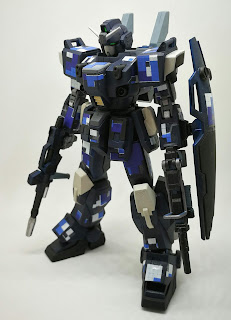 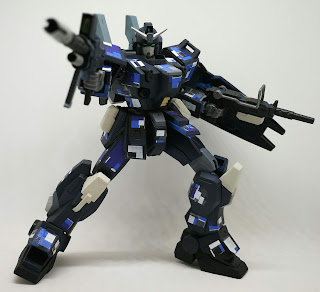 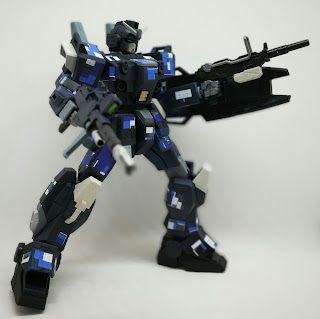 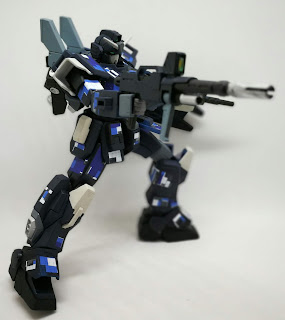 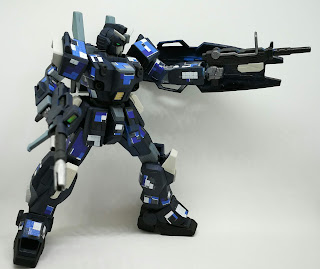 Posted by Gunplanerd at 1:41 AM