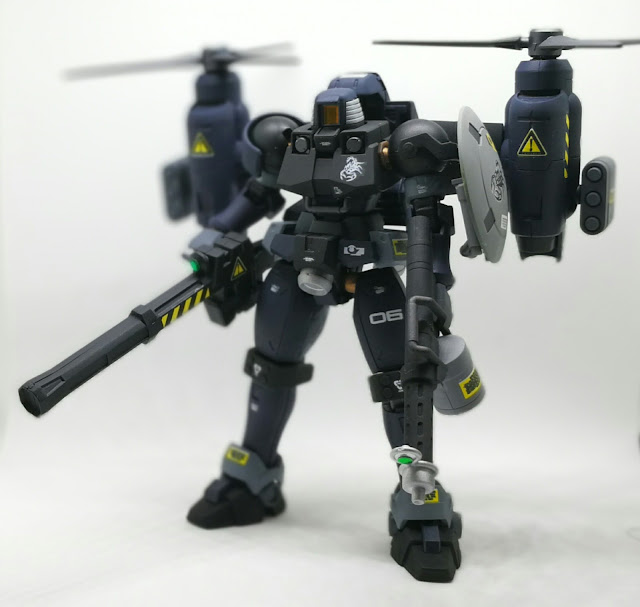 A tilt-rotor unit fits amazingly well with the Leo!
The "Nighthawk" Nocturnal Combat Insertion Package is the equipment of choice for tactical operations held under the cover of darkness. While seemingly a step back from modern propulsion technology, a tilt-rotor system bestows a number of significant advantages, mostly related to stealth and deception.

With modern military sensors tuned to detect particles from beam weaponry and thruster exhaust, the Nighthawk was able to transport attached Nightstalker Leos deep into enemy territory before being detected. The energy signature and carbon footprint of the Rotor system were also many magnitudes smaller than a mobile suit thruster, further reducing its detectable radius.

The tilt-rotor system also consumed far less power than a standard thruster bank and uses zero propellant. The Leo's miniaturised fusion reactor could, theoretically, power the rotary system indefinitely without affecting power supply to other systems. The only drawback was the back draft and noise generated by the twin rotary engines, although these have been muffled as much as possible to minimise the drawbacks. The Nighthawk system was lightly armed to reduce unneeded weight, mounting only a pair of three-tube missile launchers on lateral hardpoints on each rotor assembly and these could be fitted with a variety of ordnance including anti-armour and bunker-buster missiles. The launchers could be jettisoned when spent to reduce deadweight.

Nighthawk packages came prefabricated and pre-programmed, bolting onto standard Leos and automatically updating their control systems with the newfound rotary functions. In theory, a combination of rotors and standard thrusters gave Leos more dexterity and mobility, but it was difficult to control without intensive practice. A common use for the tilt-rotor system was to hover in place, providing overwatch for friendly forces or defending a point of contention in hostile war zones. The Nighthawk's engines were powerful enough to compensate for the kickback from the firing of the fearsome experimental beam cannon favoured by the Nightstalkers.

Nightstalker Leos equipped with Nighthawks quickly gained fame in both the OZ forces and its enemies for their vital ability to move in and out of hostile combat zones without being detected. It was not uncommon for Nighthawk-equipped Leos to fly into enemy territory and knock out sensor equipment before being spotted, paving the way for the rest of the invasion force. 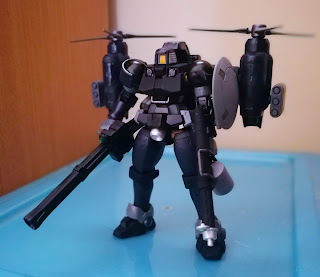 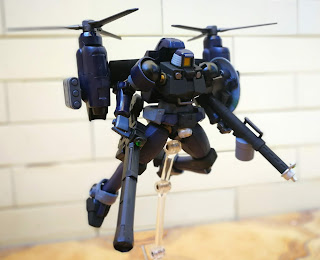 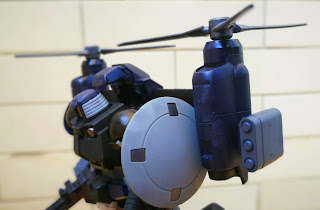 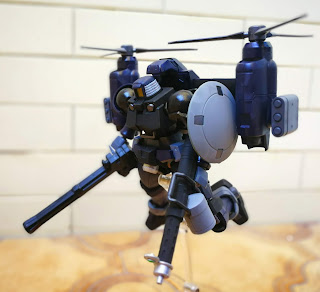 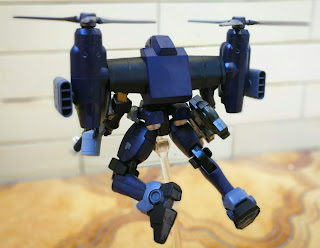 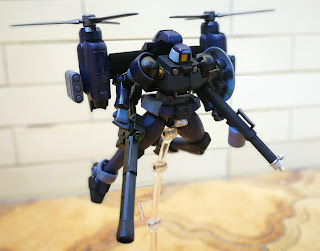 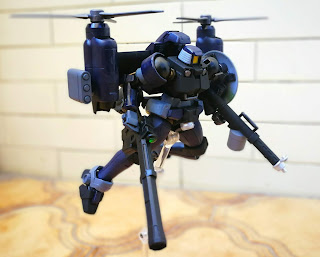 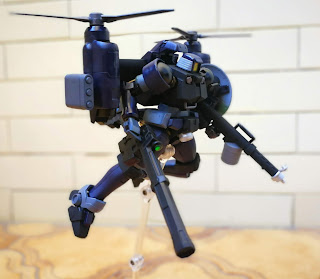 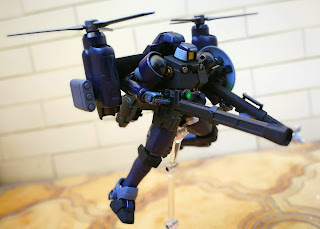 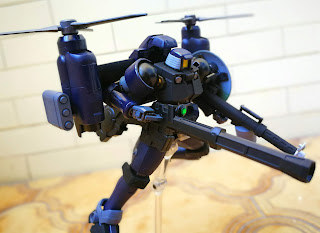 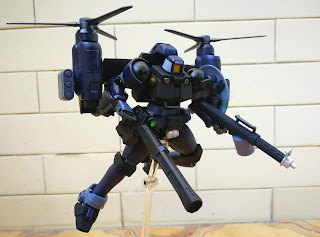 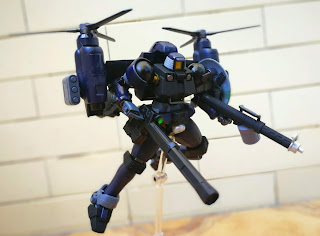 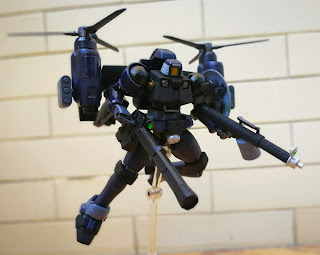 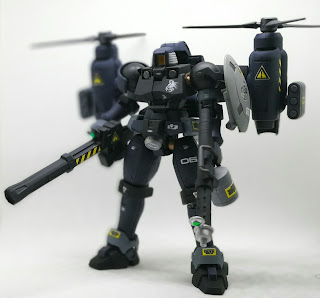 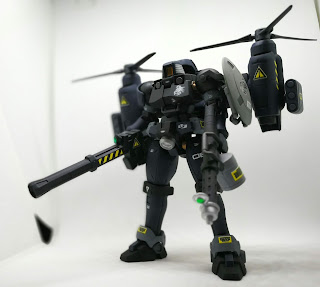 Posted by Gunplanerd at 7:45 PM