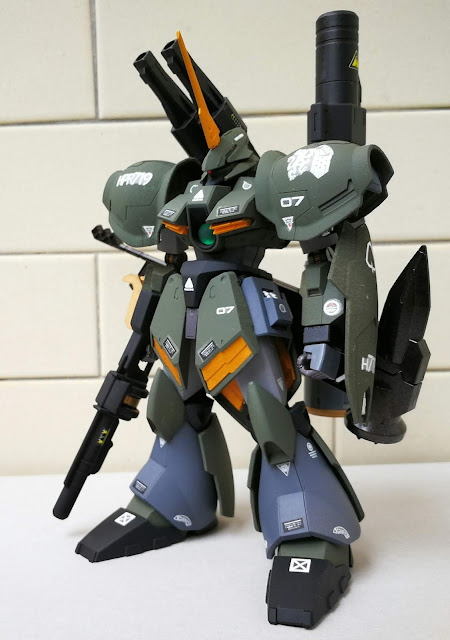 The Galbady Rebake may be based on the Galbady Beta but it also looks and feel very much like a mobile suit from the universe of the Iron Blooded Orphans!


The EB-1051 Gjallarhorn Golem is a limited mass production heavy armour unit intended for siege warfare and military enforcement. Gjallarhorn's version of a battering ram, the Golem was usually deployed against enemy fortified positions such as fortresses and encampments. While it looks bulky and unwieldy due to the thick armor plating layered all over the mobile suit, the Golem was still able to move as though it had a body of iron with blood-filled veins. Golem pilots used this to their advantage by dextrously moving against opponents, surprising them with bursts of speed.

To fill its siege warfare role, the Golem is equipped with a huge 160mm caliber heavy howitzer designed for long range bombardment. Almost as tall as the mobile suit itself, the howitzer fired high explosive or anti-armour shells depending on the target, and could also lob specialised mines behind enemy lines. Supplementing the howitzer was a pair of kinetic cannons, designed to automatically suppress mid-range enemy forces with minimal human input.

The Golem is typically deployed into battle with a 60mm grenade launcher, used to tackle short range enemies. A shield-mounted 100mm smoothbore cannon provided close-range defense. For melee and ultra close range combat, the Golem deployed a gigantic hammer to smash any and all opposition. 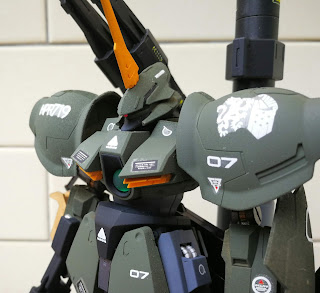 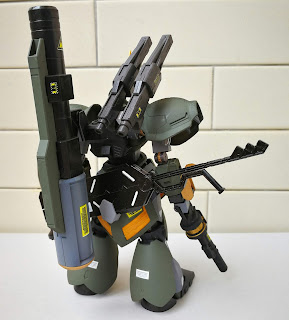 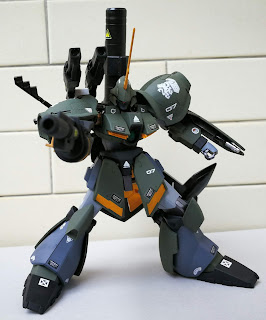 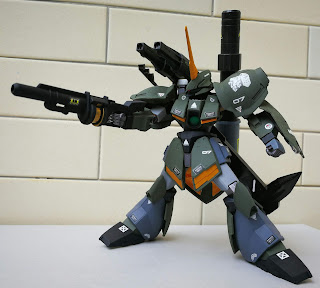 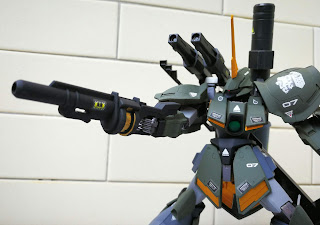 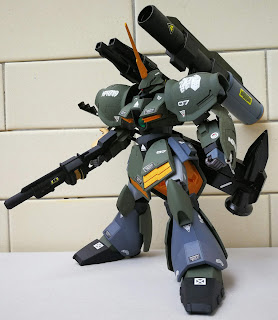 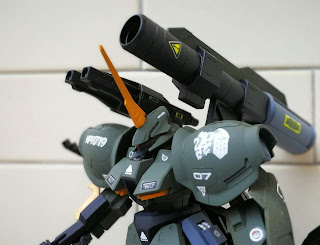 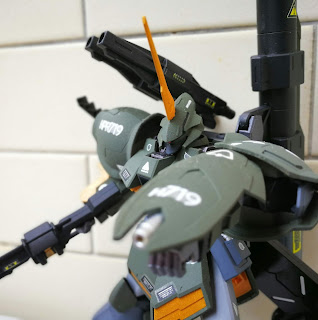 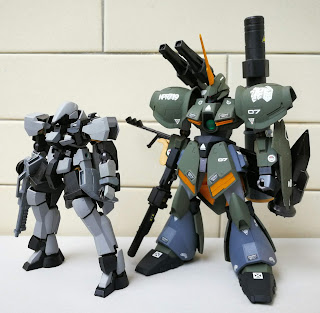 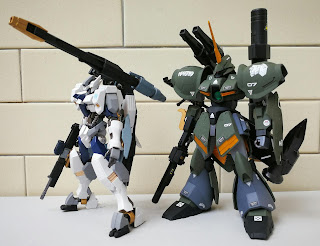 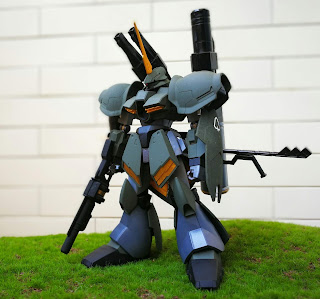 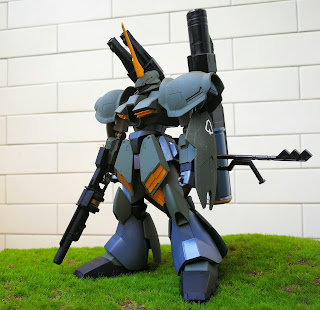 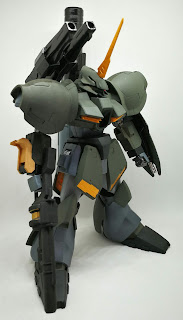 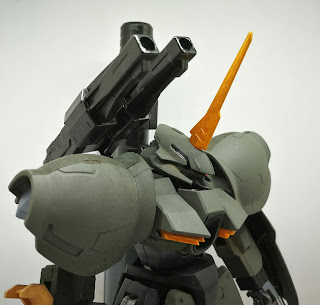 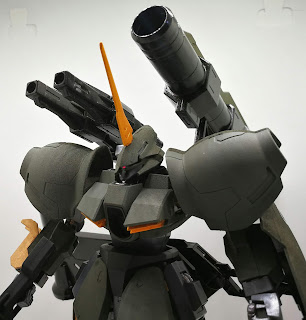 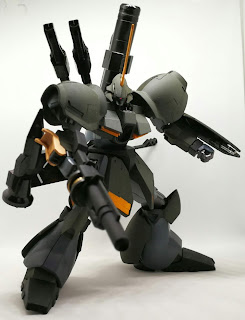 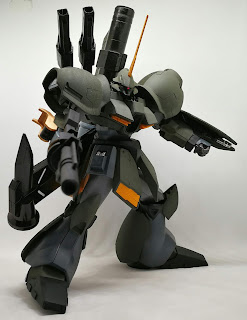 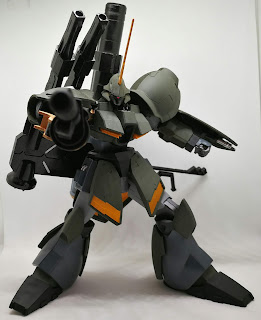 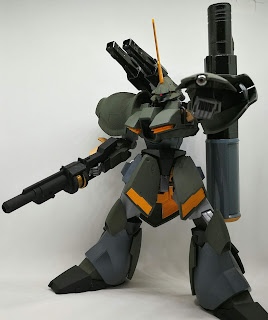 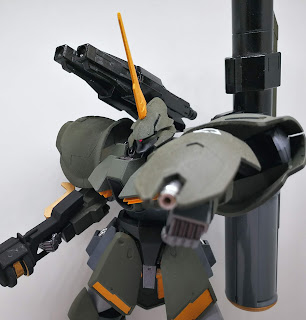 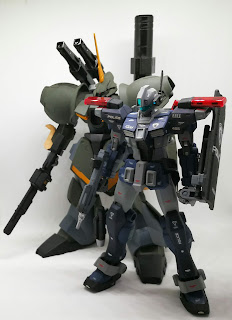 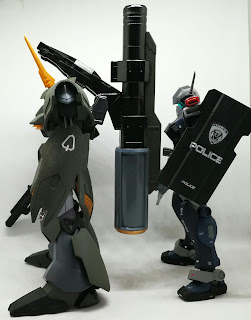 Posted by Gunplanerd at 5:53 PM