An extremely cost-effective alternative to the real deal that ultimately still lacks the premium feel of the original.

The MJH 1/100 Caletvwlch model kit is a near exact replica of the Bandai Metal Build original but is almost 5 times more cost efficient, which means you can army-build these and create those insane Alternative Strike variants of the Strike Gundam and Astray!The parts all come pre-detailed with markings and decals, and most of the coloured exterior parts feature light undergating to conceal most of the weapon's glaring nub marks. Construction is ridiculously simple but some halves take considerable elbow grease to completely close up. The resultant Caletvwlch variable tool can be sturdier but all things considered (i.e. the fact that it is a cheap third-party kit), it holds up pretty well.

When placed side-by-side with the P-Bandai Metal Build Caletvwlch Option Set (which sets you back S$70 for one), both versions of the Caletvwlch look nearly identical, with cleaner and brighter paint application on the P-Bandai original being the most obvious difference. The MJH piece also has a slightly glossier sheen as compared to the P-Bandai's smooth matte finish.

The set also comes bundled with the Draig Strike Unit along with backpack adaptors to mount these bad boys for the Metal Build, Master Grade and Hi-Resolution Model Strike and Astray model kits! 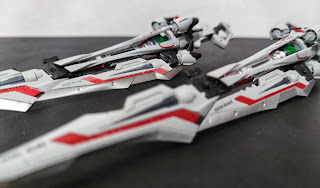 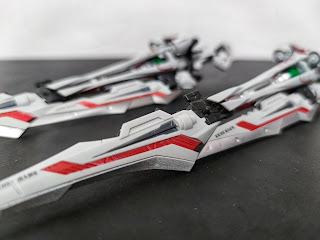 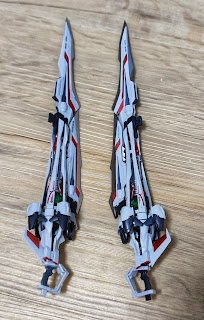 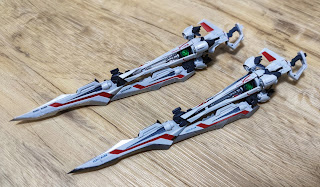 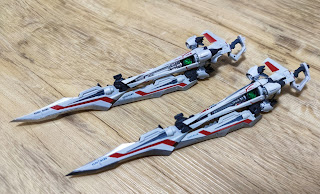 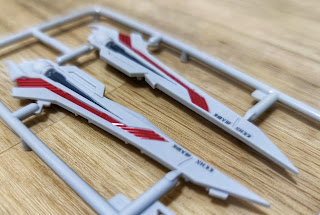 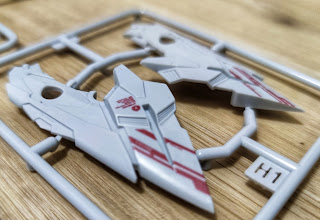 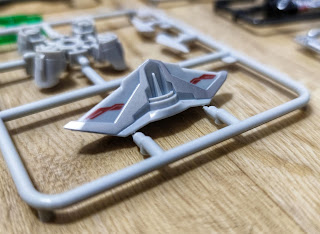 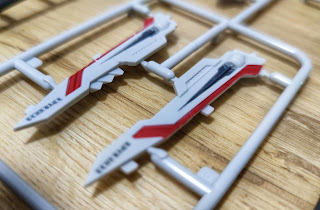 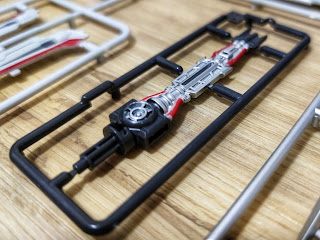 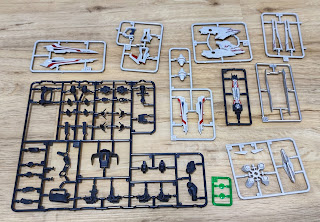 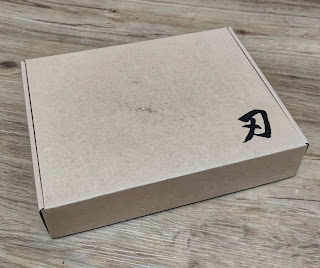 Posted by Gunplanerd at 5:25 PM