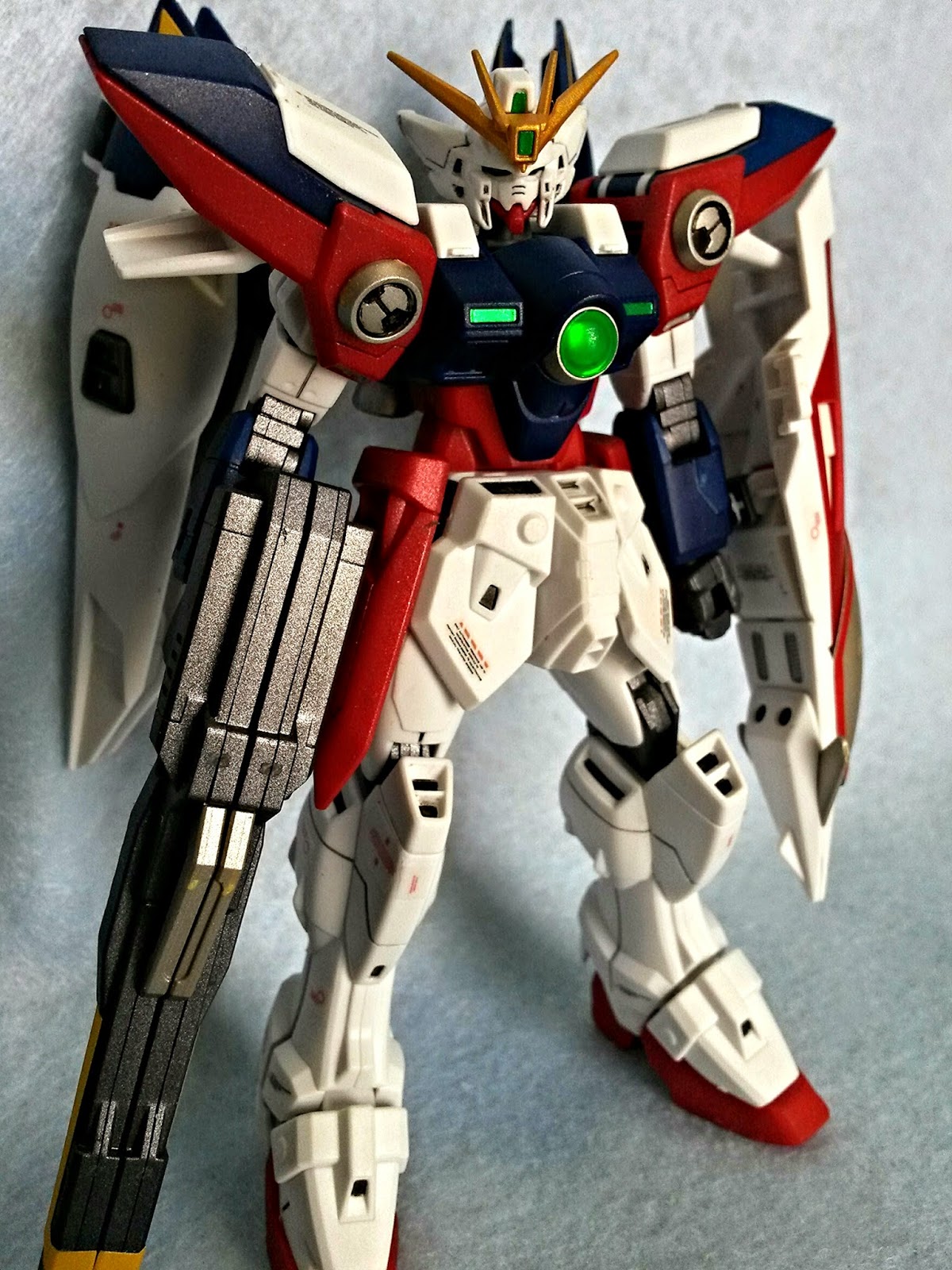 I'm not a great big fan of the Mobile Suit Gundam Wing series, although the anime formed the backbone of my childhood television sessions. Although the mobile suit designs were unique, well thought-out and decently-grounded, some of the action sequences veered into Super Robot territory. Come on, what mobile suit can spin into the air like a gymnast and still hit the ground in one piece?

That being said, the titular Wing Gundam has become one of the most popular Gundam designs ever, with innumerable modifications, variations and re-imaginations of its entire lineage. Therefore, when the HGAC version of the Wing Gundams appeared on the market, I hesitantly grabbed one to have a look, just to invoke that sense of nostalgia, if nothing else. 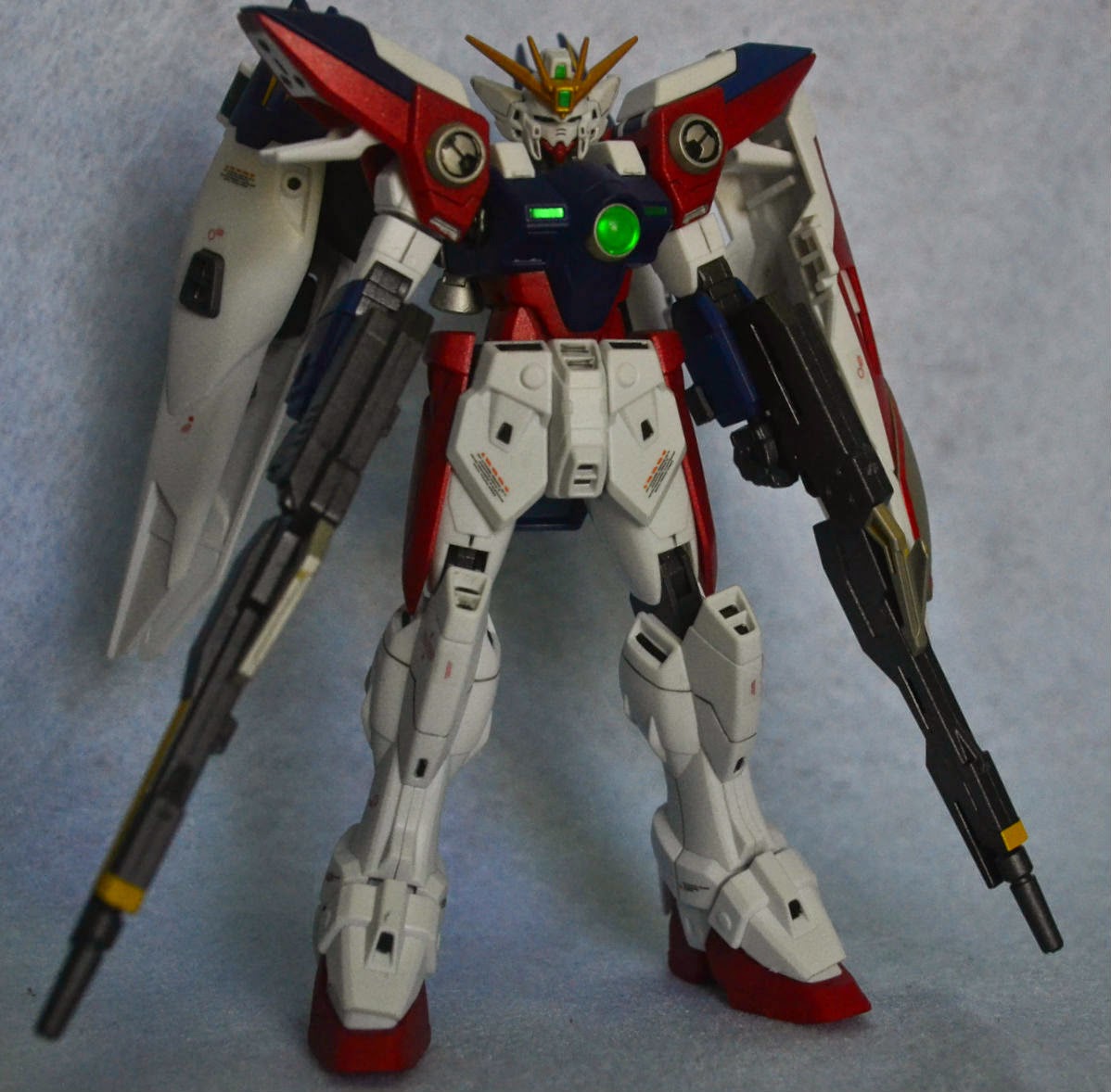 As the ancestor to the original five Gundams popularised through the anime series, the Wing Zero is one of only two units to possess the ZERO System, aka the deus ex machina of the Gundam Wing series. Designed for Perfect Victory, the Wing Zero could operate efficiently both on the ground and in space, and possessed the ability to transform into a high-speed flight mode named the Neo-Bird Mode. Despite the fact that it was a mobile suit that pre-dated the original five, its abilities surpassed that of all the Operation Meteor mobile suits. 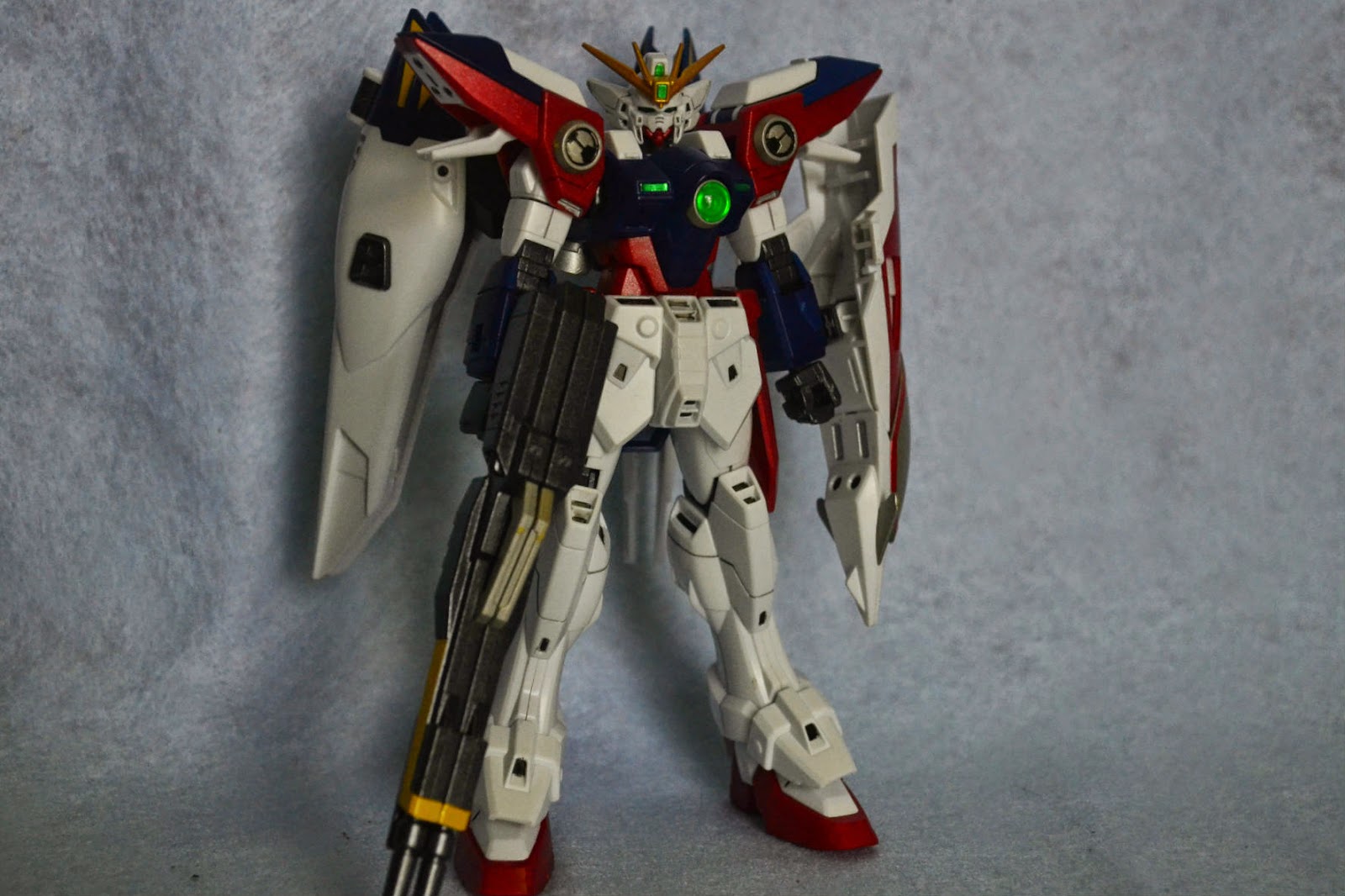 Most fans would remember the angel-winged Wing Zero Custom more than the original Wing Zero, due to the fact that the Custom had goddamned feathered wings. Because of this, the Wing Zero is sometimes referred to as the Wing Gundam Proto-Zero, to better reflect its heritage. 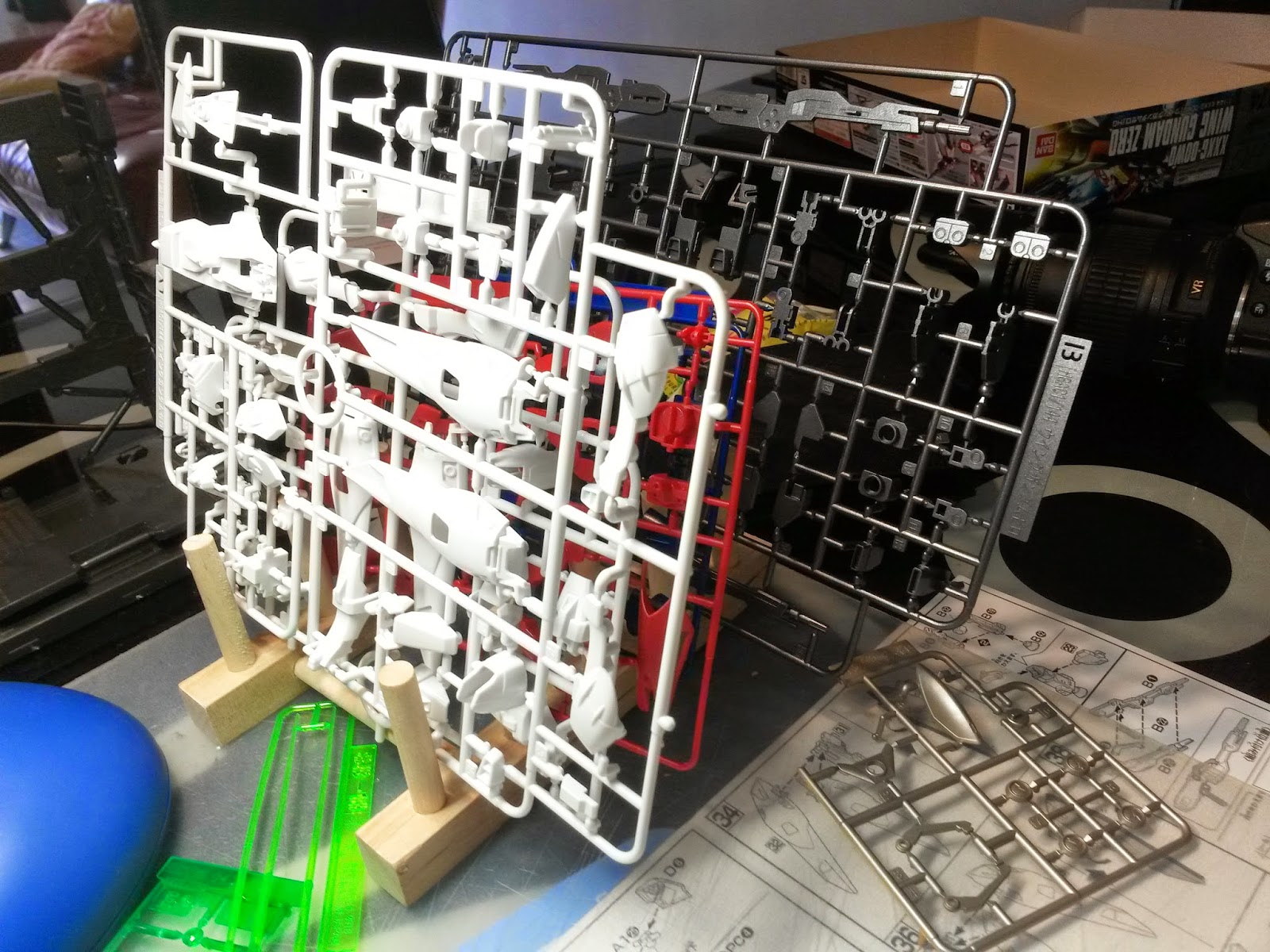 Wing Zero Gunpla kits exist on the market, but the older HG-scale kits are beginning to, well, show their age. Relatively simple to construct, these antiquated model kits aren't terribly detailed or articulated, but they gave modellers on a budget the means to construct their favourite units from the Gundam Wing universe. So when the All Gundam Project rolled around, the Wing Gundams received a new lease of life, being remolded with the emphasis on articulation and mechanical detailing that HGUC kits receive. 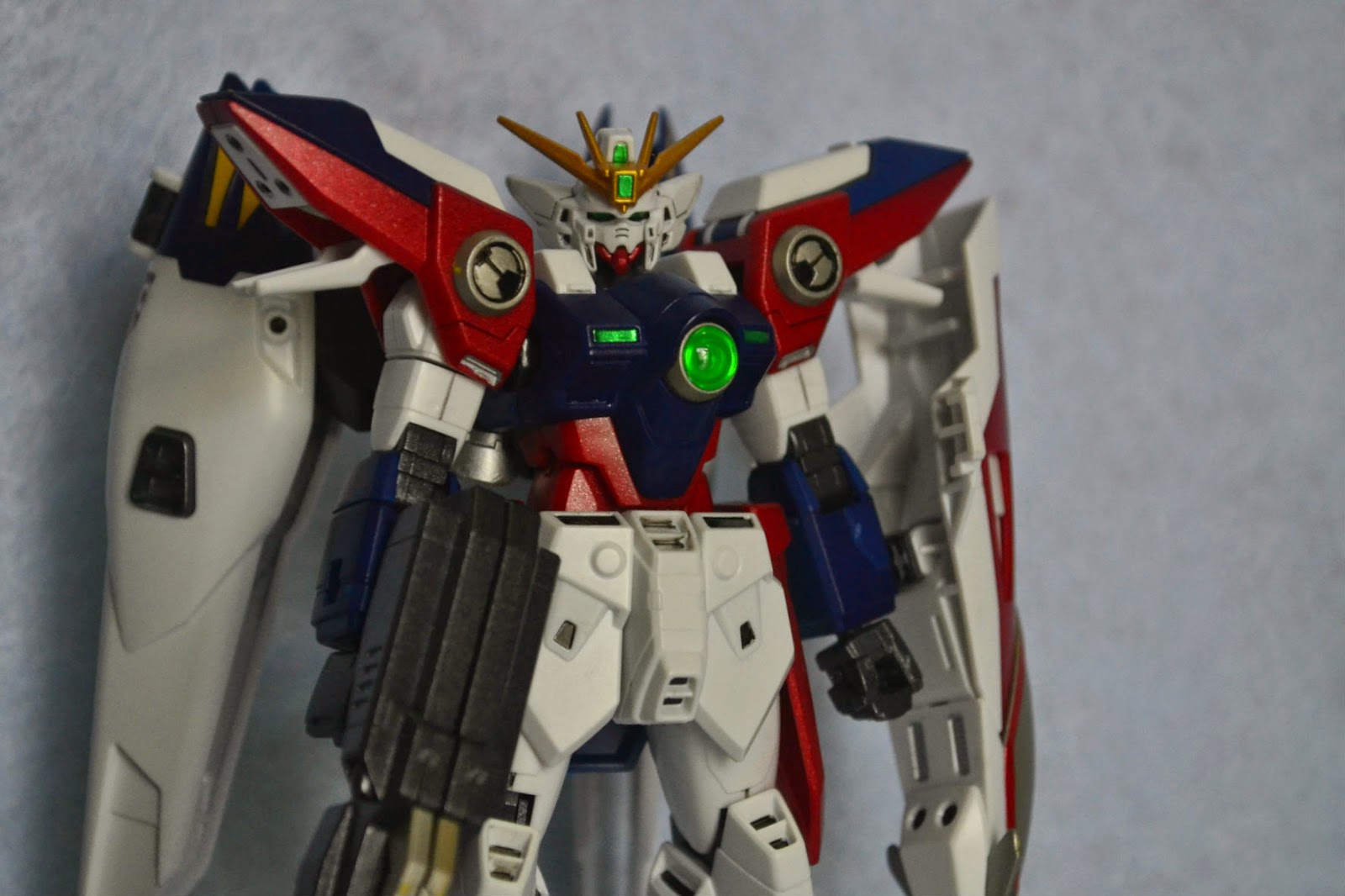 The box of the Wing Zero isn't terribly big, in fact, certain GM-type kits have taller boxes. That being said, the parts and colour separation of the kit is great, with all important/critical colours molded and stickers being kept to a minimum. 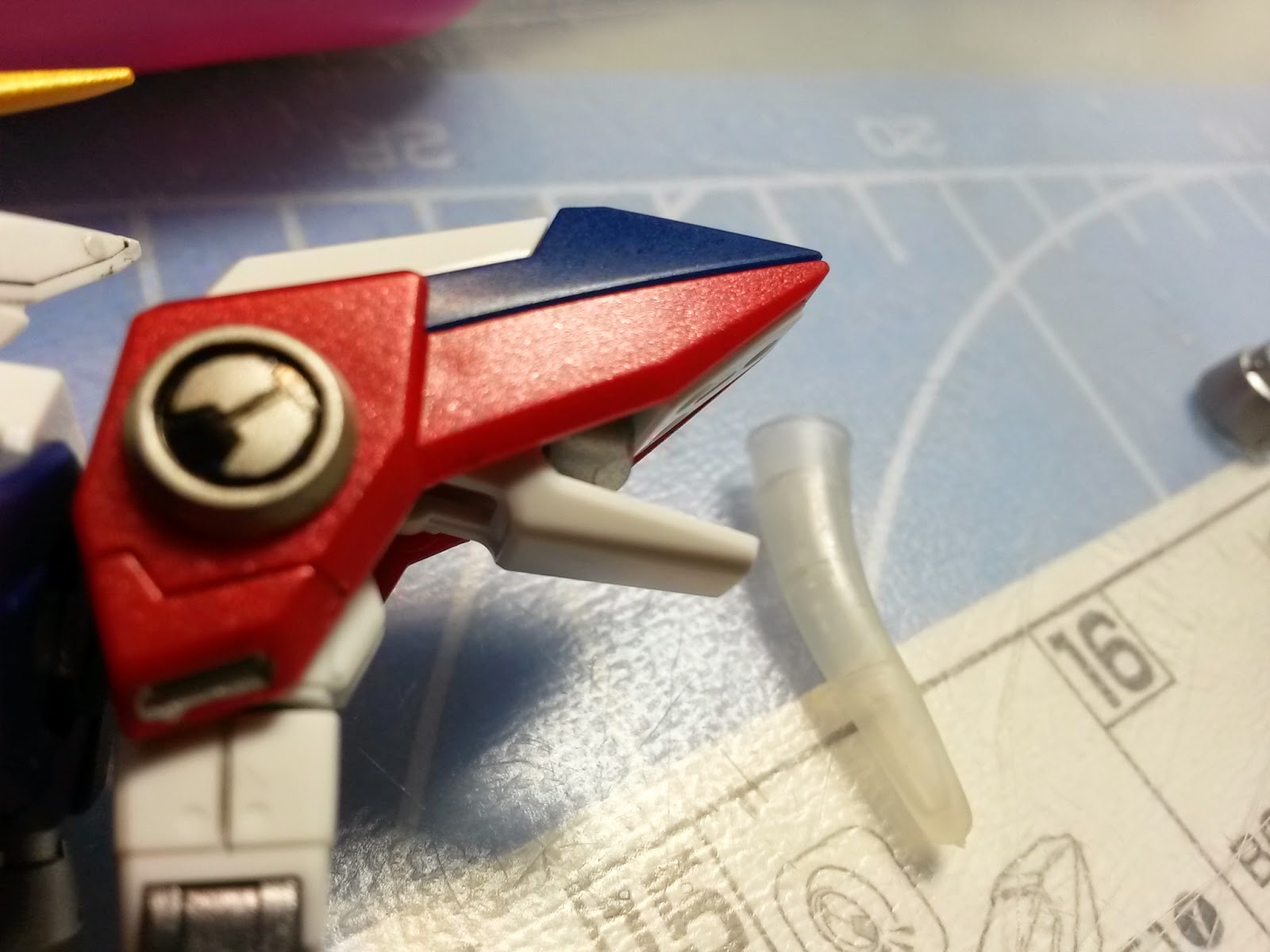 Deciding to do up my first HG Gundam Wing kit as a display piece for the cabinet, I applied the following re-colours to the kit:


Panel lines, silver accents and black details were also filled in as the kit construction progressed. 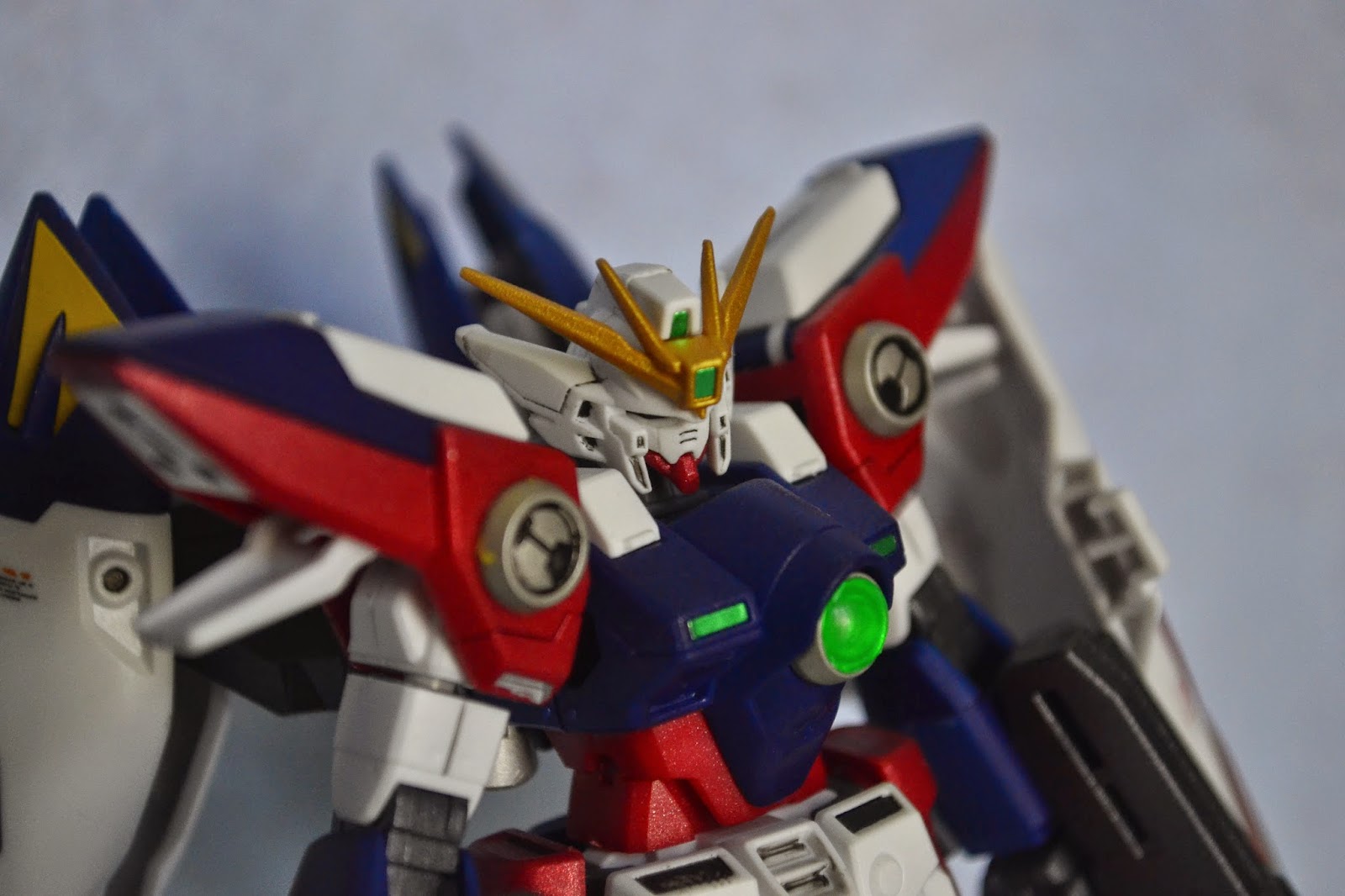 Detailing for the Wing Zero is surprisingly exquisite, with particular reference to the head. For such a tiny piece of plastic, it contains a labyrinth of panel lines and markings, although this also means that you have to draw in the panel lines for those added details to come alive. 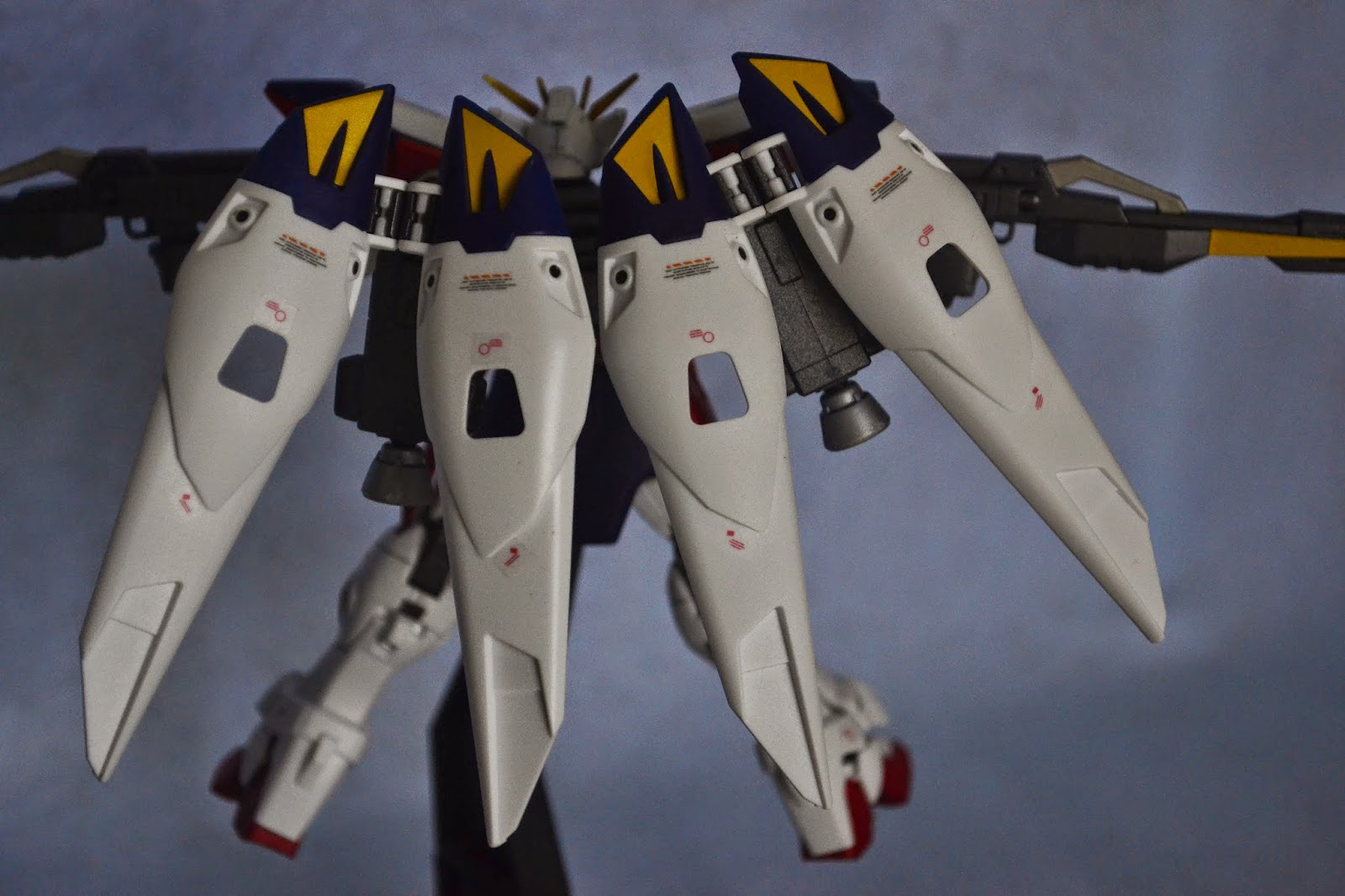 The four wing panels however, are rather plain in comparison, being just large pieces of plain white plastic. To circumvent this, I made use of some third party water decals. Yes, I'm not particularly fond of using water decals - in fact I hate it - but I had to in this situation since I'm running a little low on realistic decals. These third party waterslides are essentially retooled warning labels and signs, designed in a black and orange colour scheme. They take a while longer to activate that Bandai waterslides, and have a notorious tendency to curl up when lifted from the backing paper. However, once they are placed on and dried, the results are undeniable. Nonetheless, the process is still a pain in the ass. 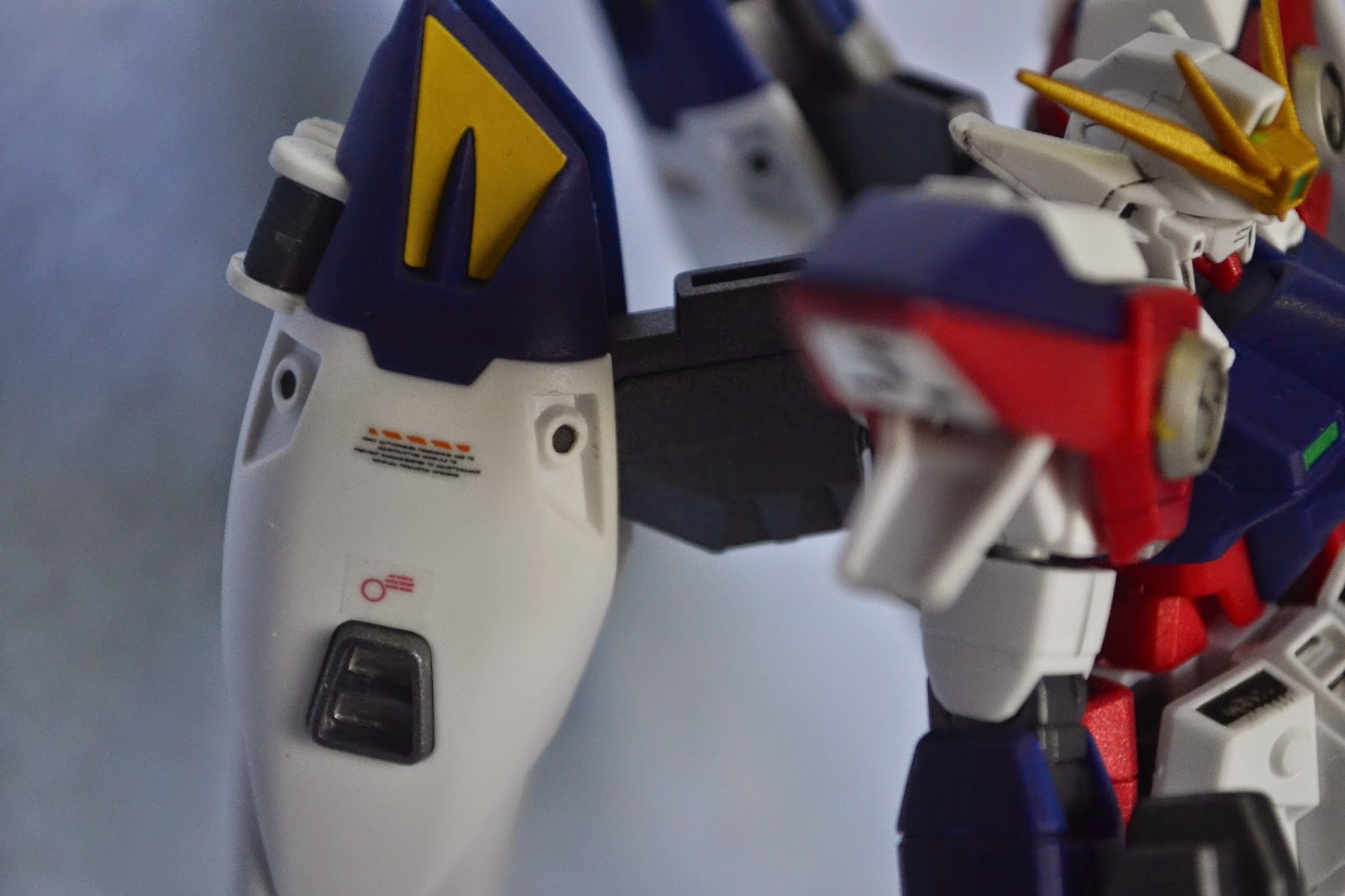 One major and critical gripe about the Wing Zero is its shoulder joints. They just refuse to sit properly into the sockets located by the sides of the torso, popping out whenever the arm is moved. It's really frustrating to get the arms into the pose required, and the falling arms don't make it any better. 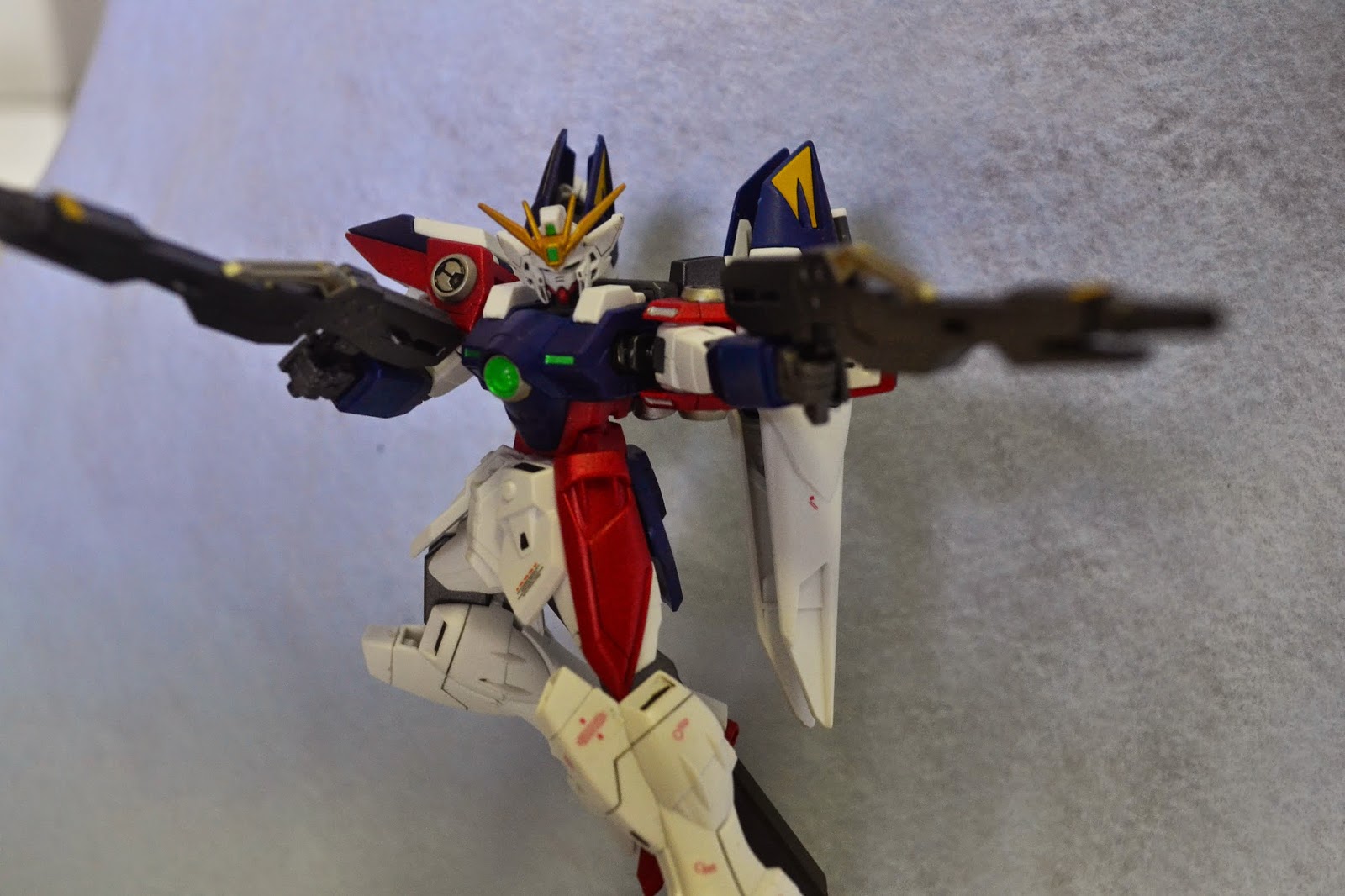 Apart from that, the kit is quite poseable, being able to execute and hold a variety of poses. Its wings also have a wide range of motion and are able to fold down into "pods". 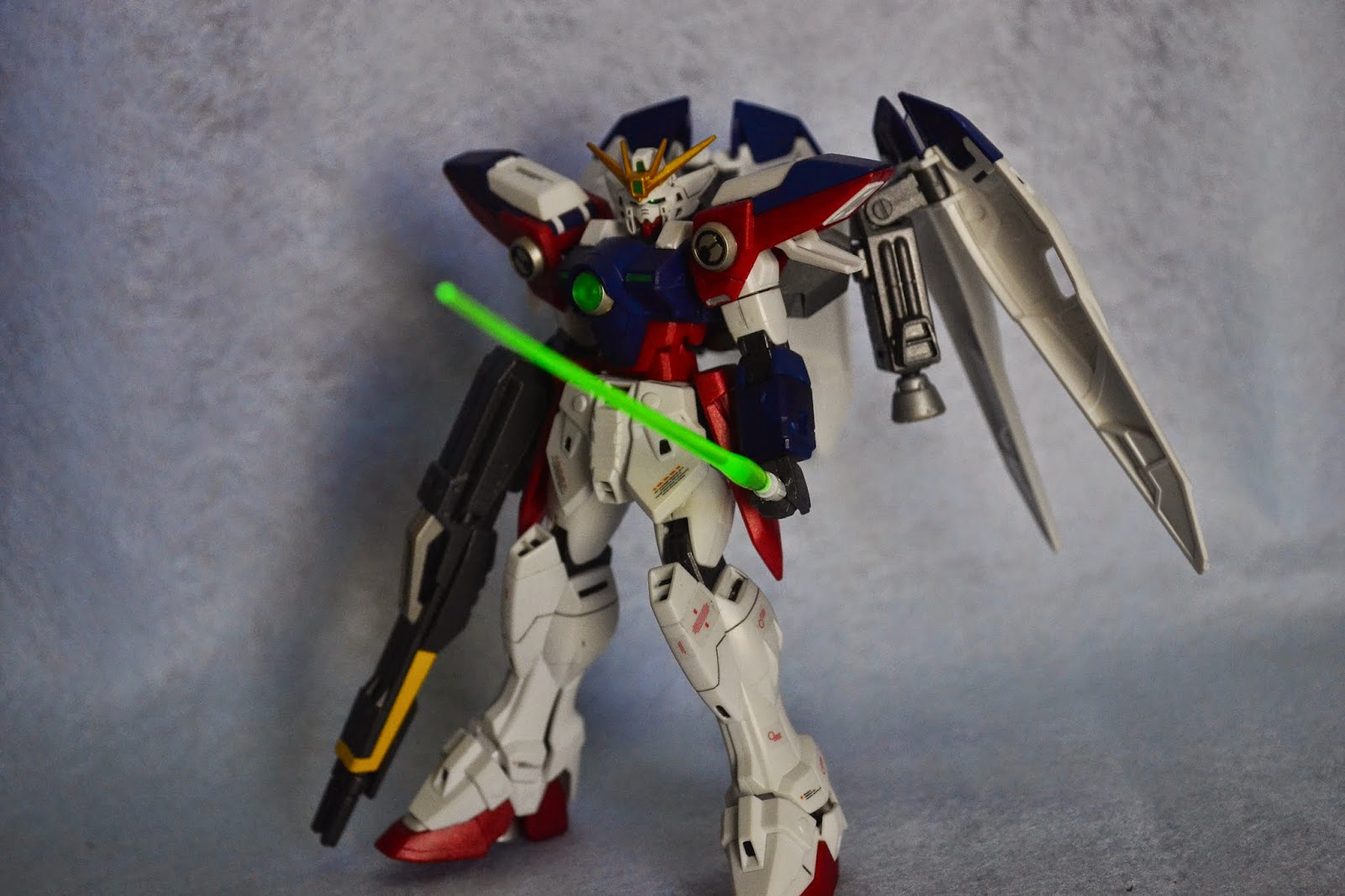 The Wing Zero comes with the bare essentials: the beak-shaped piledriver shield, the signature twin buster rifles and two beam sabers with clear green blades. It also comes with a pair of folded-down feet, to be used when it transforms into Neo-Bird Mode. Although I haven't got the chance to transform the Wing Zero, it seems to be a more seamless and simplifed transformation gimmick, as suggested by the directions. As compared to say, the HGUC ReZEL which accomplishes its transformation via a whole bunch of part-swapping including the main body, the Wing Zero only has to replace its feet with the aforementioned folded ones to complete its transformation. 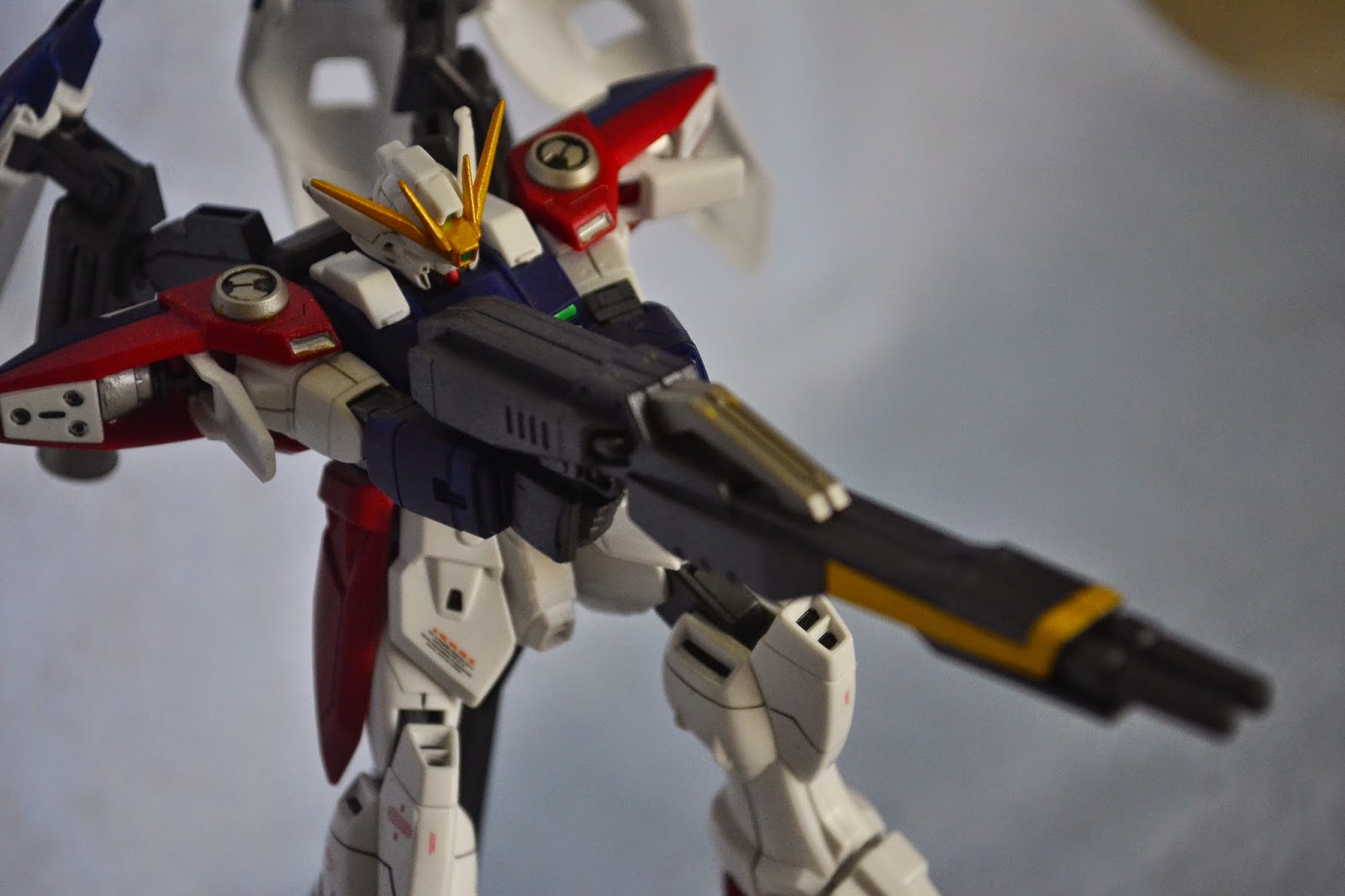 The twin beam rifles combine together to form a thick one, which is a little awkward to wield as it is supposed to be held with only one trigger on one had. The shield also attaches to the forearm rather precariously, with no connection between the shield mount and the forearm whatsoever. 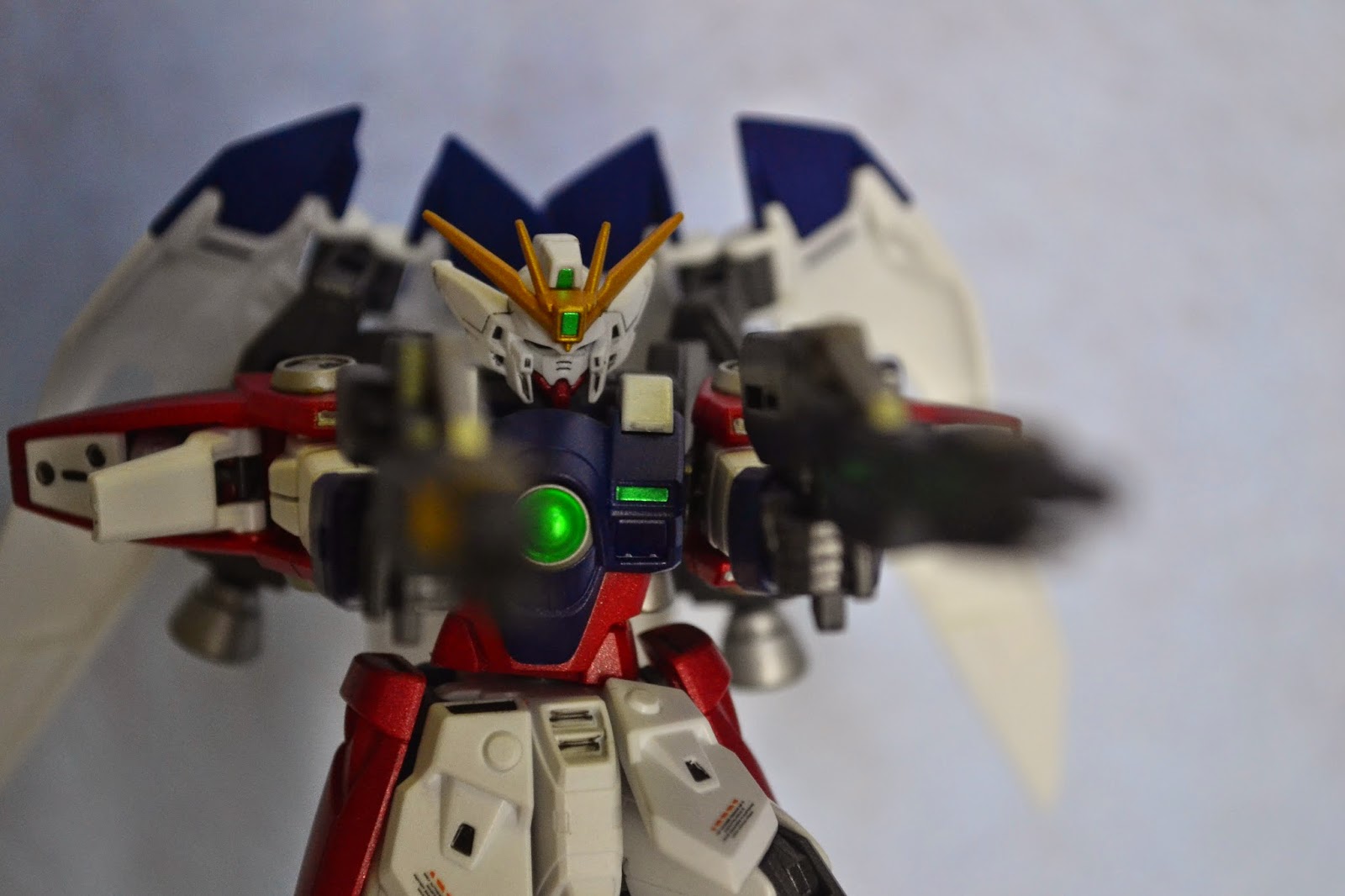 The HGAC Wing Gundam Zero is a fantastic addition to any HG collection, but care has to be taken when posing with the arms as they tend to pop out of their sockets. 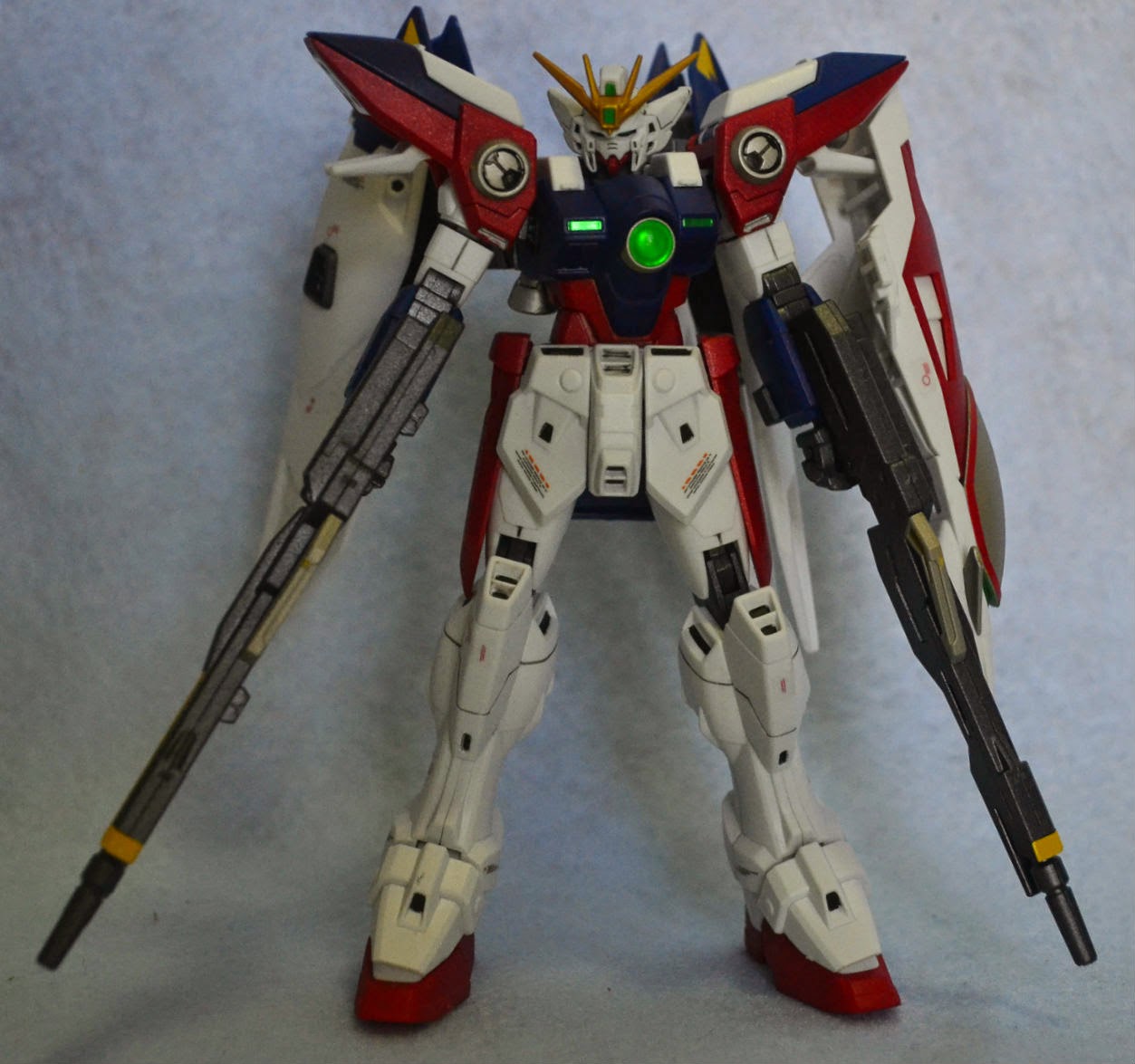 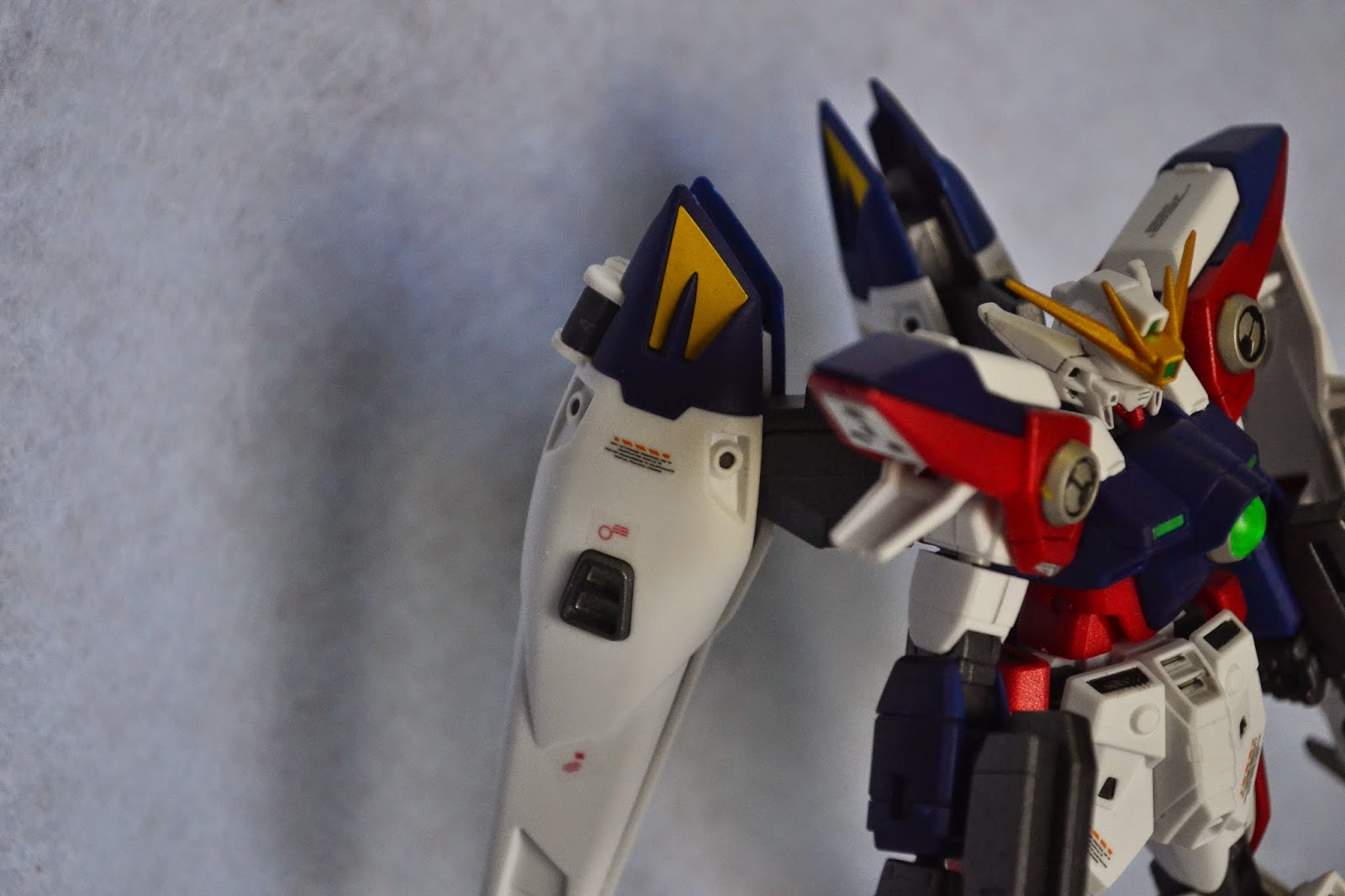 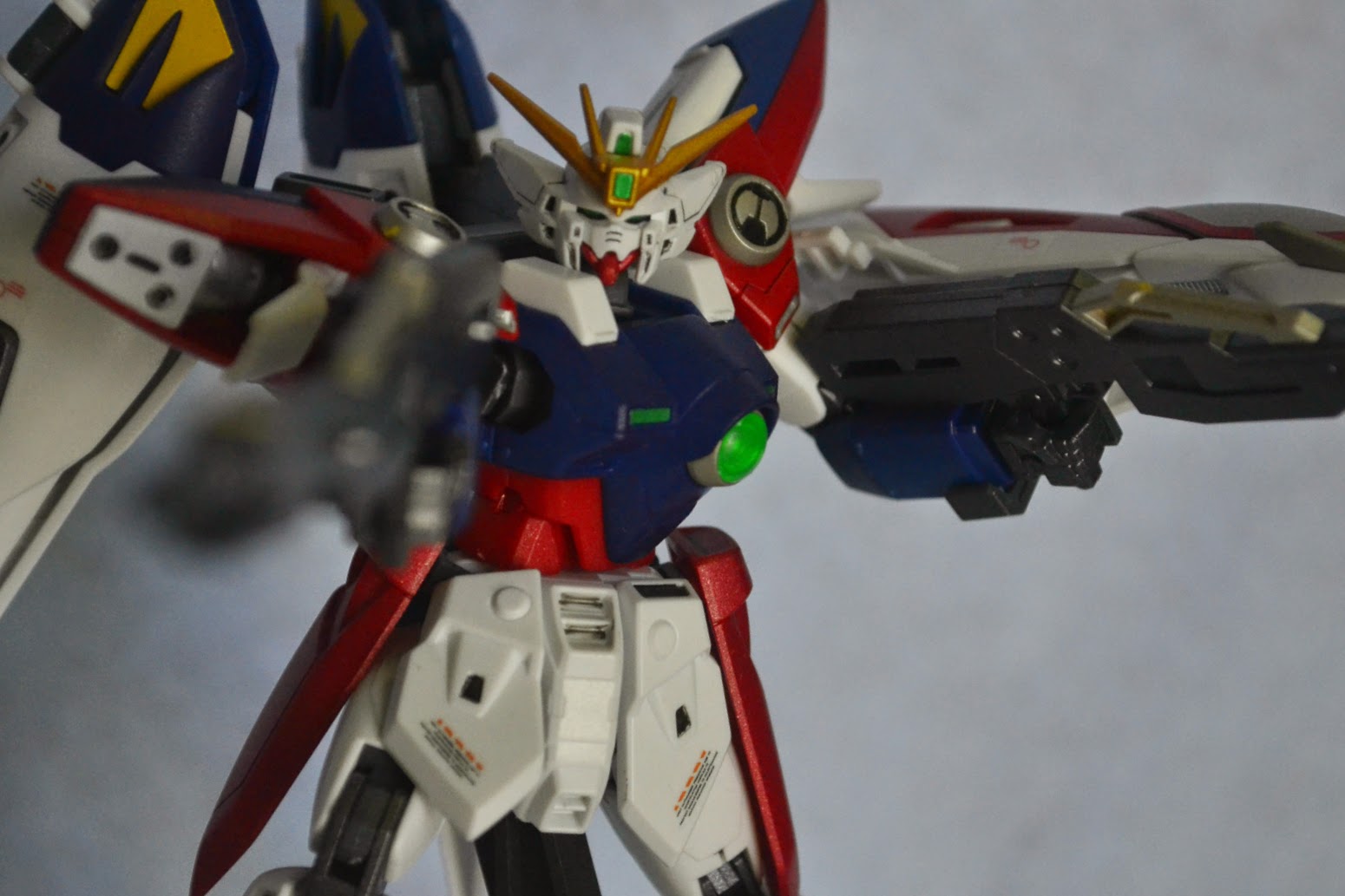 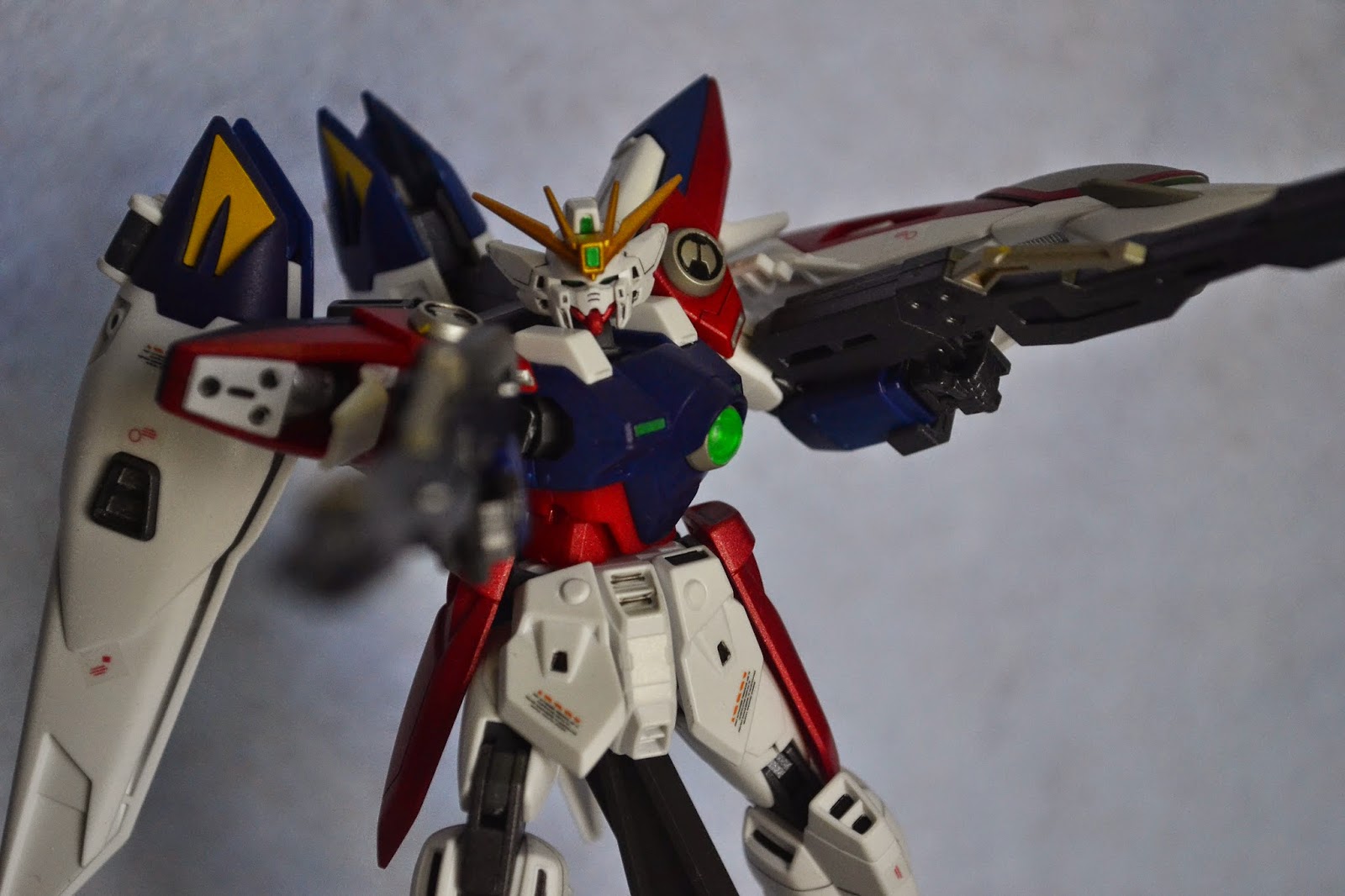 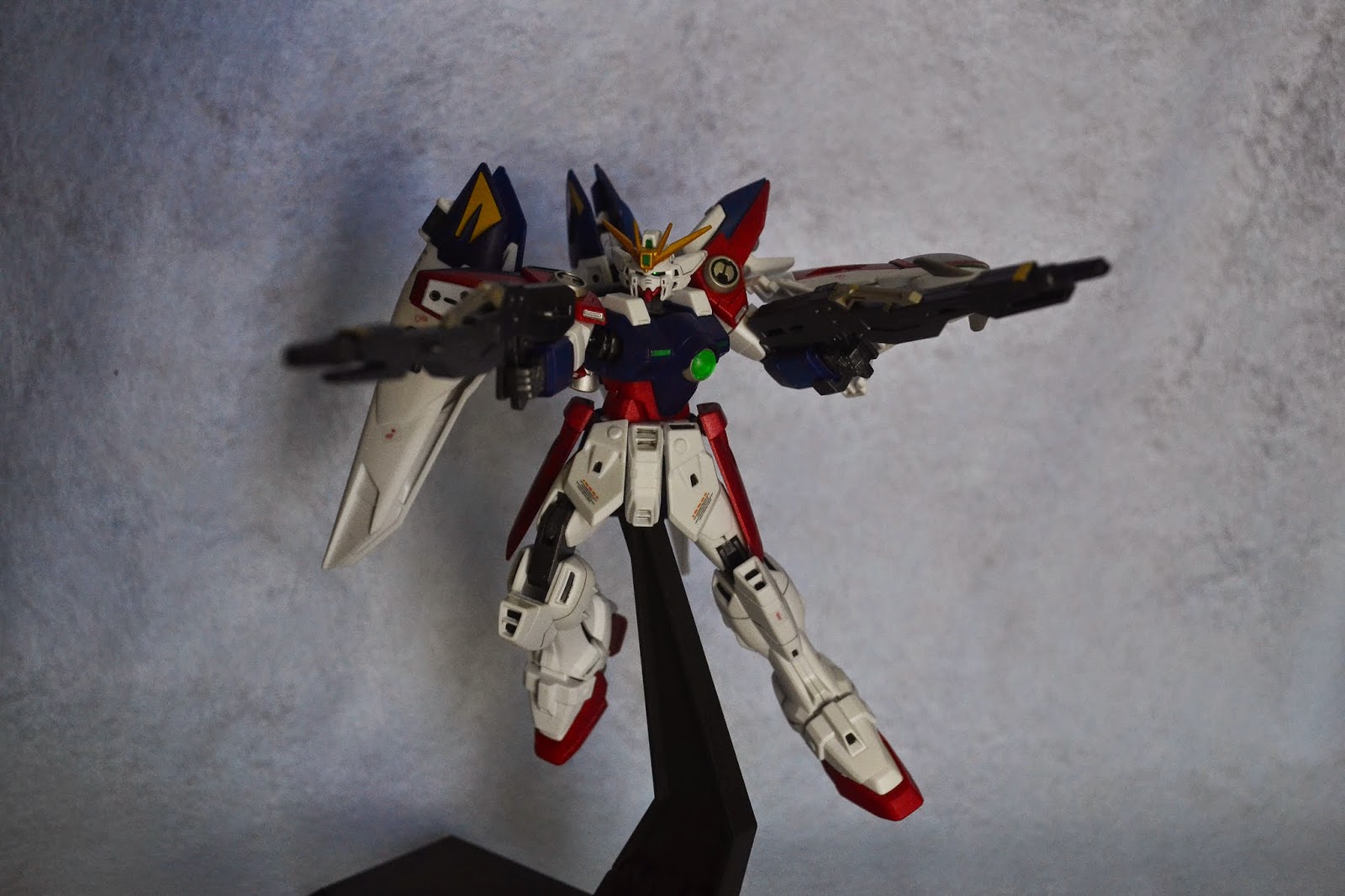 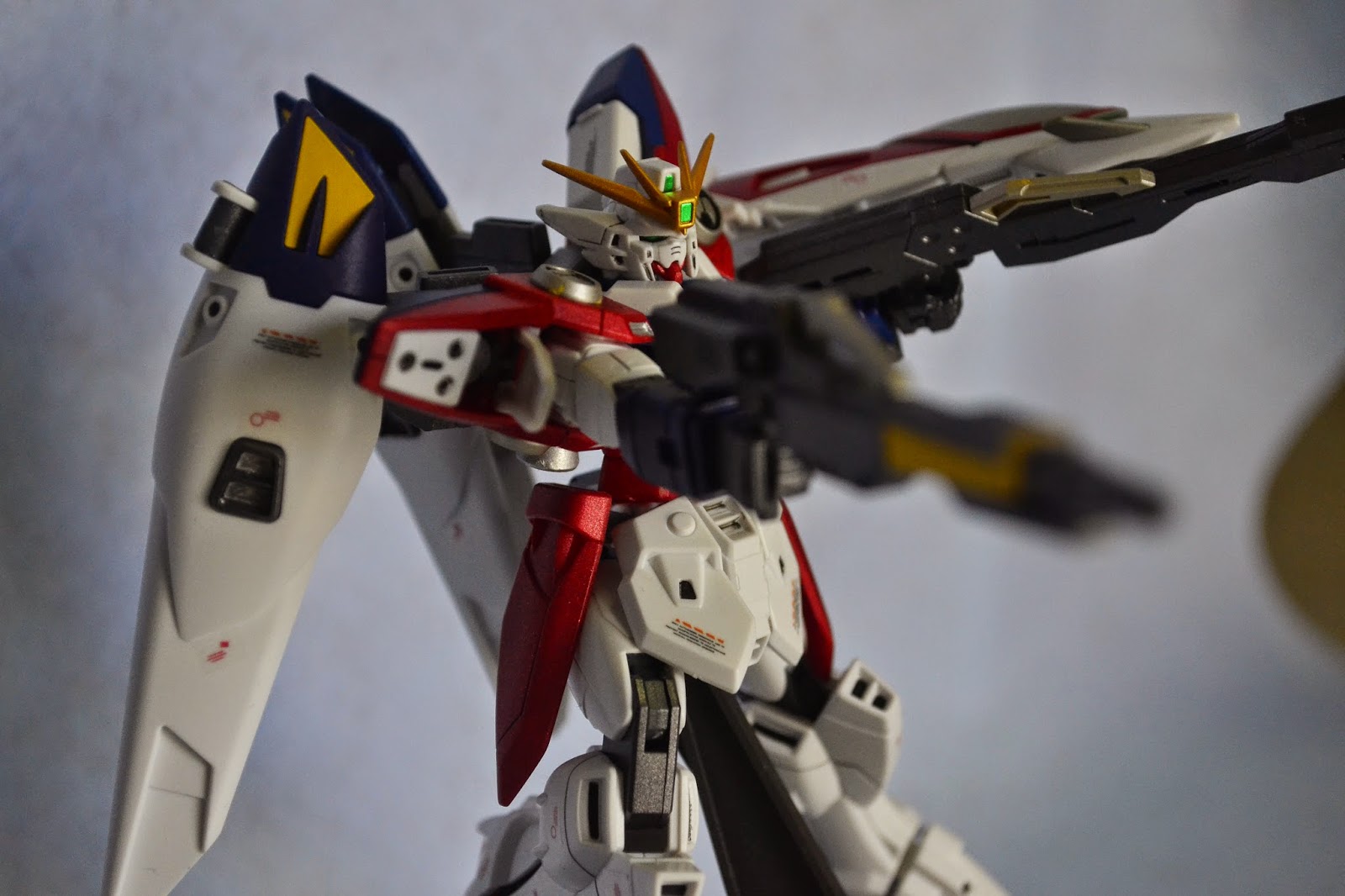 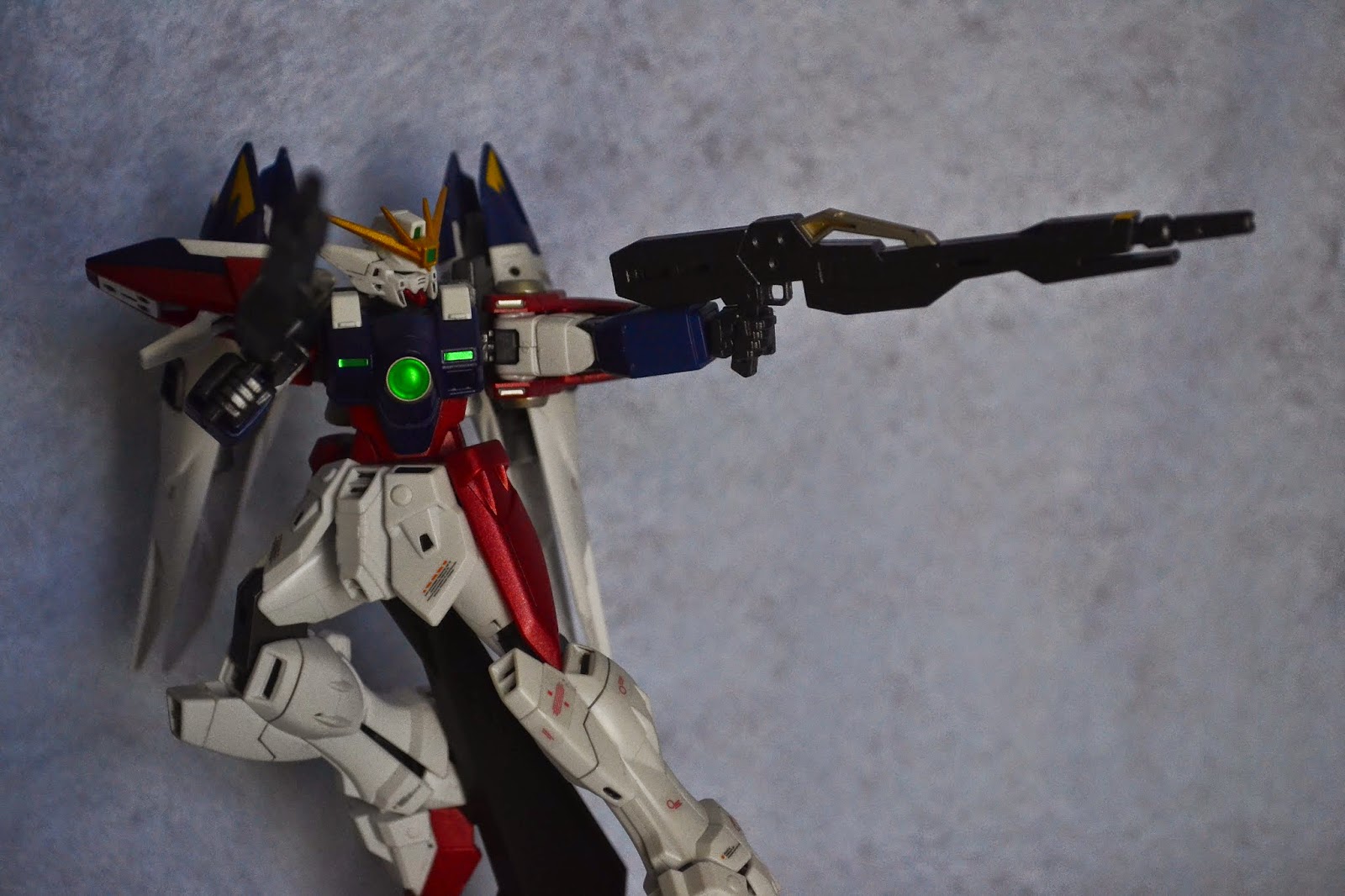 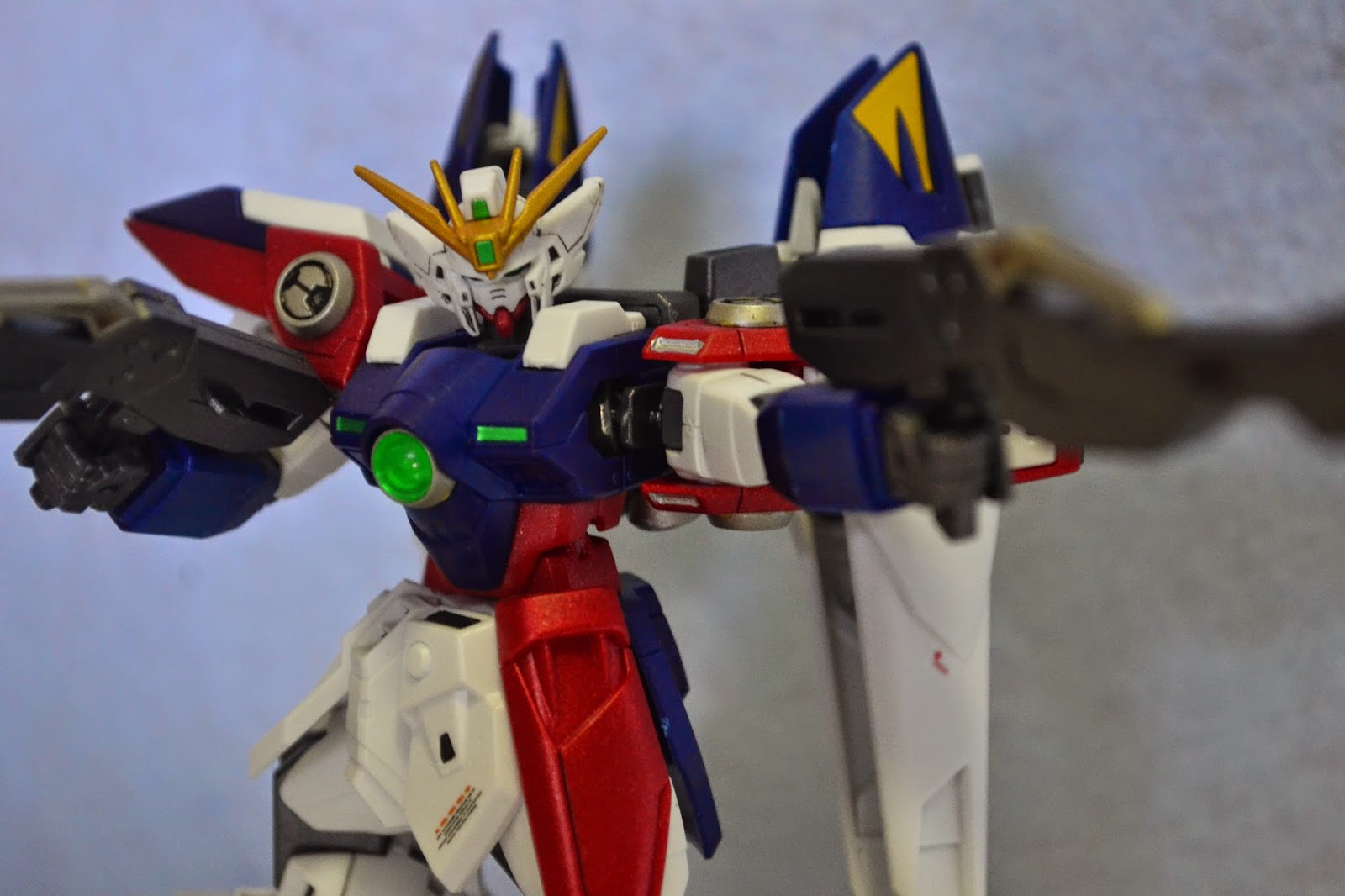 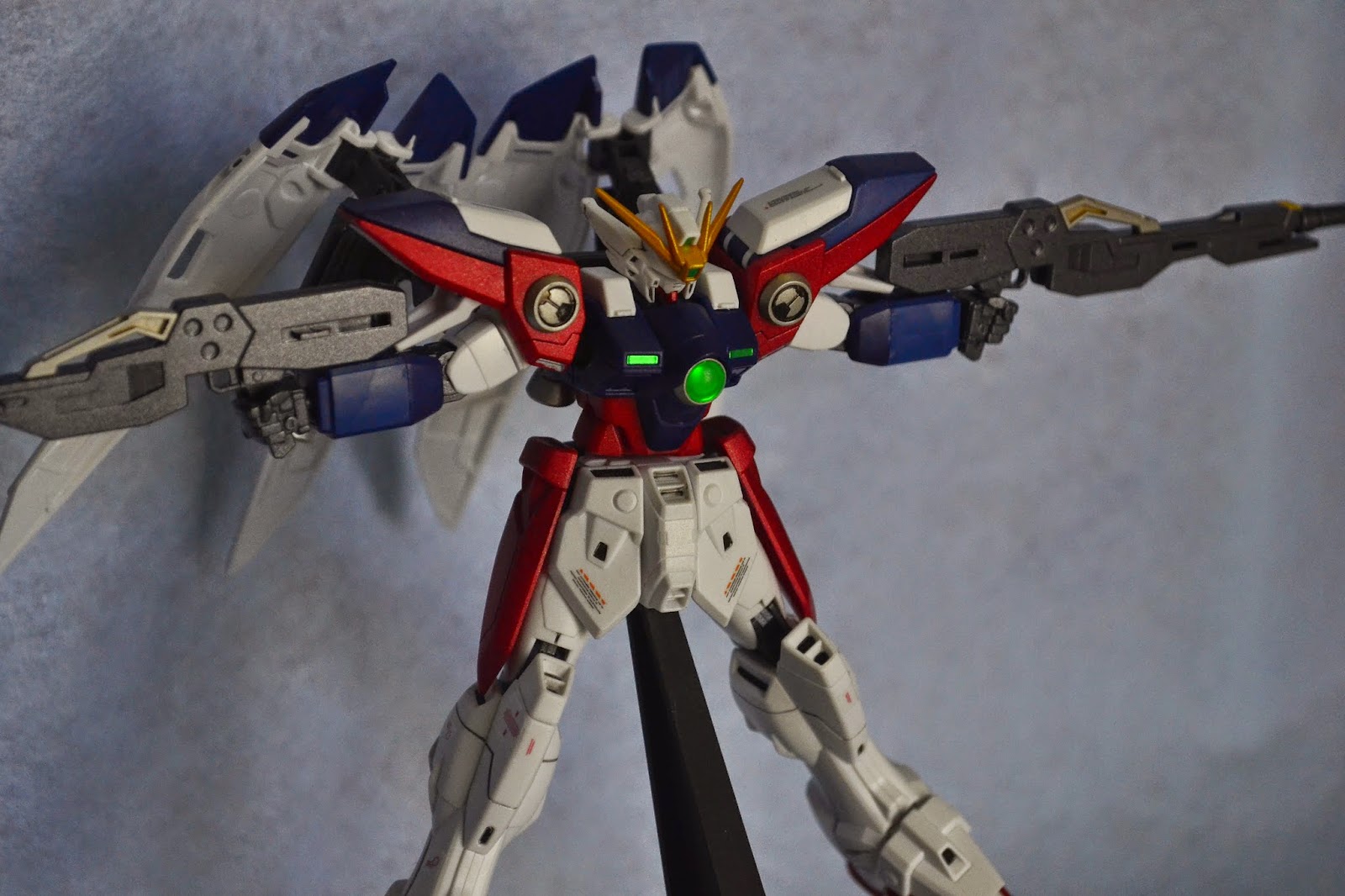 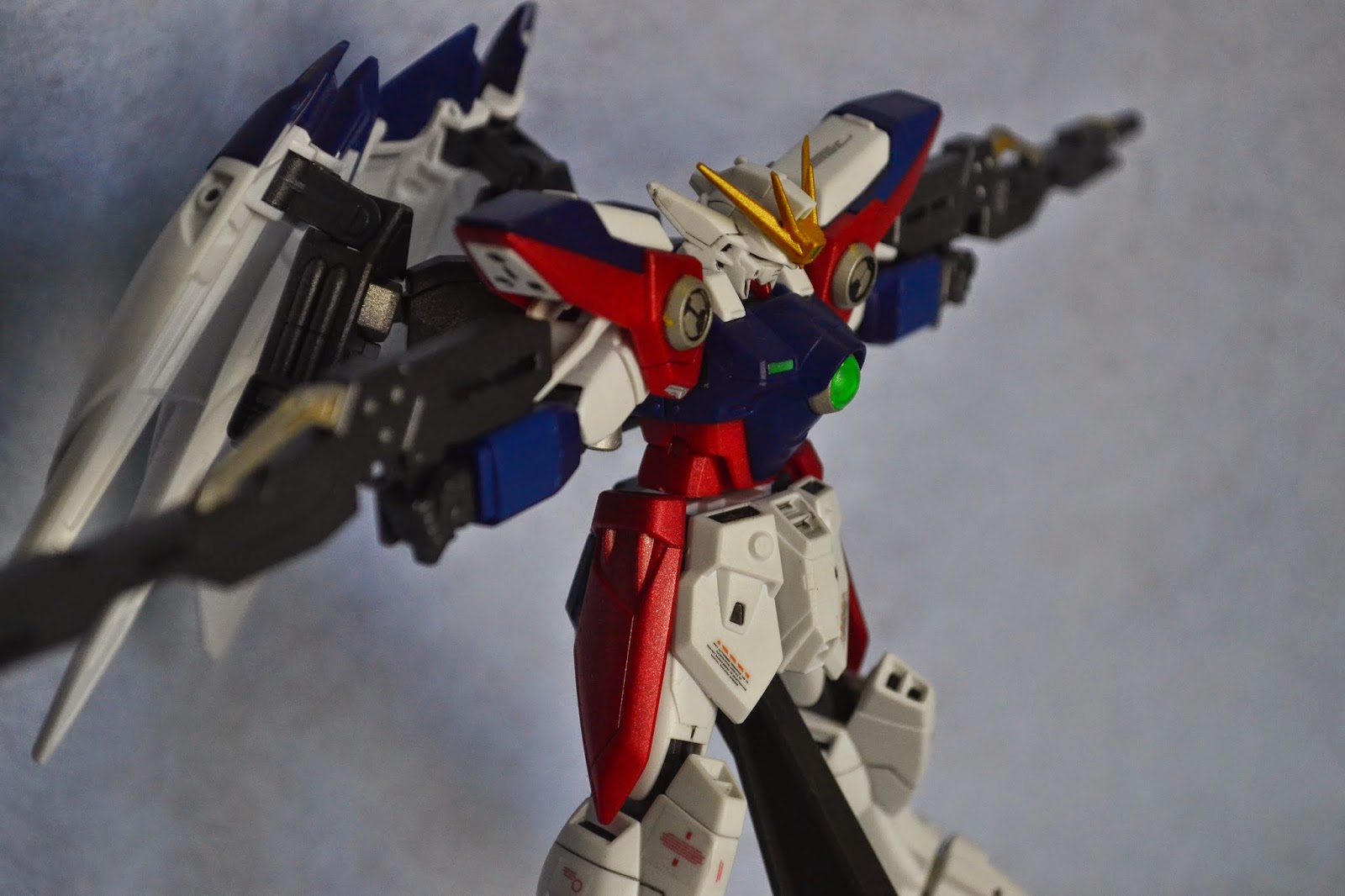 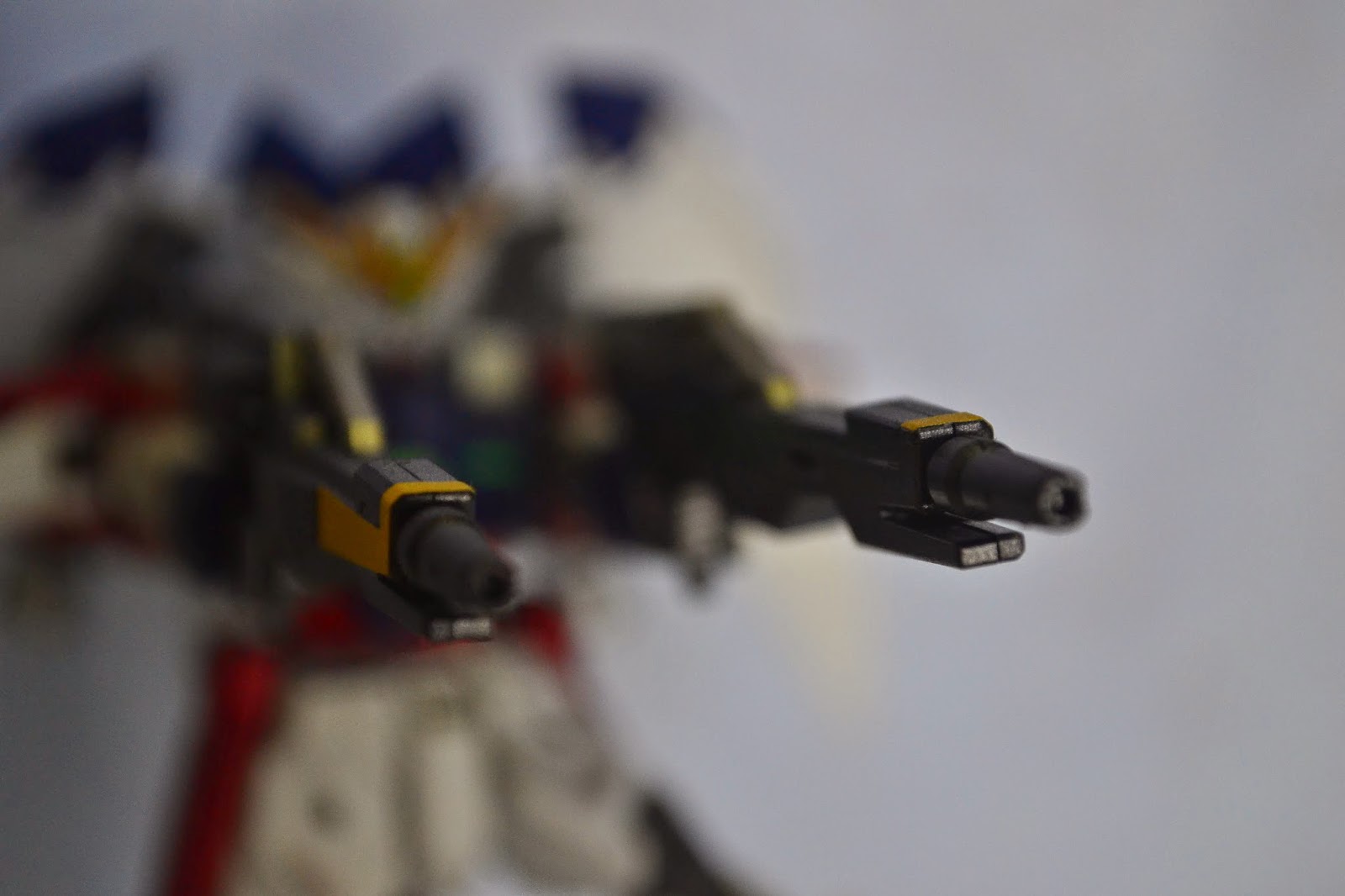 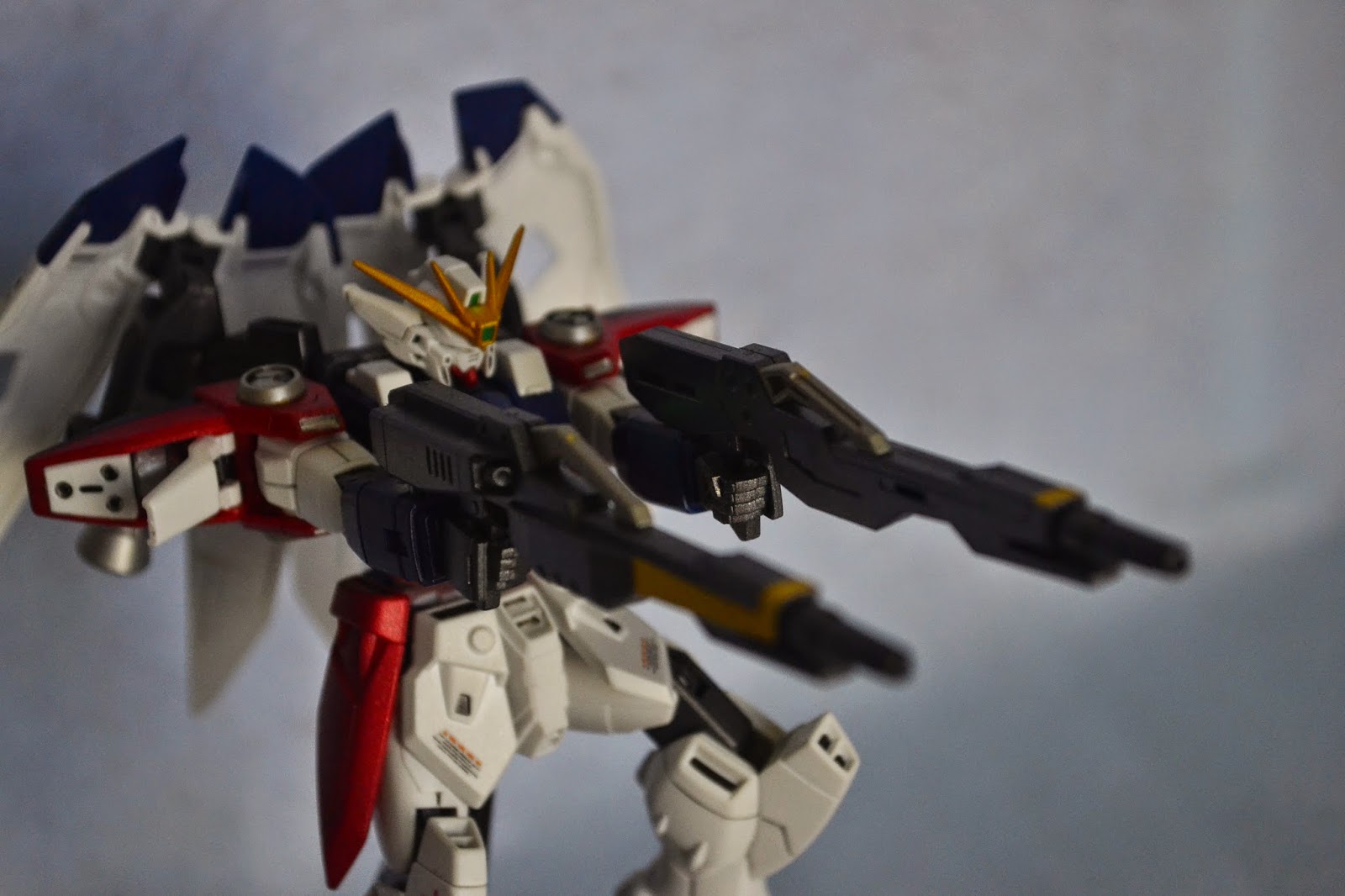 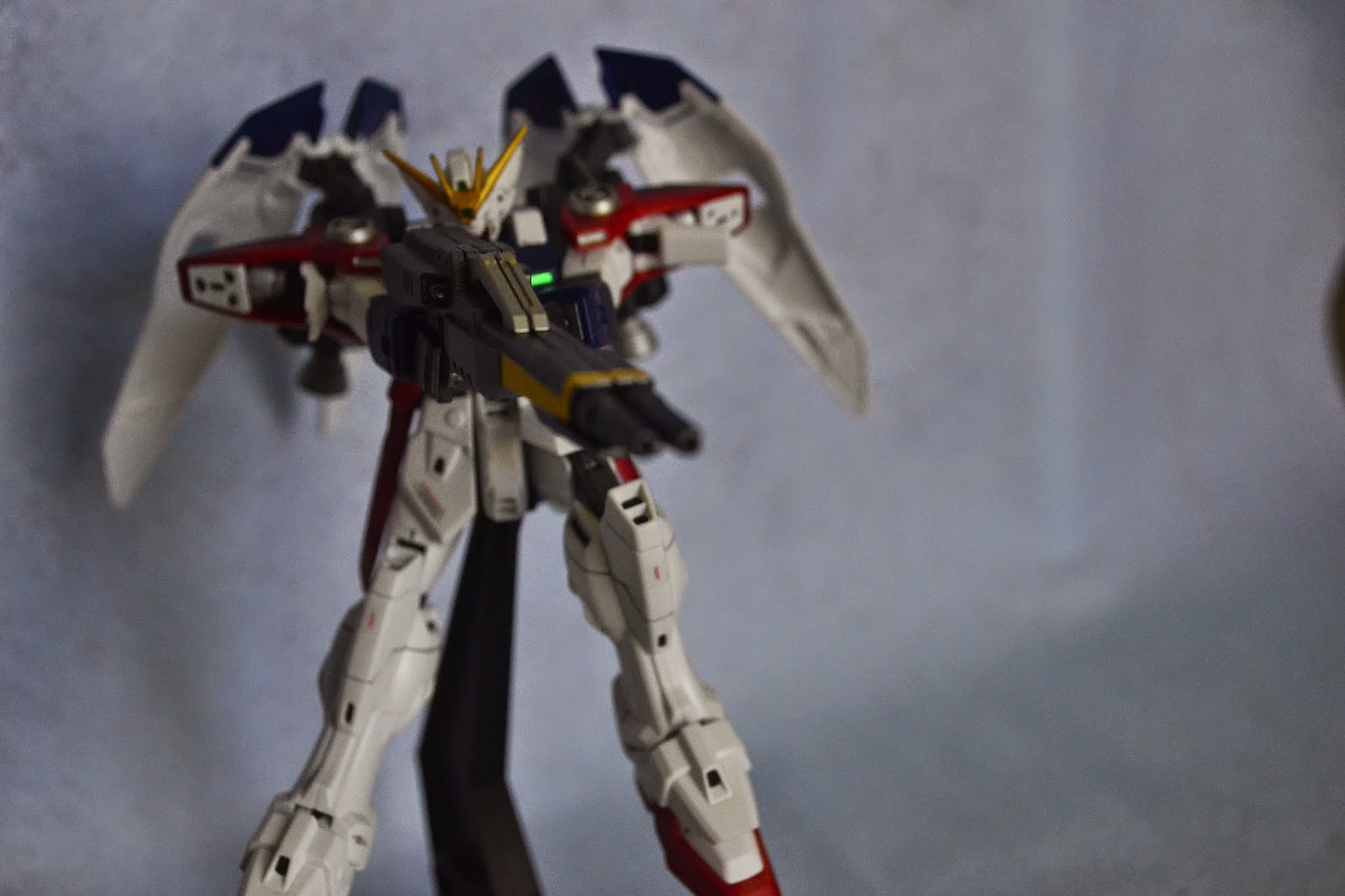 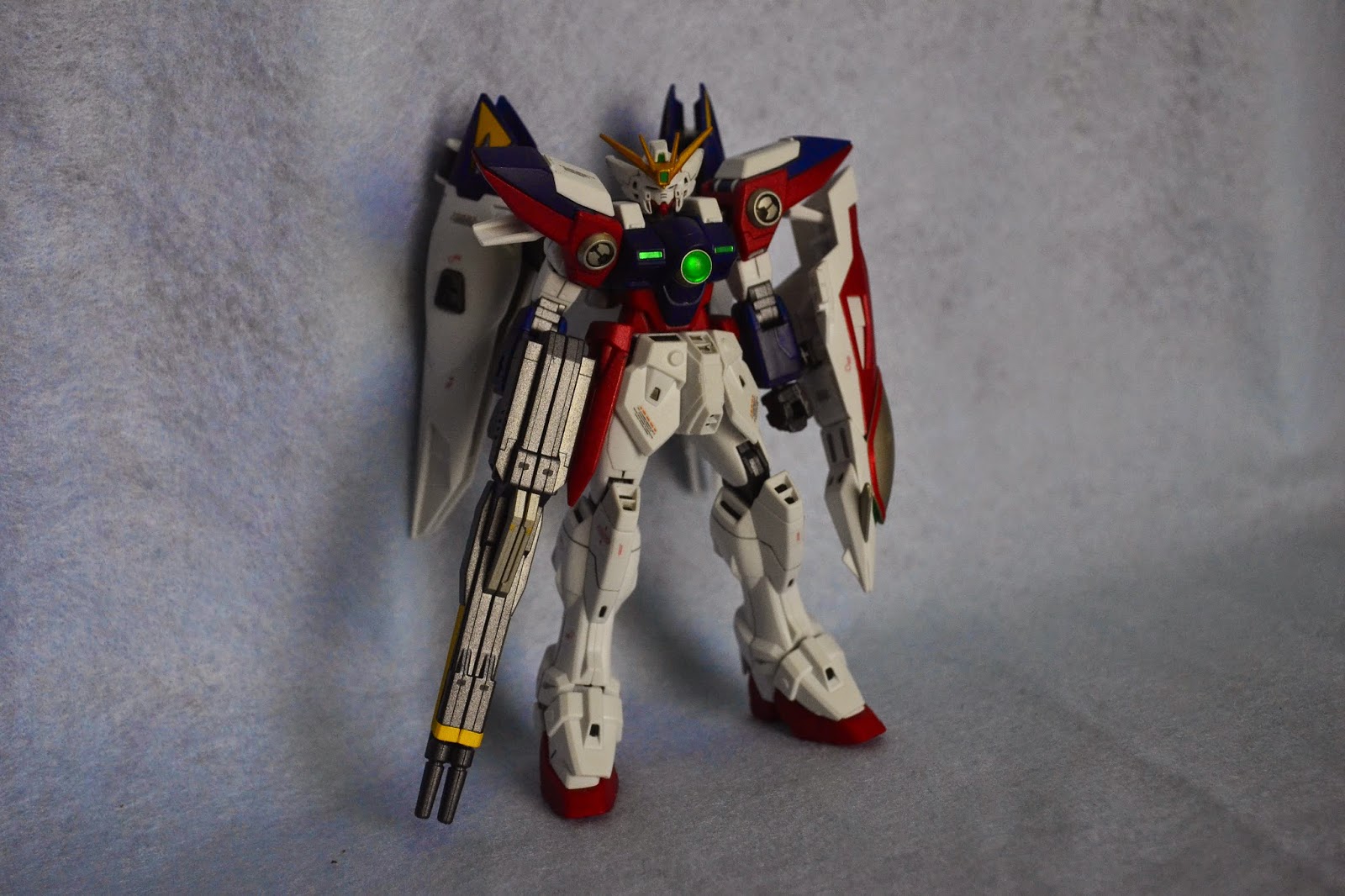