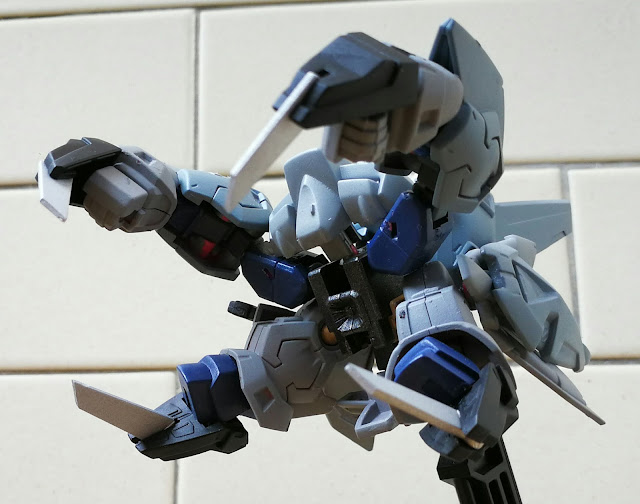 Always preferred a duller colour scheme over a bright and loud one!


More than anything, this build was meant to be a colour test for a Deactive Mode colour scheme. After looking through images of the Deactive RG model kits from the Seed series, I found that they came across as cooler and more representative of war machines as compared to the brightly coloured Phased-Shift modes.

Overall, I think the colours blended nicely with each other, though I suppose the faceplate could be a duller shade of grey. The blues also worked nicely with the other colours, breaking up the sea of grey and adding some depth. This is a good colour combination that can be explored with other Grades of model kits.

The SD Aegis Gundam itself is quite interesting, being able to shift into its alternate Mobile Armour mode with the barest minimum of part-swapping: removal of the head. The rest of the transformation involves pretty ingenious turning of parts to achieve the clawed squid look that is the Aegis Gundam in MA Mode. Being an older SD however, don't expect much in terms of articulation.

Even with its SD status, the Aegis Gundam is way ahead of its grade! 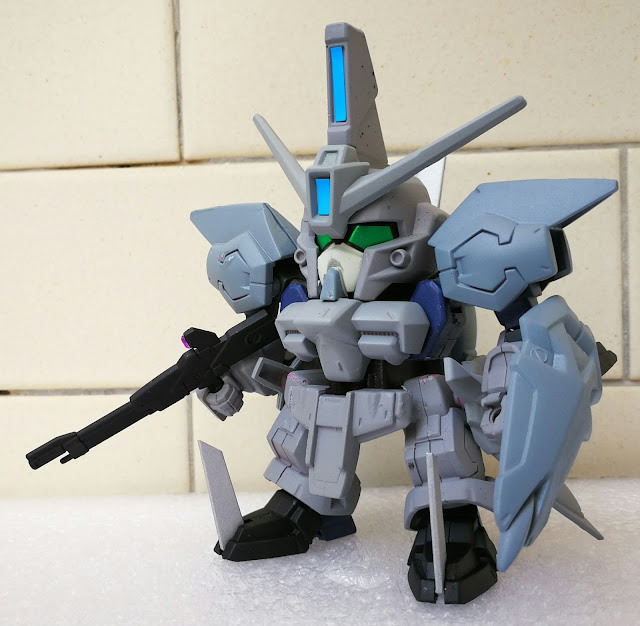 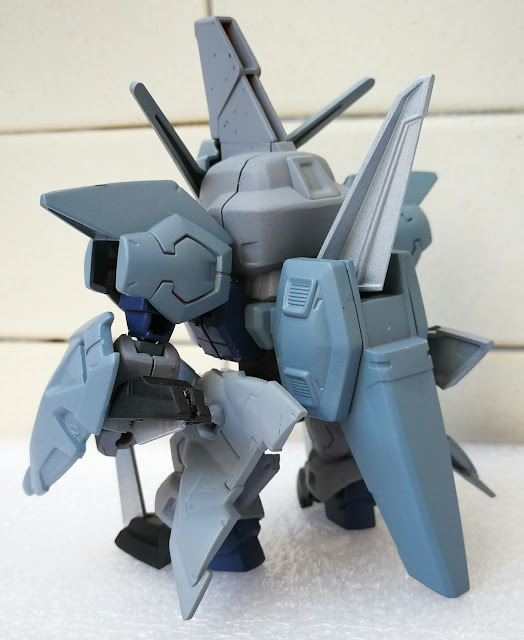 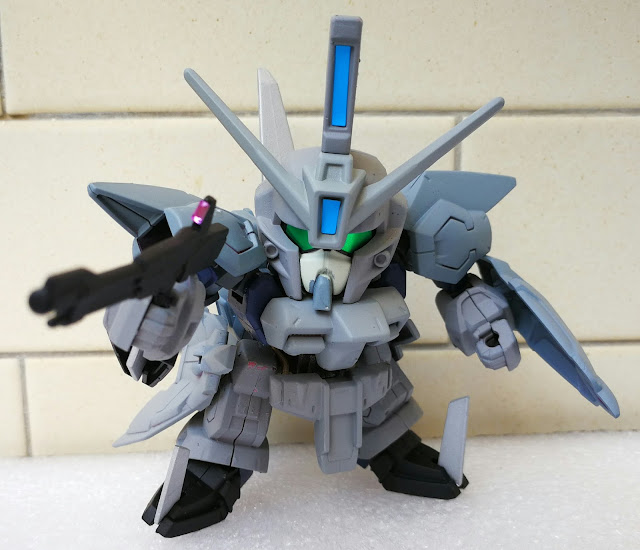 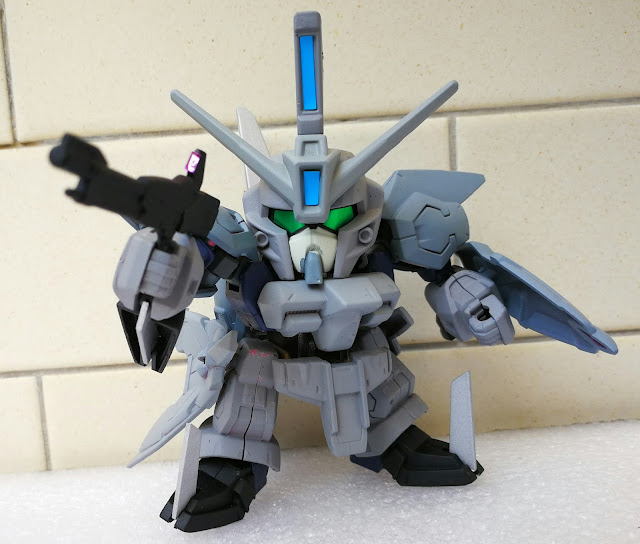 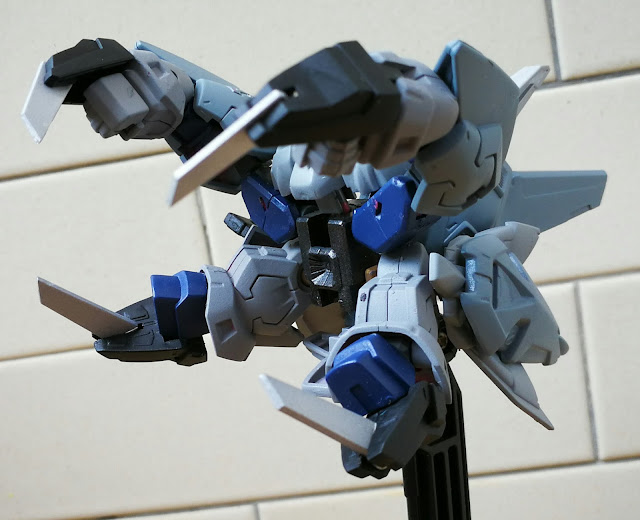 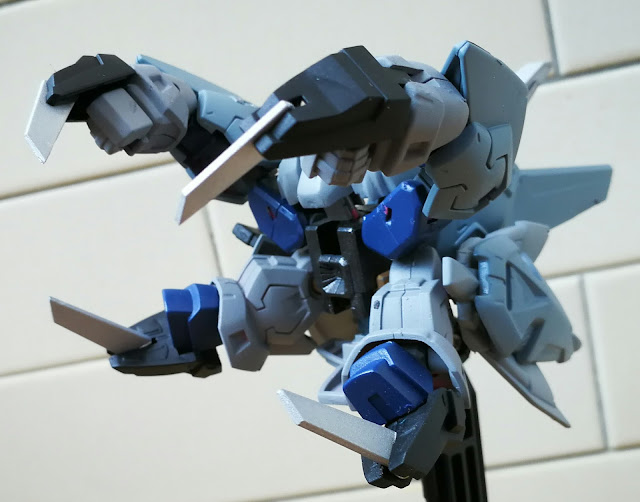 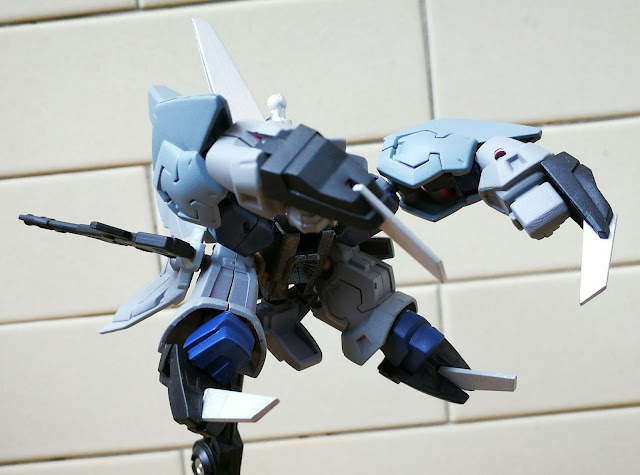 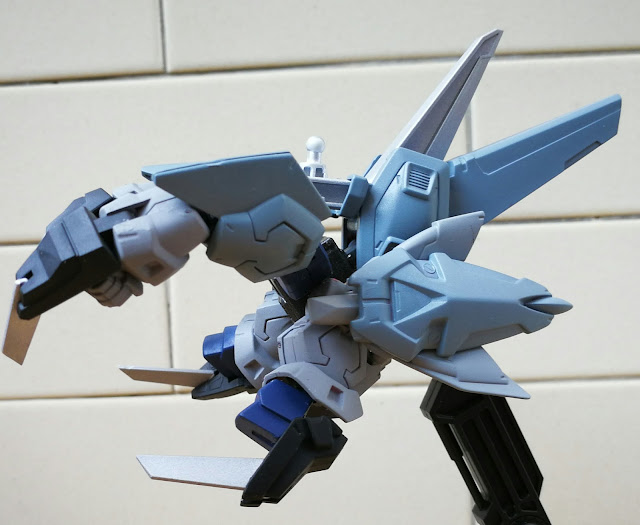 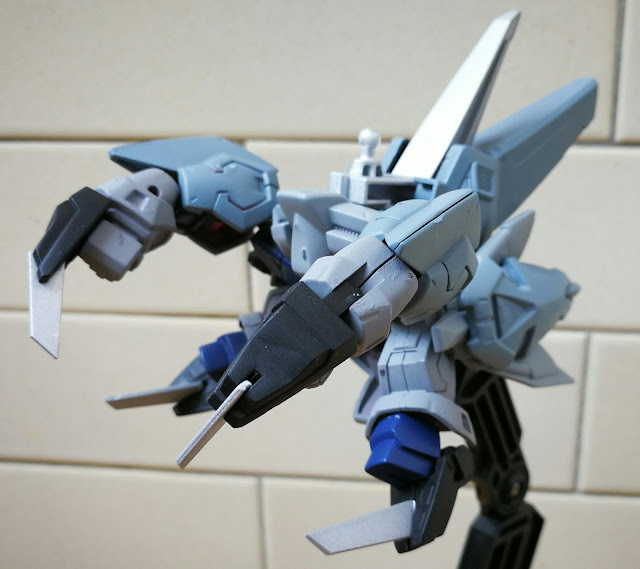 Posted by Gunplanerd at 5:10 PM