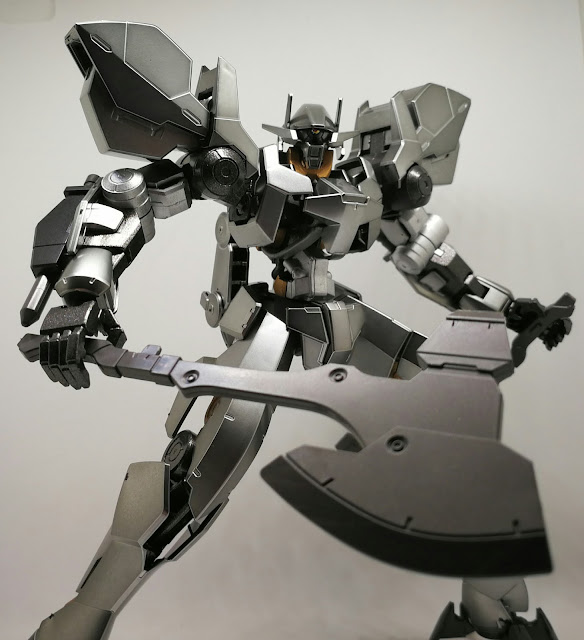 
The Bandai marketing machine constantly churns out limited edition model kits from every ongoing (and past) series to take as much money as possible away from hapless builders who have a weakness against premium box sets (read: me). The Iron Blooded Coating Ver. line of exclusive merchandise is one such range that spawn from the Iron Blooded Orphans (duh) series, released alongside Gunpla Expo Exclusive Clear versions of the titular mobile suits. So far, only the HGIBO 1/144 Gundam Barbatos 6th Form and Graze Ein have Iron Blooded Coating applied to them.

Essentially, this Coating is really a layer of shiny metallic silver or gun metal applied to the outer armour parts of the Graze Ein (and also the Barbatos but this review isn't about him). The frame itself remains in its stock form, while the weapons seem to have some slight recolouration done. Therefore, I took the liberty to apply some additional colours to further enhance the look of this Iron Blooded Graze Ein: 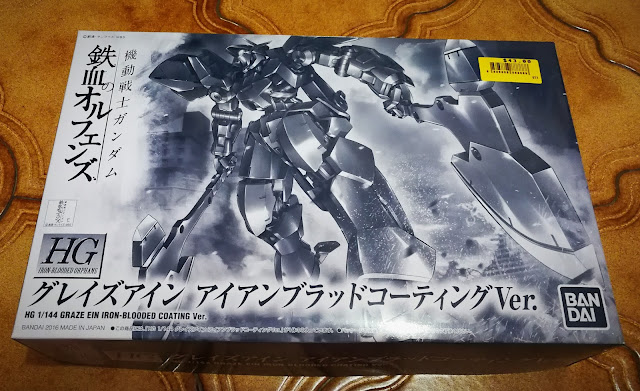 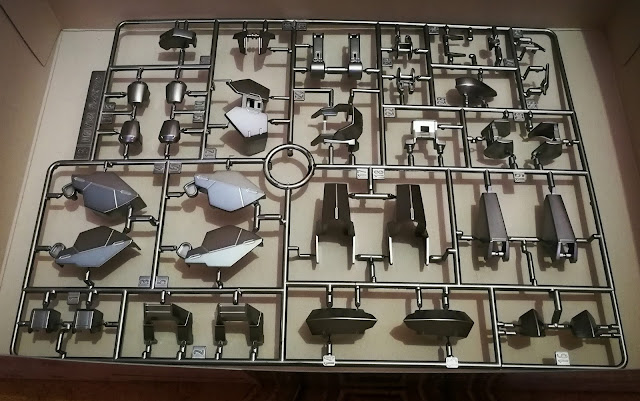 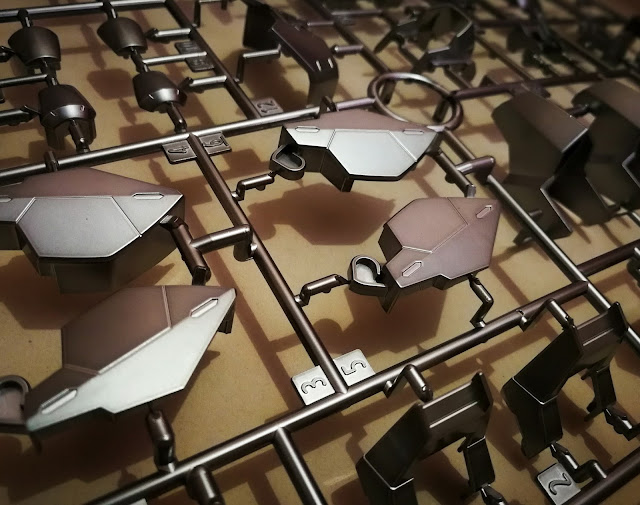 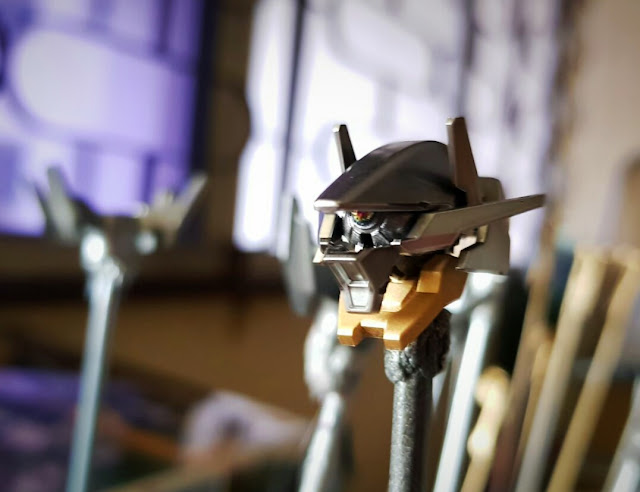 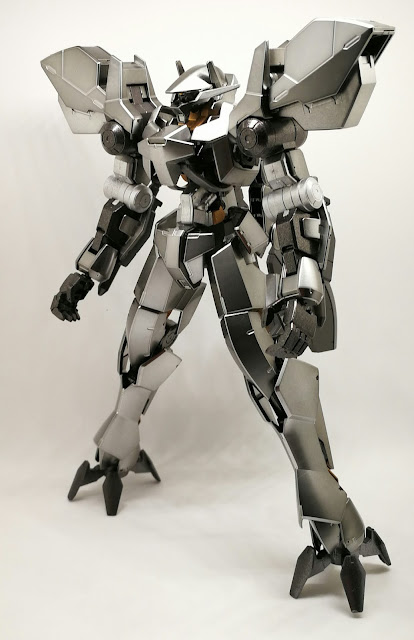 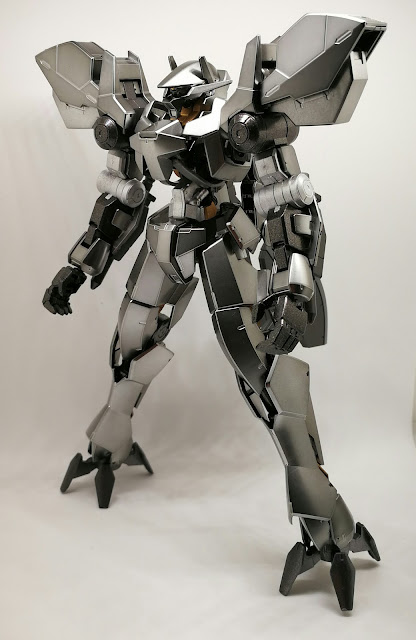 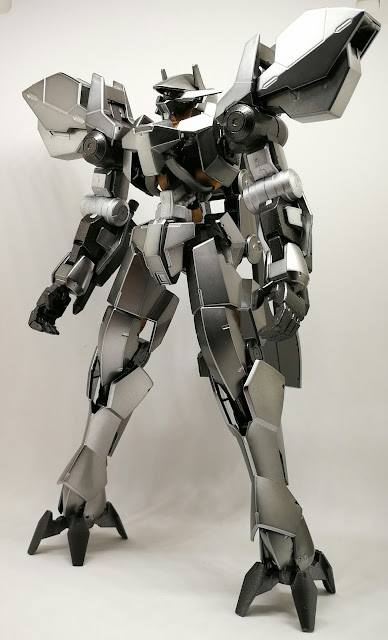 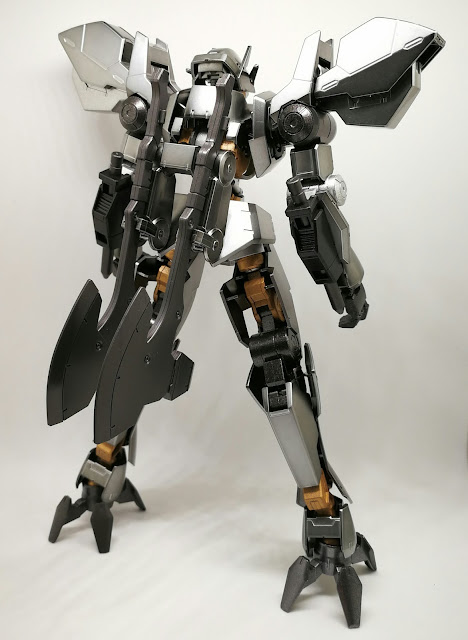 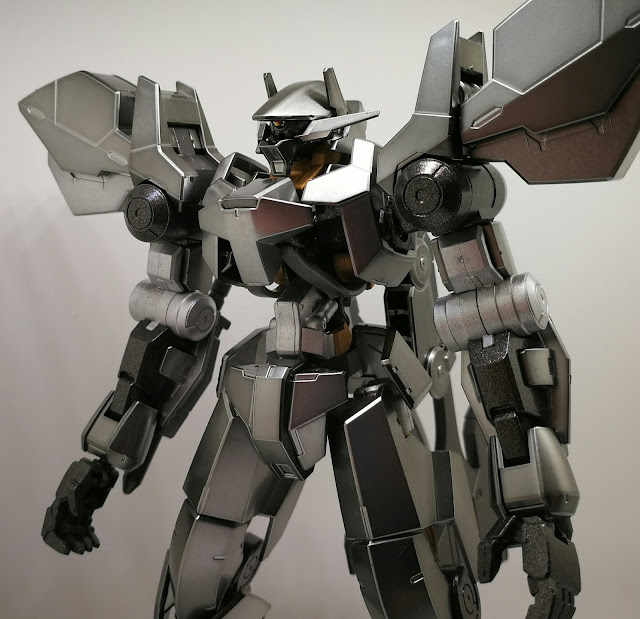 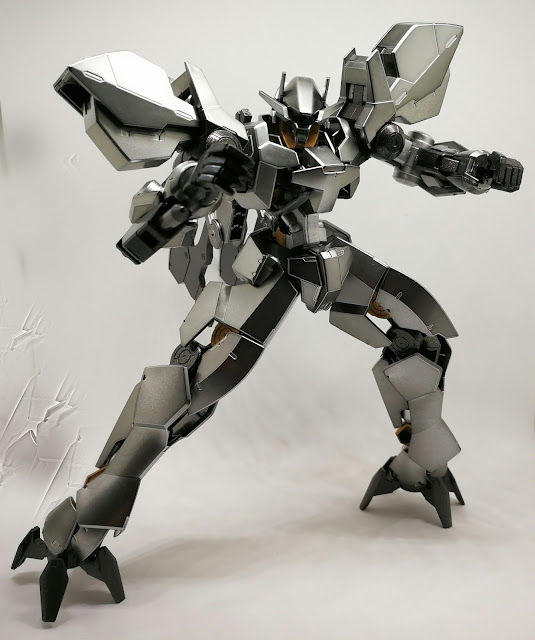 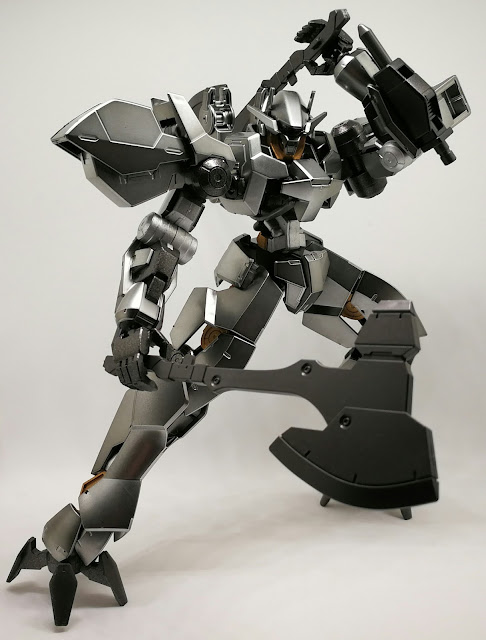 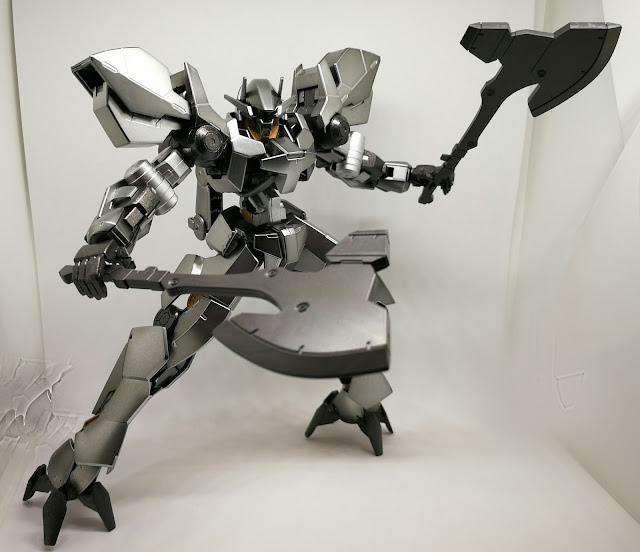 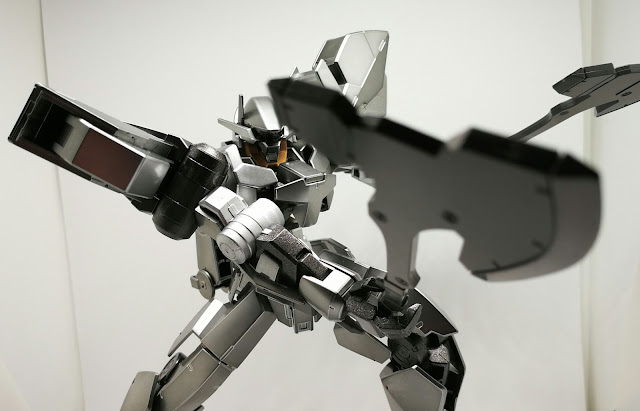 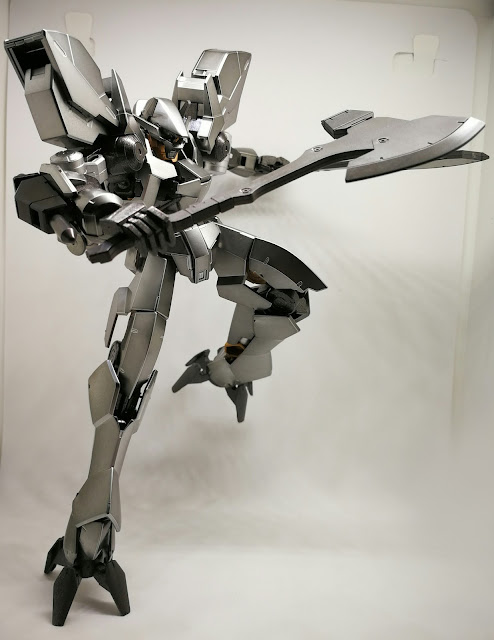 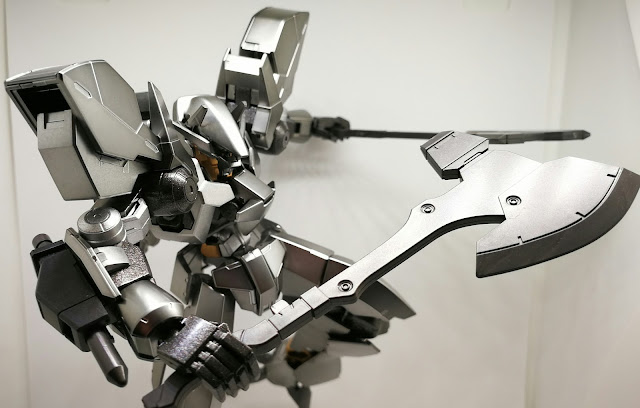 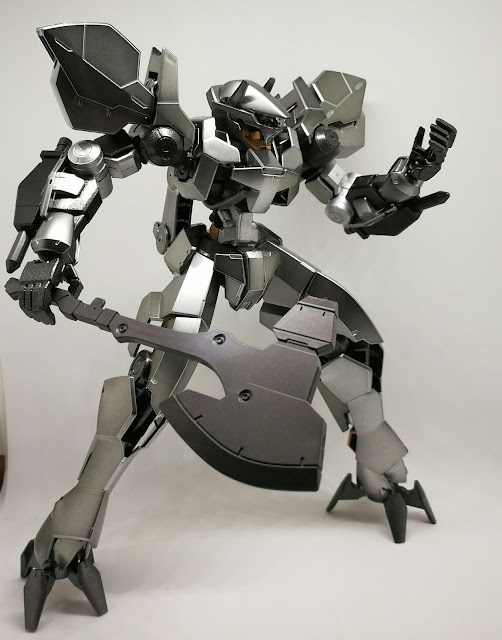 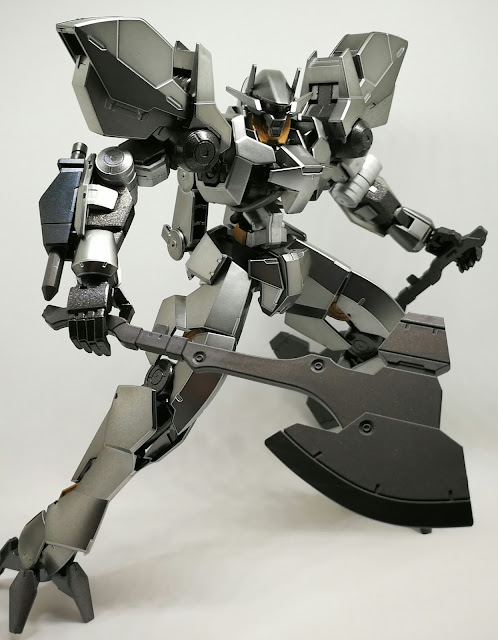 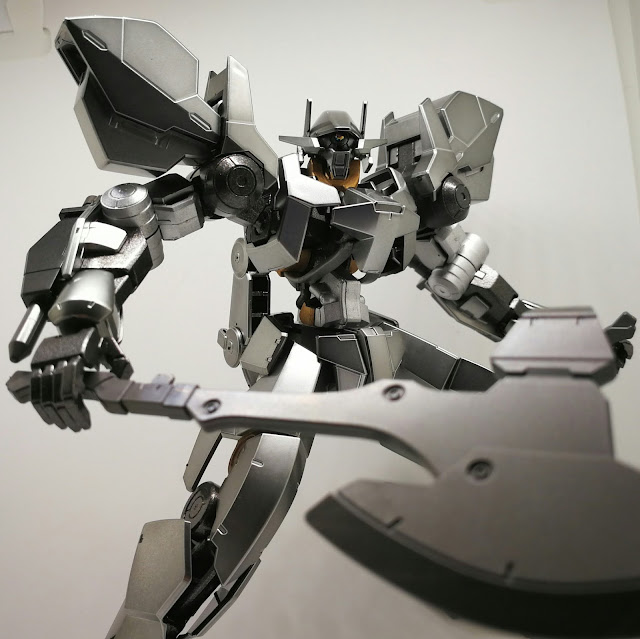 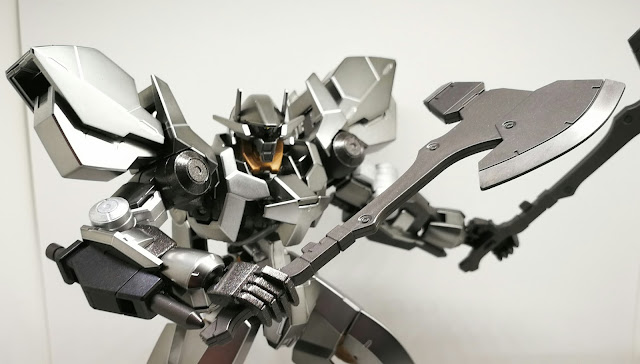 Posted by Gunplanerd at 5:37 PM