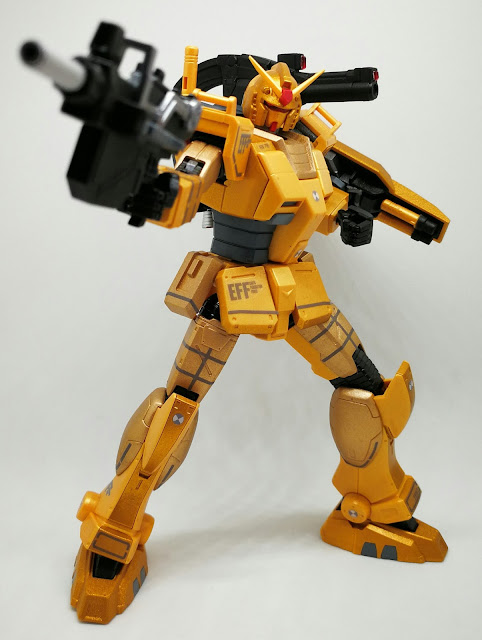 
The equivalent of a crash test dummy in the Origin's Universal Century timeline!


The prototype, initial rollout version of the Gundam Local Type, this particular model was done up in a striking gold colour scheme. While ostensibly used for taking note of critical damage areas and potential stress points, the ostentatious colour scheme also served as a vanity point, distinguishing it from the other dull-coloured military mobile suits. However, as compared to its mass produced brethren, the Rollout Colour variant would be a prime target for enemy pilots if it was ever deployed to the front.

Bearing the same set of weapons as its successors, the 100mm machine gun was a fearsome anti-mobile suit weapon in the right hands. Widely distributed by Anaheim Electronics (AE) through localised dealerships, the standard model of the weapon found its way into both Federation and Zeonic hands, chambered for the exact same caliber of ammunition. While it might be seen as a deliberate act to solve ammunition supply issues out in the field, AE's true motive was slightly less altruistic: they simply wanted to sell weapons to whoever could use them.

With the high performance and wide sensor range of the Gundam Local Type, the seemingly nondescript shell-firing armament was able to make short work of enemy mobile suit forces from medium range, usually before said enemies could even pinpoint the Gundam's exact location. The 100mm rounds tore through fighter aircraft and tank armour like cardboard, while mobile suit armour took many more rounds before buckling. However, the rounds could easily shatter sensor screens and intake valves, triggering mechanical failure in the model suit which may then shut itself down.

For long range engagements, the Gundam Local Type made use of a 360mm shoulder cannon mounted on the backpack. Boasting enough firepower to knock out a Zaku with one glancing shot, the shoulder cannon was a feared weapon on the battlefield as it didn't require the user to switch out an equipped weapon in order to use the cannon. With two targeting sensors working in tandem, the shoulder cannon had extreme range, easily three times further than the 100mm machine gun's maximum range. Shock absorbers in the backpack mount and the Gundam's feet allowed firing of the cannon from a standing position and even while on the move. The seamless transition between mid-range and long-range combat gave the Gundam an edge in prolonged firefights, allowing it to hold out defensively before friendly reinforcements arrived. The only drawback was the relatively small magazine size of the cannon at 10 rounds.

The sole Rollout Colour variant of the Gundam Local Type was deployed to defend its own test facility against encroaching Zeon special forces. Easily besting the Zeonic Zaku Is, the golden mobile suit weaved through the dense foliage of its home base and struck blow after blow on the enemy troops. Even as a prototype machine in the hands of a mere test pilot, the Gundam proved to be a formidable mobile suit and was eventually put into limited mass production with one particular model getting full funding to develop it beyond Tem Ray's loftiest expectations. 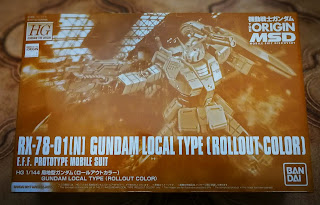 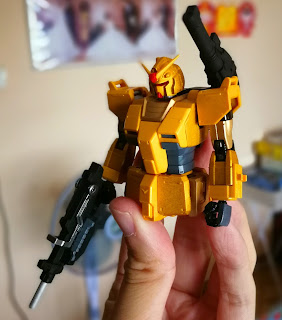 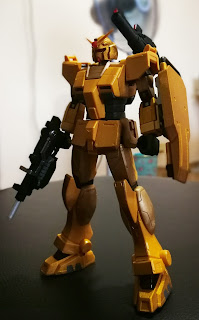 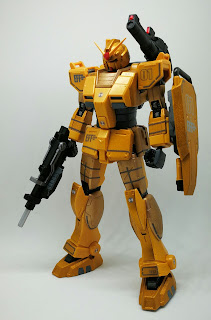 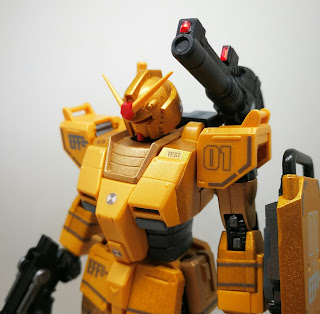 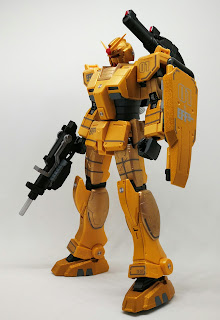 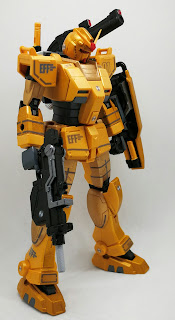 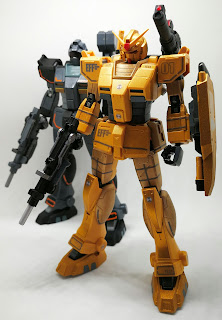 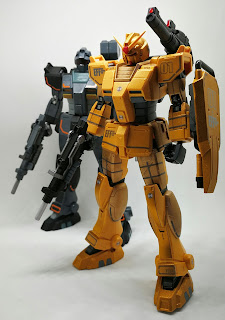 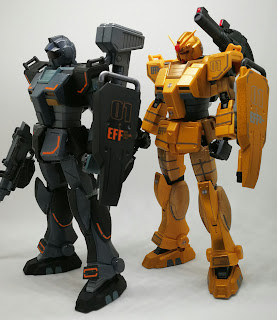 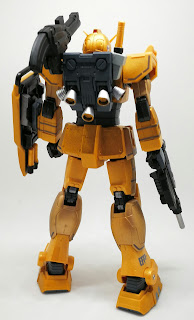 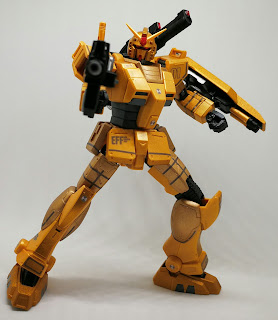 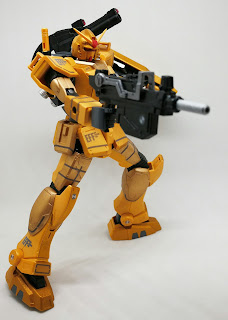 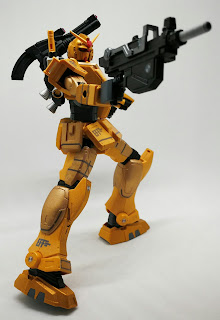 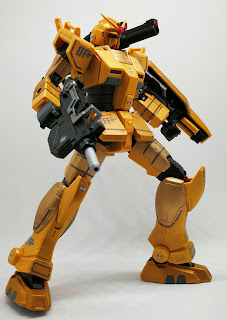 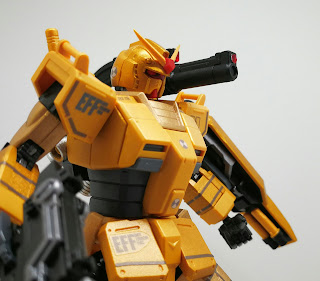 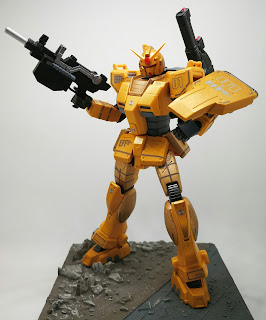 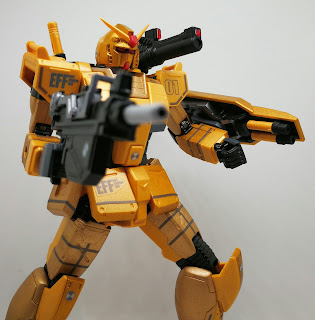 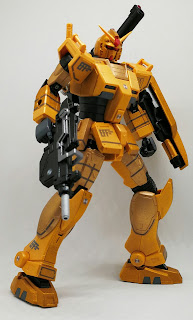 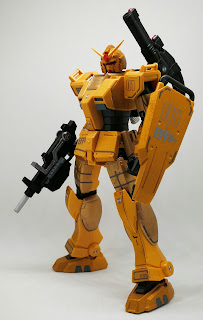 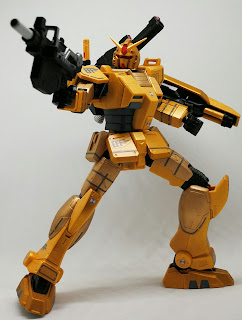 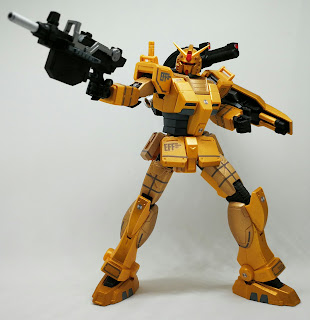 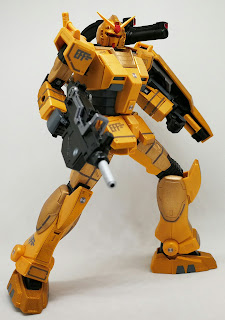 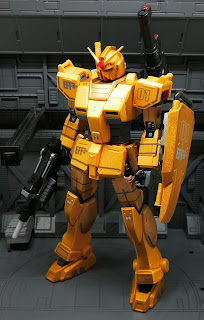 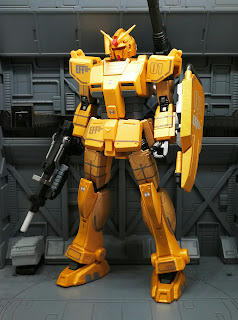 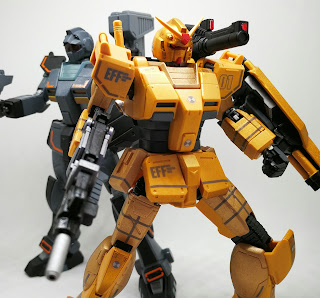 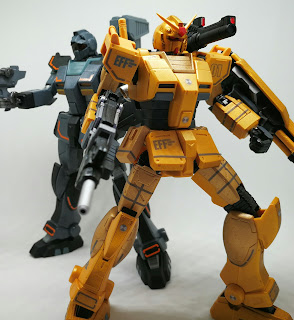 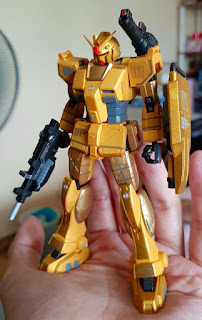