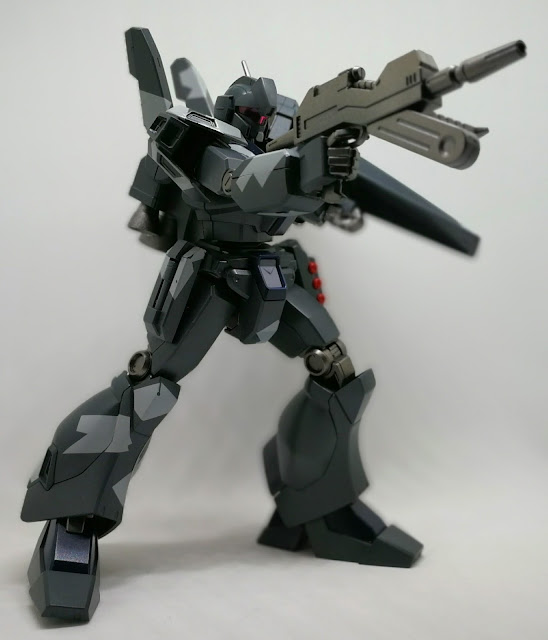 One of the sexiest Jegan variants ever!


While still a reissue of the existing HGUC 1/144 Jegan Type D mold, the Camouflage Ver.'s distinguishing feature is the splinter camouflage pattern layered all over the mobile suit. Achieved through application of a substantial amount of waterslide decals, the waterslide decals for the insignia actually go over some of the splinter pattern ones, inadvertently causing some problems.

The other distinguishing feature is the Camouflage Ver.'s usage of the Marasai's rapid-fire beam rifle over the standard Jegan one (although that is still included along with the hyper bazooka). The exotic design of the weapon runs contrary to the Jegan's angular look, resulting in a very interesting and unique Zeon-Federation juxtaposition.

Deployed to guard the Federation's Cheyenne Mountain Base during the Laplace Incident, the Jegan Type D (Camouflage Ver.) performs its duty decently, being the Federation's top-tier mass produced mobile suit that is able to adequately go up against any contemporary adversary. 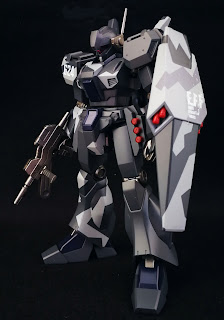 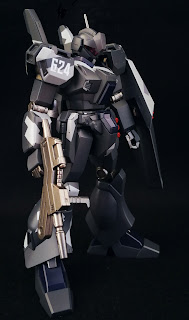 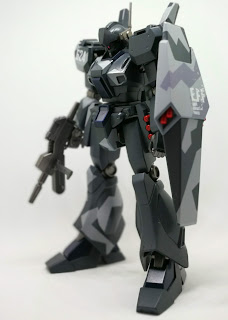 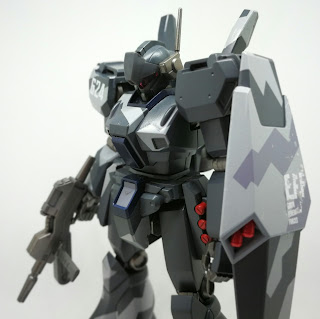 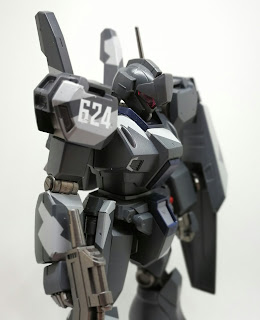 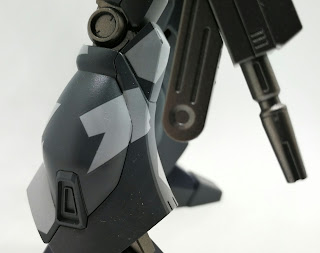 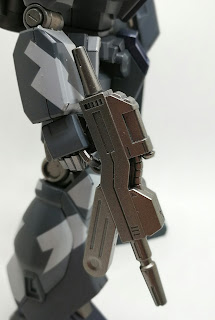 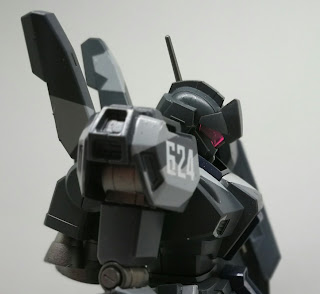 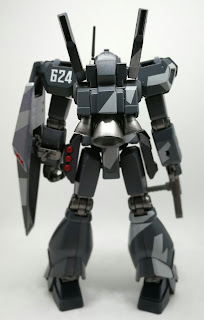 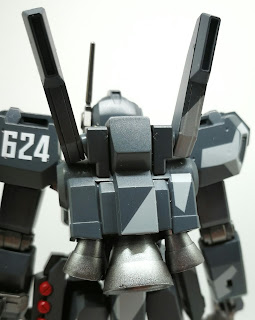 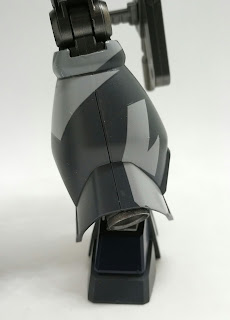 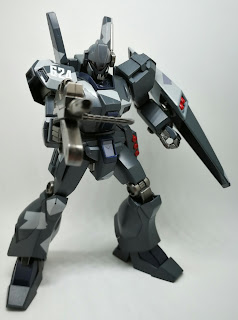 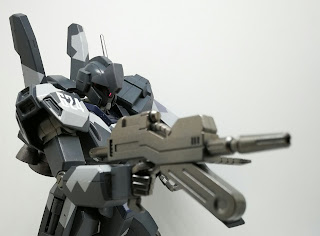 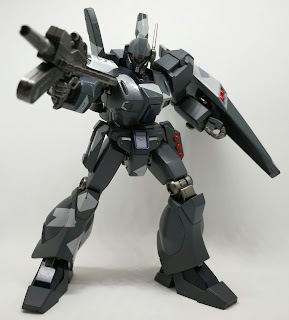 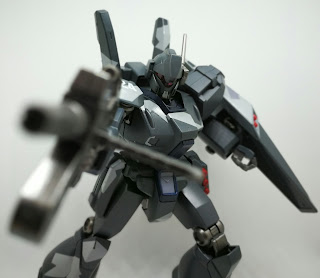 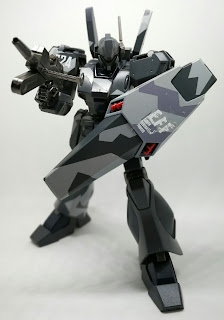 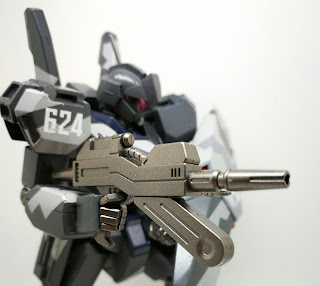 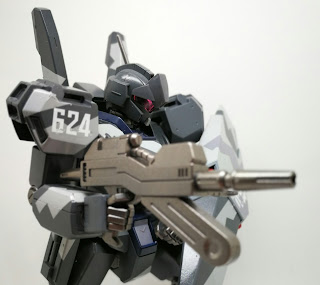 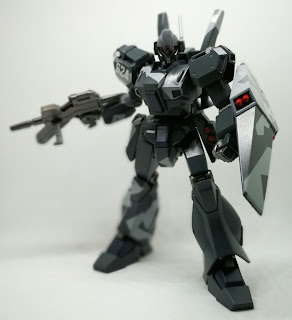 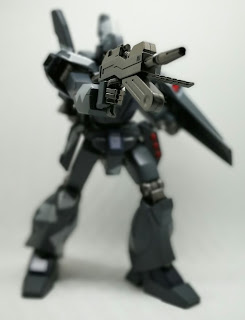 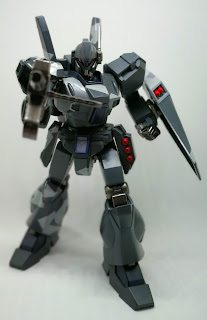 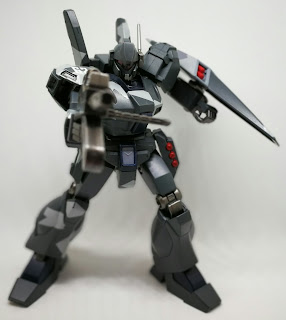 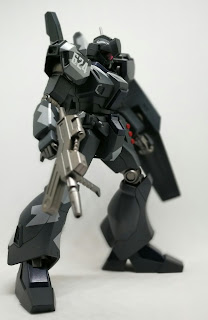 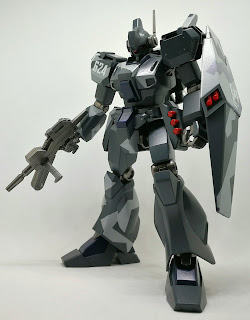 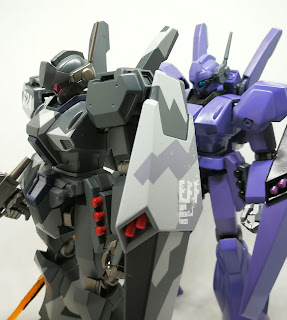 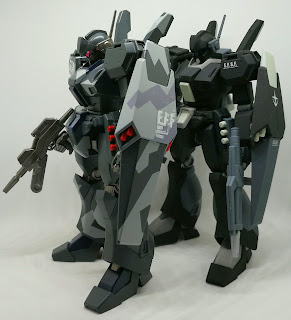 Posted by Gunplanerd at 8:21 PM