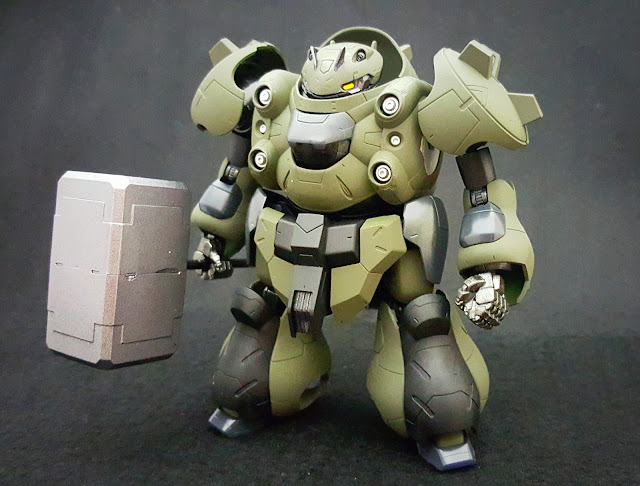 Nonetheless, the Ver. GPN build represents my take on this non-conventional Gundam, painted in a colour scheme more befitting a militant organisation such as the Brewers. I also switched out its hands for larger, more menacing ones.

Now, we wait for the Barbatos-Gusion hybrid to hit the screen!

Read more »
Posted by Gunplanerd at 10:12 PM No comments: 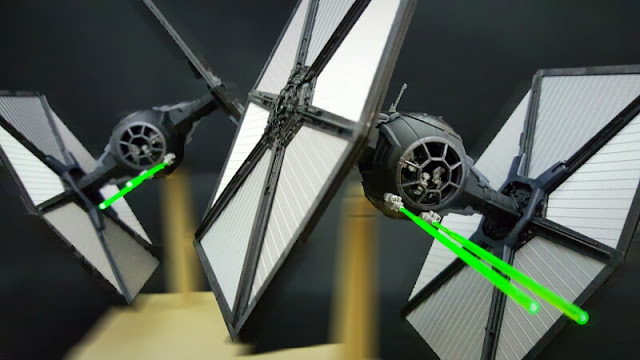 Bandai has been doing a great job with its Starpla releases, and fans (like myself) were pleasantly surprised to see kits from the latest The Force Awakens appearing on store shelves! Being a closet First Order junkie, I picked up a couple of their sleek black TIE Fighters, intending to someday recreate the chase on Jakku, substituting the Millennium Falcon for a Gundam.

Simply put, the First Order TIE Fighter is not simply a recolour of the original TIE Fighter: it is an improved version of an existing design, updated to reflect the First Order's emphasis on peace through power.

Now, I shall wait for the Special Forces squadron leader for my TIEs to be released in March!

Read more »
Posted by Gunplanerd at 9:51 PM No comments: