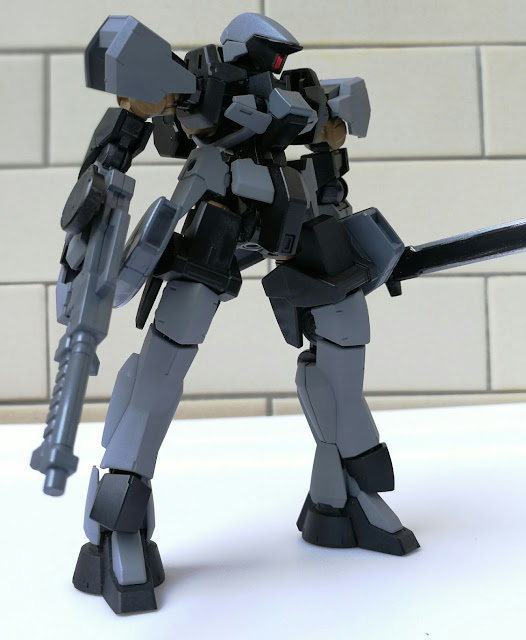 The Graze is an immensely versatile frame, having spawned so many variants over the short run of the IBO series. The Ground Type variant was just made available in the 1/144 format with the release of the IBO MS Option Set 9 which contained the flat ground-type feet, and this is great news for 1/144 collectors (me).
Read more »
Posted by Gunplanerd at 9:18 PM No comments: 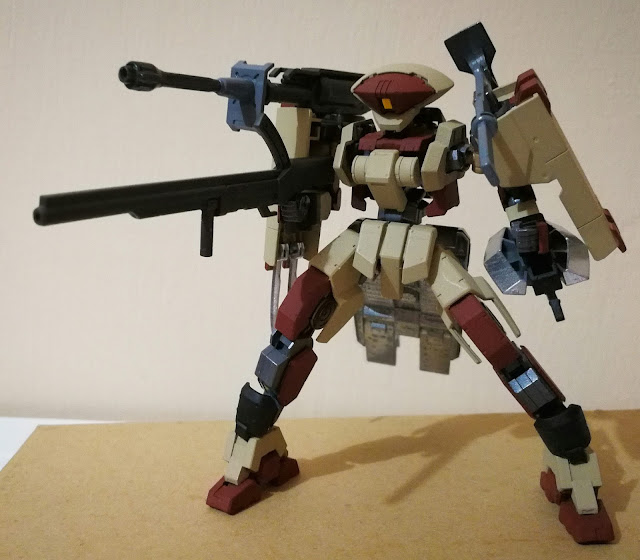 Galan Mossa's Geirail managed to kick some ass during the short period of time it was on-screen, but it was the Geirail Scharfrichters in the background that proved intriguing. With their saucer-heads, Zaku-style shoulder shields and khaki paint scheme, the Scharfrichters drew more attention than their green-blue leader, and having a name like Scharfrichter (German for Executioner) doesn't reduce its badassery.
Read more »
Posted by Gunplanerd at 8:49 PM No comments: 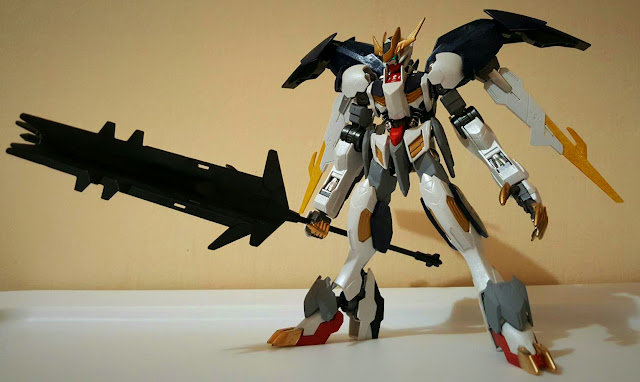 Wings.
Read more »
Posted by Gunplanerd at 6:05 PM No comments: 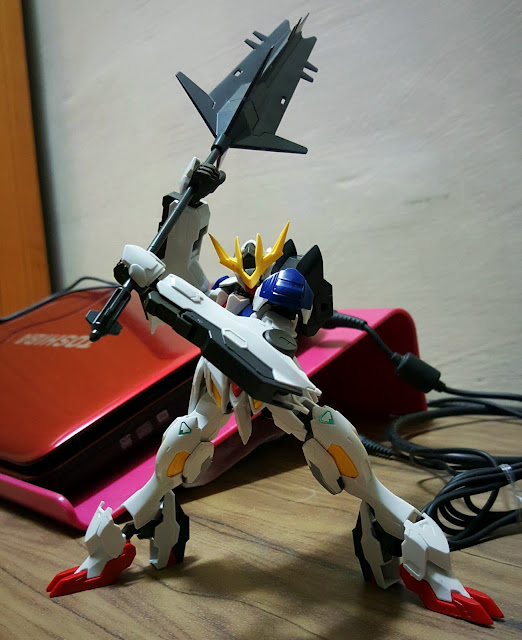 I decided to snap up one of my Lupus Rexes to test the articulation and some modification ideas, having acquired a second one in order to appropriate the tail-blade. I didn't expect much from the 8th (or it is 9th) iteration of the Gundam Barbatos, especially with the more beastial look, but snapping this up showed me that IBO kits still have lots to offer, even in the HG 1/144 format.
Read more »
Posted by Gunplanerd at 1:49 AM No comments: 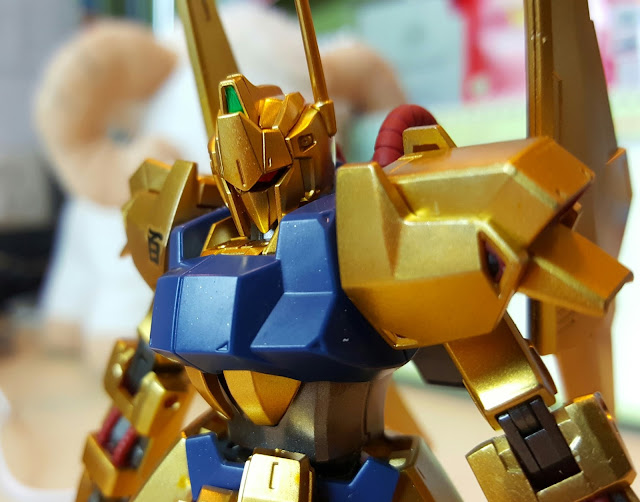 The Hyaku-Shiki is a timeless kit, with a classic design that transcends time, series and model kit range. The latest iteration of the Hyaku-Shiki - coincidentally also Bandai's 200th HGUC model kit - updates the venerable golden mobile suit with modern Gunpla technology, features, gimmicks and ease of assembly.
Read more »
Posted by Gunplanerd at 1:33 AM No comments: