Gunpla model kits come in a wide variety of sizes, complexity and level of detail to suit the varying needs of hobbyists. There are the mini-size collectibles to the huge display sets that tower over smaller Grades like the RX-0 Unicorn Gundam against the NZ-999 Neo Zeong.

This page will detail the main Grades available, which will apply to all kits regardless of brand or manufacturer. 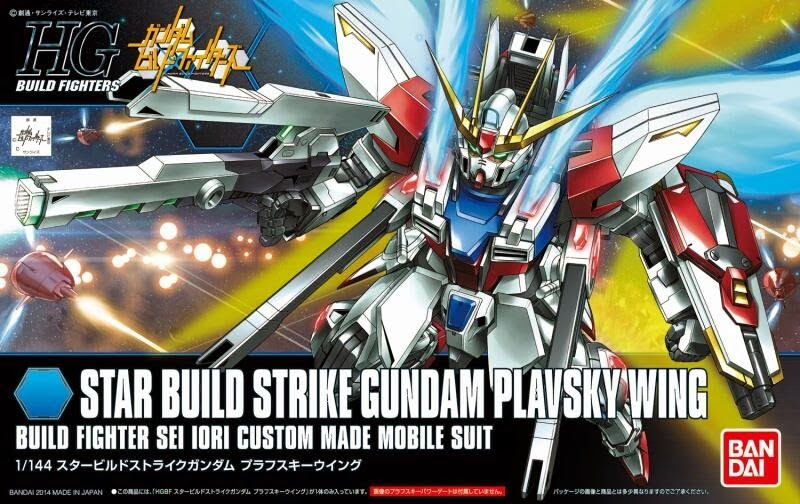 The most common Grade of Gunpla, HG kits form the bulk of all model kits available, with most animated series having offerings of at least the protagonist mobile suits in HG. This grade of kits feature easy snap-fit construction, decent intrinsic detailing on parts (which is rapidly improving with technology), foil stickers and/or realistic decals for markings and a generous complement of weapons, beam sabers molded in clear plastic as well as other spare parts. They are also able to be posed well, sometimes better than their higher grade counterparts due to the lessened weight and mass.

HG kits look fairly decent when assembled straight from the box, but can use touch-ups and modificaitons to further enhance their overall look. HGs also have the most accessories, add-ons and third party enhancements of any other Grade, owing to their simplicity and size. Bandai has launched the HG All Gundam Project with the release of the Gundam Build Fighters animated series, which aims to roll out all protagonist Gundams across all series in the HG scale. In addition, all HGs from HGBF onwards will feature a common format: same polycaps for the essential joints of any kit. This is overtly to promote kitbashing and personalised customisation, a practice that is further exacerbated with the release of the HG Booster kits which provide modelers with even more options for their own creations.

HG kits number in the hundreds, with specific suffixes denoting the series it stems from. For example, the HGUC (High Grade Universal Century) features kits from the One Year War and beyond, while the new HGCE (High Grade Cosmic Era) series features mobile suits from Gundam Seed and Gundam Seed Destiny.

HG models come in either the 1/144 proportions (most common) or the 1/100 ones (found in the SEED, OO, F91 series). HG boxes are usually landscape, with exceptions being the 1/100 scale models with portrait-style boxes. 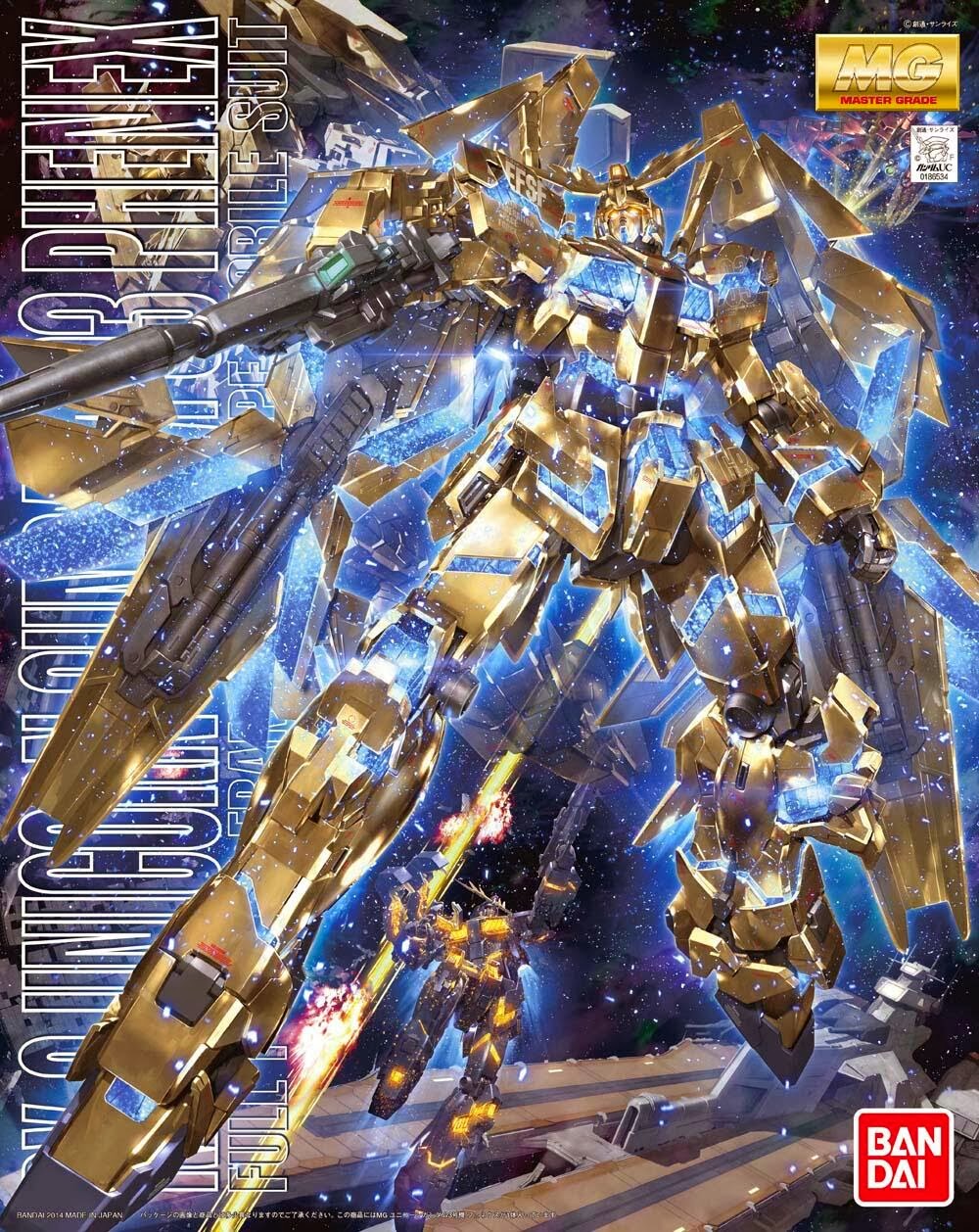 The next level is the Master Grade kit, offered only in 1/100 proportions. The defining feature for MG kits is the inner frame technology that acts as the skeleton for the entire kit. This makes construction more complex, but also more satisfying as armor components are placed onto the kit as you would in real life.

The quality of plastic used here is also better, resulting in a better-looking finished product that looks great without further modification. However, the movable fingers of MG hands are a double-edged sword: on the one hand, it provides realism to the kit, on the other, weapons tend to fall off more easily than HG kits. Seemingly to address this problem, Bandai has released pre-molded trigger hands with the more recent releases of MG kits, allowing the mobile suits to hold their weapons and strike more fluid poses. Also, the multiple armor components pose some issue when executing more complex stances as parts tend to fall off if pushed too much in a certain way.

MG kits also come in a Ver. Ka variant, with redesigns by famed mecha designer Hajime Katoki. These retooled MGs reflect a more grounded and practical view of mecha design, more realistically attuned to how mobile suits are supposed to be if they are development in real life. Ver Ka. kits usually sport white minimalist boxes with a CGI-ed picture of the mobile kit printed, along with its name and other miscellaneous information. Usually more expensive that their normal HG contemporaries, Ver Ka. kits come with a buttload of water decals, and finished models can go for thousands of dollars, as evidenced by a heavily modified RX-93 Nu Gundam Ver. Ka. by famed modeler Amethyst which sold for a whopping $10,000.

Most MG boxes are set in portrait, although some have been been in landscape formats. 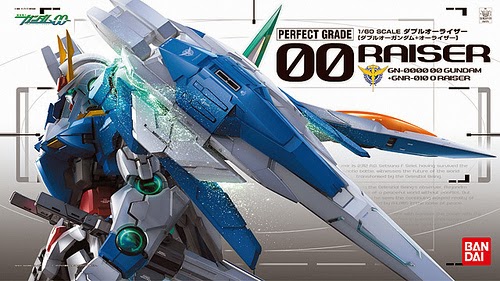 The pinnacle of Bandai model kit technology, PG kits come only in the big 1/60 scale. These are massive sets that boast huge packaging boxes, hundreds of parts and plenty of stickers/decals for markings to add on to already impressively-detailed parts.

PG sets are also some of the most expensive model kits around, with each set costing about S$100~S$400. The quality of plastic used is much higher than any other other Grade, and certain kits come with metal components, wirings for LEDs as well as other construction gimmicks.

PGs also come with a wide range of goodies (to justify the exorbitant price). The PG OO Raiser comes with missile pods for the O Raiser, and the PG Astray Red Frame comes with a Gerbera Straight katana crafted in metal. Most PGs also include display stands and action bases, some of which are customised to the mobile suit.

PGs are not for the impatient: building can take a few days, with high part counts for each component of the kit. 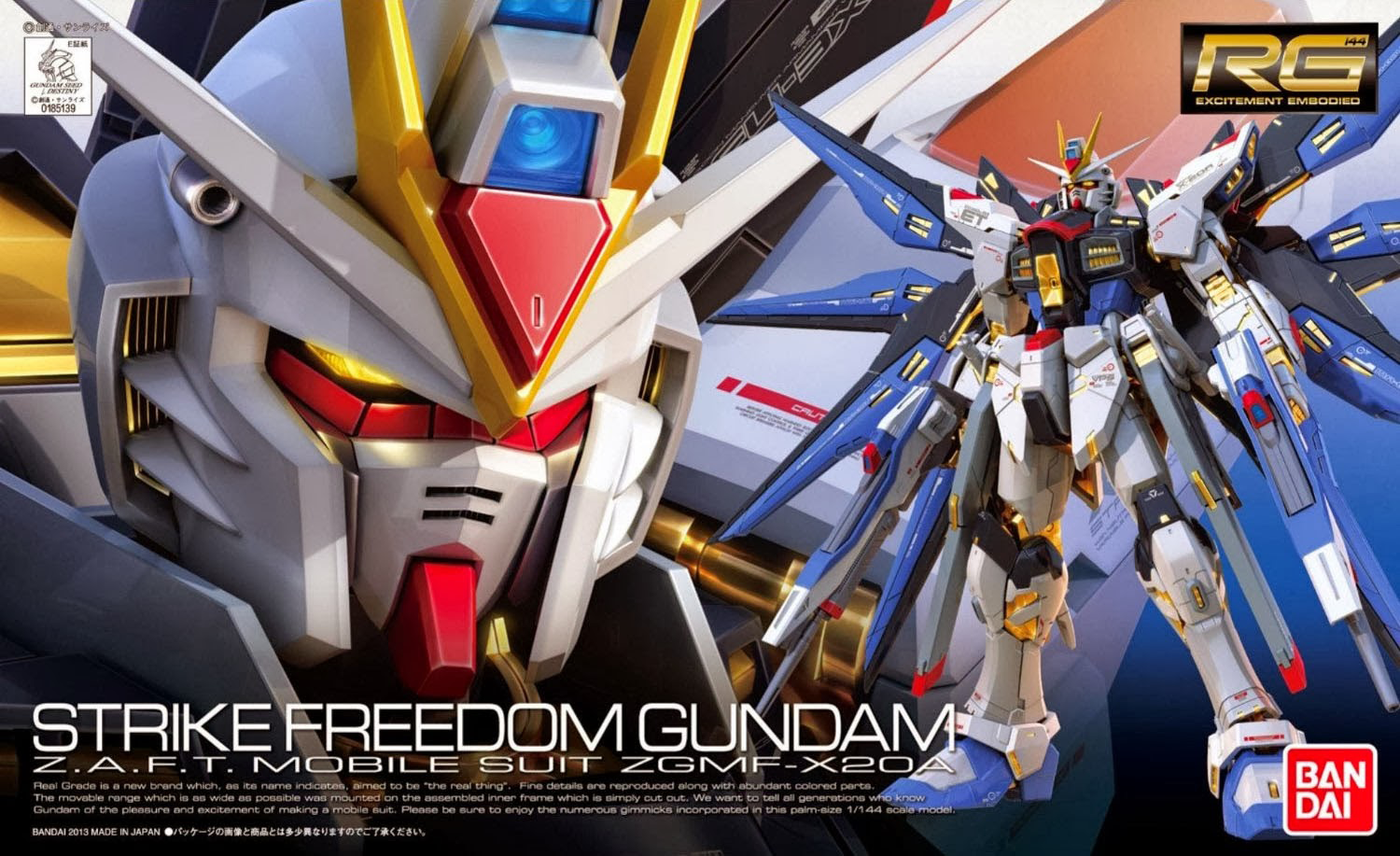 Considered the amalgamation of all the above Grades, RG kits boast the affordability and easy-to-collect size of a HG, the poseability and inner frame design of a MG as well as the part count and detailing of a PG. The quality of plastic used in a RG is somewhere in between a HG and a MG, with a distinct glossier finish and a sturdier build over HG plastic. The parts also possess a ridiculous amount of detail, comparable to PGs.

RGs take more time and effort to assemble simply because of their MG-esque complexity. Case in point: the head of a RG Aile Strike Gundam consists of 14 individual pieces, with the vulcans manifested via a grey, inner-head unit and not molded as part of the front half of the "helmet". For comparison, HG heads are usually completed with around six parts or lesser. RG weapons are also not simple two-piece affairs, they usually require the individual components of the weapon to be assembled and then combined (barrel, stock, receiver, scope, magazine, etc).

Colour separation is also achieved primarily through colour-molded components and parts, not through stickers a la HGs (although the notorious eye-sticker sticker is still alive and well).

Focused primarily on the main Gundams of each series (with exceptions of course), RG kits update aging designs before rolling them out in this format, complete with realistic decals that add even more detail to the kit. Water decals are also available for all RG kits, but the size of the kit itself makes decal application a stark challenge.

RG kits possess the widest range of motion with each joint due to Advanced MS Joint technology, with inner frame parts molded onto a single runner for ease of construction.

Currently, there are 16 RG kits (not counting recolours), with the latest kit-of-the-line being the GN-001 Gundam EXIA that features chrome-plated blades, taking after the precedent set by the gold-plated wings of the Strike Freedom. RG boxes are always set in landscape.