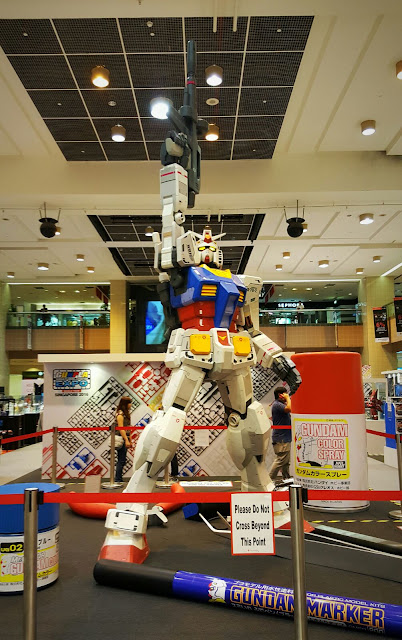 An annual occurrence for Singapore builders and Gunpla enthusiasts, this year's Gunpla Expo takes place a little earlier, from 1 June 2016 to 26 June 2016 at B2, Event Square, Takashimaya Shopping Cemtre. As with all Gunpla Expos, there is plenty to see and plenty to buy, including Expo limited edition kits as well as regular releases with substantial discounts.

Of course, you can view the outstanding works of local modellers on display during the GBWC 2016 Finals, and Singapore's representative to the Finals will be crowned on 26 June 2016.

For the families, with every $30 spent, you can redeem a Petitgguy Stamp Card. Go around Takashimaya Department Store and look for the Petitgguy booths and complete four stamps to get a cute ezlink card sticker!

Click the jump to view more images of Gunpla Expo 2016!
Read more »
Posted by Gunplanerd at 11:15 PM No comments: 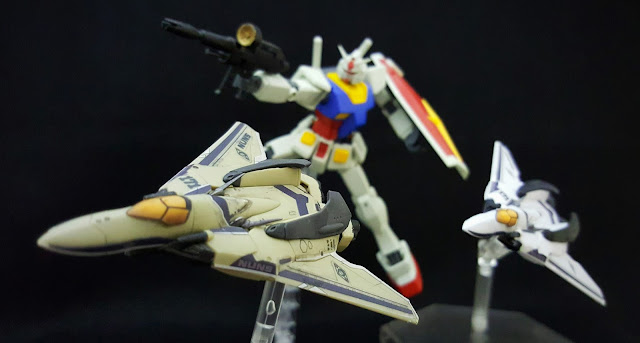 Macross Delta is the latest series in another one of Bandai's long-running space opera mecha space fantasies. Full of intense dogfights and aerial acrobatics, the Macross series always boasted exceptional mechanical designs, especially in their planes and capital ships that mirror real-world designs.

As opposed to the high-performance prototype, one-of-the-kind protagonist machine that our hero(es) always use - in Delta's case, it's the VF-31 Siegfried - I always prefer the mass produced, grunt-level machines that are deployed en masse. Although there are many models of cannon fodder used throughout the Macross universe, the VF-171 Nightmare Plus doesn't really fall into cannon fodder territory, although its portrayal in Delta seems to indicate otherwise.

Back in Macross Frontier, the VF-171 Nightmare Plus was a top-of-the-line mass produced unit of the NUNS Forces, the main combatant and line of defense against the looming Varja threat. Bristling with anti-Varja weaponry, the standard Nightmare Plus was able to hold its own against the far superior Varja forces, albeit with specialised EX part modifications. Nevertheless, it wasn't your usual GM that explodes when pierced with a pin; it is a sophisticated, well-built machine that can be downright lethal in the right hands.

As if to prove that point, Macross Frontier protagonist Alto Saotome piloted a custom Nightmare Plus in the final battle as his Messiah was on the Macross Quarter that was off to do some investigation on the Macross Galaxy (long story). Alto would pilot the Nightmare Plus to deadly effect, nailing wave after wave of Varja forces while being powered by Sheryl Nome's song, only getting shot down in the name of plot after a huge Ranka Lee hologram appeared and messed with his head (another long story).

We can only hope.

But right now, enjoy these little Nightmares, one in the Outer Rim Colonies Model colours and the other in NUNS standard colours!
Read more »
Posted by Gunplanerd at 8:01 PM No comments: 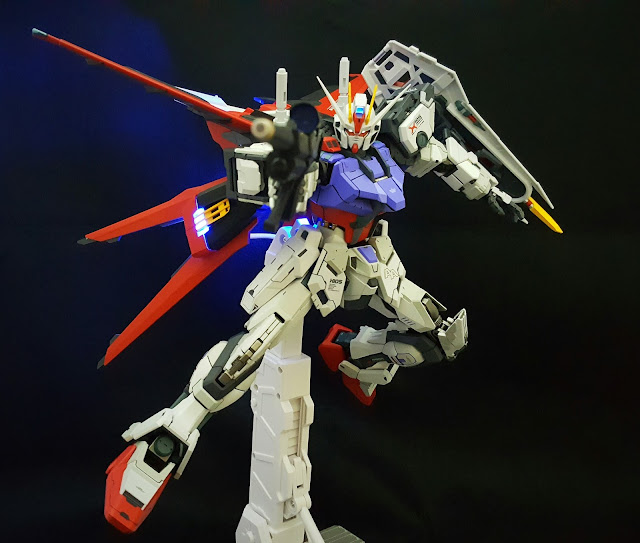 And man, what a glorious Aile Strike Gundam it is.

For a third party creation, Mo Show's first foray into the high-end metal-composite toy market is impressive, amazing and will give Bandai a run for its money if it could match the Japanese company's output and economies of scale. Nevertheless, it is still a very remarkable product, chock full of gimmicks and finished with a level of quality that is nearly indistinguishable from the original brand's.

Mo Show is definitely one to look out for.

Read more »
Posted by Gunplanerd at 7:28 PM No comments: 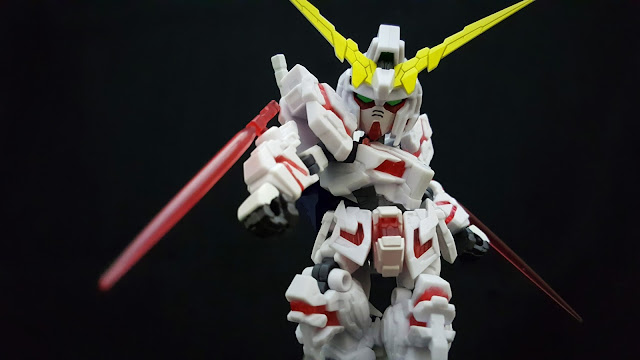 Read more »
Posted by Gunplanerd at 5:51 PM No comments: 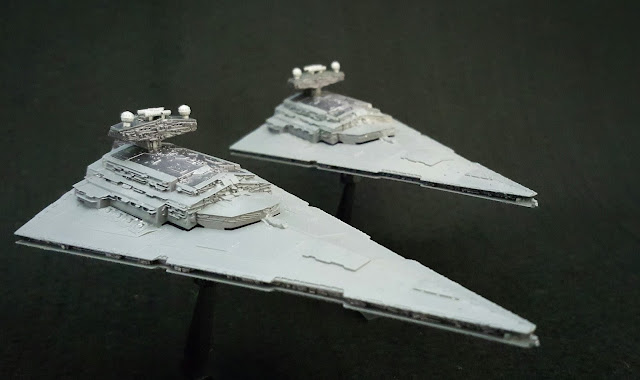 Bandai has been doing a great job with their Star Wars model kit releases, with the ships and humanoids all created with the level of precision we've come to expect.As a separate line from the main Star Wars model kits, the Vehicle Model series will only contain vehicles from the Star Wars universe, in a somewhat tiny scale.

That's not to say that it's just a simple piece of plastic. Bandai's engineering game is still strong here, with the small parts littered with copious amounts of detail, becoming a panel liner's wet dream.

The base colour of white leaves a lot to be desired, so I opted for a more militaristic colour of greys, black and gunmetal, along with golden thrusters. The new colour scheme serves to cement the Star Destroyer's reputation in the Star Wars universe.

Overall, the Star Destroyer is a fun build, if only a tad small.

Read more »
Posted by Gunplanerd at 8:33 PM No comments:

We are living in good times.