Posing your model kits is another important aspect of your modeling career (pun intended). A good pose brings your Gunpla to life like a makeshift Plasky particle,whilst a weak pose will make your mobile suit look handicapped, mechanically-challenged, or both. Therefore, as important as it is to build and detail your kits, those will amount to almost nothing if you cannot showcase your kits best bits and immortalise it through a kickass pose (see above).

I'll be honest here: there is no one-hit wonder or a failproof plan for you to become a poser overnight. Learning to pose kits right take a long time, multiple failures, endless frustration, a few broken joints (hopefully your kits' joints and not your organic ones) and perhaps a damaged kit or two. However, once you've gotten the hang of it, you will notice that you will take lesser time to achieve that pose you want, so patience is key.

On this page, I will give you - or rather attempt to give you - a handy, casual guide to getting your Gunpla to stand the way you want them too. 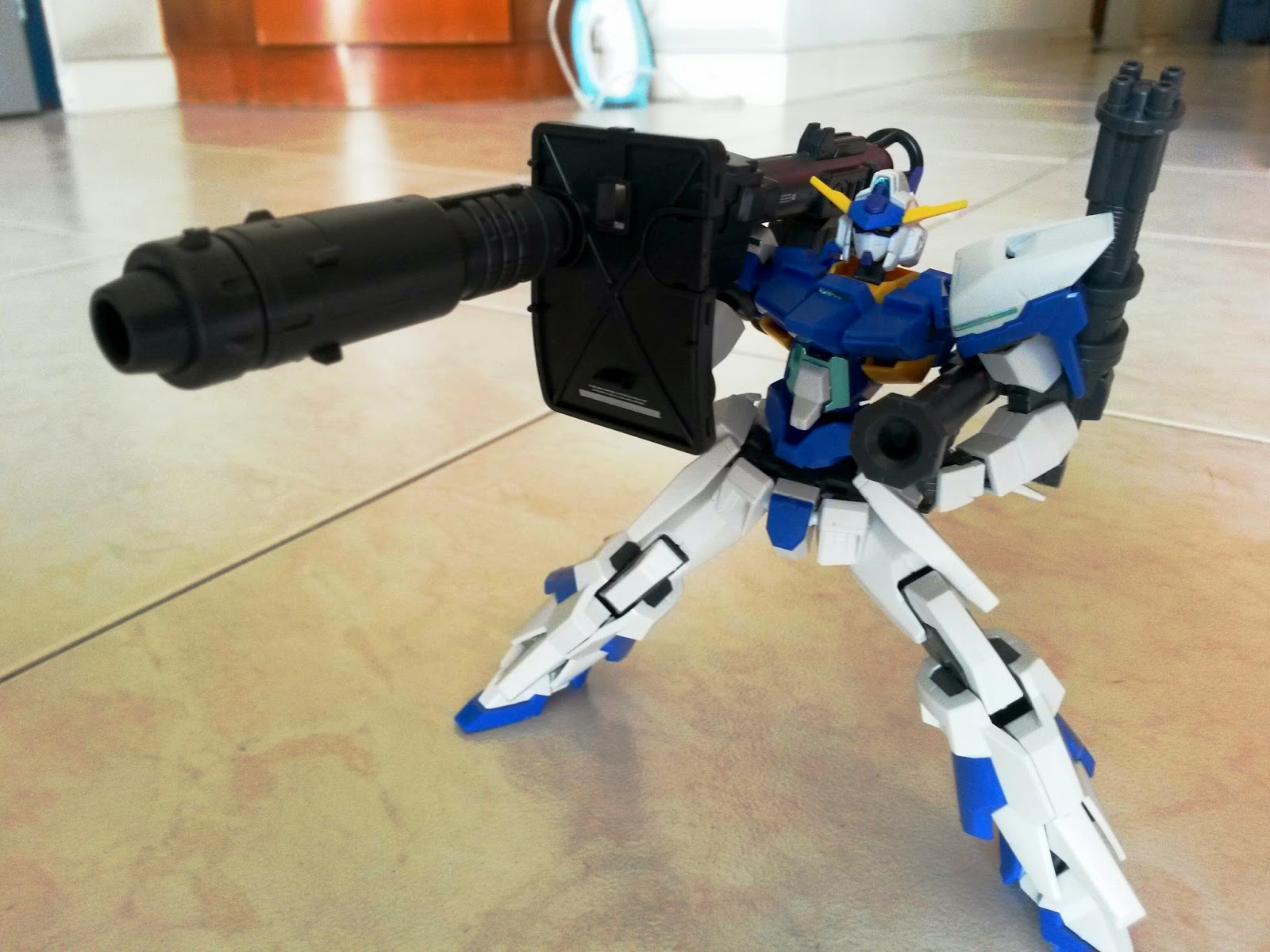 Decisions are hard to make, there are so many factors that can affect the outcome of that decision. Yet, it is the first and most crucial step of the posing process. First of all, decide on which Gunpla you are going to pose today, and then what you want to do with it.

Do you want your kit to:
Once you have decided on the above, go into the details. For example, beam rifles come in an assortment of style, patterns and sizes, so choose the one that you want to use. Bear in mind that the weapons you choose will directly affect your posing options, since one-handed beam rifles are much easier to work with than hyper mega launchers that require both hands to operate. 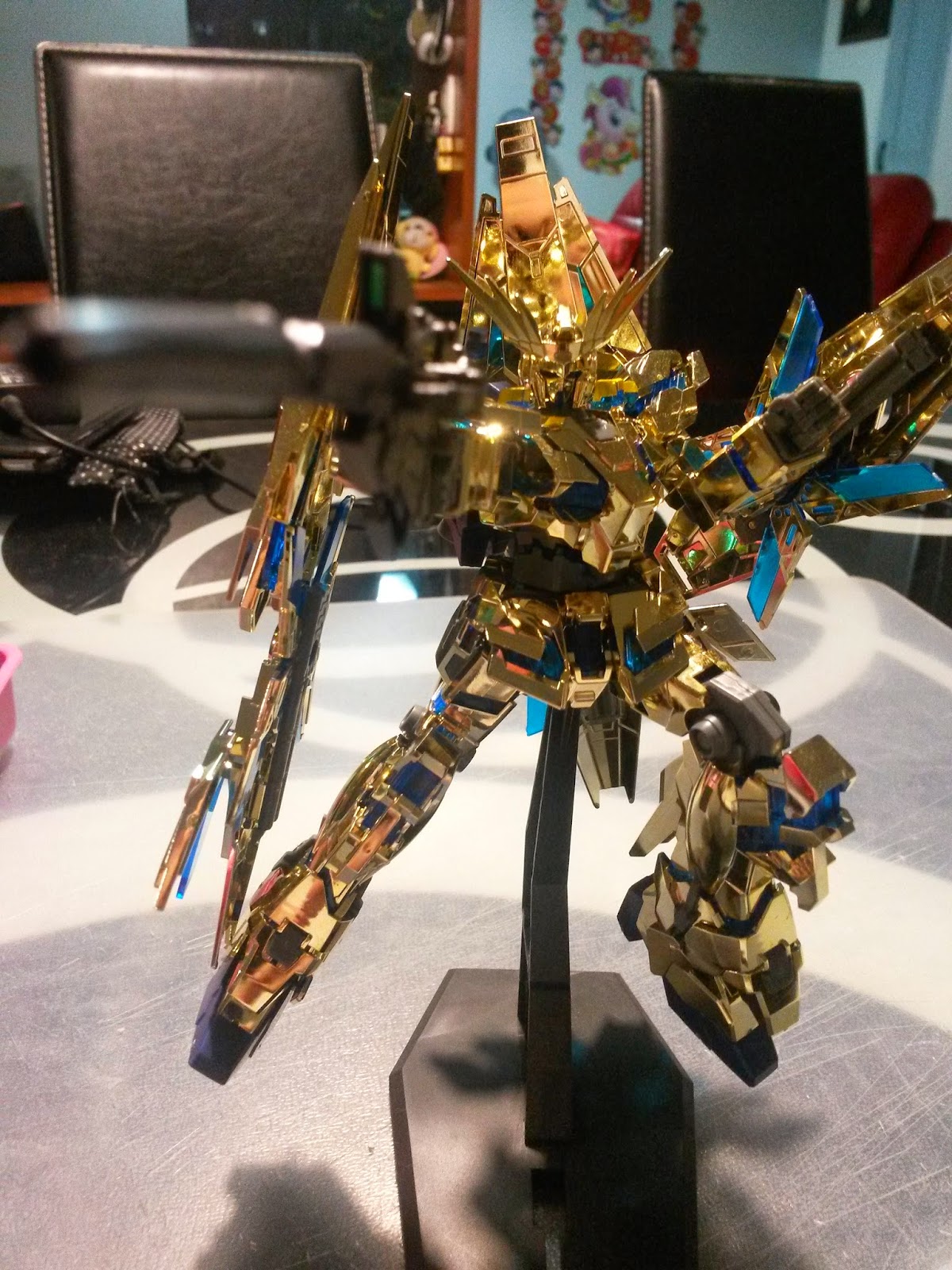 Generally, it is easier to achieve cool poses with the aid of an action base, an assisted stance. But more often than not, the most awesome poses are achieved while the kit is free-standing (see above). Again, your equipment choice affects the feasibility of a given pose, go play around with your supplies before moving to the next tip. Also, make sure that your Gunpla is able to reasonably manipulate the chosen weapon(s).

For this exercise, I will use the HG OO GN-000 0 Gundam with a Battle Rifle from the HG Customise Campaign. 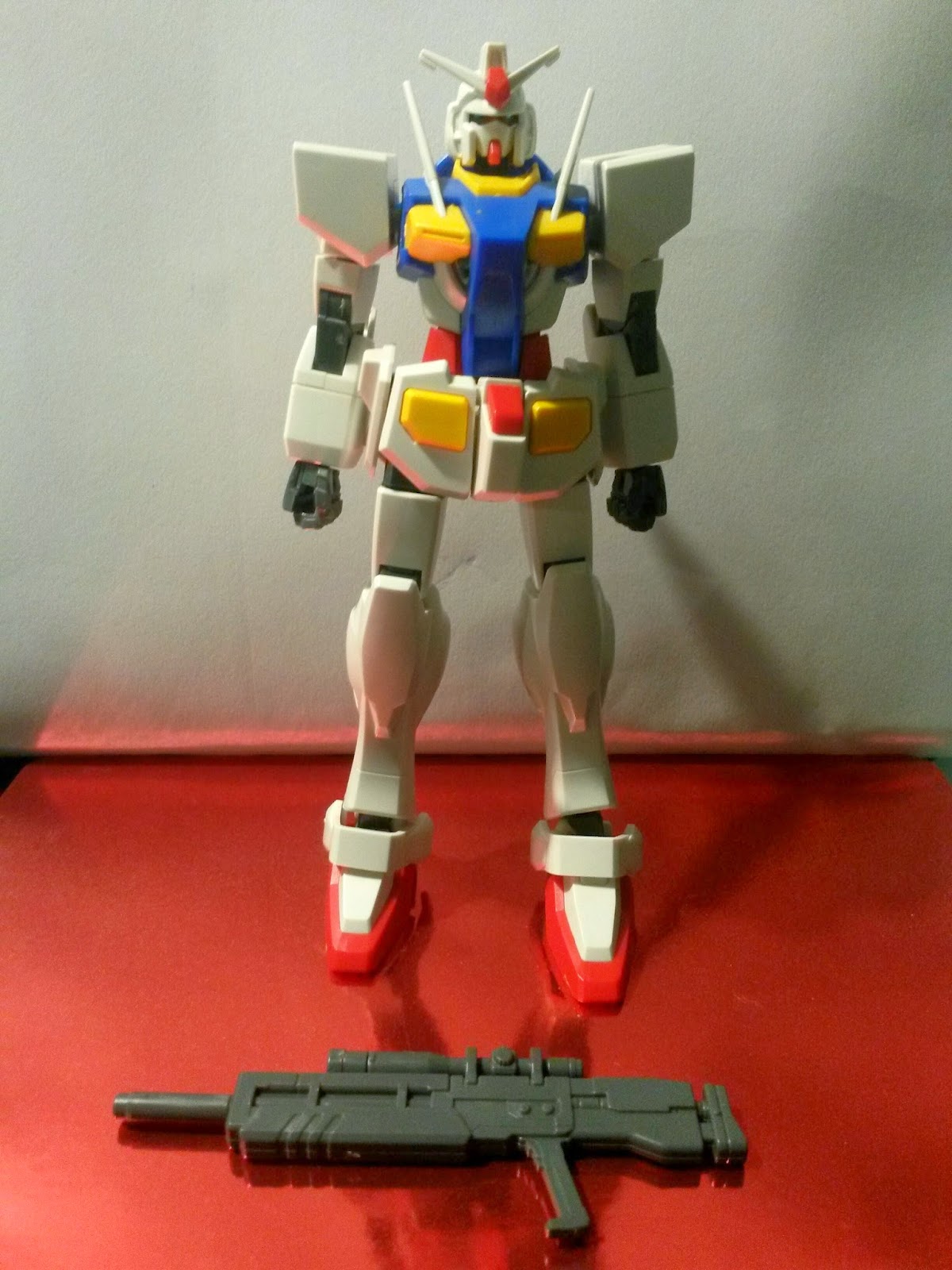 Once you have decided on the Gunpla and its equipment, do some quick research on the poses that Gunpla is able to achieve. A good start will be the box it came in along with the construction manual: both will include posed shots of the kit along with its signature moves.

Hobby magazines will also provide a wealth of inspiration and information for your knowledge and consideration.If all else fails, the Internet is an abundant source of plausible poses and ideas.

However, these will remain as guides and guides alone, for the final pose your Gunpla achieves is yours and yours alone, manipulated into that position through your own effort and time.

In addition, study your Gunpla one last time. Each kit differs in articulation, armor separation and visibility of parts, so know how your kit will look from the various angles and whether or not it can actually achieve the pose you are gunning for. Some kits have light armor and have a wide, almost human-like range of motion, like the Exia. But others, like the Virtue or Seravee, are beset in heavy, bulky armor that prevents them from making any other poses apart from their usual GN Bazooka-firing pose and the occasional all-range attack move. Also, pay attention to any weak areas that might be strained or buckle from repeated movement. These include the elbow joints, knee joints, wrist polycaps and front skirt armor.

Once you have decided on a pose, you can move on the the next step: actually posing.

For this exercise, I will have the 0 Gundam do an adaption of the generic rifle pose. 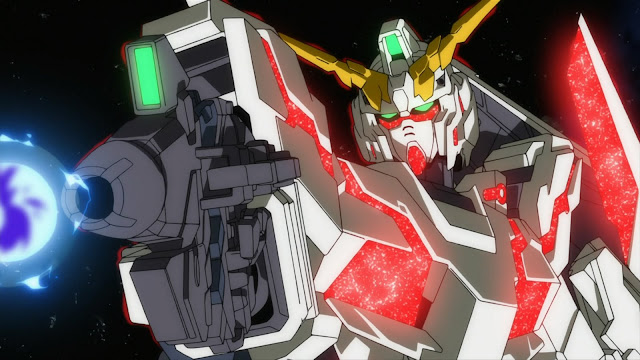 Tip #3: Visualise the pose in your head.

Without a doubt, the final portrait of your Gunpla has already been floating in your head since Tip #1. Now is the time to clearly visualise it in your head before transferring that image to your Gunpla.

This step is important: see it as the construction manual for your pose, as it will more or less guide you to move which part first before moving all others.

Typically, your poses shouldn't be too unrealistic or idealistic, they should be practical, logical and grounded. For example, you can't expect a bazooka-wielding Jesta to spread its legs, it just doesn't look right. 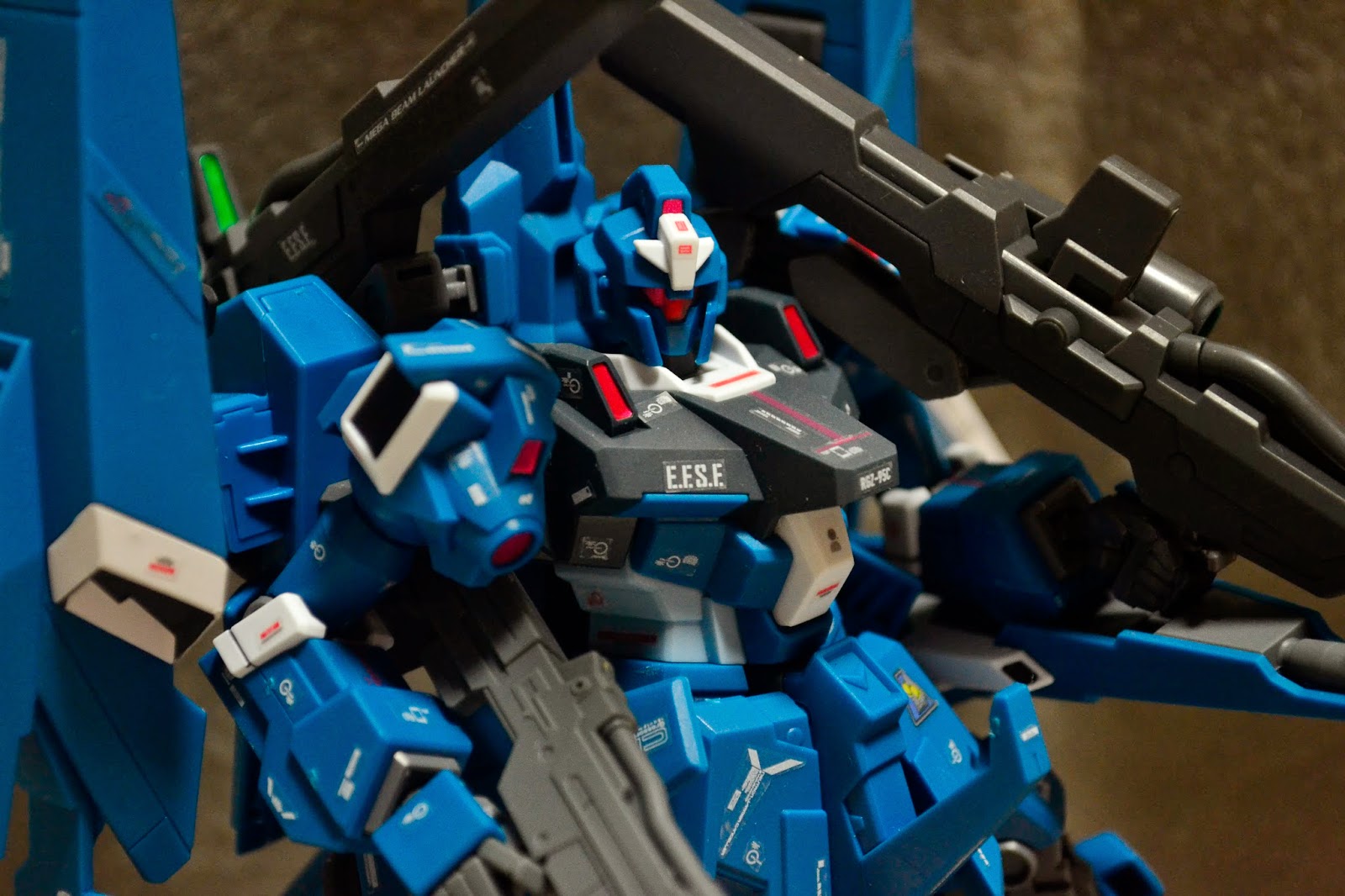 What we are going for when posing is to invoke a sense of awe in the shortest amount of time, so the kit has to be something the audience is familiar with so he/she wouldn't waste time trying to figure out what the hell the kit is trying to do.

Get down on your kit. I'm not kidding - in order to properly pose your kit, you have to see it at its level. That means going prone if it is placed on the floor or hunching yourself to properly do your kit on the table.

Now, move parts one by one until you more or less achieve the pose you want.

The usual order I go with is:
The reason for the head to be the last is due to my photography preference: I usually set the focus point to be the head, so the eyes of the kit must be able to catch light or at least remain visible.

Note that at this point, you will experience tremendous frustration trying to get the pose you want, and oftentimes you will find yourself altering the pose in order to fit the physical limitations of the Earth and your model kit. Keep going at it, take a break if you have to, but above all complete your pose. 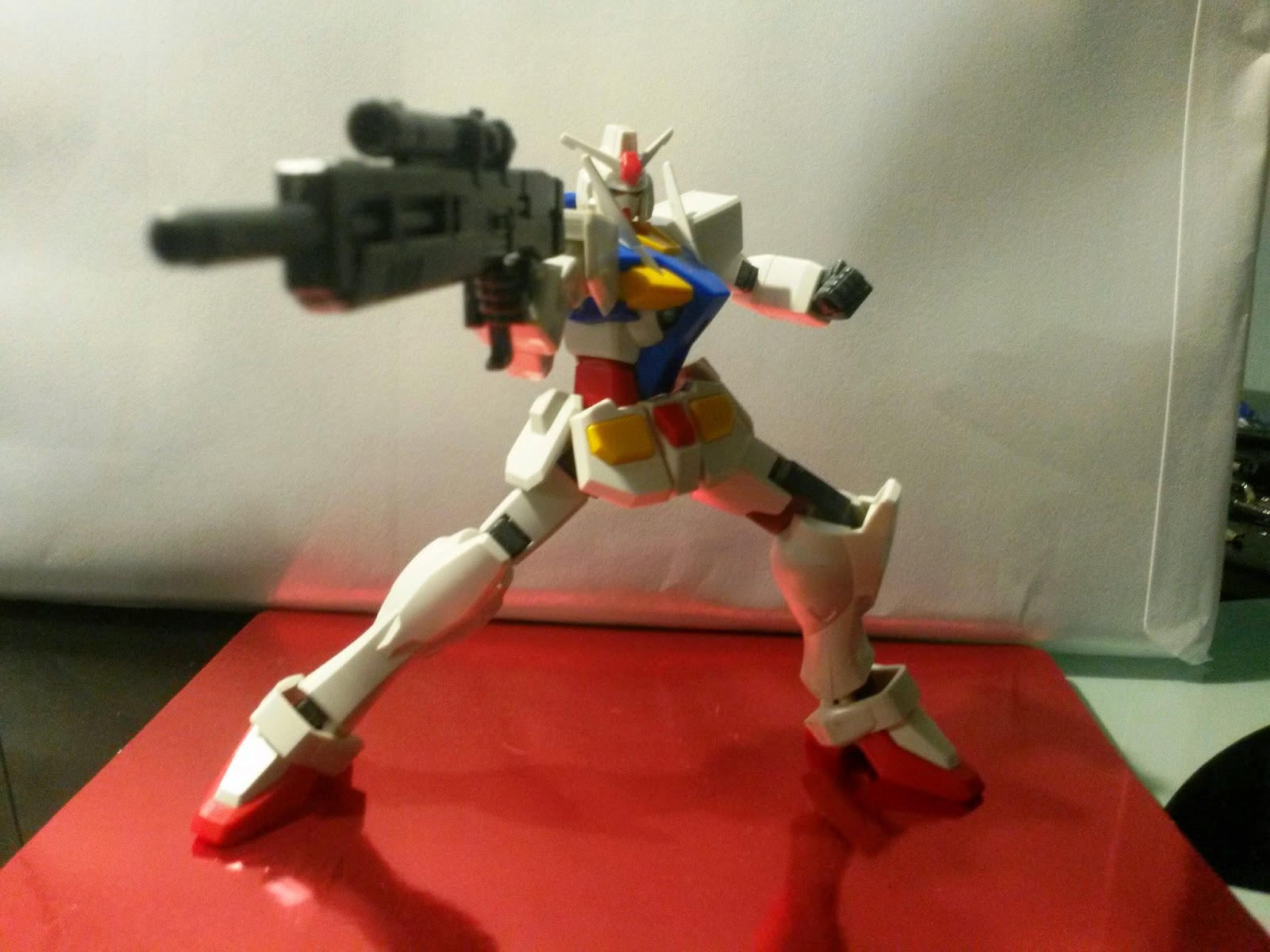 As you can see in the picture above, the 0 Gundam has more or less achieved the standard beam rifle pose, with my own unique flavour of course.

Some points to consider: 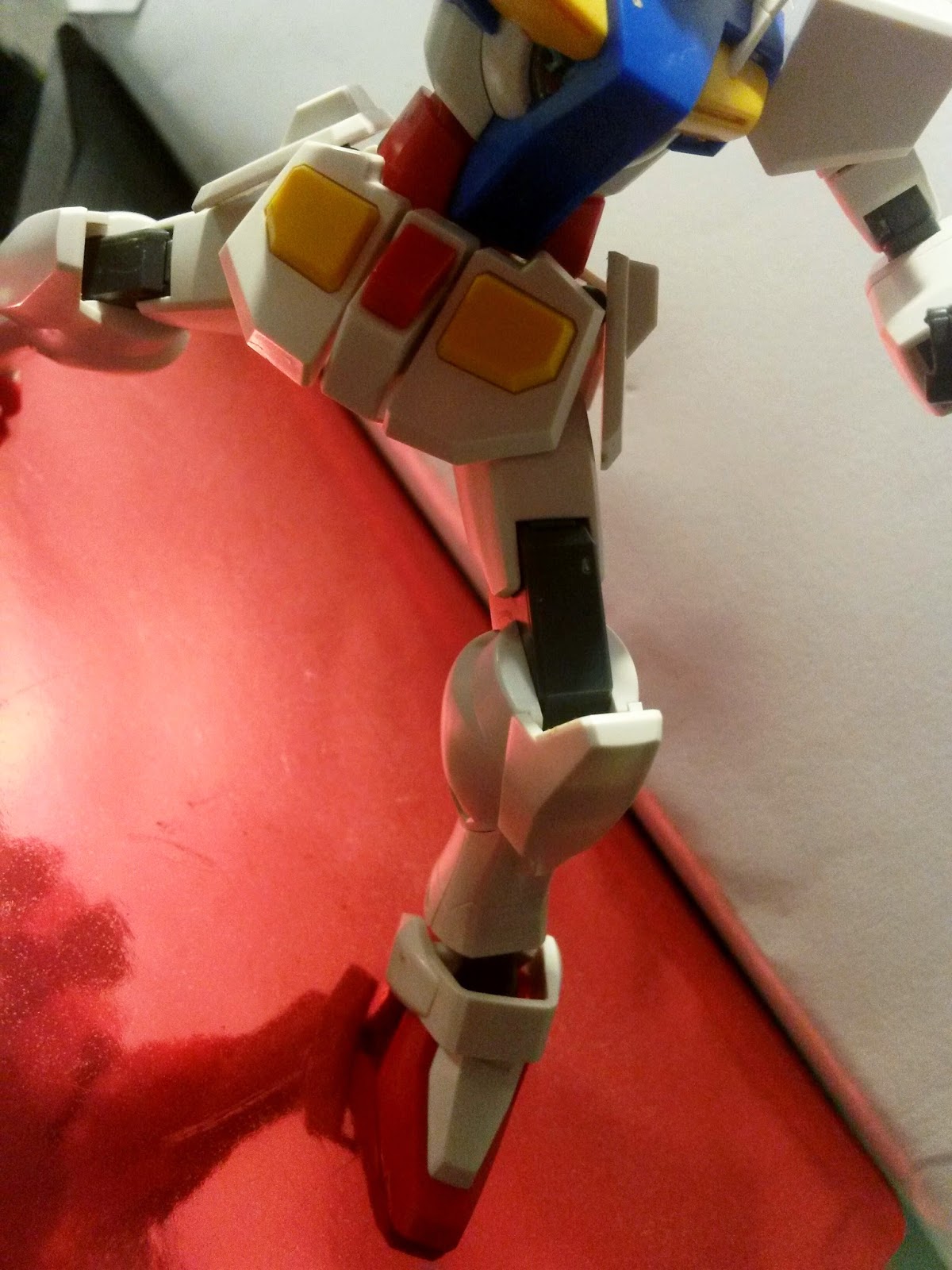 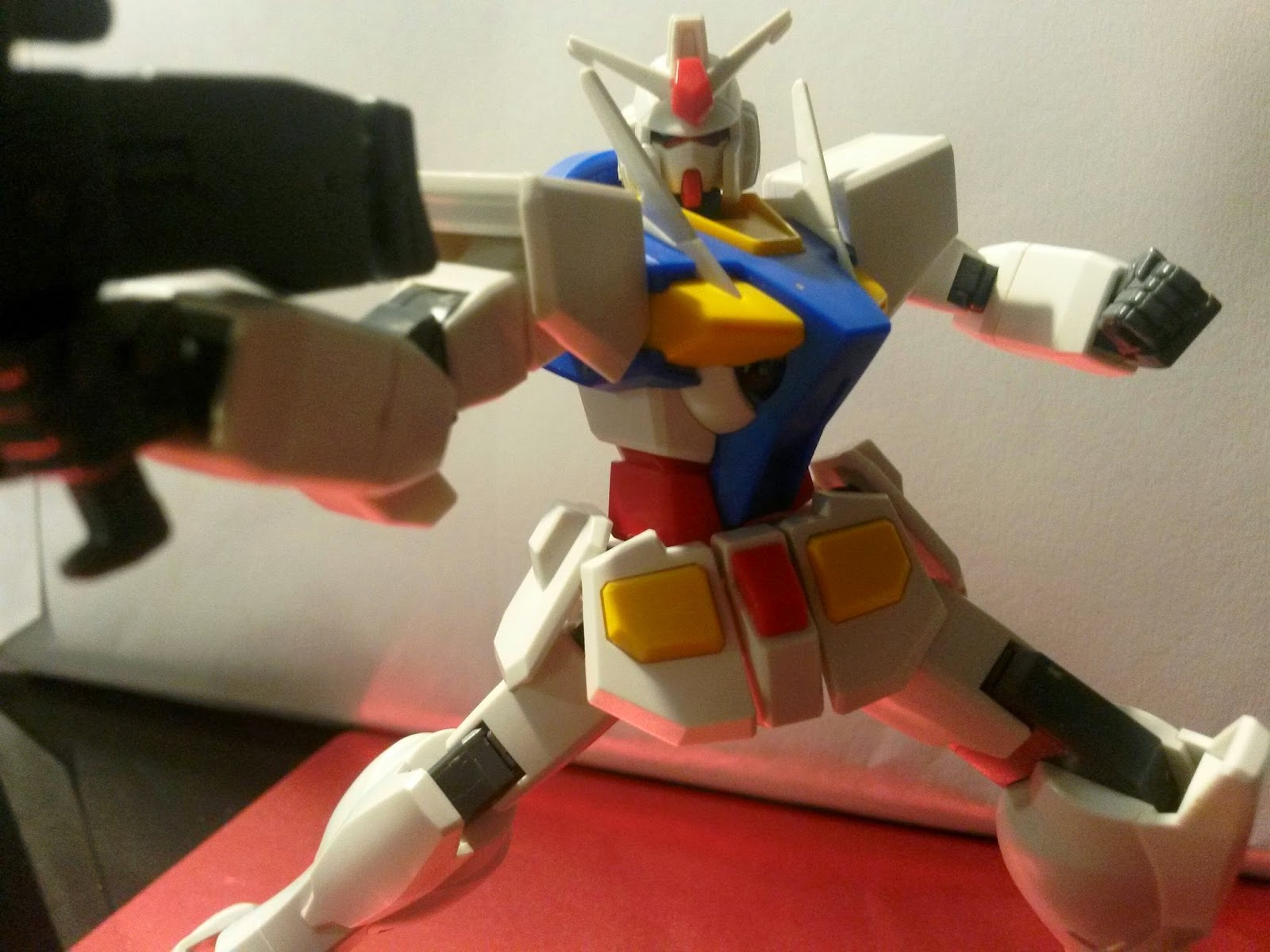 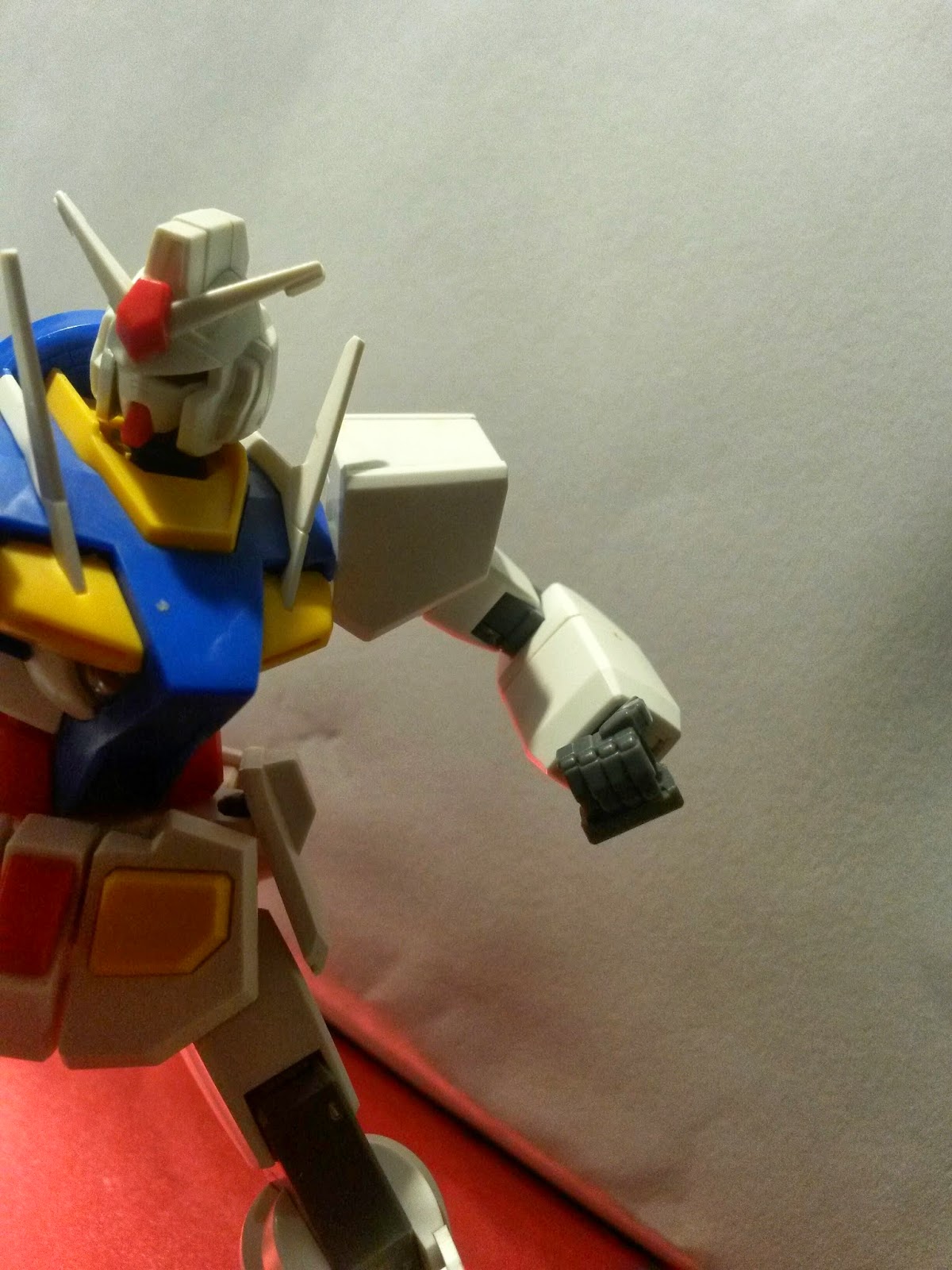 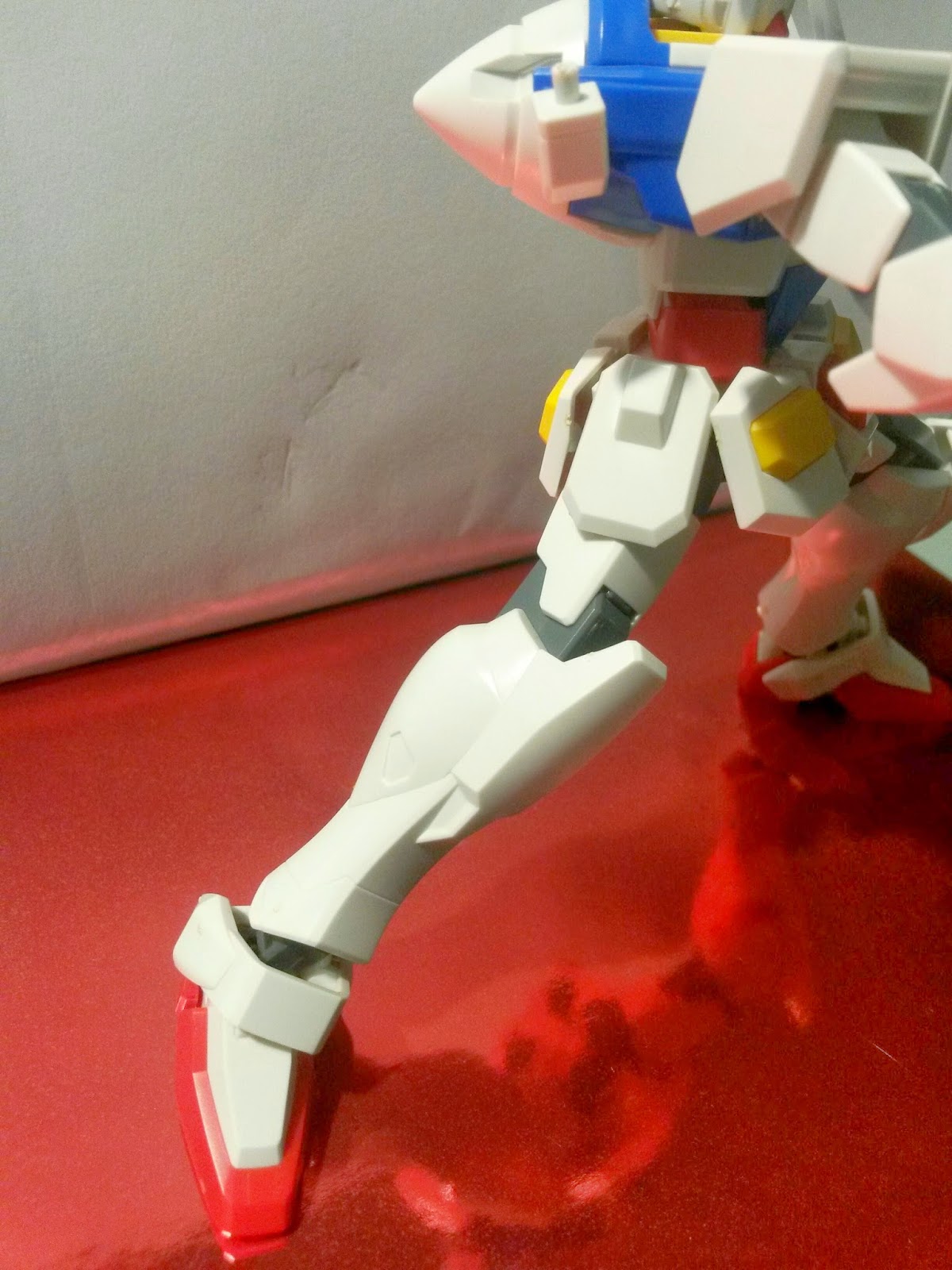 The best way to learn is to mess up and then try and try again until you succeed. There are so many ways to pose a kit, you just have to keep going at it until you get what you want.