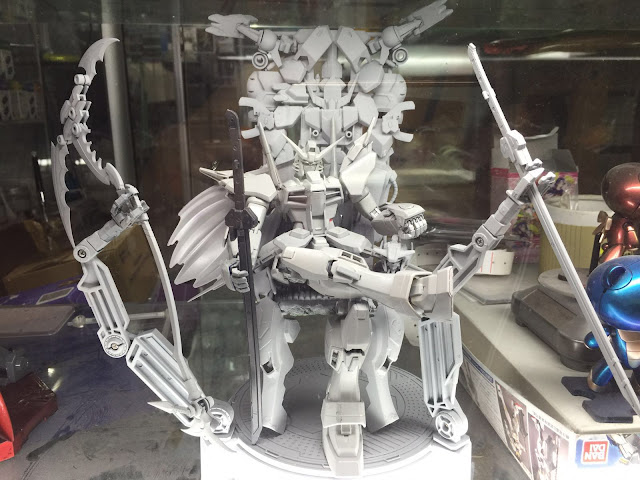 In the ever-expanding and dynamic Gunpla community, thousands of customised builds and kitbash ideas exist, limited only by the depth of the community's creativity. It is inspiring and uplifting to see the myriad of works done by fellow builders: from the crazy ones that combine parts from a hundred different kits to the sleek works that look like they are manufactured from a factory.

Therefore, a new feature of the Gunplanerd blog will be to showcase builds from the company. The zany, slick, fantastic, ridiculous - all are fair game for sharing and learning!

To kick off this new feature, here's a custom made throne made of spare parts from the 1/100 Barbatos, created by the proprietor of Sydney Hobby Shop!

If you would like to be Featured here, drop me an email at spartan1171@gmail.com with nice pictures of your build(s), along with some text describing your work(s).

For now, enjoy this Barbatos Throne!
Read more »
Posted by Gunplanerd at 7:50 PM No comments:

Email ThisBlogThis!Share to TwitterShare to FacebookShare to Pinterest
Labels: Feature 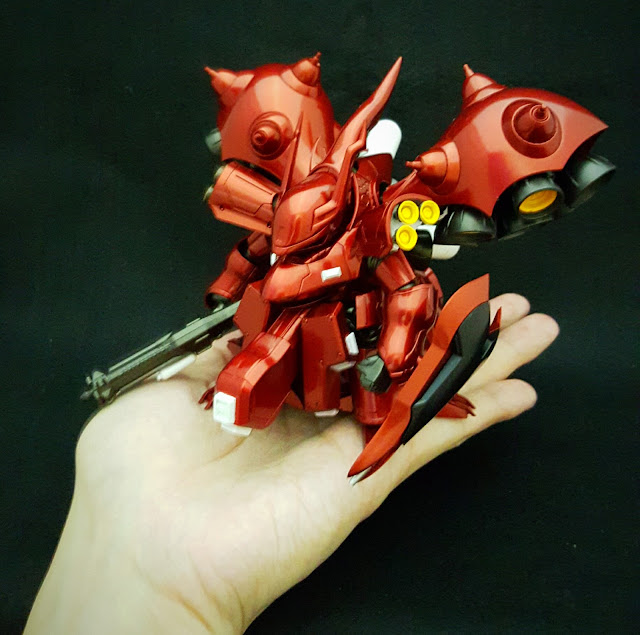 The 2016 SD Nightingale from MC Model is definitely a looker with its fabulous paintjob, just don't expect to really play with it much.
Read more »
Posted by Gunplanerd at 6:06 PM No comments: