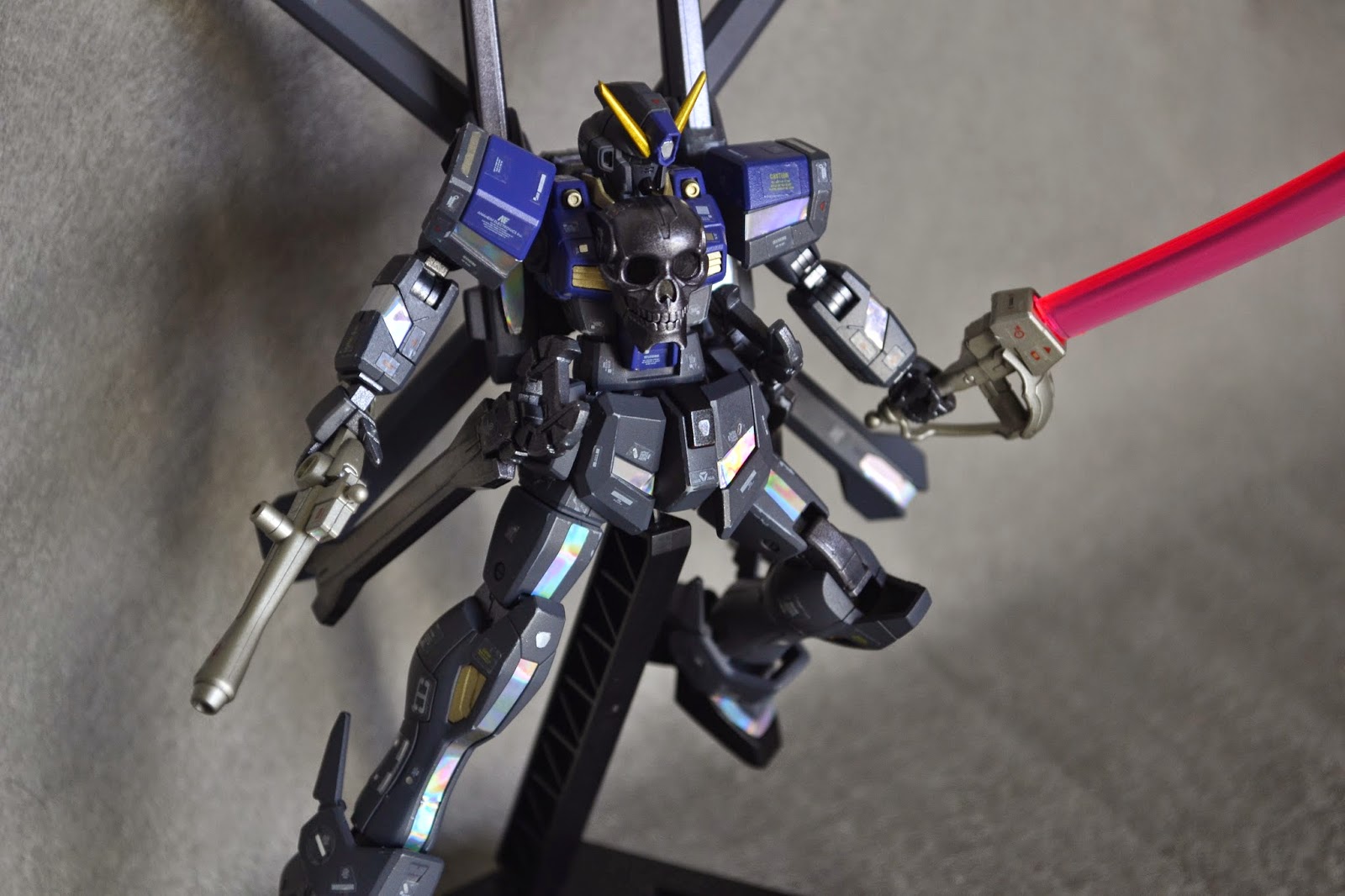 The Crossbone Gundam has always been one of my favourite mobile suit designs, with its unique aesthetic outlook, plethora of weaponry and the grace it possesses while in combat. Being one of the more creative mobile suits that bears its own individualistic character, it is no wonder that many Gunpla enthusiasts are calling for more Crossbone kits and/or an updated animated series.

So when Mao's Crossbone Gundam Maoh appeared in the anime series, I suffered what amounted to be a slight seizure. Then the HGBF kit got announced, which gave Crossbone fans everywhere another seizure. HG Crossbone kits are still in the pipeline of the HG All Gundam Project, so we just have to contend with Mao's customised version in the meantime. 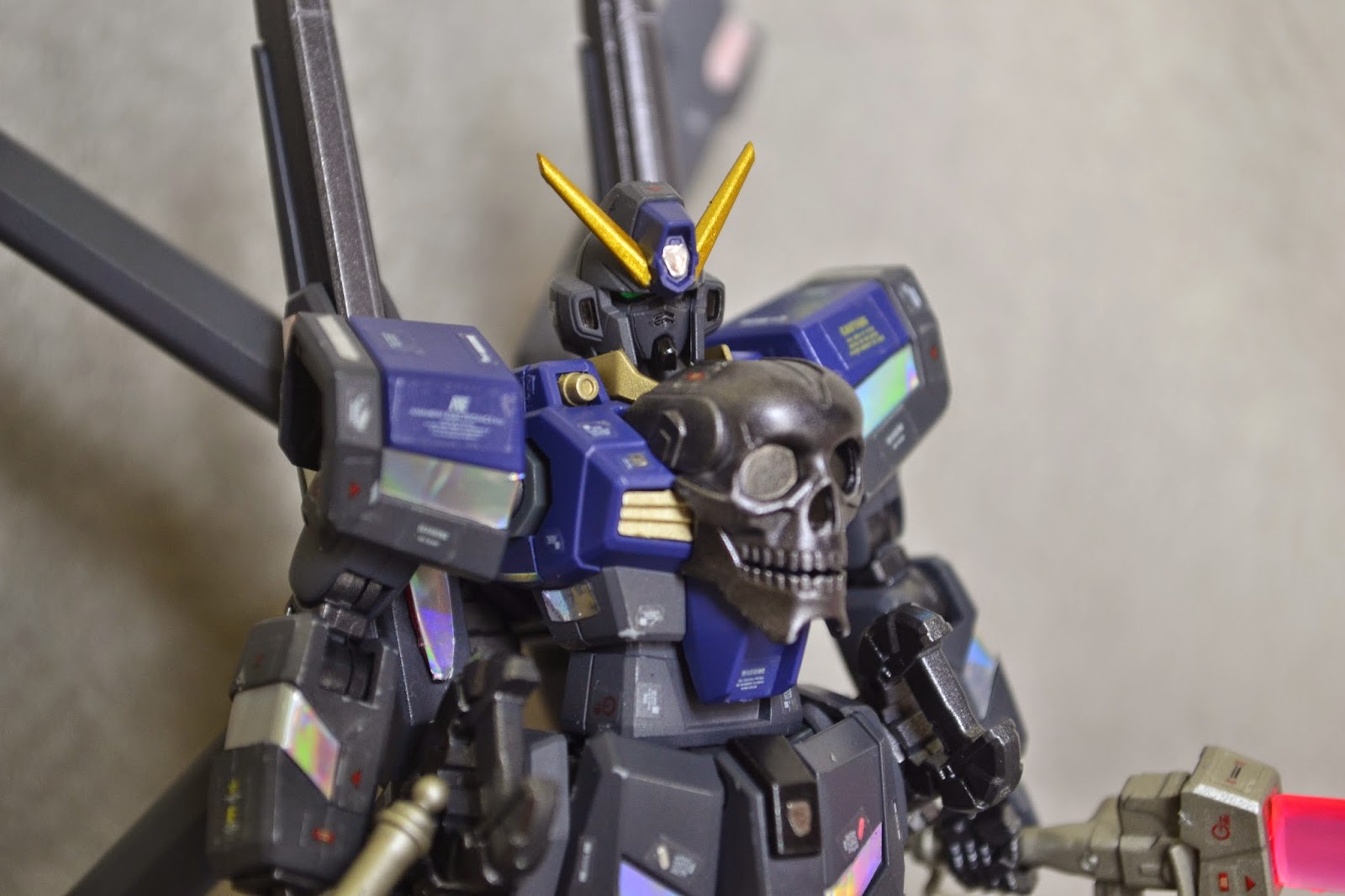 The story behind the Crossbone Maoh Aurora was simple: those satellite reflector units all over its frame are not reflective enough as seen in the anime. Also, I didn't like it with red shoes and yellow parts, thus I went for a complete recolour, attempting to combine the colour schemes of the Crossbone X-1 and X-2, but ended up with a totally different variation all together. 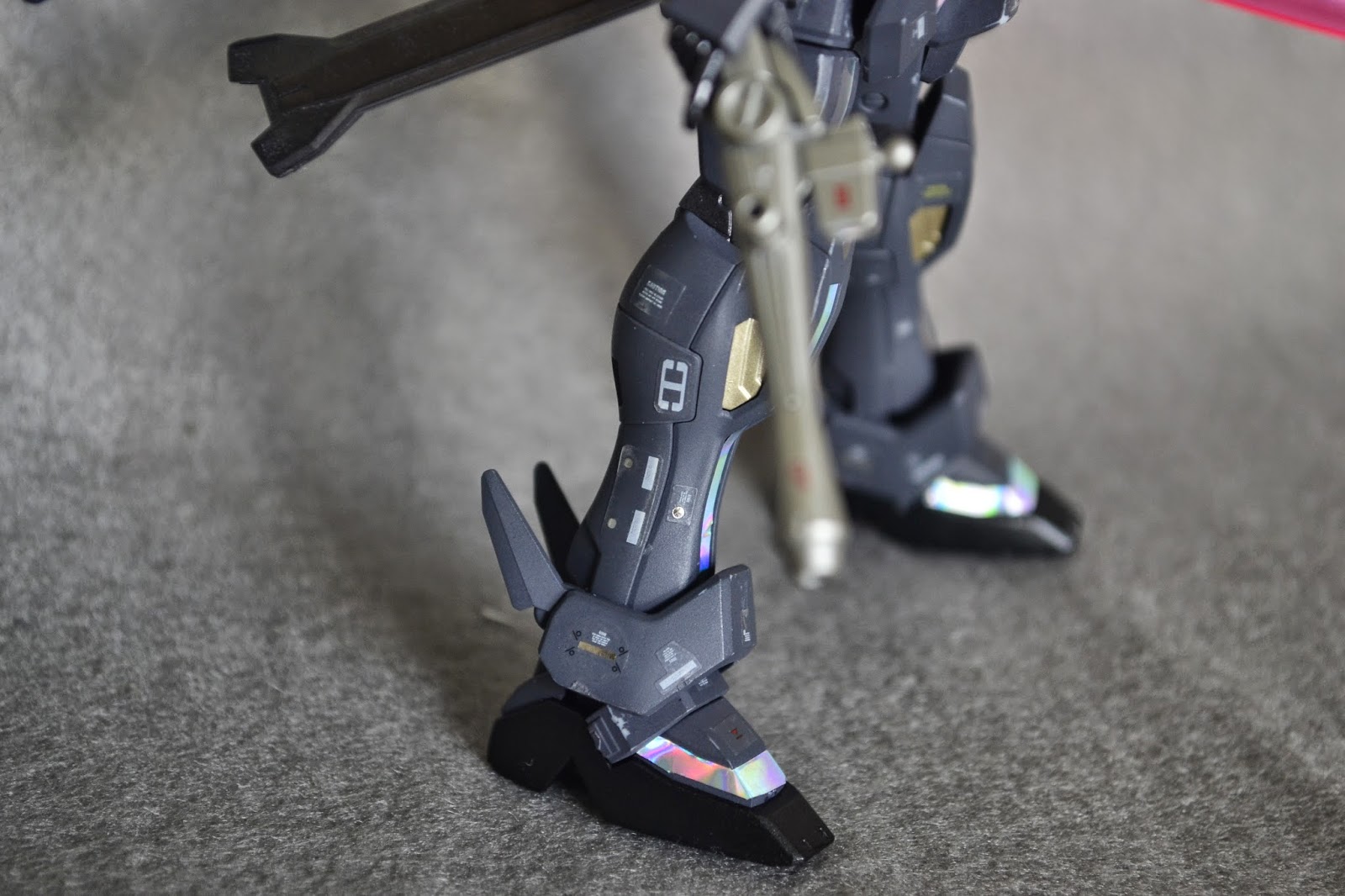 Sporting a matte coat of Gunship Grey, the Aurora still retains the dark shade of blue, but loses its stock gray to Gunmetal, the yellow to Titanium Gold and the red to Metallic Black. The new holographic satellite reflector units exude colours reminiscent of auroras, and contrasts well with the new, darker colour scheme. This gives the Aurora a more militarised look and feel, adding weight to the trademark feature of any Crossbone Gundam: its arsenal. 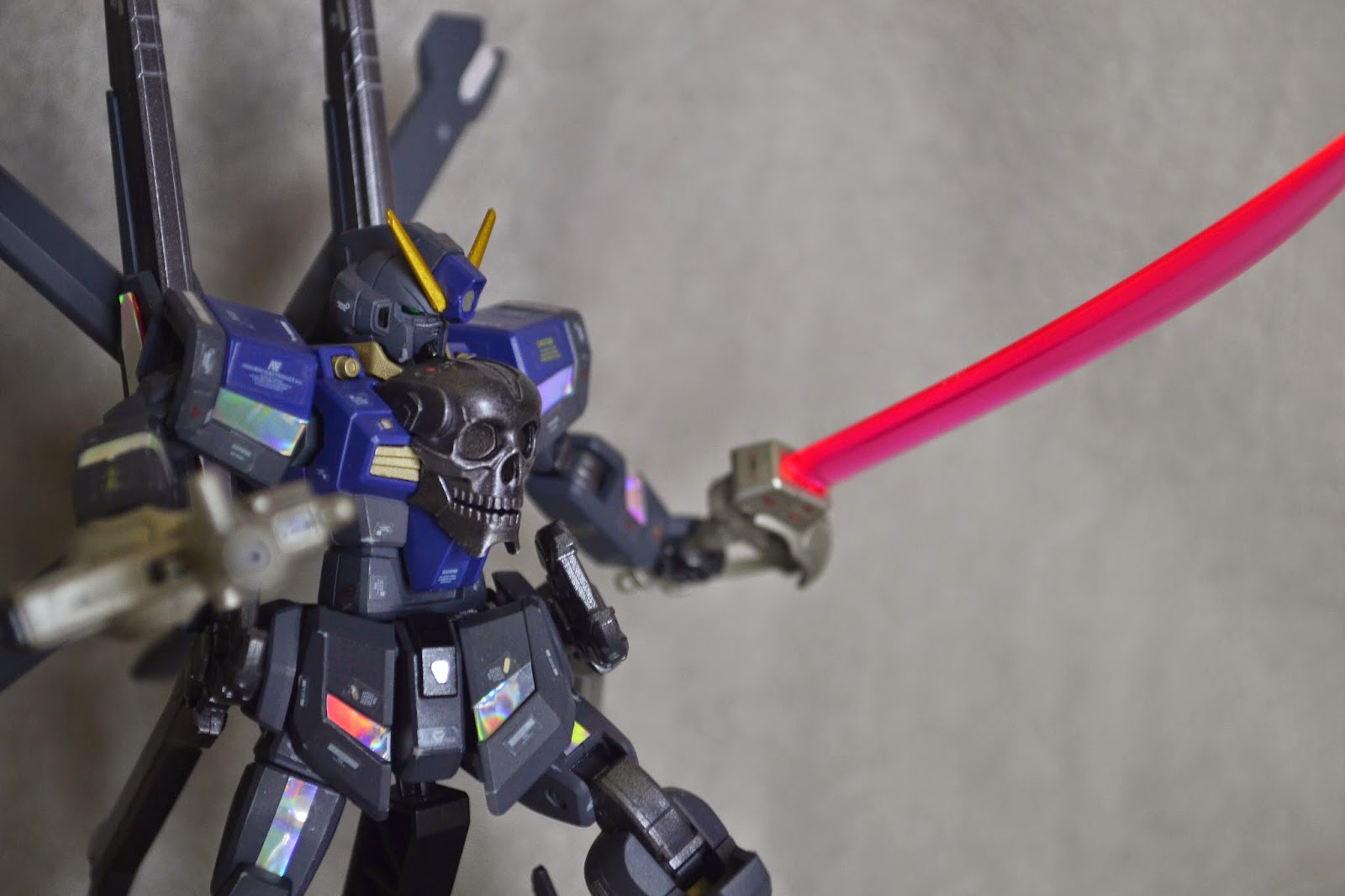 Armed to the teeth with weapons primarily for close combat, Crossbone Gundams have to get up close and personal with their foes in order to strike them due to the proliferation of all-defending beam shields. To that end, Crossbone Gundams are equipped with armament specifically set to circumvent beam shields. The Crossbone Maoh however, possesses a different set of weaponry, carrying over the satellite cannon from his previous Gunpla and incorporating it into the Crossbone design. This gives the Crossbone an answer to foes sniping from long range as well as added fire-power to tackle better-armoured targets. 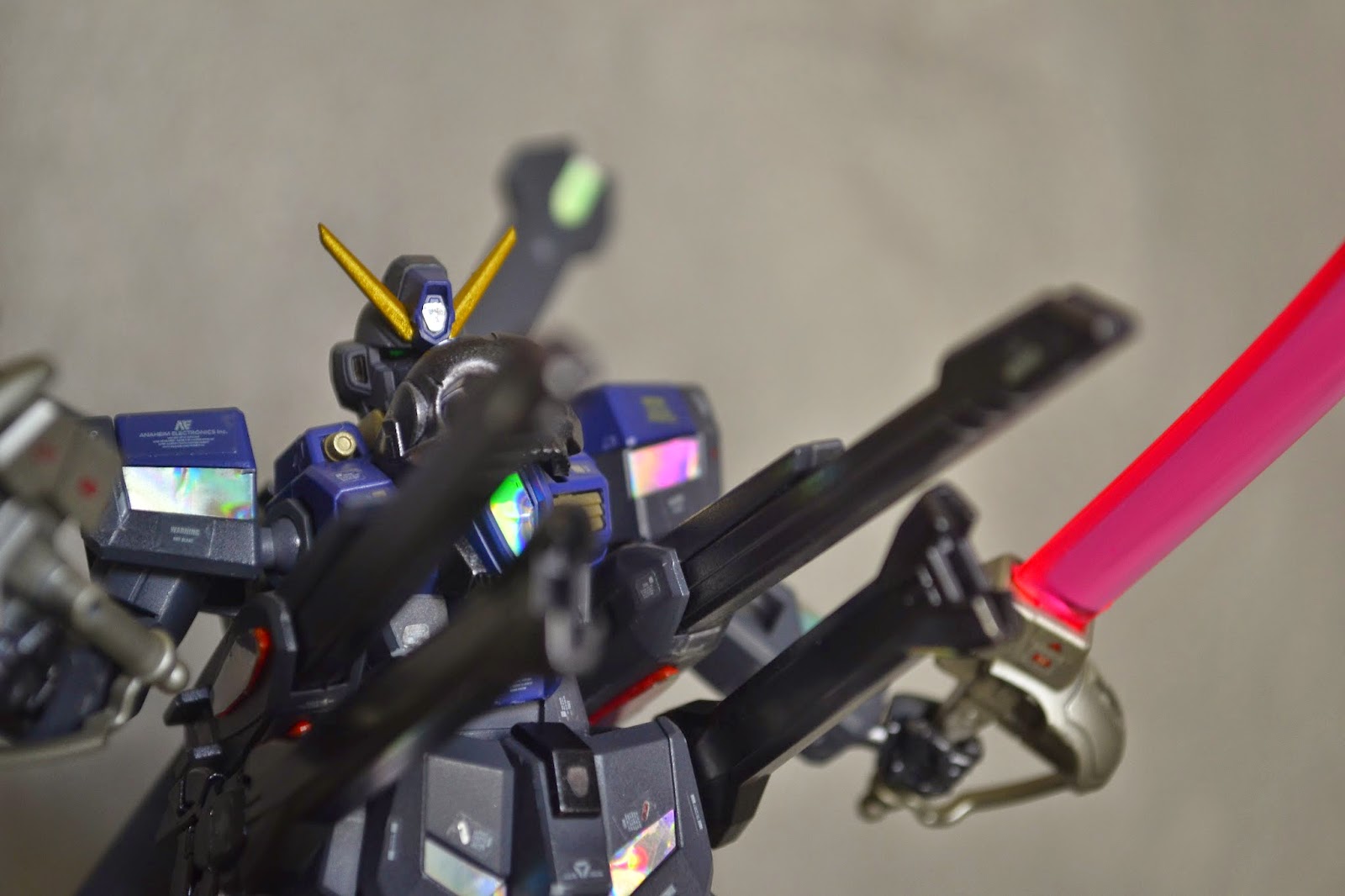 Designated as an Area Dominance Mobile Suit, the Crossbone Maoh Aurora combines the best of both universes, sporting an array of ranged and melee weaponry. Retaining all of its melee weapons except the back-mounted large beam sabers, the Aurora receives an upgrade to its Enhanced Satellite Cannon. It is still mounted in the chest behind the skull, but it is now supplemented by two smaller Satellite Cannons that deploy from the backpack in place of the large beam sabers present on the Crossbone Maoh. These smaller satellite cannons are actually modified beam cannons sourced from the HGBF Universe Booster, painted in the Aurora's colours and given satellite strips of their own. The Crossbone Gun & Swords by the sides of the Aurora can also deploy to add even more firepower to the main satellite cannon, condensing five beams into a single death ray that is able to sweep the battlefield clean of enemies.

At least, that's the idea anyway. 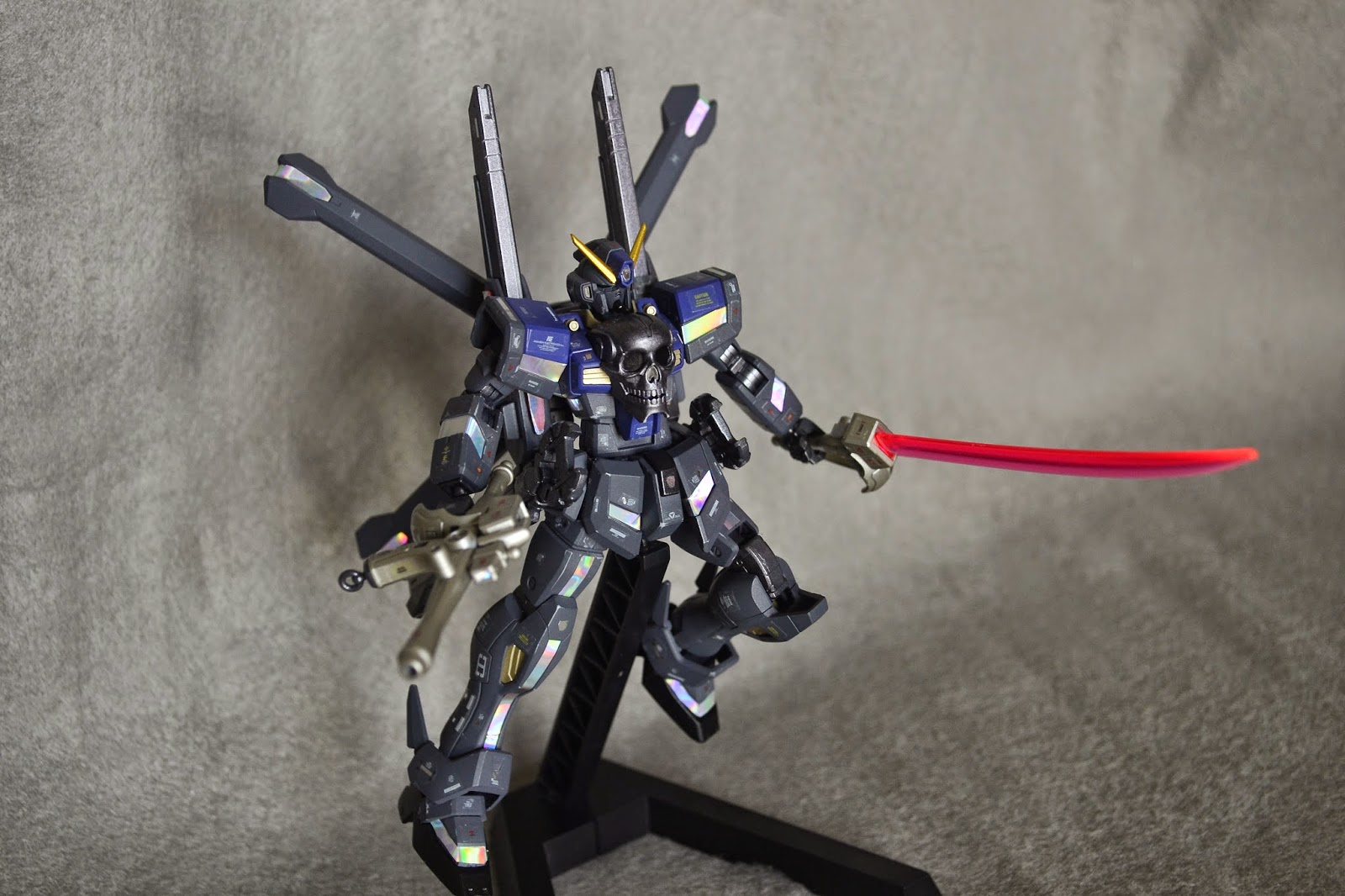 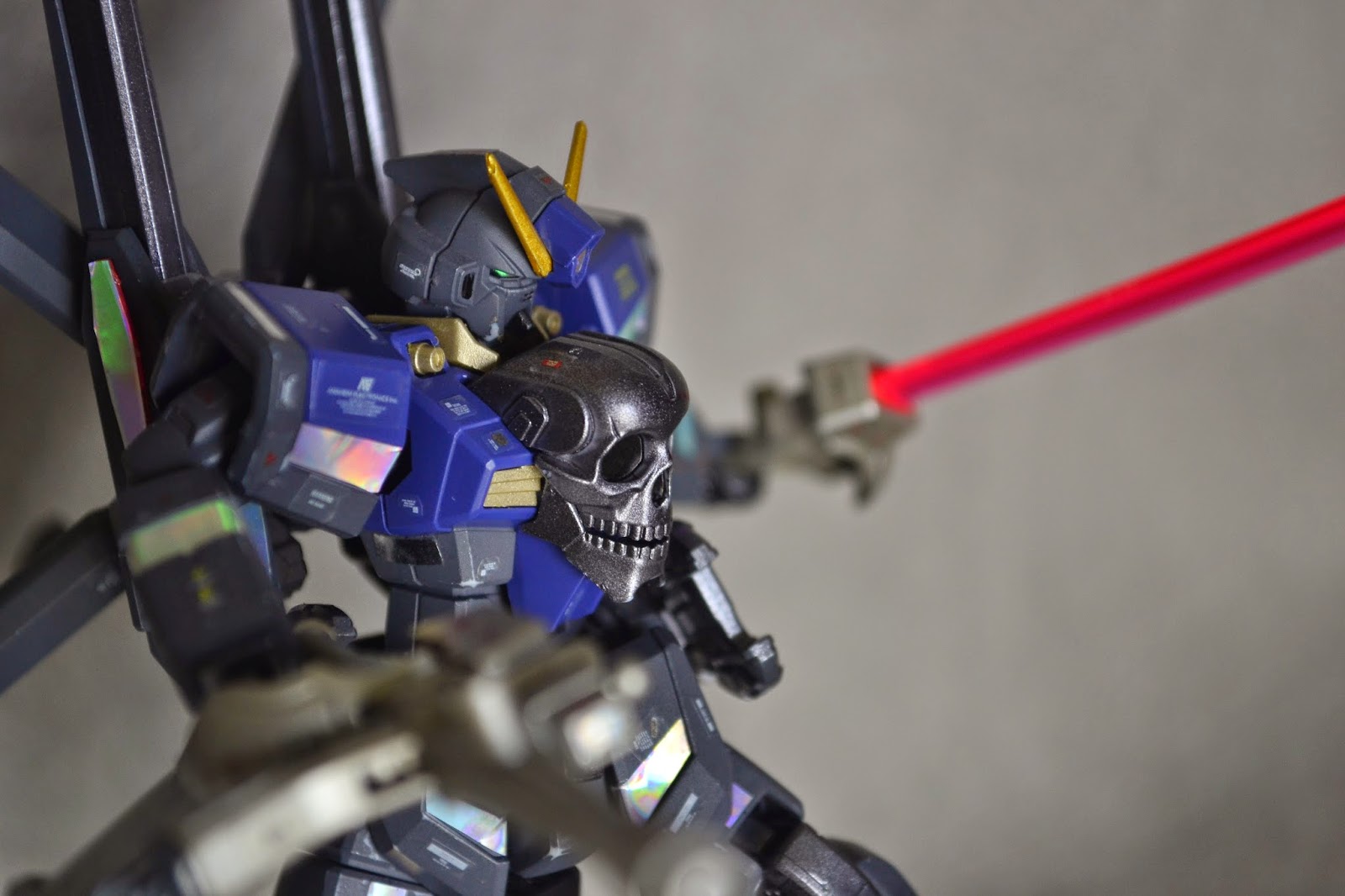 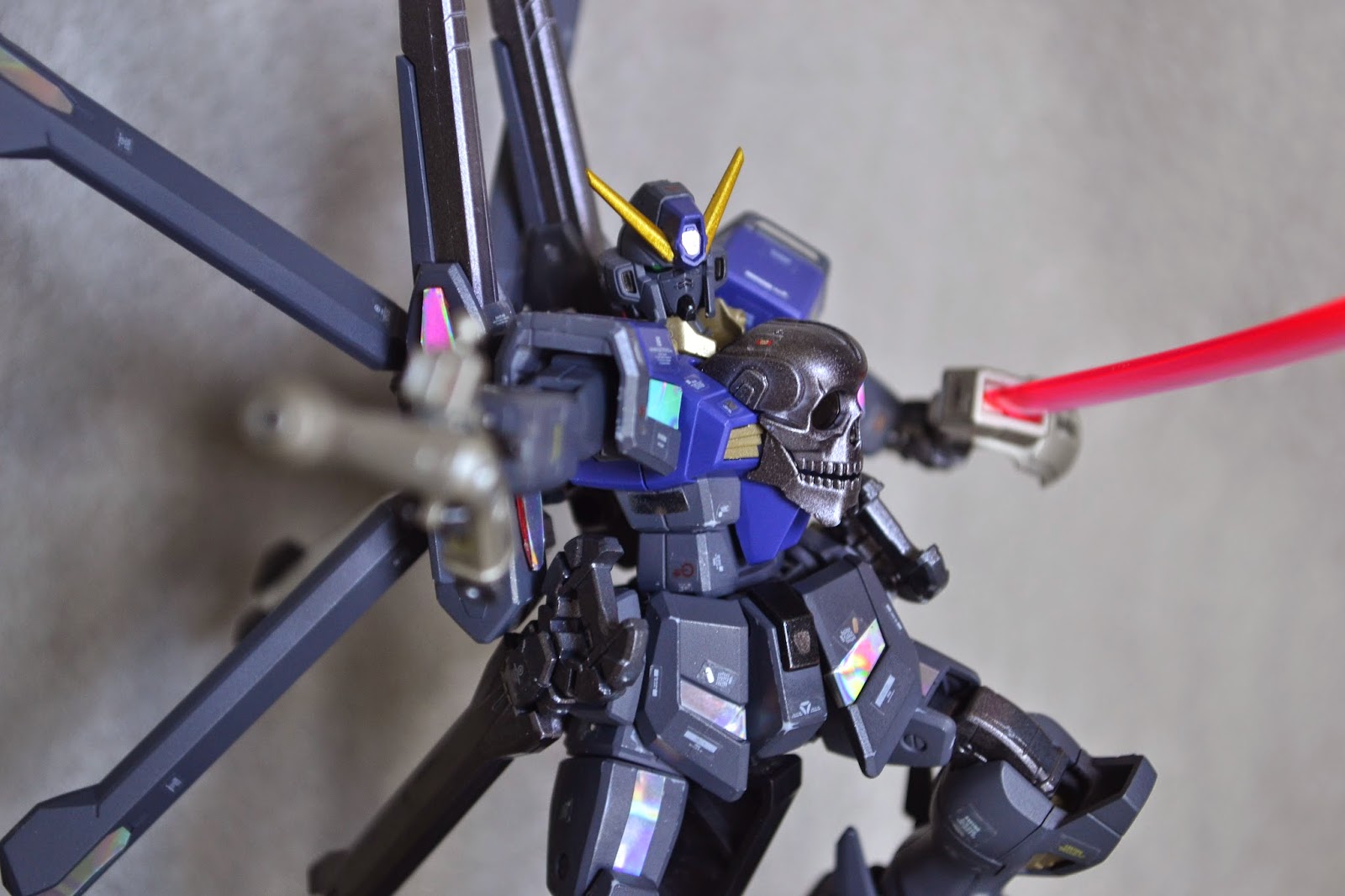 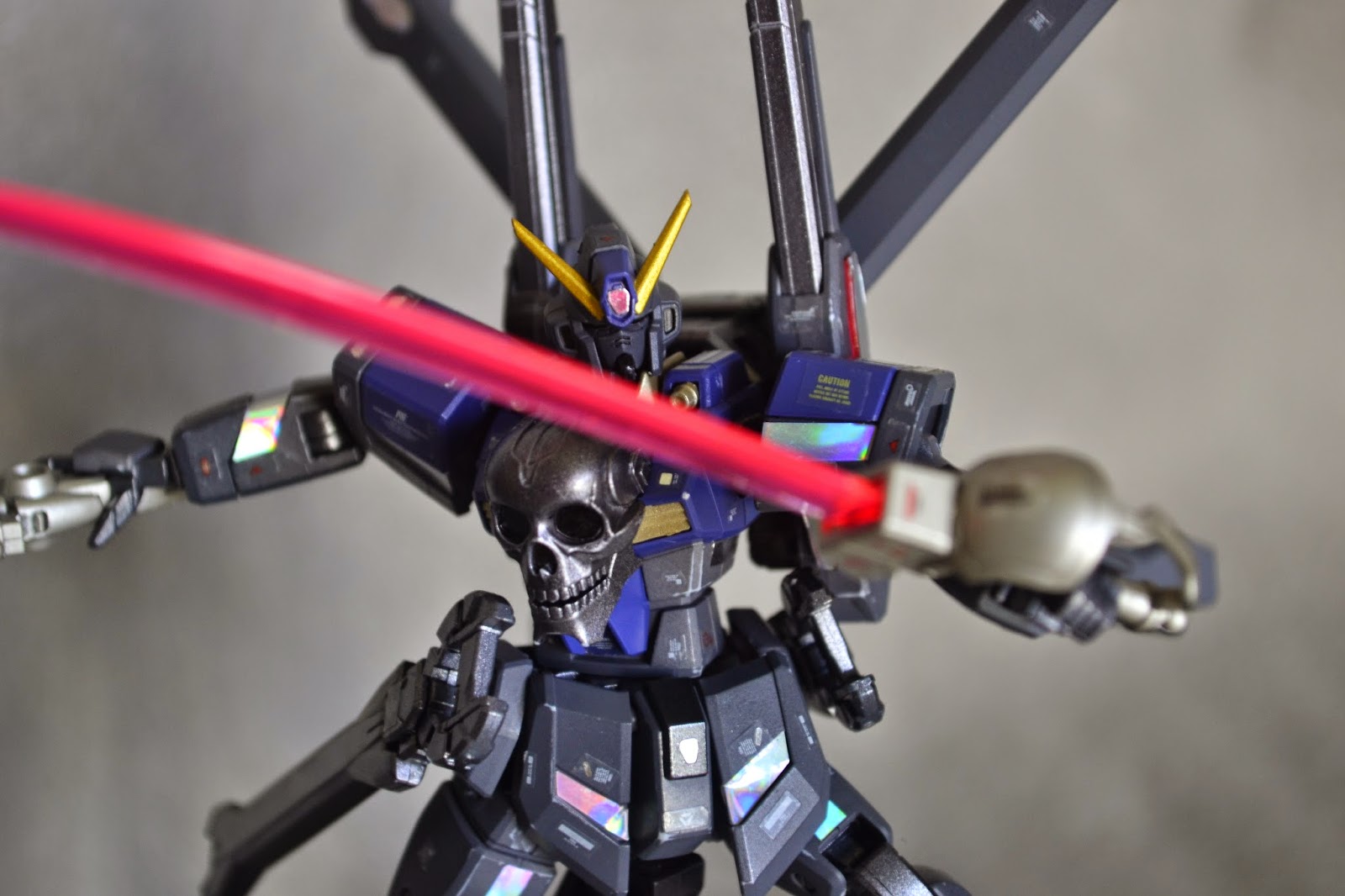 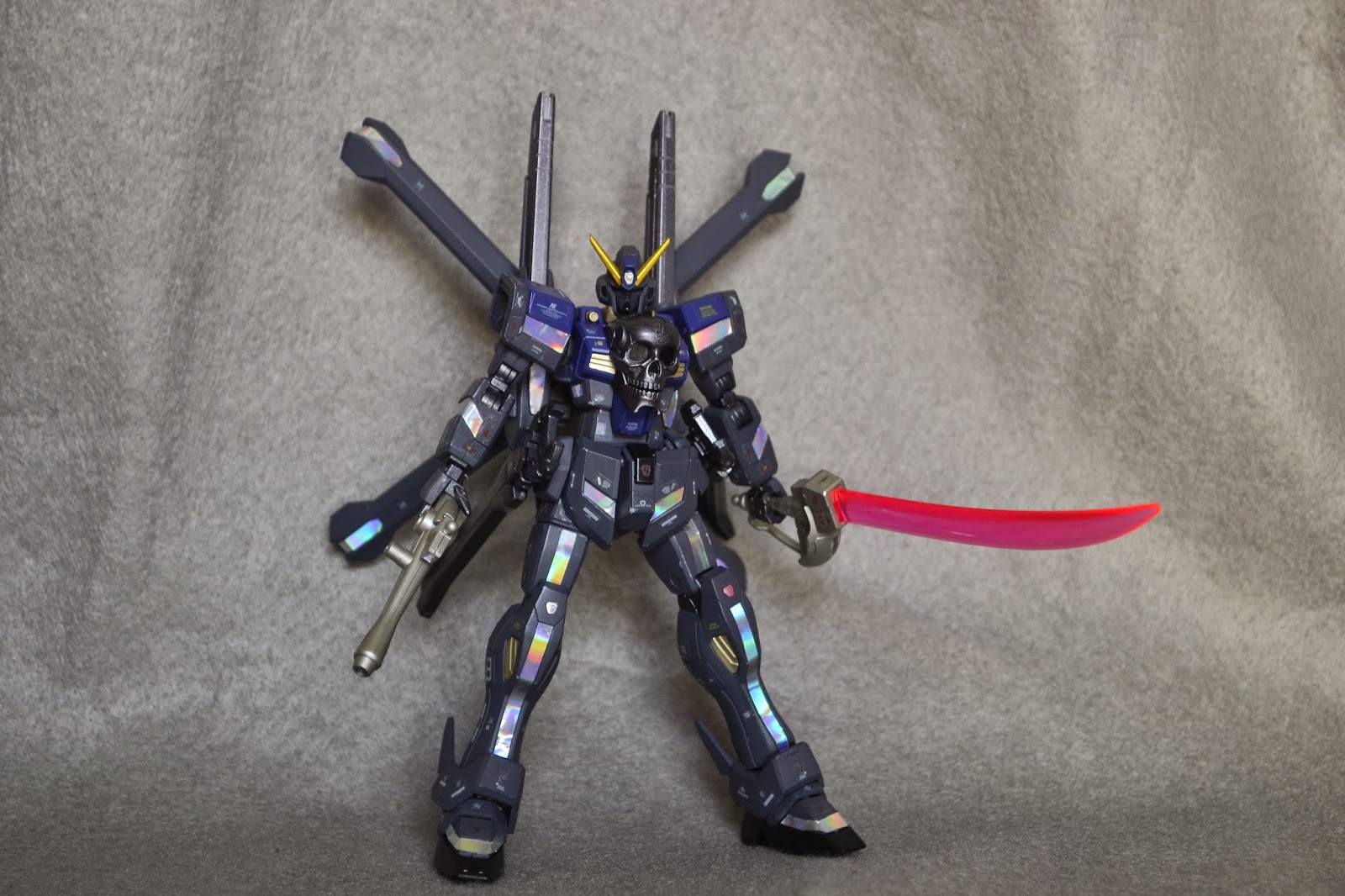 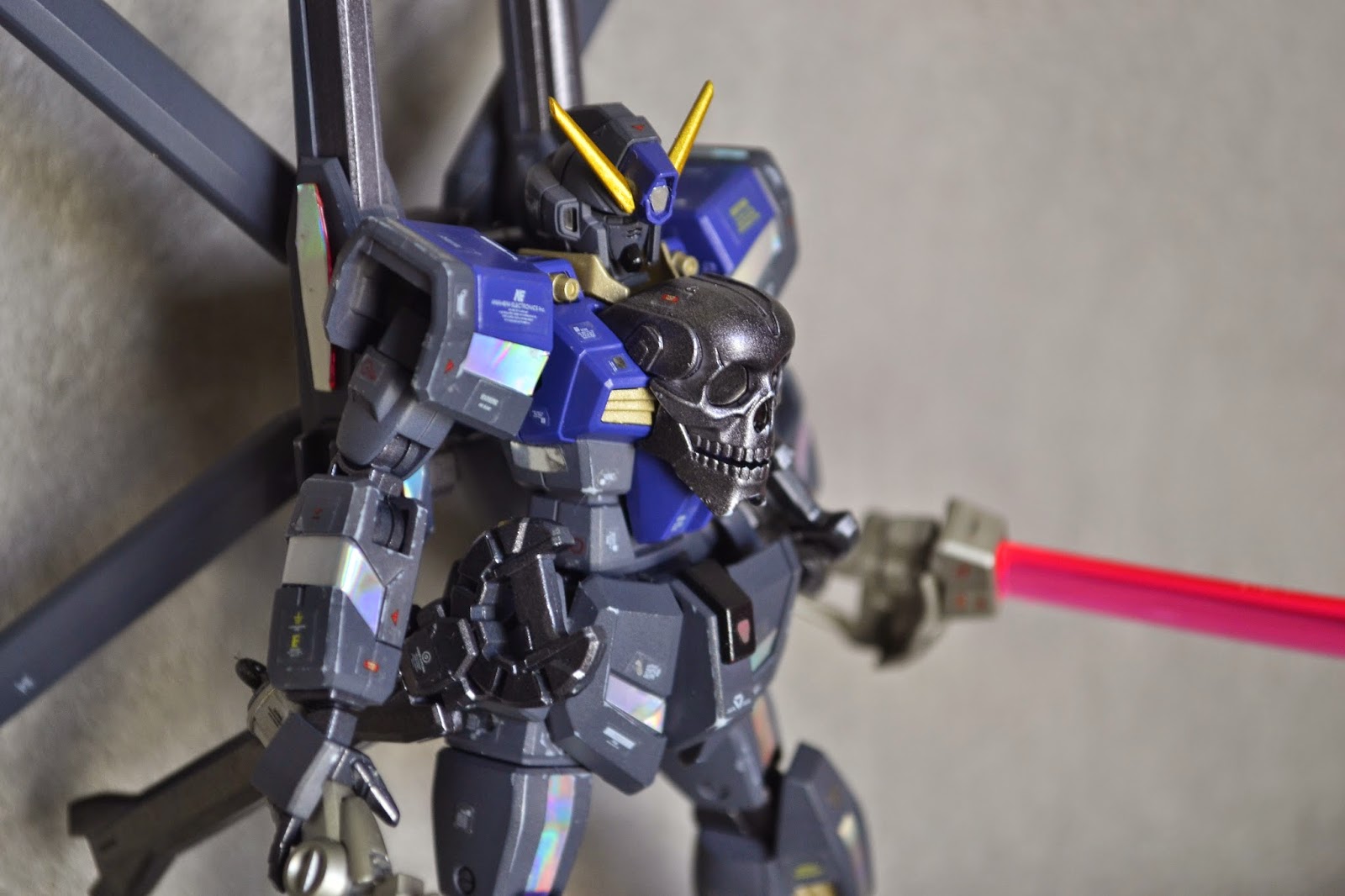 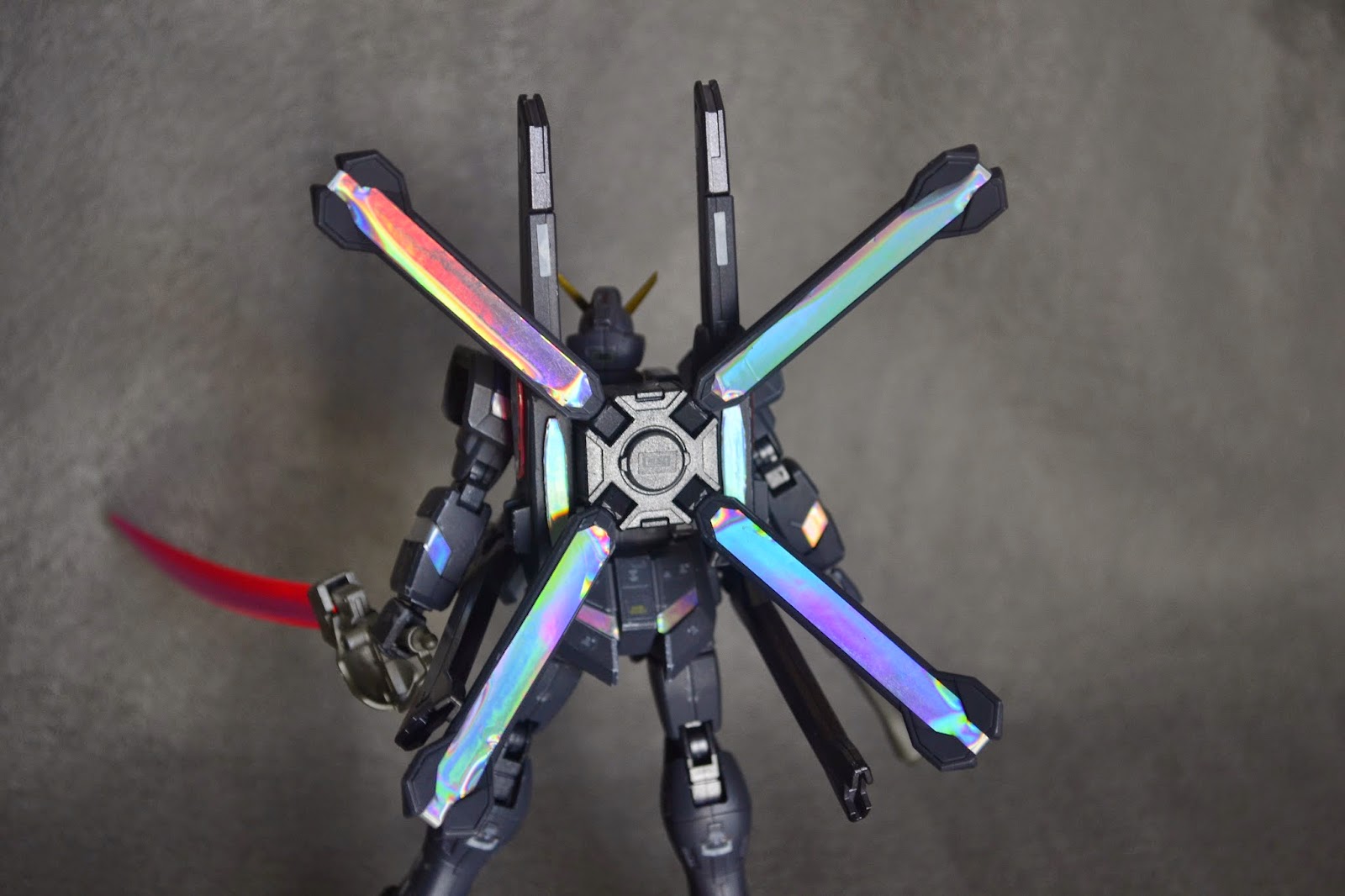 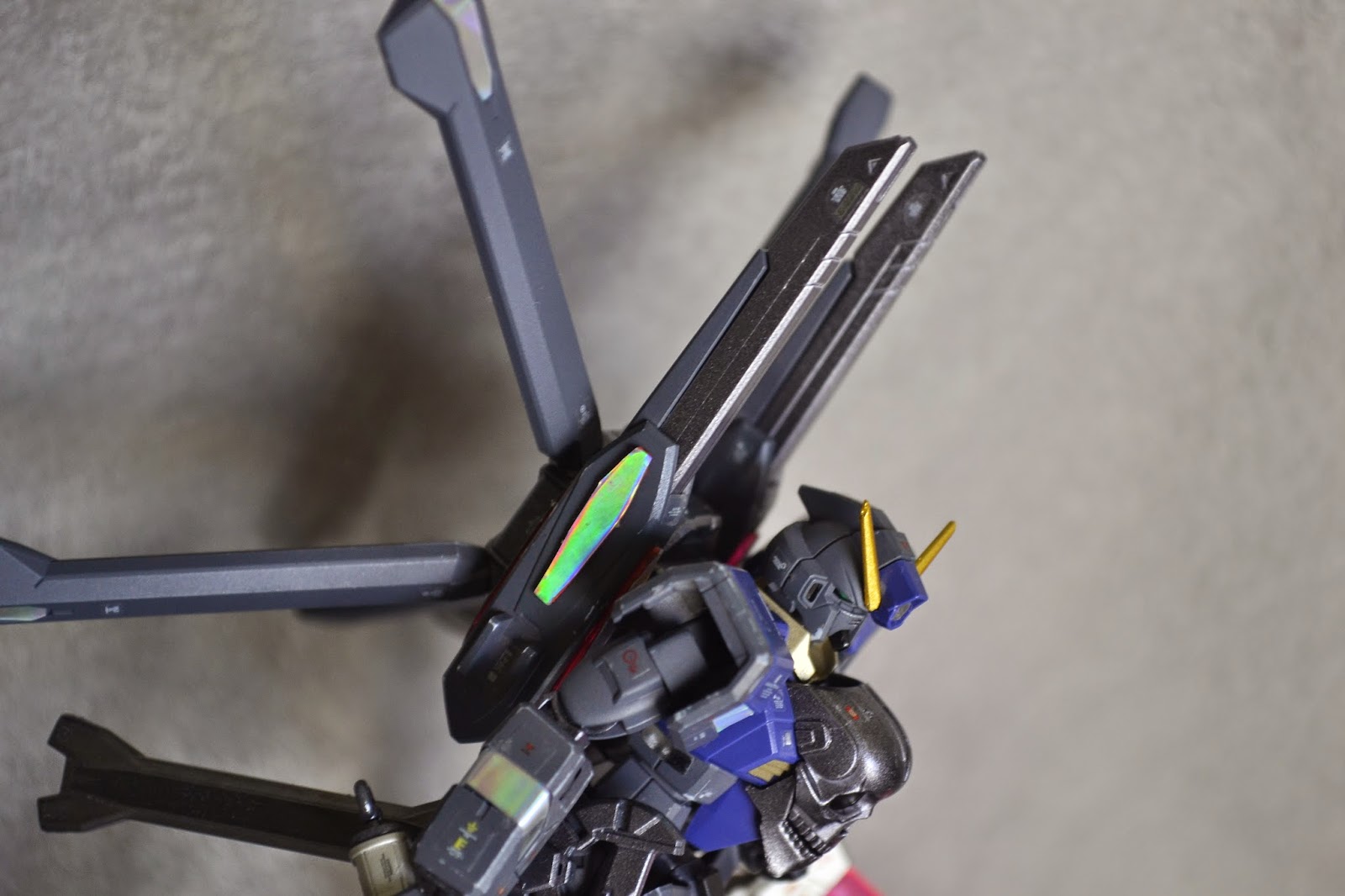 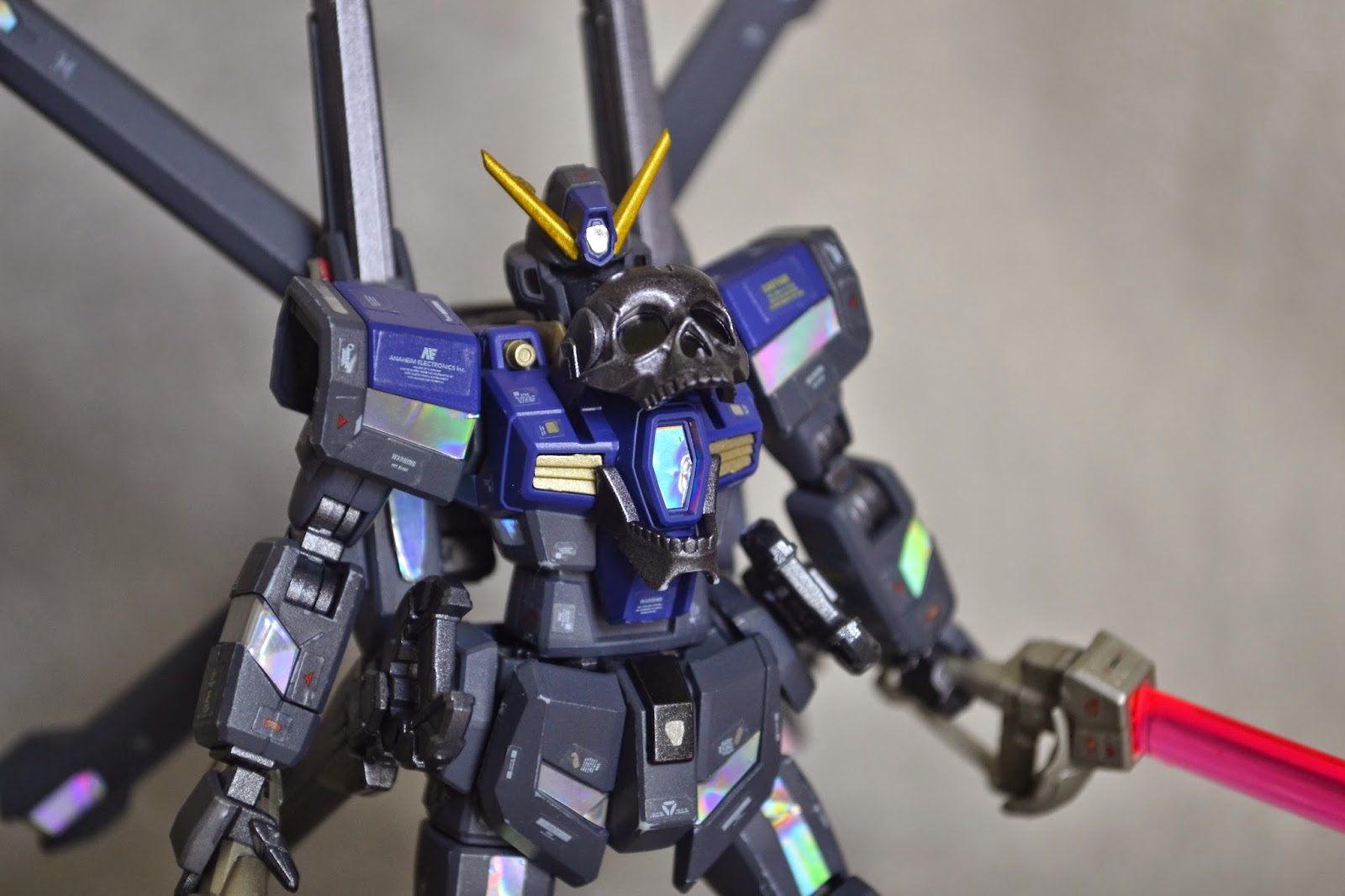 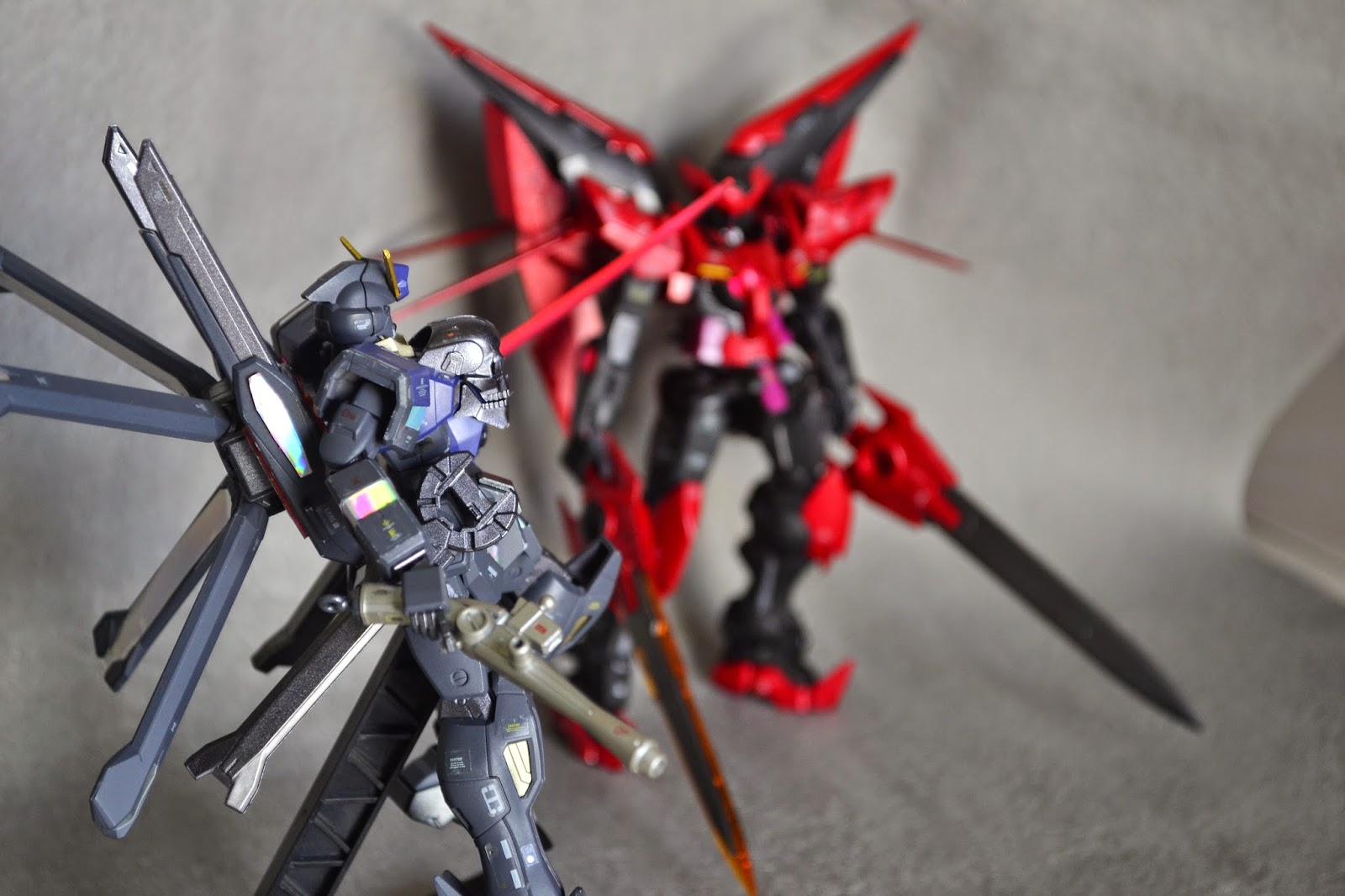 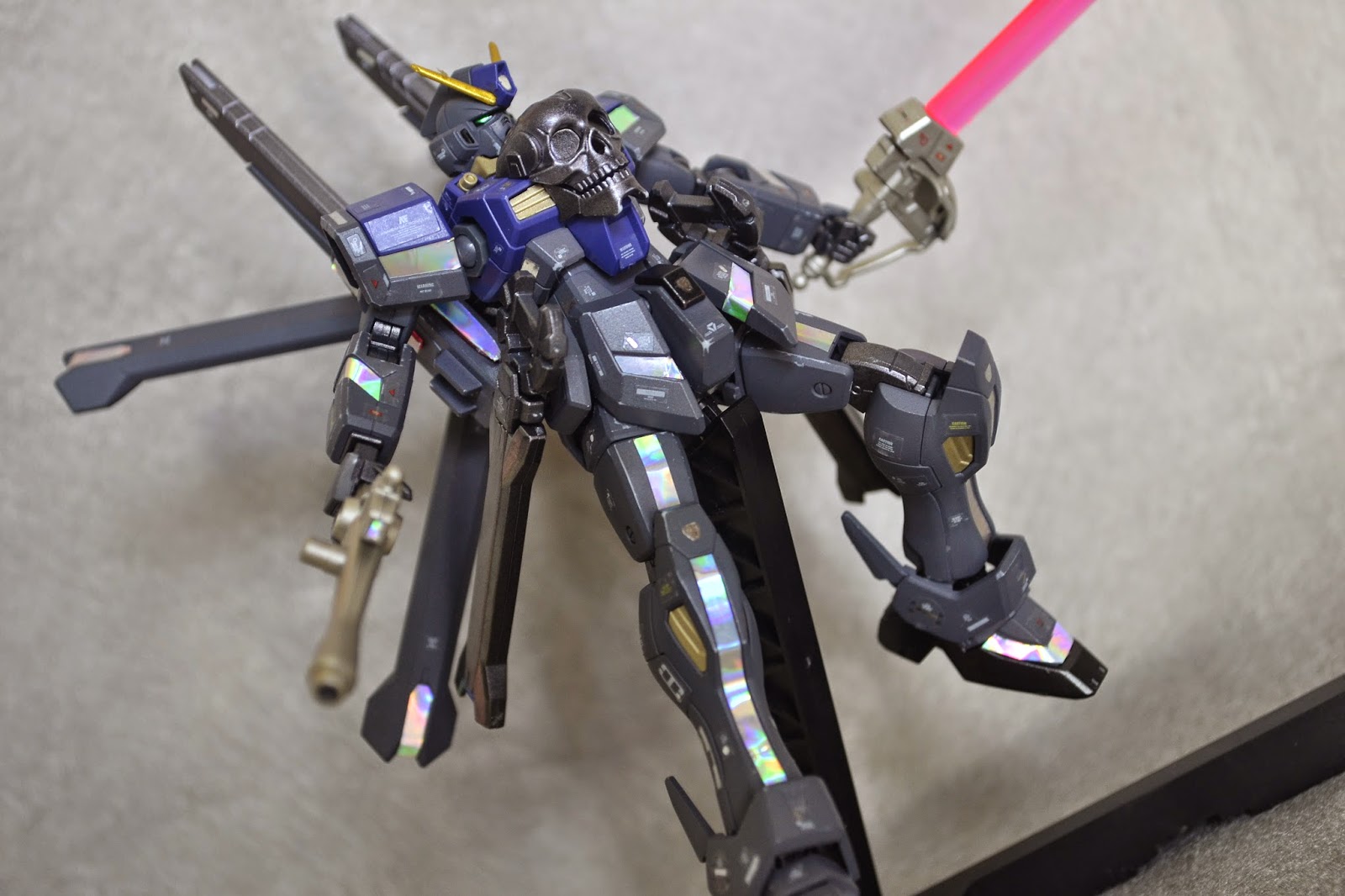 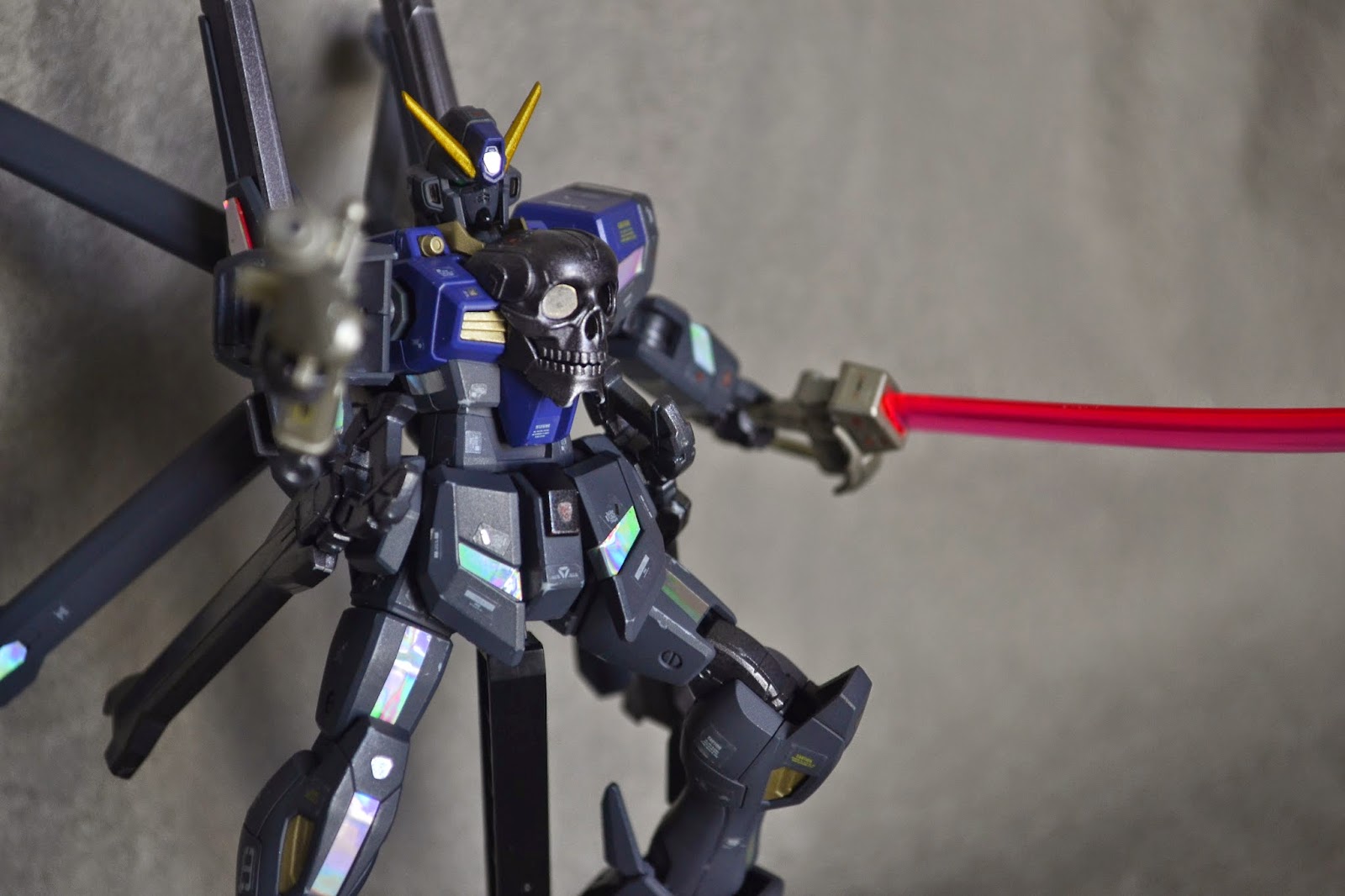 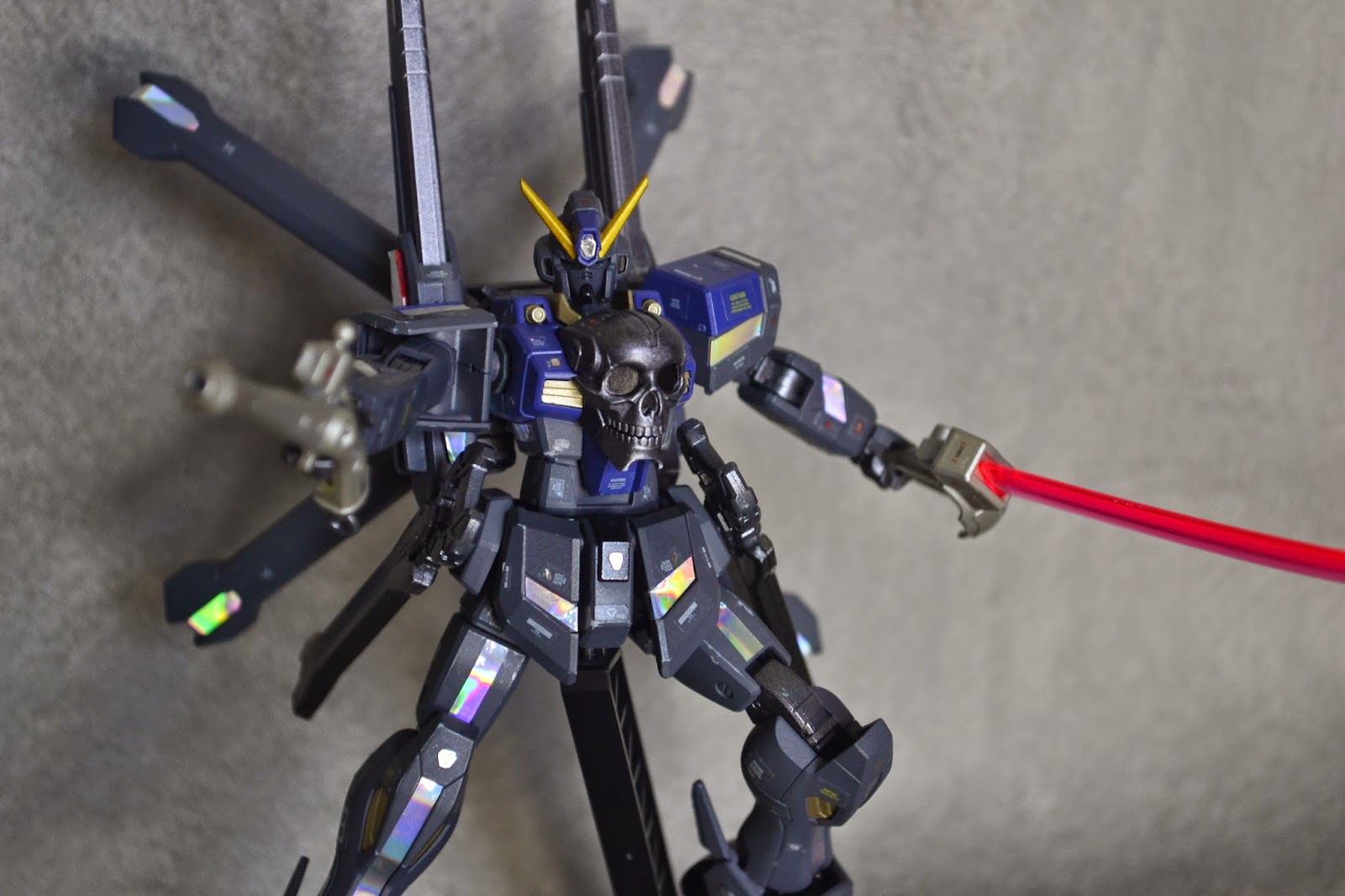 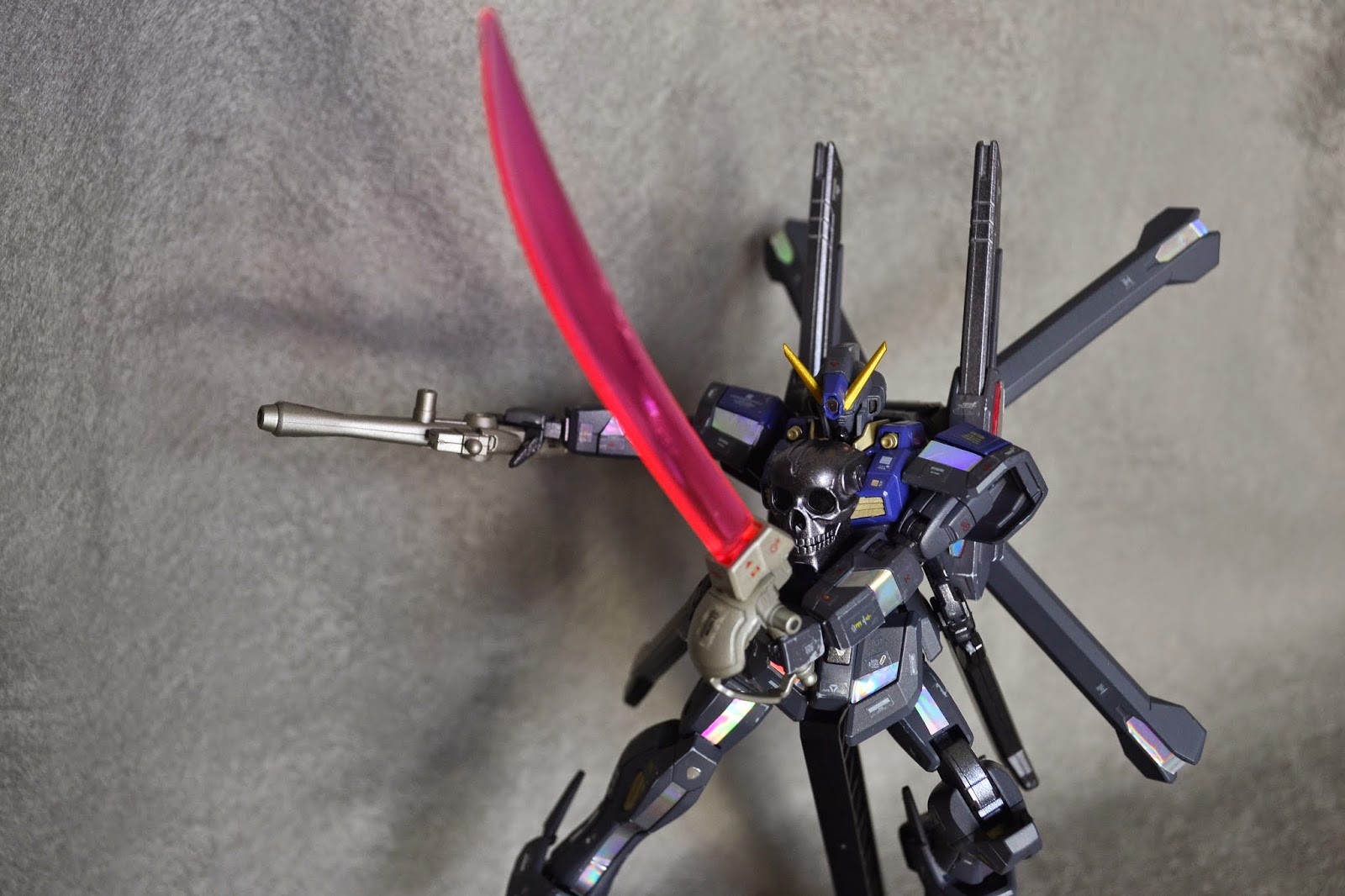 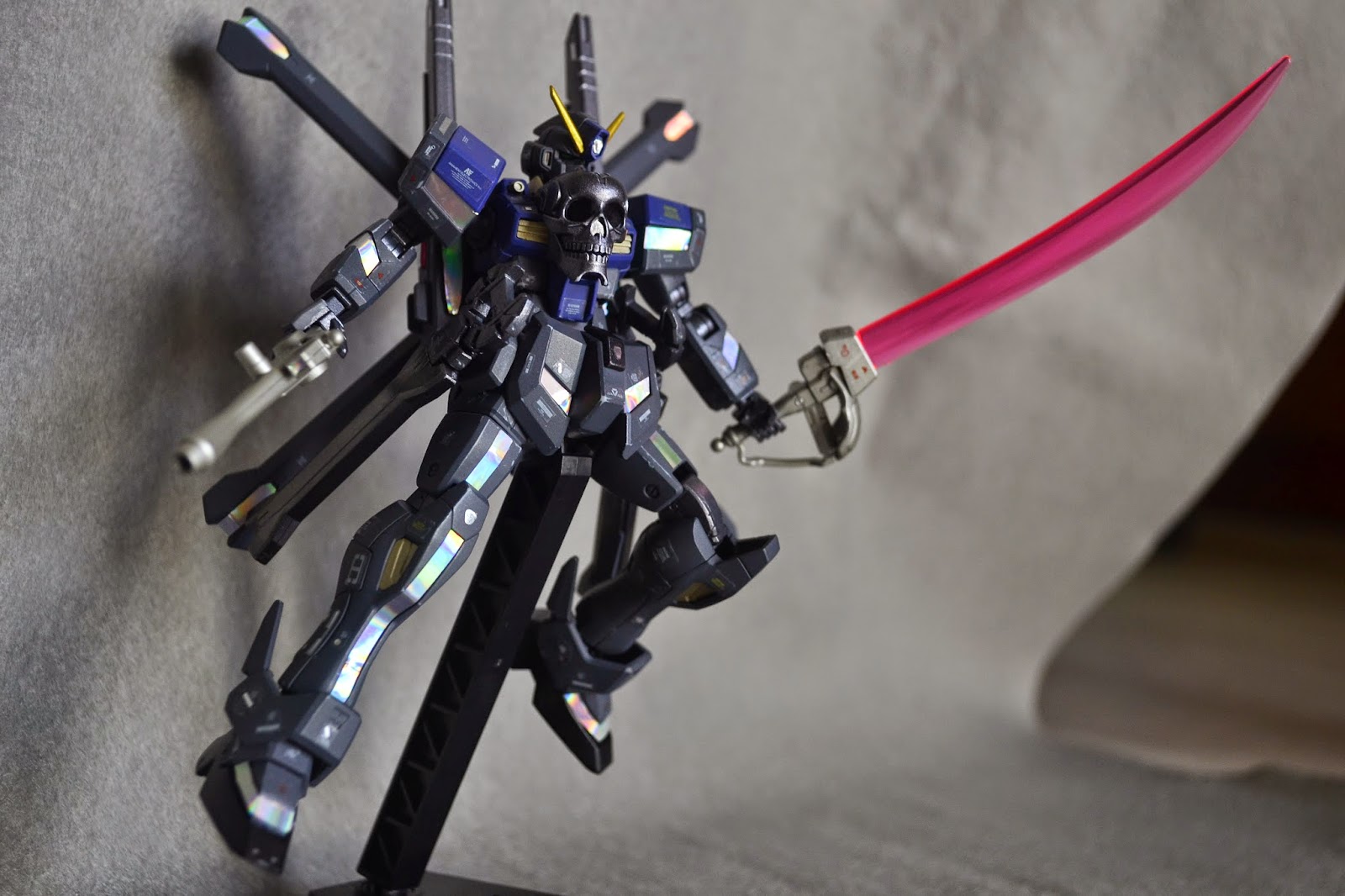 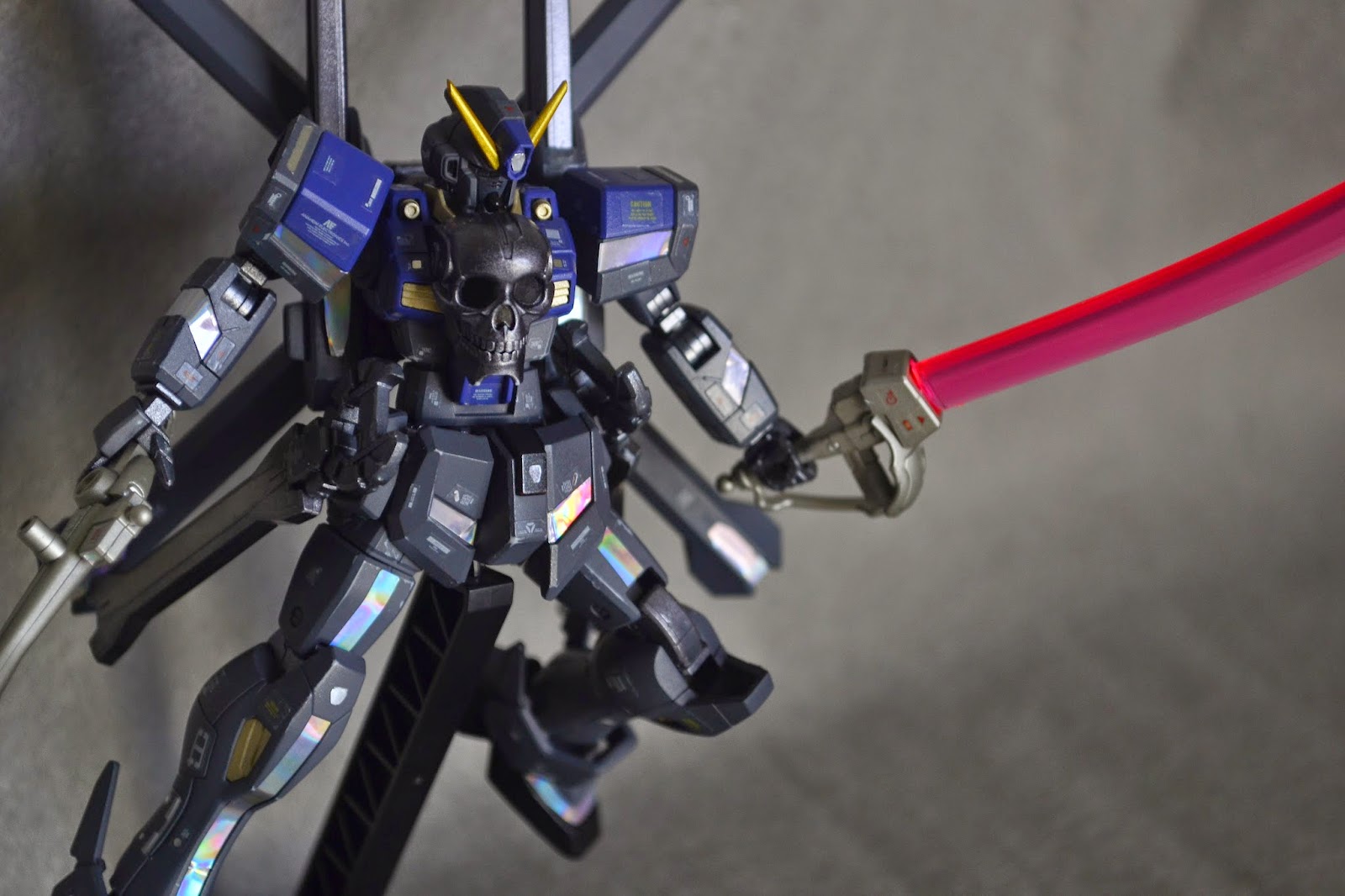 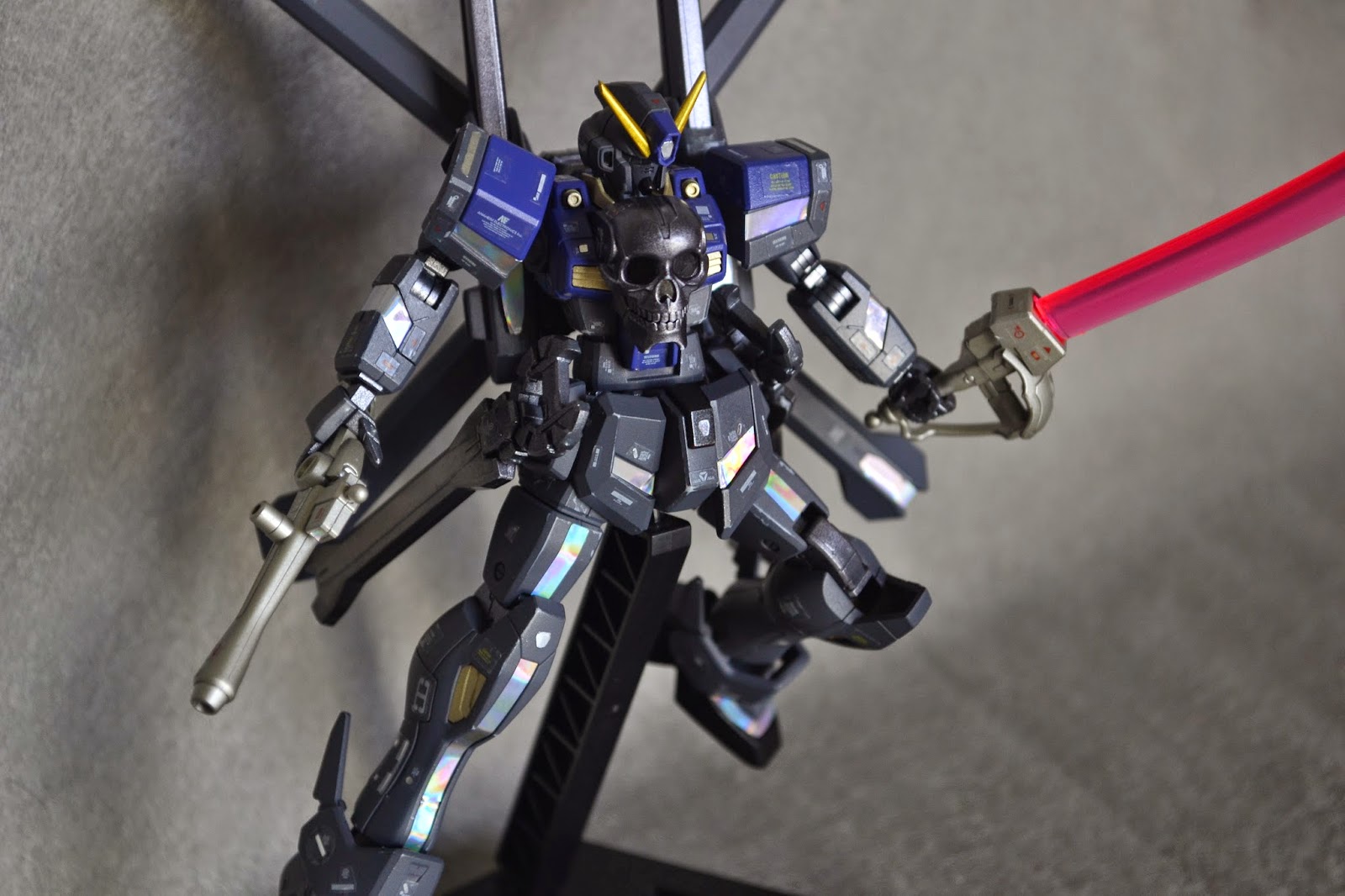 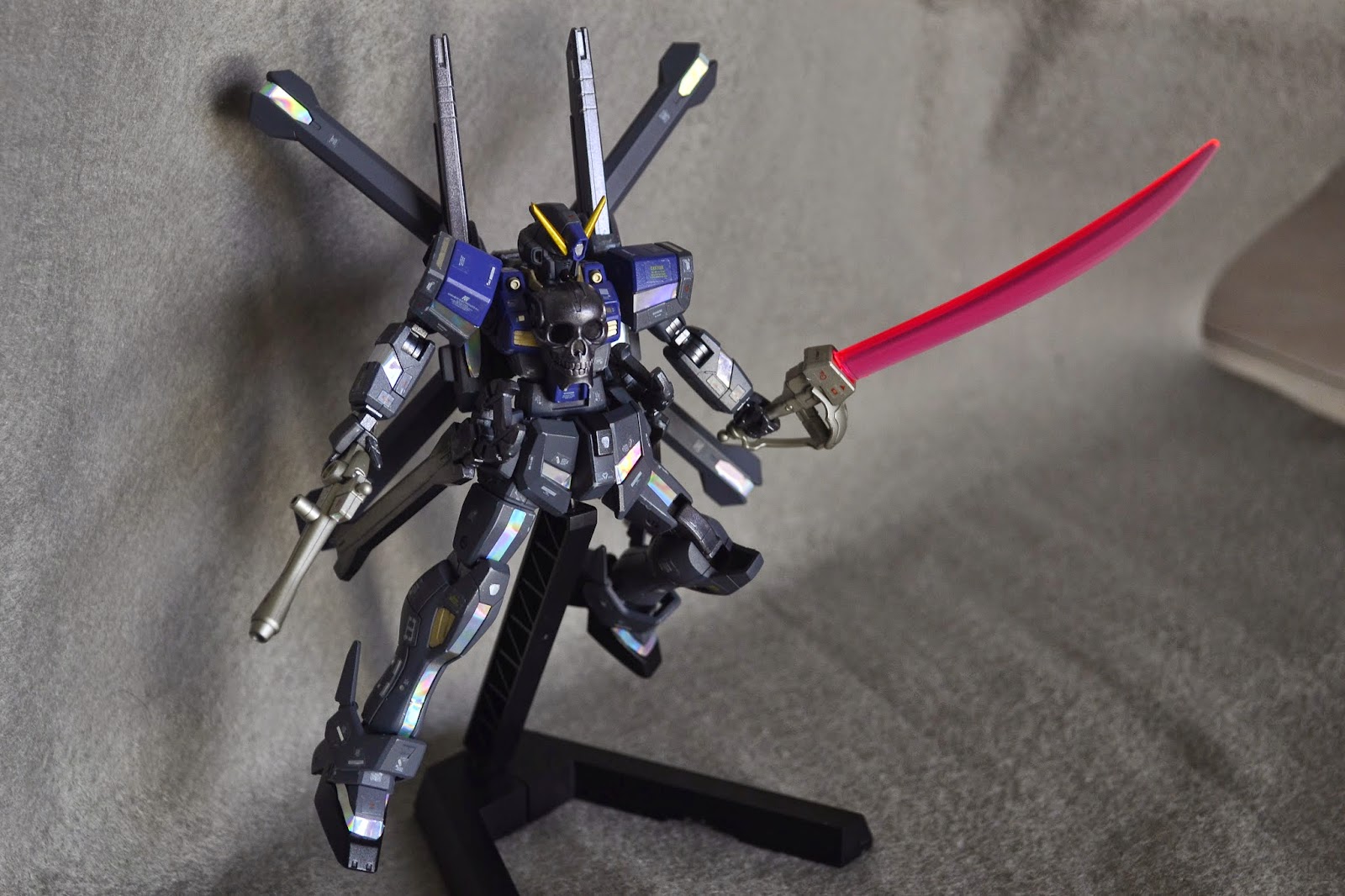 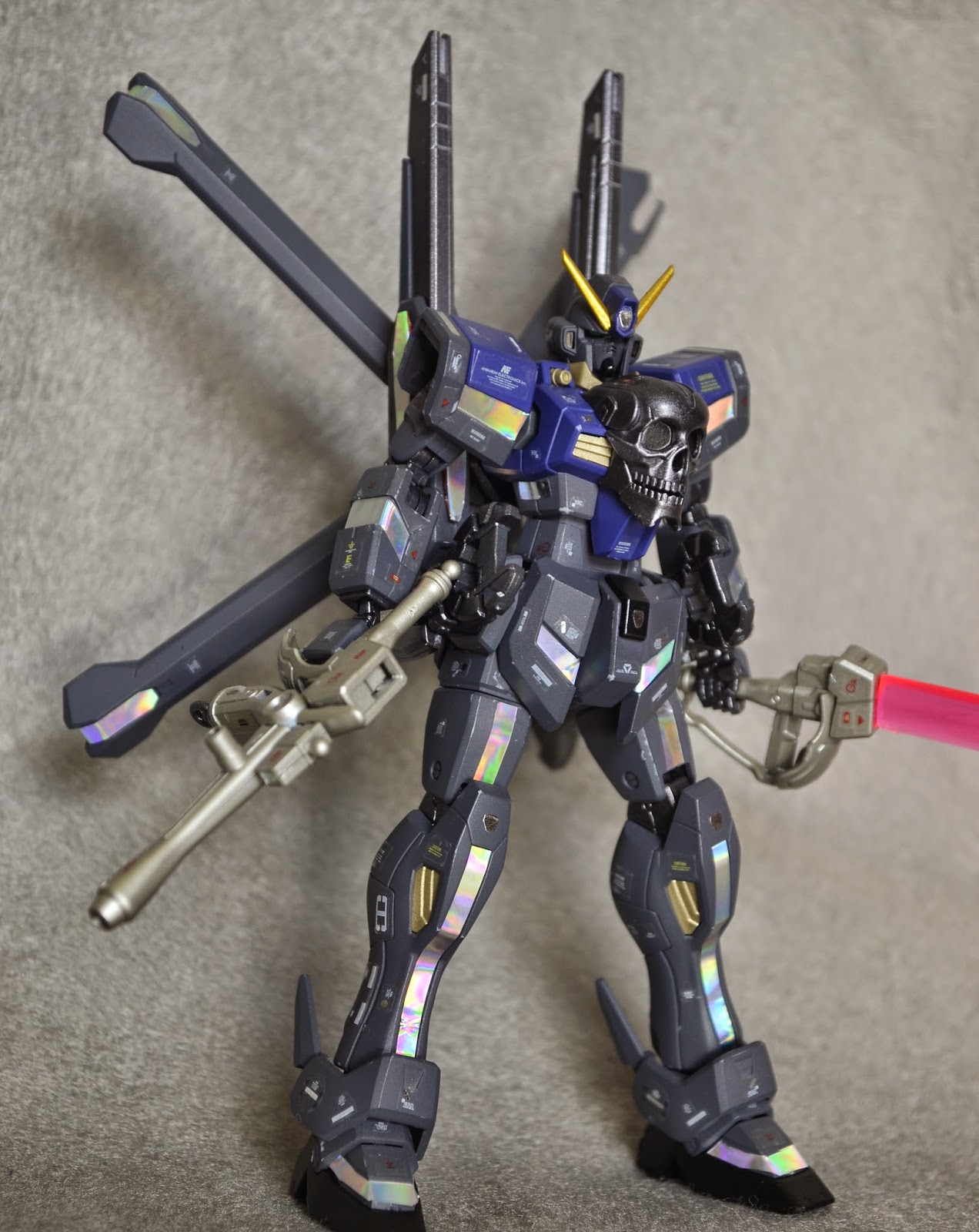 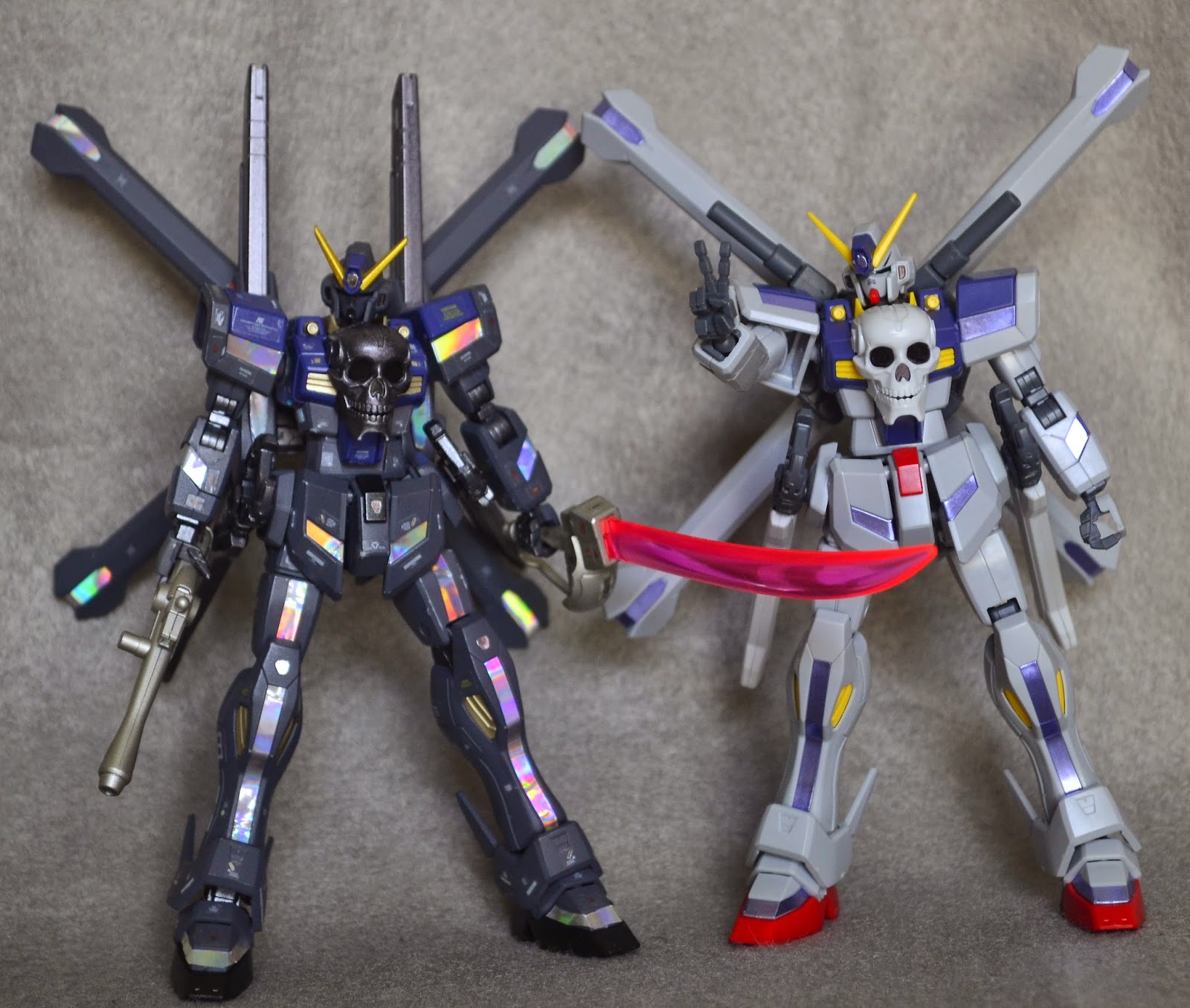 Posted by Gunplanerd at 2:06 AM