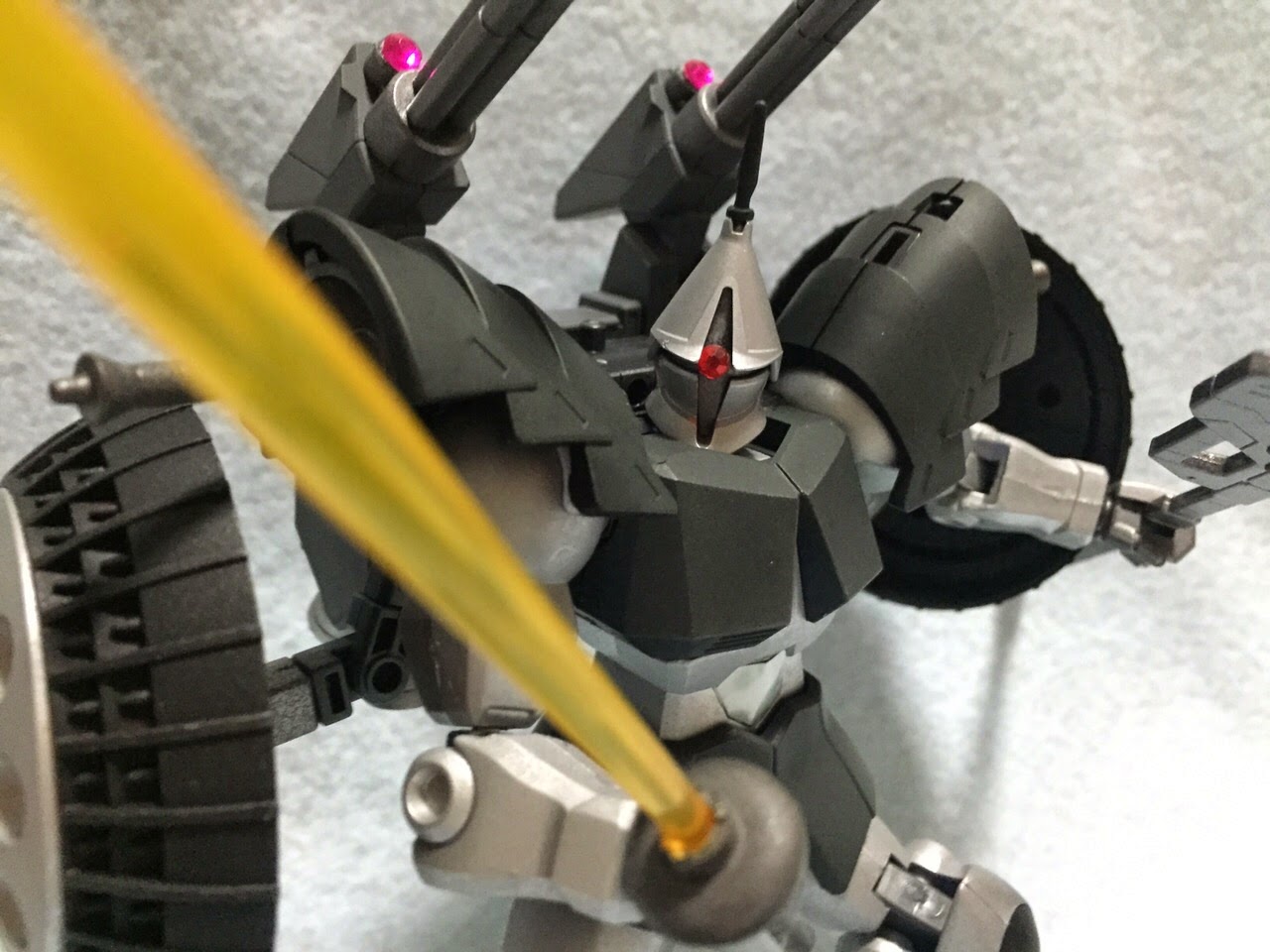 Not overly outlandish for UC engineering standards, the Gyan Vulcan developed by Susumu Sazaki in Gundam Build Fighters Season 1 represents a rational development pathway for the original prototype Gyan. Had the Gyan been slated for mass production over the Gelgoog, the final outcome of the One Year War might have been different.

A powered up limited mass production variant of the mass produced MS-15 Gyan, the Commander custom is issued only to squad commanders and ace pilots, designed to make full use of their superior piloting abilities to improve the effectiveness of a squad of usual Gyans.

Featuring a pair of tri-barreled Gatling cannons mounted on its modified hi-mobility backpack to address the original Gyan's startling lack of ranged weaponry, the Commander Custom is still a close-range combatant, relying on its arsenal of melee weaponry to decimate foes. To increase its survivability, the Commander custom is also equipped with heavier, more ornate shoulder armor that resemble medieval plating, each equipped with a large hi-powered beam sword similar to the one found on the mass production version, bringing the total number of beam swords to three. The Needle Missile shield launchers are also attached to the backpack via movable mounts, freeing the hands for handling weapons or manipulating the environment while ensuring the machine's protection.

Lastly, it also has a bitchin' battle axe. 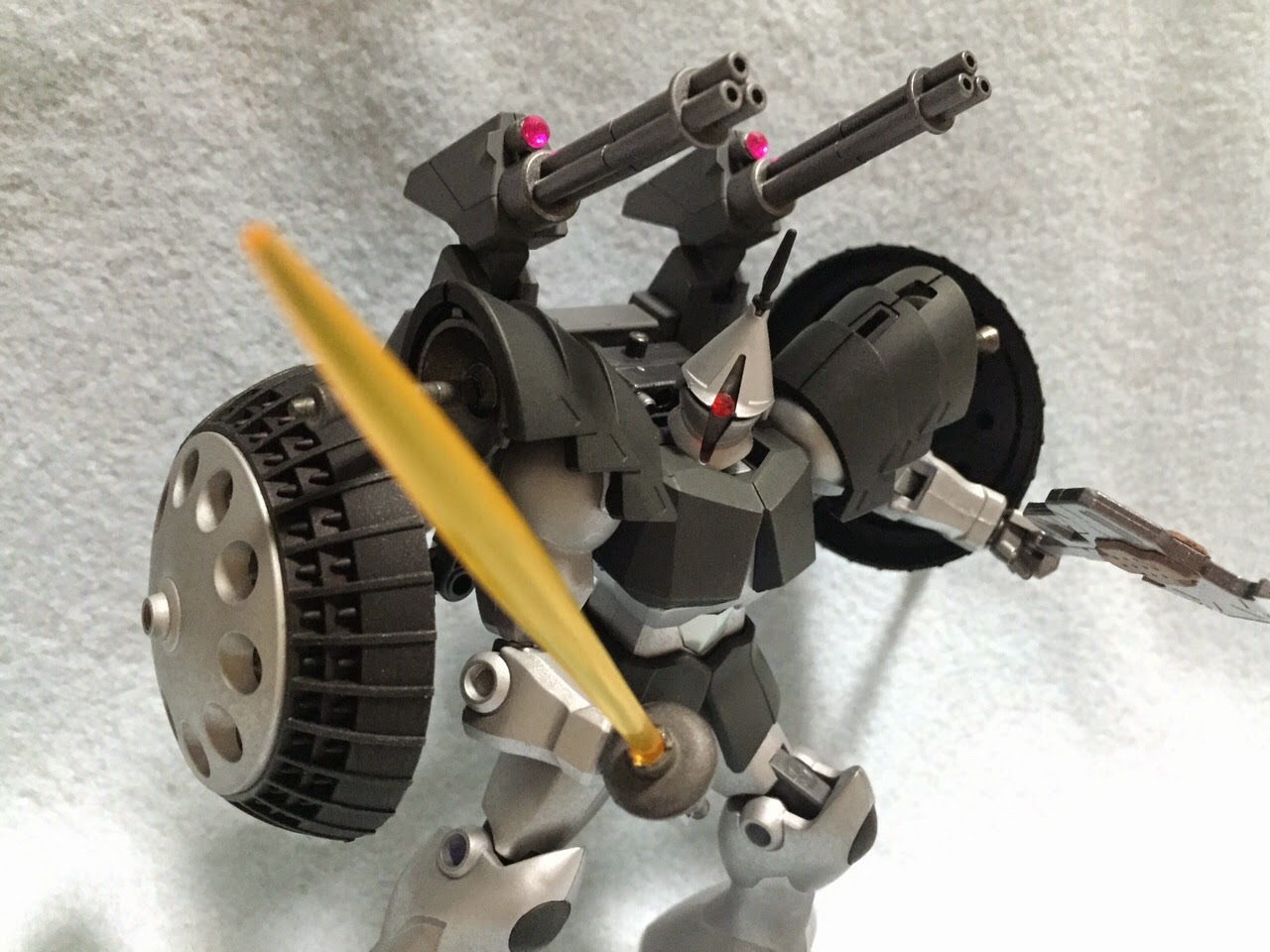 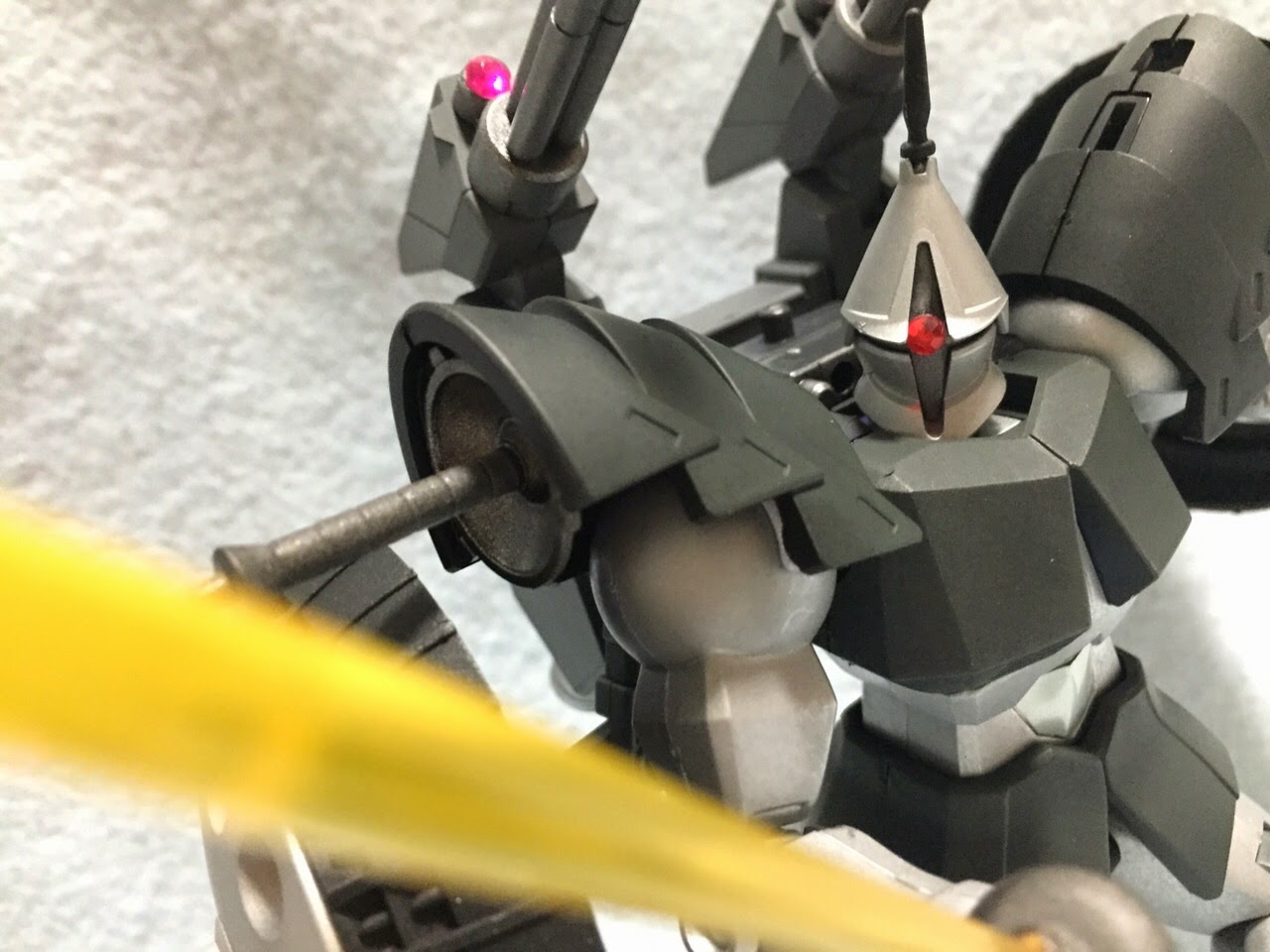 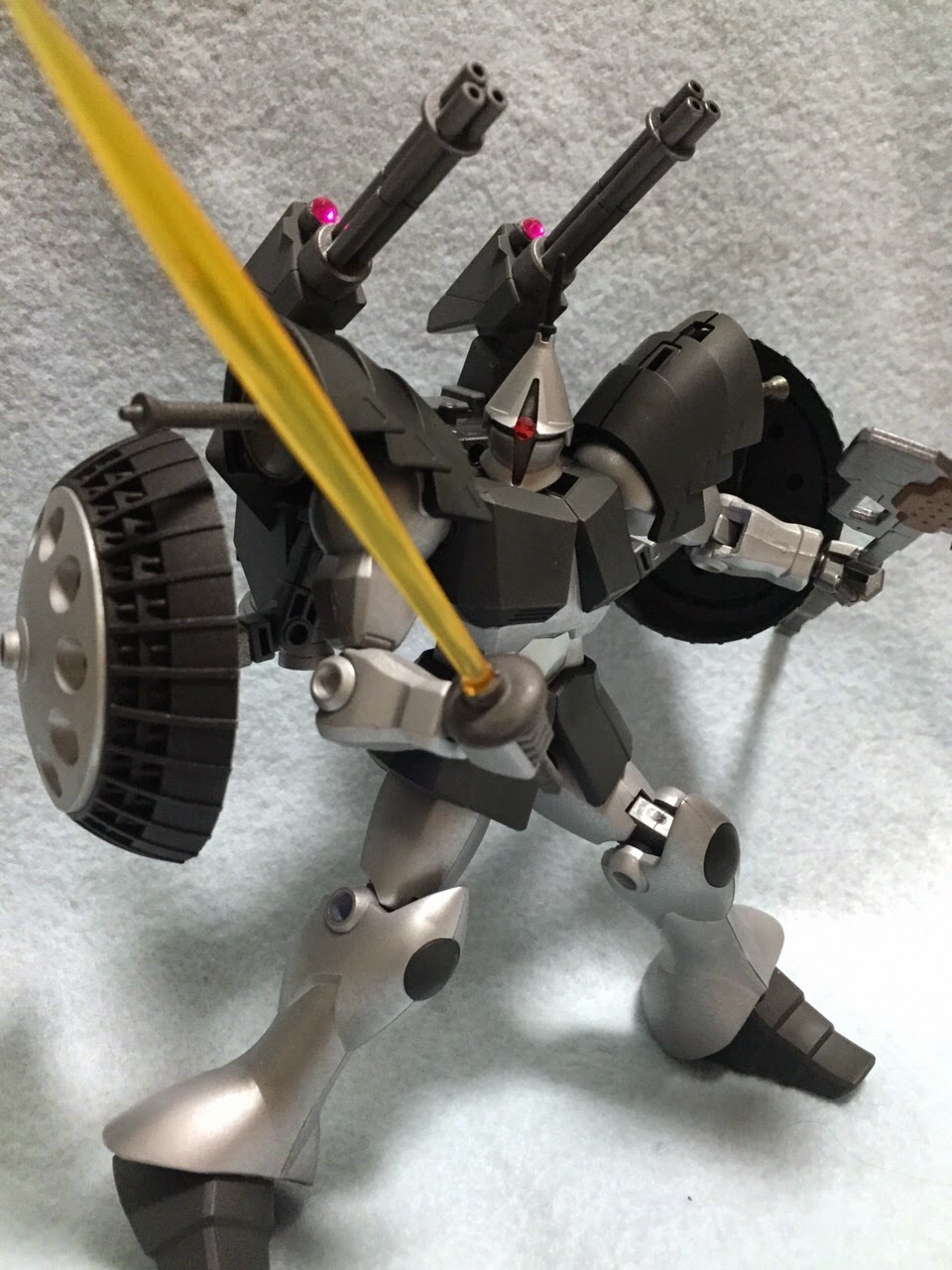 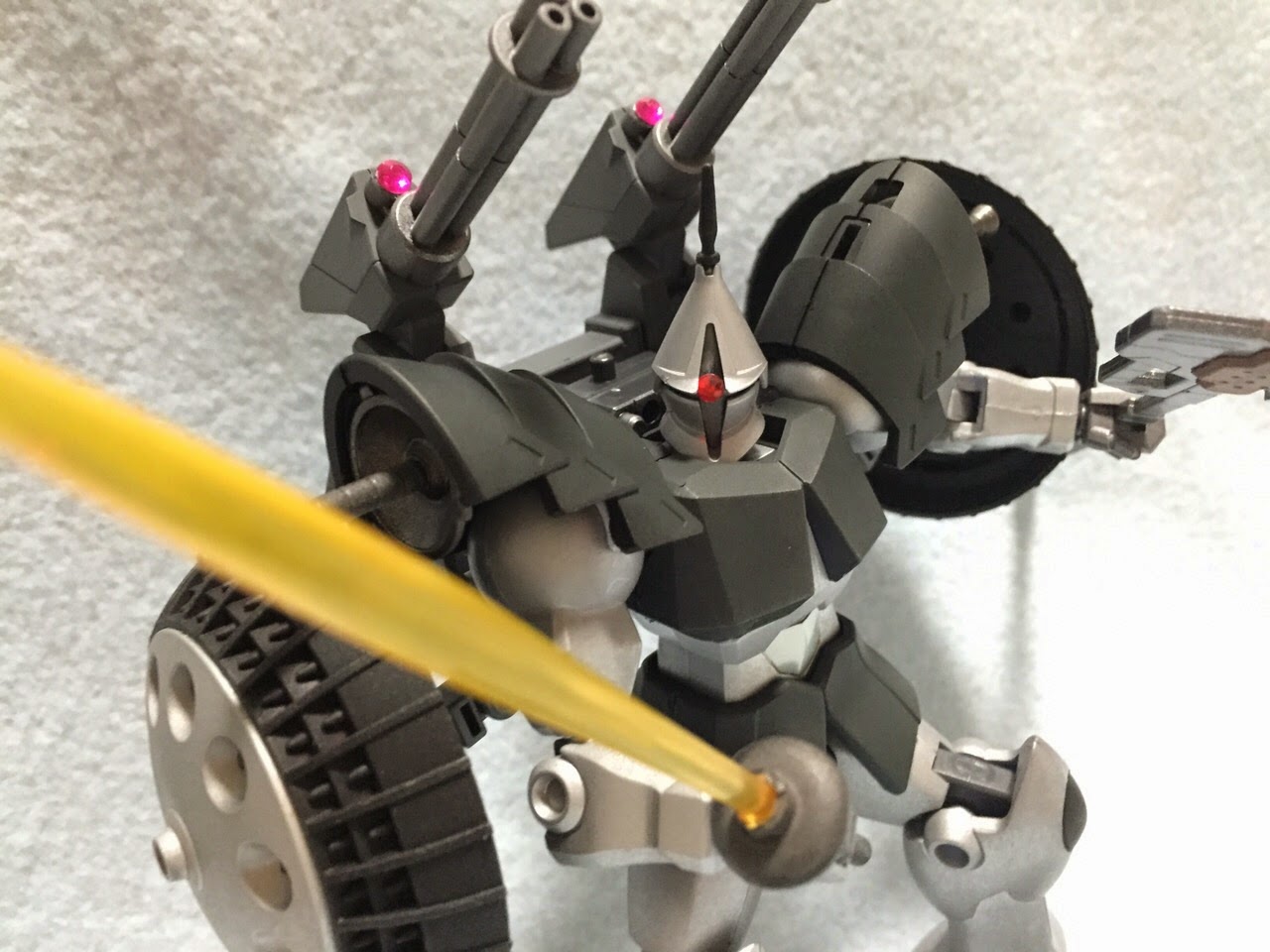 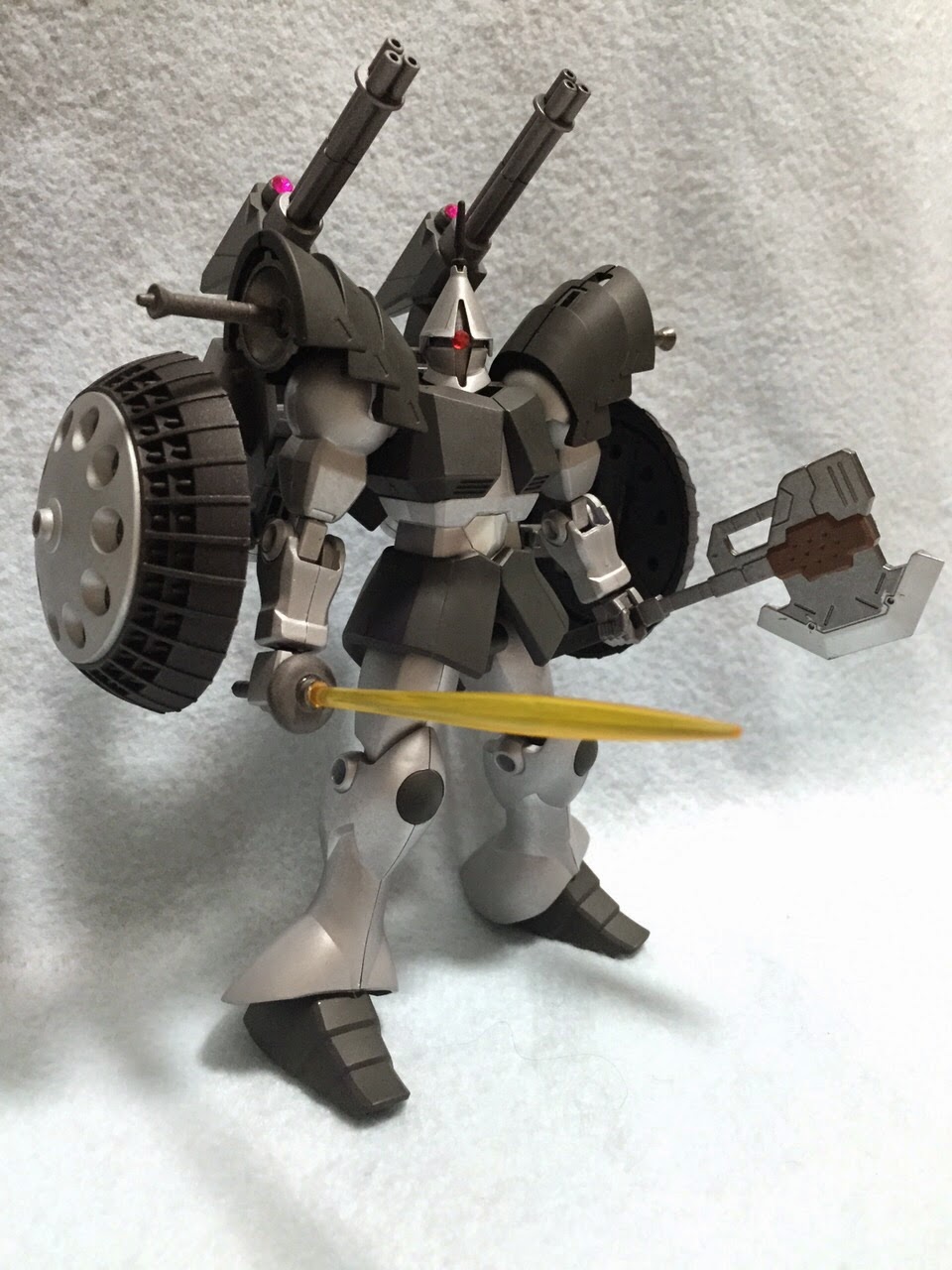 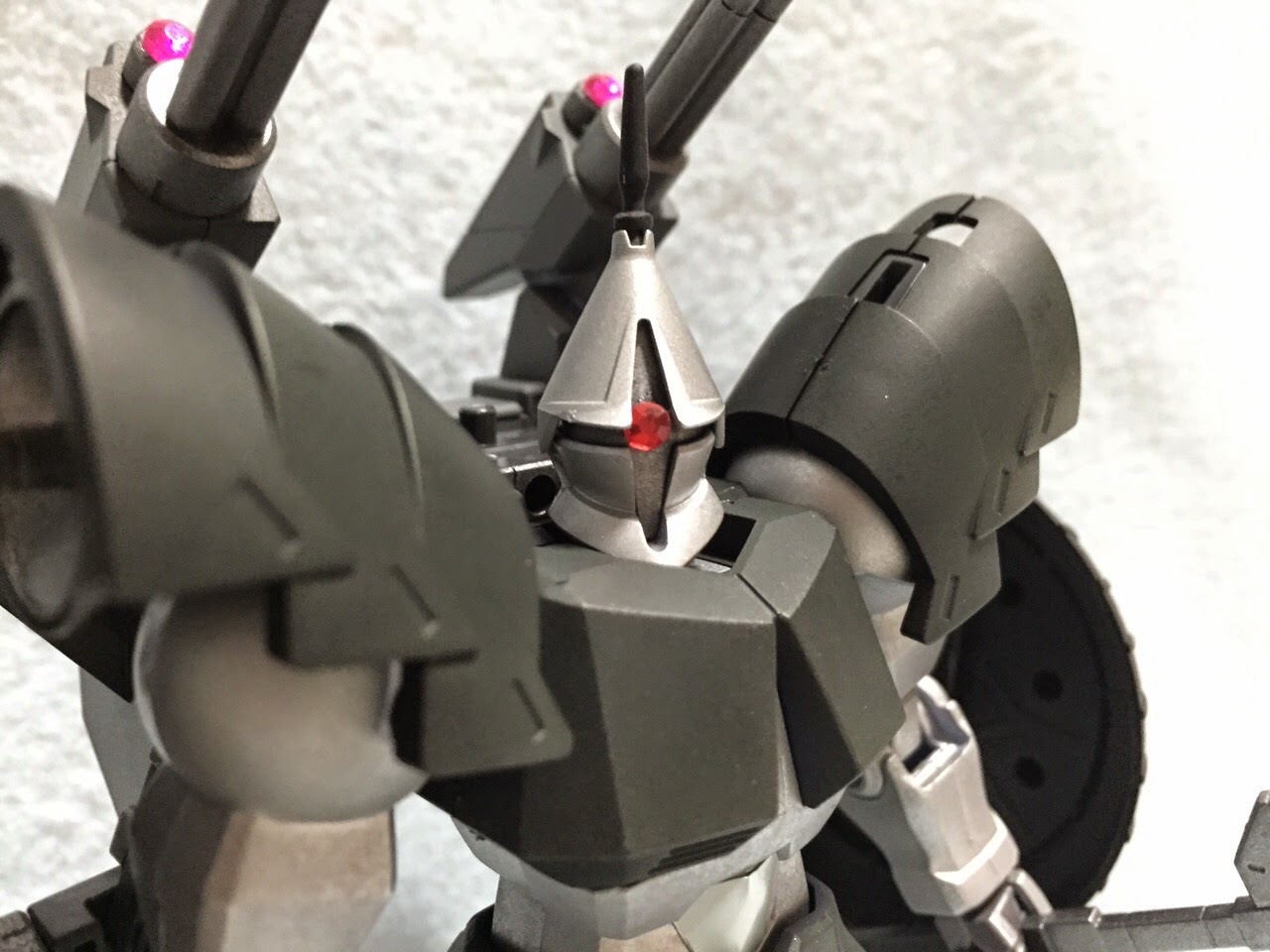