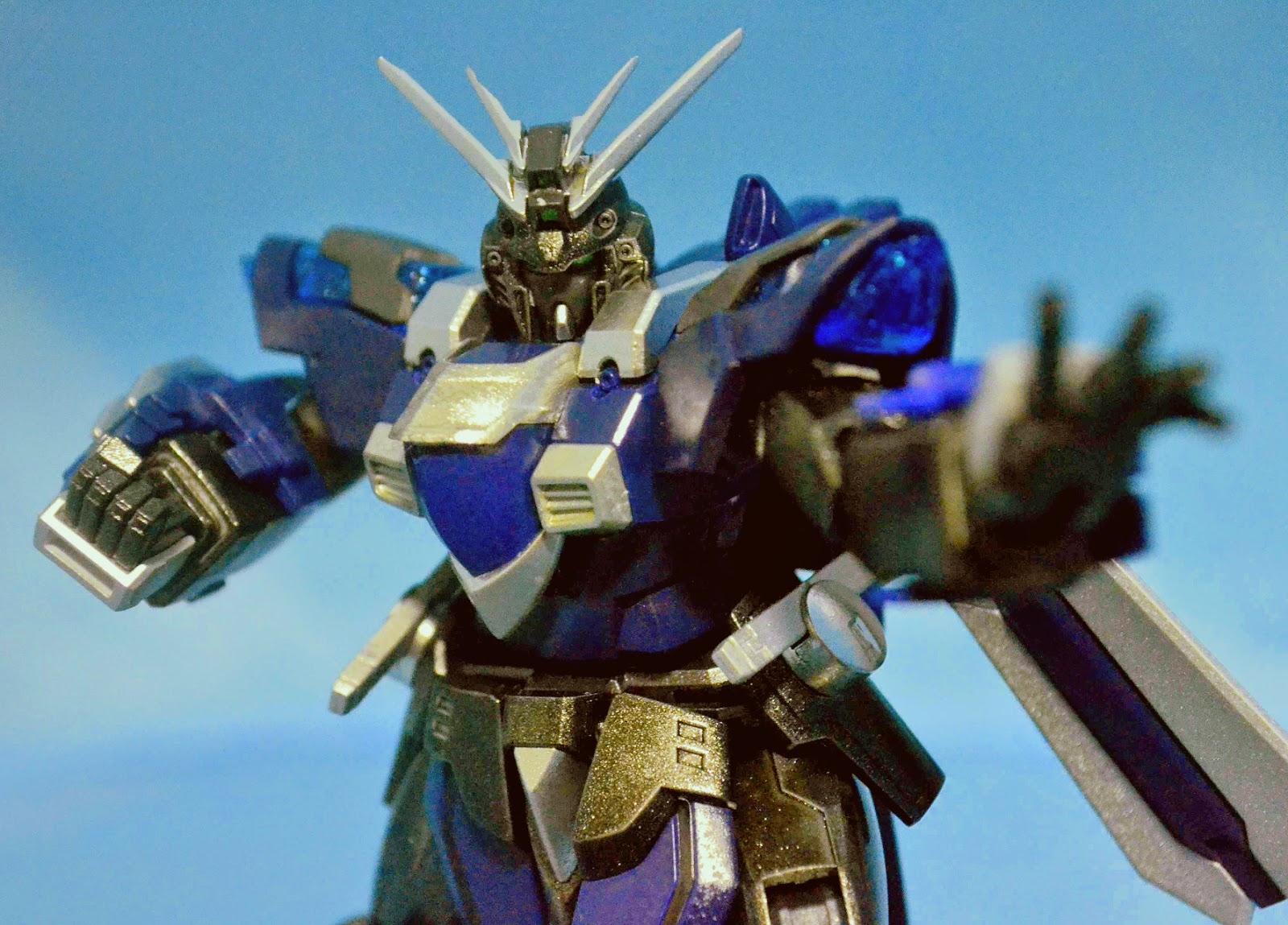 Junya Inose caused quite a stir when he appeared in Gundam Build Fighters Try, causing a ripple of worry within the reigning Gunpla Academy team, coach Allan inclusive. Therefore, it is safe to say that Junya's knowledge of martial arts and the mental fortitude required to make his Gunpla execute lethal moves caused some degree of trouble for the Gunpla Academy.


That said, we didn't really get a clear exposition on Junya's history, only a lengthy interlude into his history with Sekai Kamiki, both being schooled in the screamy Jigen Haoh style of martial arts taught by Domon Kasshu (come on, don't deny that that's not him in episode 25). What the anime didn't show is how he got his hands on the high-performance Denial Gundam, a custom-made Gunpla that won't be on the shelves of G-Muse. From the ongoing Gundam Build Fighters Amazing manga series, we find out that the Denial Gundam is created from the Cathedral Gundam, a gold-tinged Gunpla built and operated by the brutal Meijin Kawaguchi the Second. Although the manga still hasn't revealed much about the shadowy Meijin, we can speculate that Tatsuya Yuuki defeated the Second Meijin with his Trans-AM Hi-Nu Gundam Vrabe, wrecking the Cathedral and putting the Second Meijin into a coma as seen in the first season of Gundam Build Fighters before claiming the title of the Third Meijin. What's left of the Cathedral, namely the head and torso, then wound up in the possession of Team Titan through unknown means, and ultimately became the Denial Gundam after being tuned by Team Titan's ace, Junya Inose.

Although the anime series isn't very clear on this, the Denial Gundam seems to be built by perhaps the manager of Team Titan, and not by Junya himself, who said that he only tuned it for his use. What this means is that he could have added parts to the Denial that are more reflective of his fighting style, perhaps reinforced joints so as to better deliver Gunpla-crushing moves. More of a fighter than builder, Junya could not possibly have installed the Plavsky emission system in the Denial, likely a feature incorporated by the Second Meijin and left in the Cathedral's torso.

So the God Breaker Gundam is one possible Gunpla that Junya Inose could have built. The base Gunpla is a no-brainer, since the God Gundam is favoured for close combat applications, which ties in nicely with Junya's expertise in the various martial arts. The God Breaker retains most of the God Gundam's original weapons: the head vulcans, machine cannons, twin beam sabers and "God Slasher" gauntlets, since it is still no-holds-barred Gunpla Battle.

A popular feature in Gunpla Battle seems to be clear parts, which ostensibly serve as Plavsky Particle storage/emission devices. The God Breaker has a few of these installed in the shoulders and legs, serving as storage systems and also psuedo-GN Power Lines to deliver particles to particular parts of the structure in order to amplify the damage dealt. These clear parts also serve as the God Breaker's deus ex machina: the Breaker Burst. 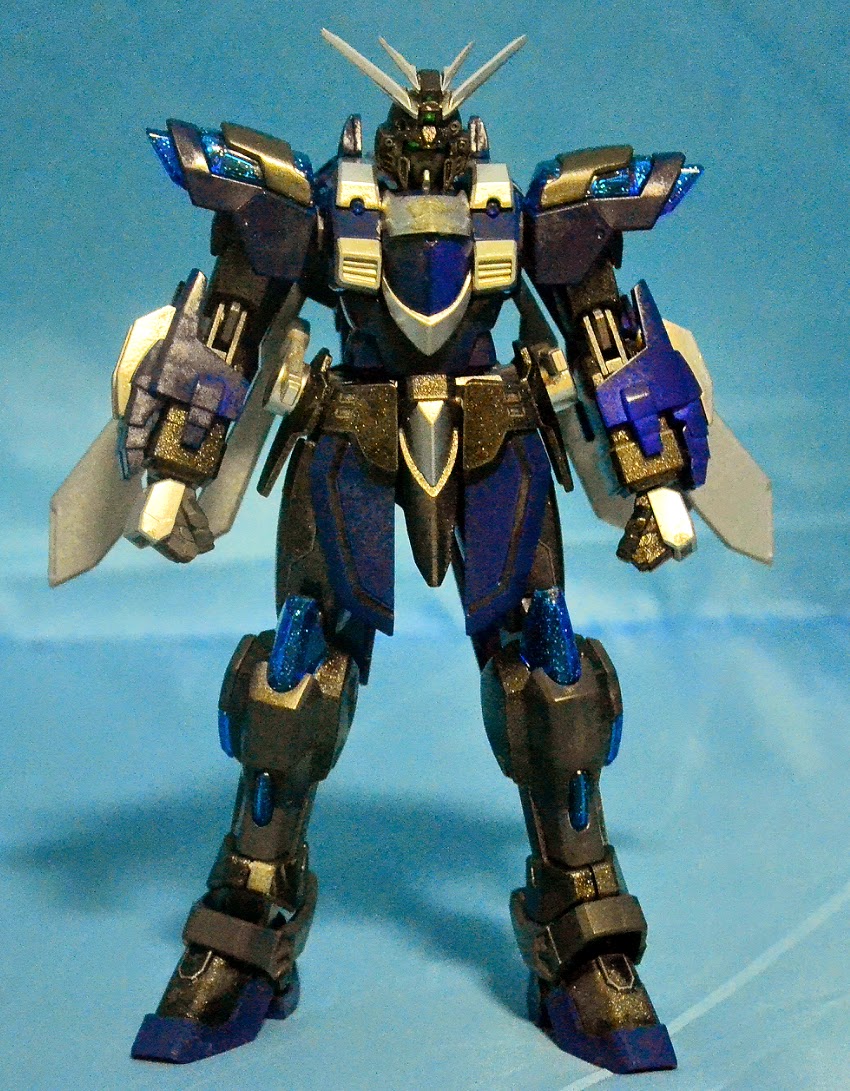 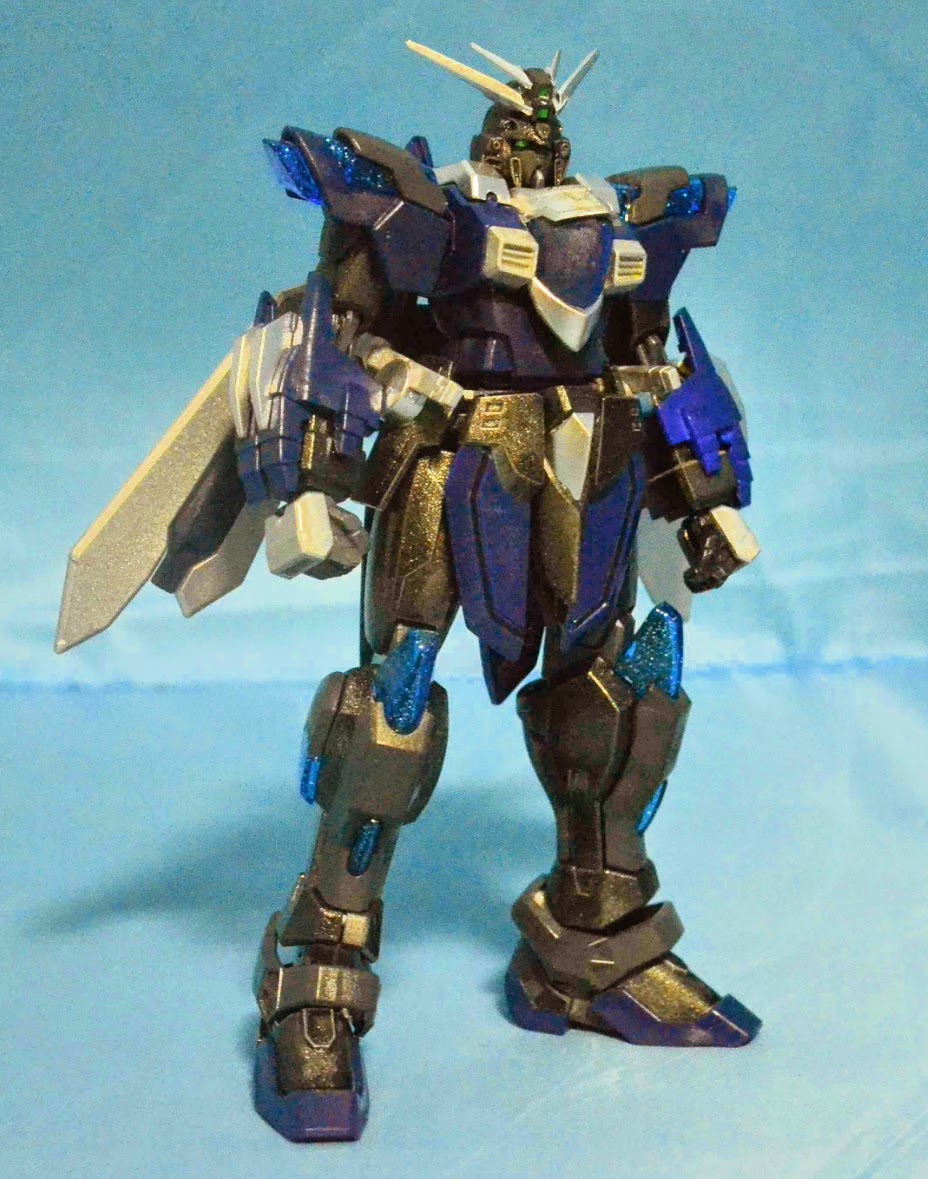 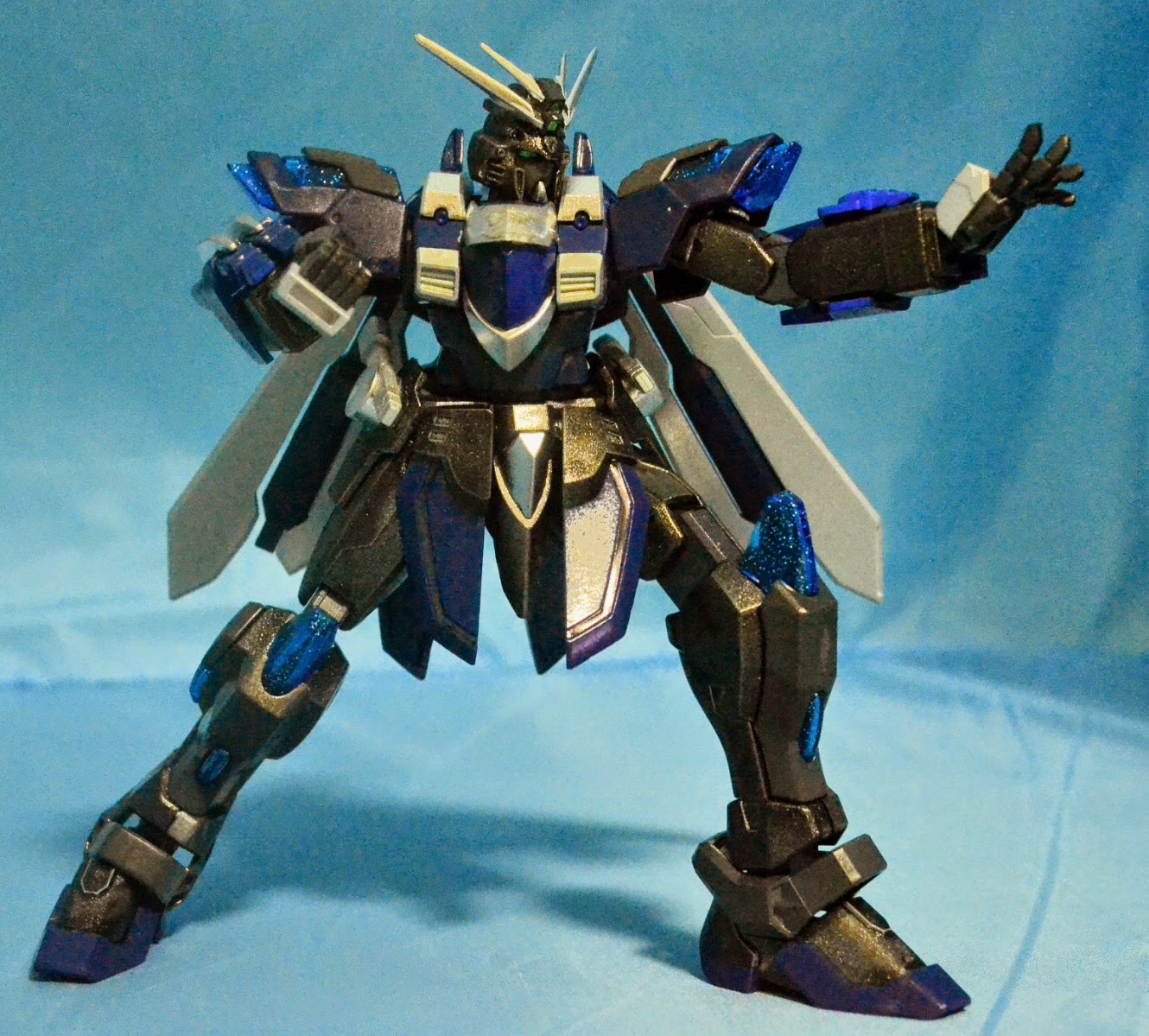 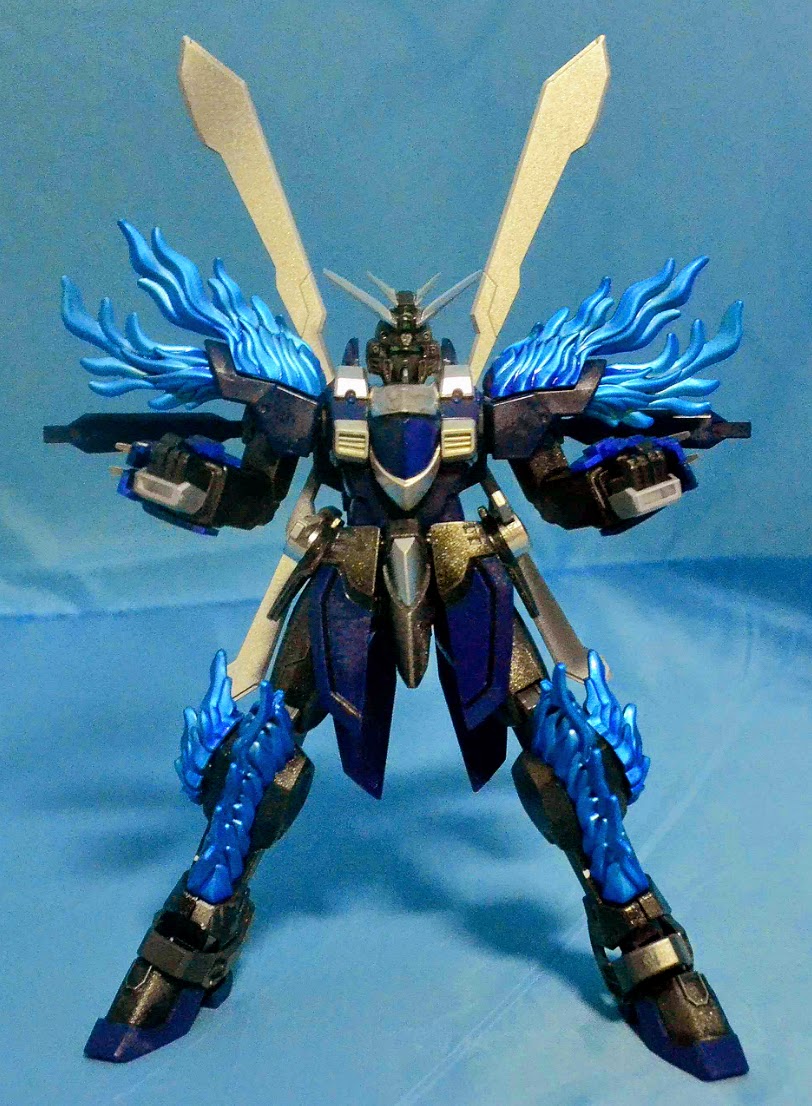 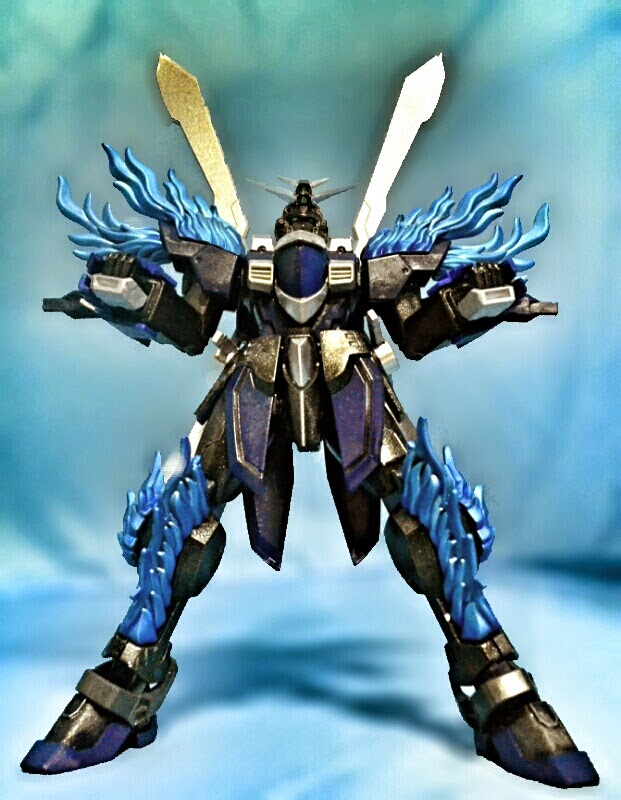 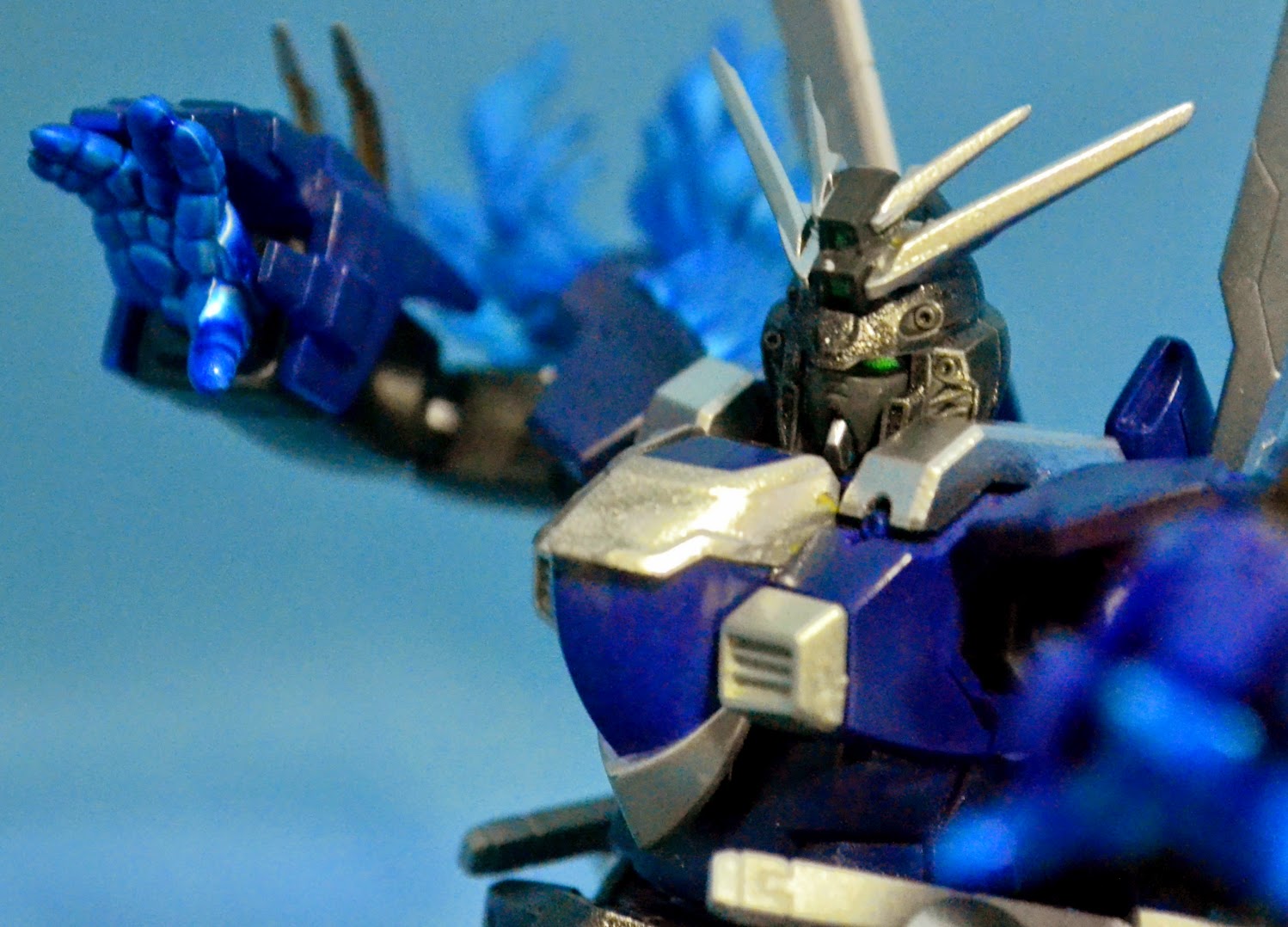 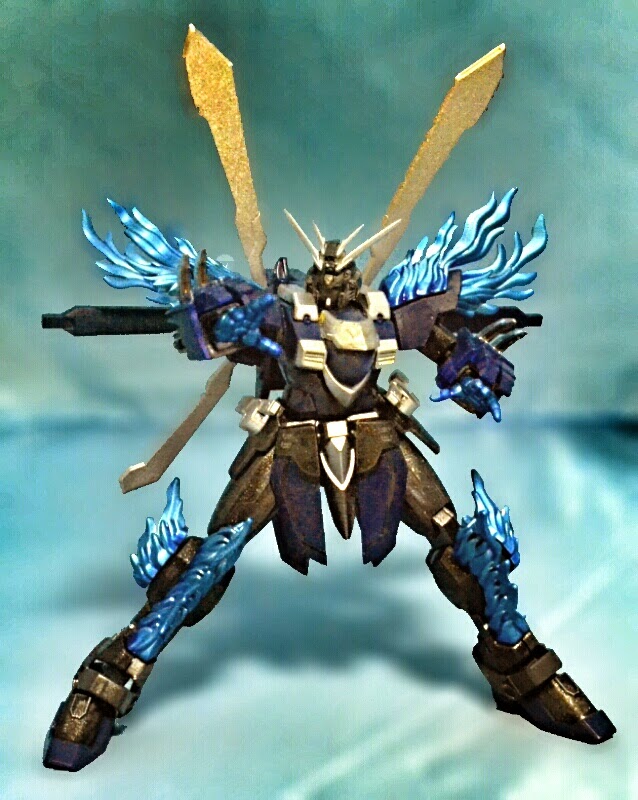 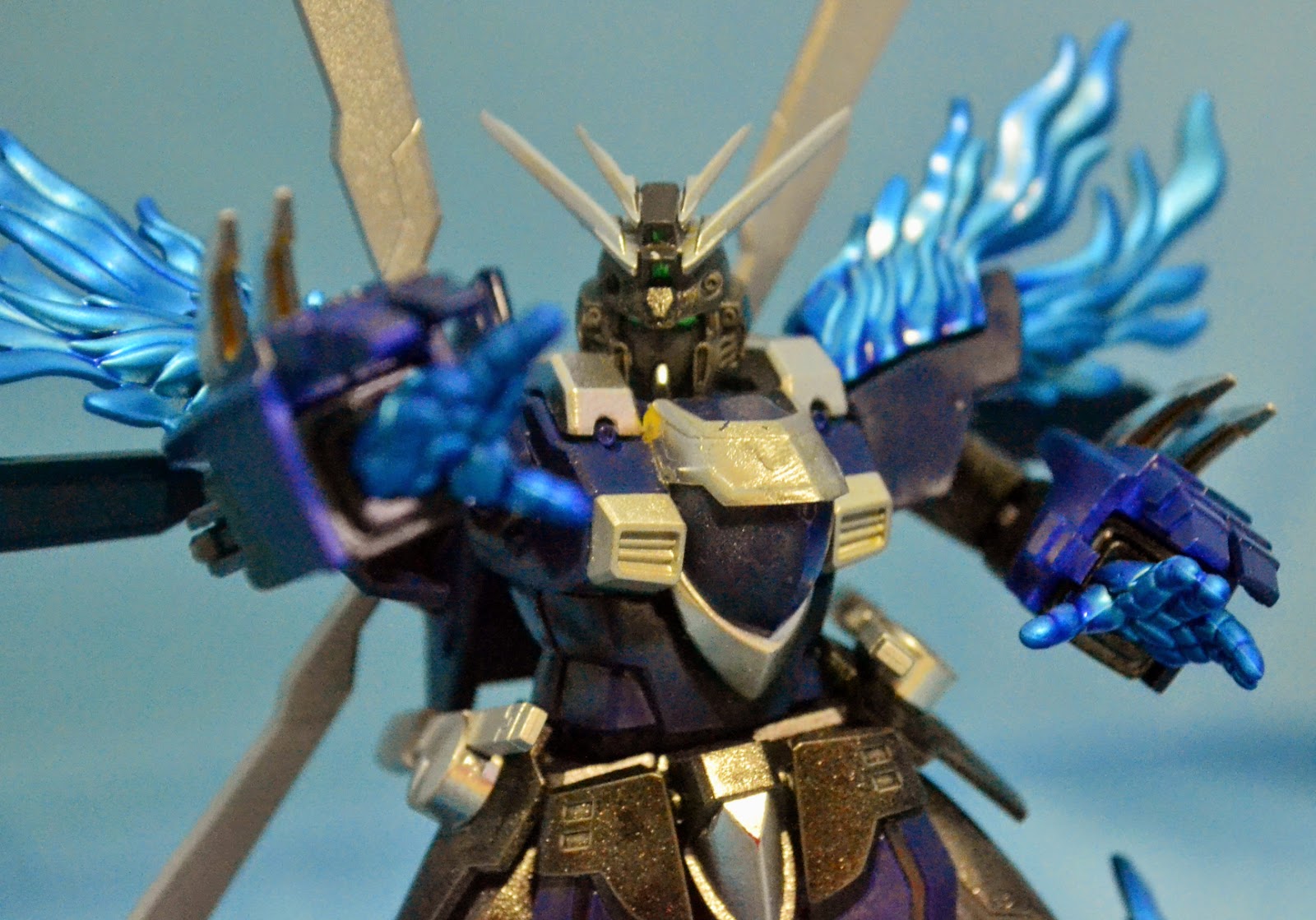 Posted by Gunplanerd at 9:42 PM