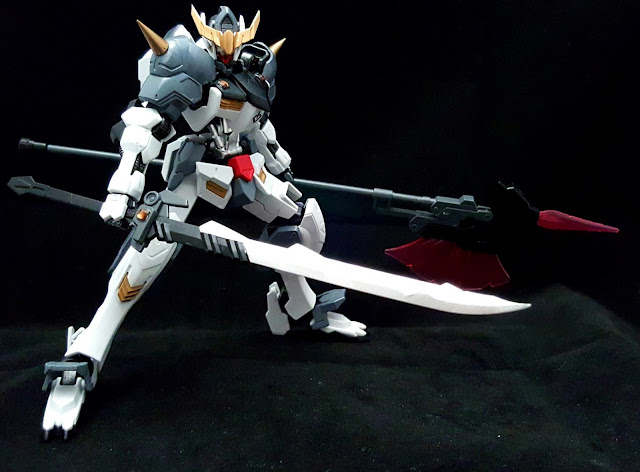 The latest Gundam to hit the franchise gets a speedy GPN custom (still WIP though)!

Basically, the idea of this custom is that this is the version of the Barbatos that appeared during the Calamity War 300 years before the events of Iron Blooded Orphans, before it was being used as a power bank by CGS. As a more combat-oriented Barbatos as compared to the one that gave Orliss' Graze a mace to the face, the Calamity War version of the mobile suit is outfitted with more fearsome (and effective) weapons of war.

Due to the applications of Nano Laminated Armor on mobile suits active in the Post Disaster timeline, melee striking weapons are preferred to deal crippling damage to enemy targets. This is most evident in episode 1, when the cannons on Danji's Mobile Worker couldn't even scratch the armor of Orliss' Graze, while the assault mace of the Barbatos nearly beheaded the same adversary. In the same vein, the Calamity War Barbatos is equipped with a longsword and a beam halberd, one of the few beam-based weapons that was able to be used by the Barbatos due to its dual Ahab Reactors. 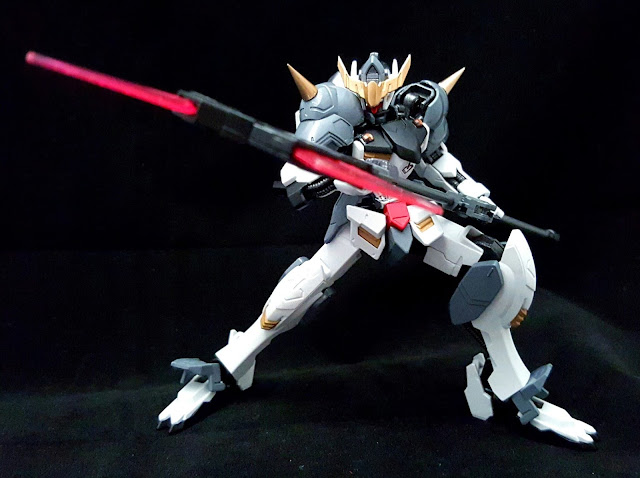 If a simple assault mace is able to crush the head unit of a Graze with a single strike, a beam bladed halberd will cut through mobile suit armor like a hot knife through butter. The long reach of the weapon, combined with the dexterity of the Barbatos, made life a living nightmare for enemy mobile suits brave enough to face the Barbatos during the Calamity War. However, due to the high energy requirements of the beam emitters and the toll it exacts on the Ahab Reactors and subsequently the pilot, the Barbatos could only use the beam halberd for a limited amount of time, relegating the weapon to secondary usage while it cuts down its enemies with a more traditional weapon. 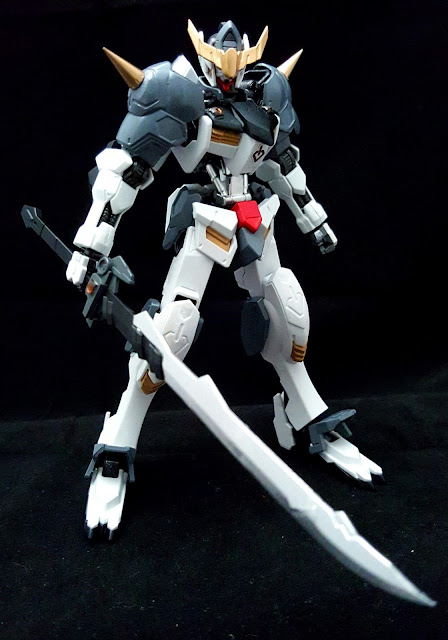 The Calamity War version of the Barbatos packs a different, more elaborate and lethal variant of the longsword for close quarters combat. Although the blade length is shorter than the Teiwaz one used by Mika, the edge of the older blade is thinner, keener and lighter, allowing the Barbatos to make near-surgical strikes at critical points in the enemy's frame. A longer sword grip also allowed the Barbatos to commit more force delivery into its swings, causing phenomenal damage to mobile suits unlucky enough to be in its warpath. This sword, combined with the Barbatos emphasis on agility, gave enemy combatants no respite nor quarter.

The best part is, the mechanical designer for the Kotobukiya MSG 14 Samurai Sword 2 is the same person behind the Barbatos' design. Naohiro Washio!

WHAT ARE THE ODDS?! No wonder it's a perfect fit! 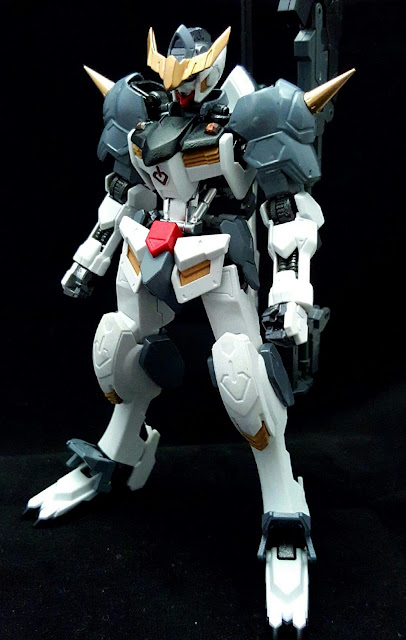 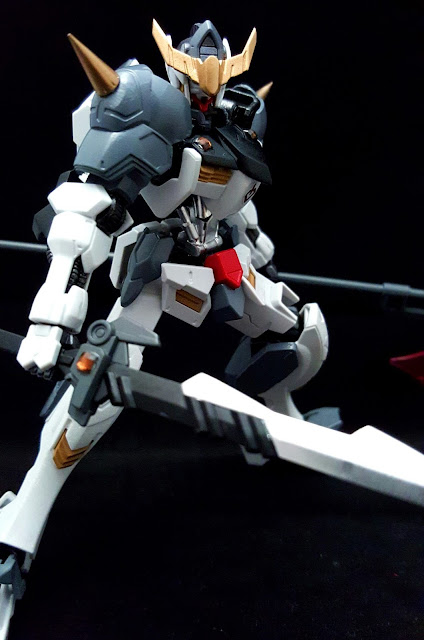 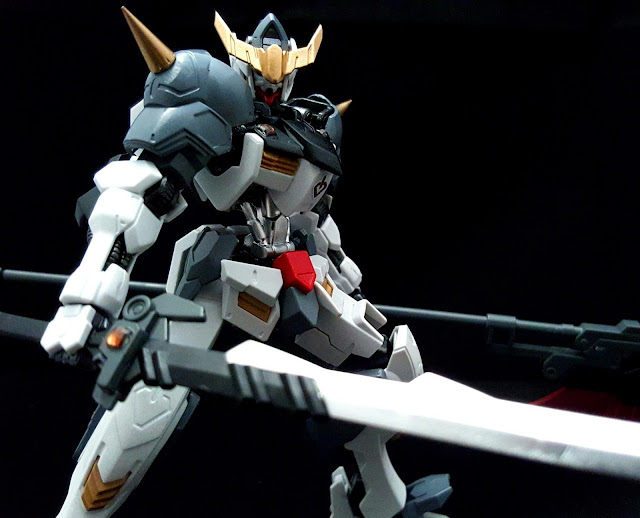 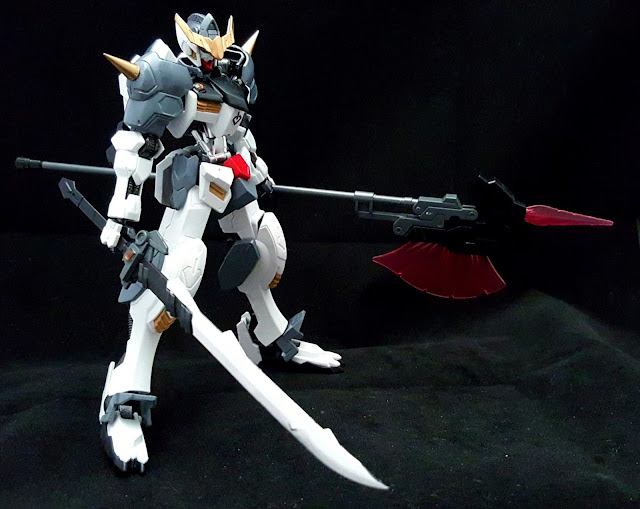 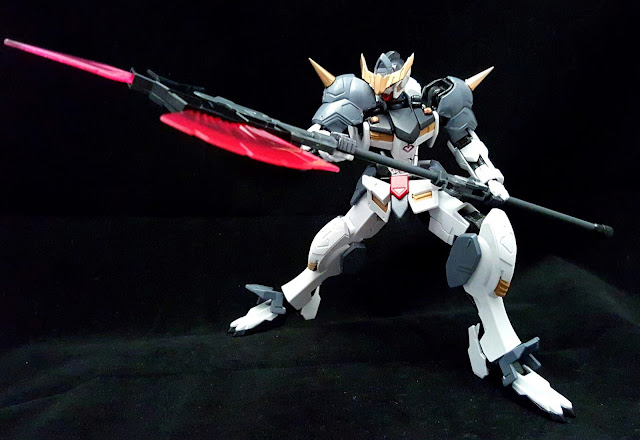 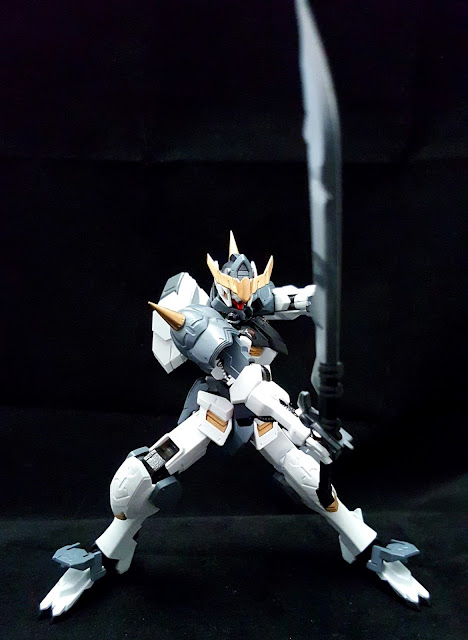 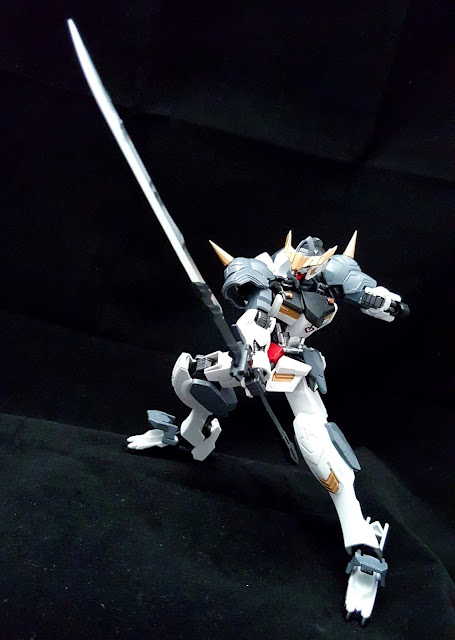 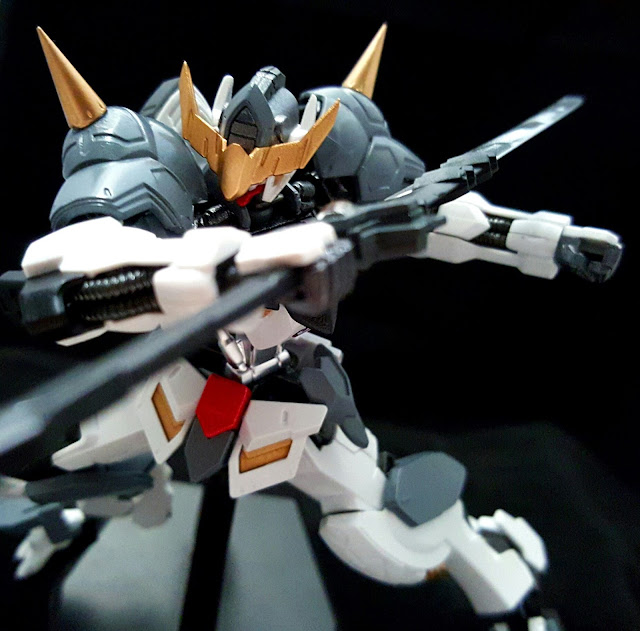 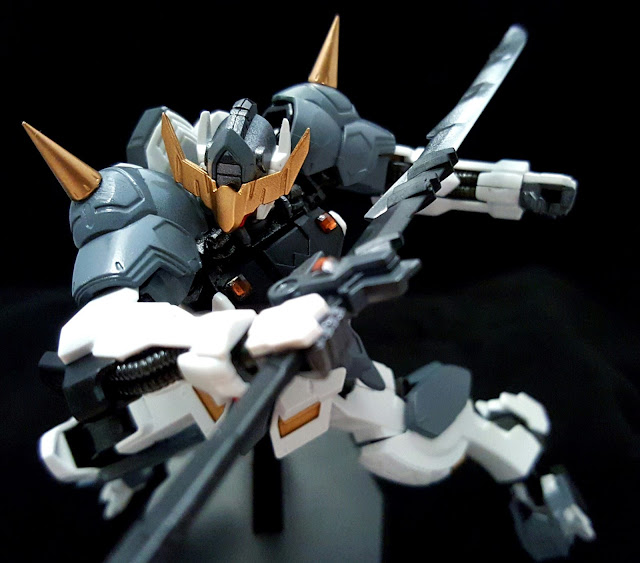 Posted by Gunplanerd at 8:54 PM