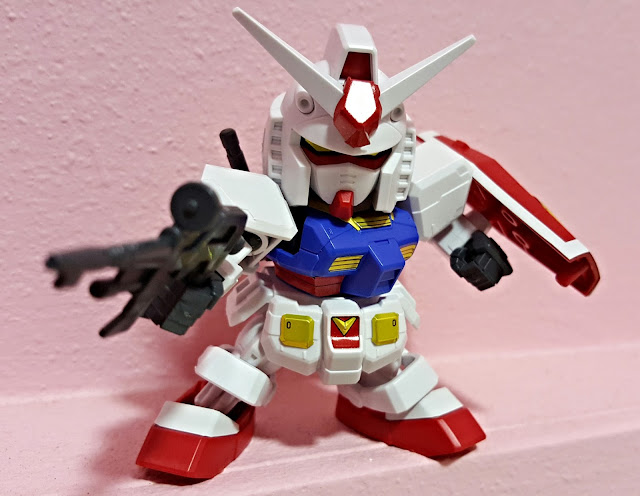 The new SD line was announced to decidedly mixed reviews. On the one hand, there are people who lauded the new design perspective for these refined SD kits, incorporating elements from the other grades into cutesy frame. On the other hand, the lack of colour separation and the amount of work required to beautify the kit can be deal breakers for some. Nonetheless, the new SD line is the culmination of Bandai's renewed foray to rejuvenate interest in one of the oldest product lines in its inventory. 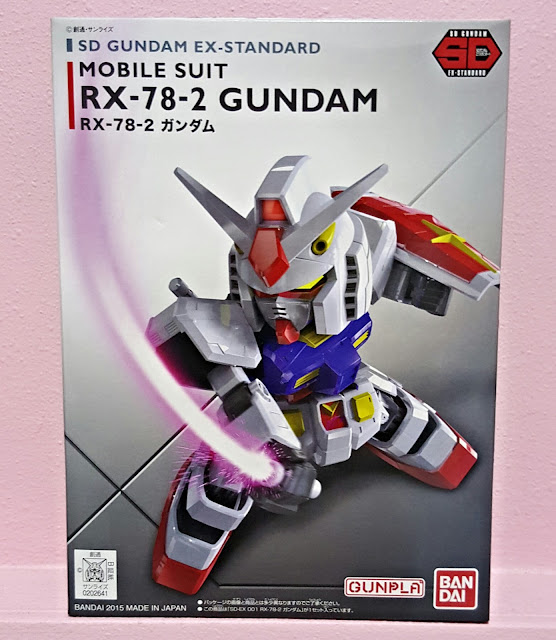 In a nutshell, the EX-Standard series is basically a Real Grade (RG) line for SDs: revised proportions (revised may be too gentle a word here), greatly increased level of detail and superior articulation. Part count however, remains the same as regular SDs, although some older SDs definitely feature more parts due to their equipment. 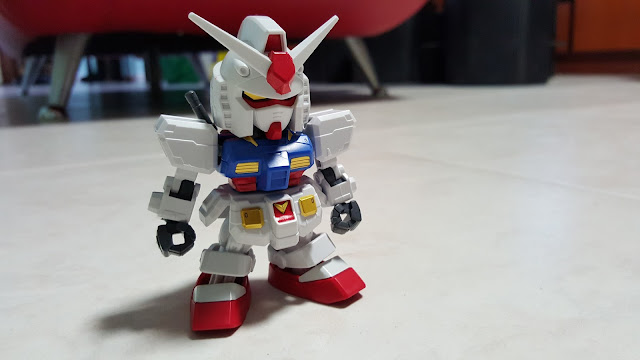 Out of the box, the EX-Standard Gundam actually looks sharp, if you can overlook the sticker hell you have to go through to finish the kit. For the sake of cost and ease of mass production, colour separation took a back seat. Stickers are present for the yellow areas, some shiny grey area on the colour and the whitish outer rim of the shield. There are even stickers for the RED coloured sections, when there is a runner molded in red. The sticker for the red head crest is an exercise in patience, with at least eight edges for you to fiddle and fold and finally fit it onto the single V-Fin + head crest combo piece. Thankfully, most of the stickers go on fairly easily, but I would recommend ditching the stickers altogether (save the one for the eyes) and doing some painting instead.

The articulation for this SD kit is fascinating, to say the least. Instead of the usual torso turn and half-assed arm raises, the EX-Standard Gundam can strike a variety of dynamic poses, especially in the arms. The design allows for it to bend almost 90 degrees upwards, effortlessly pulling off a beam saber drawing stance. The legs however, don't see much innovation, with only an improved ankle design that allows for a greater range of movement in the feet. Coupled with an action base, the EX-Standard Gundam is pretty fun to play with!

One widely-marketed gimmick for the EX-Standard line is the combining feature of the weapons and assorted parts. This is actually pretty neat, as the beam saber can be attached to the skinny beam rifle as a makeshift beam bayonet, and the entire contraption can then be affixed onto the inner side of the shield to make something out of the original Power Rangers. Look forward to more crazy combinations as more kits from this line roll out.

All in all, the SD EX-Standard series presents a new dawn for SD collectors. With the low price, great detail and superb articulation, there is definitely potential for customs and kitbash builds. 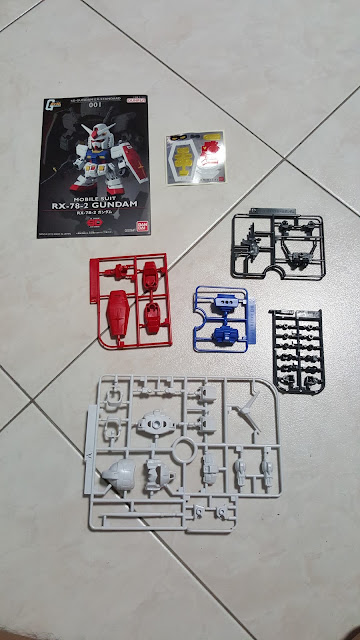 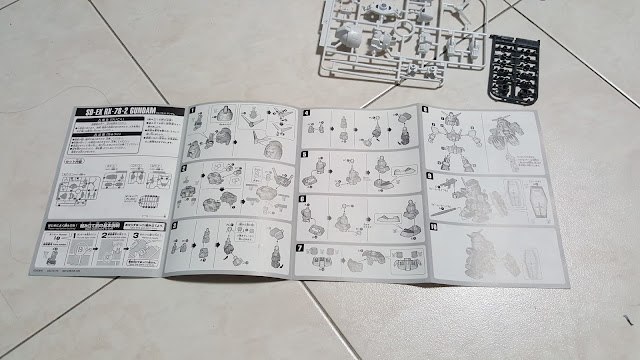 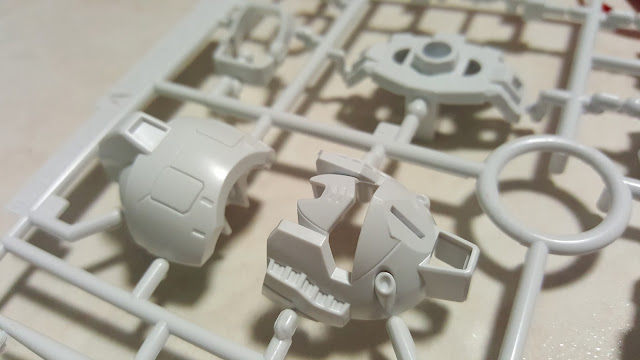 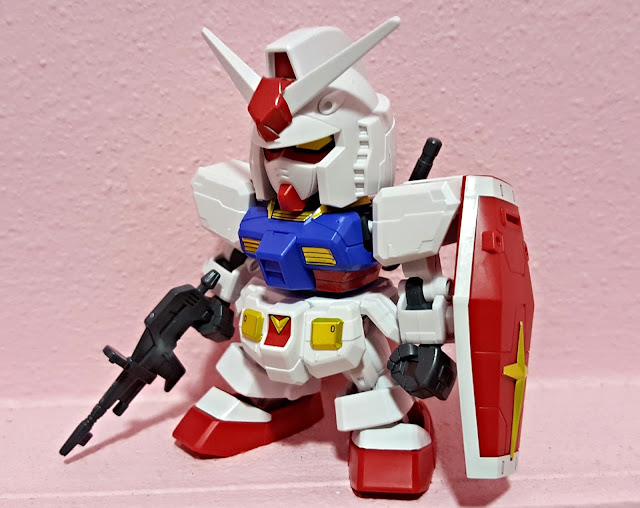 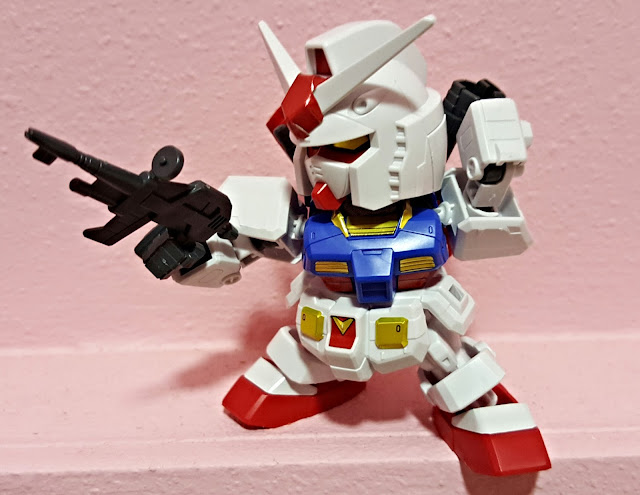 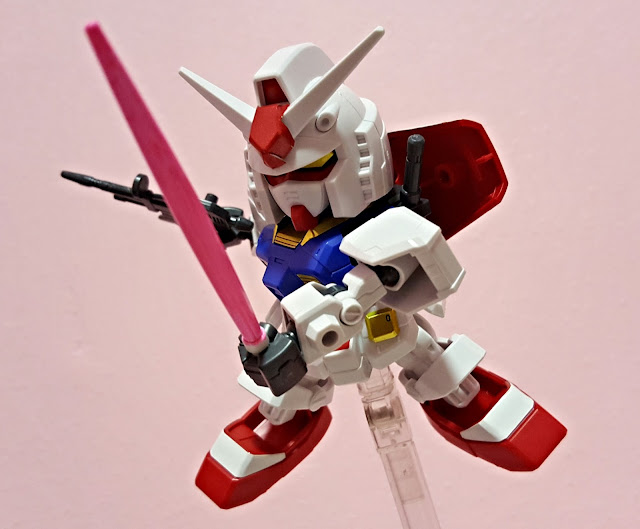 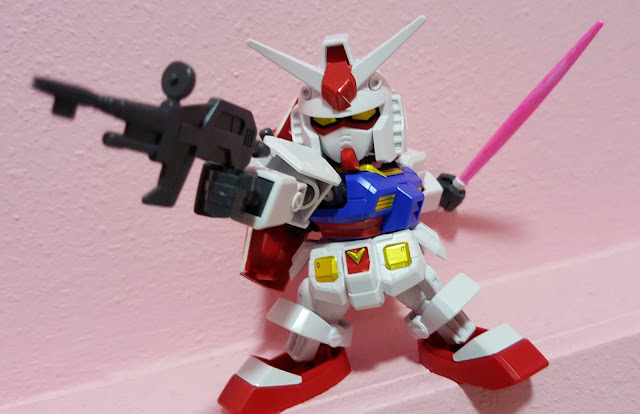 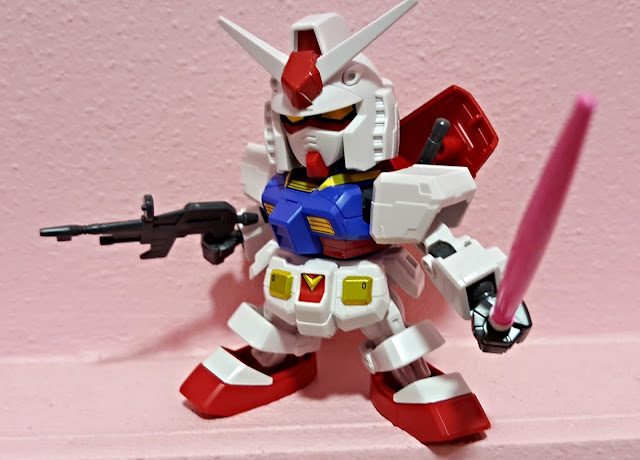 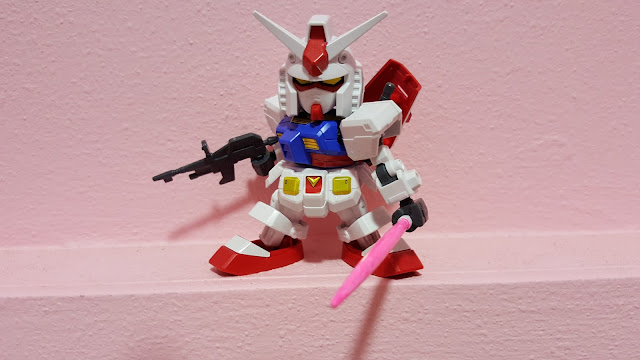 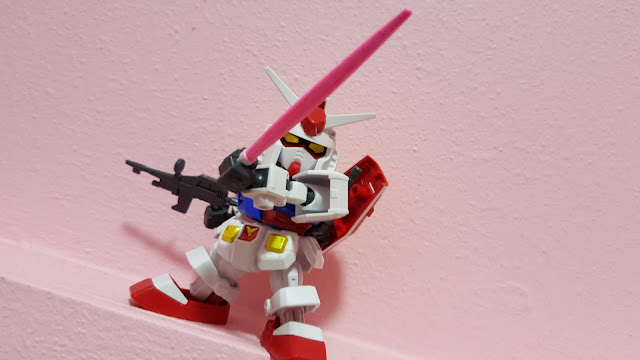 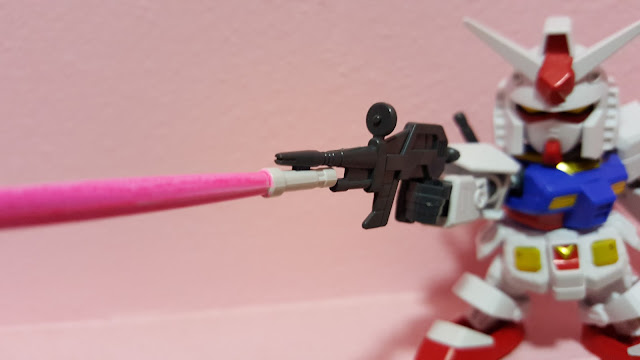 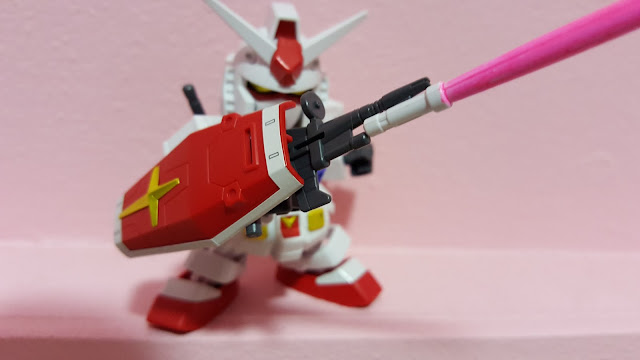 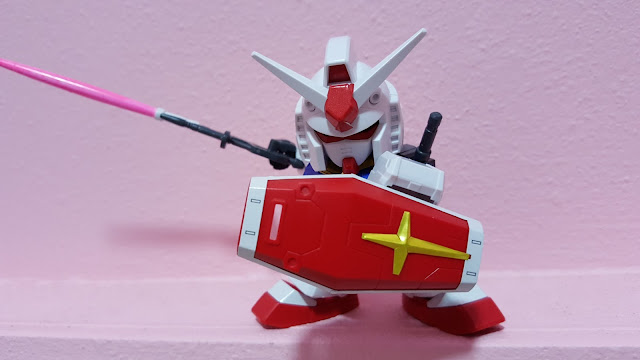 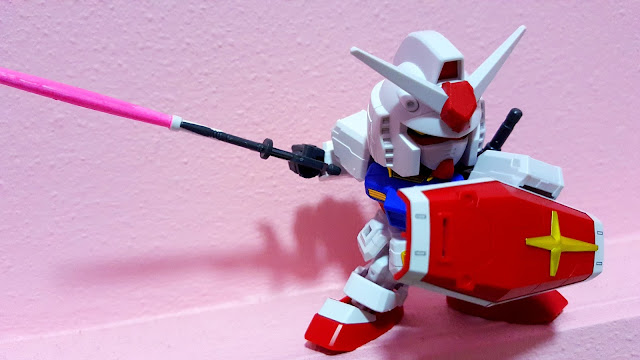 Posted by Gunplanerd at 5:09 PM