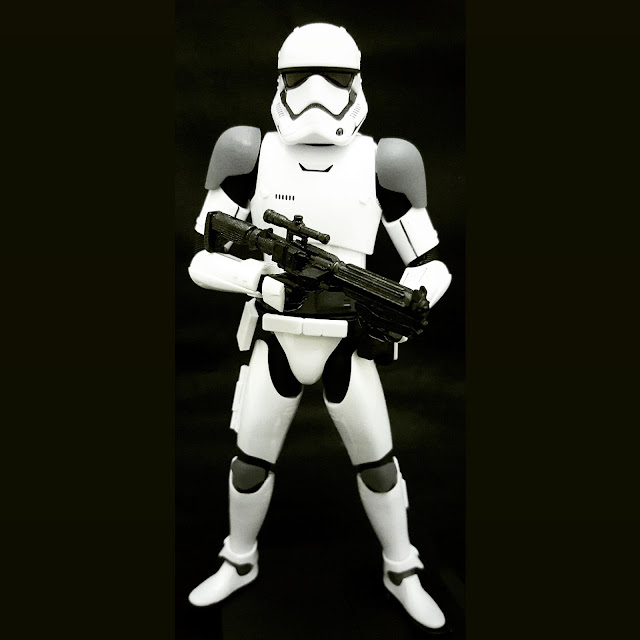 Not gonna lie, this version of the Stormtrooper is much more badass than its Galactic Empire counterpart: a revised "black tears" helmet design, more tactical use of equipment pouches on the armor as well as a slew of awesome weapons, like that kickass stun baton!

The kit itself is rather plain, with the white parts have a super glossy, almost shiny finish that reminds you of Stormtroopers from the first trilogy. The rest of the kit features a single tone of black, which although is the secondary colour for a Stormtrooper, still leaves much to be desired. The new blaster too, is all black, so some dexterous hand painting is needed.

Overall, it's a very fun build and a fun kit to play with, especially with that stun baton! 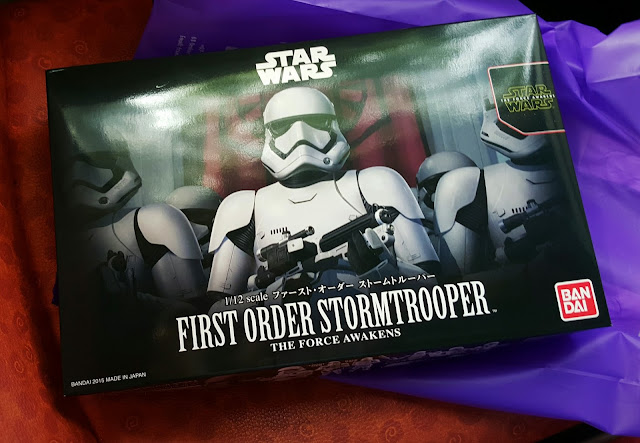 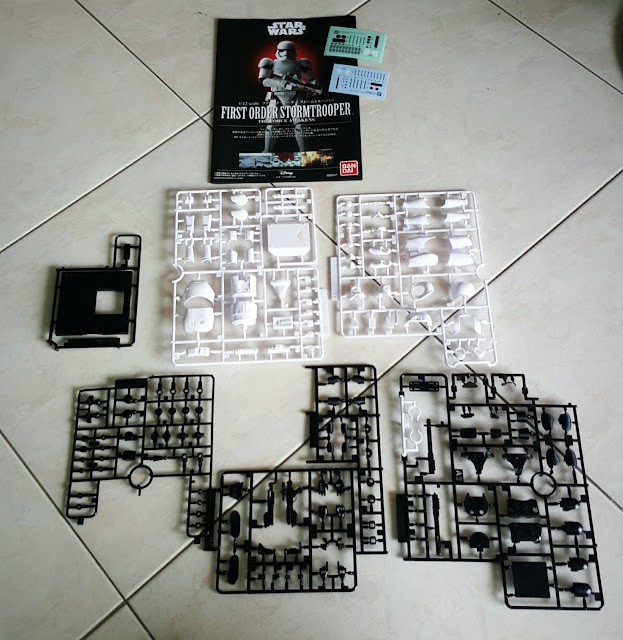 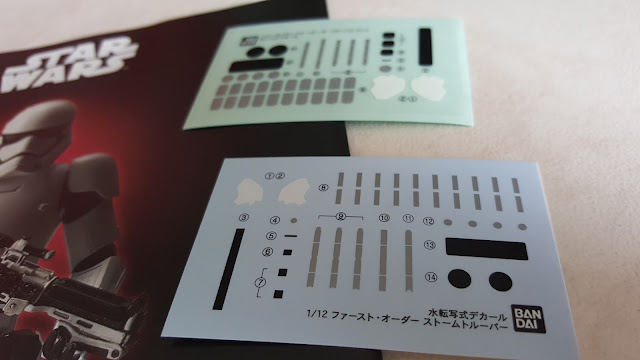 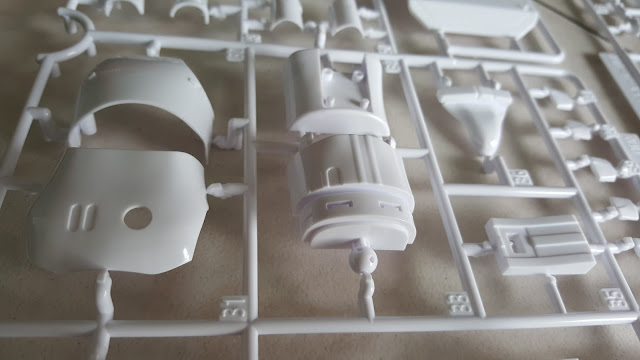 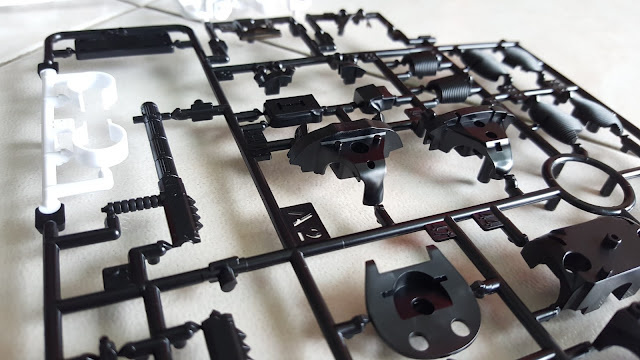 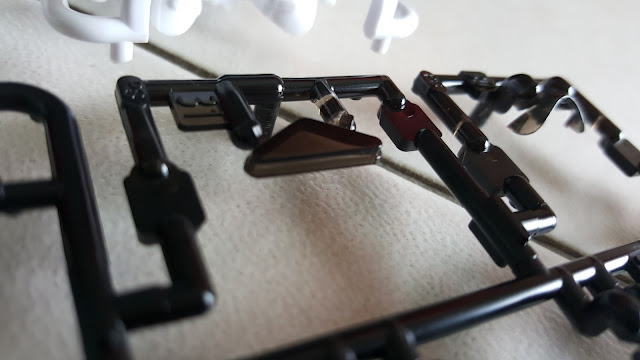 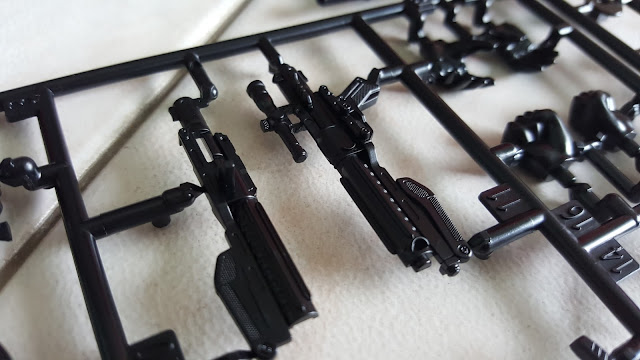 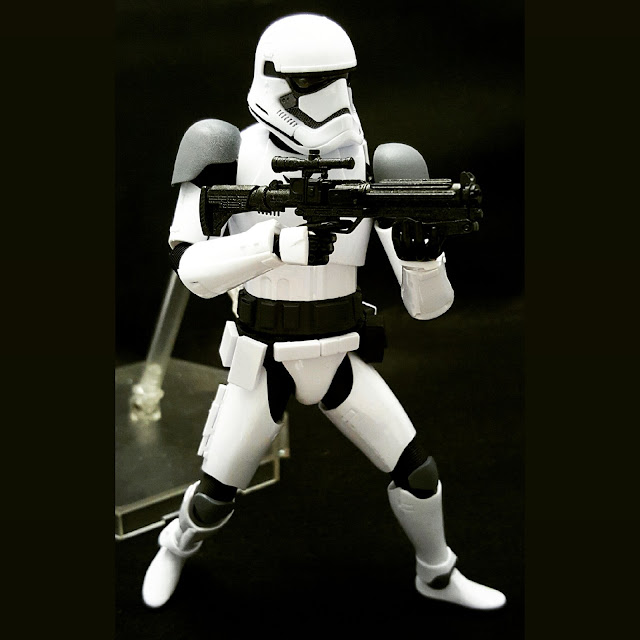 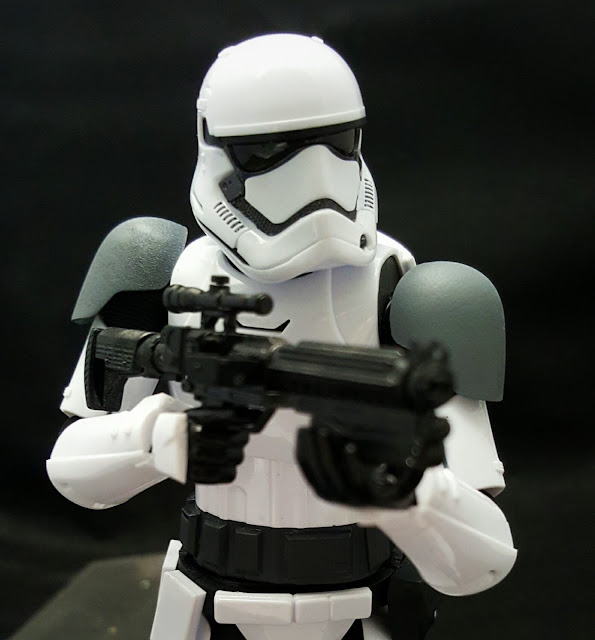 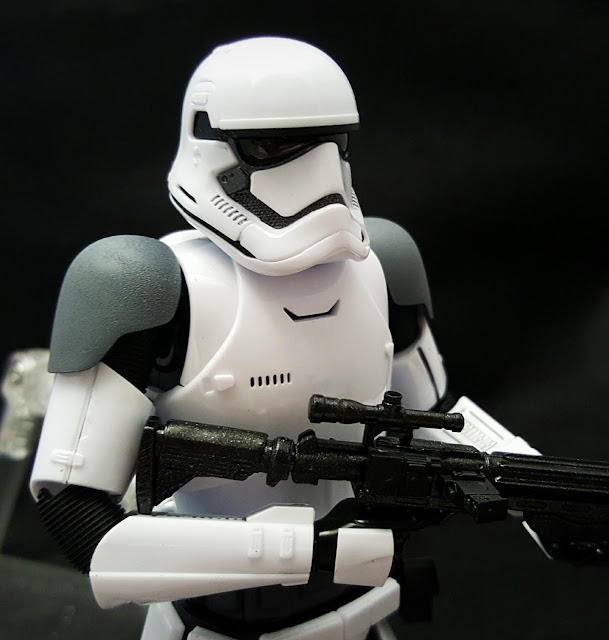 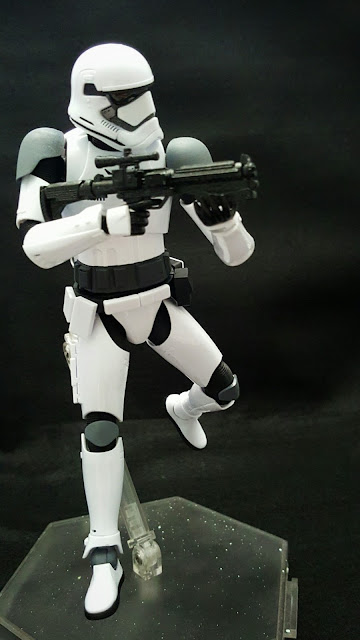 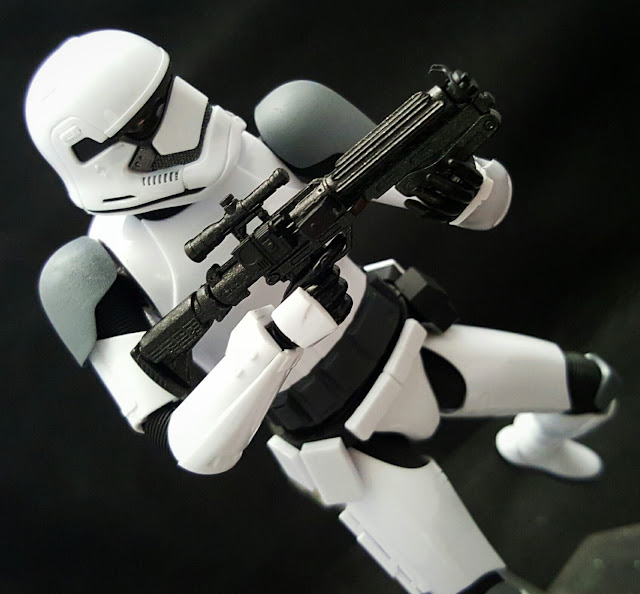 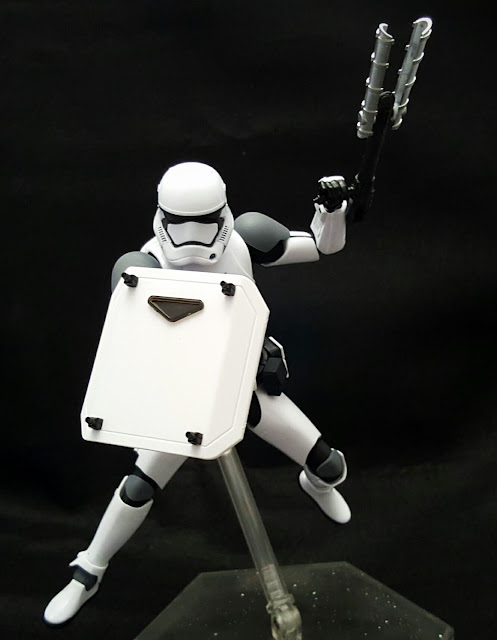 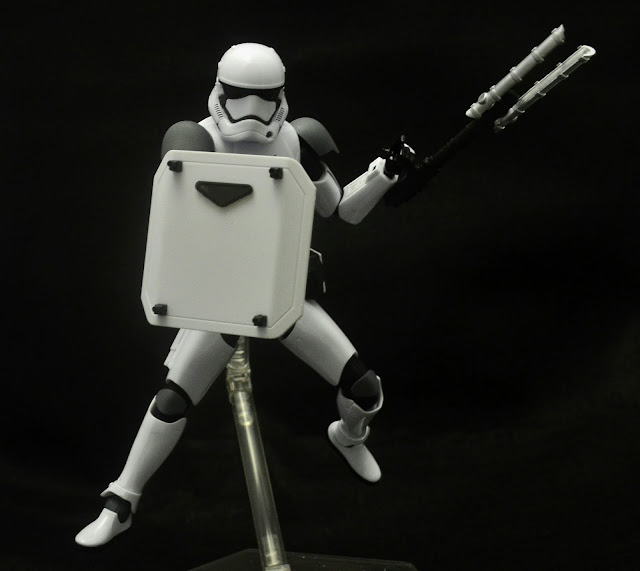 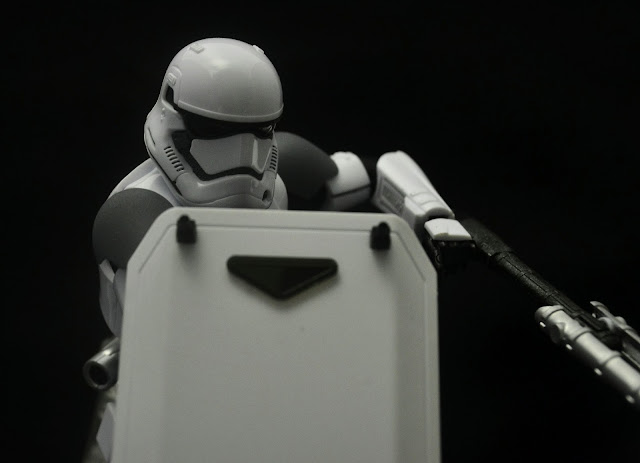 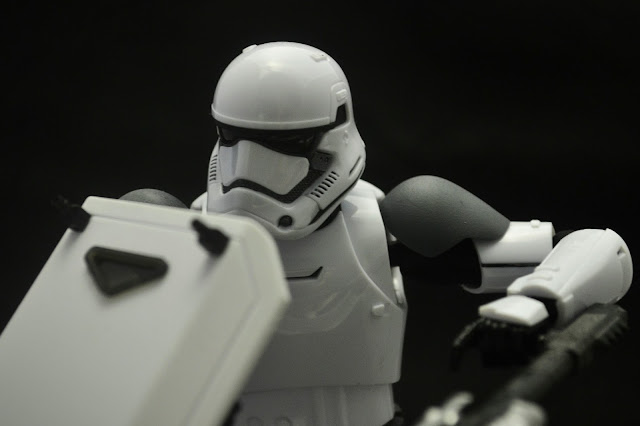 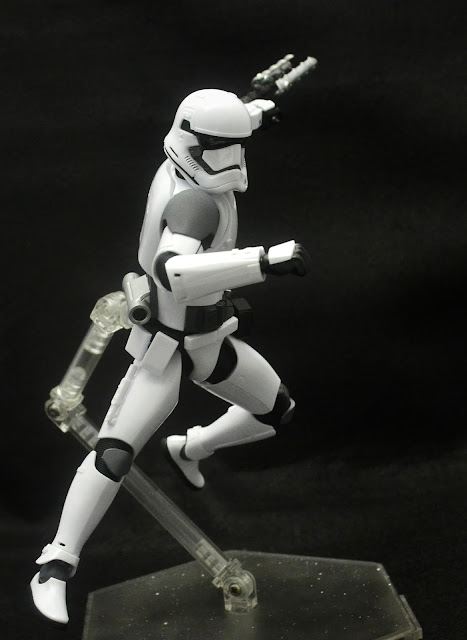 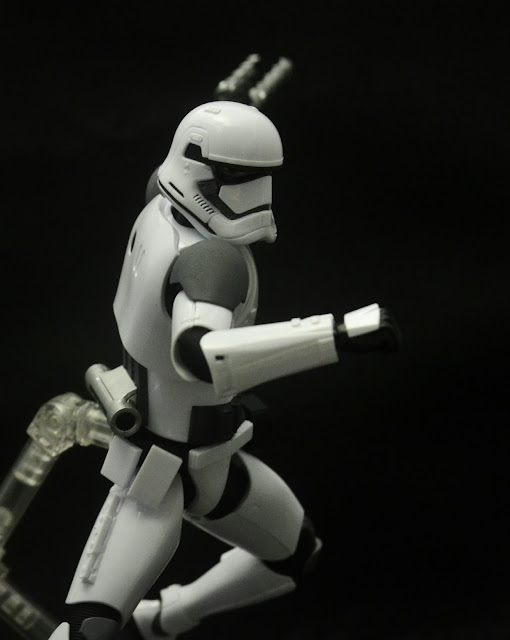 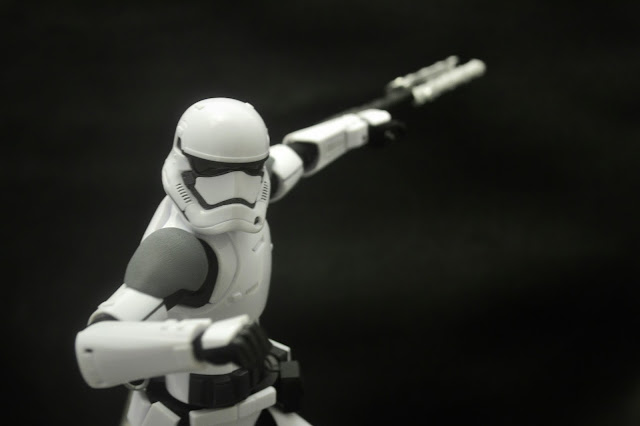 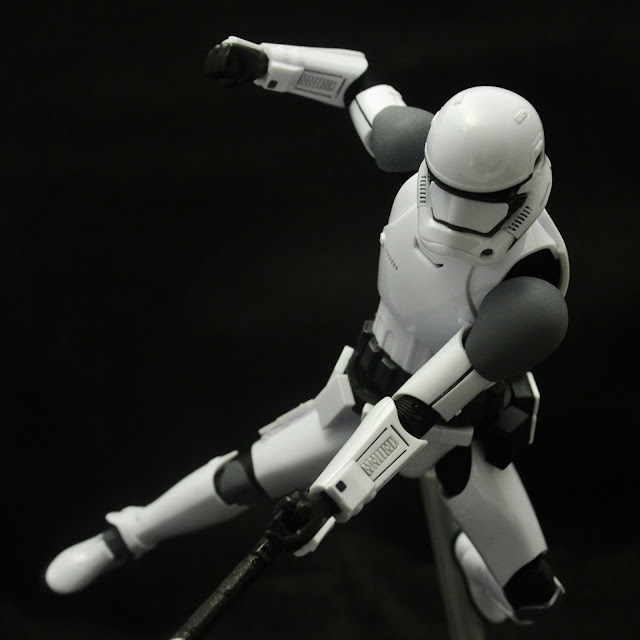 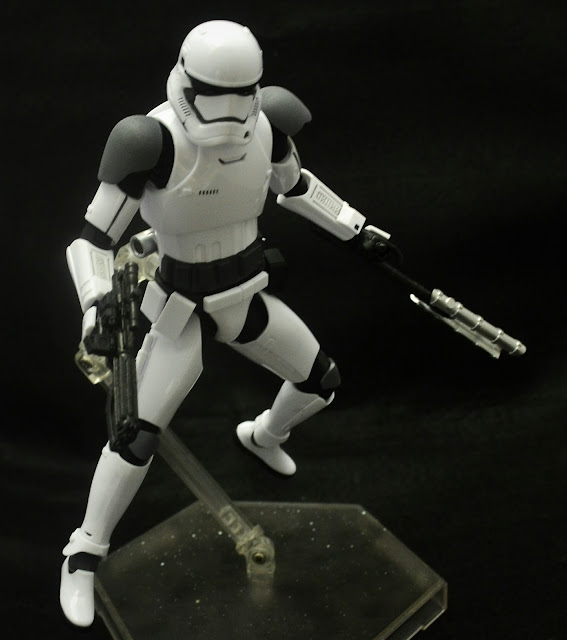 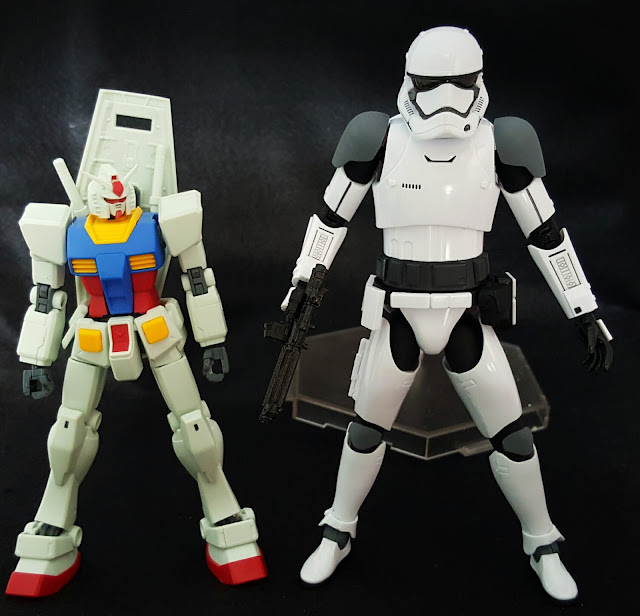 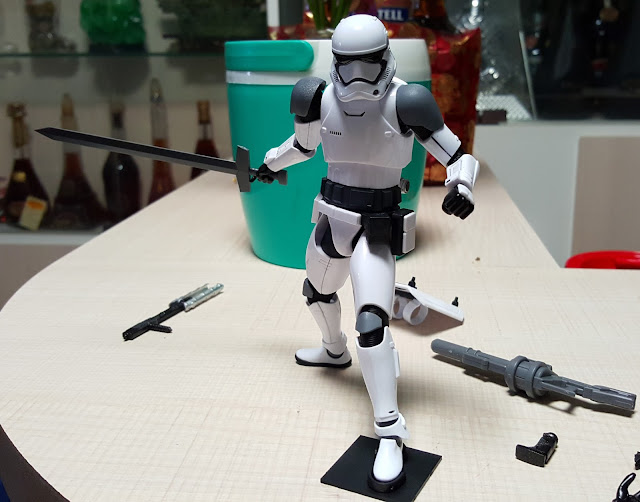 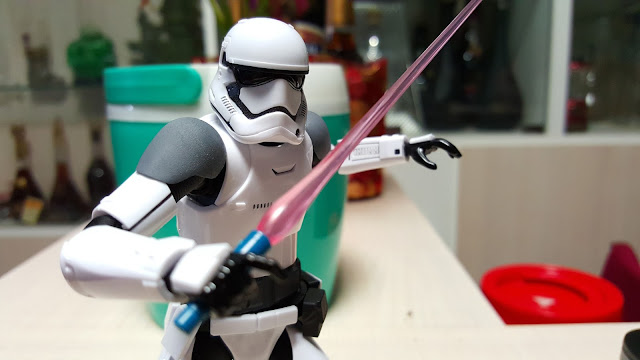 Posted by Gunplanerd at 6:27 PM