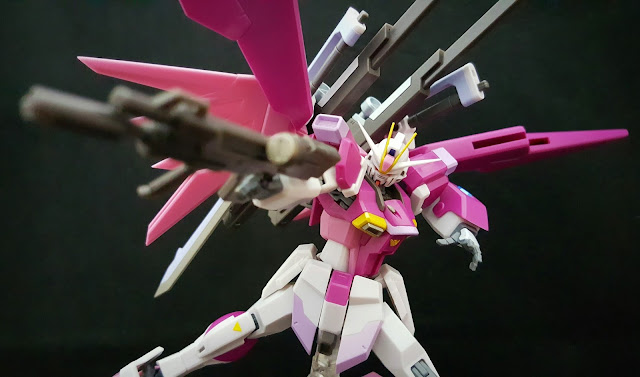 I don't usually get Robot Damashii action figures due to their cost and perceived value, although I recognise the merits of having a more stable and solid superstructure for striking the more ridiculous poses. That having being said, the latest offerings in Bandai's long running Robot Damashii line have been pretty good: the figures are usually released with improved molding, more accurate proportions, finer detailing, fantastic articulation as well as a wealth of accessories and weapons.


The Destiny Impulse Gundam is the Robot Damashii line's 200th figure, and as such, Bandai has put in considerable effort in creating a product of remarkable quality. Despite it being "Made in China", the Destiny Impulse bears most of the hallmarks of superior Japanese engineering and quality control, made evident by the absence of nub marks, flashing or damaged parts, a plague on the older Robot Damashii models. The first production models feature a special box art drawn by Satoshi Shigeta, the animation director who worked on Gundam Seed Destiny.

Done up in the Destiny Impulse's signature purple colour scheme, great care has been taken to ink in the finer details on the frame, such as the gold, silver and lilac. The overall product looks polished and well-made, although mechanical details are sparse at best (easy fix). This is most evident on the Destiny Silhouette - the wings bear also no panel lines on the majority of its area.

On the topic of the Destiny Silhouette, it is an amazing piece of equipment jam-packed with lethal weaponry. The most striking of these would be the Excalibur anti-ship laser swords, twin shafts of beam-bladed justice. The beam cannons mounted on the back of the Destiny Silhouette are able to extend their barrels and can be deployed over the shoulders or underslung. The wings of the Silhouette themselves are very mobile and will not hinder movement of the arms in any way. The set also come with extra hands and connector parts for other Striker Packs from the Robot Damashii series.

Articulation is pretty darn good, although the backpack can throw the model off balance from time to time.

In all, the Robot Damashii Destiny Impulse Gundam is a nice addition to any Gundam collection, especially if you're able to get the limited box art of the first production models. 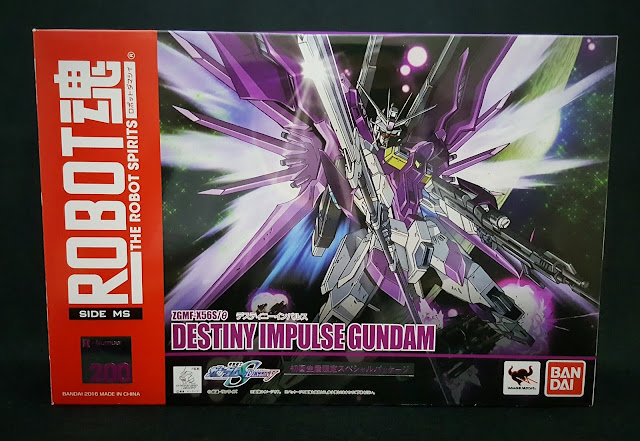 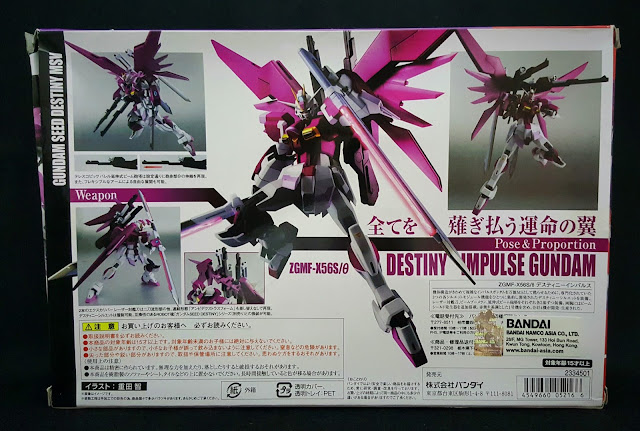 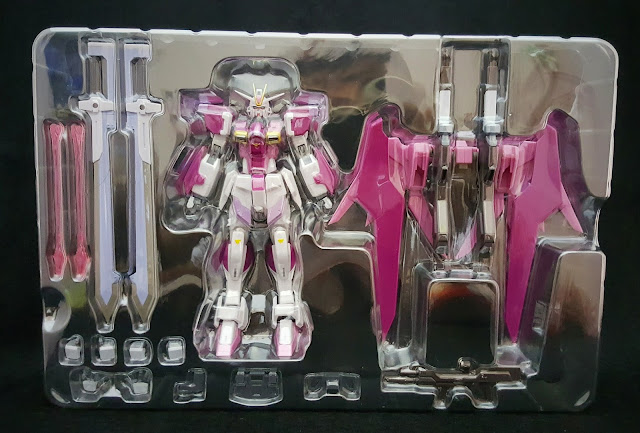 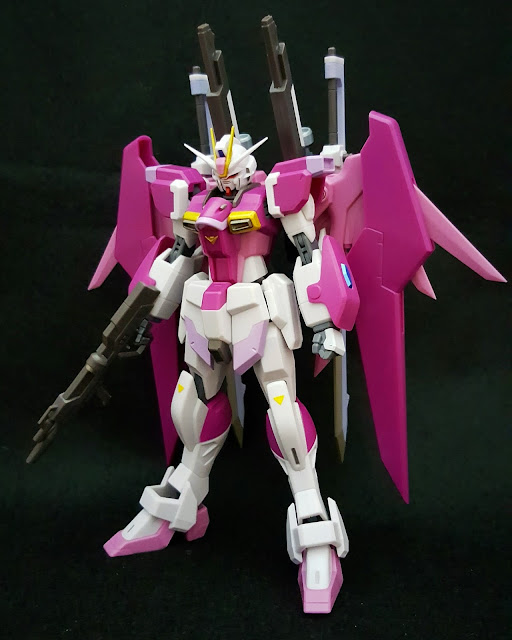 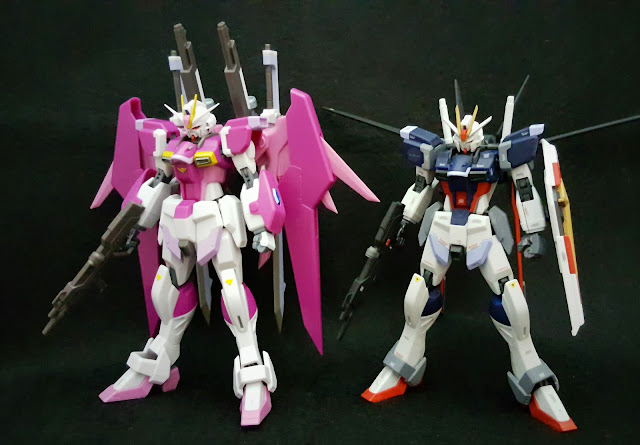 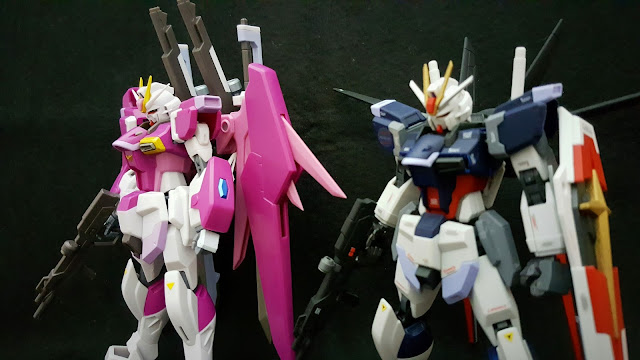 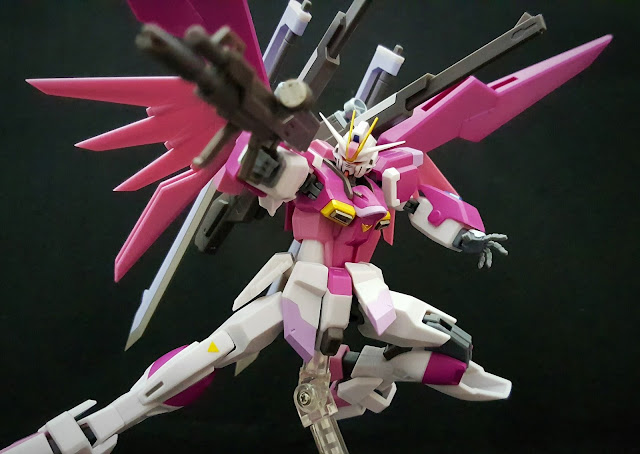 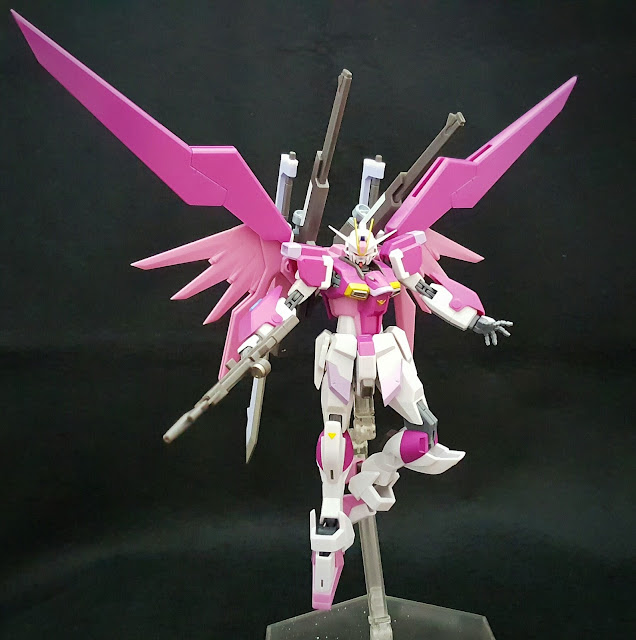 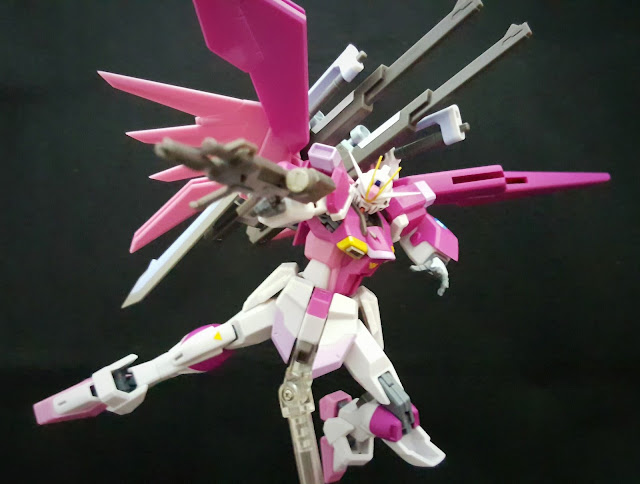 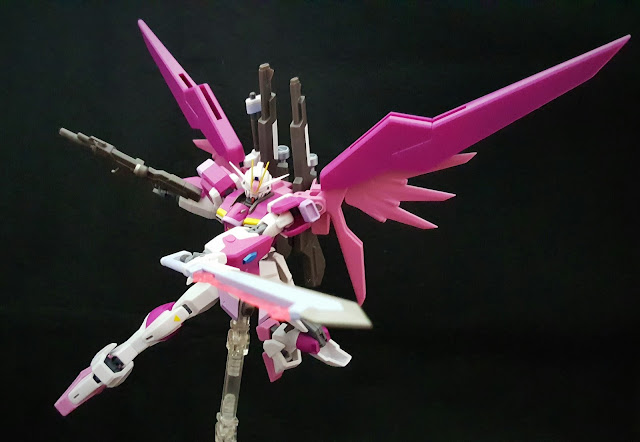 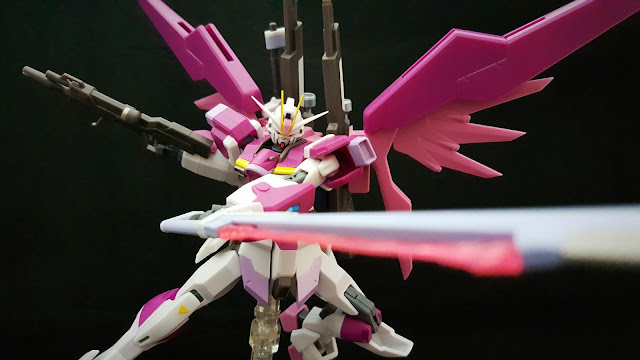 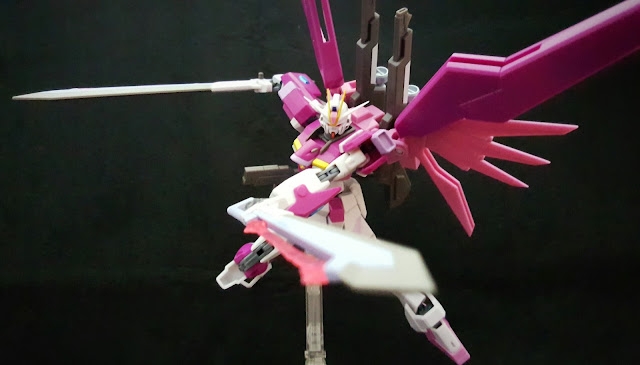 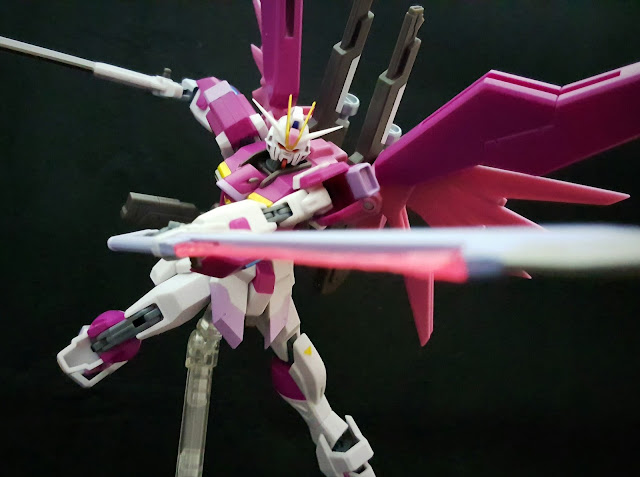 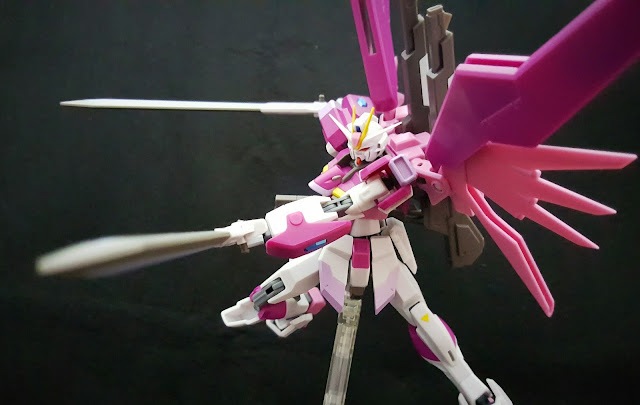 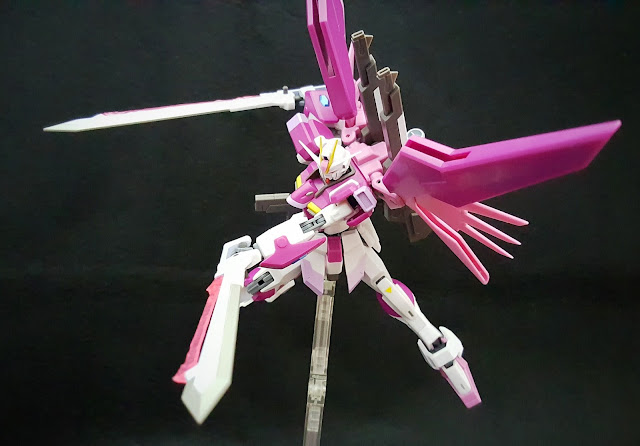 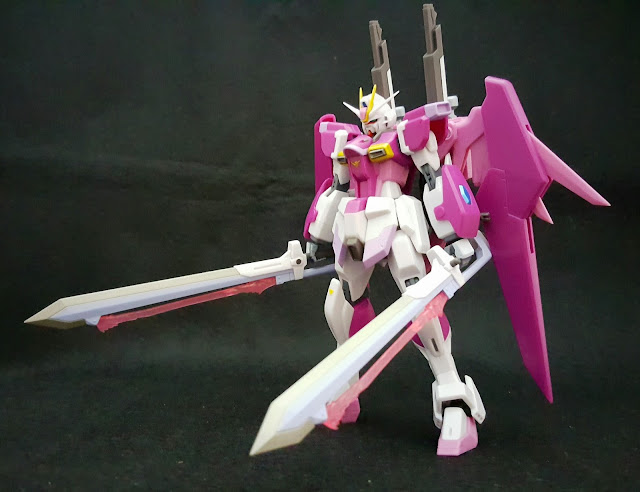