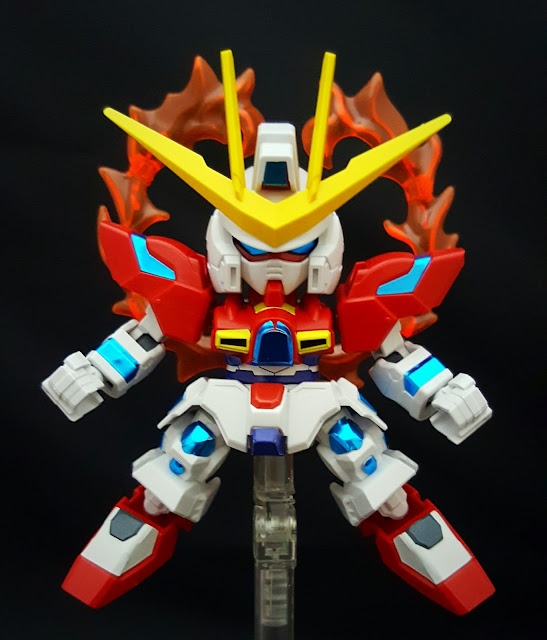 The SD EX-Standard is the latest in Bandai's revised SD model kits that has strangely appeared to Japanese builders only very recently. For everyone else, these SD EX-Standards have largely served their intended purpose well: killing some time and producing a fun kit to toy with at the end of the day.


The SD EX-Standard Try Burning bears all the hallmarks of its line: better articulation, greater detail and a whole bunch of stickers to help with colour separation. I have to say one thing though, Bandai's fixation on designing and printing form-fitting stickers are very much appreciated, even if it means that you only get a very small window to place it correctly before the whole thing goes to shit.

For a nimble and agile mobile suit whose emphasis is on flashy martial arts move, having it as a SD is kind of a bummer as the SD design itself is not for doing the splits. Somehow, the Try Burning manages to pull off some of Sekai's more basic attacks like the Shippu-Zuki, although the kicks look very strange. Nonetheless, for a SD, its articulation is more than admirable.

Also, the stock Burning effect parts are pretty lame, being solid parts molded in the same red runner as the Try Burning's armor. An easy fix to this is to just use the effect parts bundled with the HGBF 1/144 Burning series of model kits (Building Burning, Try Burning, Kamiki Burning) - the flame swirls that plug into the backpack fit perfectly but the fist effect parts will need some additional modification. The HGBF clear orange effect parts give some more colour to the otherwise mundane kit and look so much better than the stock red ones.

As a fan of the Try Burning, this is a nice addition to my collection. Now, to build up all the Hobby Star ones that are in my backlog. 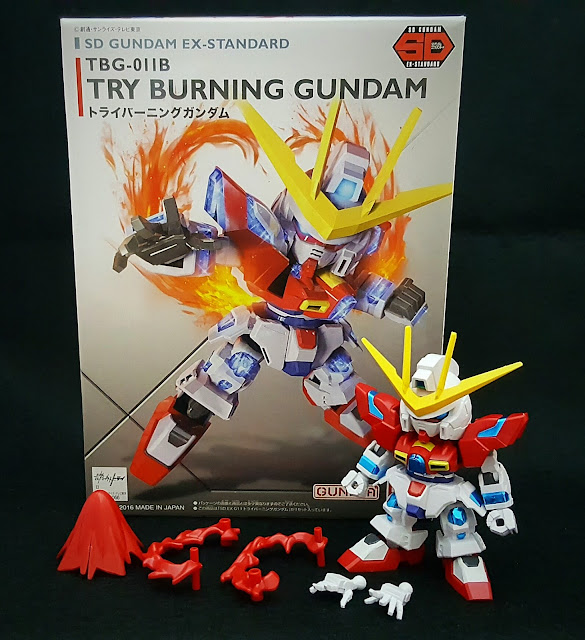 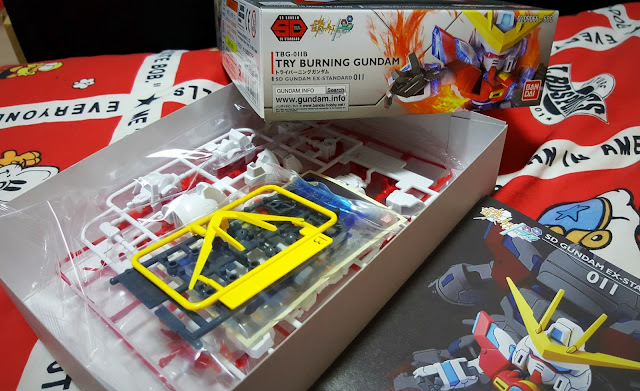 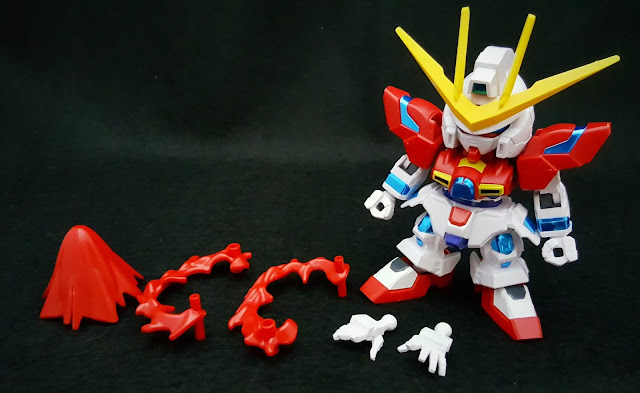 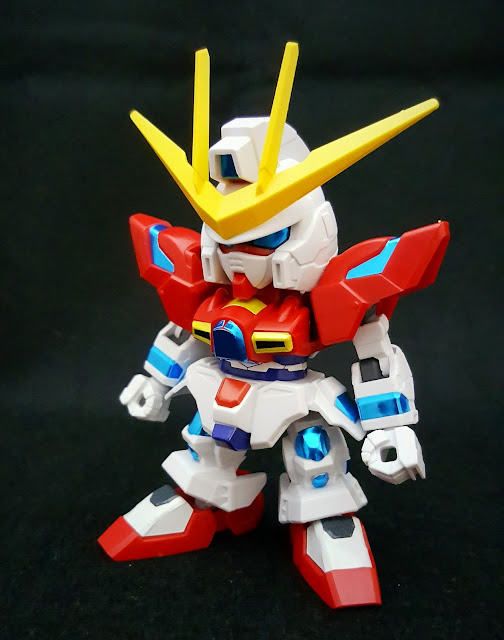 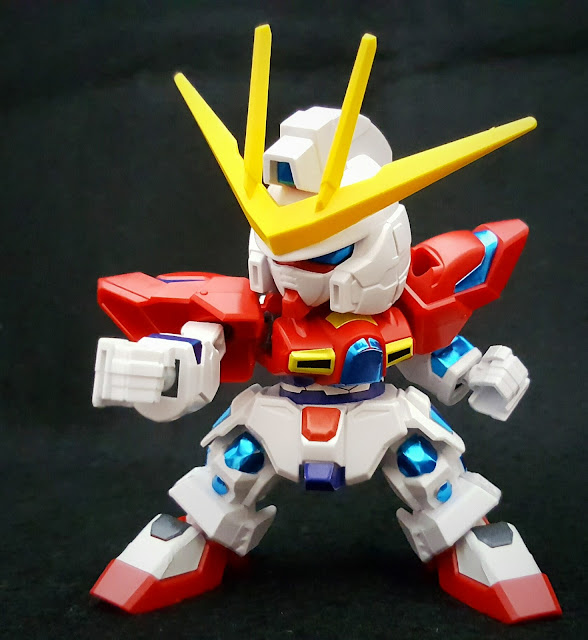 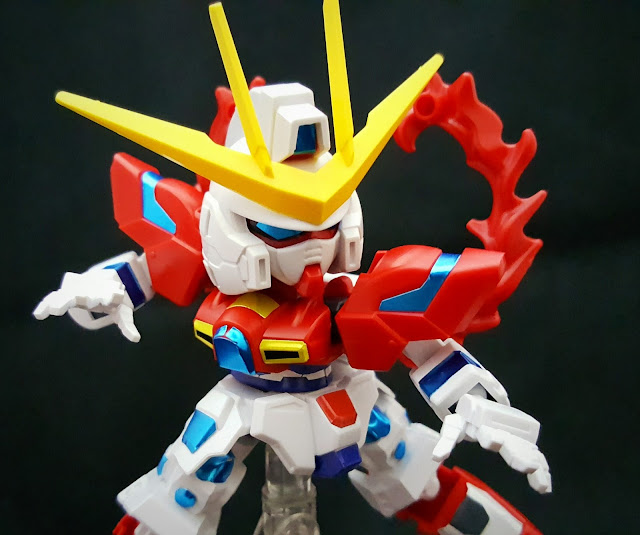 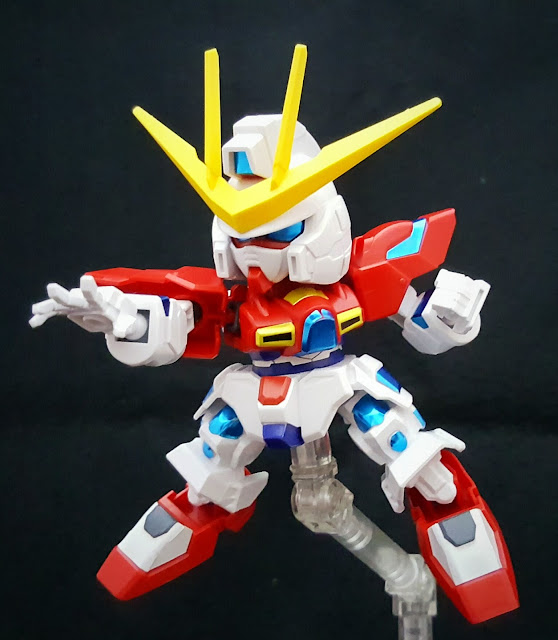 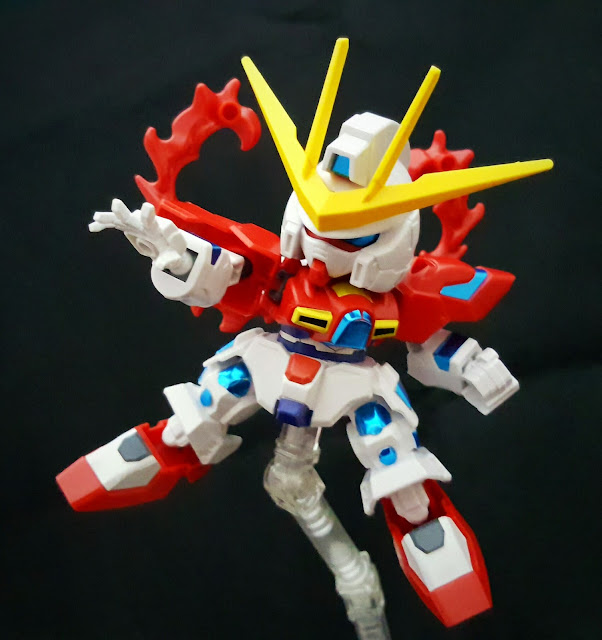 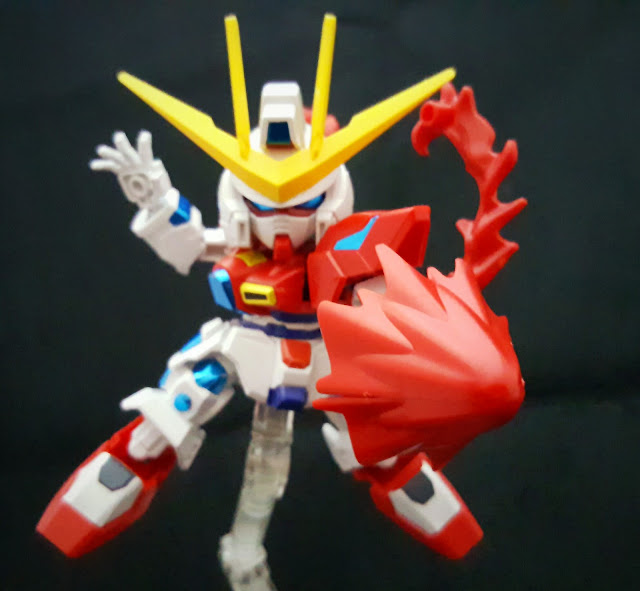 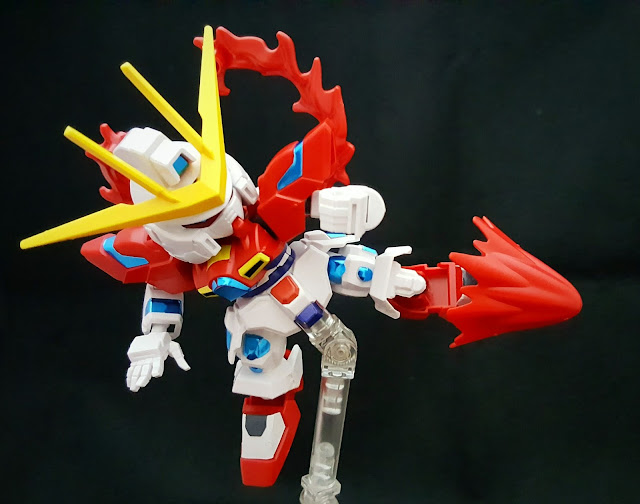 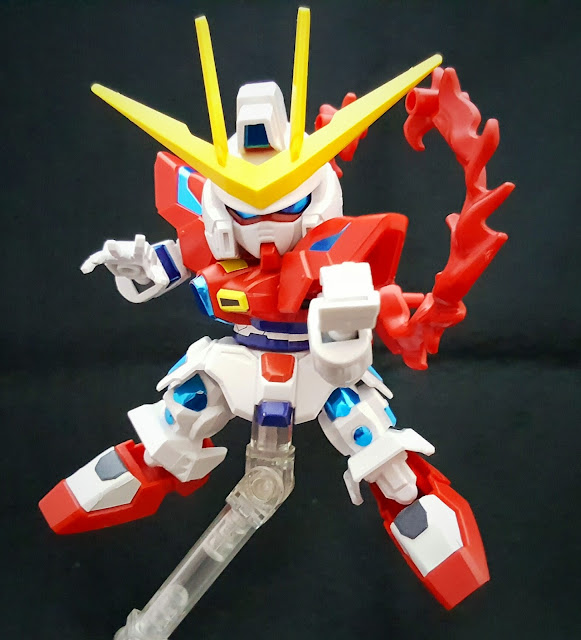 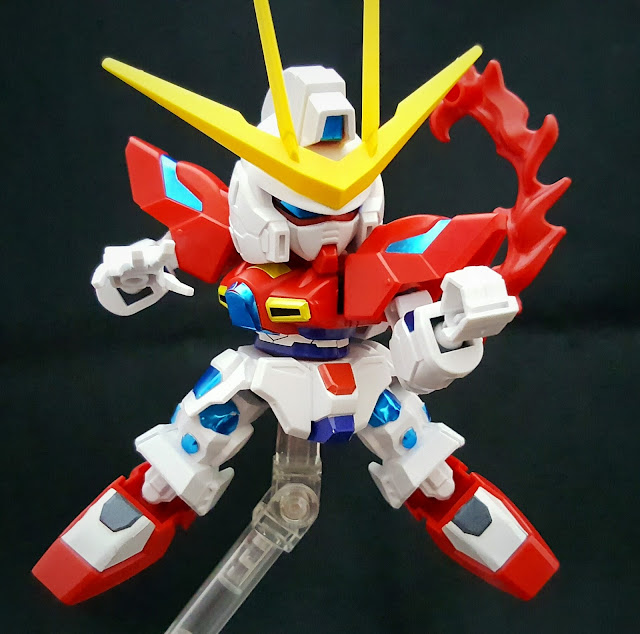 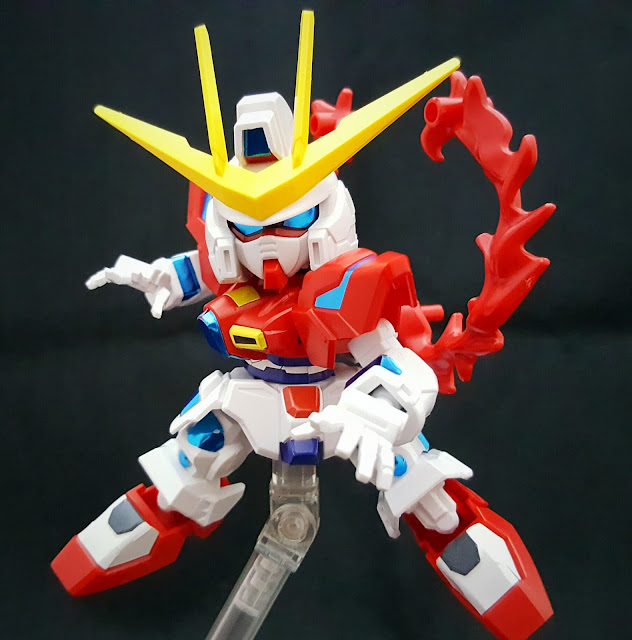 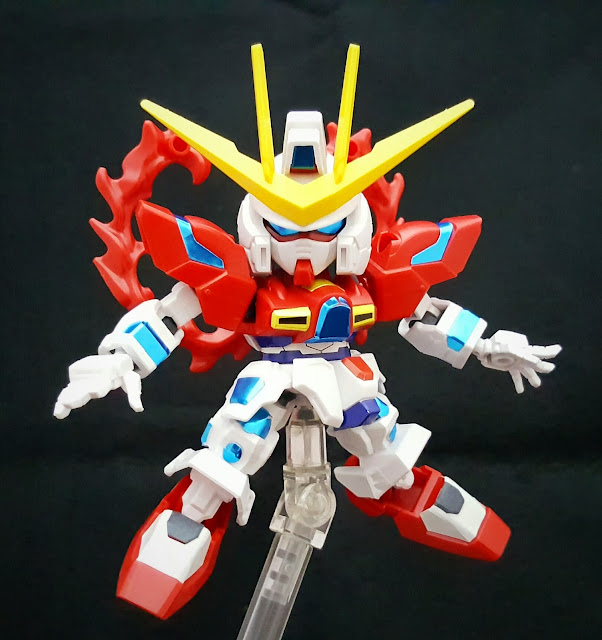 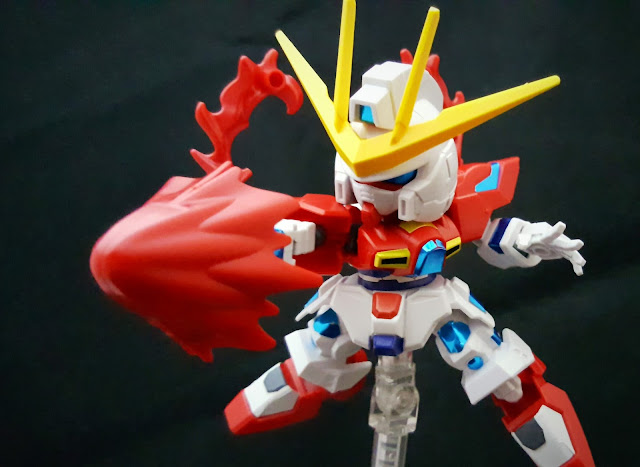 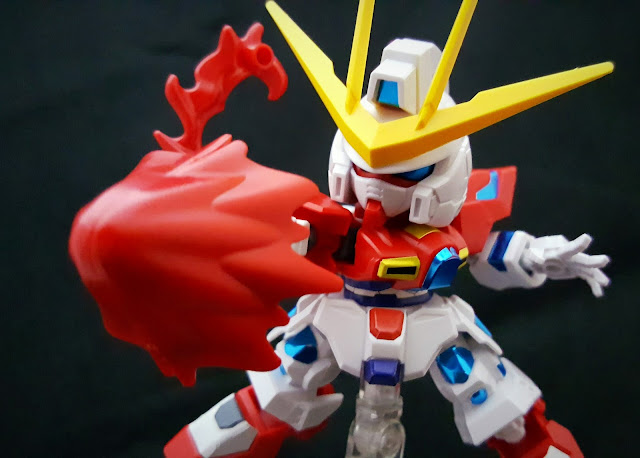 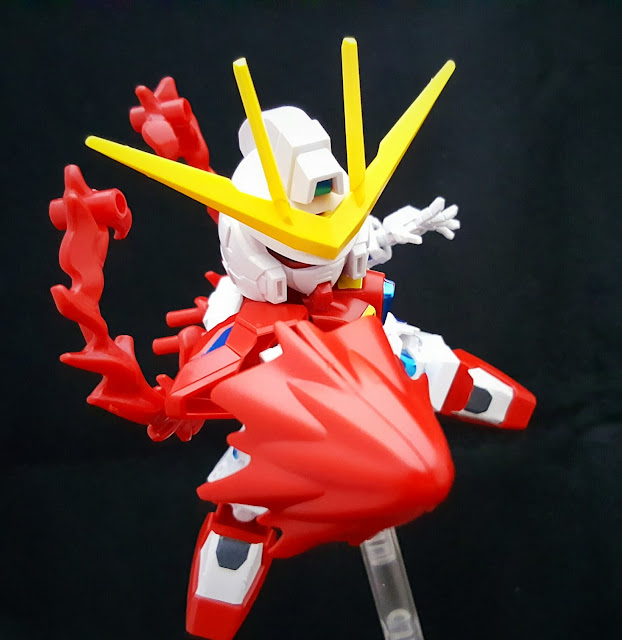 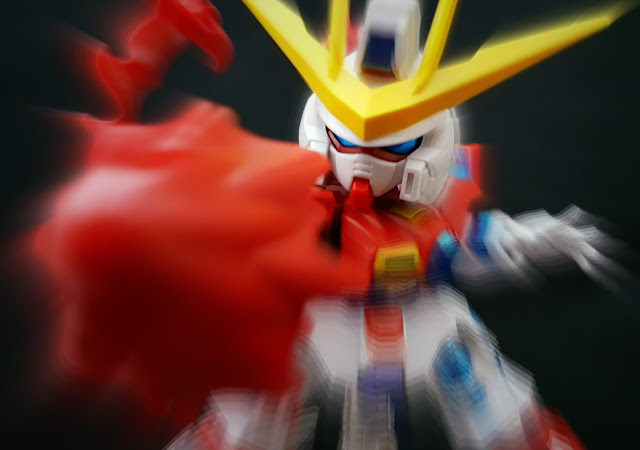 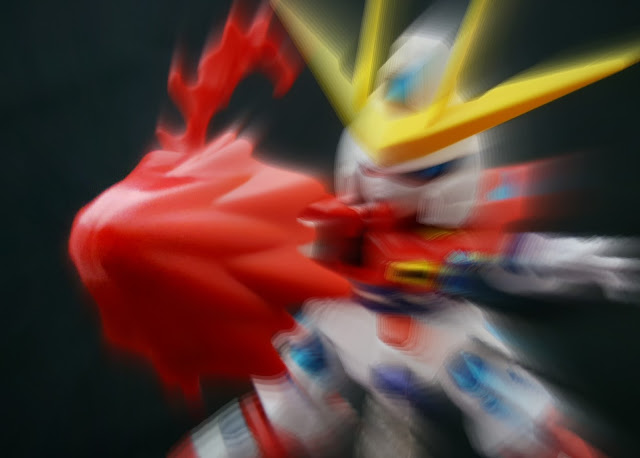 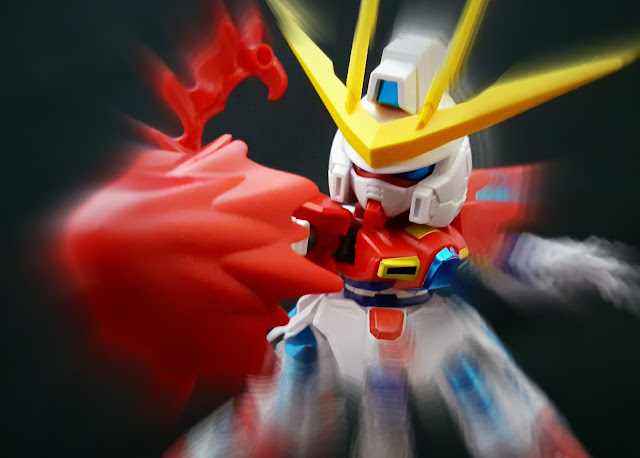 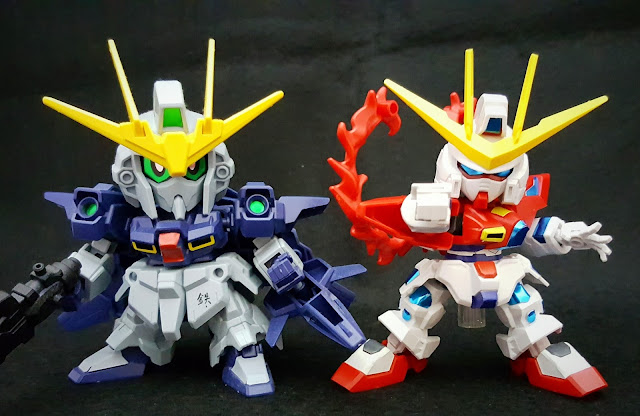 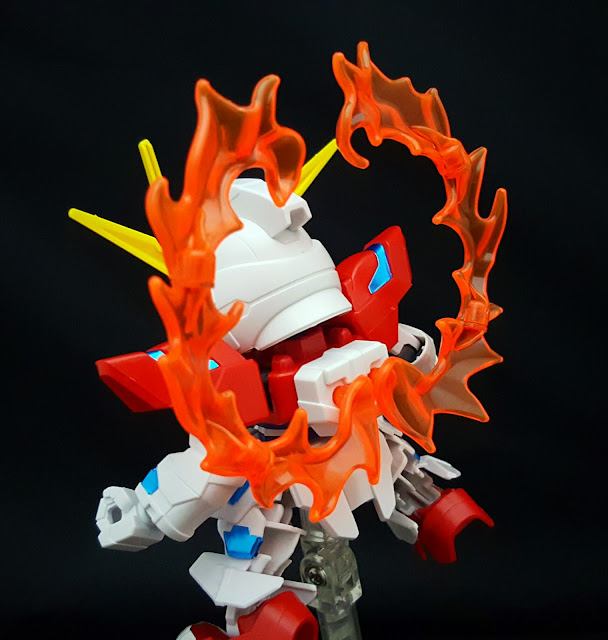 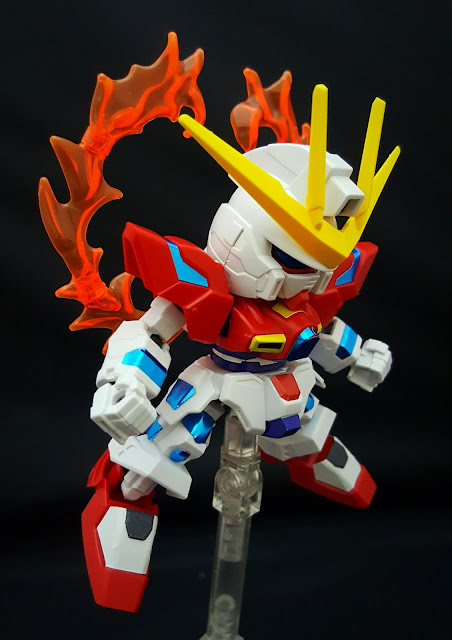 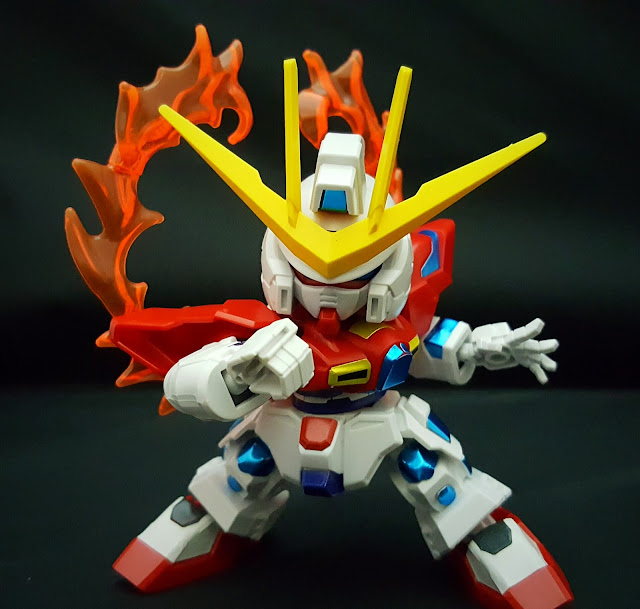 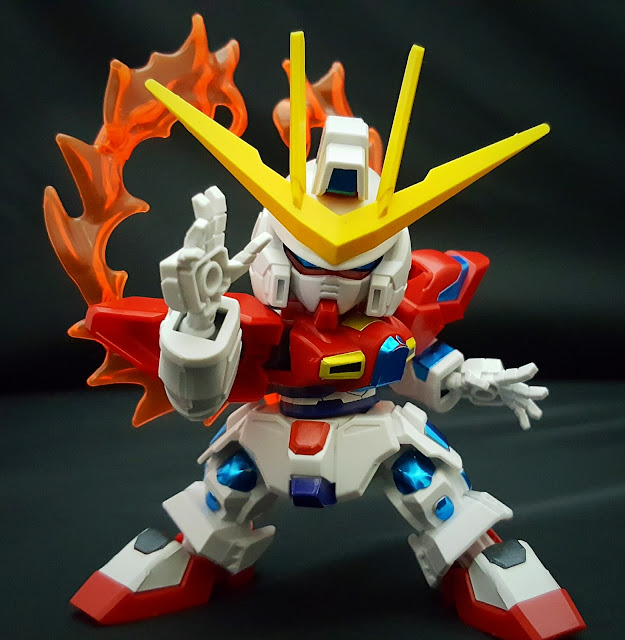 Posted by Gunplanerd at 8:17 PM