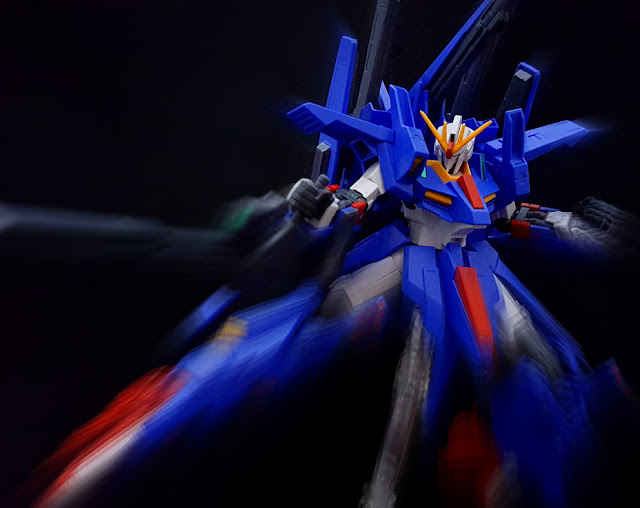 With the release of the Gundam Build Fighters Try Island Wars OVA, we finally see the previously-teased Gunpla in action: the Gyancelot, the Force Impulses fitted with the Northern Pod, the Shia Qan[T], the terrifying Scramble Gundam and my personal favourite - Minato Sakai's ZZII.

Clearly with a thing for the ZZ Gundam and continuing his style of outlandish, oversized Gunpla overloaded with heavy weaponry, Sakai's latest combat product is a variant of the ZII, released in HGUC format a while ago. While it shares quite a number of parts with the ZII, it is in reality a completely different mobile suit. Elements of the ZZ Gundam can be found on the ZZII, most ostensibly in the shoulders and the wing shields that are now fitted to the sides of the backpack. The ZZII is lanky and very tall, thanks to the killer heels Sakai has built for it. As compared to the oversized clown shoes of the ZII, the heels serve to accentuate the form of the ZZII, giving an imposing visage although at the cost of some stability. One small issue: the way that the arms are built are a little weird as the hand sockets just float there until a blue arm guard armor piece comes to secure it rather shakily with the upper assembly. Nevertheless, this is an issue that can be easily fixed with some model cement.

In terms of weaponry, the ZZII delivers in spades. Hand wielding a huge new hyper long rifle that is almost as long as the ZZII is tall (and that is saying a lot), Sakai has also added a mega beam cannon onto the backpack with a wide firing arc (90 degrees forward). I further upgraded this beam cannon using an unused barrel from the Zeta Gundm's rifle (included in the ZZII set without a grip). In addition, two smaller beam bazookas that look like shortened versions of the classic clay bazookas flank the middle one and it should be noted that the ones included with the ZZII differ from the ones found in the HGBC Eastern Weapons set in that they are unable to be wielded by hand.

Despite its seeming fragility, the ZZII is able to pull off decent poses, although posing is largely confined to shooting poses to take full advantage of the enormous hyper long rifle. The ZZII is also able to change into a blocky and awesome Waverider mode, which is essentially a flying tank. As with all HG-scale waveriders, this transformation is achieved via parts-forming aka removing the backpack and limbs from the main unit and plonking them onto a pre-transformed torso unit that is also included in the set.

As one of the latest Gunpla to be released under the HGBF banner, I am satisfied with the result. So much so that I am inclined to build a custom version of the ZZII, with a more tactical colour scheme. Now, we wait for the Scramble Gundam! 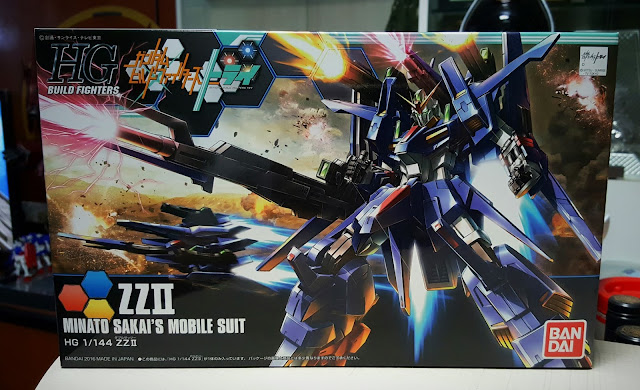 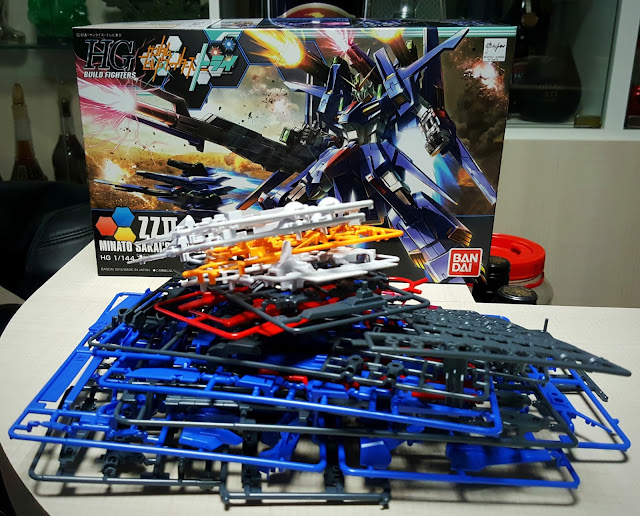 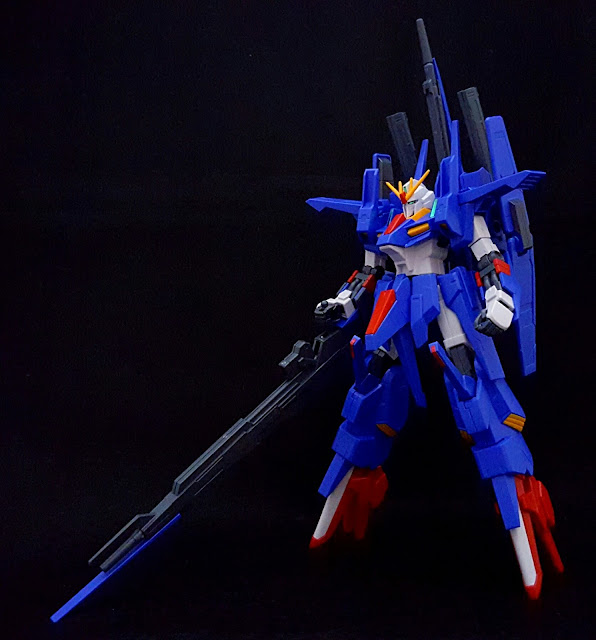 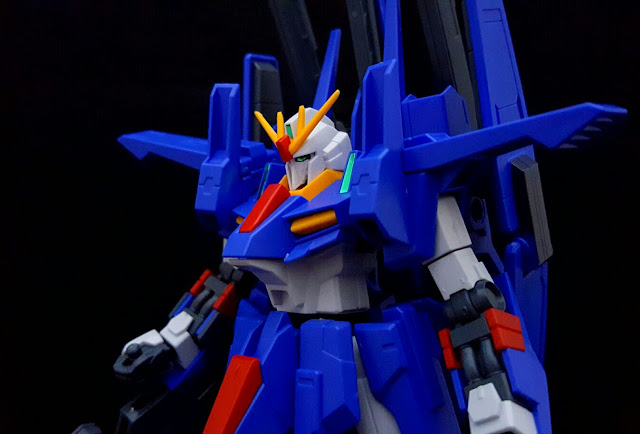 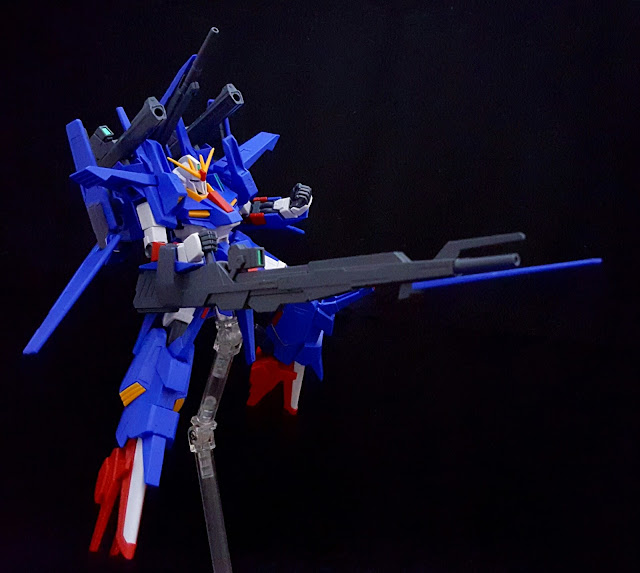 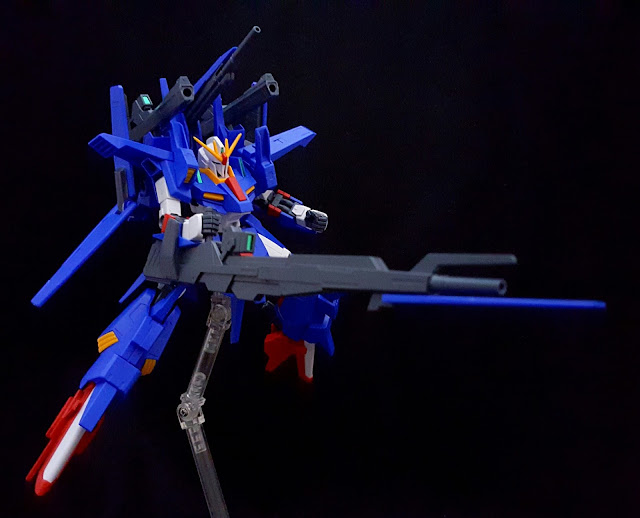 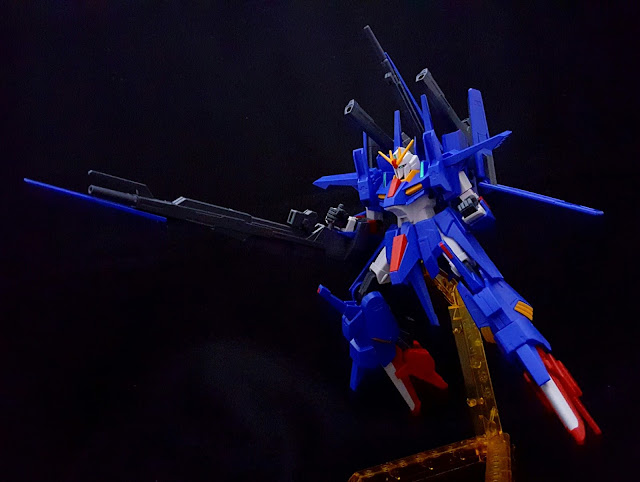 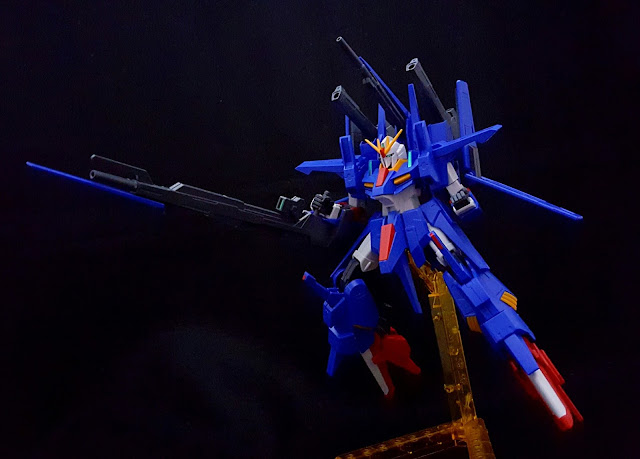 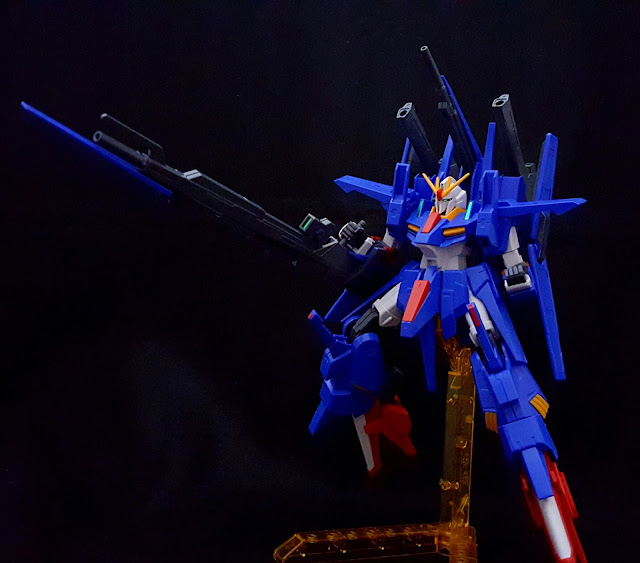 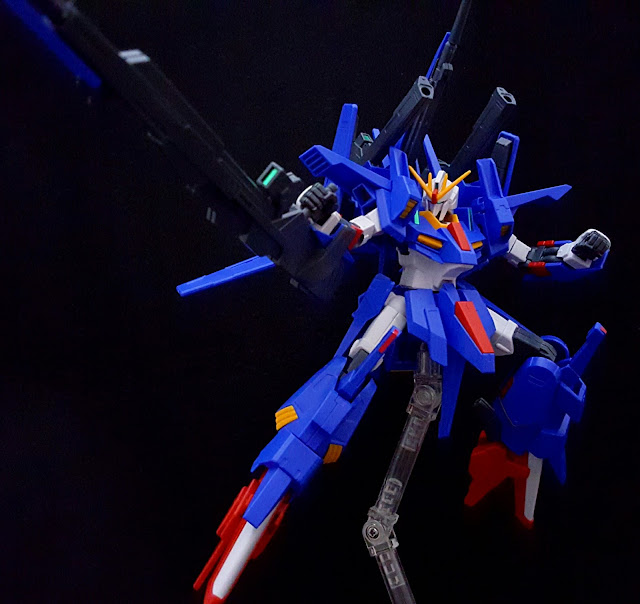 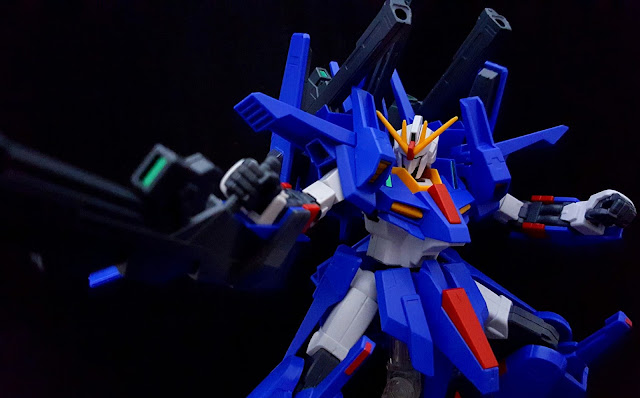 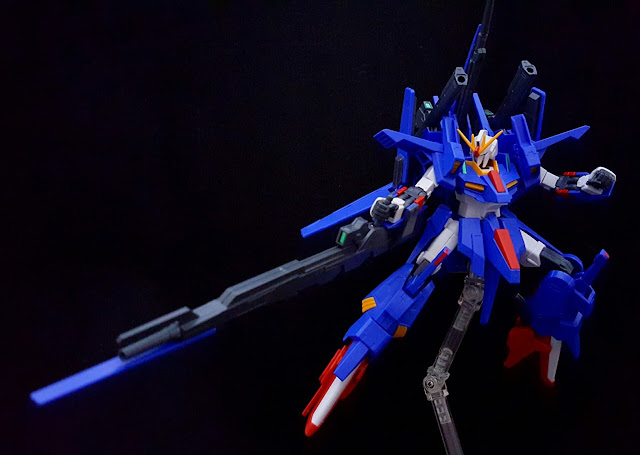 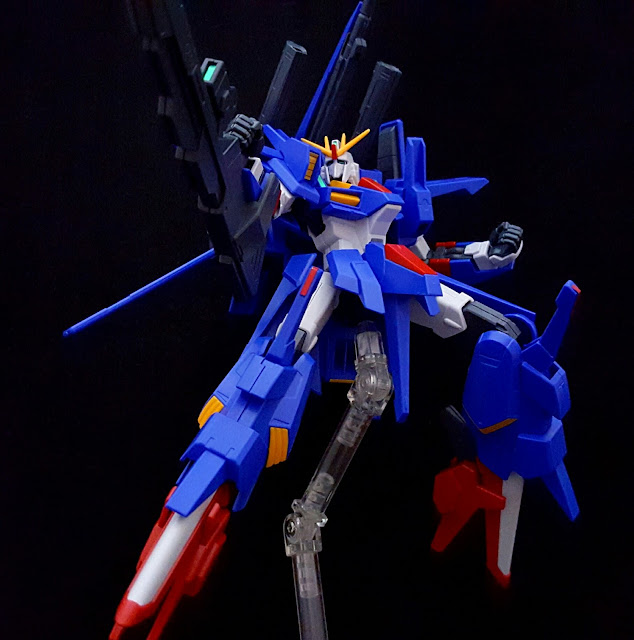 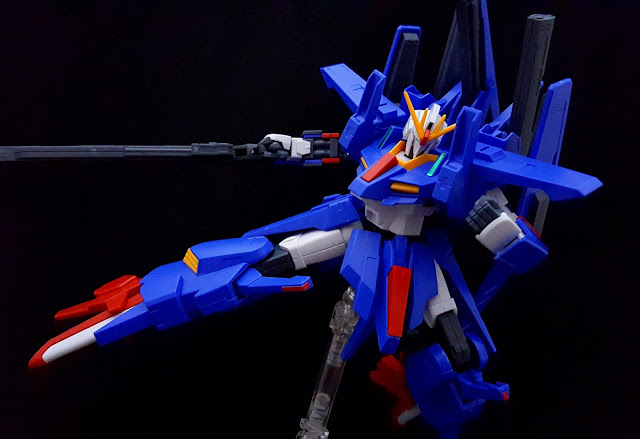 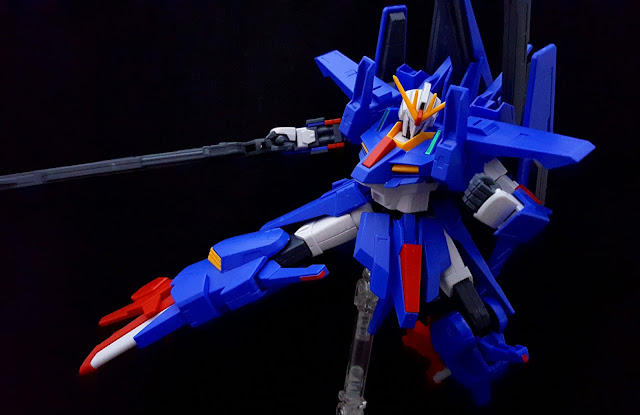 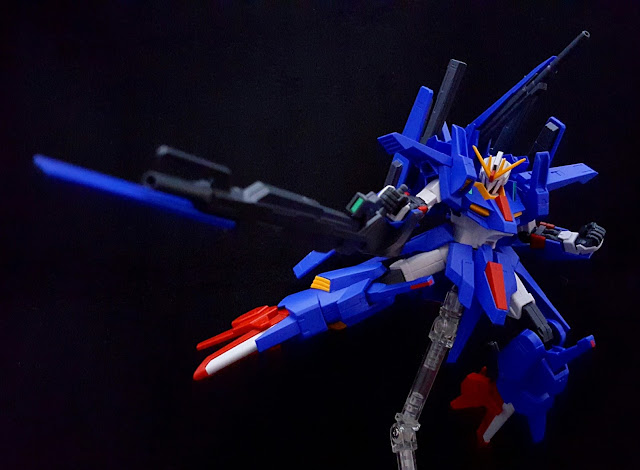 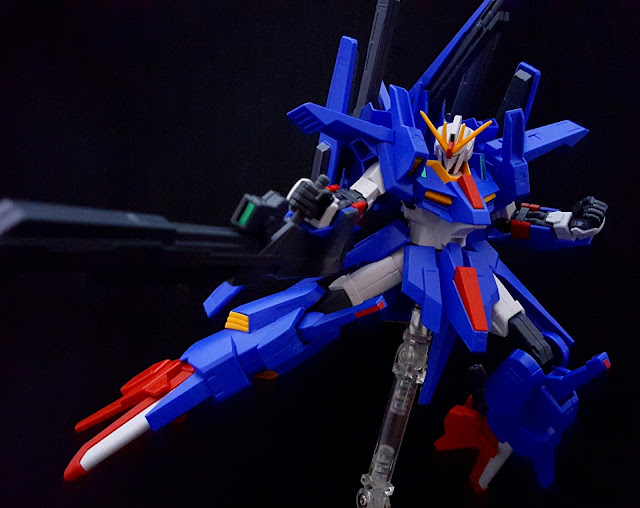 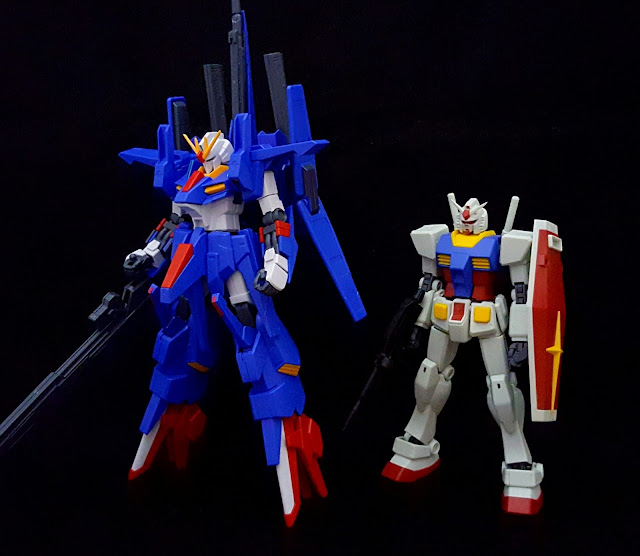 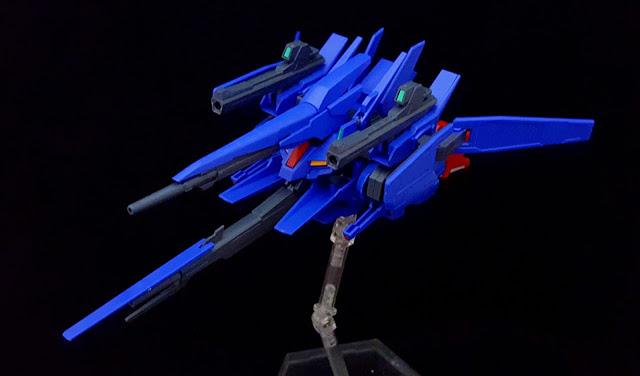 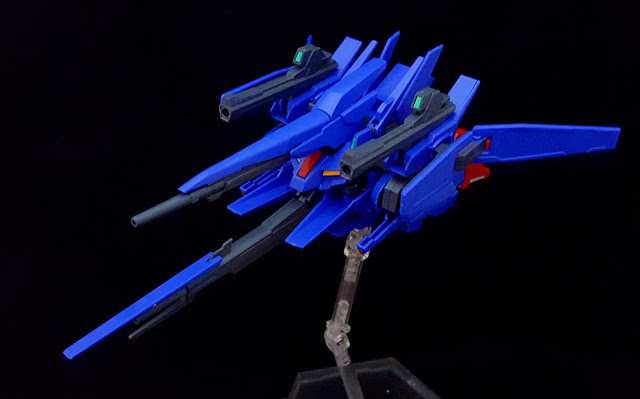 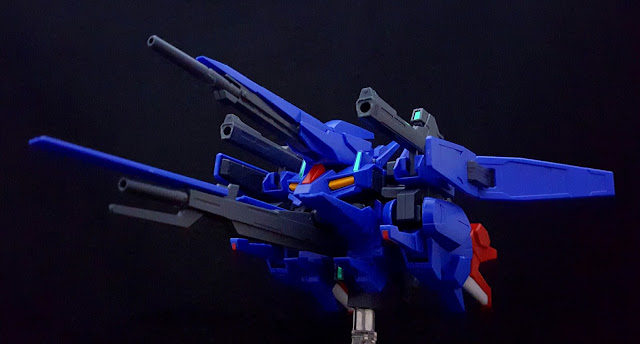 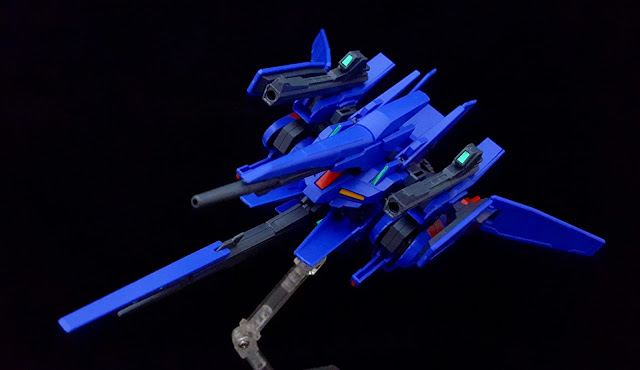 Posted by Gunplanerd at 5:58 PM