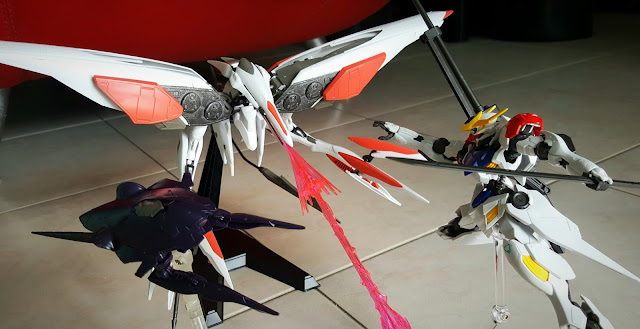 The Hashmal caused quite a stir when it made its appearance on the anime series, inciting hatred and scorn amongst many viewers. Said viewers also cheered when the Barbatos Lupus scored a Pyrrhic victory against it with Mikazuki's aggressive-suicidal tendencies, knowing that the parts from the vanquished Mobile Armor will be used to upgrade the Barbatos (again).


The Hashmal kit itself is not too shabby, although the amount of plastic contained in the relatively thin but large sized box doesn't justify its high retail price. More colour separation - especially in the wing units - would have been nice as well, considering the coin paid for this kit. Nevertheless, the completed product is pretty awe-inspiring, with its massive wing spam and beam effect parts. It also takes up considerable real estate.

One gripe I have is the bendable wire bundled with the kit that acts as the lethal tail for the Hashmal. The kit comes with a tiny stand to hold the tail-blade in place as the wire is not sturdy enough to hold it up by itself, but the stand is shared with the Pluma to do aerodynamic poses. To circumvent this, I replaced the stock wire with a sturdier variety, sourced from a value store. This new cable allows the Hashmal to wield its tail-blade in a more terrifying and gravity-defying fashion, adding a degree of lethality to an already formidable foe. 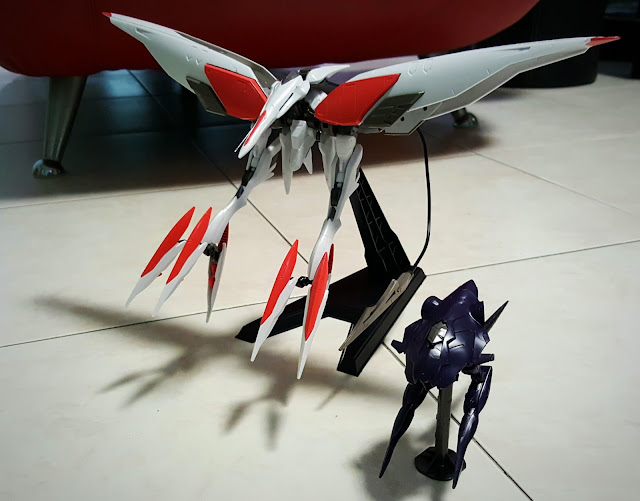 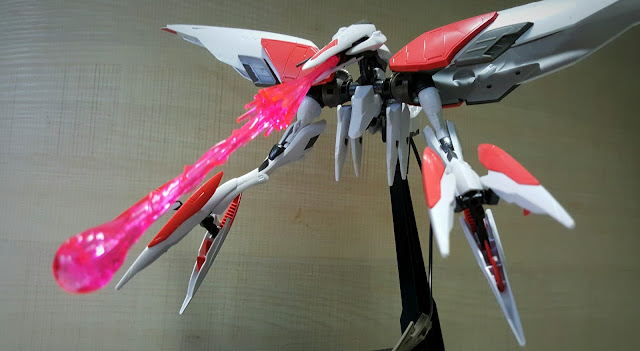 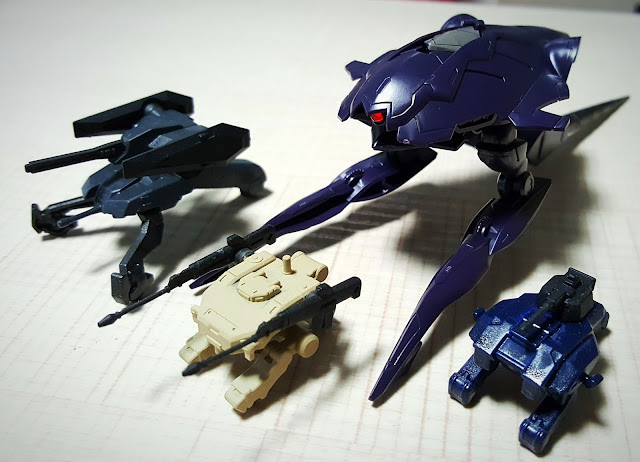 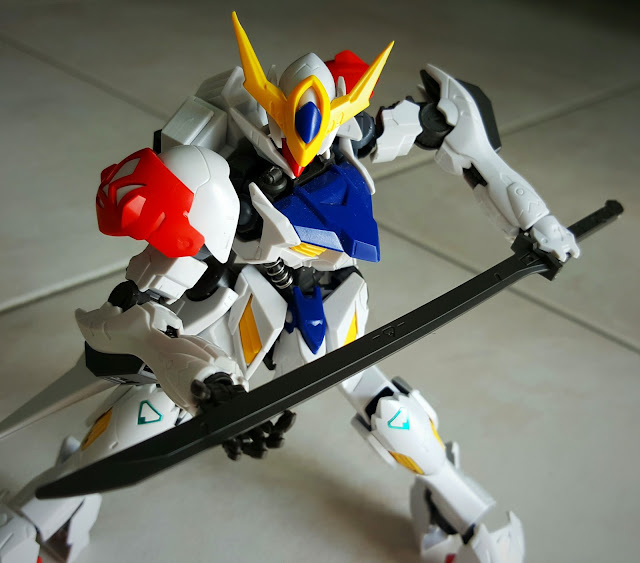 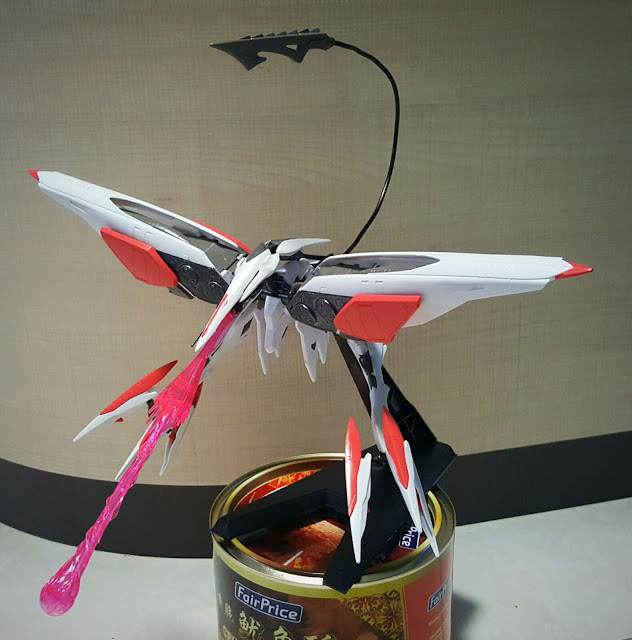 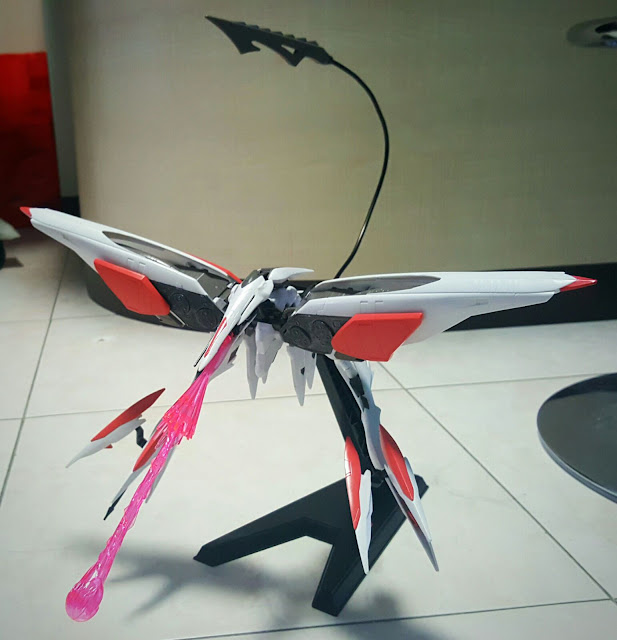 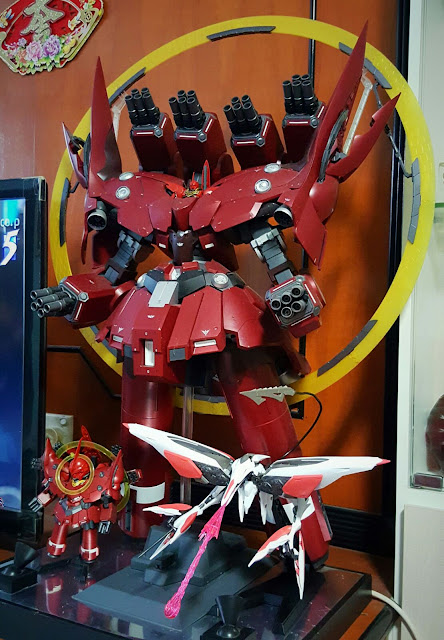 Posted by Gunplanerd at 1:52 AM