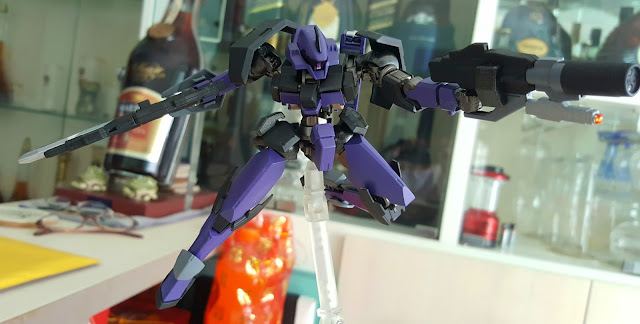 By now, everyone knows that Vidar is indeed Gaelio Bauduin, something that was actually really apparent when Vidar appeared in the opening. We know his intense hatred for McGillis, we know his motivations for said intense hatred. What we do not know is what happened during the time skip between the Battle of Edmonton and the current IBO timeline. We do know that Rustal Ellion rescued a disfigured Gaelio and recovered the crippled Gundam Kimaris before converting the machine into the Alaya-Type E enabled monster known as Gundam Vidar (and now Gundam Kimaris Vidar), but what did Gaelio/Vidar do to earn his keep in Rustal's employ?


With his superb mobile suit piloting skills, Gaelio/Vidar would have been assigned a mobile suit to help Rustal "clean house". From rebellious planetary militias to pirates, Rustal would have needed a reliable enforcer instead of using hired guns to perform the myriad of clandestine operations he would no doubt have. Instead of allowing Gaelio/Vidar to sit around in a mask and mope until his Gundam is ready, Rustal would have put him in a mobile suit and have him run errands, even if said errands involve murder and genocide. This also gave Gaelio/Vidar plenty of opportunity to hone his skills for his eventual face-off with McGillis, and this could also have been the start of the Vidar-Julieta rivalry.

As a top-of-the-line machine, Gjallarhorn's Mobile Reginlaze is an obvious choice for Gaelio/Vidar. A commander-type, his Reginlaze featured heavier weaponry than the stock model, including a massive blade fitted under one of the forearms to tap on Gaelio's fondness for close quarters combat. Additionally, twin piles give the Reginlaze more flexibility in engaging opponents at ultra close range, a combat trend that was becoming more apparent due to the exploits of Tekkadan and their mobile suit doctrine.

Of course, Gaelio's Reginlaze is painted in his signature purple colour scheme. 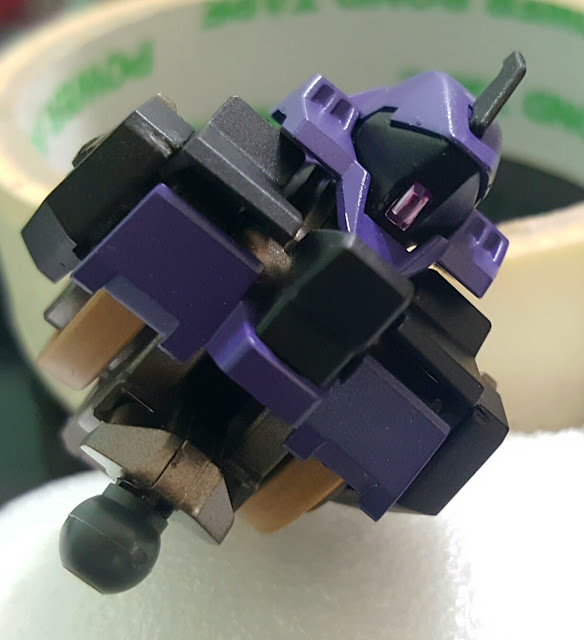 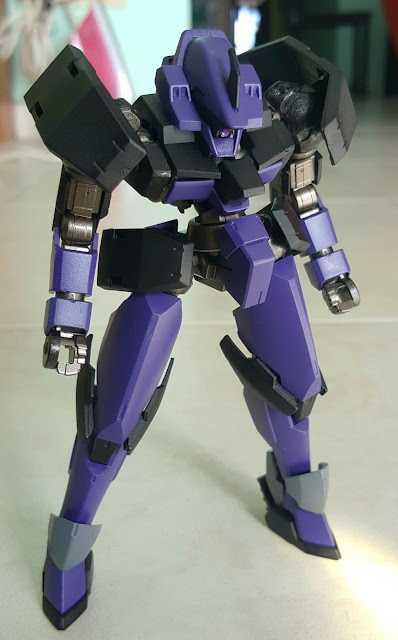 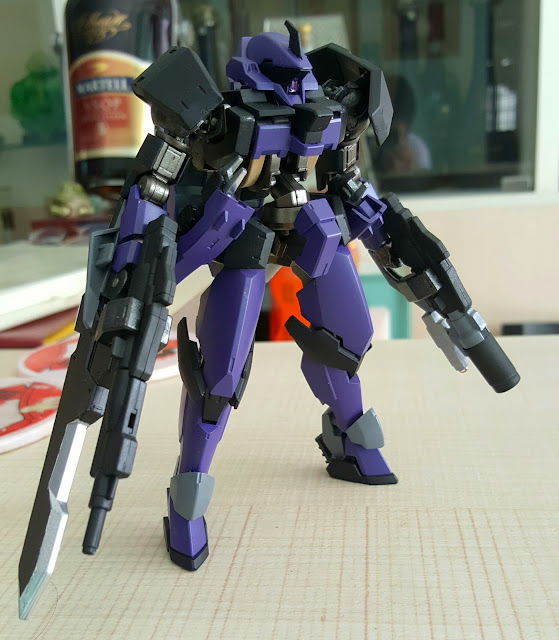 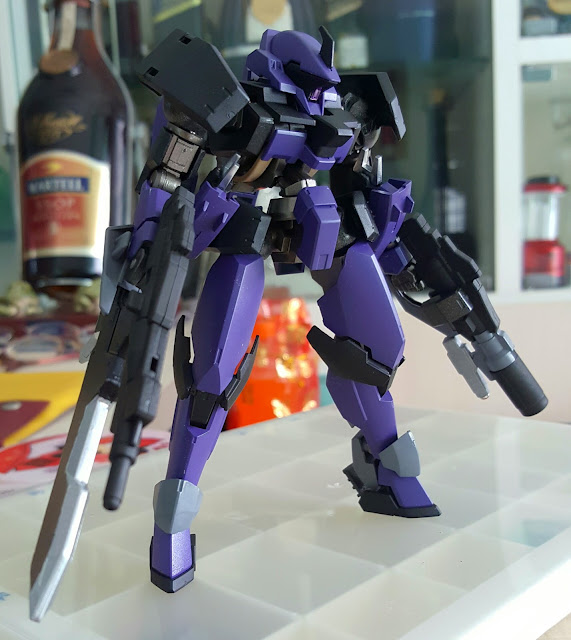 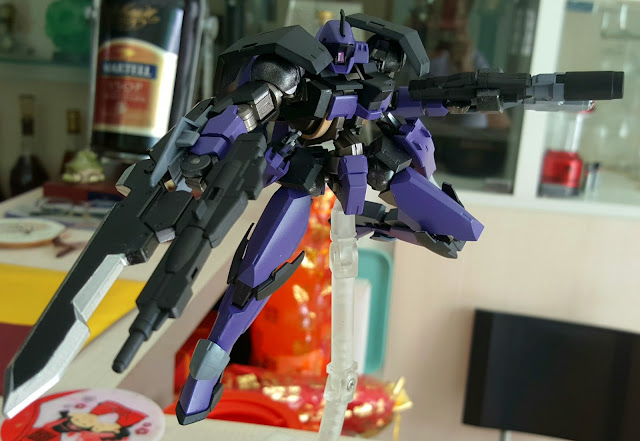 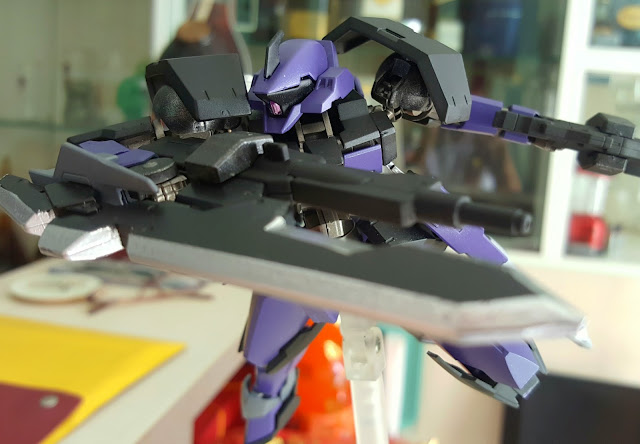 Posted by Gunplanerd at 8:04 PM