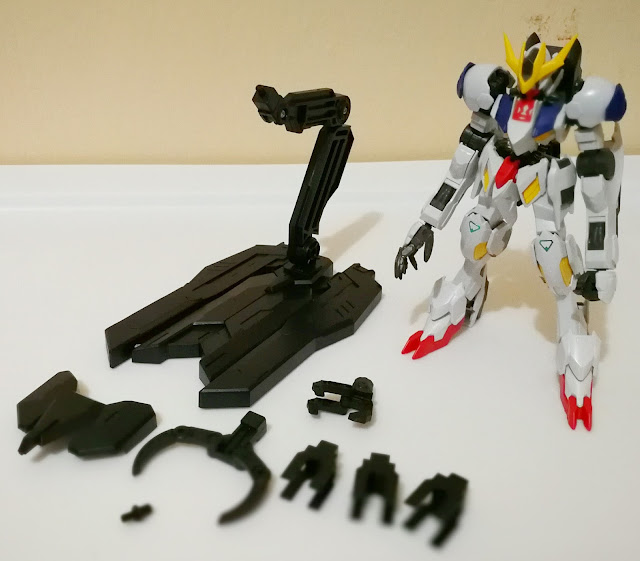 Third party model kit manufacturer Anubis has been releasing some pretty cool stuff over the past few months, from the titular multi-function Anubis Base to a Heavy Combat Weapon Set that is able to meld mechanically with the Gunpla from almost any Gundam series. Their latest product throws back to simpler times, but with a twist.


A seemingly innocuous and standard-looking action base, the Anubis Variable Action Base is simple enough to construct, comprised of only a few support struts and the base plate. Right off the bat, you will see that Anubis placed more emphasis on the design of the base, incorporating tight angles and a strong armour vibe. The base can be expanded by pulling apart the sides of the base plate, ostensibly used to mount larger, more flamboyant kits. The set comes with a variety of mounting hard points for use with various model kits, and Anubis also included their "hangar claws" in the set as well.

If you are bored with the Action Base as its intended purpose, fret not as this bad boy can turn into a 1/100 scale BEAM CANNON EQUIPPED SHIELD. By removing the model kit support strut and replacing one part, the Action Base becomes a pretty cool - albeit hollow - mobile suit shield, complete with a "deploying" gimmick whereby the front of the shield separates slightly (through the changing of part positions) to reveal a beam cannon.

For about S$5, I say this is a really good deal, having both a cool looking action base as well as a shield for potential MG 1/100 projects. 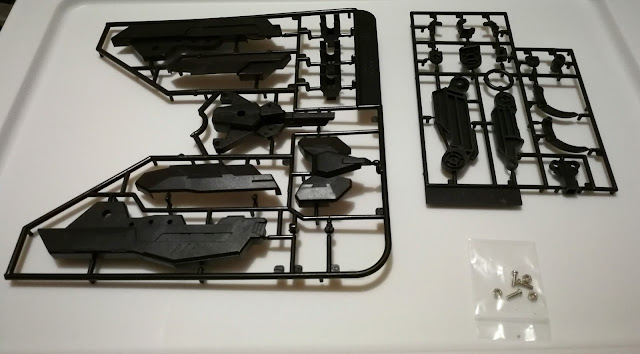 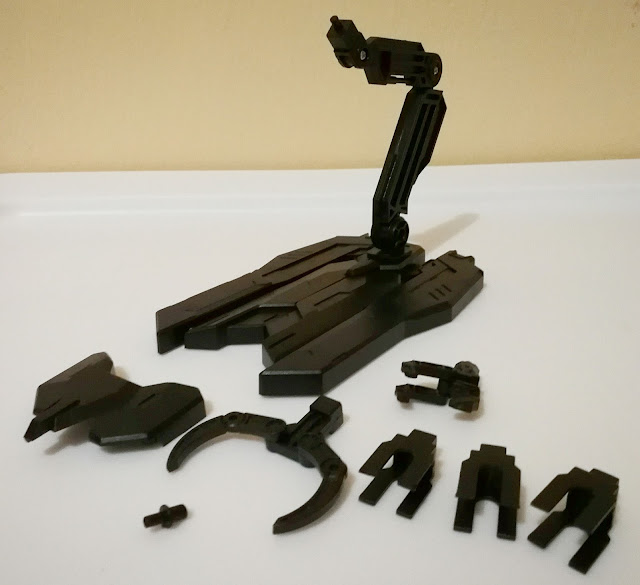 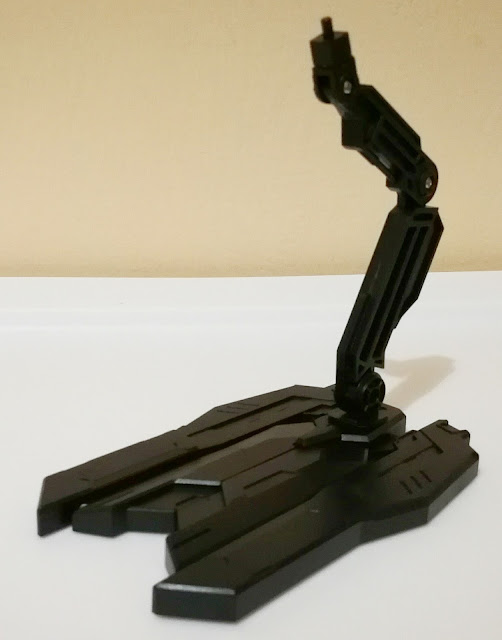 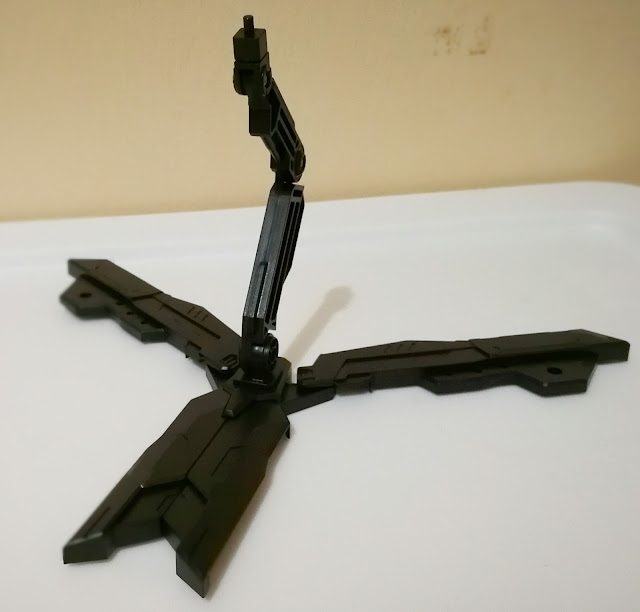 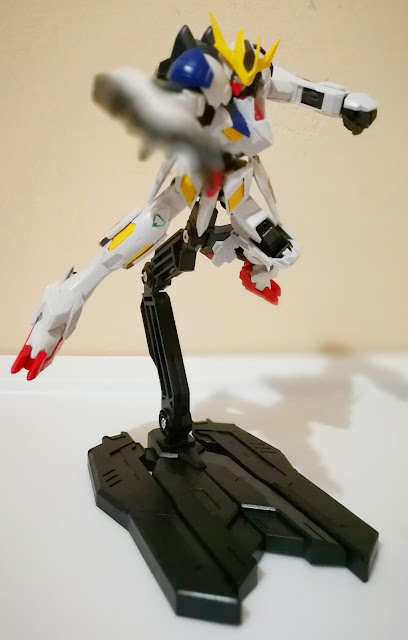 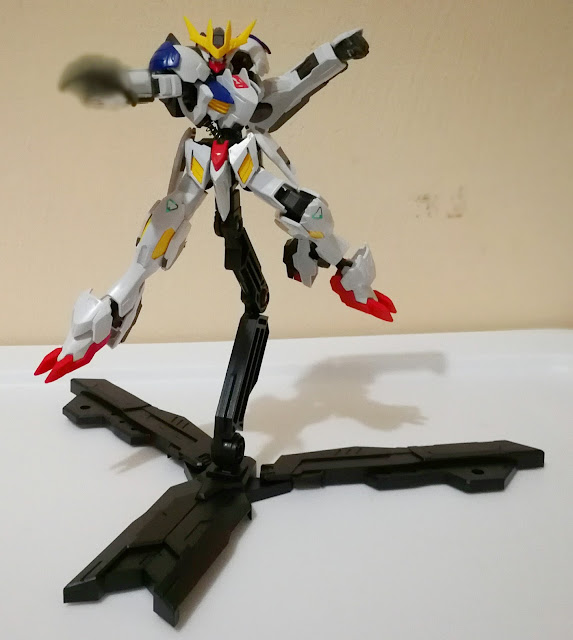 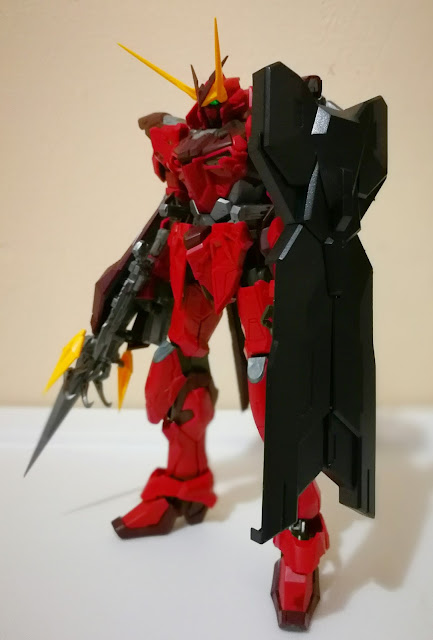 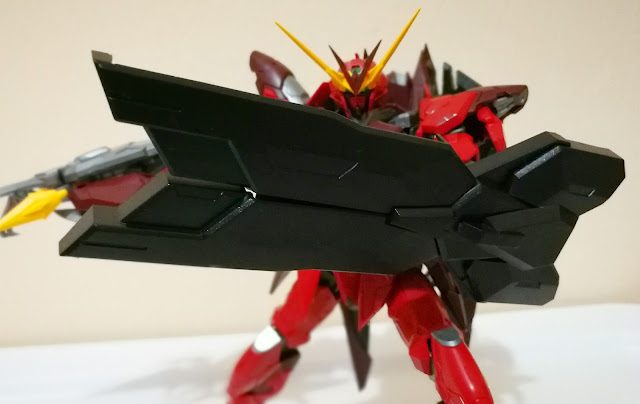