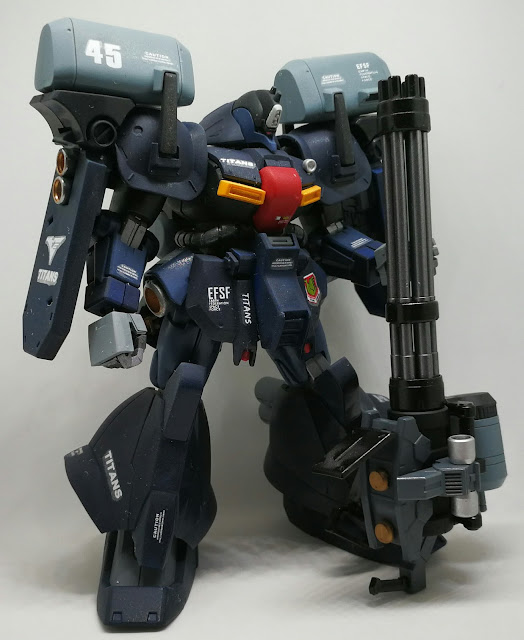 A beefy grunt that can dish out and take enormous punishment!
As a rather obscure mobile suit design, the Xeku-series of beefy mobile suits is still mainstream enough to see a HGUC release for the Xekueins as well as a Universal Unit collectible for the Xekuzwei.

A strongly Zeonic design with the curved armour and monoeye camera, the Xekueins is built, maintained and operated by the EFSF, favoured for its good proven performance and reliability even if the mobile suit itself has nothing to distinguish itself from the rest of the Federation's mass production plays.

This version of the Xekueins is used by the Titans, the autonomous peacekeeping force set up by the Federation. Painted in the Titans' signature colours and permanently outfitted with Type 3 Equipment, the Titans version of the Xekueins eschews that standard-issue belt-fed 120mm heavy machine gun for a .50 caliber mega gatling gun that is fed with the same belt and ammo racks of the heavy machine gun. Although heavier and bulkier, the Xekueins' numerous thrusters and verniers help to offset the added mass and the sheer firepower accorded by the weapon more than compensates for the weight increase. The armour piercing rounds were extremely effective against fortress fortifications and battleship armour, let alone mobile suits. The two ammo racks mounted on the Xekueins' shoulders hold 3000 rounds each for the mega gatling, allowing the mobile suit to operate for protracted combat operations. These can be jettisoned once depleted to reduce deadweight. Apart from this fearsome weapon, the Xekueins is equipped with a pair of beam sabers stored in its shoulder shields.

Slated to operate alongside the RGM-79Q GM Quel, the Xekueins is to provide heavy fire support from mid to long range while the GM Quels maneuver into position to take down enemy positions. The shredding fusillade of anti-armour rounds forced enemy combatants to take cover or risk being riddled with thousands of .50 caliber-sized holes. Titans squadrons typically employed a three-gun tactic to take out enemy fortress defenders, creating a cone of dense firepower that is then raked across the enemy fortification leaving few survivors. The Xekueins can make use of a tripod for the mega gatling gun if designated to hold defensive lines.

Build Notes
The HGUC 1/144 Xekueins is an older model kit, first released in October 2001. While the part separation and count are very admirable with separate tiny red pieces for the indentations on the front skirt armour, its articulation and mechanical detail leaves a bit to be desired. The hand parts supplied with the kit are also not the best: loose, difficult to pose with and rather lacking with only one trigger hand also acting as the saber hand.

The two-handed gun pose as seen on the box art is also difficult to achieve given the Xekueins' rigidity and absence of a forward-shoulder swivel, this issue compounded by the mobile suit's bulky armour. Despite these issues, the HGUC 1/144 Xekueins is still a pretty good looking kit.

I used the following colours to create this Titans version of the Xekueins, complemented by third party waterslide decals: 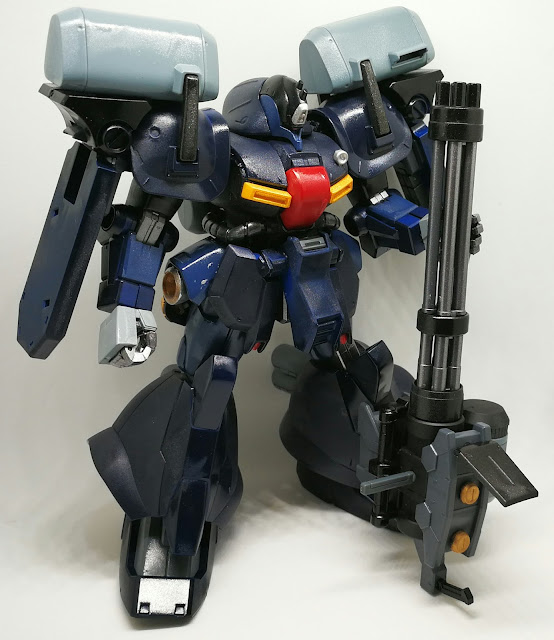 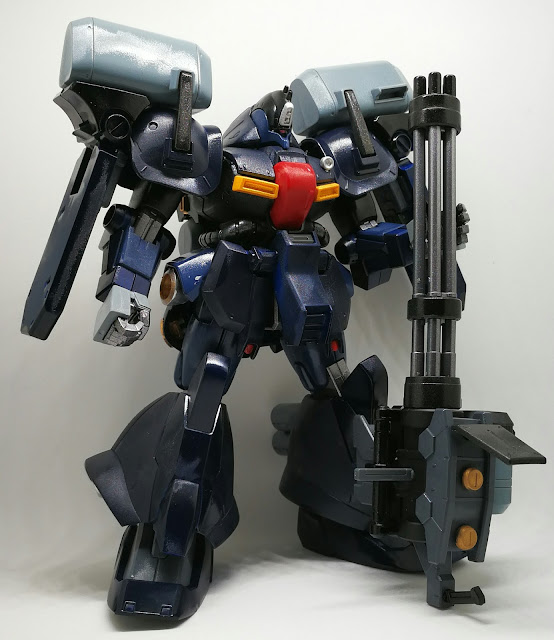 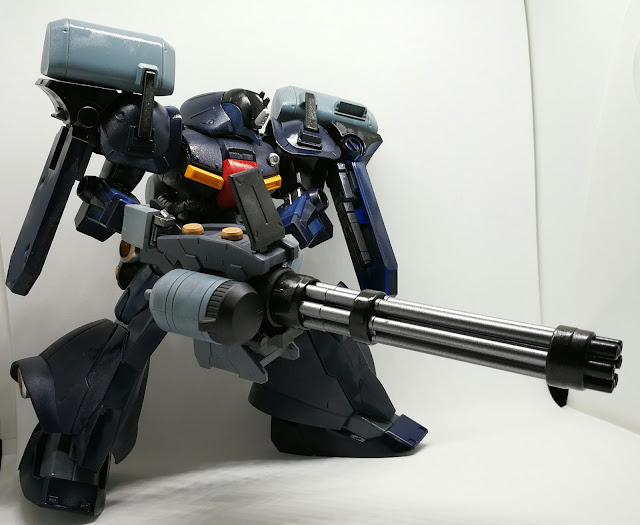 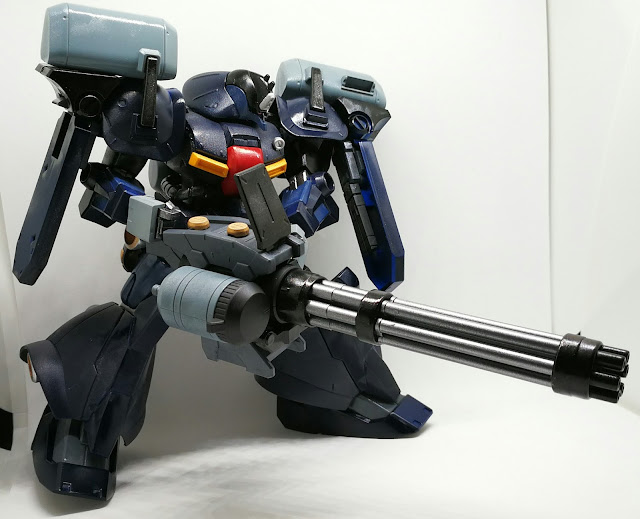 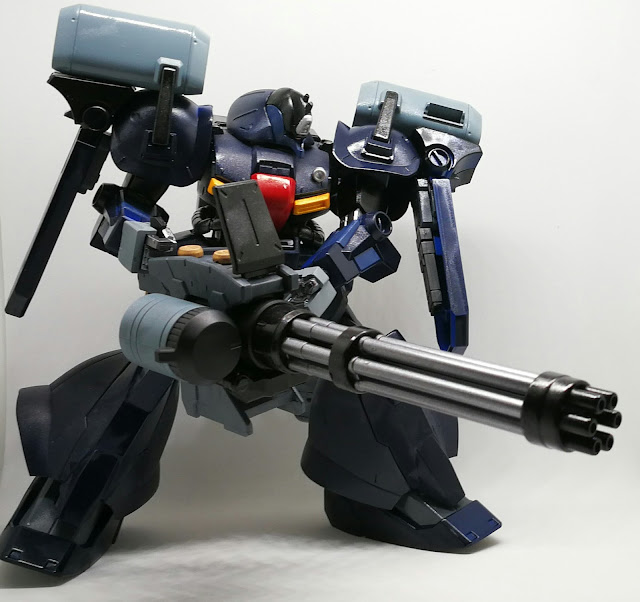 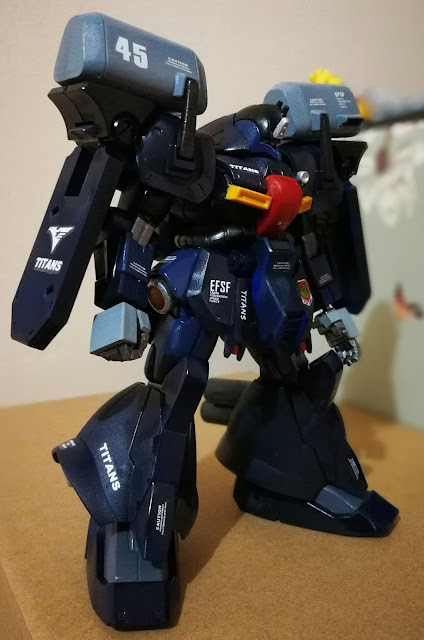 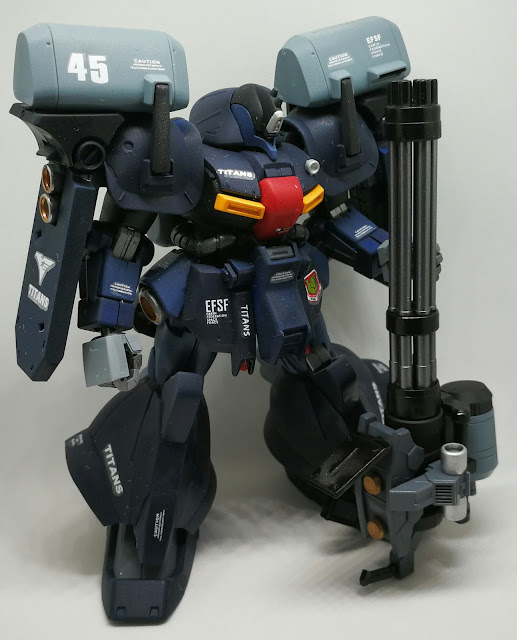 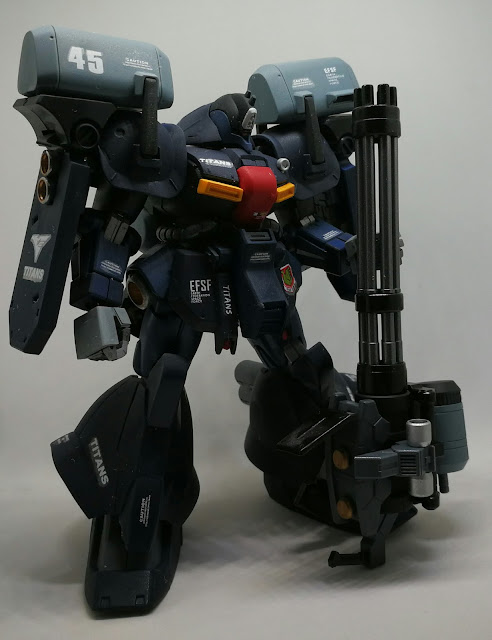 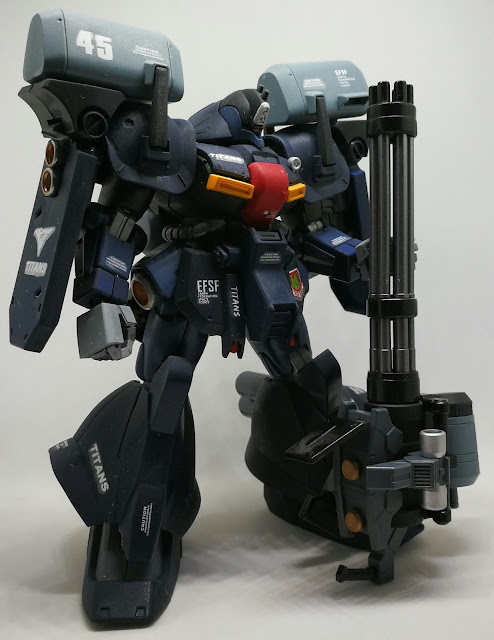 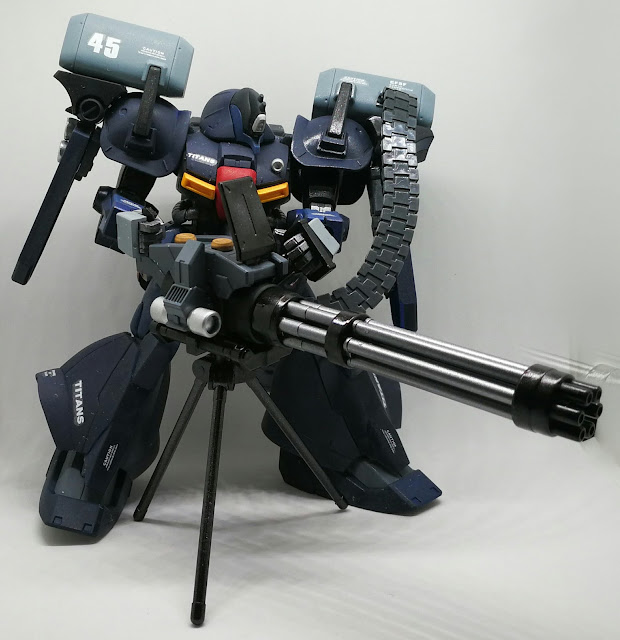 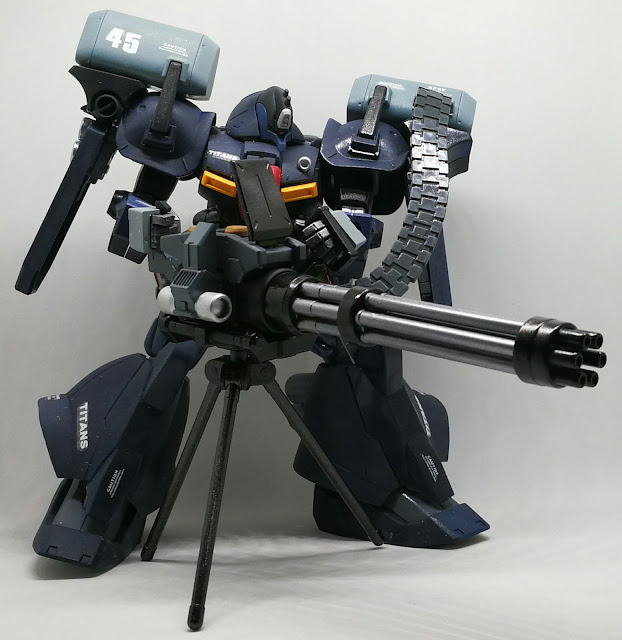 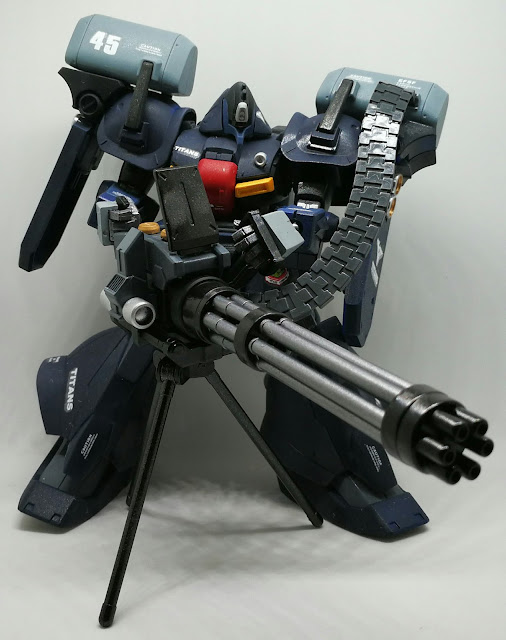 Posted by Gunplanerd at 5:15 PM