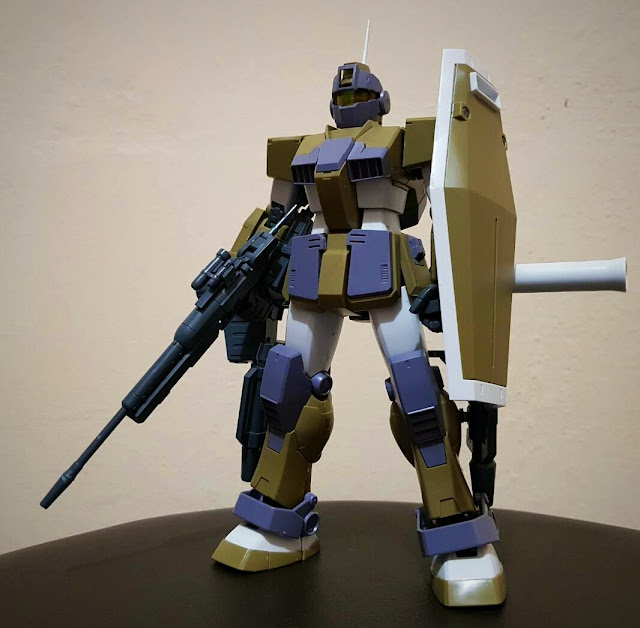 With proper training and equipment, grunts can become heroes.


Although its designation indicates that the GM Sniper Custom is nothing more than another variant of the Federation workhorse, the truth is that only about 50 units were ever customised and upgraded from existing GM machines. As a direct response to vocal complaints from ace and veteran pilots who wanted more juice out of their machines, Federation engineers cobbled together the GM Sniper Custom from existing parts, its inter-operability with the Gundam playing a key role in this endeavour.

Slated for the exclusive use of pilots who have earned their wings in previous engagements, the GM Sniper Custom was the ultimate form of the GM in use during the One Year War. While its Sniper moniker can be misleading as it really was just a souped-up and up-armoured GM unit, these units had the ability to engage targets at a further range than the standard rank-and-file, giving them the impression of a specialised sniper's role. However, GM Sniper Customs were essentially the spearhead of Federation operations on A Baoa Qu, leading squadrons of GMs and other Federation hardware into the gaping maw of the Zeonic space fortress.

Equipped with a veritable arsenal of weaponry and equipment, the GM Sniper Custom had armament for any situation. Most commonly seen with the R4 Type Beam Rifle, the weapon interfaces with the modified compound sensor focused through the flip-down visor, diverting processing power to derive the most accurate firing solution. The range and power of the R4 beam rifle allowed the GM Sniper Custom to make precise shots from extreme distance. A common tactic used during the final battle of the One Year War was to have a GM Sniper Custom wreak havoc on Zeon mobile suit teams from afar, with GMs and Balls moving in to take out individual mobile suits after the Zeonic formation had been thrown into disarray.

The standard issue beam spray gun and a double-barreled variant were equipped on the GM Sniper Custom as secondary weapons. Once the R4 beam rifle was depleted of charge or was unsuitable for use, the beam spray guns proved deadly against Zeon armour especially within the cramped confines of A Baoa Qu. The shotgun-like spread of the beam spray gun almost always guaranteed a one-hit kill in those close quarters, even against the heavily armoured Rick Dom II.

For fortifications and defenses, the GM Sniper Custom relied on the hyper bazooka to do the job. Recognising the merits of such weapons against thick targets including warships, a single bazooka round was enough to blow the torso off a mobile suit. However, the weapon was cumbersome, heavy and only held five rounds. Therefore, it was usually used under escort by other combat elements.

Certain units of GM Sniper Custom also packed a folding beam handgun, typically reserved for use by proven ace pilots or squad commanders.  A deadly weapon in a compact package, the beam handgun can be fired from either its folded mode or deployed mode, although the latter was easier to aim with. The handgun, despite its diminutive size, produced a powerful beam that could easily bore through the armour of a MS-09 Dom. The only drawback was its low ammunition capacity, relegating the handgun to be a last resort weapon.

During the siege of A Baoa Qu, GM Sniper Customs equipped with these beam handguns spearheaded the charge into the bowels of the Zeon facility, where passageways were narrow and congested, prohibiting the use of heavy weaponry. The handguns allowed the Federation to clear enemy positions without diverting fire support from EFSF warships, which was more needed in the space around the falling fortress.

As an ultra close combat weapon, the box beam saber mounted to the right forearms of GM Sniper Customs gave the mobile suits their only answer to melee attacks. The beam saber was quick to deploy and deadly to enemies, but can be rendered useless with a well-placed or grazing shot to the forearm. Nonetheless, the beam saber was used in conjunction with the beam handgun in infiltration operations deep within the maw of A Baoa Qu.


As a Master Grade model kit, the inner workings and mechanics were fascinating to build. Even if it is but a grunt unit, the usage of RX-78-02 2.0 and GM 2.0 inner frame parts create a splendid and satisfying build. The hands, while expressive and flexible, are difficult to position and can cause some problems when posing with the weapons. The tabs on the palms are also too shallow to sit snugly in the wells within the weapon grips. Stability-wise, the GM Sniper Custom is a rock!

Leading the charge into the fray, the GM Sniper Custom proved more than a match for the newest Zeon machines, but far deadlier as they were piloted by Federation veterans who had seen their fair share of carnage. 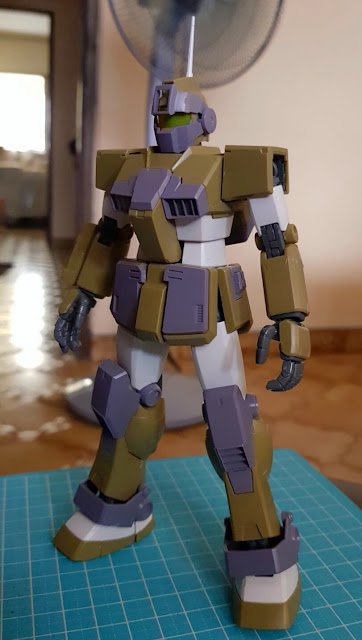 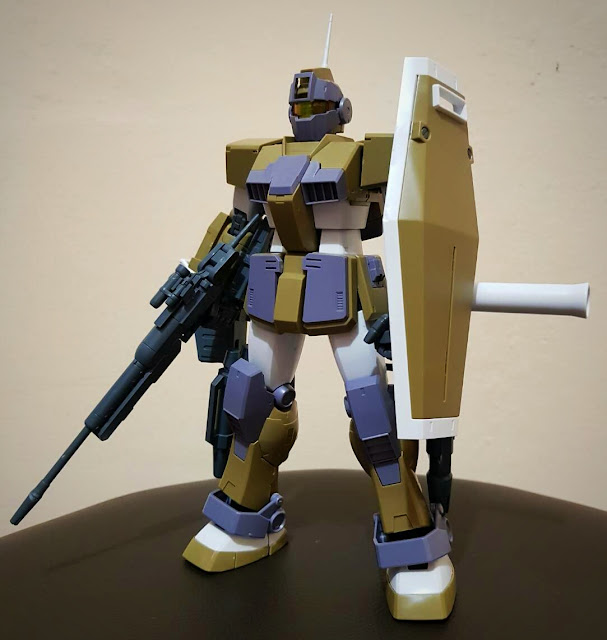 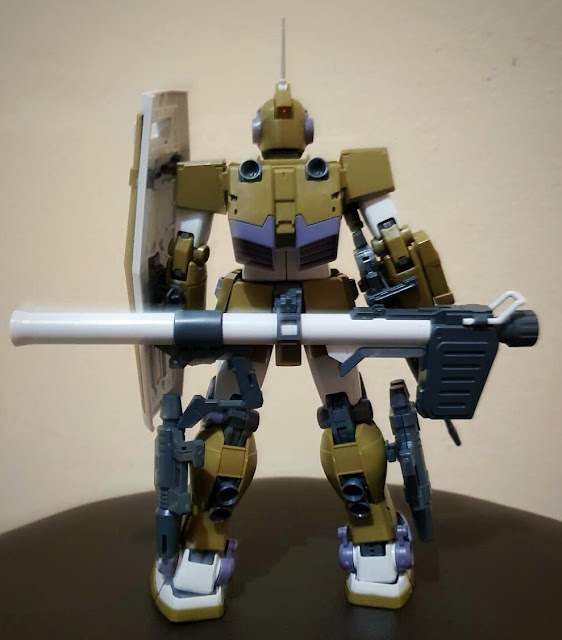 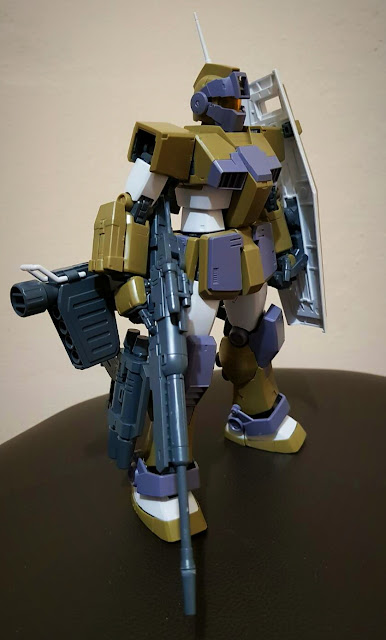 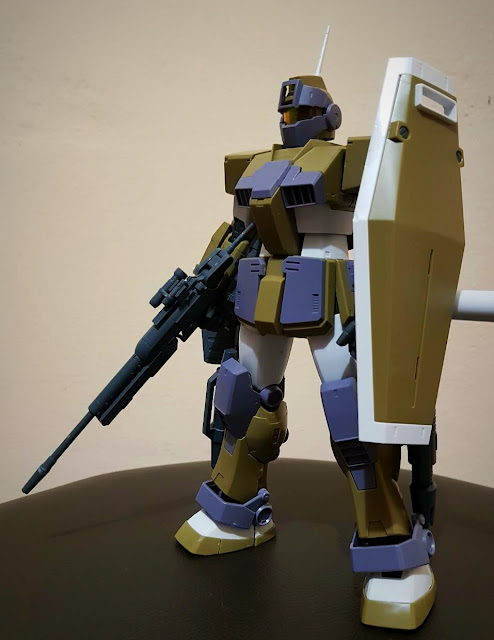 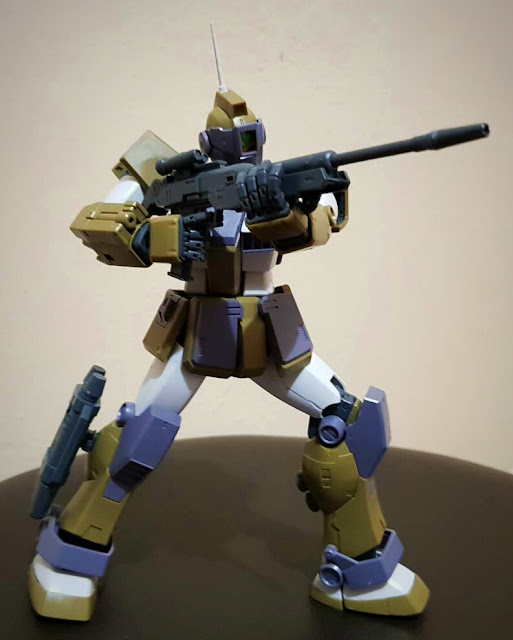 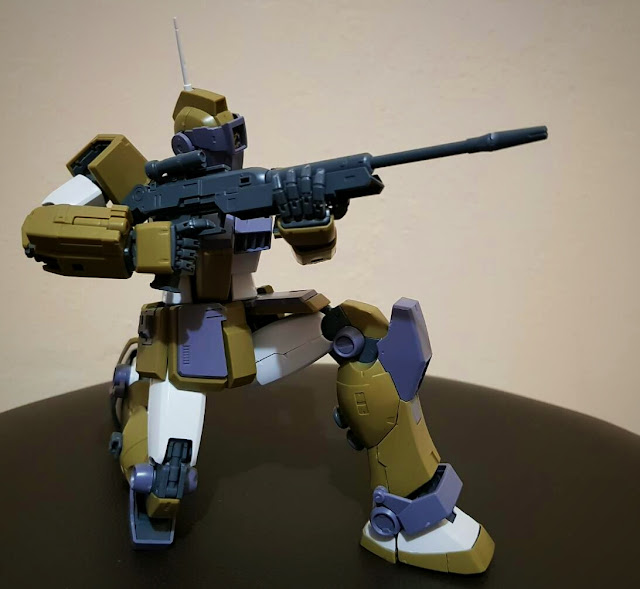 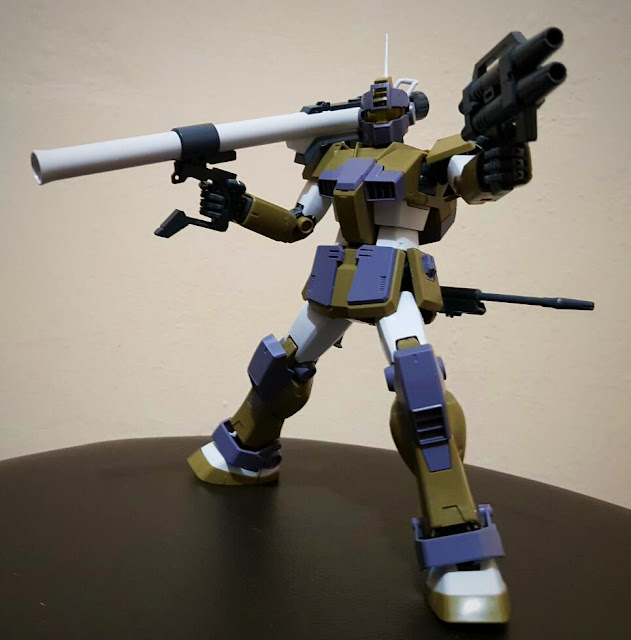 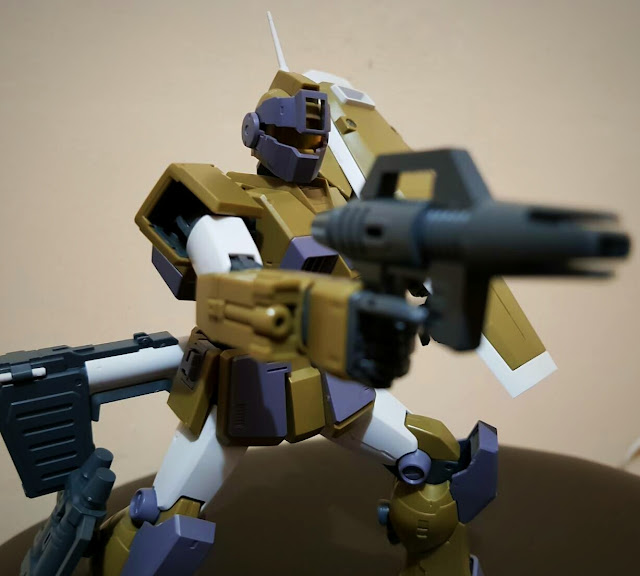 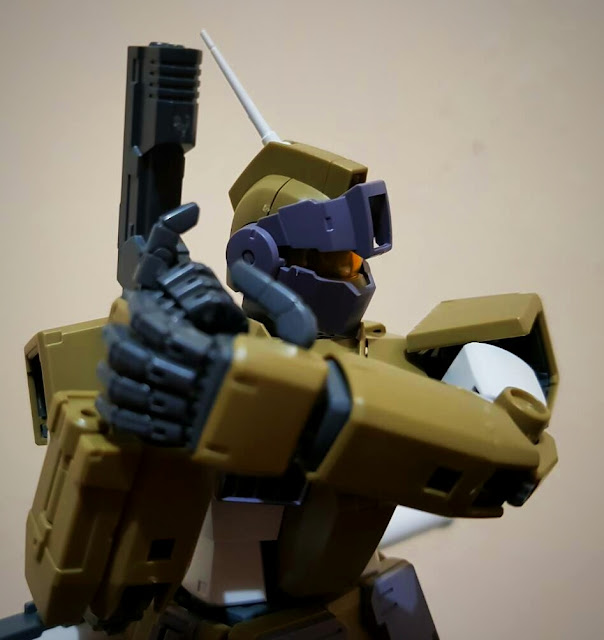 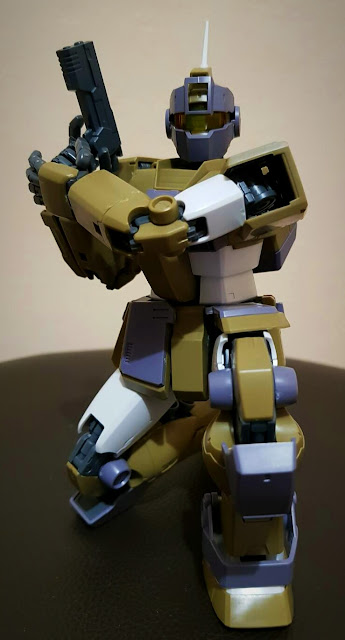 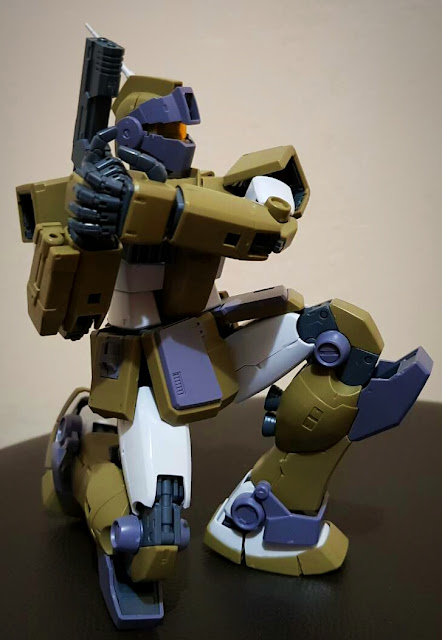 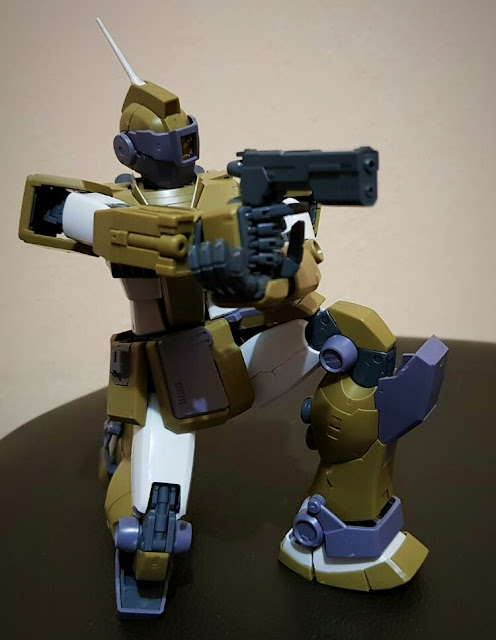 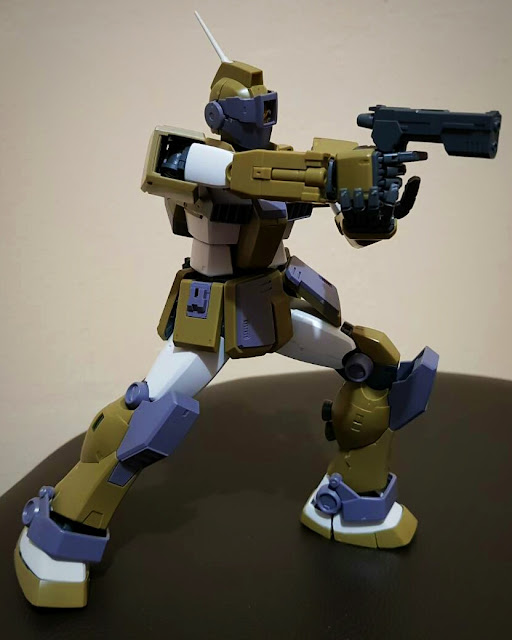 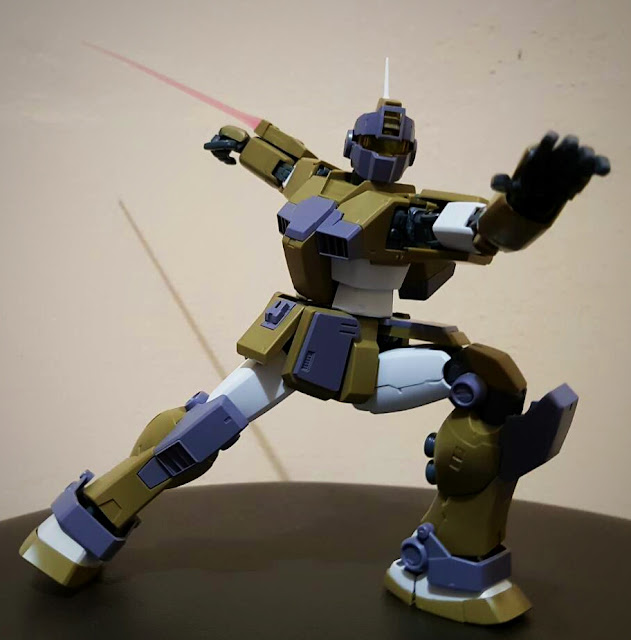 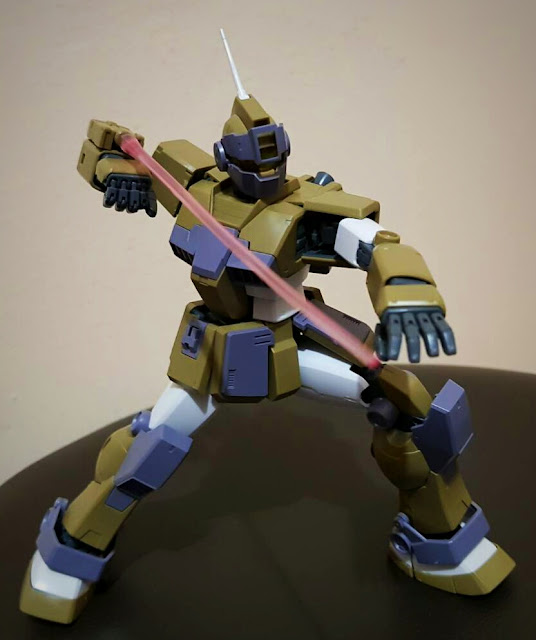 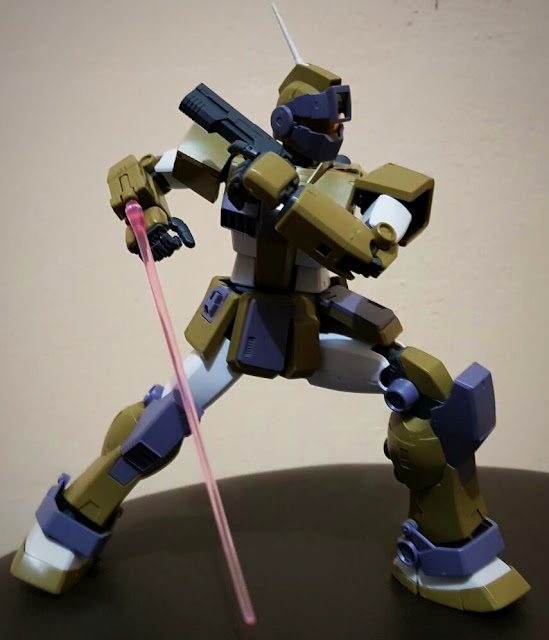 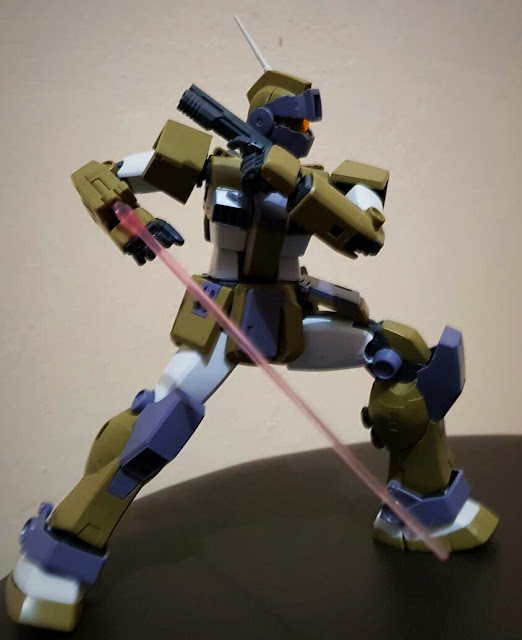 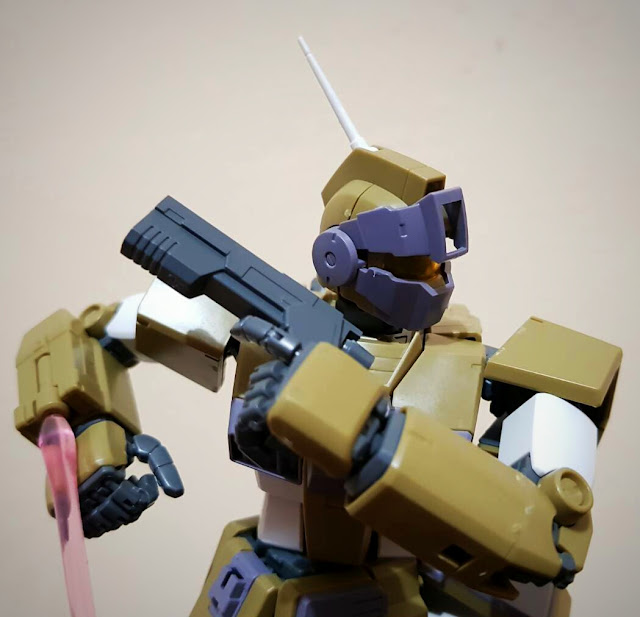 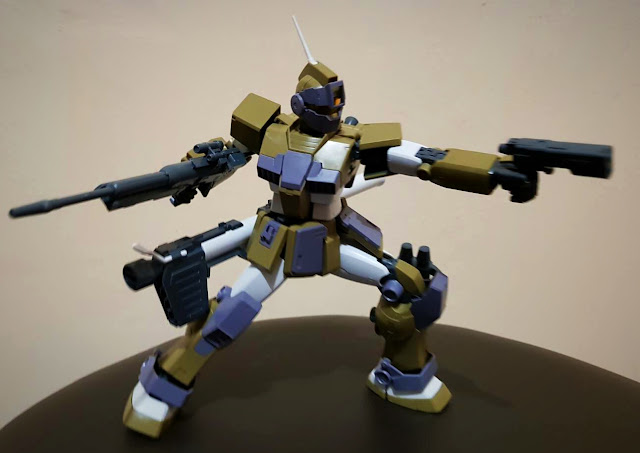 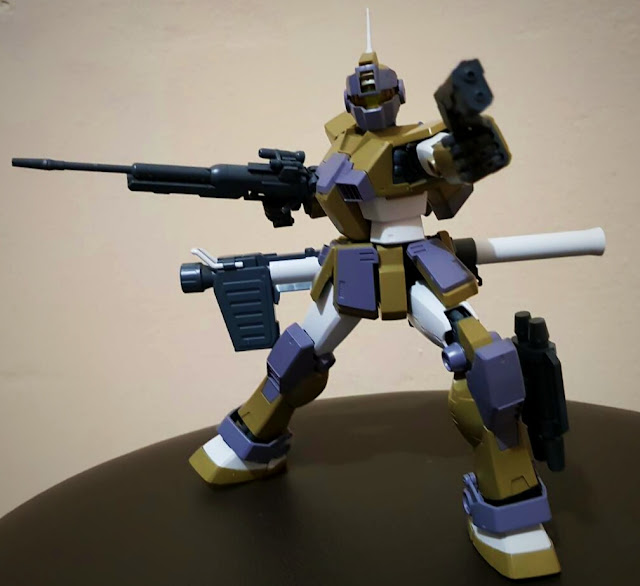 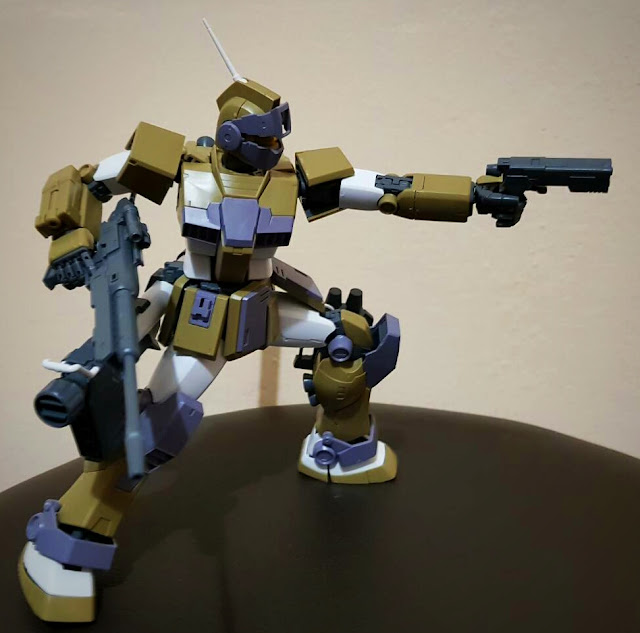 Posted by Gunplanerd at 4:09 PM