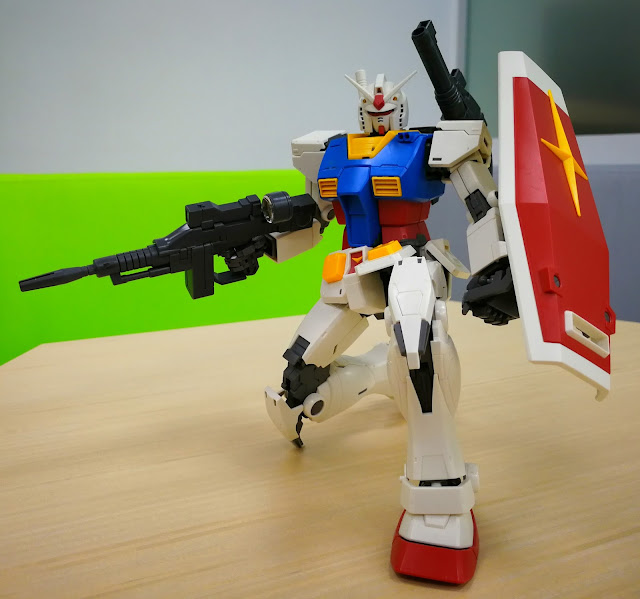 The gritty remake of the classic RX-78-2 Gundam!


Gundam The Origin as a series is intended to be a version of the One Year War more suitable for mature audiences. The theory is that the people who have watched the classic series are now grown up with correspondingly adjusted preferences, including their fondness for giant robots. The Origin takes the original series and retells it, largely from the Zeonic perspective but we also get some backstory (hence the "origin") for Amuro Ray and his father Tem Ray.

While following the same progression of events, Gundam The Origin takes some creative liberty when it comes to redesigning the capital ships and mobile suits from both belligerents. For one, the concept of the mobile suit is not exclusive to the Principality of Zeon: the EFSF also has access to mobile suit technology and are able to mass produce them as though they were M61 main battle tanks. However, Federation mobile suits were nothing more than walking tanks and weapon platforms, with little to no dynamic movement and posture control. Zeonic mobile suits on the other hand, were fluid, agile and versatile, able to accomplish much more than Federation machines thanks to the work of Dr. Mikhail Minovsky. Tem Ray's obsession with Dr. Minovsky's work led him to finally develop a machine that can face the Zeonic threat: the Gundam. 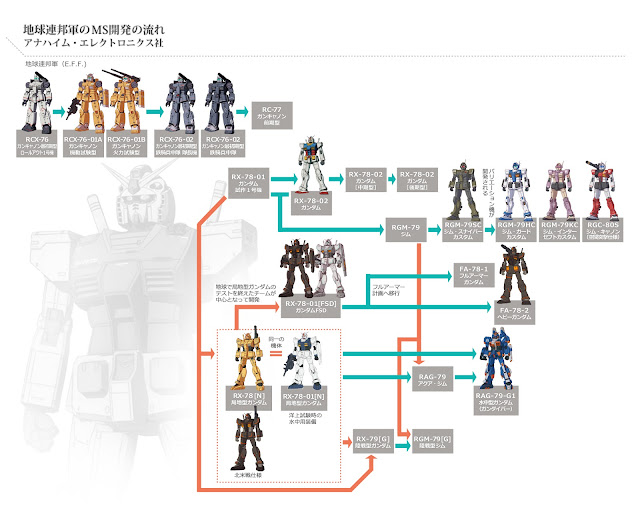 The RX-78-02 is the physical manifestation of Tem Ray's life's work, the culmination of his engineering prowess. Creating a machine that was able to go head-to-head against advanced Zeonic creations, the mobile suit was also a template from which many other high performance variants were spawned, including the RX-78[N] Gundam Local Type series of machines and eventually the Federation's true mass production mobile suit: the RGM-79 "GM" and all its variants.

The Origin RX-78-02 bears a number of differences over the classic RX-78-2, and these are successfully replicated in the Bandai MG 1/100 model kit. Intended as a weapon of war, the RX-78-02 was equipped with more built-in weaponry than its classic counterpart, featuring twin head vulcans, a clavicle gatling cannon, a clavicle shoulder magnum as well as arm-mounted heavy machine guns. While these weapons could be used against mobile suits, it is more effective against enemy light vehicles like jeeps, trucks and aircraft as well as ground infantry.

One of the main differences present on the RX-78-02 is the presence of a backpack-mounted cannon in lieu of one beam saber. A fearsome weapon that was basically a condensed version of the hyper bazooka, the cannon gave the RX-78-02 more options to engage middle to long range targets without resorting to the beam rifle with limited shots.

The RX-78-02 is provided with two beam rifles: a standard classic one and a heavier version that ostensibly holds a larger energy capacity. Both rifles can be mounted in the shield and also on the rear skirt armour, which can also hold the 360mm hyper bazooka.

The removal of the core block system in the RX-78-02 model kit allows for greater stability and a more dynamic range of motion. It also eliminates the problem of the torso accidentally separating from the waist section during posing and handling, an issue that is prevalent on model kits making use of the 2.0 frame. The armour pieces fit snugly into the frame and the armour panels on the hips do not hinder posing at all. The 3.0 hands however, are still fragile and prone to breakage and disappearing digits, especially when trying to hold the mobile suit's many weapons.

The RX-78-02 is a fabulous Master Grade model: stable, sturdy and bundled with many weapons and accessories. Just out of the box, it looks simply phenomenal. For RX-78-2 collectors, this one is definitely a must-have. 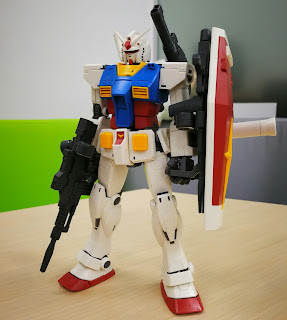 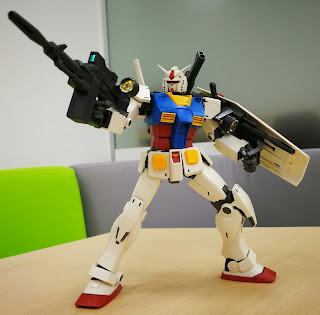 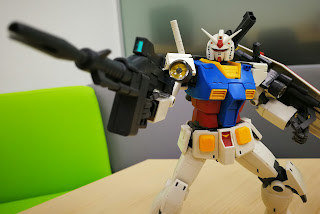 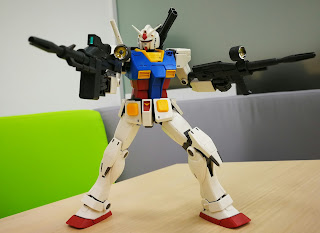 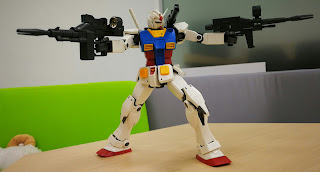 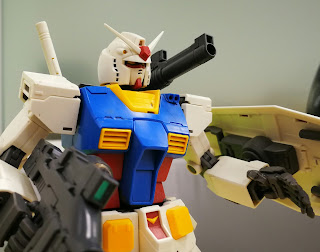 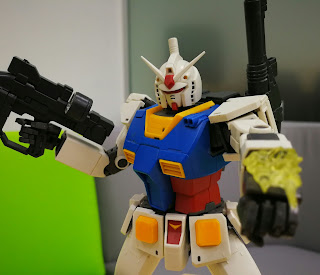 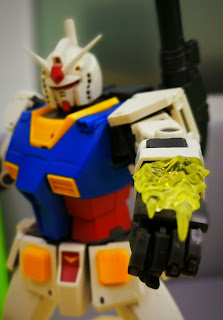 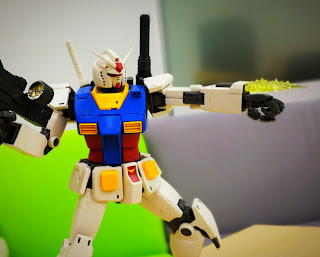 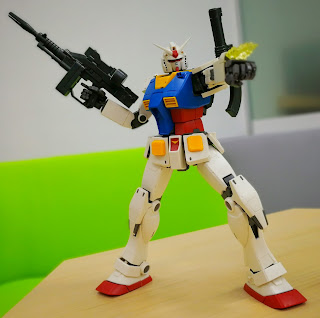 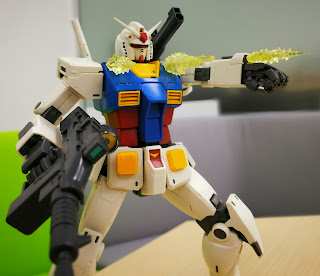 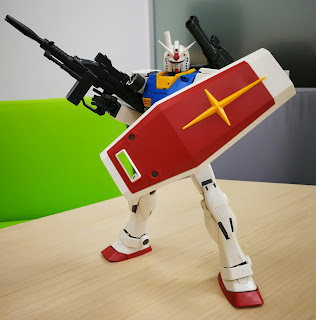 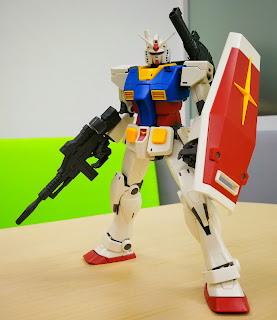 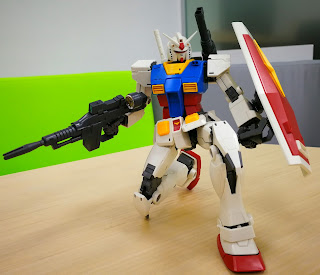 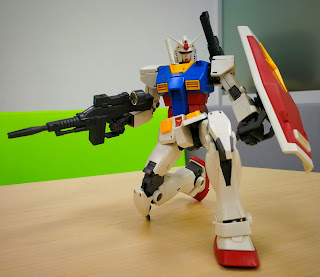 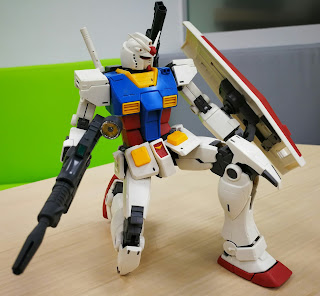 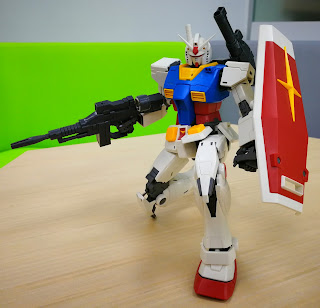 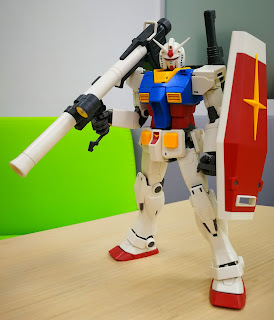 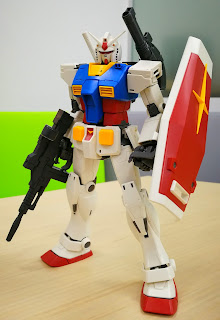 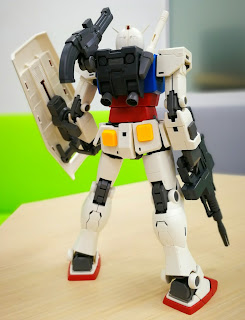 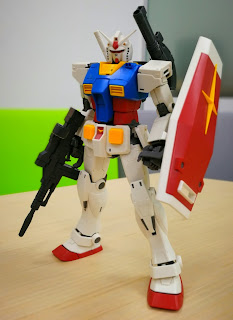