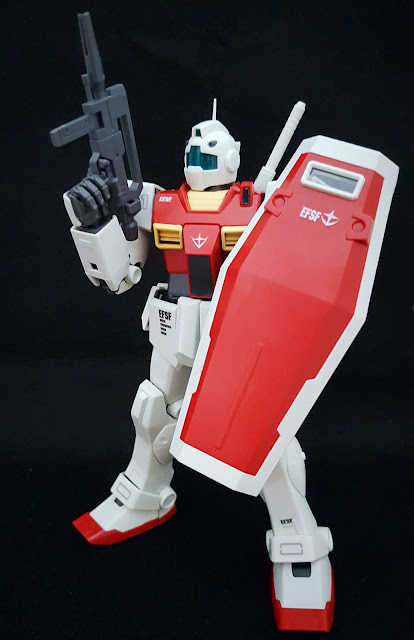 The GM II was a mobile suit frozen in time, being a combination of the technology that preceded its development while also serving as a testbed for the technology that will succeed it.
The RMS-179 GM II [Unicorn Ver.] exists as a P-Bandai MG 1/100 model kit, featuring updates to the original MG 1/100 GM II mold, also a P-Bandai kit. Largely based on the MG 1/100 GM 2.0 frame, GM IIs in Master Grade form actually bring a lot to the table despite their grunt unit status. The Unicorn Ver. of the GM II has different armour plating in some areas as compared to its predecessor, symbolising the addition of updated technology while still retaining the main MS frame.

This particular model of the GM II was active during the events of the La+ Incident, although relegated to menial duties like base defense. Despite its perceived tranquility as a dead-end vocation in the Federal forces, the GM IIs saw their fair share of action when the Beast of Possibility was activated.

Essentially the same RGM-79 GM that was first introduced during the One Year War in UC 0079, the GM II was testament to the versatility and utility of the mass produced frame. With periodic upgrades of modern technology to a readily-available frame, this was a more cost effective approach to building up a competent fighting force, rather than constantly researching and putting out new lines of model suits.

The GM II was armed with a standard loadout of general-use weaponry that consisted of two head vulcans, a beam rifle, two beam sabers and a shield. While definitely packing more punch than a GM Rifle or a 90mm bullpup machine gun, the beam rifle's effectiveness was severely limited in the face of anti-beam coating, a technology that was fast becoming standard issue on all mobile suits, friendly or otherwise.

With the proliferation of anti-beam coating, it was not uncommon to see beam shots ricocheting off enemy armour. It took multiple hits to wear down and eventually penetrate a target, a battlefield dynamic that gave rise to the revival of mobile suit squad tactics.

Generally composed of three-man fire teams, GM II squads made use of their beam rifles to suppress enemy forces while maneuvering into close combat range, where their beam sabers had more than enough power to overcome any anti-beam coating. The GM II's beam saber was larger than its predecessor's, containing a larger capacitor and particle reservoir that allowed the blade to be generated for a much longer time. The beam blade itself was also several notches in power over the GM's, being able to maintain its position when staked into the ground, dropping only when its internal battery was exhausted.

GM IIs made heavy use of its beam sabers to overcome enemy mobile suits, typically through simple slashes and stabs, although some pilots have been observed to kick their opponents before delivering a slash to the enemy cockpit.

When the mission called for more firepower, the GM II could be equipped with a 360mm hyper bazooka, a mass produced version of the heavy weapon first used by the RX-93 Nu Gundam during the Second Neo Zeon War.

Launching an anti-armour self-discarding sabot round, the hyper bazooka possessed enough raw firepower to blow off the torso of most contemporary mobile suits. While effective in combat, it was heavy, unwieldy and made the user a big target, therefore only used when the situation truly necessitated it. 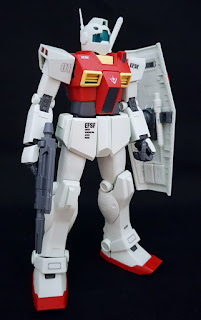 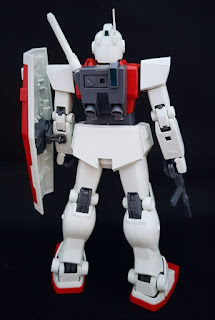 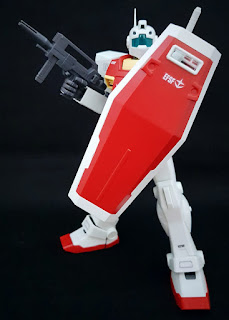 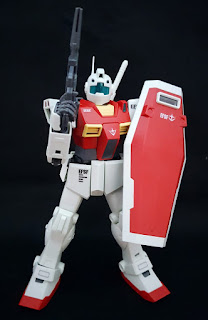 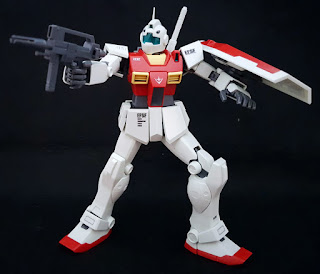 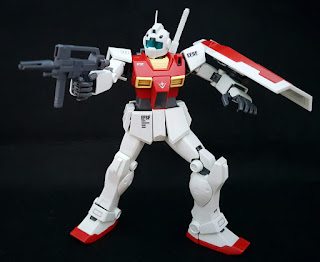 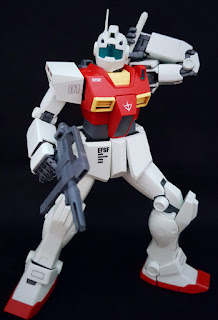 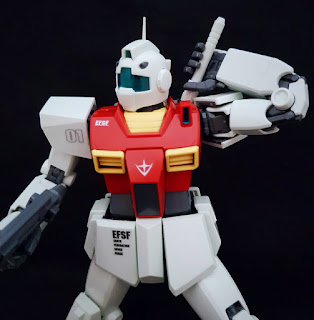 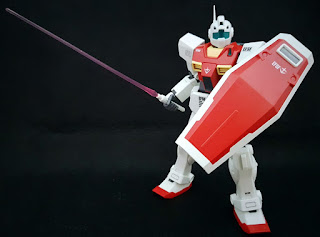 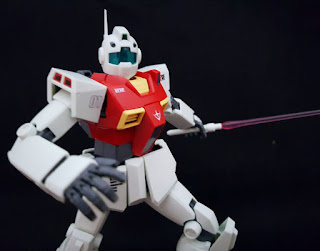 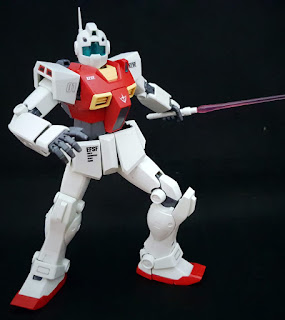 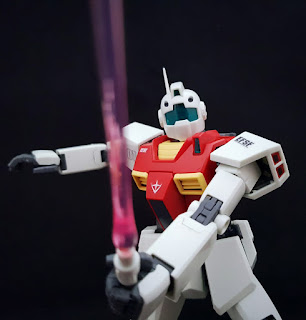 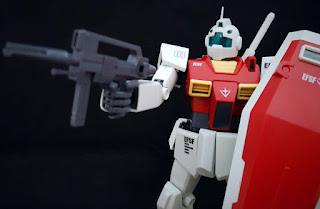 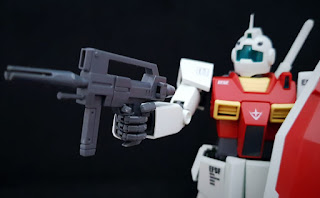 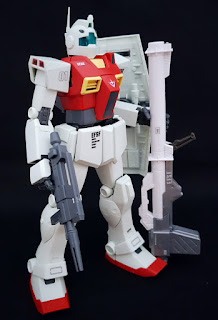 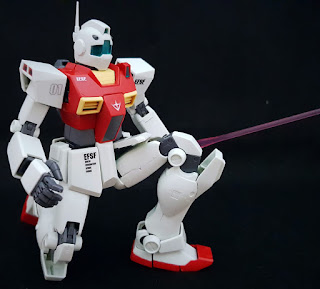 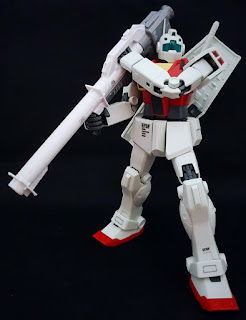 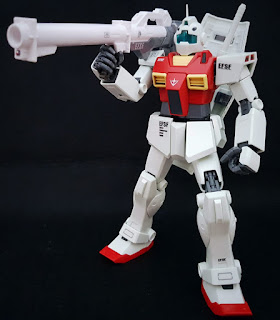 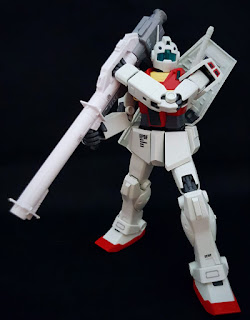 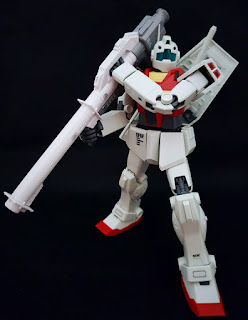 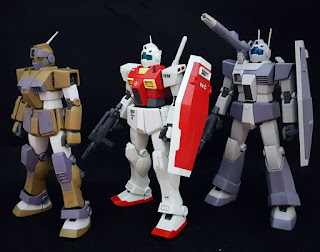 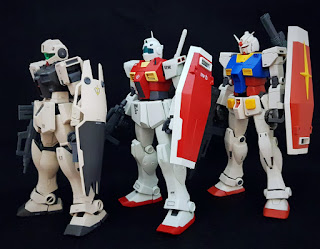