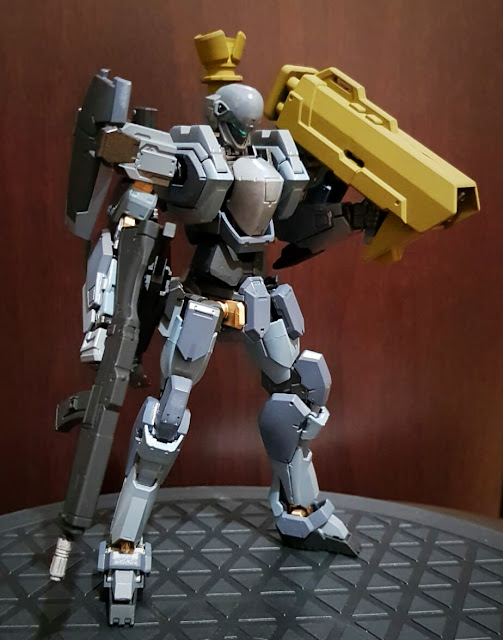 
While the Arbalest and Laevatein Arm Slaves from the recent Full Metal Panic! Invisible Victory anime series were cool and badass, the M9 Gernsback series of Mass Production Arm Slaves was the scene-stealer. The subdued colour scheme, sleek design and weapons loadout made the M9 one of the most memorable units in a show chock full of interesting and at times outlandish mechanical designs.

Having previously built Bandai's 1/60 ARX-7 Arbalest and the 1/60 M9E Gernsback Commander Type, I decided to complete the trio by painting up the regular M9 Gernsback in the following colours while largely retaining the stock colour scheme:
The Metal Build M9 Gernsback includes a box missile launcher and a bazooka as part of the Arm Slave's extensive armament. To replicate this (somewhat) in the model kit, I used the box missile launcher from the HGIBO 1/144 MS Option Set 2 & CGS Mobile Worker (Space) along with the bazooka from the HG Customise Campaign 2018. The two weapons go neatly with the M9's aesthetic, joining a huge plethora of weaponry available to the Arm Slave.

The heavy weapons equipped by this version of the M9 Gernsback was to counter the Plan-1051 Behemoth third generation Arm Slave operated by Amalgam. The combat doctrine is to overload or outright destroy the Behemoth's Lambda Driver cooling apparatus with the heavy weaponry, causing the machine to collapse under its own gravimetric stress or form an opening for an attack on the cockpit with the monomolecular cutter. 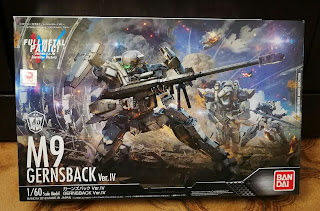 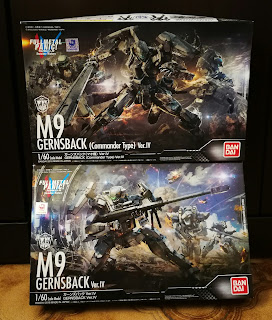 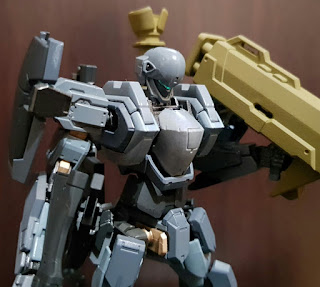 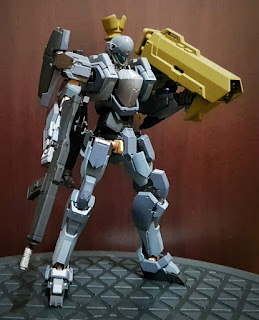 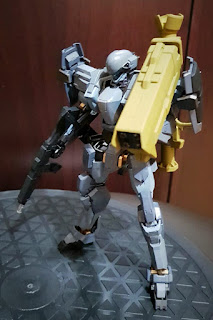 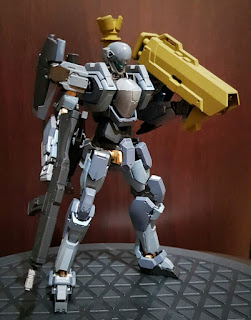 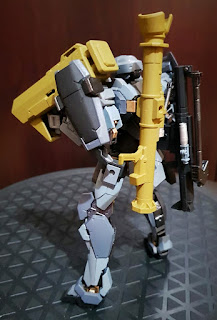 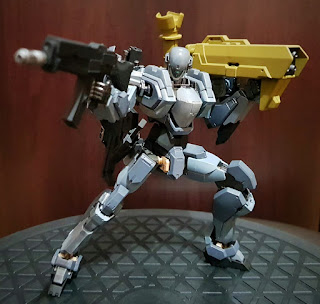 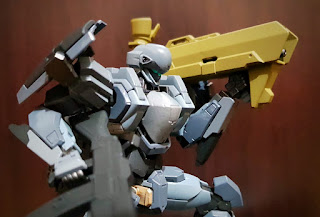 Posted by Gunplanerd at 7:46 PM