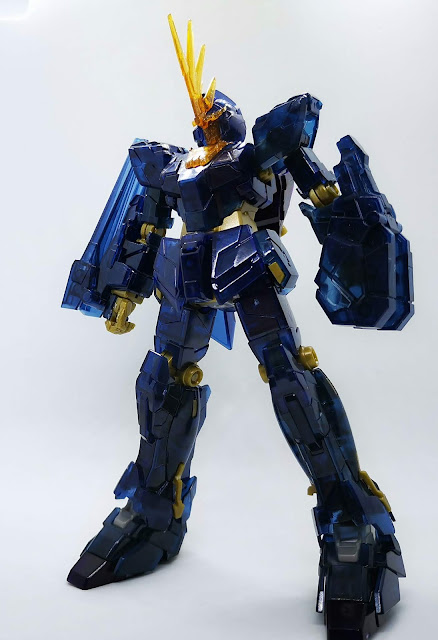 A transparent rendition of Marida Cruz's Banshee before going NT-D, a multitude of colours in both clear and opaque finishes (clear midnight blue, clear purple, clear glittery orange, solid gold, solid silver) work together to bring out the ferocity that is the Black Lion!

As the Armed Armor BS and VN on the Unicorn Mode Banshee are inert versions, you can't really pose with them in attack position. However, the Banshee itself looks badass just standing around doing nothing.  The inert Armed Armors can still be worked into dynamic poses but they just lack the "oomph" of the NT-D versions. Throw on a beam saber and you can get some nice melee angles!

Somehow, I prefer the clear version of the Banshee over the original! 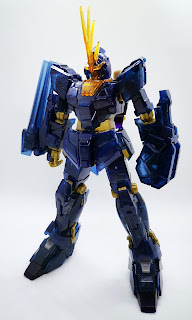 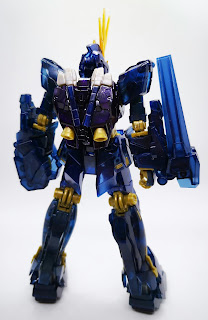 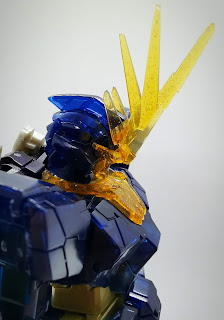 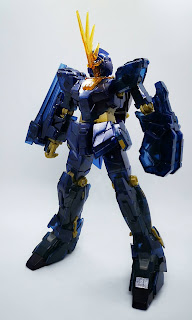 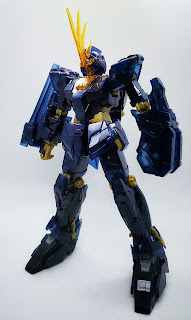 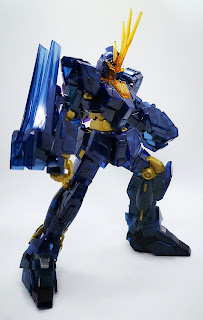 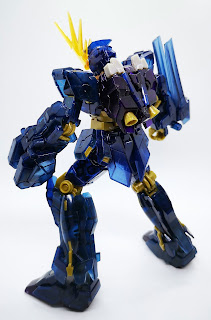 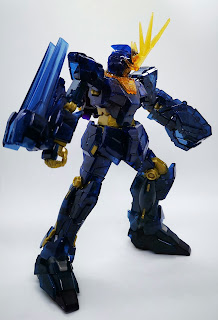 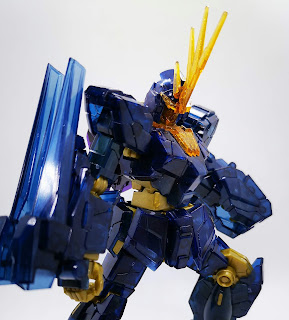 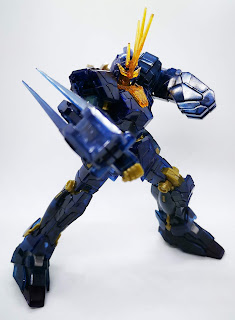 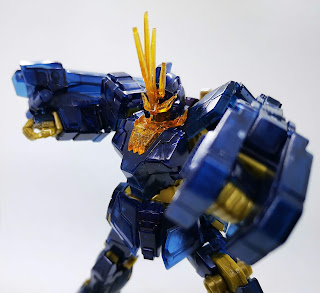 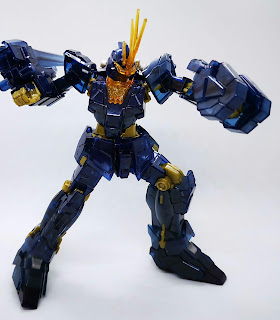 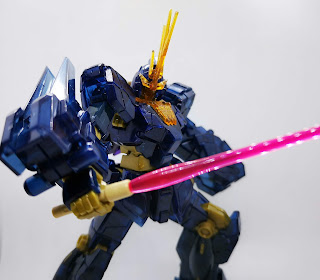 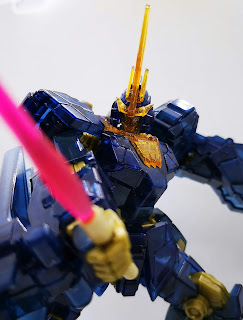 Posted by Gunplanerd at 4:03 PM