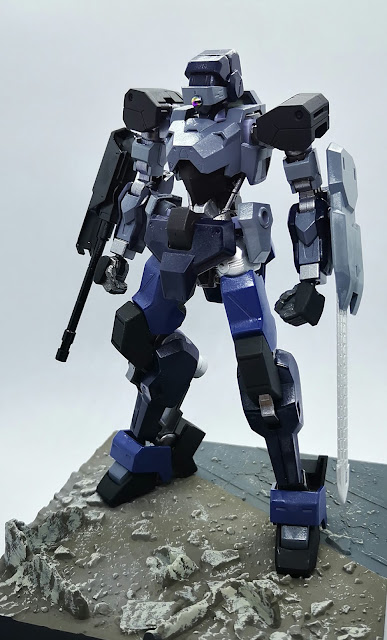 I know the Io Frame Shiden is a grunt suit and all but - to me at least - it REALLY looks like it can be a Jaeger from the Pacific Rim universe.

The Epsilon Horizon is the ultimate culmination of the Pan Pacific Defense Corps' Mass Production Jaeger programme. Intended as the direct competitor against Shao Industries' Drone programme, Epsilon Horizon was a high performance, general use two-pilot Mark-V Jaeger combat system with a more vanilla design and frame that allowed for simplified production and lowered costs.
The Jaeger was meant to supplement the Jaeger forces of all Shatterdomes around the world, supporting the Single Production Types (e.g. Gipsy Avenger) in combat and base defense duties.

Epsilon Horizon condensed all available Jaeger tech and combat data into a viable and easily reproduced combat frame. Featuring a hardened conn-pod with an additional sensor-equipped armoured visor, the Jaeger was designed to extend pilot survivability and hence, improve combat efficiency.Equipped with two primary weapons, Epsilon Horizon relied on its relatively light frame and agility to close in on enemy targets or evade attacks. The long range 120mm cannon fires a variety of rounds, although anti-Kaiju sabot ammunition were always loaded by default. With a decent rate of fire, the cannon was able to deal devastating damage against kaiju anatomy and stop the monsters in their tracks.

Epsilon Horizon was equipped with a standard PPDC chainsword for close quarters combat. Although this cheaper version of the chainsword could not be retracted or sheathed in a field of blue plasma for increased cutting strength, it was hardier and sturdier, with reports indicating that the chainsword could penetrate kaiju carapace with sufficient applied force.

A small contingent of operational Epsilon Horizon units were fielded alongside the Gipsy Avenger Full Weapon during the final battle in Mega Tokyo. Although each individual Jaeger was no match for a Category 5 kaiju, usage of team tactics and volley fire successfully brought down lesser kaiju, creating an ideal tactical situation whereby Gipsy Avenger could engage the gigantic combined kaiju with the might of its entire arsenal.

Build Notes
The base Gunpla was the HGIBO 1/144 Io Frame Shiden, one of the best grunt-type units in terms of the building experience, accessory count and low price point. A chainsword from the Bandai HG 1/550 Gipsy Avenger model kit was grafted onto the Shiden's mini-shield while a 120mm cannon from the HGIBO 1/144 MS Option Set 5 rounded up the re-imagined Jaeger's weapon loadout.

The following colours were used to give the Epsilon Horizon a generic yet tactical colour scheme:
Gallery 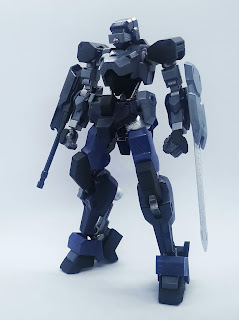 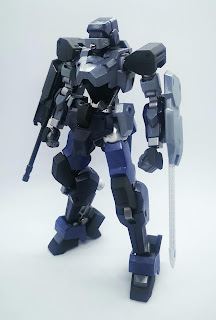 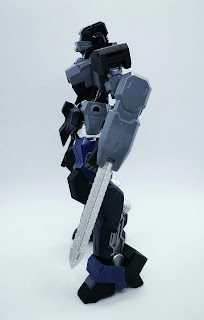 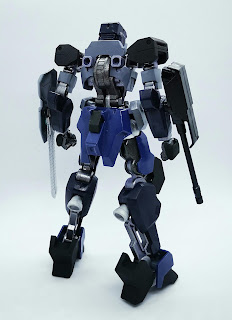 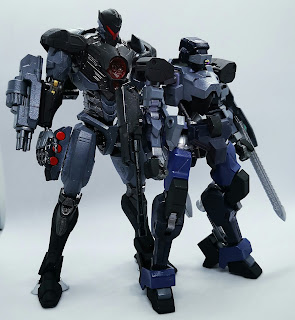 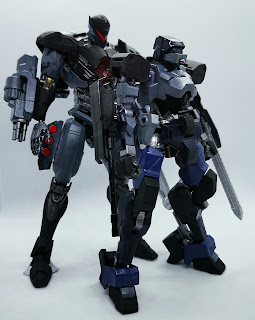 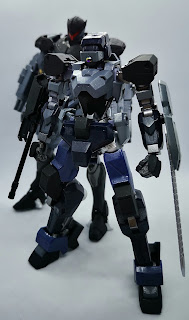 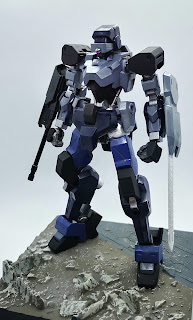 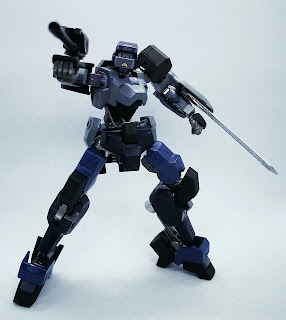 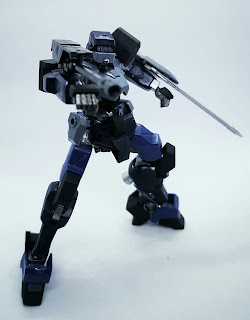 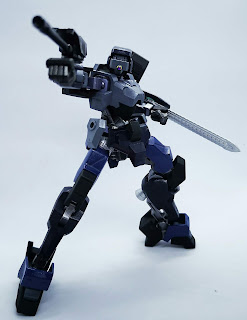 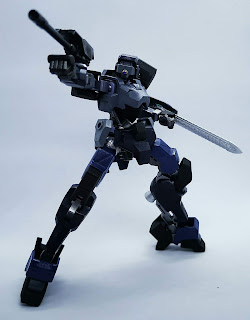 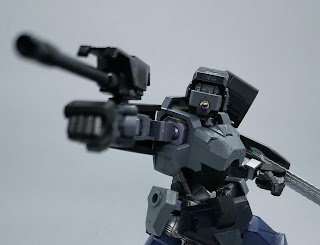 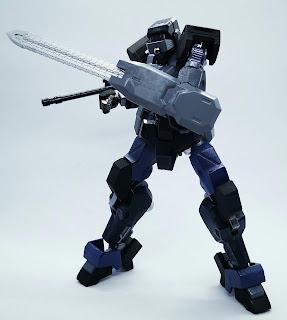 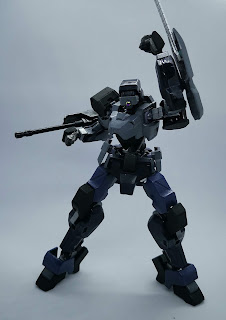 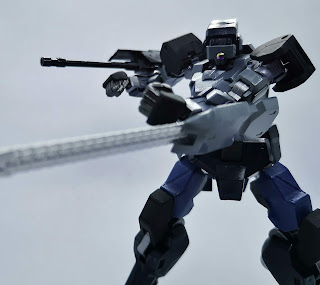 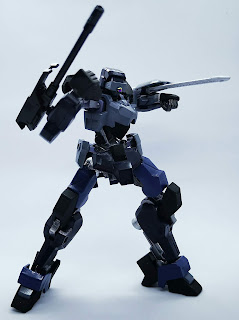 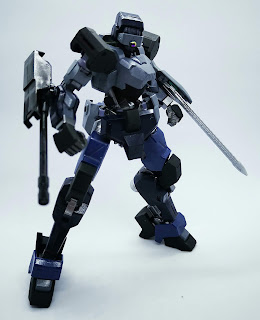 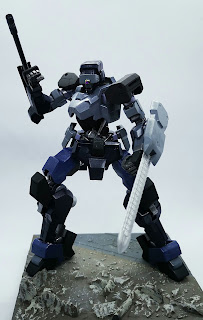 Posted by Gunplanerd at 5:39 PM