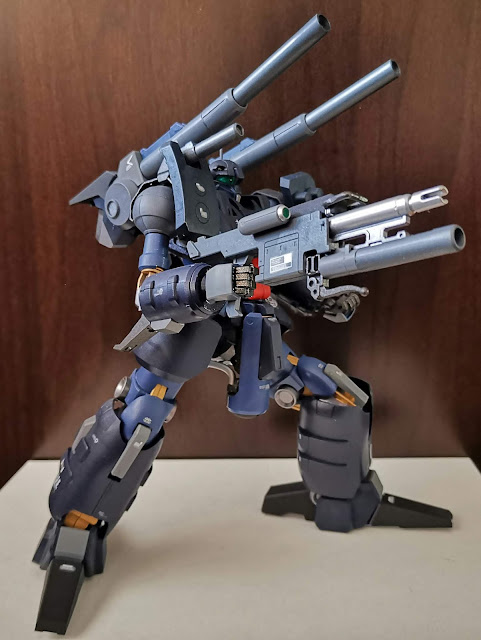 A thicc boy sporting a big package!😎
Although the Guncannon Detector made its debut way back during the events of Zeta Gundam, we only got a proper look at its badassery in the Unicorn Gundam series where a pair of blue-coloured Guncannon Detectors mounted an admirable but ultimately futile defense against the Zeon Remnants during the Battle of Torrington in U.C. 0096.

While the Detector inherits the Guncannon moniker and was operated by the original pilot of the RX-77 Guncannon when it was first deployed, the Detector was actually developed from the MSA-005 Methuss, a highly versatile mobile suit frame that spawned many different mobile suit designs. The Detector was different from the rest of the Methuss' development lines as it was a huge unit, towering over contemporary mass production type MS and was armed to the teeth.

The main reason for using the Methuss' frame was to make full use of the excellent transformation mechanism, allowing the Detector to instantaneously transit into the Artillery Form, whereby the front armour unfolds to create a highly stable three-point kneeling stance with the legs, allowing for rapid and precise artillery fire. This was on full display during the Battle of Torrington where a single Detector in Artillery Form took out the sub-flight lifters of several Zeon Remnant mobile suits, forcing them to make landfall earlier and trek on foot to their targets.

As an artillery mobile suit, the main weapons on the Detector were the pair of backpack-mounted heavy beam cannons. Powered directly by the Detector's generator, the beam cannons could vary their output to fire stronger, more concentrated beams or relatively weaker ones in rapid succession. The very nature of beam weaponry guarantees a one-hit kill against targets without the necessary anti-beam safeguards, which makes the Detector's weapons extremely deadly in the right hands.

The Detector also mounted a wealth of supporting weaponry, including 60mm head vulcan cannons, a semi-automatic beam gun mounted on its right shoulder to ward off encroaching enemies as well as a beam rifle with underslung grenade launcher. The Detector also had relatively heavy armour plating as it took the combined (and flashy) effort of a MS-09F/trop Dom Tropen, MS-06D Desert Zaku and MS-09G Dwadge to disable a single Detector during the Torrington Base battle.

With such stellar performance, the Guncannon Detector should have been mass produced and deployed to guard every EFF stronghold.

Build Notes
After the disaster that was the RE100 1/100 Hamma-Hamma, I was a little cautious approaching another RE100 model kit. Largely swayed by the price point of the Guncannon Detector (S$38 at a sale) and also the dark blue Titans-esque colour scheme, I decided to do a quick colour correction build:

I also shoved a pair of styrene tubes as barrel extensions to the backpack cannons as I always felt that the stock cannons looked too shallow. Despite the relative bulk of the model kit, the shifting joints allow for a pretty generous range of motion, made possible with sturdy stability. 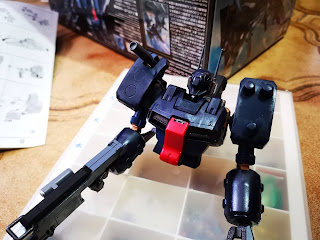 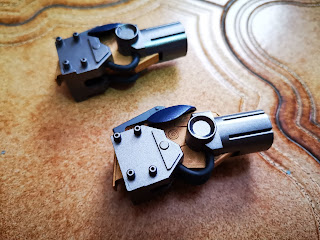 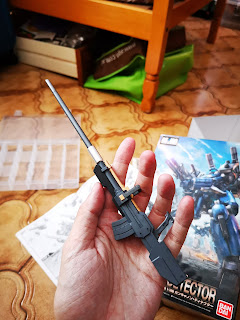 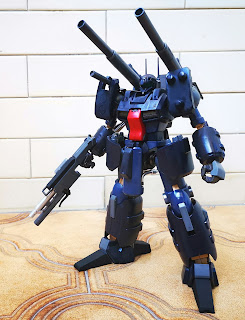 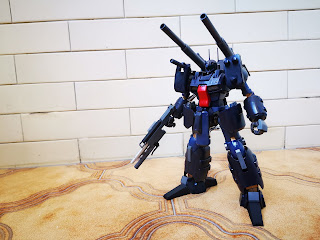 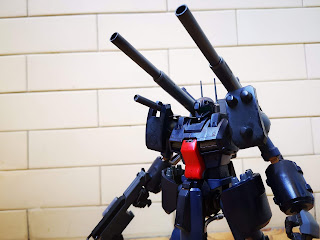 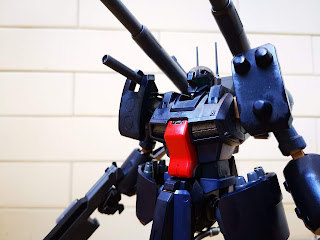 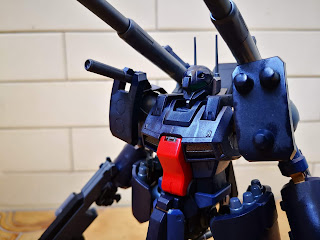 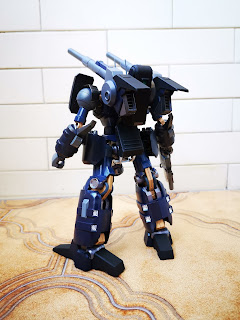 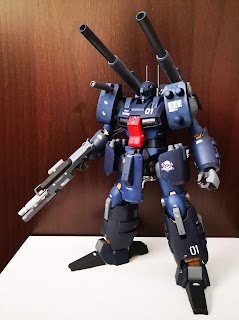 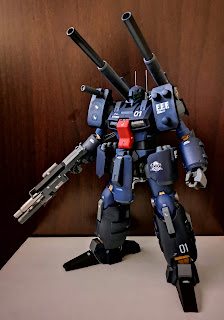 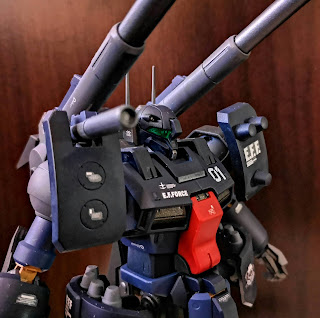 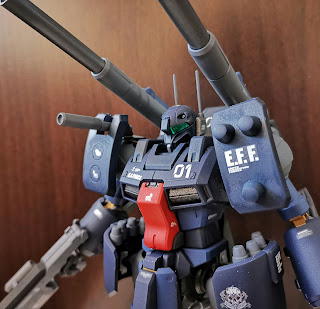 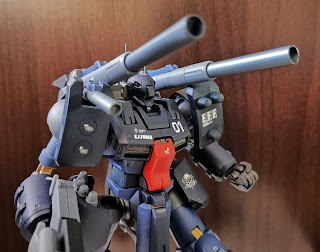 Email ThisBlogThis!Share to TwitterShare to FacebookShare to Pinterest
Labels: RE100, Ver. GPN