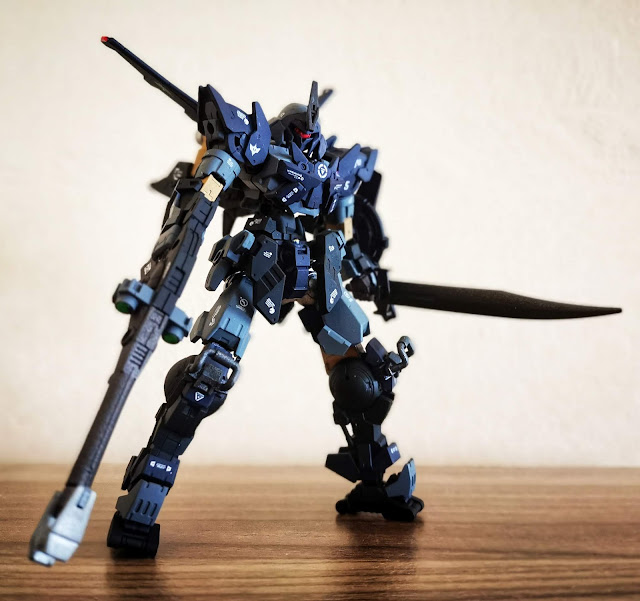 #CircuitBreakerBacklogChallenge Build #5 - the Portanova (and by extension the entire 30MM series) is so ripe for intense customisation!

The 30MM 1/144 Portanova is easily the best model kit from the entire 30MM line, boasting a unique, interesting look, deep potential for customisation along with great playability and articulation. With the sheer volume of Option Sets that Bandai is pumping out, there really are no limits.

For this particular build, I used the following sets:

Fictional Lore
A souped-up variant of the all-purpose Portanova EXAMAC system, the Commander Type machine was assigned to ace pilots who had proven their worth on the battlefield. Featuring heavier armour all over the frame, Commander Type machines also had access to the expanded Bryon arsenal, including flight units, heavy cannons, beam gatling guns and a variety of bladed weapons such as a massive Heavy Heat Sword.

Most ace pilots equipped the Flight Unit by default, giving the Portanova incredible mobility and agility both in the air and on the ground. It was fairly common to see Portanova Commander Types boosting into enemy formations to surgically take out enemy commander units with the Heavy Heat Sword before banking on the Flight Unit's output to retreat out of harm's way. The large shield mounted on the machine's left arm helped to screen incoming enemy fire and preserve the Portanova's suvivability.

A full head taller than grunt Portanova units, Commander Types featured reinforced and heavier armour to key sections of the frame: shoulders, chest, waist and ankles. The ankle joints in particular are now encased in a block of armour to guard against enemy fire as enemy Altos regularly aimed for the least-protected ankle sections of Portanova units to easily disable or incapacitate them. The additional armour installed effectively removed the Portanova's literal Achilles' heel and also afforded ace pilots the tactical option to deliver crushing roundhouse kicks while airborne.

While ace pilots had their pick of weapons from the vast Bryon arsenal, the 180mm heavy cannon was seen as a symbol of prestige and recognition in the Bryon ranks. An easy weapon to learn but difficult to master, the high recoil of the anti-armour gun necessitated manual control of the Portanova's right arm unit, calibrating the servo-motors' output and sensitivity with each shot. if done properly, the heavy cannon could spit out high-velocity ordnance at two rounds a minute, which was sufficient to annihilate whole platoons of enemy Alto units or even the more advanced Rabiot machines. It was even harder to control the weapon while in the air, and only the most skilled of ace pilots are able to operate the fearsome weapon one-handed and rain death from above.

The Commander Type Portanova represented the absolute pinnacle of technical development for the third generation EXAMAC system. While it was virtually unmatched in the skies, a new variant of the Earth Federation Army's Alto Ground Type almost clipped its wings and brought it to the ground. 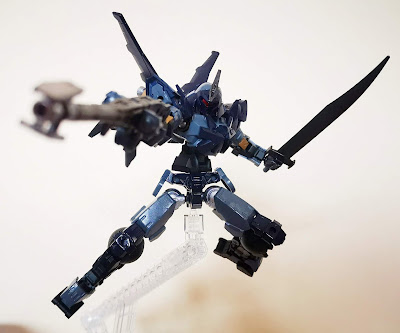 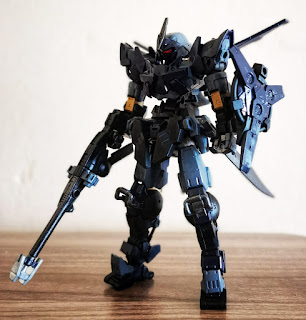 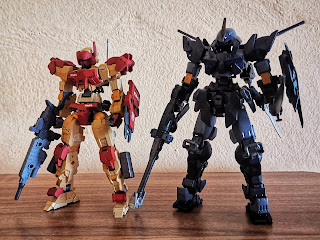 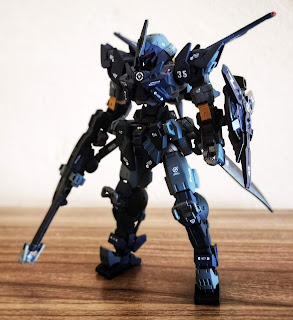 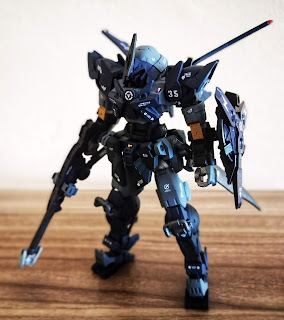 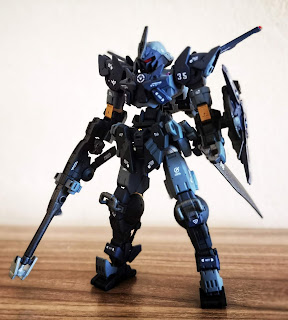 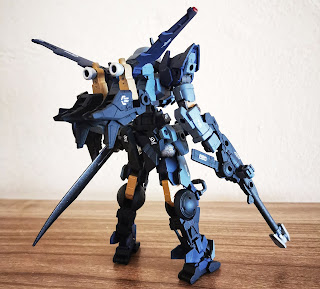 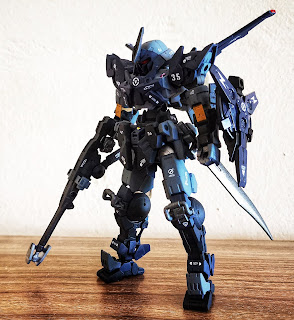 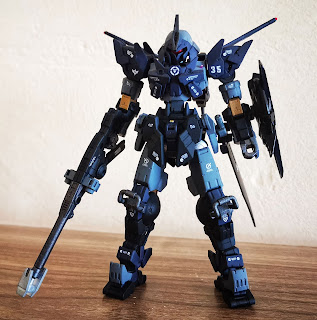 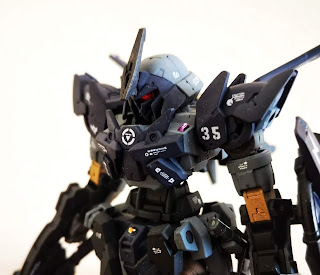 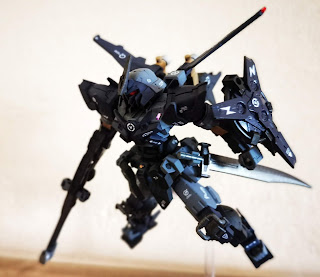 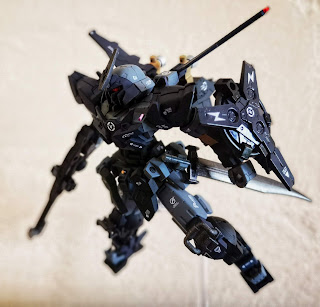 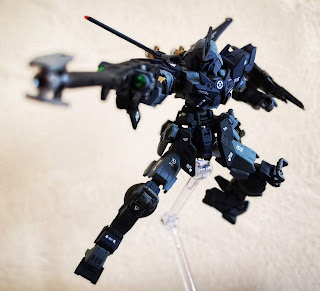 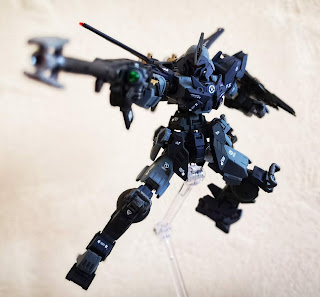 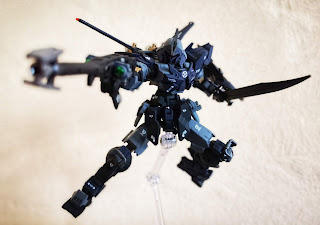 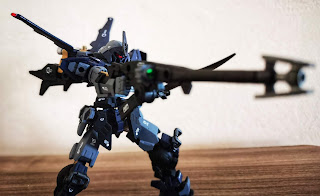 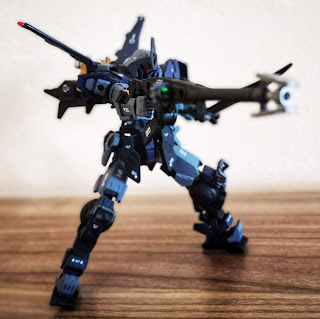 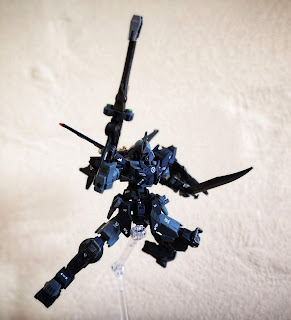 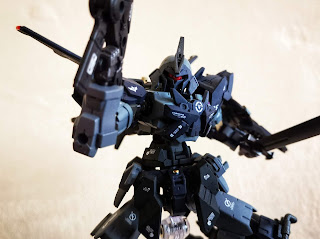 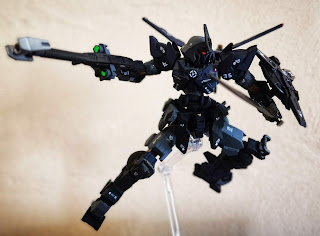 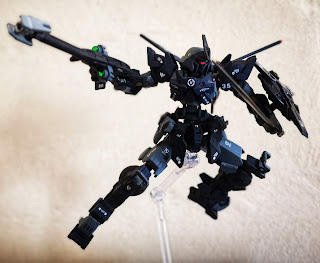 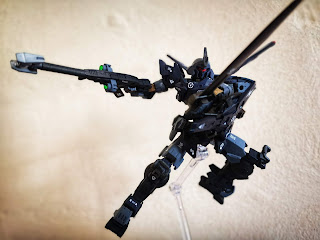 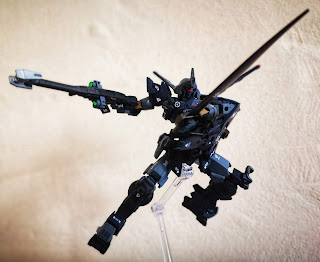 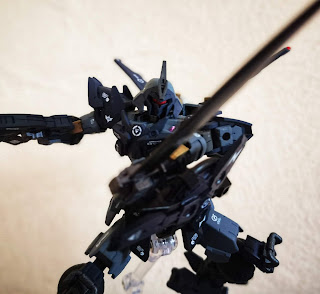 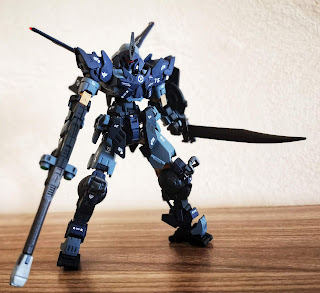 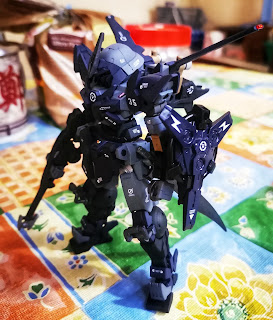