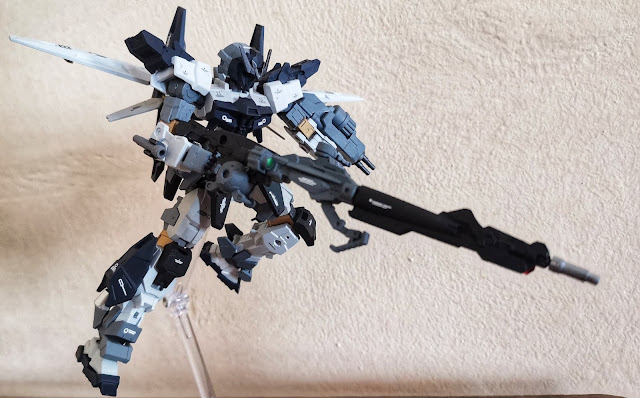 Even in alternate futures where giant robots are used to wage war, leaders still have to get things done themselves.


The Alto was an immensely versatile EXAMAC System, being able to quickly adapt to changing tactical situations by switching out armour and equipment from a base frame. The unit has proven its worth in the ongoing war against the Bryon Army and their equally-versatile Portanova, depriving the the invaders of a quick victory and fighting them to a bloody stalemate.

Along the northern outskirts of strategically-important J-City was a hastily erected wall of polycrete, steel rebar and EXAMAC armour, a makeshift barrier intended to keep Bryon forces from taking the city. Allied Earth Forces patrol the 10-kilometre fortification at all times of the day, fending off Bryon Army Portanova patrols and the occasional assault force reinforced with the new-model Ciel Nova units. Lately however, the Bryon forces have been pressing the attack with more frequent incursions and Allied Earth Forces feared that a major offensive to take the wall (and J-City) was imminent.

Without any warning, three full divisions of Bryon Army EXAMACs and Extended Armament Vehicles appeared over the horizon and barreled towards the J-City wall. How did an enemy force of that size slip through early warning systems, nobody knew. The only thing that was painfully evident at that point in time was the sheer volume of enemy fire being poured onto the wall, breaking off a section in the opening minutes of the battle.

While Altos in Close Quarters Combat Configuration were able to stem the tide of mass production Portanovas from overwhelming the breach in the wall, they were being steadily picked off by Ciel Novas directing extremely precise close air support. Although the new Bryon Army units presented a larger target than the Portanova, they were typically escorted by nothing less than 3 Portanova units outfitted with Close Combat Armour, making the Ciel Novas hard to kill. The large radar-dome mounted on the Ciel Nova's backpack allowed it to make highly accurate guidance solutions for Bryon Army kill packages, slowly but steadily decimating the number of Allied Earth Force defenders.

Every Allied Earth Force formation was put under the command of a Commandant, a veteran of the war with years of combat experience and confirmed kills under the belt. J-City's Allied Earth Force contingent was no exception, and the Commandant soared into battle in his customised Alto equipped with an high mobility backpack.

Commandant-Type Altos were rare, reserved only for top leadership of the Allied Earth Forces. While the base frame was still an Alto, all performance limiters, output inhibitors and automated drive systems were removed, resulting in a very sensitive machine that came very close to mimicking human movement. Commandant-Types were also distinguished by their special armour, particularly the chest, shoulder and helmet which also had full command & control capabilities. These Altos were no longer run-of-the-mill, mass production machines: they were very much ultra-performance Ace Killers.

Formation Commandants had unfettered access to the Allied Earth Force arsenal and could essentially pick any weapon and equipment that struck their fancy. The J-City defense contingent commandant preferred to command his forces from the rear with a broad view of the tactical picture, hence equipping his Alto with a high-energy beam cannon, a 220mm arm-mounted chain gun, an experimental arm-mounted beam blade and a high mobility backpack.

The Commandant used the high mobility backpack's extreme speed and agility to quickly move between contested points, wiping out grunt Portanovas from afar with the beam cannon. The powerful weapon was able to switch between a rapid-fire "Splash" mode and a far-deadlier "Stream" setting that unleashed an intense laser beam that could cut through almost anything for a maximum runtime of 8 seconds. The long range of the beam cannon meant that Portanovas were being taken out without even sighting the Commandant-Type Alto, helping the ground-pounding Altos turn the tide. With steady commands issued by the Commandant, the Allied Earth Forces began to actively push the invaders back.

A Commander-Type Portanova acquired the Commandant-Type Alto as a target and blitzed towards it with frightening speed. Undeterred in the slightest, the Commandant completed his firing cycle on a hapless Ciel Nova and its Close Combat Portanova escorts before training the 220mm chain gun at the approaching machine. The advancing Portanova caught a smattering of armour-piercing rounds and stalled its advance, allowing the Commandant-Type Alto to surge forward and bisect the Portanova with the arm-mounted beam blade. As the two halves of the Bryon machine fell to the group, an enemy light destroyer appeared over the horizon.

Knowing that the warship had more than enough firepower to destroy the wall seven times over, the Commandant soared towards the destroyer at full speed. Without breaking stride, the Commandant turned his Alto upside down and fired the beam cannon at the underside of the warship, the intense 8-second beam burning through a large number of critical systems and vital equipment. The Commandant then righted his Alto and rose towards the bridge of the destroyer, effortlessly evading anti-aircraft fire from the wounded ship. Discarding the now-spent beam cannon, the Commandant's beam blade came alive with a fiery orange and was plunged into the command centre of the Portanova destroyer. Seconds later, secondary explosions rippled through the hull of the ship and it began to sink, eventually crashing into a full squad of retreating Portanovas.

The wall had held and J-City was safe again.

But for how long? 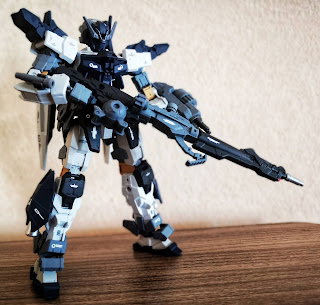 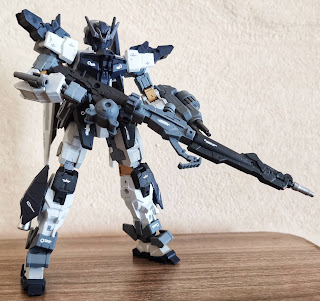 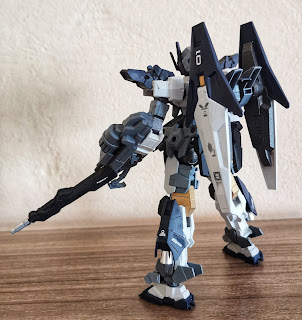 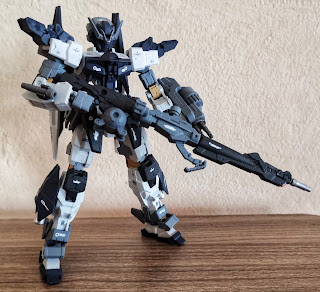 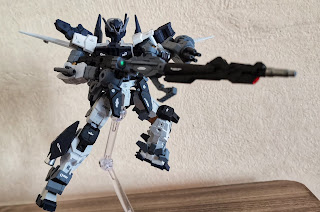 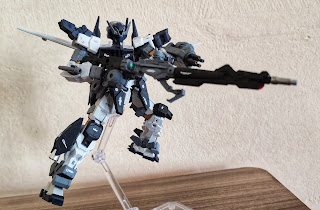 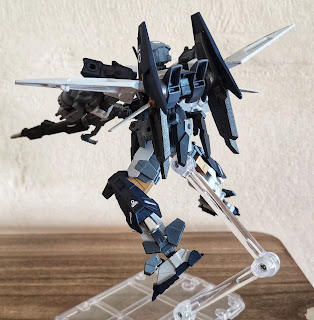 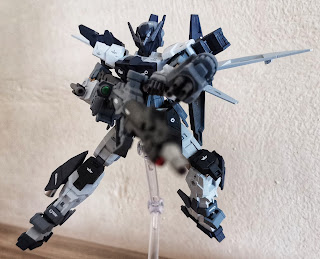 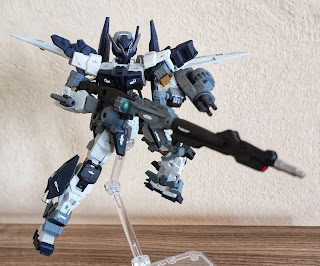 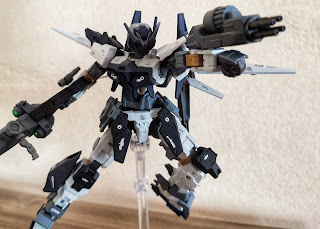 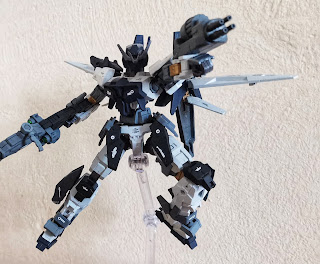 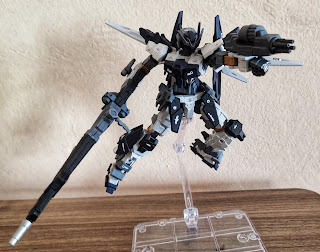 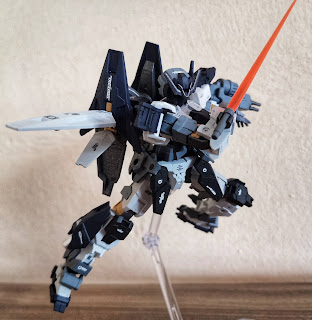 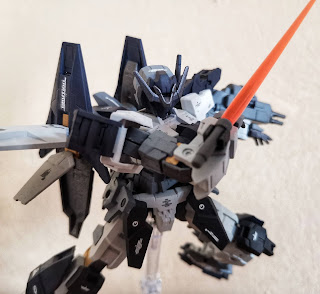 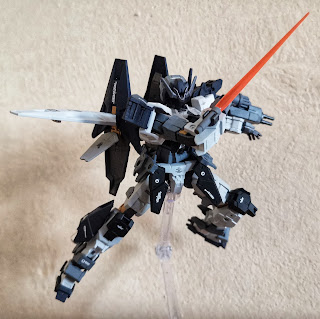 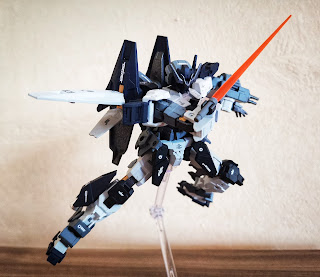 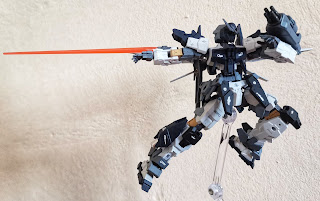 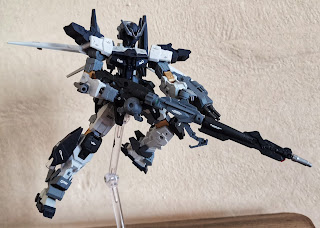 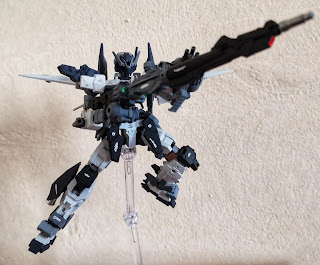 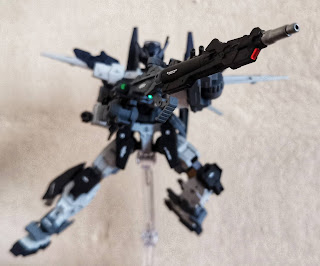 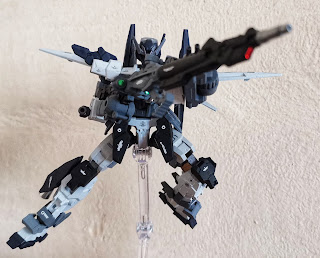 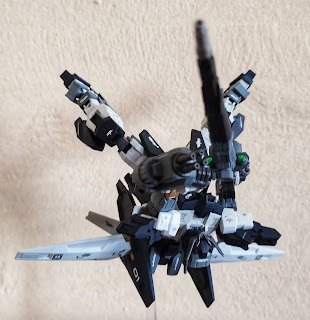 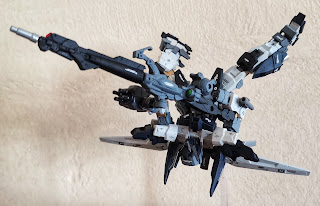 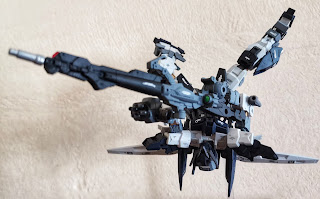 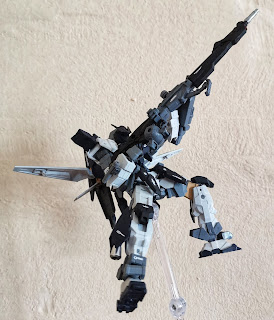 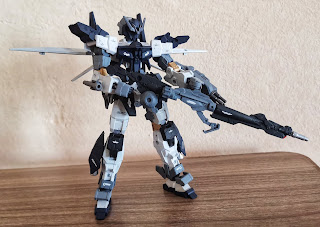