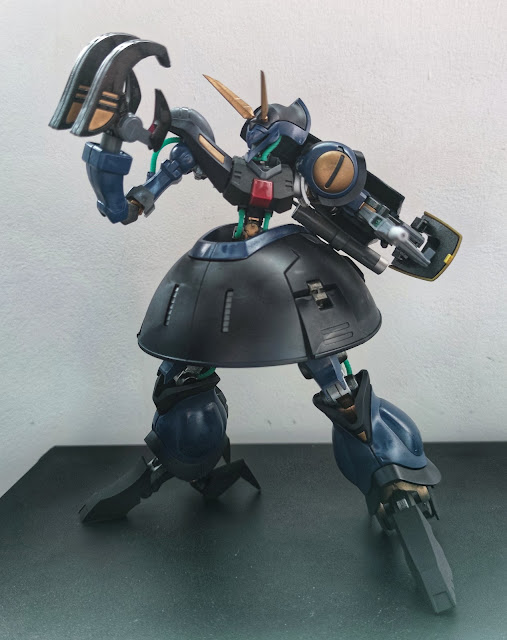 Model Number: NRX-055
Designation: Titans Limited Production Newtype-use Transformable General-Purpose Mobile Armor
A huge mobile weapon is in line with the Titans' onus on keeping the peace through any means necessary.
The complete version of the Baund Doc intended for limited mass production was done up in the Titans' signature colourway to instill fear in their many enemies, as if the god of death Anubis-like visage of the massive Baund Doc was not sufficient deterrence. The combat-ready variant of the mobile armour retained all of the prototypes' armament and systems, with a refinement of the operating system for lesser strain on the mental faculties of the Newtype pilots. It also had improved command and control capabilities for field operations, allowing it to be used as a mobile command centre to direct Titans forces.
Gallery 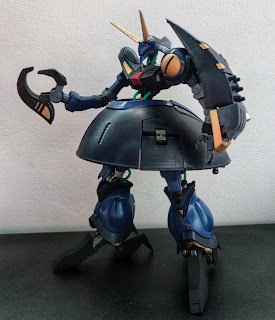 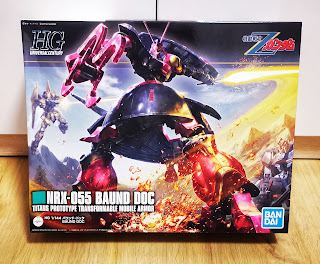 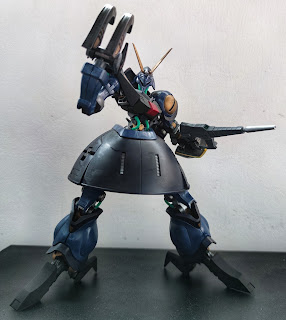 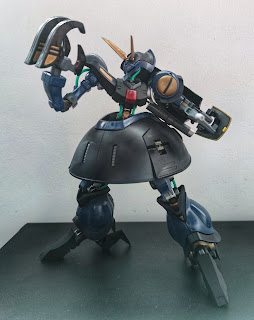 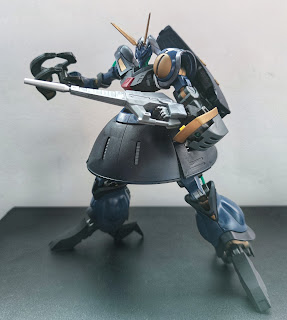 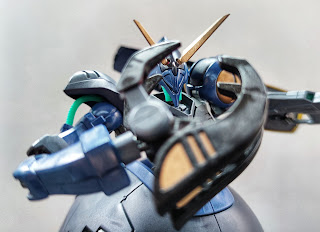 Posted by Gunplanerd at 8:07 PM